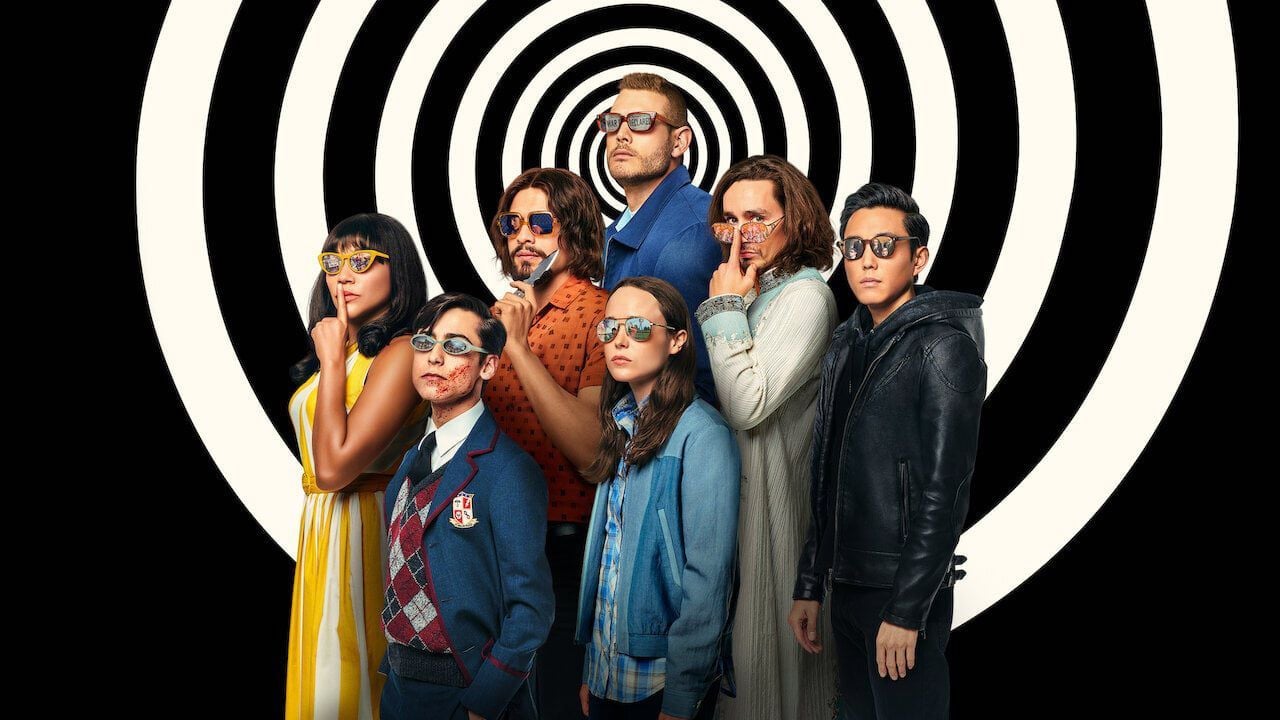 Has ‘The Umbrella Academy’ season 2 jumped the shark?

The long awaited season 2 of The Umbrella Academy has finally arrived! Season 1 was a crazy conglomeration of setpieces driven by a makeshift family of misfits led by an eccentric & emotionally – and many times physically – unavailable father figure. In season 2, The Umbrella Academy has expanded its universe & heroes in distinct ways that are enjoyable, eclectic,  and – frankly – insane. 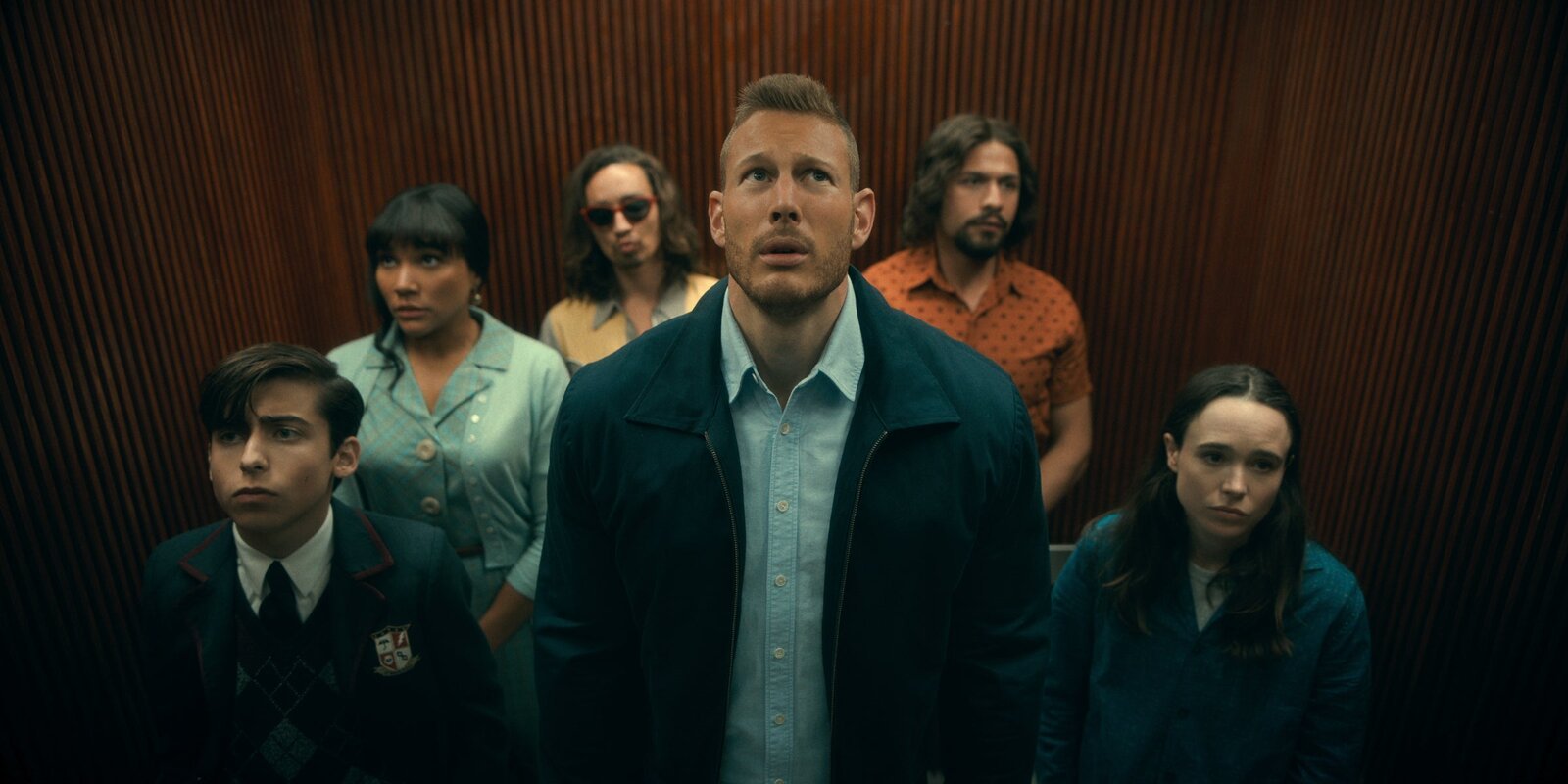 In season 1, forty-three children were born with superpowers in the year 1989. Seven of these children were adopted by a mysterious billionaire named Reginald Hargreeves (Colm Feore).

Raised by the strict & abusive Reginald Hargreeves, a caretaking robot named Grace (Jordan Robbins), and a well-dressed, talking primate named Pogo, the seven Hargreeves children evolve into a dysfunctional superhero squad known as The Umbrella Academy. Rather than give them names, the senior Hargreeves assigns the children numbers according to their perceived usefulness. According to him, they are fated to save the world.

Alas, at the end of the first season of The Umbrella Academy, unable to avert the cataclysm they themselves caused, the Hargreeves siblings leap to safety through a portal opened by time-traveling sibling Five. 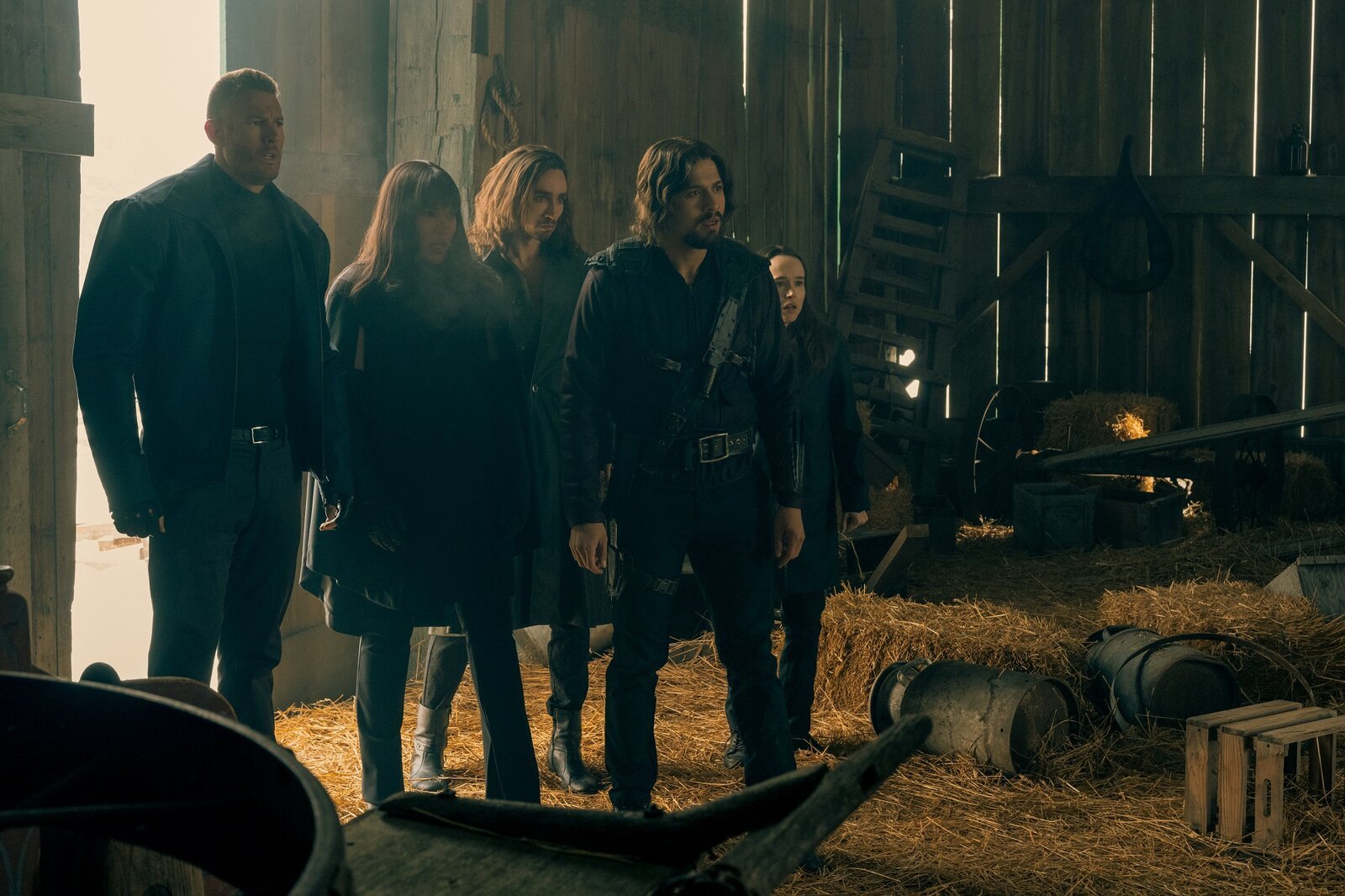 After jumping through the portal at the end of Season 1, the Hargreeves are separated and spread out in separate pockets of time before November 22, 1963 – the day President John F. Kennedy is shot in Dallas. It’s also about twenty-six years before they were all born.

And as it turns out, although they’ve timed-hopped, there’s another cataclysmic event happening that they need to stop. But it’s going to be a challenge when they aren’t in the same place or even at the same time. The Umbrella Academy writing staff, under the aegis of showrunner Steve Blackman, have reworked the show’s premise by focusing less on the admittedly thin central mystery, and more on the dynamics between the members of the dysfunctional Hargreeves clan.

Separated by time, The Umbrella Academy’s denizens encounter other characters who have no knowledge of their true histories, forcing them to find ways to adapt. This approach allows the audience to get more insight into the characters’ minds & emotions. 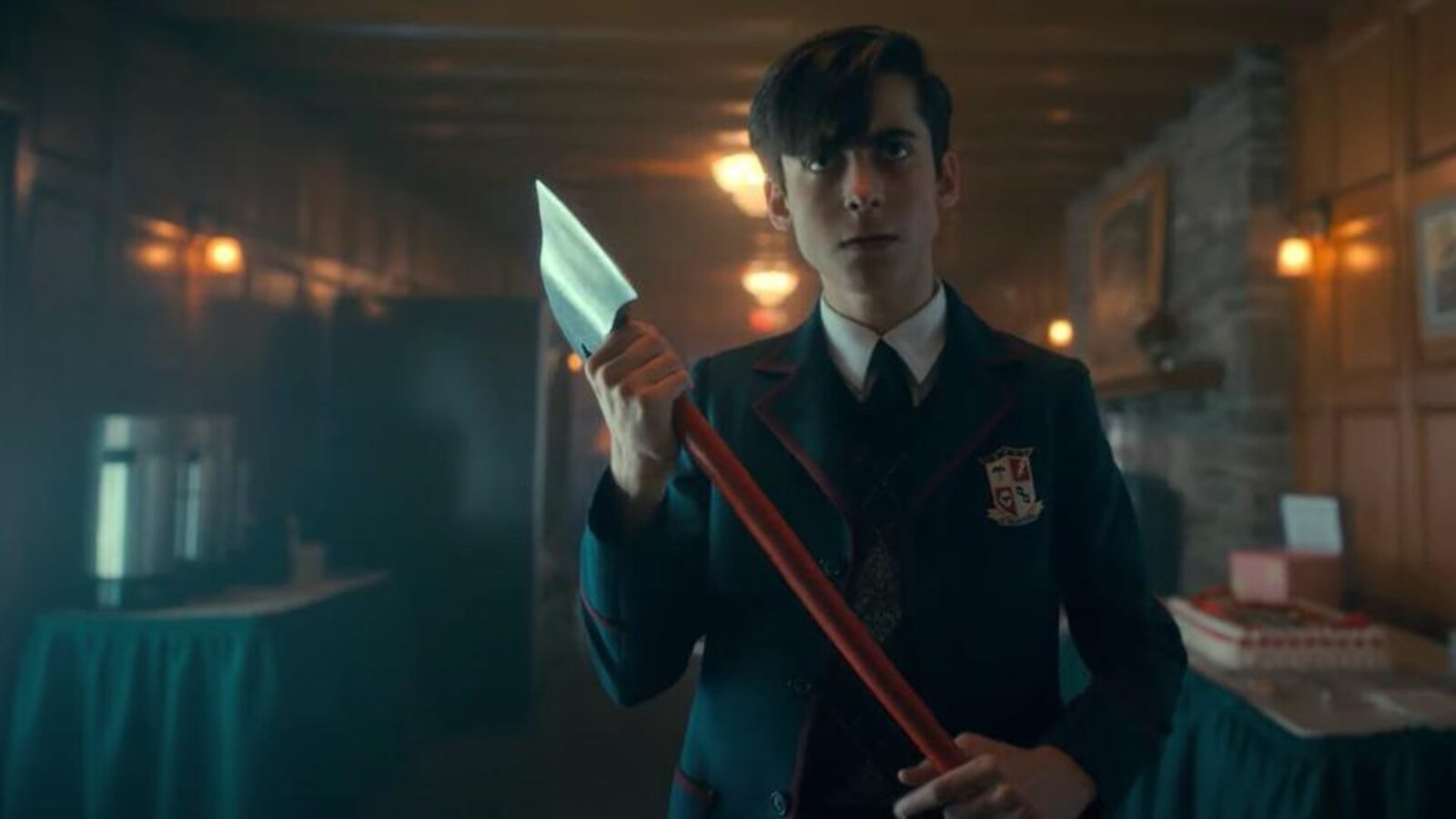 For example, the most underdeveloped character Diego (David Castañeda) drops the cheesy, grandiose Batman-knockoff routine, and gives us better insight into his mind’s inner workings. He gets locked up in an asylum where he meets the enigmatic Lila (Ritu Arya). The new side of Diego is surprisingly fascinating and gives Castañeda a past-due spotlight moment.

Allison (Emmy Raver-Lampman), in 1961, married a man named Ray (Yusuf Gatewood), and is now involved in the fight for civil rights. Allison learns some hard, dehumanizing lessons in Jim Crow-era Texas, of which her siblings are blissfully unaware.

Ellen Page’s Vanya, thrown into 1962, suffers from amnesia, clearing the way for re-establishing relations with her family. It’s a scenario that could have become a cliche but is handled with a deft touch. 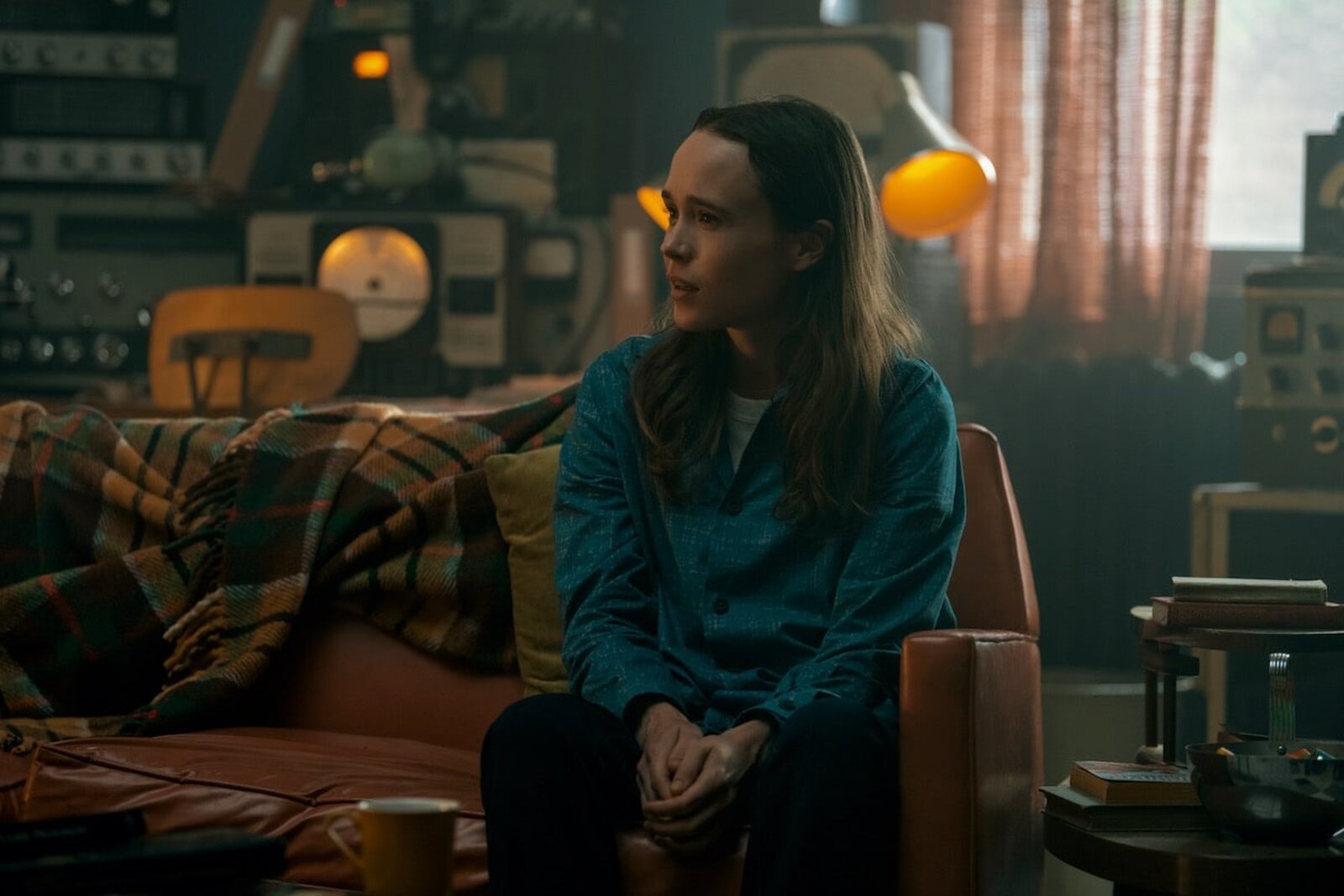 Klaus (Robert Sheehan) has one of the most ridiculous storylines. He & the deceased Ben (Justin H. Min) are thrown into 1960, where Klaus becomes a cult leader. But his new situation never changes his emotional development, picking up the plot threads of his Vietnam War trauma from The Umbrella Academy’s first season.

Also in 1962, Luther (Tom Hopper) is now working as a bodyguard to a very important man by day & an underground fighter by night. The only person who knows about the doomsday is Five (Aidan Gallagher), so once again it’s up to him to reunite his siblings and find a way to save the world from imminent destruction. 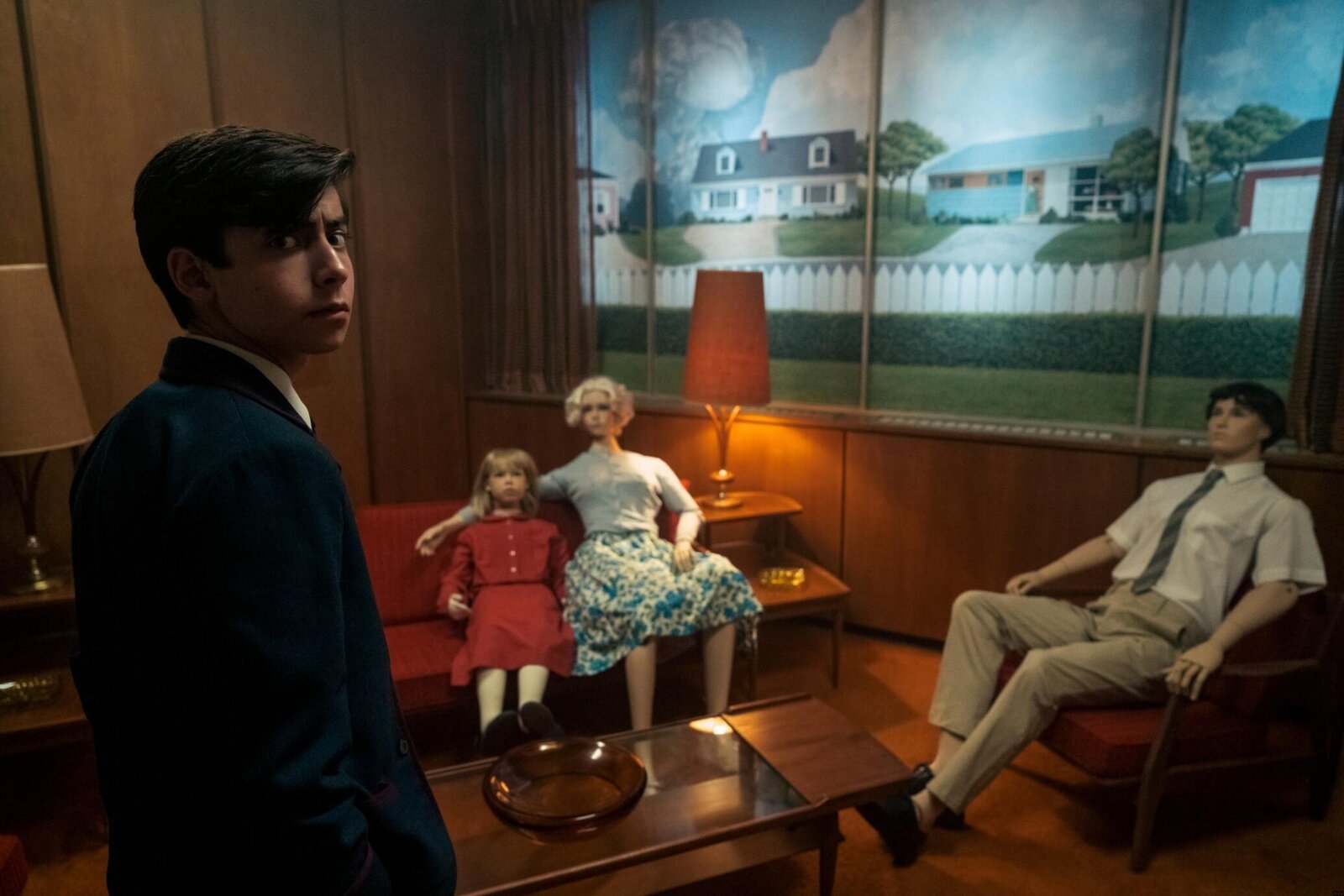 What’s a bit disappointing is the basic foundation of season 2 looks a lot like a repeat of the first season. A threat from the apocalypse still looms in the background, but the sense of urgency is lost this time around.

Another disappointing factor is that at the end of the first season, it appeared that the characters were coming together as a unit. But with them now in different “time zones”, as it were, that nascent unity is lost with the characters – once again – concerned with their own personal issues. 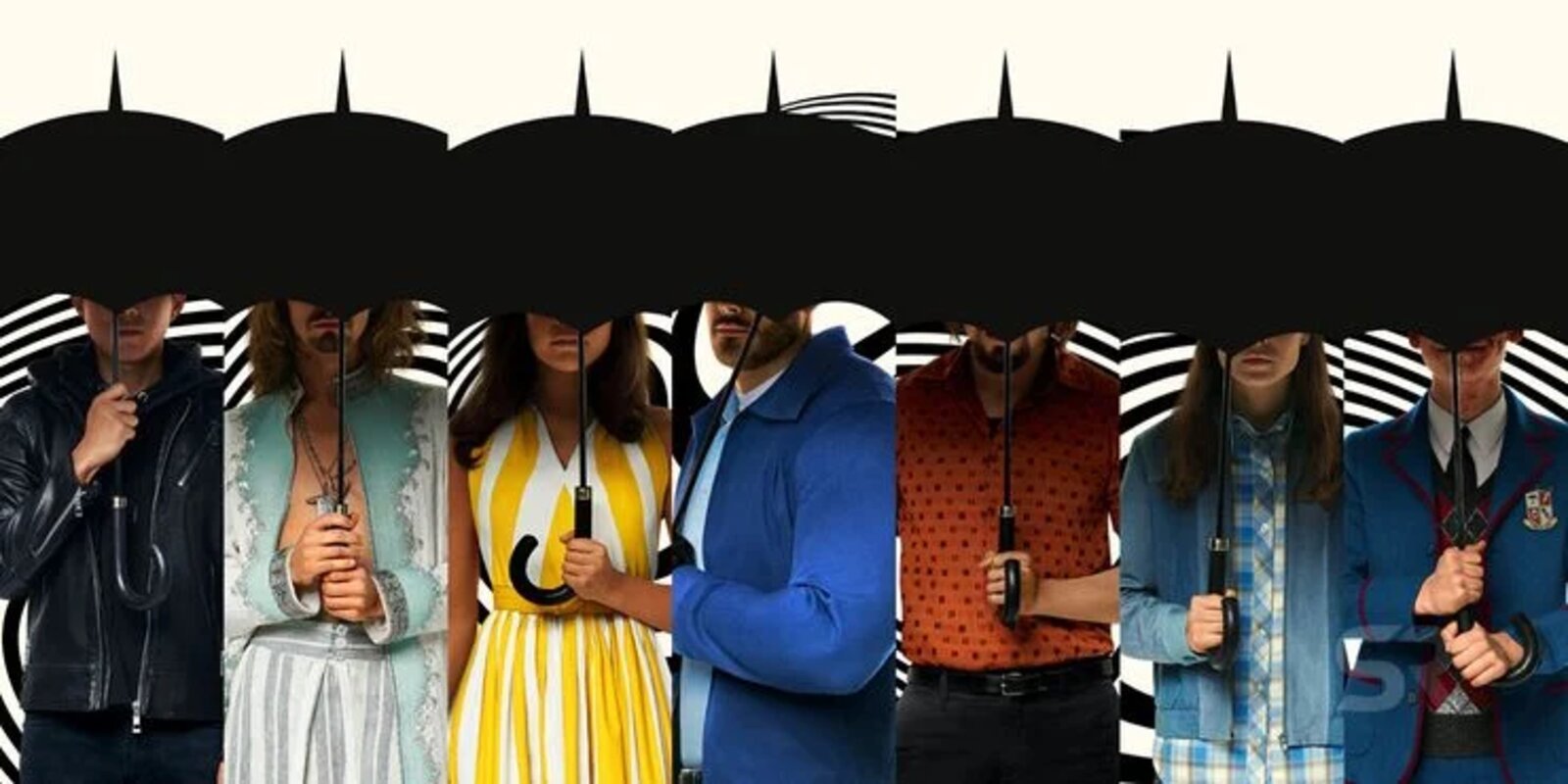 This season, the Hargreeves siblings showcase their individual superpowers much more than the last season, bringing that needed oomph to a superhero storyline. The show also brings a more emotionally resonant theme that comments on how the family works toward bridging the gulf between wanting to change behavior & actually accomplishing it.

The Umbrella Academy season 2 manages to balance both heroics & humanity with characteristic panache.