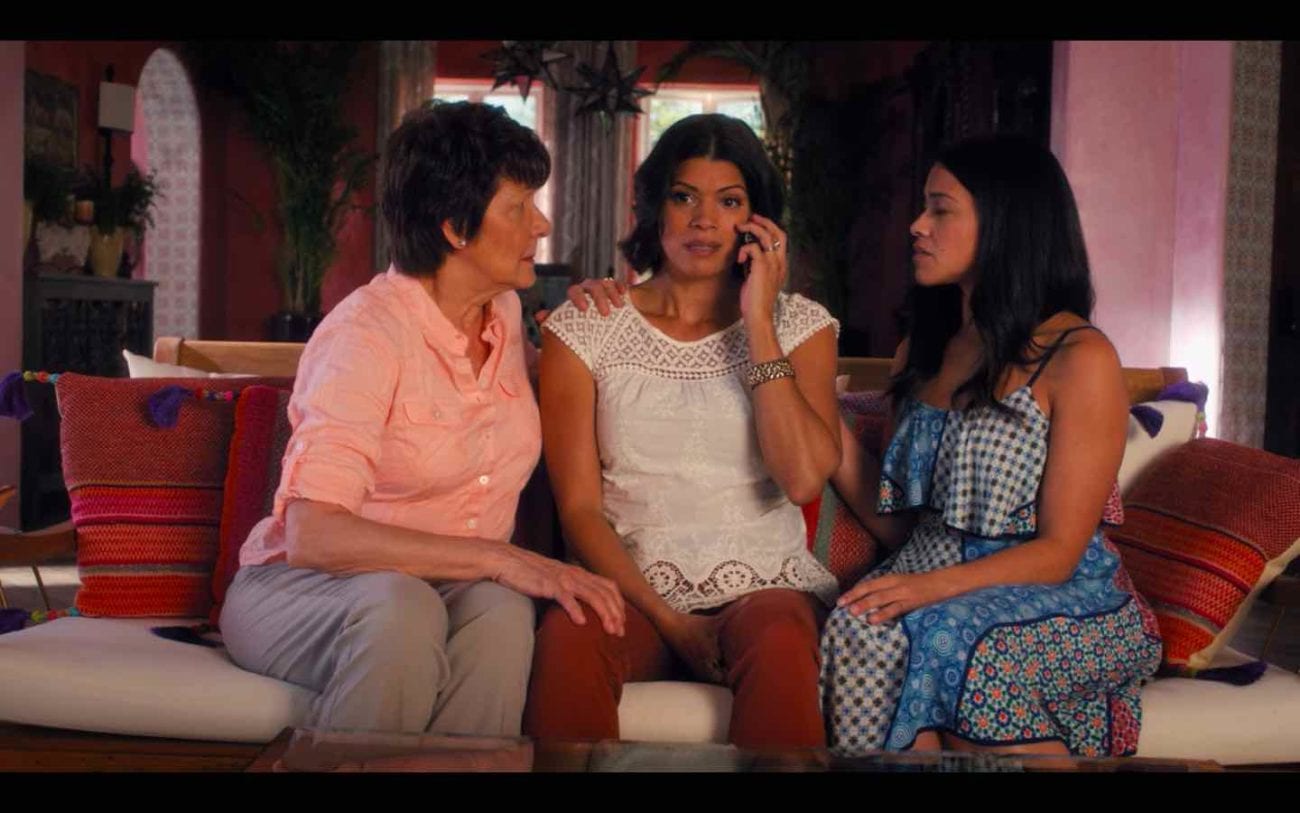 ‘Jane the Virgin’ “Chapter 92” recap: How Xio and Ro got their groove back

Last week’s Jane the Virgin “Chapter 91” was honestly too boring of an episode for me to recap, which was a stark contrast to the excellent “Chapter 90”, in which Jane worked through long-underlying issues with her father Rogelio.

Jane the Virgin has always been best when focusing on the ensemble cast, so episodes about the melodrama of Jane & Raf (like the similarly disappointing Chapter 89) are simply weaker than those weaving together the complicated lives of our heroes at a breakneck speed – yet they make total sense by the end.

At this point we don’t even care who Jane will or won’t marry at the end of this season, we just want to make sure we’re going to get some good old telenovela fun on the run up to the endgame.

Sadly, this week’s narrative doesn’t feature Dark Luisa and exactly what hideous betrayal Rose had her agree to at the end of “Chapter 91” (which was honestly the most interesting part of the episode). But we did get a whole load of Jorge & Alba (more on that in a future feature), devil-child Mateo, Petra and the Marbella, and our absolute favorite part of the show: Xio & Ro.

We’re officially dedicating this recap to the unsung heroes of Jane the Virgin: the dynamic duo without whom none of the storylines gel at all. Here’s the story of how Xio & Ro (De La Vega) “got their groove back” (h/t to our dear Narrator).

If you didn’t know already, Xio spent most of S4 in chemotherapy after discovering she had breast cancer. Things began looking up for her in S5 as she finished her chemo sessions – but she has still been haunted by the ghost of her illness. At the beginning of “Chapter 92”, everyone is glad to hear her doctor wants to run some tests to see if she’s finally cancer-free. 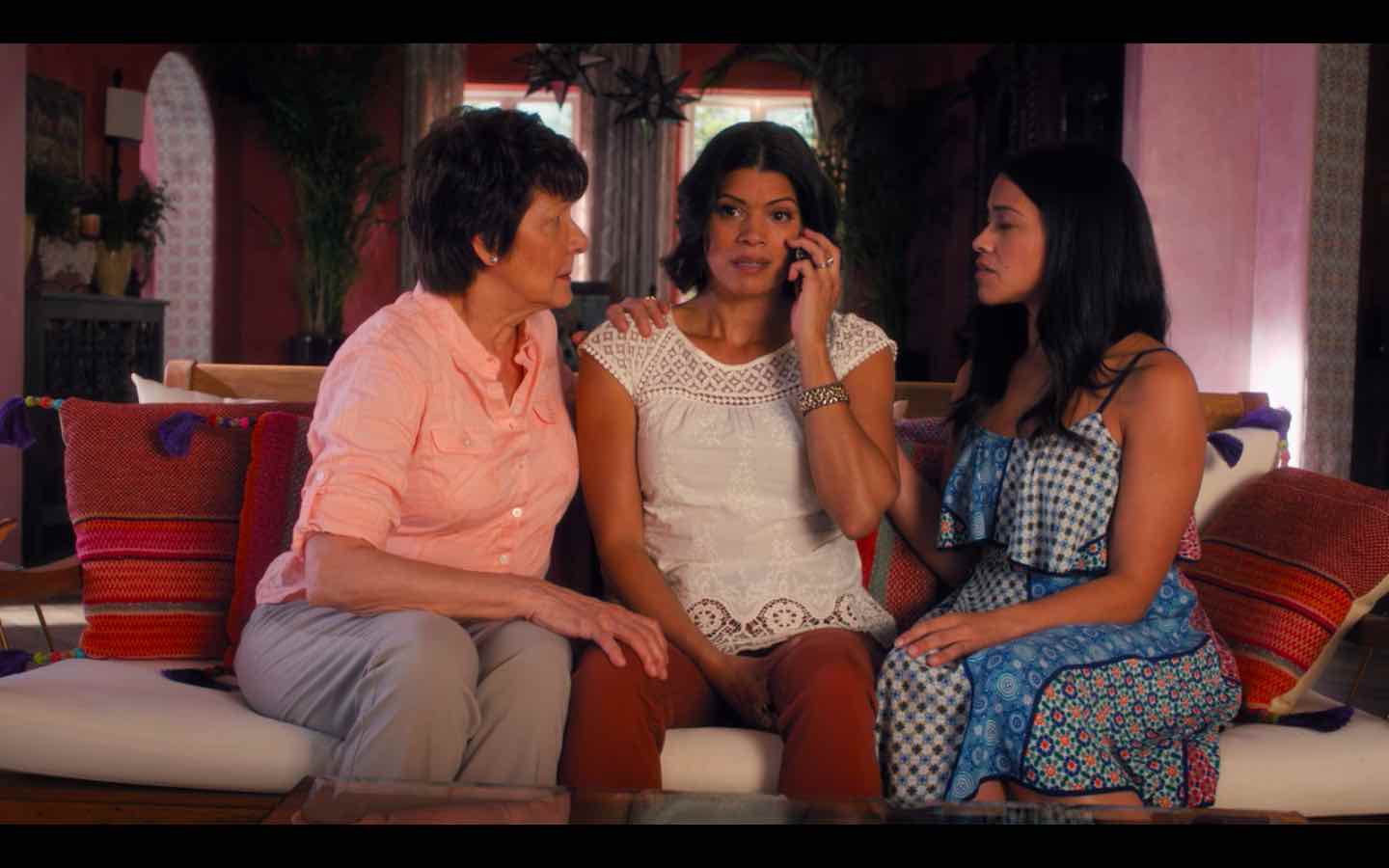 After her PET scan, the Villanueva women flock together to wait for the results. 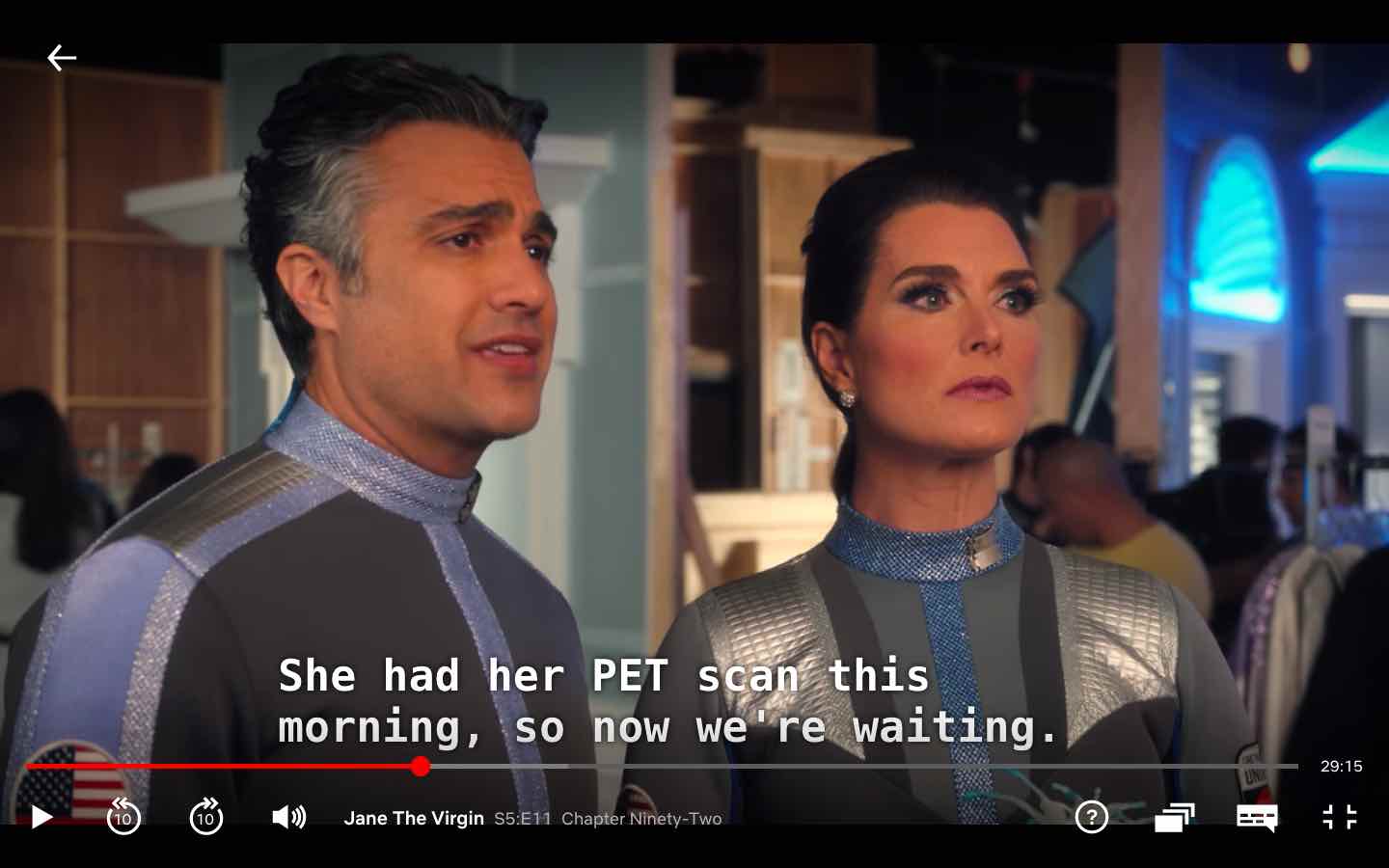 And Rogelio is waiting too. 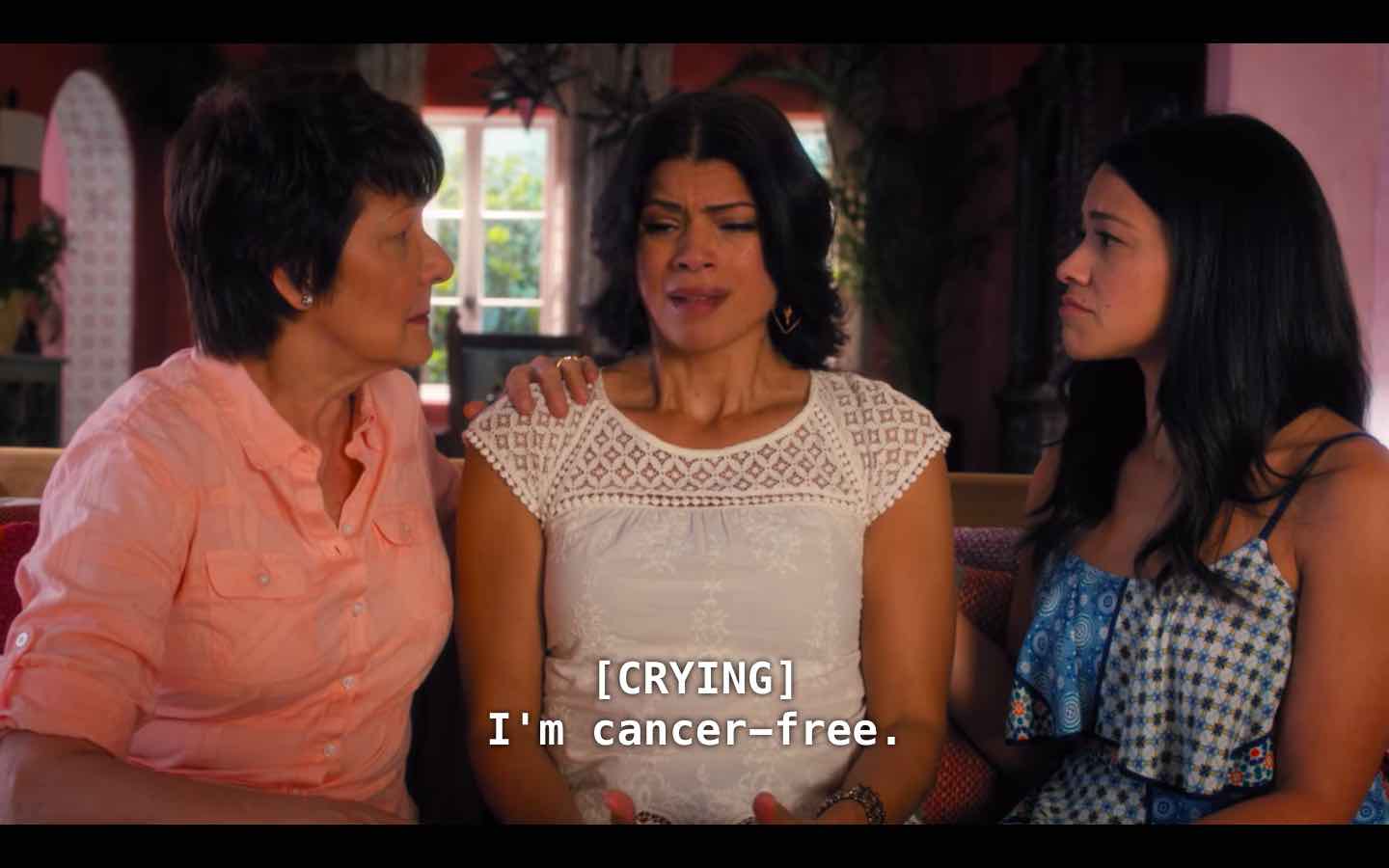 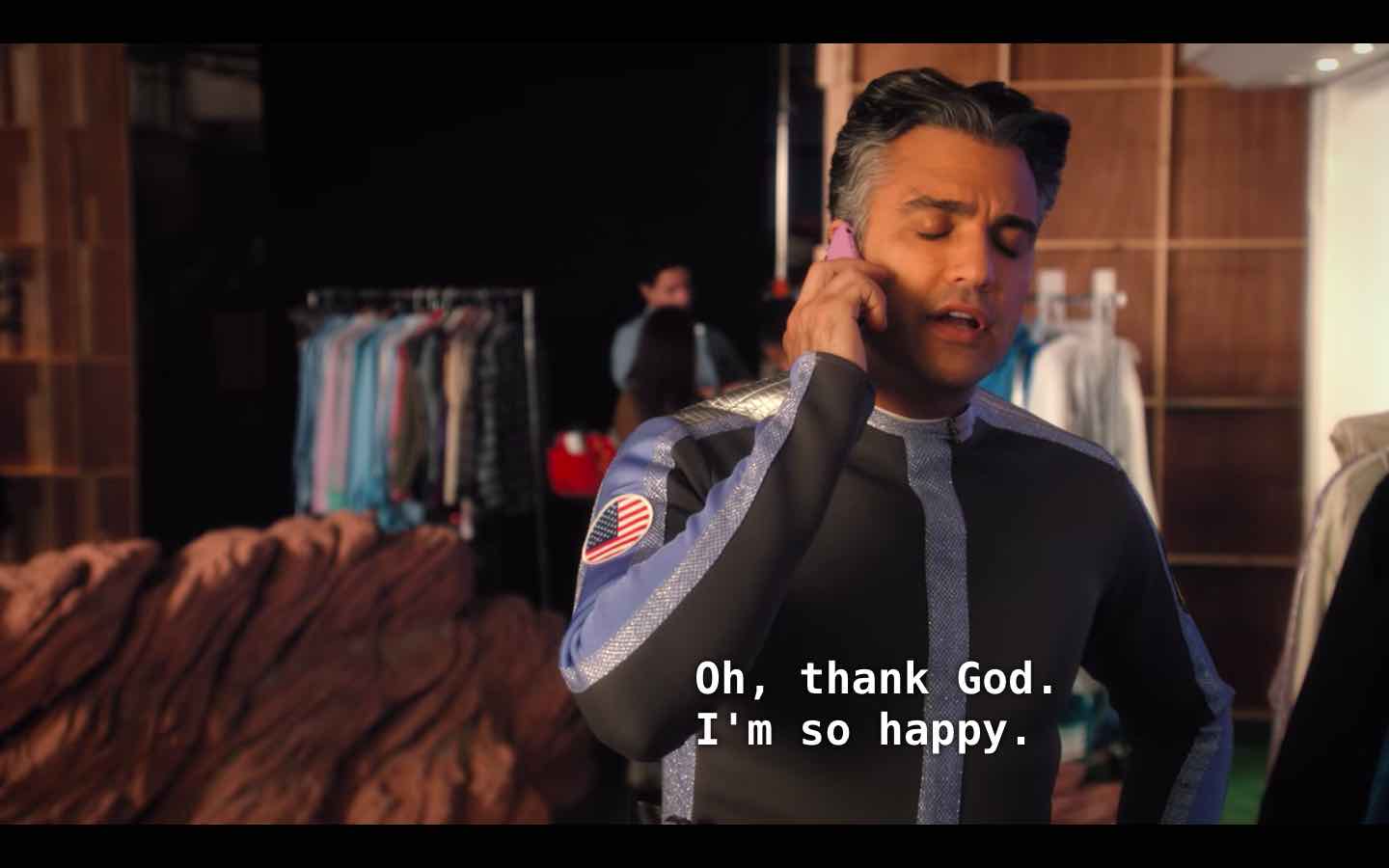 Everyone’s delighted when she’s given the all-clear! 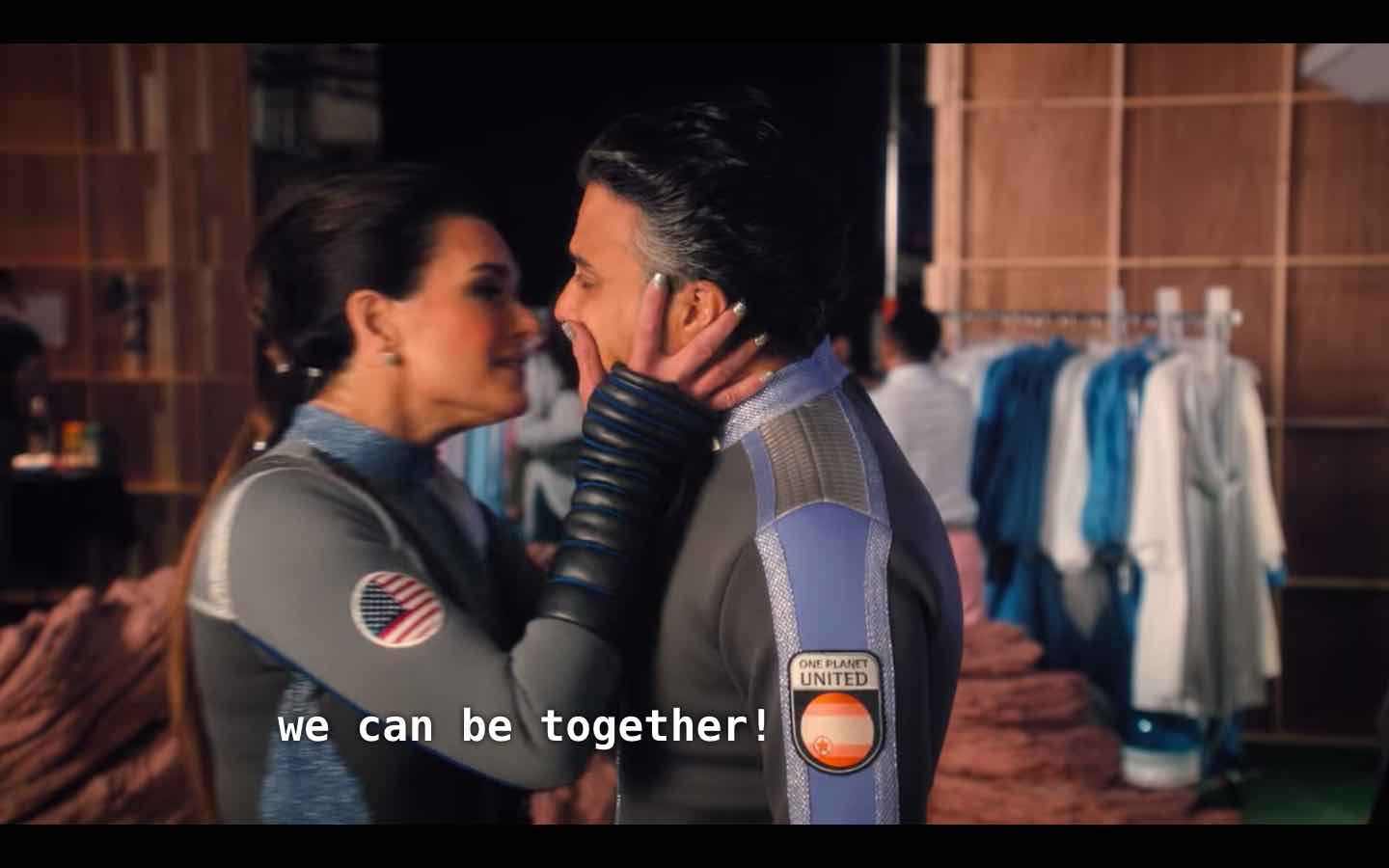 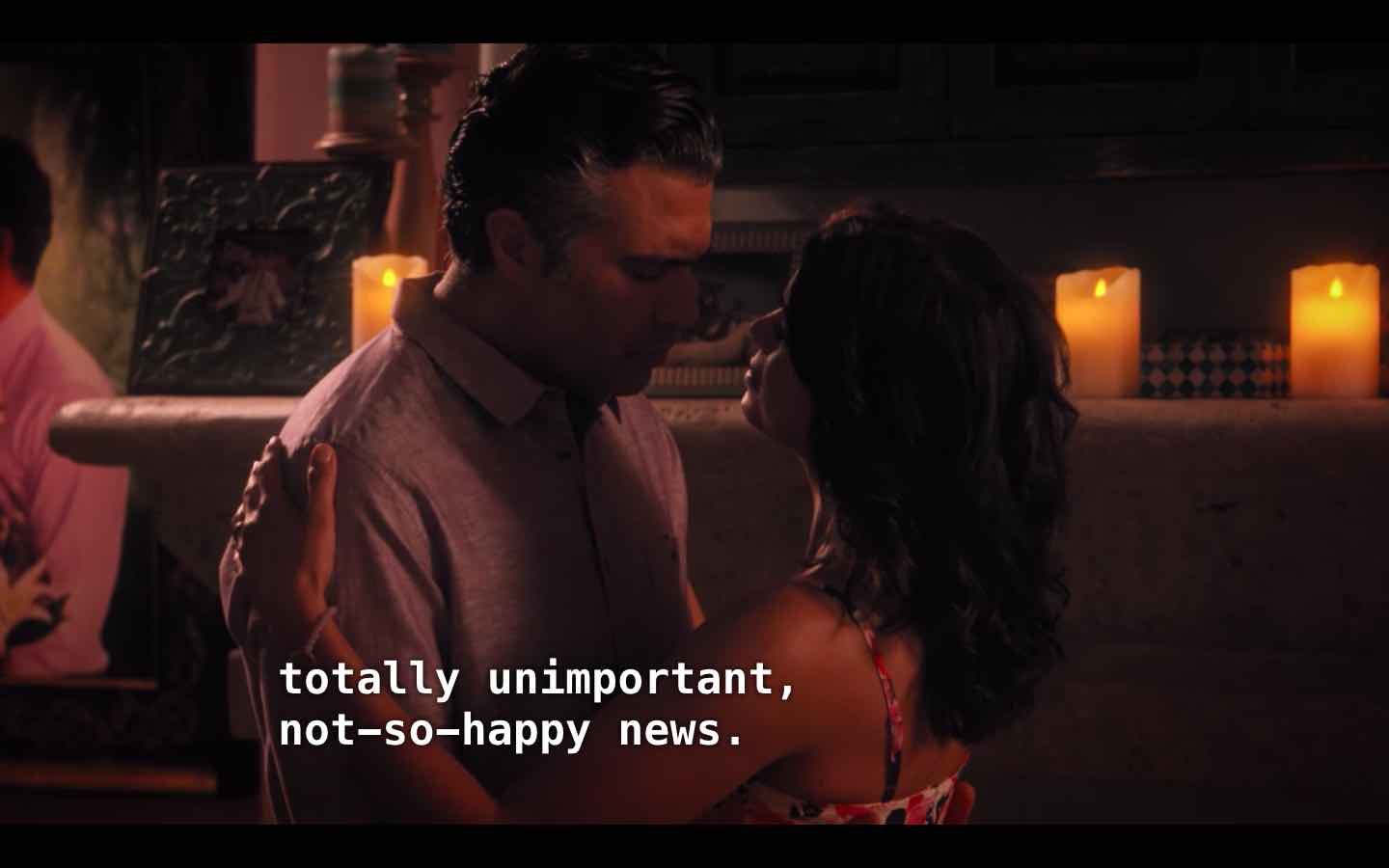 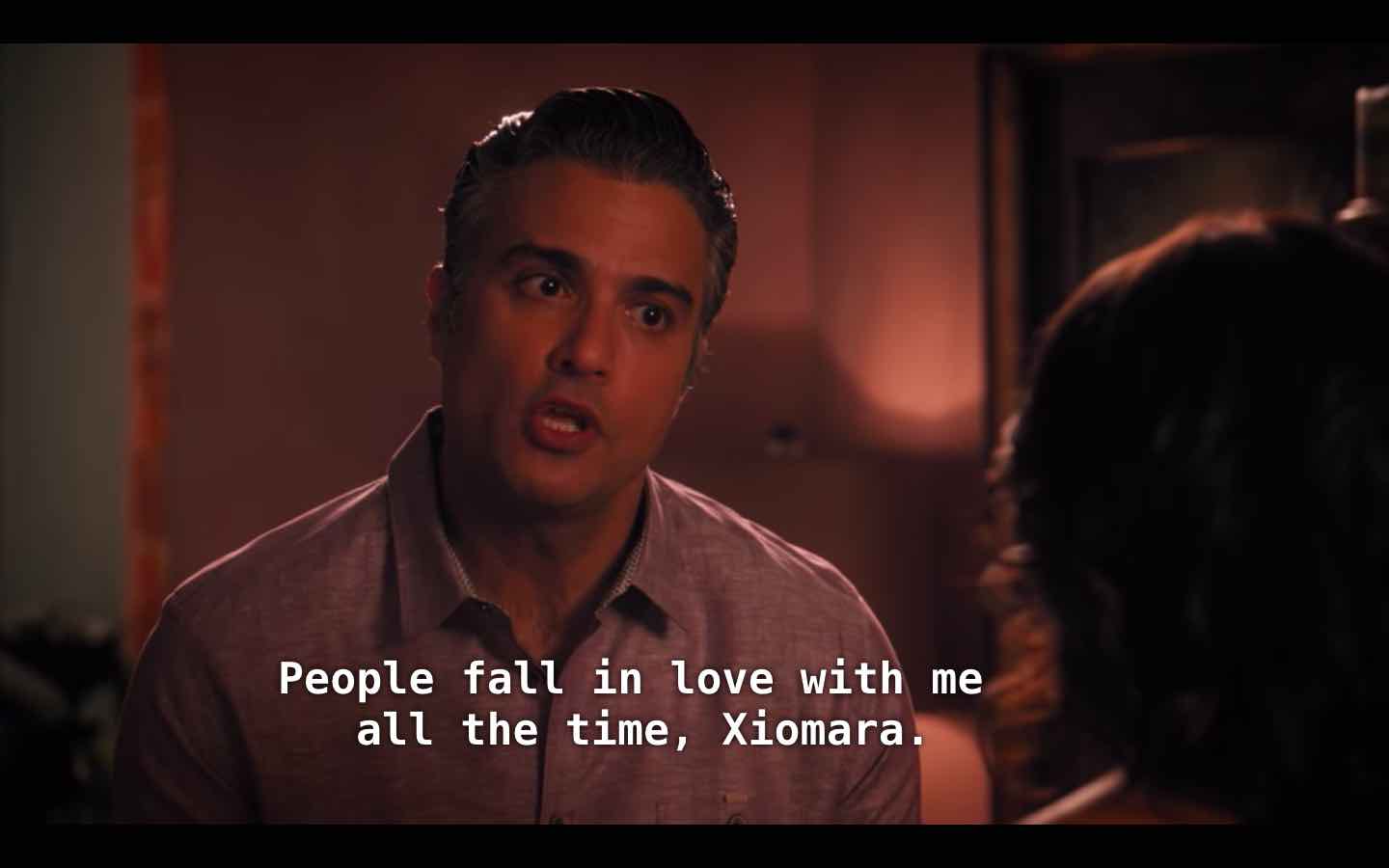 Waiting till he gets home, Rogelio tells Xiomara about River’s advances. 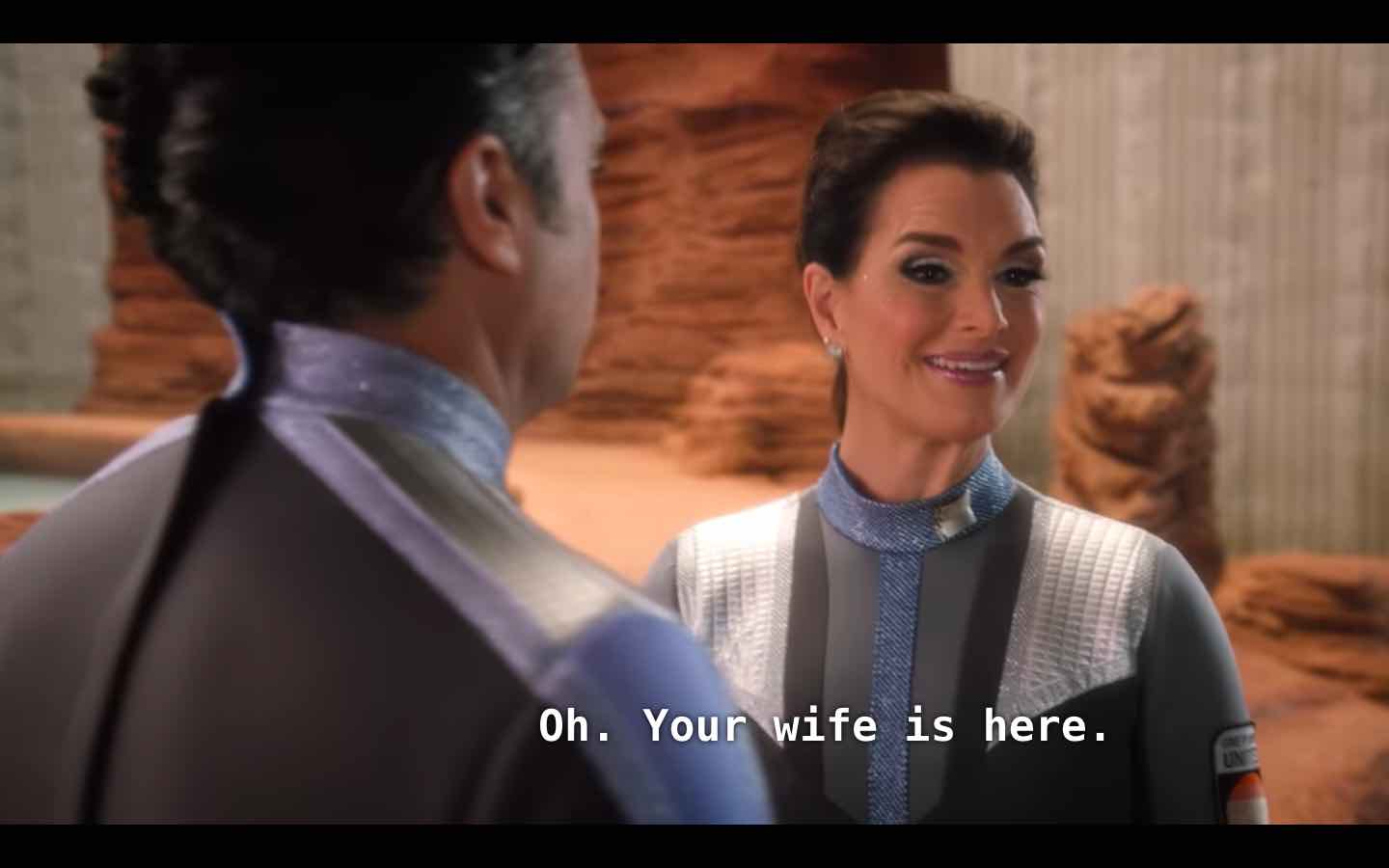 Xio still decides to come to the This is Mars taping. 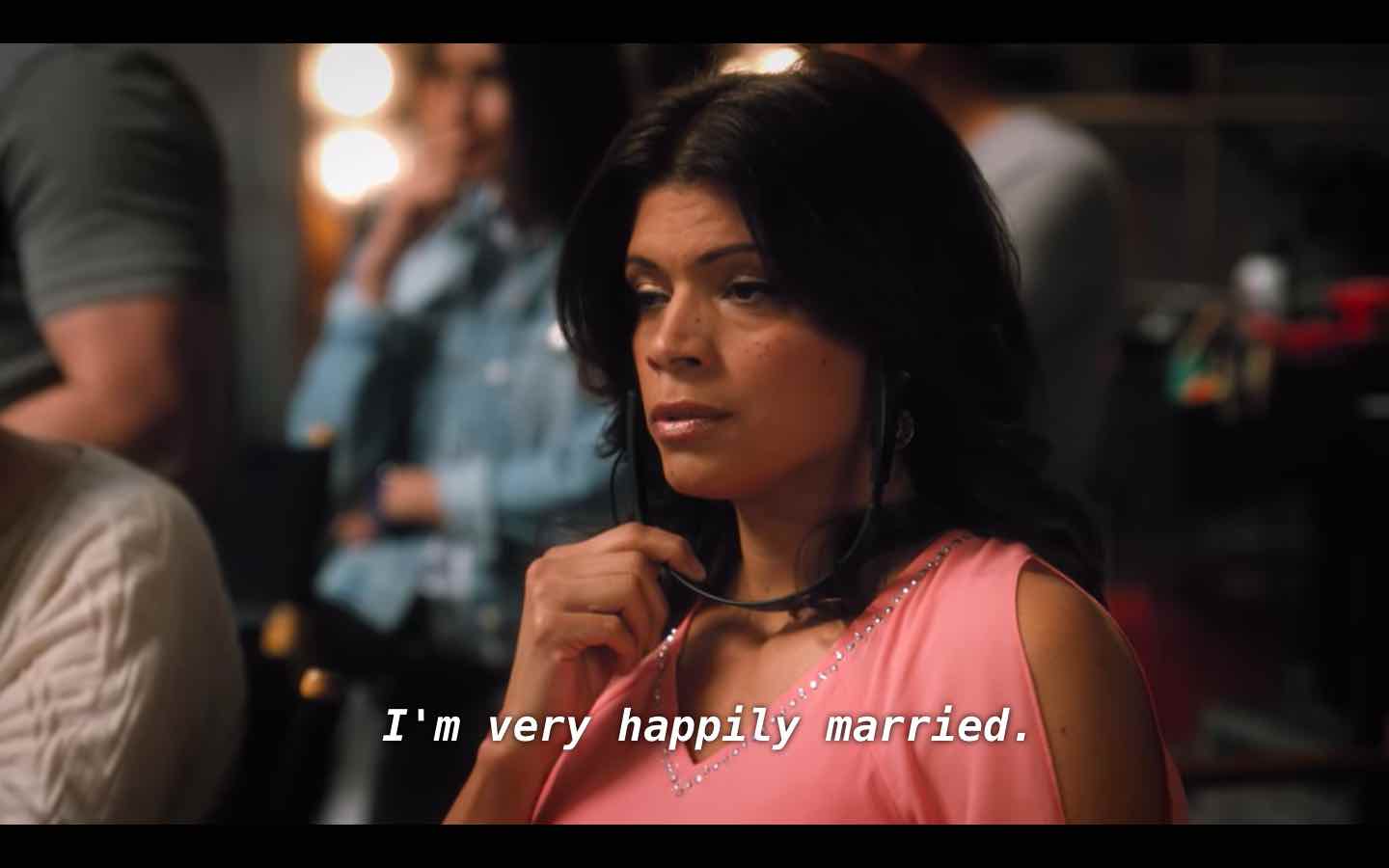 . . . but things heat up when Ro & River are called to have sex next to a Martian lake. 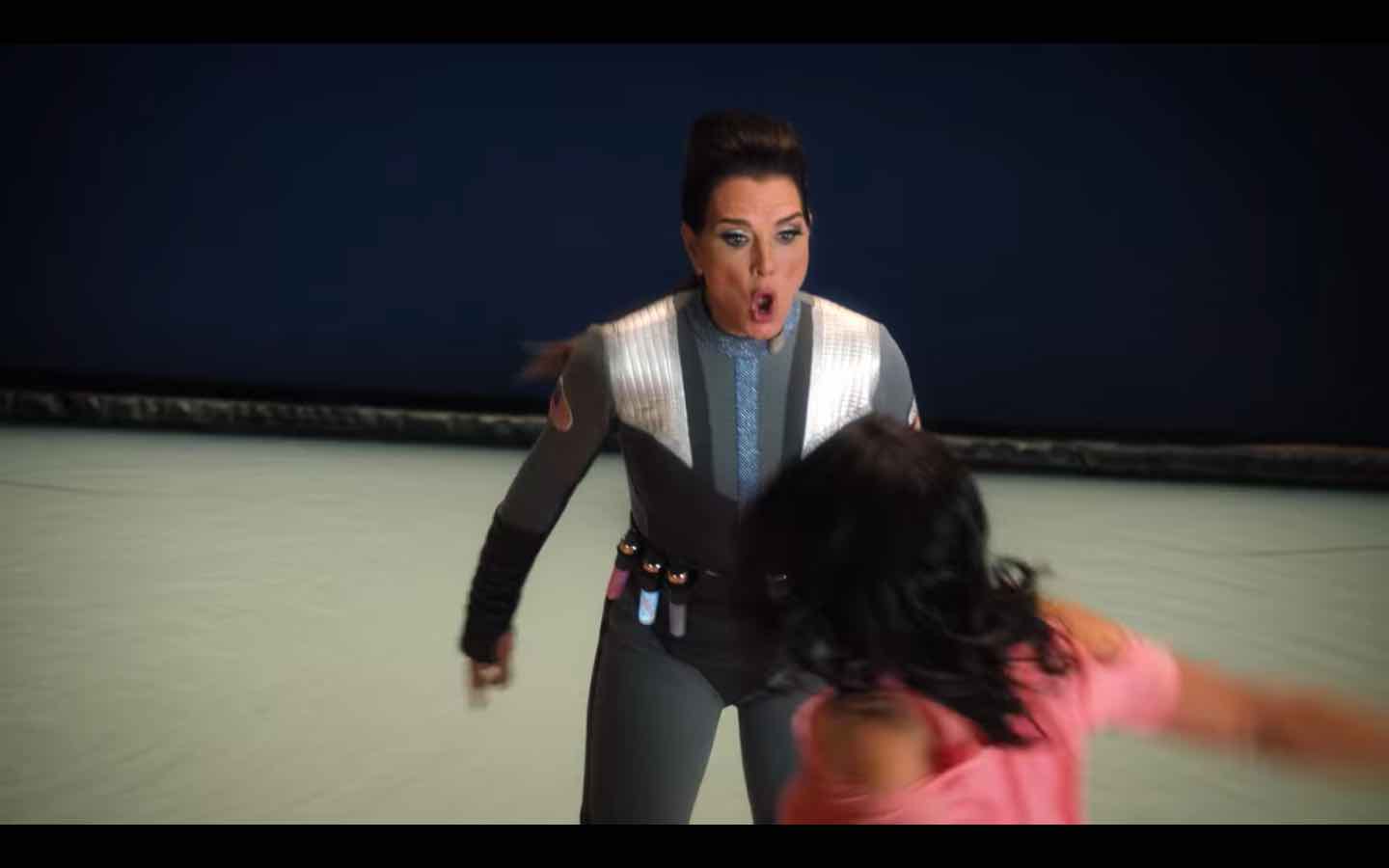 Xio loses her shit when River takes things too far and leans back in for a passionate kiss after the director yells “Cut!” 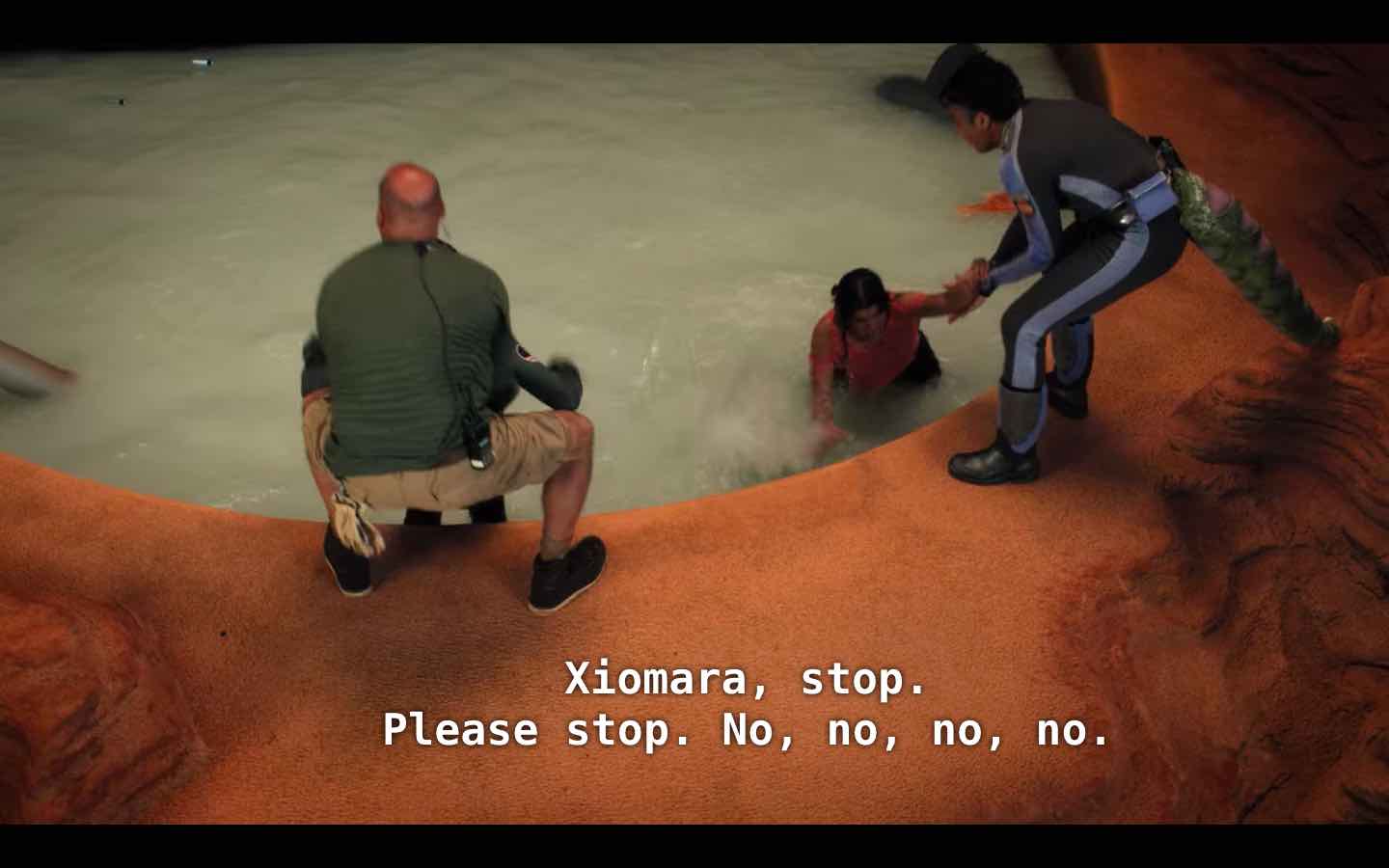 Rogelio tells his wife she needs a timeout in his dressing room. 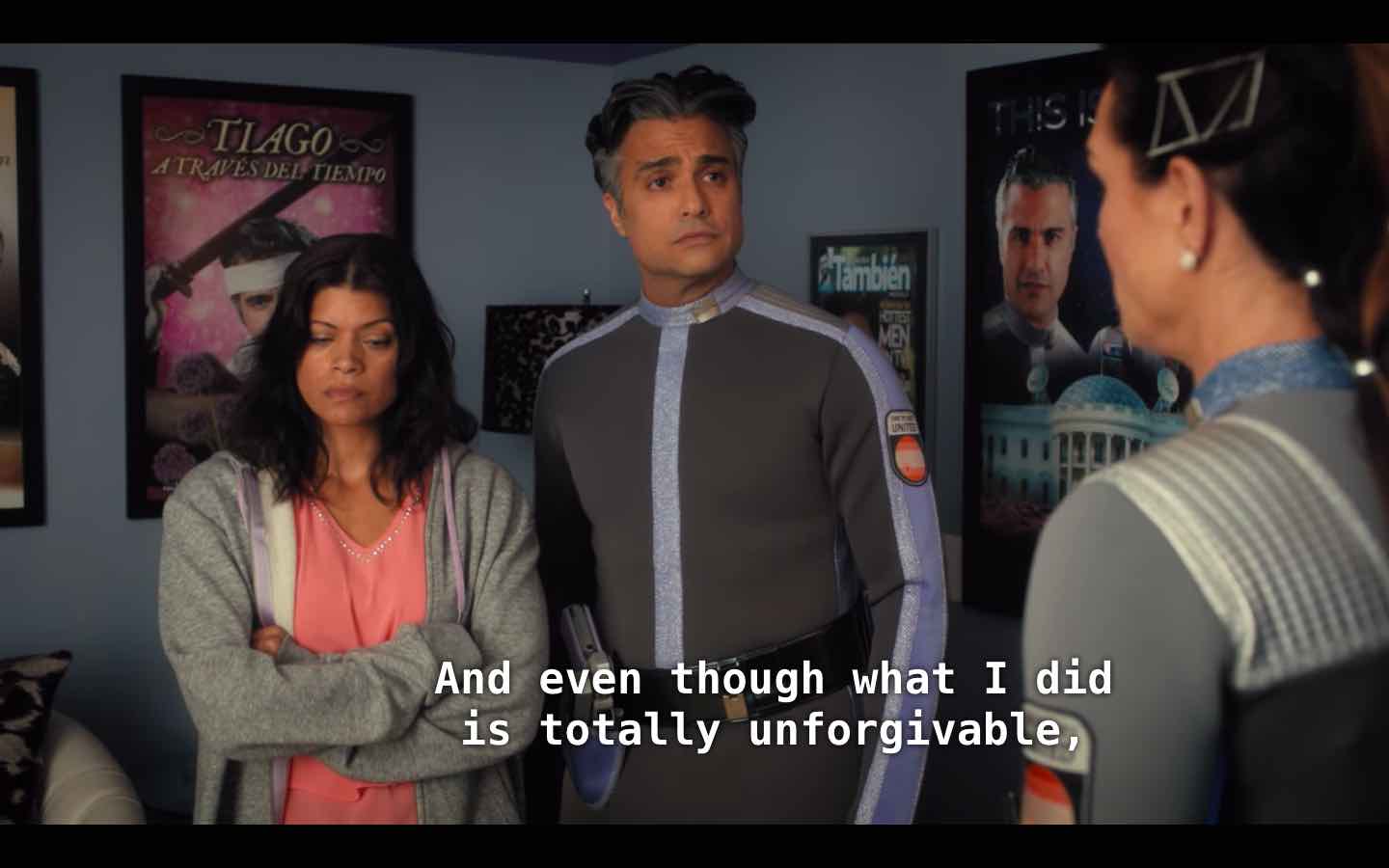 River follows and gives a heartfelt apology to Rogelio & Xiomara. 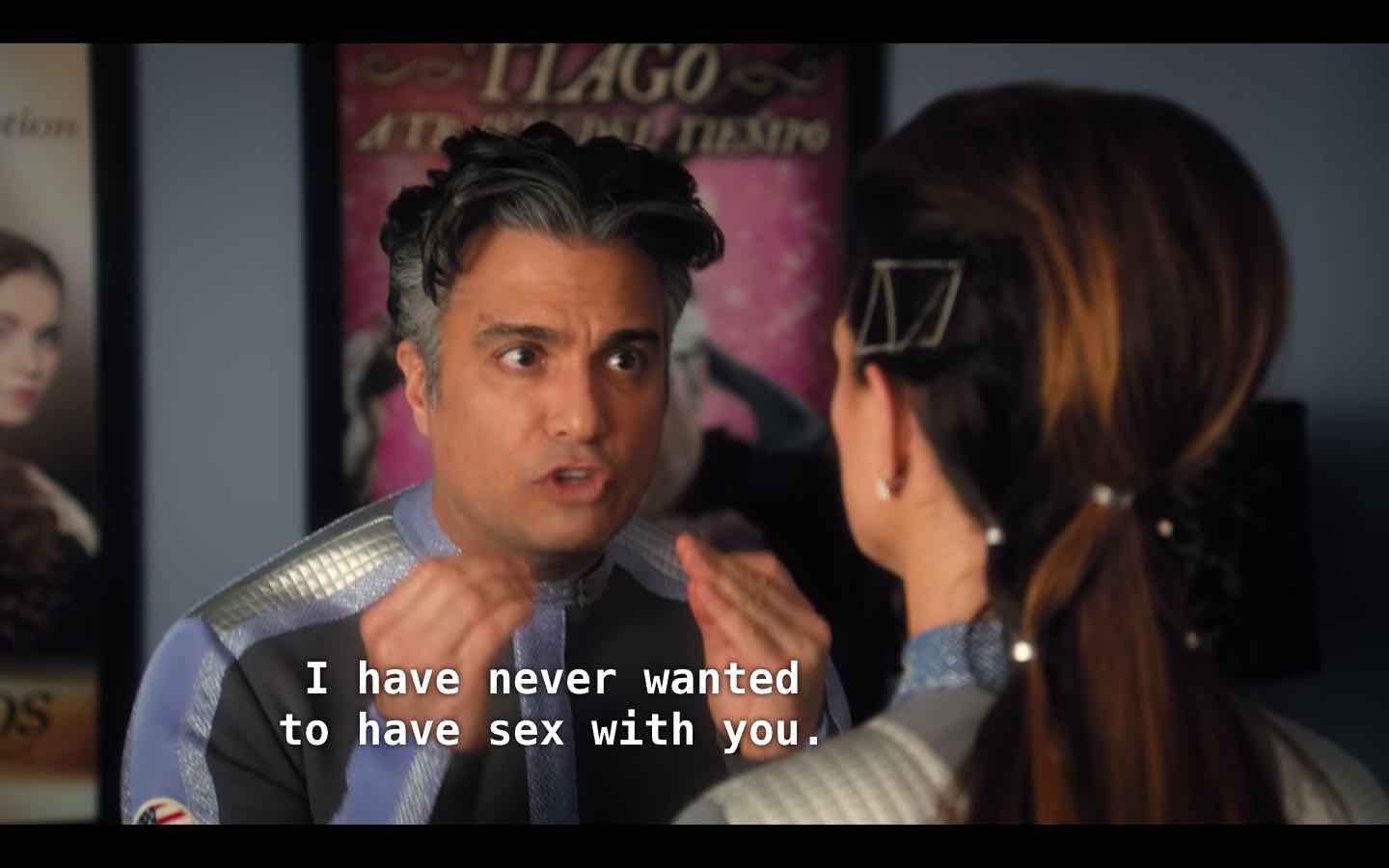 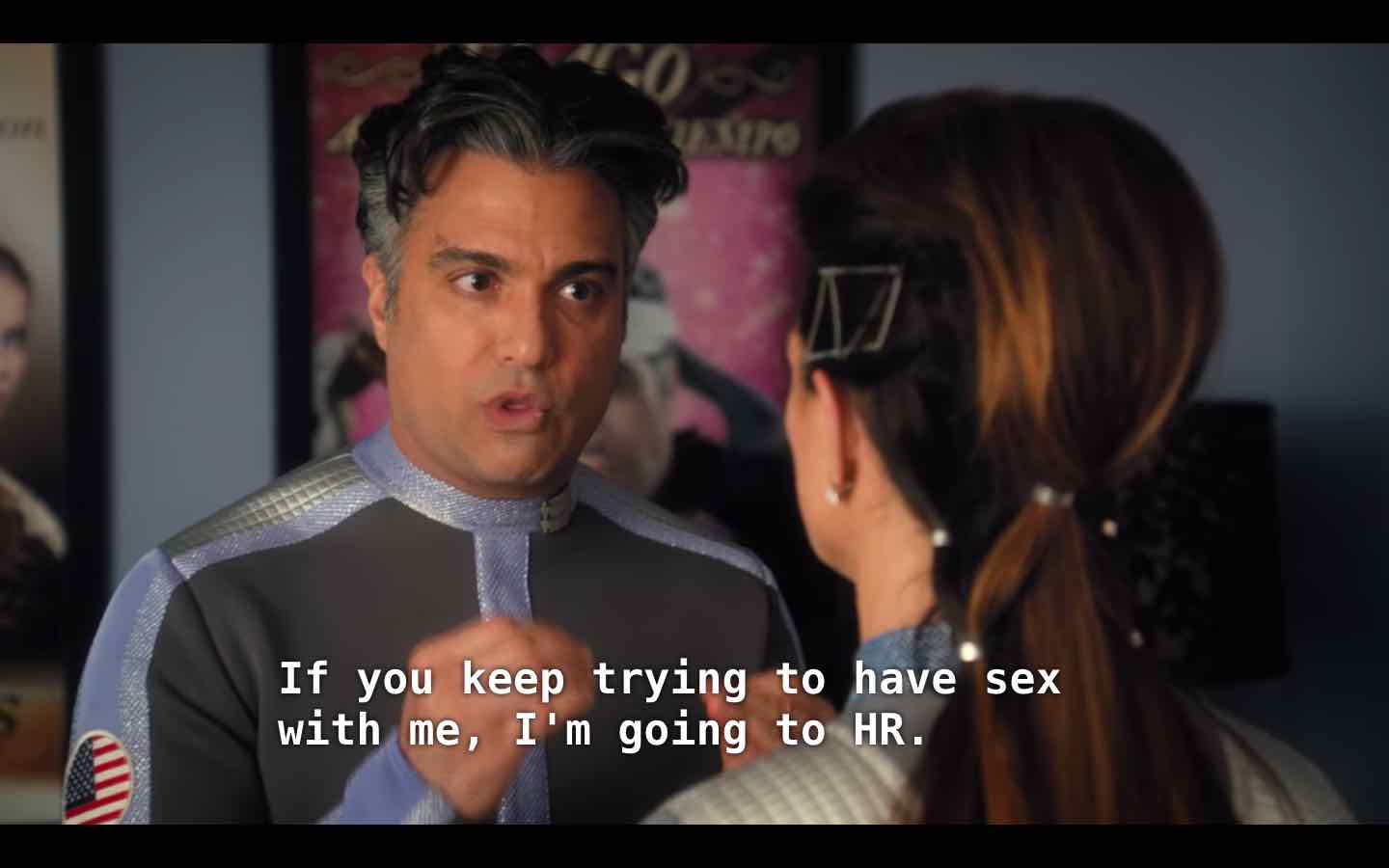 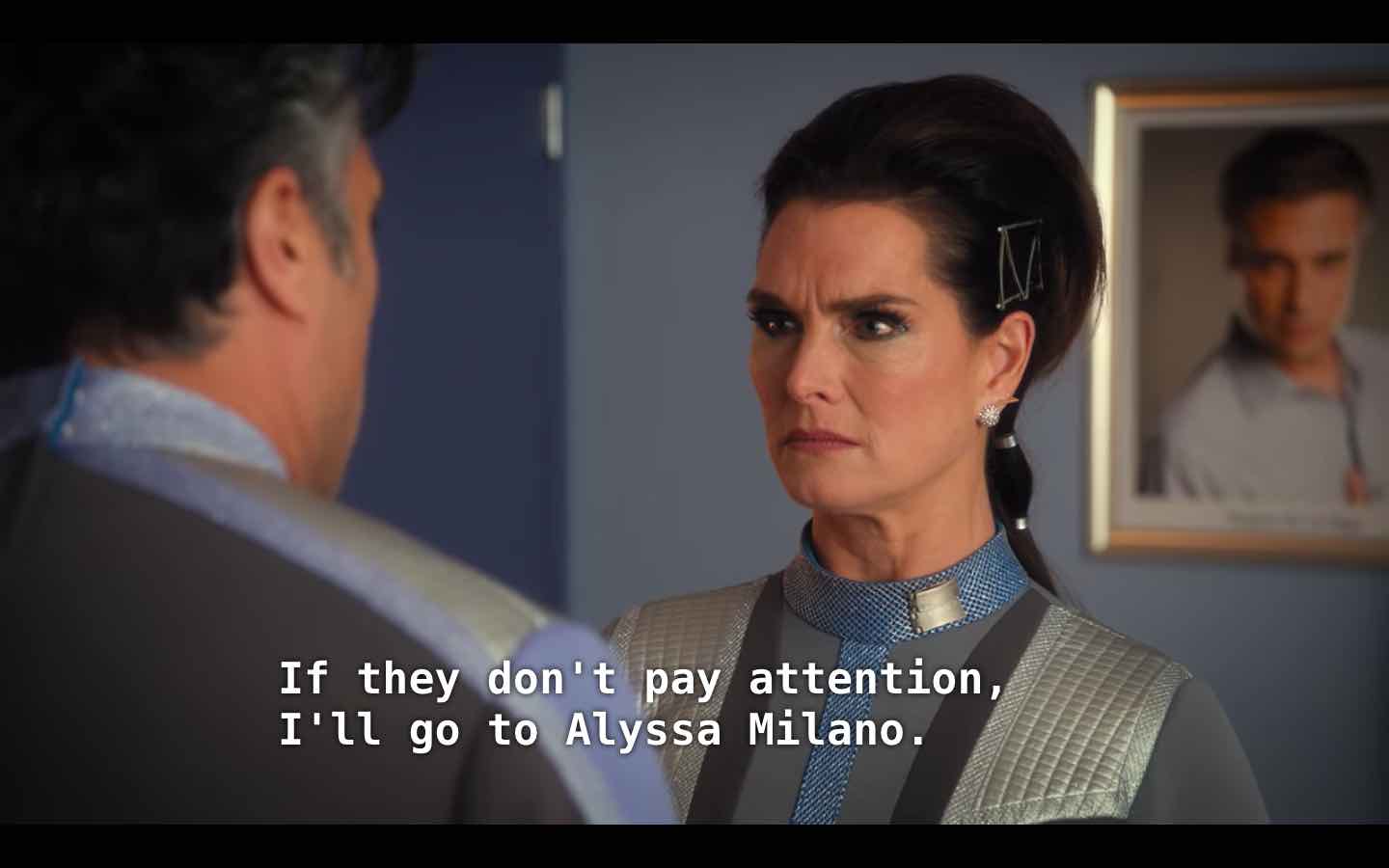 When Xiomara leaves, River strikes again, trying to kiss Rogelio. Rogelio then has to set her straight for reals . . . 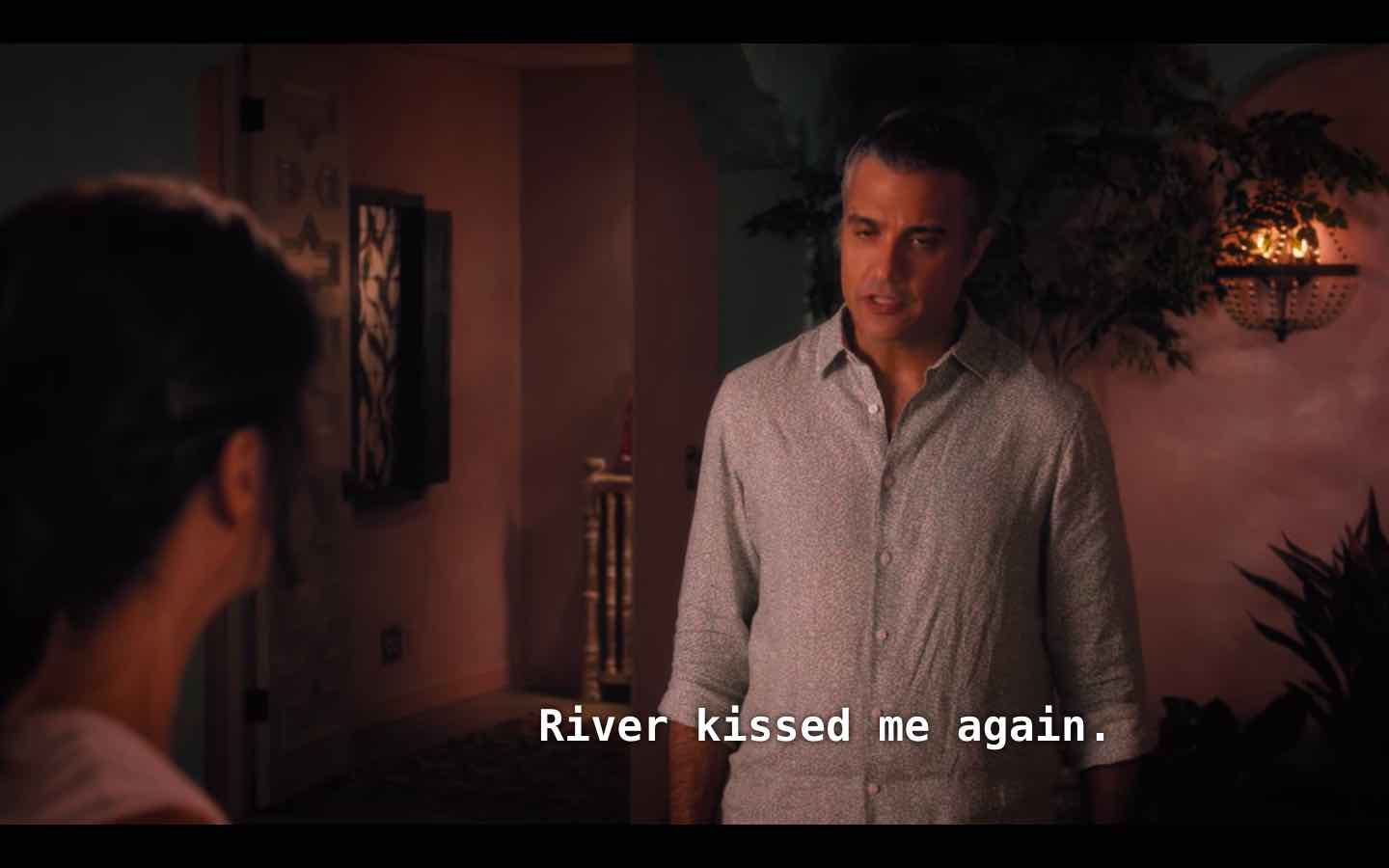 . . . but Rogelio can’t keep anything from his wife. 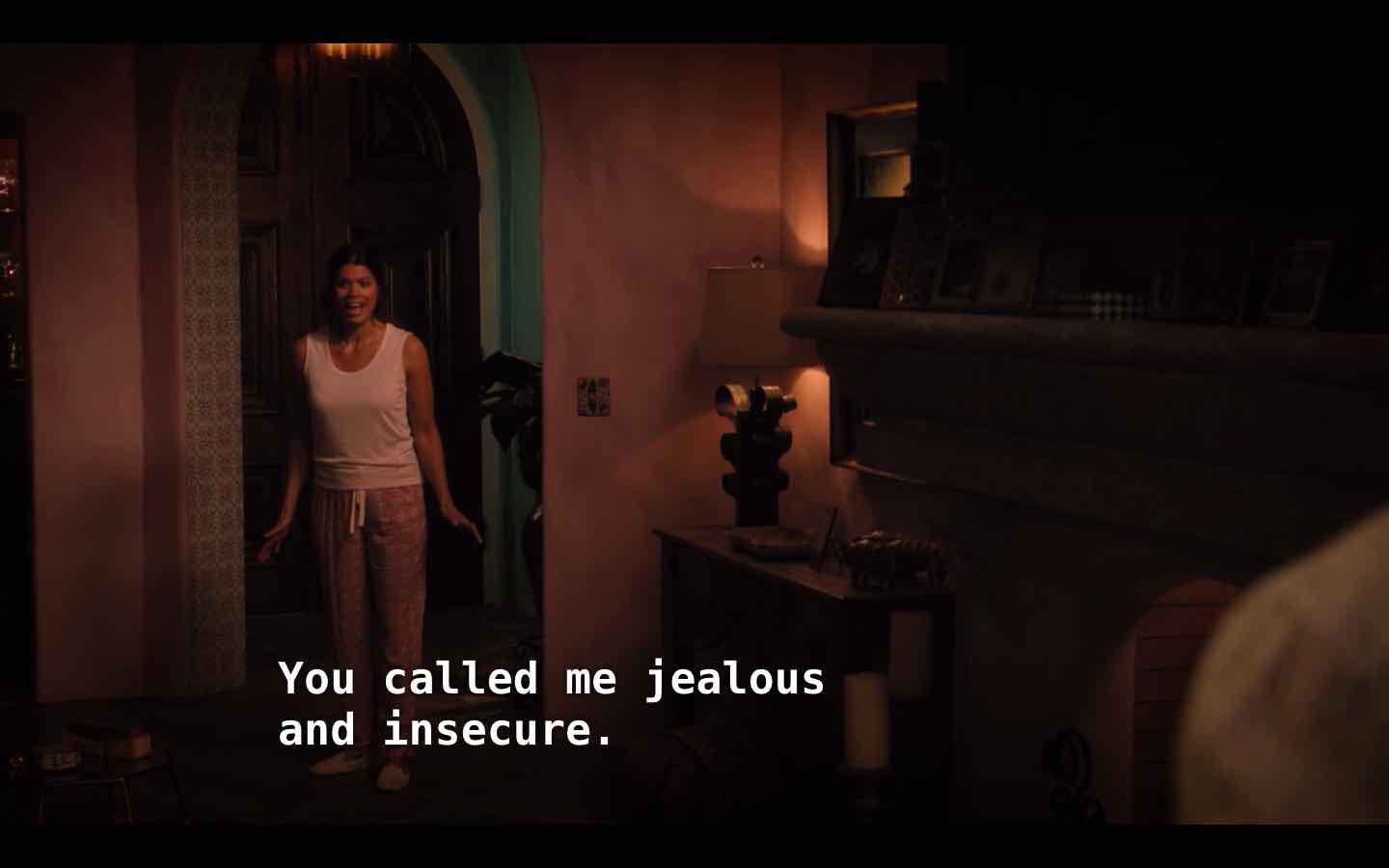 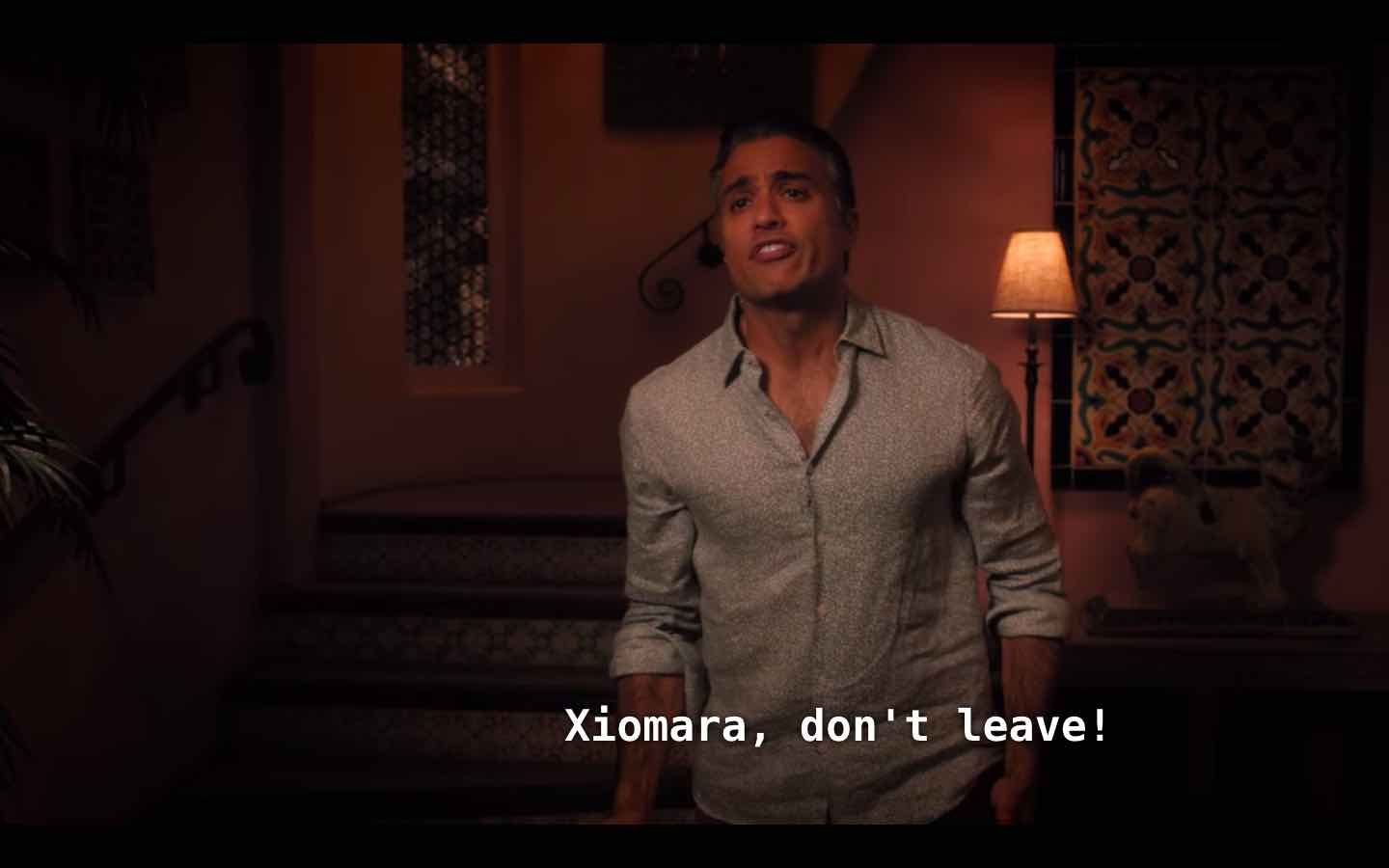 Falling into old patterns, Xio storms out in a huff. 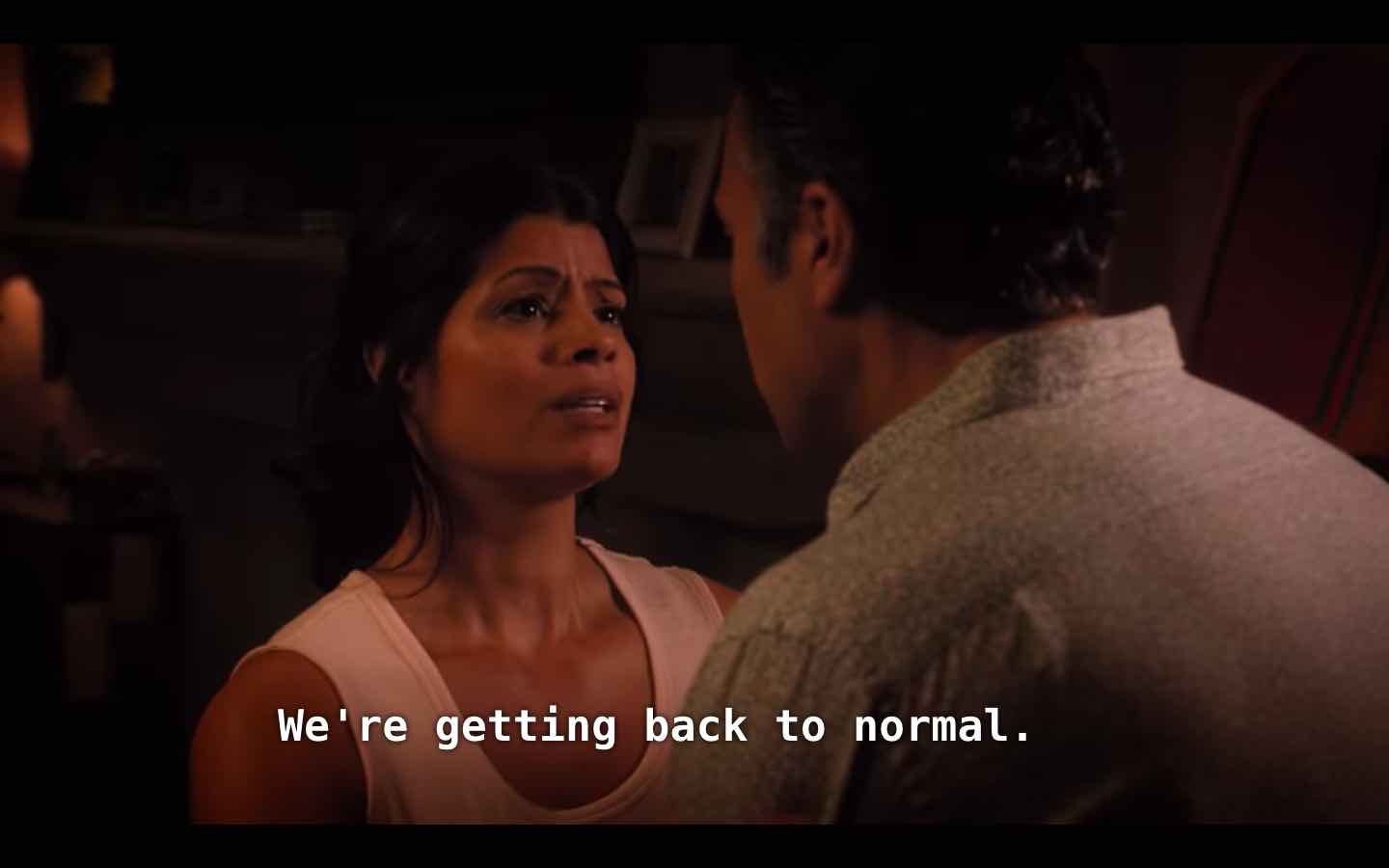 But she realizes something. 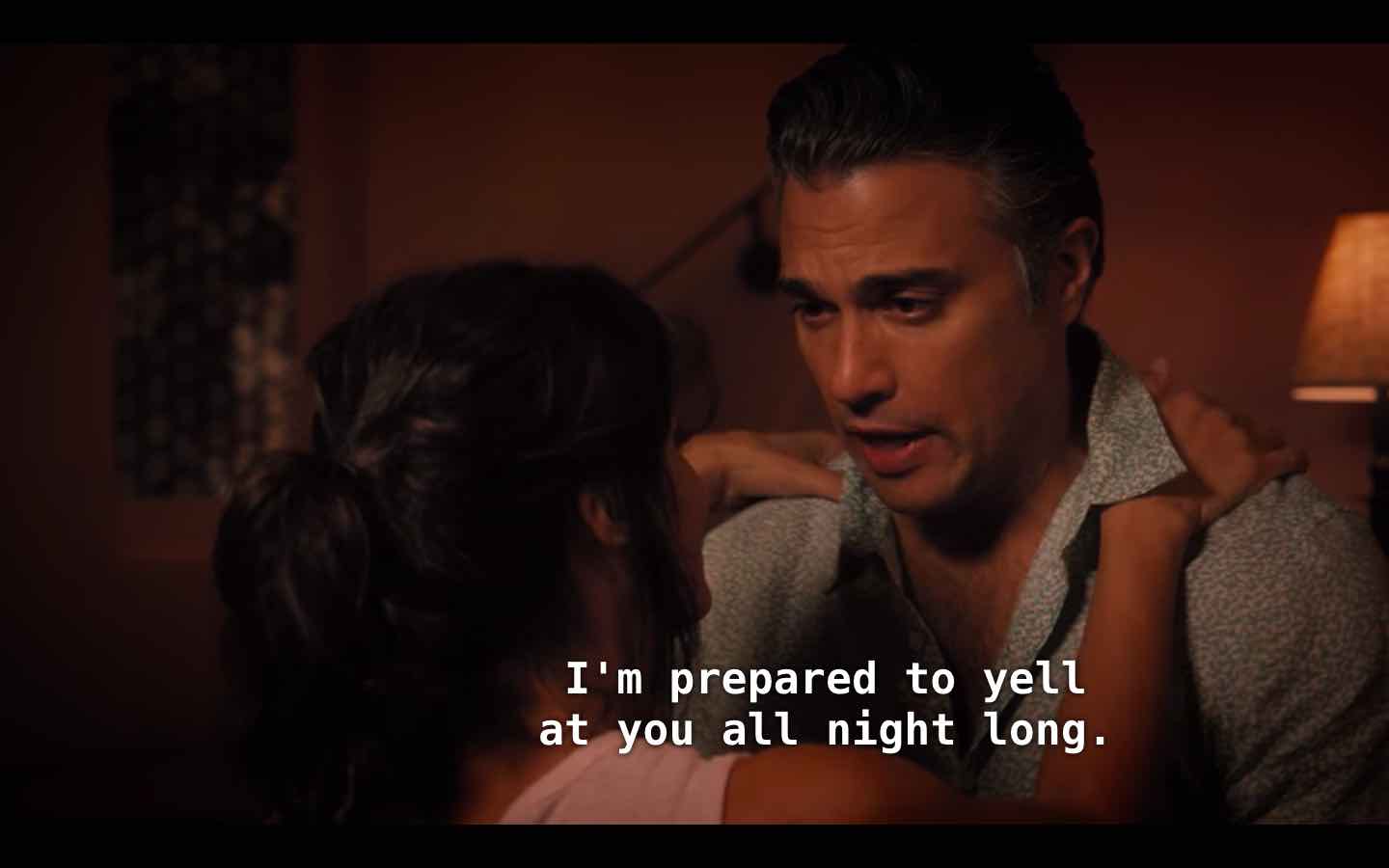 They celebrate that they’re getting back to their old lives, because now Xio is cancer-free. 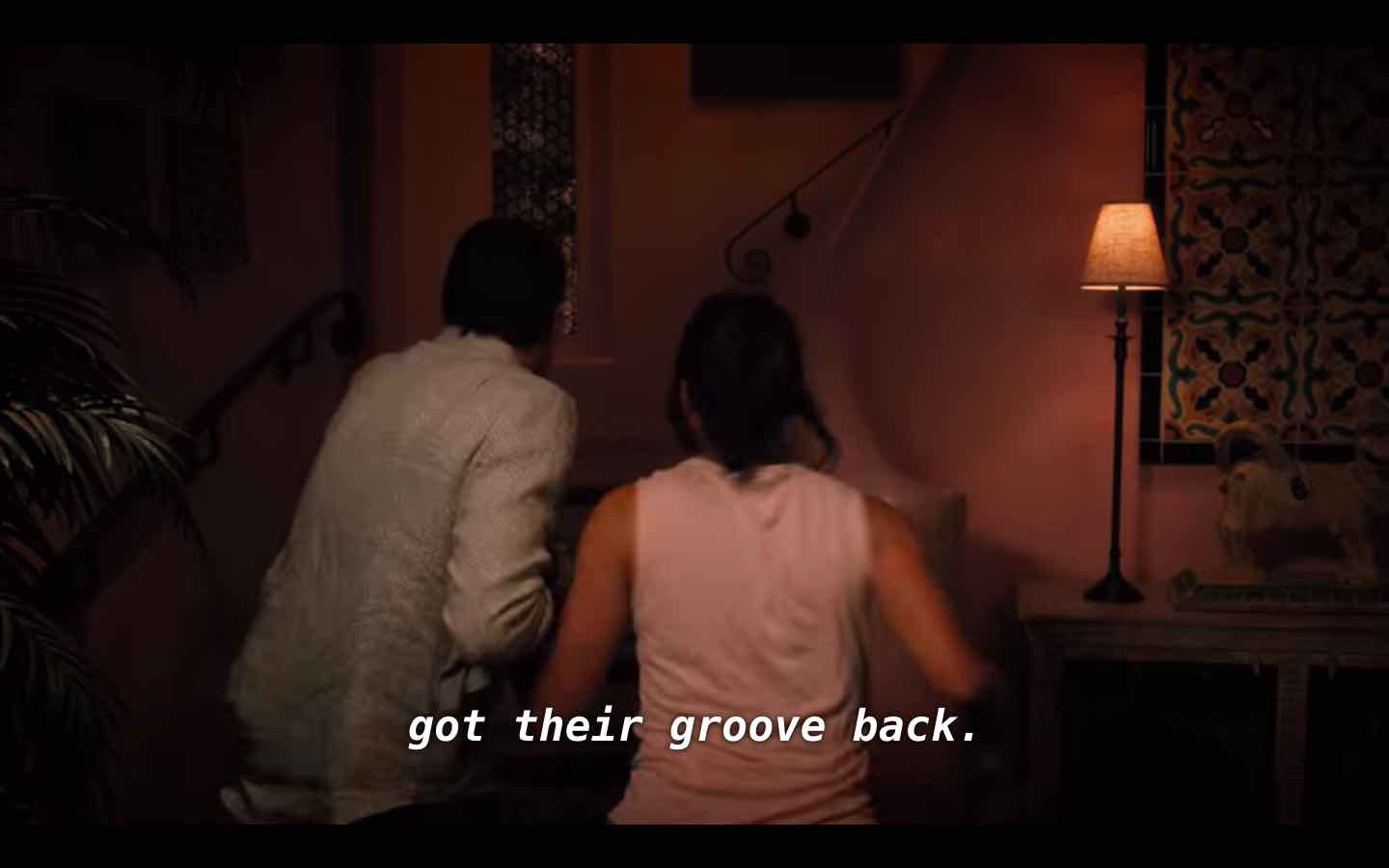 And that’s how Xio and Ro got their groove back!

The final time we see River Fields this episode, she standing in front of a trashcan fire, burning the Martian flower that Rogelio gave her and chanting disturbing incantations. Watch out, Rogelio! We’re guessing your work life just got even more insane (just like we like it).