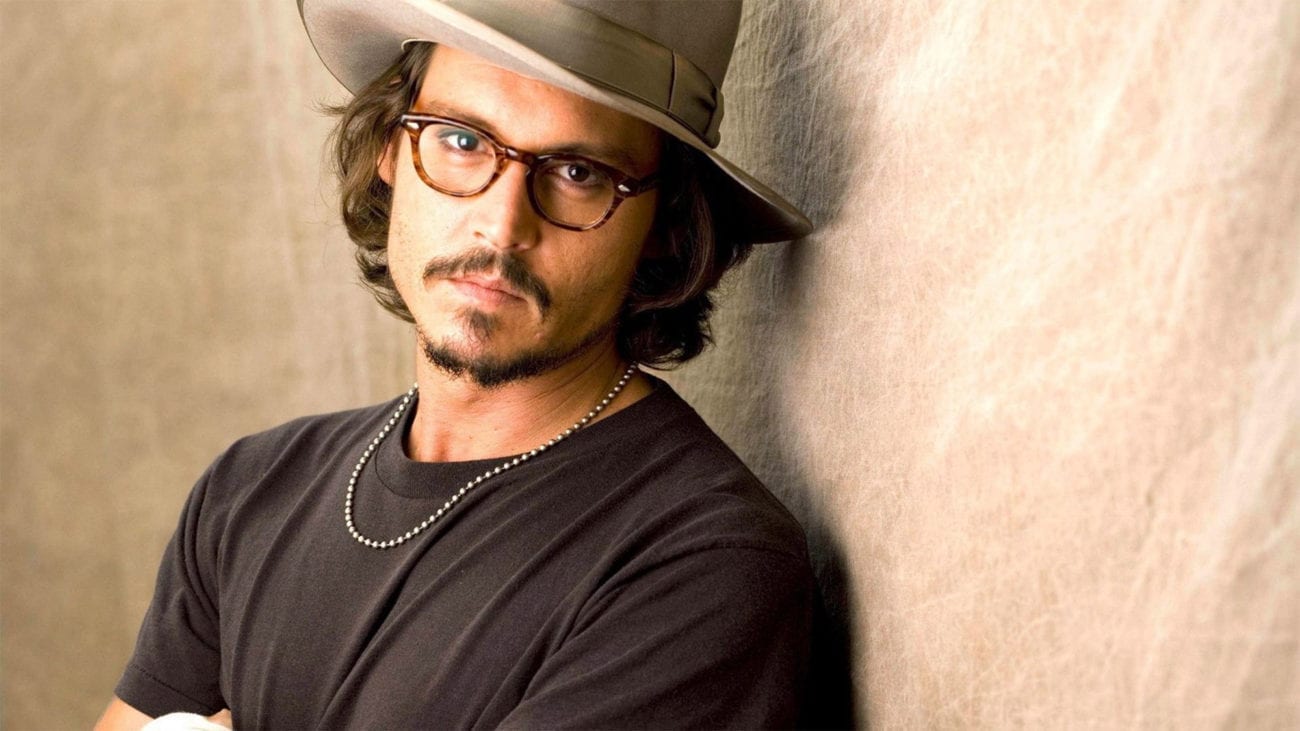 In the seemingly bottomless rabbit hole of insanity that is Johnny Depp’s life, a new story has popped up to ensure the maintenance of the actor’s heinous reputation. Depp has been sued for allegedly assaulting a former location manager from City of Lies.

As outlined by The Associated Press, Gregg “Rocky” Brooks alleged that Depp punched him twice in the ribs and also accused the actor of verbally assaulting him by saying he’d pay Brooks $100,000 to hit him back. The suit claims Brooks was fired from the film after he refused to sign an NDA preventing him from suing Depp. 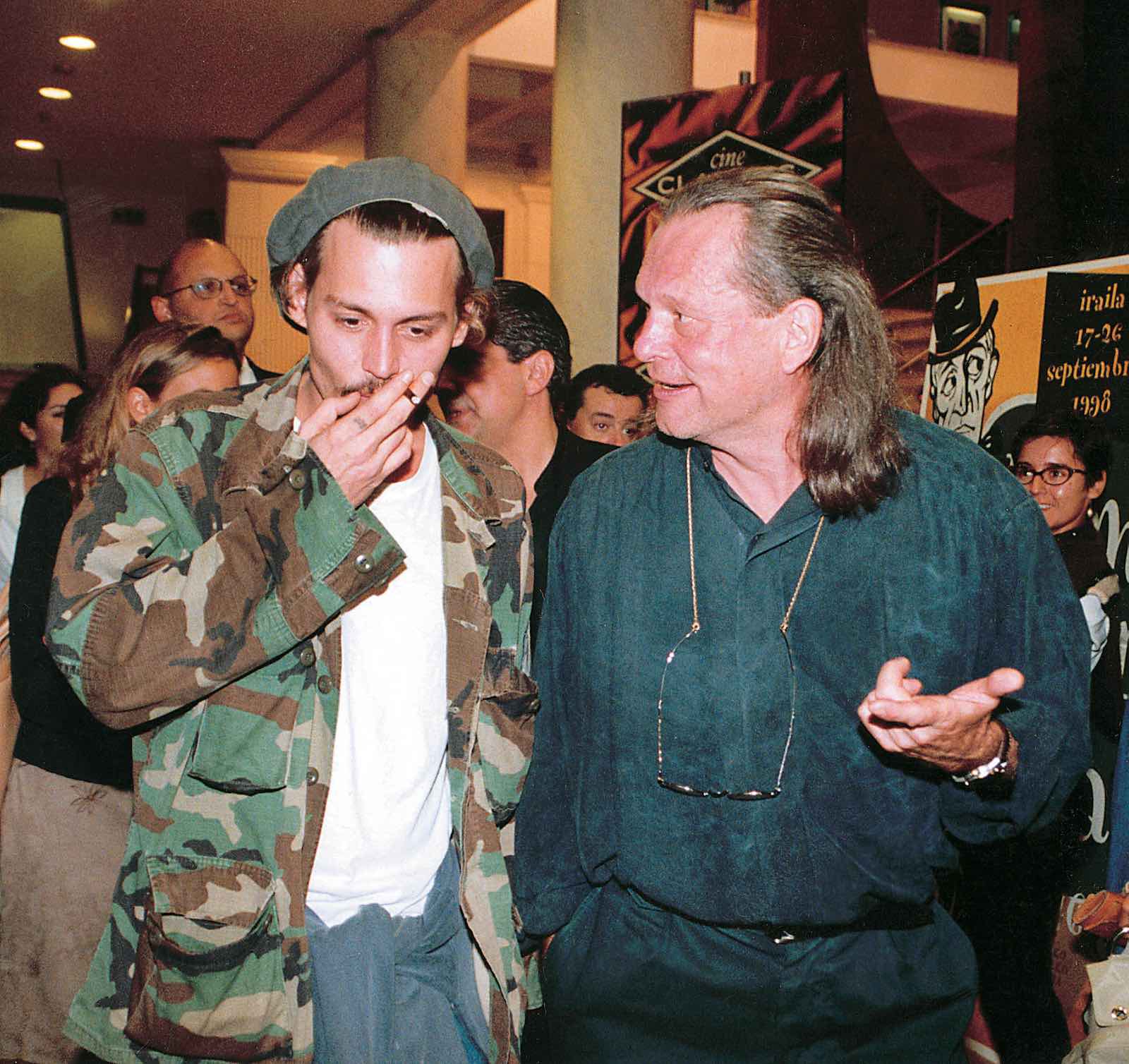 The alleged incident occurred in April 2017, after director Brad Furman requested that Brooks tell Depp the shooting day would be ending after the next scene because it wasn’t working out, provoking a string of curse words from the actor. Page Six suggested that Brooks sought help from a police officer but that Depp hit him before he could get help.

It’s the latest in a long line of alleged incidents, controversies, and generally insane news reports that have followed Depp in recent years. The actor has been caught up in a whirlwind of drama recently, the timeline of which paints a jaw-dropping portrait of Hollywood lunacy. Here’s our timeline highlighting the most insane stories about Depp lately. 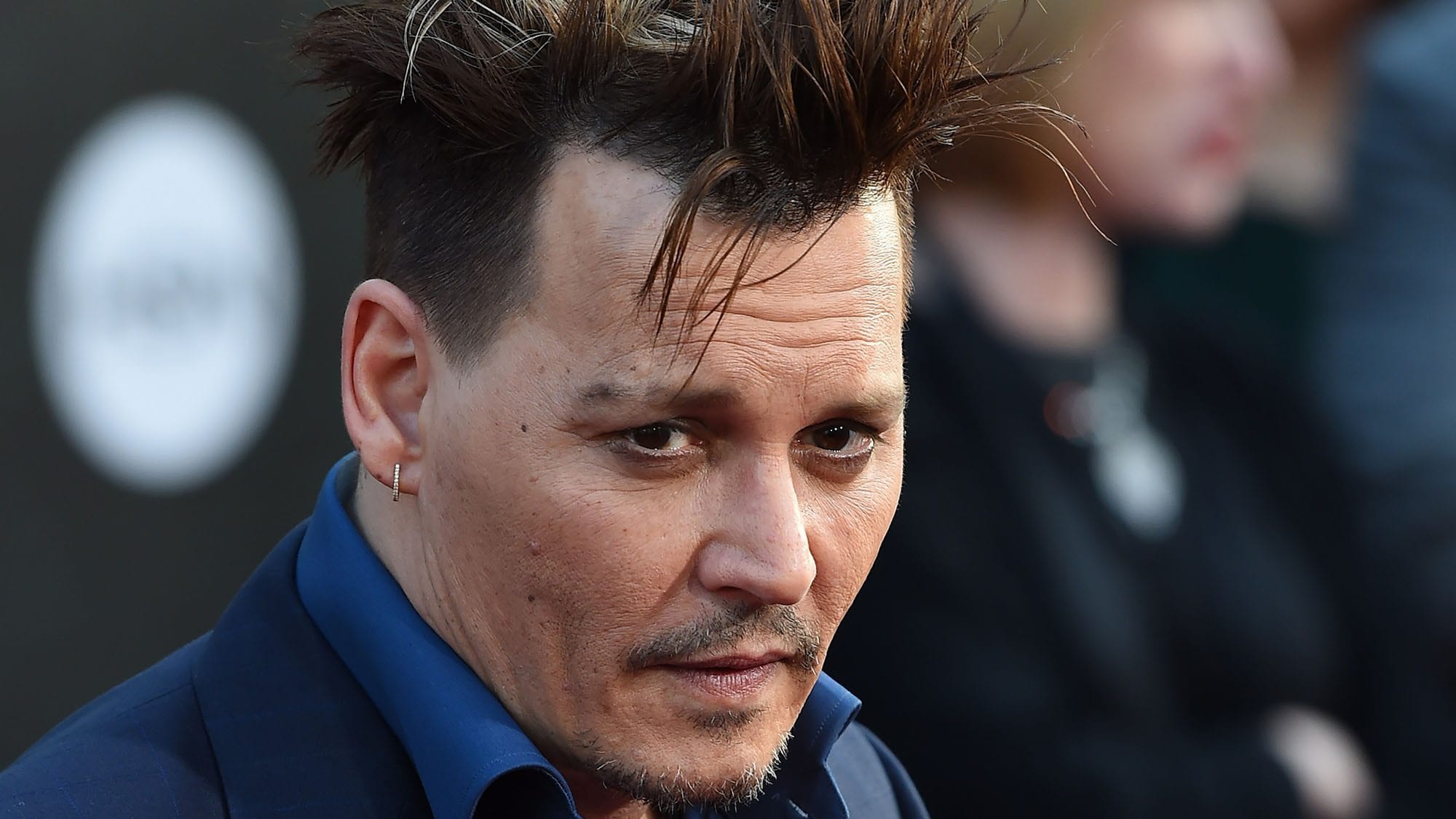 The actor filed a complaint against The Management Group and two of its attorneys for negligence, fraud, and breach of fiduciary duty along with some other juicy claims. According to the complaint, TMG provided legal, business, tax, and accounting advice to Depp and allegedly collected $28 million worth of contingent fees that the actor claims he never agreed to.

January 2017: Depp is counter-sued by his former business managers

Quick as a flash, Depp’s former business managers hit back against the actor with their own cross-complaint of fraud (and other such complaints).

The complaint alleged: “TMG did everything within its power over the last 17 years to protect Depp from himself and to keep Depp financially solvent. However, ultimately TMG did not have the power or ability to control Depp’s spending or his numerous other vices, or to force Depp to make wiser financial decisions.”

February 2017: Depp is accused of blowing $2 million per month on extravagant purchases

Naturally, the 31-page document submitted to the courts by Depp’s former business managers was full of salacious accusations concerning the actor’s alleged spending habits that the press had an absolute field day with. Depp was accused of having spent $75 million to “acquire, improve, and furnish 14 residences”, $18 million on a mega-yacht, $3 million to shoot Hunter S. Thompson’s ashes from a canon, and a $30,000 a month wine habit. 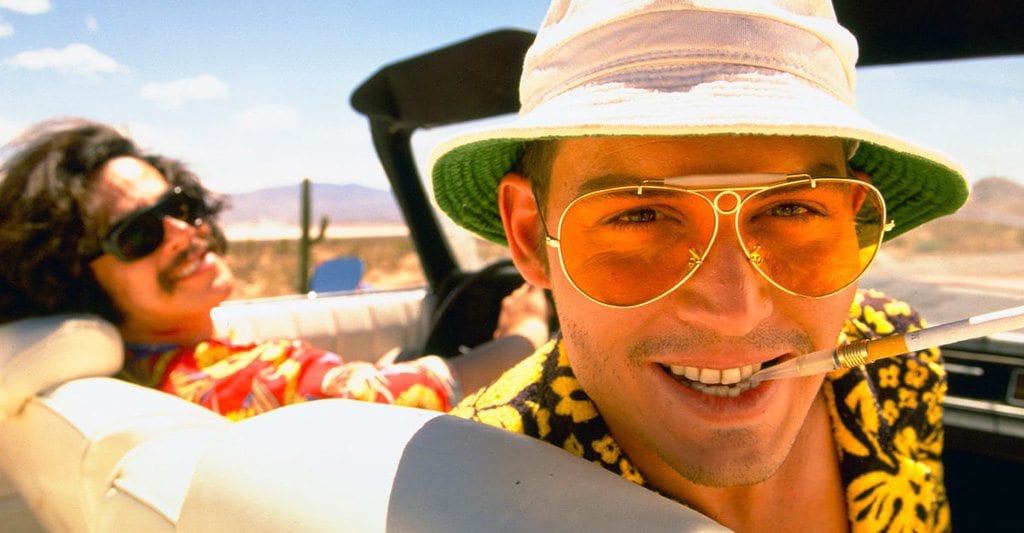 May 2017: Depp is accused of having lines fed through an earpiece

As Depp’s public sparring with his former managers continued, more salacious accusations were thrown around, the best of which suggested the actor has such a “clear and epic” sense of entitlement, he doesn’t even memorize his lines.

Attorney Michael Kump alleged in an amended complaint published by The Hollywood Reporter that Depp spent hundreds of thousands of dollars on a sound engineer to feed him his script. “Depp insisted that this sound engineer be kept on a yearly retainer so that he no longer had to memorize his lines.”

Stumbling up onto the Cinemageddon stage at the music and art festival, Depp sardonically joked, “When was the last time an actor assassinated a president?” to a cheering crowd.

The actor and (sometimes) musician added, “I think he needs help and there are a lot of wonderful dark, dark places he could go. It is just a question – I’m not insinuating anything. By the way, this is going to be in the press. It will be horrible. I like that you are all a part of it.” And we hope you read that whole statement in the slurred voice of one Captain Jack Sparrow, because oh boy.

September 2017: Depp’s family & friends are blamed for his money problems

Not long after his spending habits were thrown out of the contentious lawsuit between himself and his former business managers, Depp’s family and friends soon got dragged into the legal swamp with him.

In a complaint filed by TMG, Depp was accused of attempting “to avoid paying his debts” by “knowingly throwing his closest family, friends, and employees under the bus by falsely alleging that they took millions of dollars in unauthorized payments from him.”

November 2017: Fans petition for Depp to be removed from Fantastic Beasts

But it wasn’t all just legal battles and outrageous spending habits that kept Depp’s name in the press in 2017. Harry Potter fans petitioned for the role of Gellert Grindelwald to be recast in the latest Fantastic Beasts: The Crimes of Grindelwald after Depp was announced for the role. The outrage stemmed from the domestic abuse allegations raised by Depp’s ex-wife Amber Heard (The Rum Diary) in 2016.

Depp was eventually asked to step down from the role in November 2020. He agreed to do so on the grounds that he be paid his full salary for Fantastic Beasts 3. A replacement for Depp has not yet been announced, but Hannibal star Mads Mikkelsen is the most likely candidate.

Amid all this chaos and upset, the actor appeared in the video for his good buddy’s song “KILL4ME” where he gets super unsexy and kinda gross with two enthusiastic ladies. It’s a lot, ladies and gentlemen.

While Depp remained silent on the controversy, the Harry Potter author defended the actor in a public letter on her website, stating that she was “genuinely happy” to have Depp play the role and believed the casting to be “the right thing”. 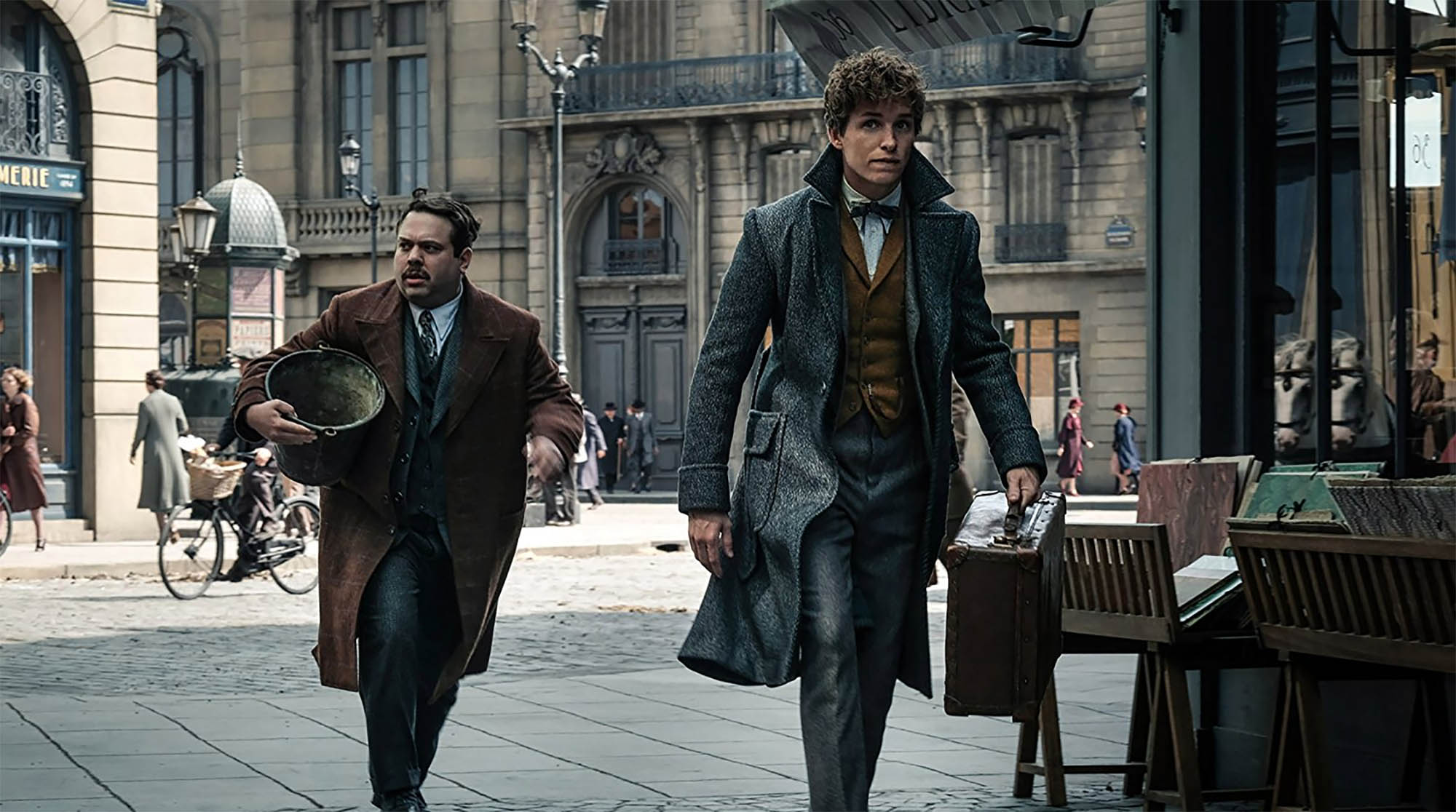 Meanwhile, Radcliffe chipped in to the melee a month later to share that he understood everyone’s “frustration” and offer a reminder that a former Harry Potter actor was fired after being arrested on weed charges. “Obviously what Johnny has been accused of is much greater than that.” Depp still had nothing to say on the issue.

May 2018: Depp is sued by former security guards for unpaid wages

A new civil suit was slapped onto the star by two former bodyguards who alleged a number of shocking (well, not all that shocking actually) incidents involving Depp. One such incident accused Depp of imbibing “illegal substances” at a local nightclub and of the bodyguards having to alert him of the substances that were “visible on his face and person while preventing onlookers from noticing Depp’s condition.”

After some concerning pictures of the star looking extremely gaunt and less than healthy were circulated in January, some further images of Depp posing with fans while on tour with The Hollywood Vampires brought renewed concerns for his health.

A source told US Weekly that Depp’s new look was simply the result of him “enjoying his time on the road with his band,” while another suggested his weight loss was due to him “trying to stay in shape.” Some fans brushed off the pictures by suggesting his weight loss was for his upcoming role in Richard Says Goodbye in which he apparently plays a college professor diagnosed with a terminal illness. At this point, who knows? 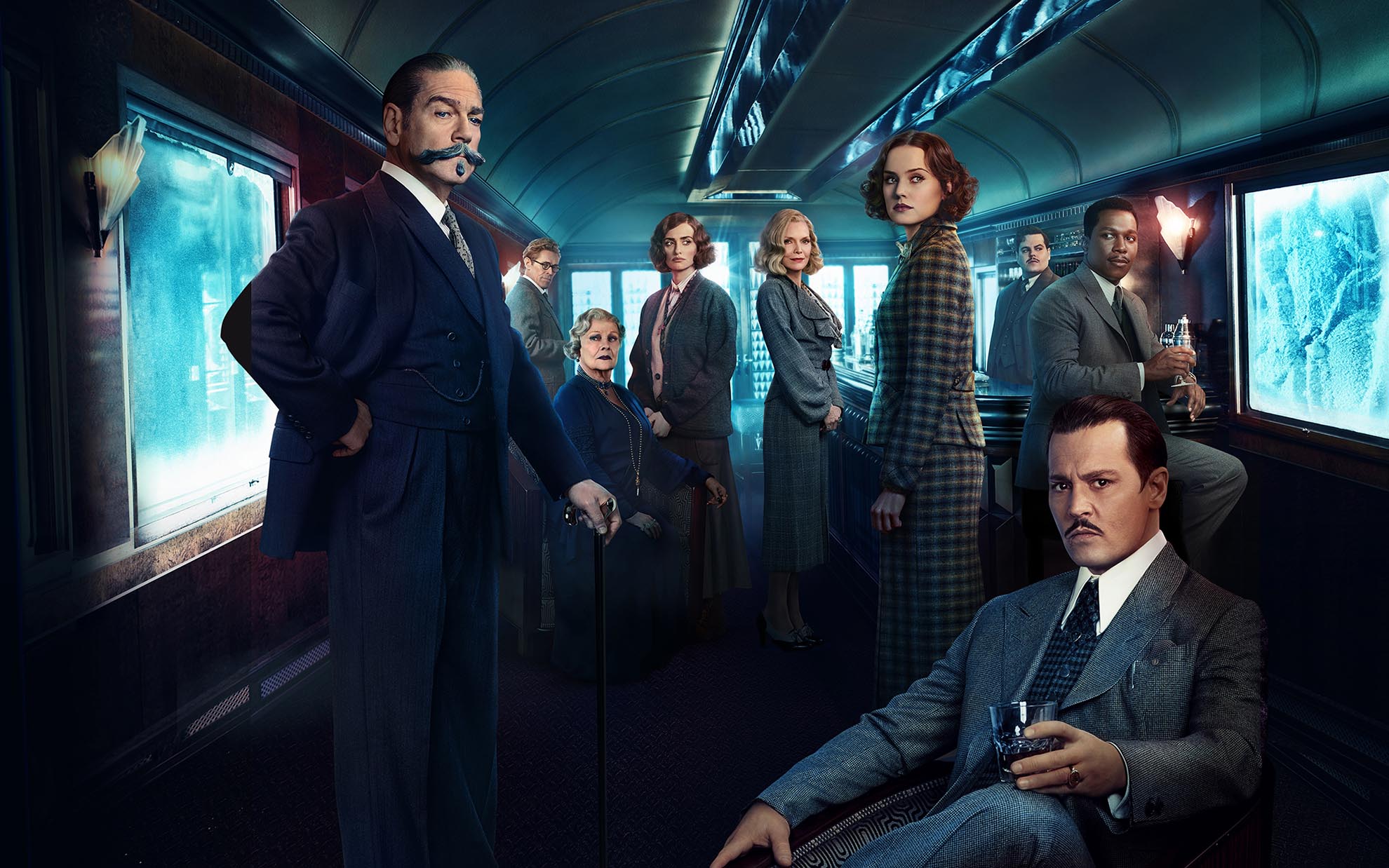 June 2018: The bombshell Rolling Stone feature about him drops

The entire profile is crazy enough in itself, but what’s even more ludicrous is that Depp only confirms some of the most insane rumors about himself and seems eager to come across as careless, extravagant, drunk, and foolhardy as possible. The standout quote? “It’s insulting to say I spent $30,000 on wine. Because it was far more.”

Originally Depp had “Slim” inked on his knuckles as a tribute to his then wife, which was classily changed to “Scum” when they broke up. Now the tattoo appears to have an anarchist “A” symbol drawn over the “U”, changing the word to “Scam”.

July 2018: Depp is sued for alleged assault on City of Lies set

Last summer Depp was accused of allegedly assaulting the former location manager for City of Lies. Who knows what crazy, violent, legally-bound adventures could be the next for real-life BoJack Horseman? Stay tuned, folks – something tells us this Hollywood story is far from over.