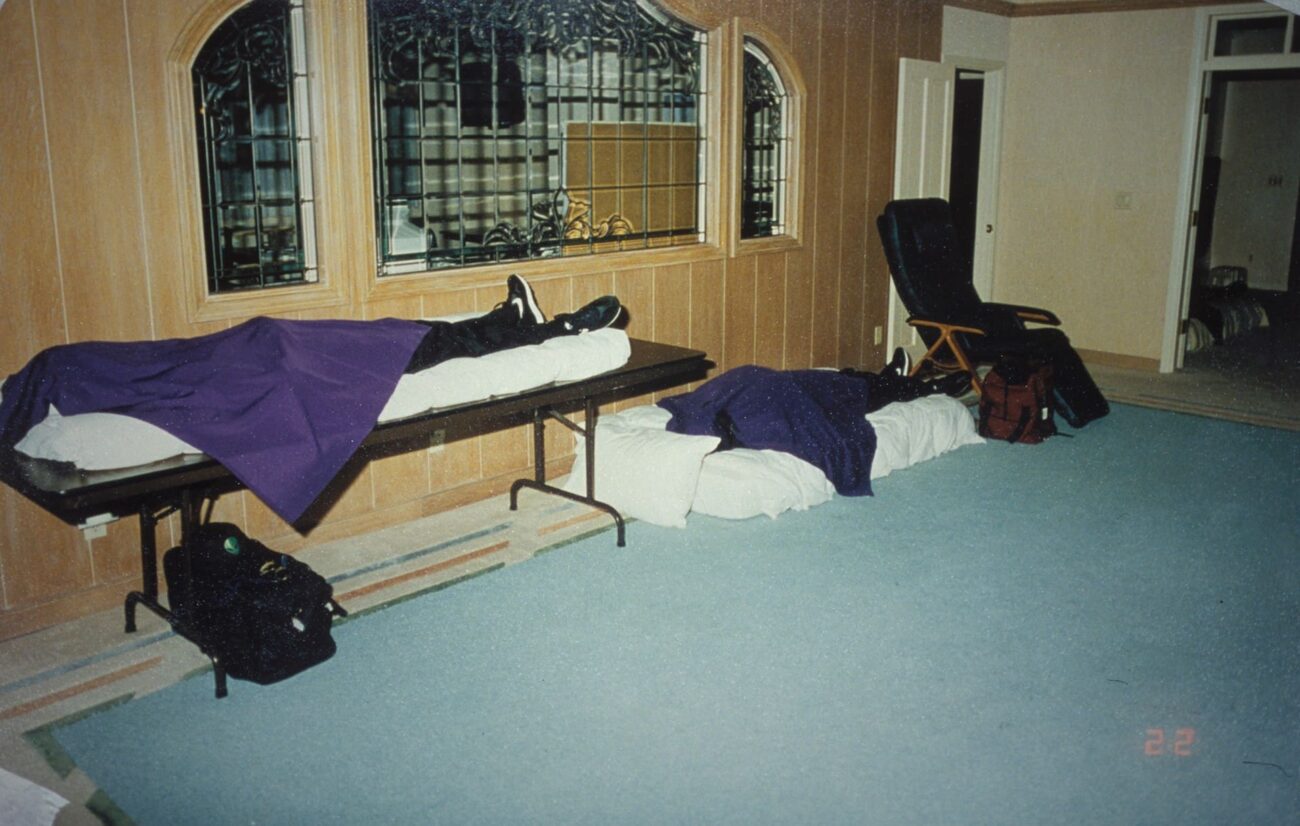 Nearly twenty-five years have passed and we’re all still perplexed by the matching Nike sneakers. Yet, the late 90s fashion is only one piece in the impossible puzzle which is the Heaven’s Gate cult. From UFOs to eerie PSA videos, the prominent cult was already a public enigma. However, in 1997, news abrupt of the cult’s mass suicide and now the Heaven’s Gate cult remains as one of the deadliest cults in U.S. history.

Why did thirty-nine people simultaneously commit suicide? Who and how did they convince their followers to end their lives? Find out all the strange and unnerving details about the Heaven’s Gate cult. 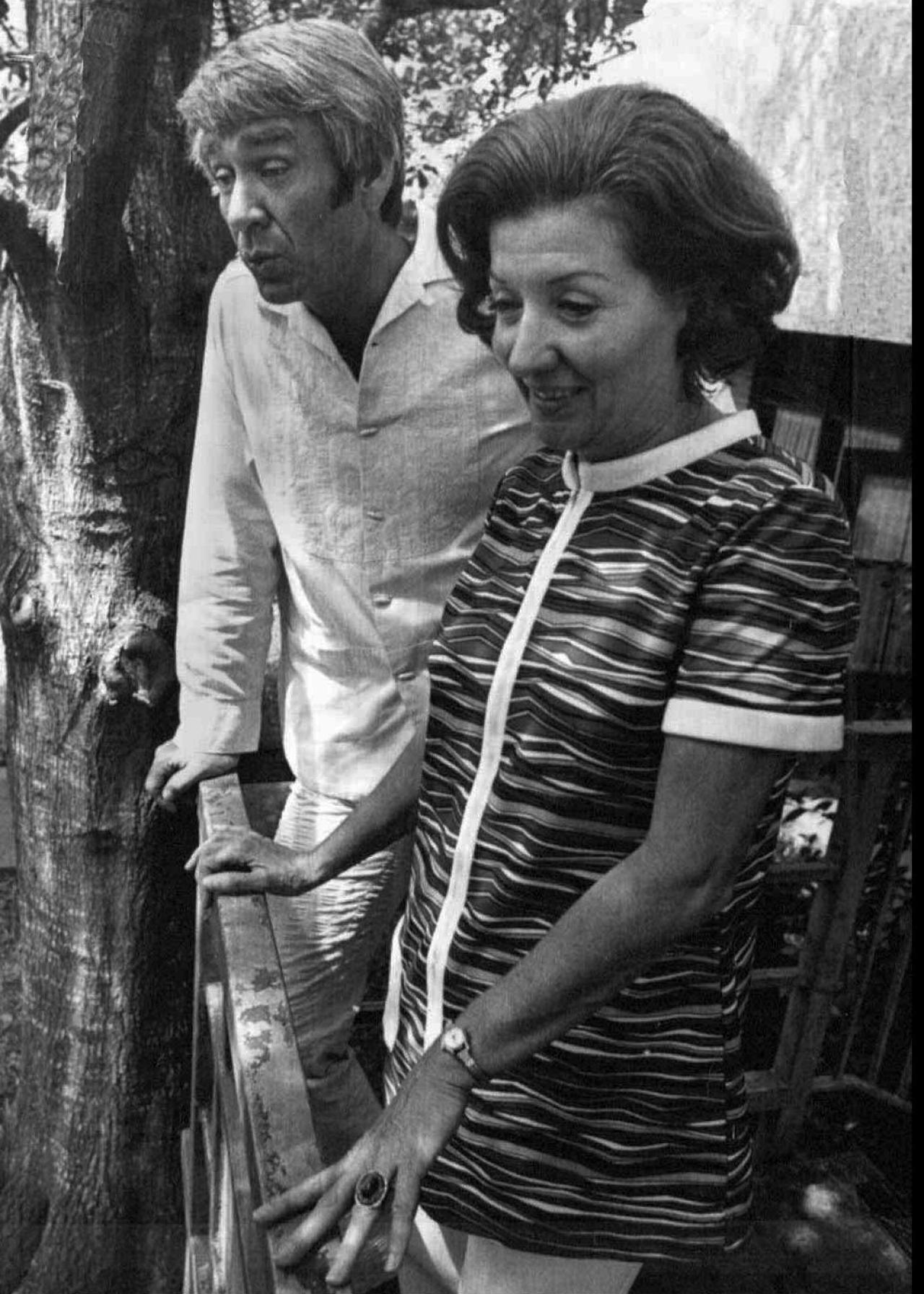 Heaven’s Gate was founded in 1974 and led by Bonnie Nettles & Marshall Applewhite, known within the cult as Ti & Do, respectively. The duo traveled throughout the country to college campuses and various homes to recruit followers.

The central belief of the group was that their followers could transform themselves into immortal extraterrestrial beings by rejecting their human nature, and they would ascend to heaven, referred to as the “Next Level” or “The Evolutionary Level Above Human”. Shockingly, Heaven’s Gate followers rejected all sexual desires and many of the men within the group were willingly castrated.

In 1985, Bonnie Nettles died due to cancer. Her sudden death challenged the cult’s belief that they would all ascend to heaven aboard a UFO alive. After her passing, the group came to the idea that their body was only a “container” or “vehicle” for the soul. They decided that their consciousness would transfer to “Next Level bodies” once they died. 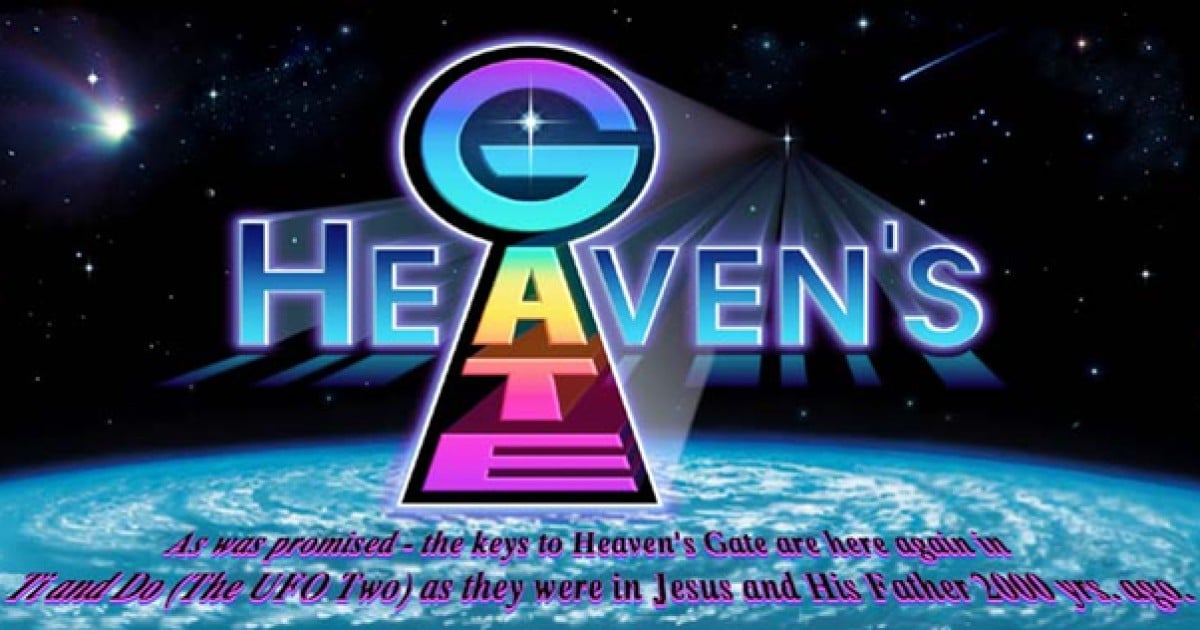 In 1997, as part of its 4,000-year orbit of the sun, the comet Hale-Bopp passed near Earth in one of the most remarkable astronomical events of the 20th century. In late March 1997, as Hale-Bopp reached its closest distance to Earth, the Heaven’s Gate cult concluded that this was their “marker” of an approaching UFO and time for them to leave their bodies and transcend into a higher existence.

In an expansive San Diego, California mansion, Applewhite and thirty-eight of his followers drank a lethal mixture of phenobarbital & vodka and then lay down to die. They supposedly hoped to leave their bodily containers, enter the alien spacecraft, and pass through Heaven’s Gate. San Diego County officials described the horrific scene left by the mass suicide of the cult, whose bodies left behind endless unanswered questions. 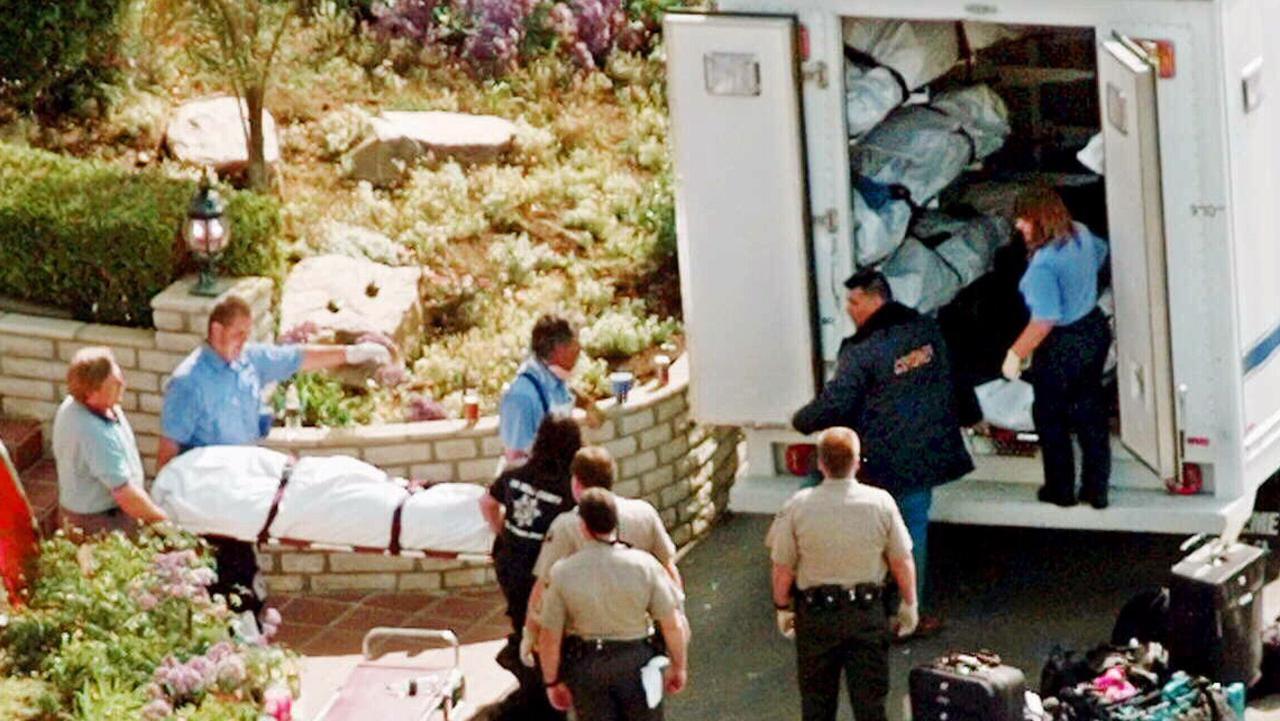 The numerous cult members took their lives in distinguishable shifts. Some died in the previous 24 hours, and others had been dead several days, said county coroner Dr. Brian Blackbourne.

Most of the members had a “recipe” tucked in their pockets outlining the suicide method, he said. “Basically it just said, ‘Take the little package of pudding or applesauce, and eat a couple of tablespoons to make some room to pour the medicine in, stir it up, and then eat it fairly quickly. Drink the vodka beverage. Lay back and relax,’” Blackbourne said.

He also reported that deputies also found plastic bags tied with elastic bands, which could have been used to suffocate the victims and quicken death. The suicides were “sort of immaculately carried out,” Blackbourne said. 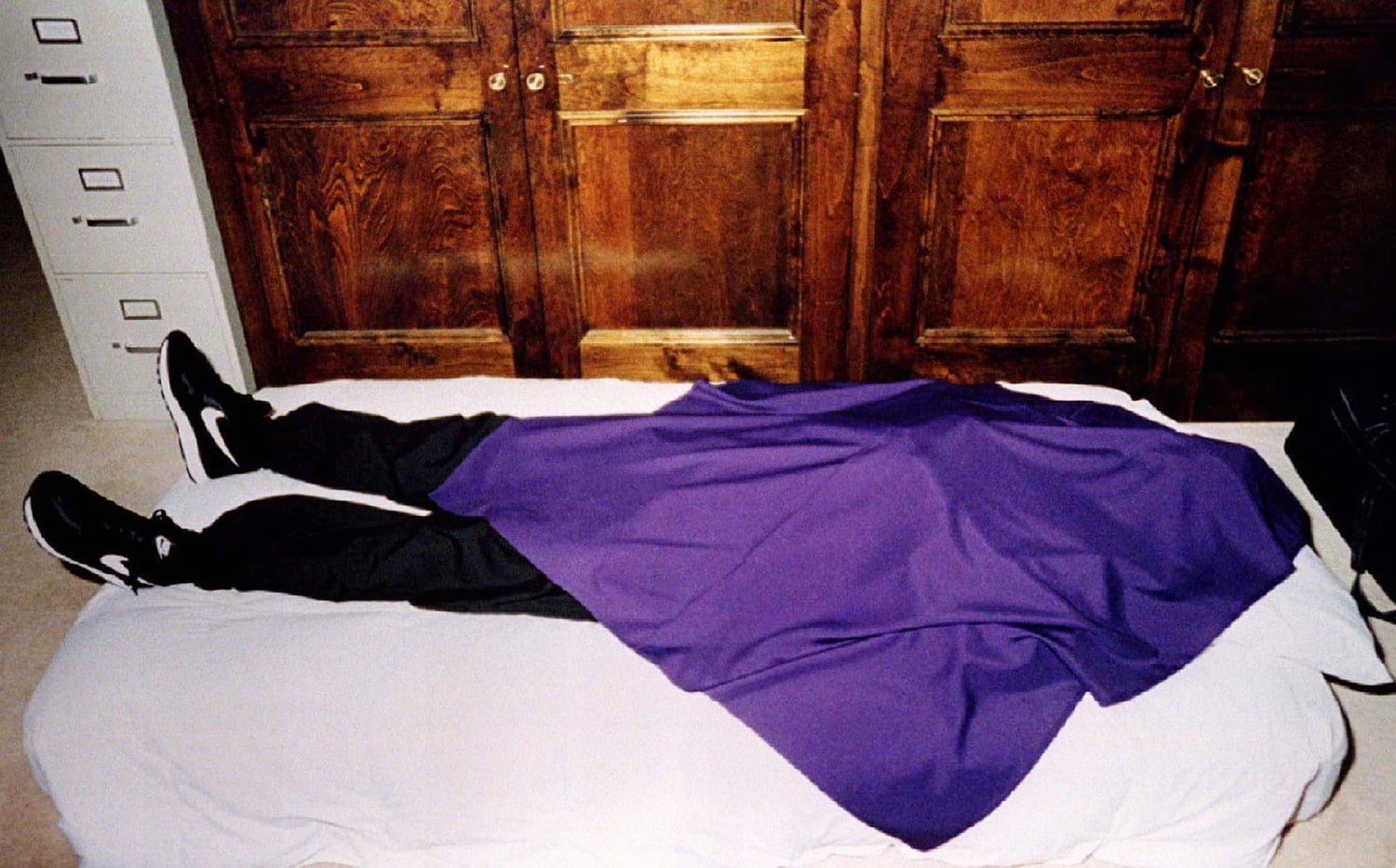 The bodies were almost identically dressed in long-sleeved black shirts & black pants. All thirty-nine members wore black Nike shoes and white socks. “It appeared as if it was almost a uniform attire,” investigator Alan Fulmer said. “And they were covered with a purple cloth.”

Each member had on them a five-dollar bill and three quarters in their pockets. According to former Heaven’s Gate members, this was standard for members leaving the home for jobs and “a humorous way to tell us they all had left the planet permanently”.

What are some of the most bizarre cult stories you’ve ever heard? Does the Heaven’s Gate cult take the cake? Let us know in the comments below.