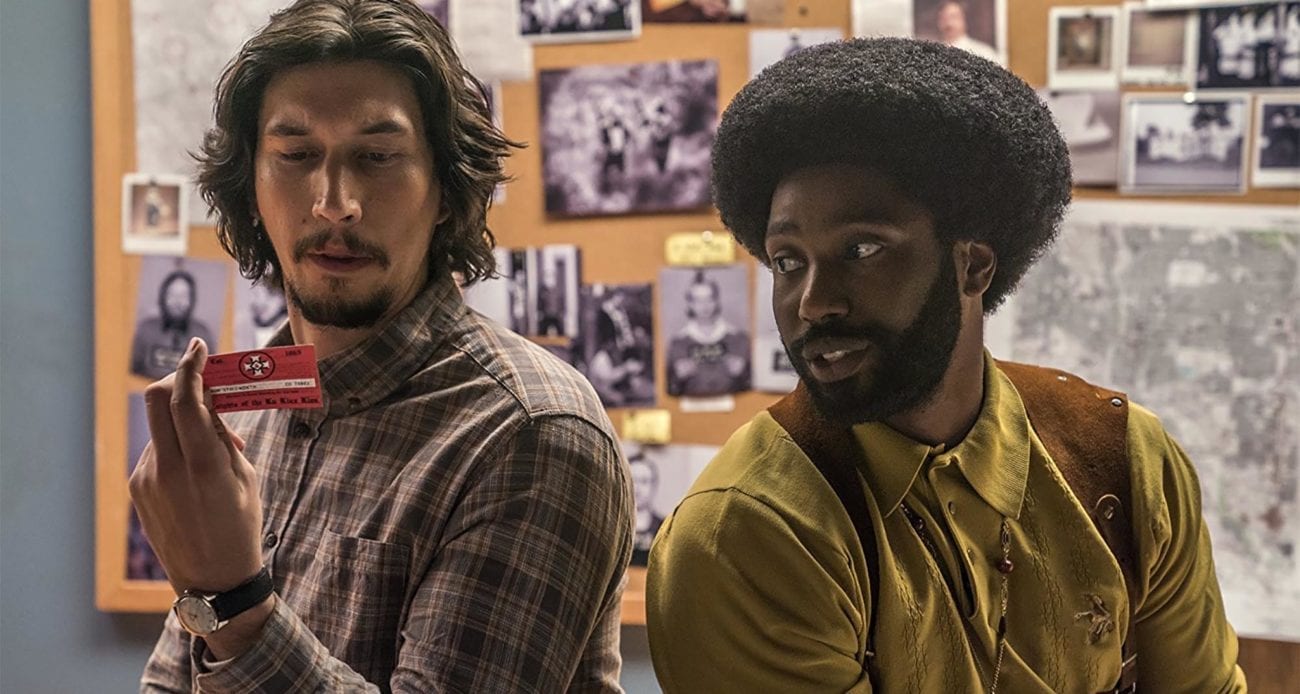 Happy Friday, folks! It’s time to let your hair down, loosen that tie, and wave those hands in the air like you just don’t care for a couple of days while you catch up on some of the best content on offer – from televisual storytelling to cinematic delights. But first, let’s catch up on the week’s happenings so we’re all up to date on what’s what in the entertainment industry, shall we?

The biggest hauler in the US box office this week by far is the Tom Cruise starring franchise parade Mission: Impossible 6, grossing a whopping $129 million in domestic sales.

Elsewhere, the Italian arm of the film fest’s Big Three – Venice Film Festival – is gearing up for another wipeout year, with its lineup featuring a number of exciting new projects from established auteurs as well as rising new talents.

The biggest a-ha in the lineup announcement came in the shape of the Coen Brothers’ new venture. Curveball! Turns out The Ballad Of Buster Scruggs is going to be a film, a decision that has changed since the announcement earlier this year that it would be a Netflix anthology series.

While we’re on the subject of Hollywood’s most prestigious events, the Academy of Motion Picture Arts and Sciences has come under scrutiny this week after announcing the creation of a brand new Oscars category: Outstanding Achievement in Popular Film.

As outlined by IndieWire, although the new category’s eligibility requirements won’t be revealed until a later date, the decision is already being widely mocked by film critics, writers, and reporters on social media who describe it as a “desperate ratings attempt.”

“Many film journalists view the decision to add a popular film category as a way for the Academy to acknowledge blockbuster movies and studio tentpoles that often don’t make the cut for best picture.”

The fact that the announcement came ahead of awards season where Black Panther would make a sturdy contender for such an honor is only adding fuel to the fire. Looks like the Oscars is set for another year mired in controversy and this is likely only the beginning – some things never change.

Over to the small screen and while Netflix is flourishing, recent reports show Hulu’s cash burn has accelerated, with losses more than doubling in Q2 as the streaming site continues in its investment run. While the future is uncertain, it’s clear changes are afoot as Hulu is gearing up to be taken over by Disney.

“At this point, questions remain about what will happen next for Hulu once Disney gains majority control of the company and how Hulu will find a path to profitability after an intense period of investing in growth,” outlined Variety.

But enough about Oscar controversies, Hulu’s spending, and Hollywood’s elite – it’s time to look ahead to better times with Film Daily’s picks of the best films to catch this weekend.

Fight towards all the power for all the people in Spike Lee’s BlacKkKlansman; watch Jason Statham battle a prehistoric shark in The Meg; and follow a plucky young skater whose relationships prove to be even trickier to navigate than a kickflip with Skate Kitchen.

Described as auteur Spike Lee’s best film in years, BlacKkKlansman is a topical satire based on the true story of Ron Stallworth (John David Washington) – a black Colorado Springs police officer who went undercover in the late 70s to infiltrate the Ku Klux Klan.

Washington’s character finds himself invited to the inner circle of the white supremacist group by handling much of his business over the phone, wearing the trademark hooded outfit, or sending white (and Jewish) Detective Flip Zimmerman (Adam Driver) masquerading as Stallworth for face-to-face contact.

With incredible performances, a wry sense of humor, and a topical undercurrent that highlights the racism still present in society today, BlacKkKlansman demands attention and is one movie you won’t want to miss this summer.

This sci-fi horror from director Jon Turteltaub sees Jason Statham star as expert deep sea rescue diver Jonas Taylor, who is recruited by a visionary oceanographer (Winston Chao) to save a crew of deep-sea explorers who have been trapped in a submersible by a huge and threatening creature, previously thought to be extinct.

Let us break this down for you: It’s Jason Statham saving the world from impending doom by battling a prehistoric 75-foot-long shark known as the Megalodon – need we say more?

Offering a fresh horror spin on the 80s nostalgia trend, Summer of 84 is a bone-chilling tale of the darkness that lurks behind the closed doors of Suburbia. For teenage conspiracy theorist Davey Armstrong (Graham Verchere), life is dreaming about sexual conquests until one hot summer when he begins to suspect that a neighboring police officer is a serial killer.

As he convinces his friends that they must investigate, a glaring question arises: Is Davey right, or is it his overactive imagination?

The Wolfpack director Crystal Moselle made her narrative feature debut at this year’s Sundance with this story about a girl named Camille (Rachelle Vinberg) whose life as a lonely suburban teenager changes dramatically when she befriends a group of badass girl skateboarders in New York City.

As she falls in with the in-crowd, tensions arise between Camille (Rachelle Vinberg) and her mother, and she falls for a mysterious skateboarder guy – but a relationship with him proves to be even trickier to navigate than a kickflip.

Original, perplexing, and a film that demands to be viewed on the big screen, Josephine Decker’s drama received high praise following its premiere at this year’s Sundance festival, focusing on a theatrical workshop director and a sixteen-year-old New York star (played by Helena Howard) who takes her performance far too seriously.

When the director urges the teen to weave her complex inner world and troubled relationship with her mother into their collective art, the lines between performance and reality start to blur.

Okay, we get it – Sylvian White’s tradaptation of the now infamous Creepypasta story is already troubled, as the movie faced criticism from Bill Weier – the father of one of the two Wisconsin girls who stabbed their classmate nineteen times in service to “Slender Man”.

It also looks set to play on the tropes of the horror genre we’ve seen time and time again. However, if the controversies only fuel your thirst to see the adaptation even more, you’ll be pleased to know Slender Man is out this weekend, telling the story of the tall, thin, horrifying figure who is reputed to be responsible for the disappearance of countless children and teens (and no doubt the haunting of your nightmares too).