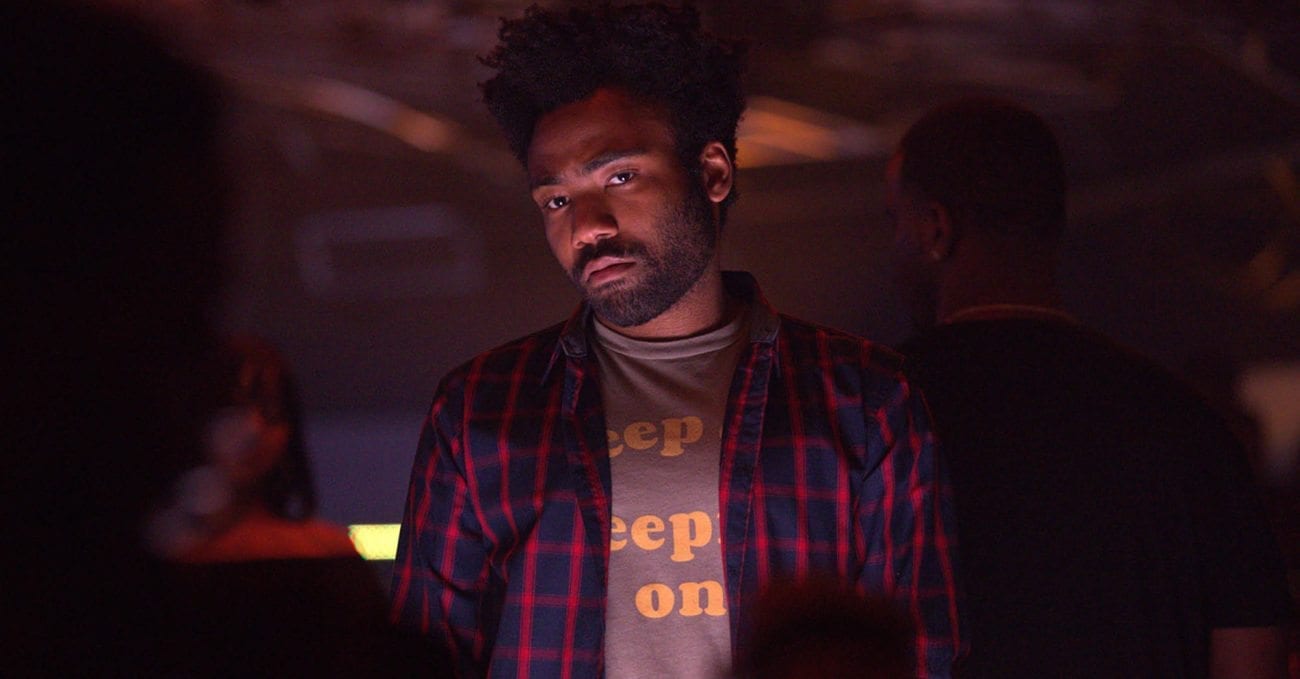 Donald Glover has struck out against Marvel after it was announced he, his brother Stephen, and FX would no longer be involved in Deadpool: The Animated Series. The Glover Brothers – who have enjoyed critical acclaim and mass success for their show Atlanta – were going to executive produce and serve as showrunners for the irreverent, animated take on the Marvel antihero. Glover dispelled rumors he was “too busy to work on Deadpool” by posting proof: a 15-page script for his “Finale” episode of the show that rides close to the knuckle in its takedowns of Marvel. It also highlights what could be considered a trend for post-racial virtue signaling within the industry where major companies are “platforming” work by and about people of color without addressing deeper issues of racism within the industry.

In the 15-page script, Deadpool is depicted as protecting (and chatting with) the world’s last male northern white rhino, Sudan (the real Sudan actually died days ago). Wondering out loud why his animated show was canceled, he muses to Sudan, “What? The Marvel stuff I said in it? All I said was Marvel was trying to sell toys to seven-year-old boys and 50-year-old pedophiles.” The character also professes it might not be the best time to have a “violent, gun-loving white man ranting on TV,” and asks aloud, “Do you think they canceled the show . . . cause of racism?! . . . All the writers were black. And the references were pretty black, too. I heard they went over the lunch budget ordering Jamaican food at least once a week.”

Perhaps the most biting criticism of Marvel, and of the industry itself, comes when Deadpool deliberates, “It just feels like everyone wants something different, but no one wants to do anything different to get it. Doesn’t Marvel have enough feel-good minority shows everyone supports but doesn’t watch? I mean, I think our show woulda been funny. I just wanted a place to be honest. And I guess that place is Freeform.”

In a world run by white people

Glover may have directed his criticisms through Deadpool’s notoriously brassy mouth but the sentiment is all his. The commentary made in the script echoes some of Glovers recent comments made to The New Yorker in which he revealed an unbelievable dispute with FX over the usage of the N-word. Revealing the network initially told him to remove the word from the Atlanta pilot, Glover then announced the network specified he could use it – but only in certain circumstances by a white character.

“I’m black, making a very black show, and they’re telling me I can’t use the N-word! Only in a world run by white people would that happen.” Ultimately, Glover revealed he had to enlist the help of executive producer Paul Simmons as a “white translator” to argue for the authenticity of the show’s use of the word. In The New Yorker profile, Black-ish creator Kenya Barris explained what a “white translator” does: “You need the translator for the three-minute call after the meeting. It’s for when the execs call the white guy to say, ‘What exactly did Kenya say there?’ and to be reassured.”

In the past twelve months, you’d be forgiven for thinking Hollywood has become woke af on such issues. Especially if all you’ve been paying attention to is the hype and buzz over some very minor steps forward in the forging of industry diversity. When the 2018 Oscar nominations were announced, there was a fervent collective celebration by various major publications that led with the headline “Oscars so right” (an oh-so-clever play on the trending criticism #OscarsSoWhite) over the apparent wokeness of the nominee choices. Mary J. Blige! Jordan Peele! Dee Rees! Daniel Kaluuya! Sit down everyone, because racism in Hollywood is officially over. Except you needed only to watch the damn ceremony to see everyone’s applause of the new diverse Hollywood was a little premature.

When Peele accepted his Best Screenplay Oscar for racially-charged horror Get Out, his speech depicted exactly how difficult it is to be a creator of color within the industry. “I stopped writing this movie about 20 times because I thought it was impossible. I thought it wasn’t going to work. I thought no one would ever make this movie. But I kept coming back to it because I knew if someone let me make this movie, that people would hear it and people would see it. I want to dedicate this to all the people who raised my voice and let me make this movie.”

Elevating people of color (while removing their voice)

Awards and acclaim are terrific in spotlighting a creator of color and their work. But if Peele’s speech told us anything, it’s that people of color still have to fight to have their voice “raised” within the industry to a level where they can make shit happen. Or – as Glover & Barris indicated – appoint a “white translator” t o argue for basics on their behalf. A shiny award isn’t indicative of diversity, just as a show made by a person of color and changed for a white audience isn’t either. By the time these filmmakers and showrunners have reached the end point of their project, it sounds as though they’ve had to put up with a heap of exhaustive outdated fuckery to get there.

When Glover’s Deadpool pontificates, “Doesn’t Marvel have enough feel-good minority shows everyone supports but doesn’t watch?” he’s pointing at the damn sky and knocking that idea out of the stadium for a home run. The show he’s likely making reference to is the Netflix Originals series Luke Cage about a bulletproof black man who remains one of the few Marvel superheroes of color to be depicted on screen in recent years (and yes, we know Black Panther just happened). Glover’s point appears to be a shrewd one about tokenism. The TV landscape now boasts Marvel’s Luke Cage and DC’s Black Lightning so clearly superheroes have hit peak diversity. So why would Marvel want to waste time on a black creative team and a black perspective for Deadpool: The Animated Series when they’ve already added a proud cross to the diversity checklist with Luke Cage?

Glover’s Deadpool may have a little too much to say for himself, and from the sounds of it, Marvel was quick to pull an X-Men Origins: Wolverine job and have the character’s mouth sewn shut for good. Does the industry prefer their creators of color to be seen and not heard? Listen closely and maybe you’ll find out. 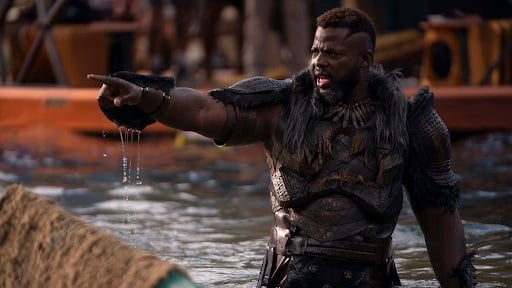