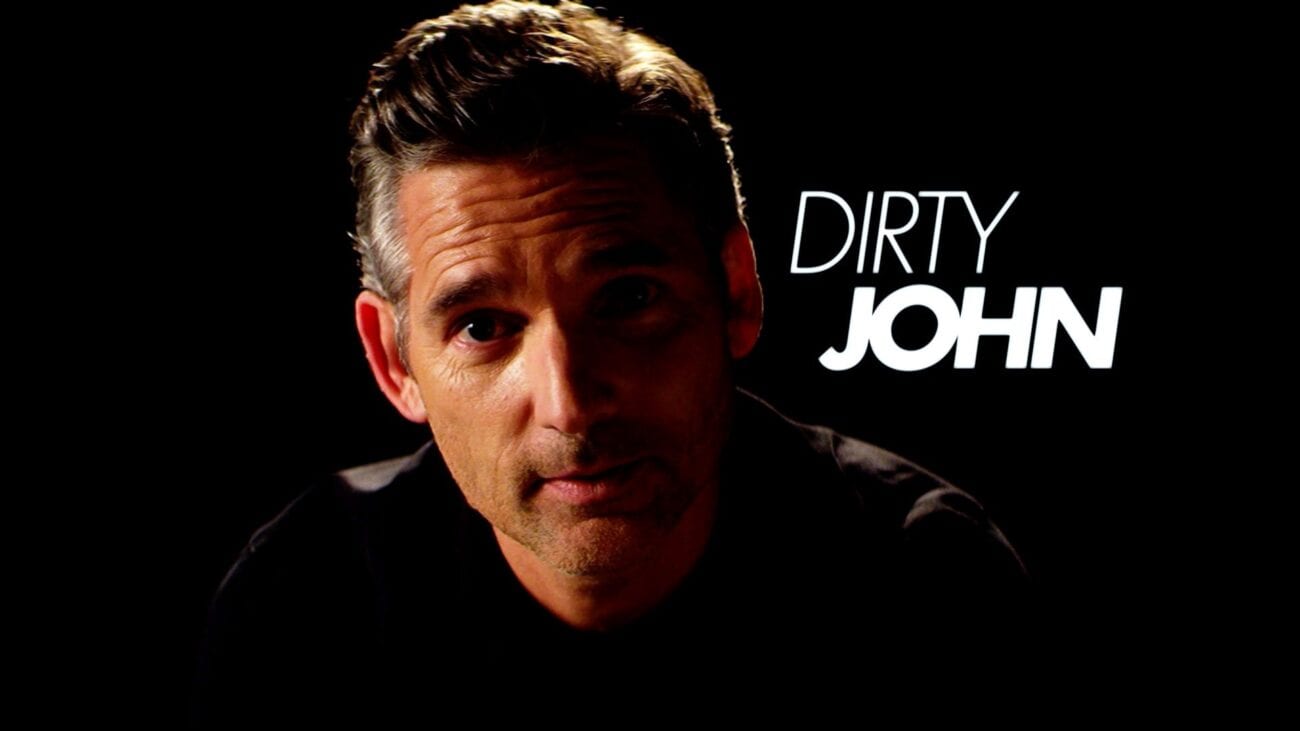 Love ‘Dirty John’ on Netflix? Relive all the creepiest moments

The creepiest thing about Dirty John is that it was based on a true story.

Dirty John season 1 is based on a wildly popular true crime podcast, also named Dirty John. Debra Newell matches with John Meehan on an online dating website. They quickly get married and Debra is head over heels in love with John. At one point, Debra chooses John over her children. As time goes on, Debra discovers more about John’s past and she gets more uncertain about their marriage.

Eric Bana plays John and he is intense, getting creepier with every episode. These are just a few of his most manipulative, scary moments that will leave you chilled to your core. 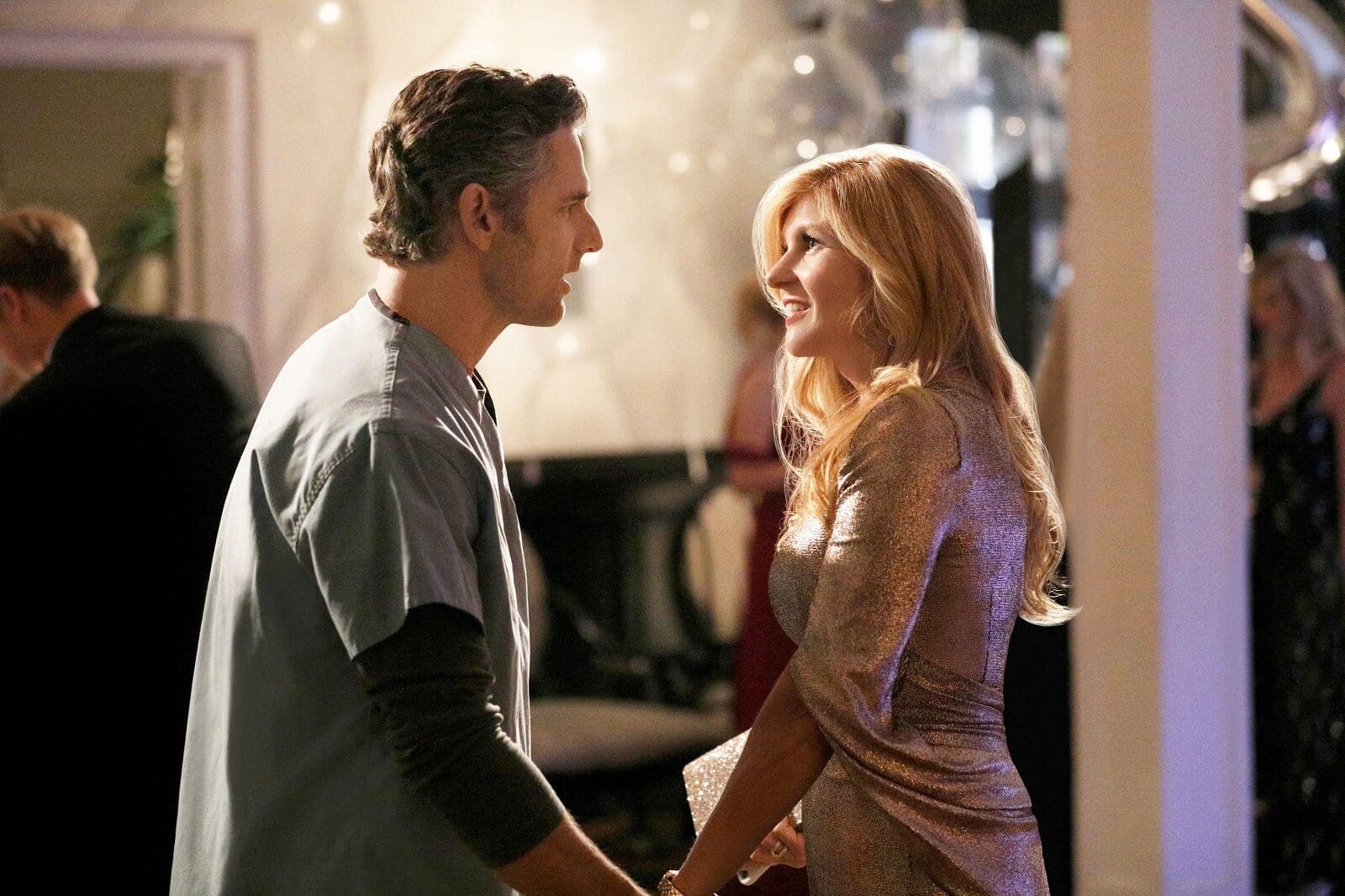 Putting aside the whole relationship between John & Debra, the hospital is truly where John shows his evil side in Dirty John. He messes with medical records so that he can steal fentanyl for himself. The patient is clearly writhing in severe pain, saying it feels like he didn’t give her anything.

The scene is even creepier when we find out that Debra & John got married just eight and a half weeks after their first date. We know at the first episode of Dirty John that this is not going to end well for Debra. 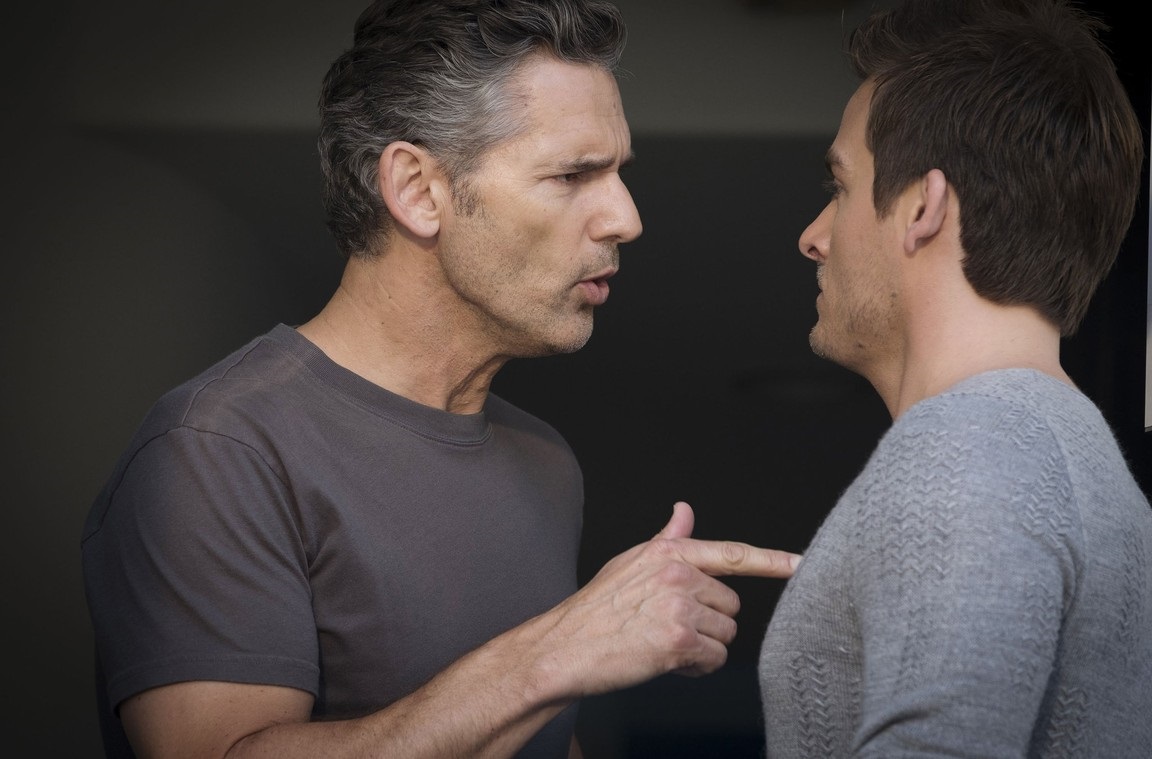 After a fairly tense moment in Dirty John when John asks about Toby’s father, John asks Toby about why Ronnie is so distant. Toby suggests that she’s protective of her mother and wants to make sure the relationship is real.

John then escalates the conversation when he casually observes that “I could take her out with a Winchester .30-06 and a 1,000-yard head shot.”

Both Debra & Toby are shocked, and rightfully so. It’s an absurd statement, made even worse when you find out later in Dirty John about the family’s history with domestic abuse. 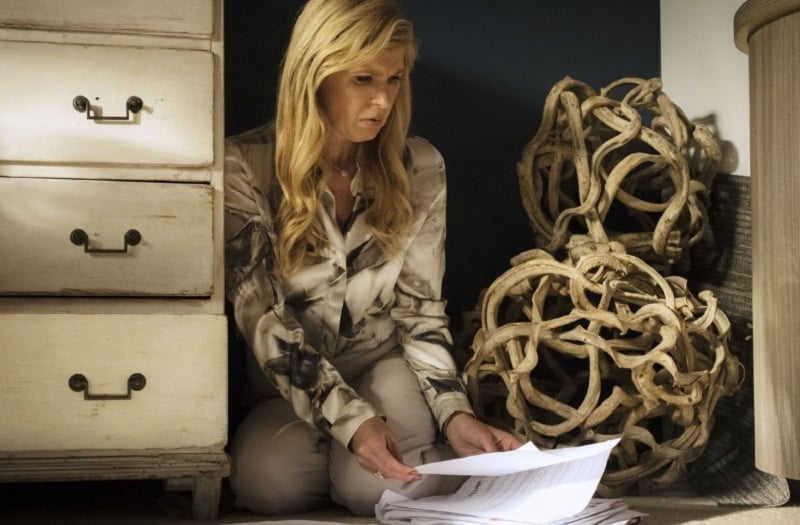 John yells because of a letter (S1E2)

While it only lasts a moment, this scene in Dirty John reveals a slight glimpse of the unstable side of John’s personality. John completely explodes with anger just because Debra, who is now his wife, is curious about a letter.

John’s explanation that he exploded because the letter comes from a war vet is an utterly insufficient justification for an outburst like that – it’s terrifying! The only good to come from this scene is it sparking Debra’s suspicion, making her find the creepy documents that reveal how crazy John really is. 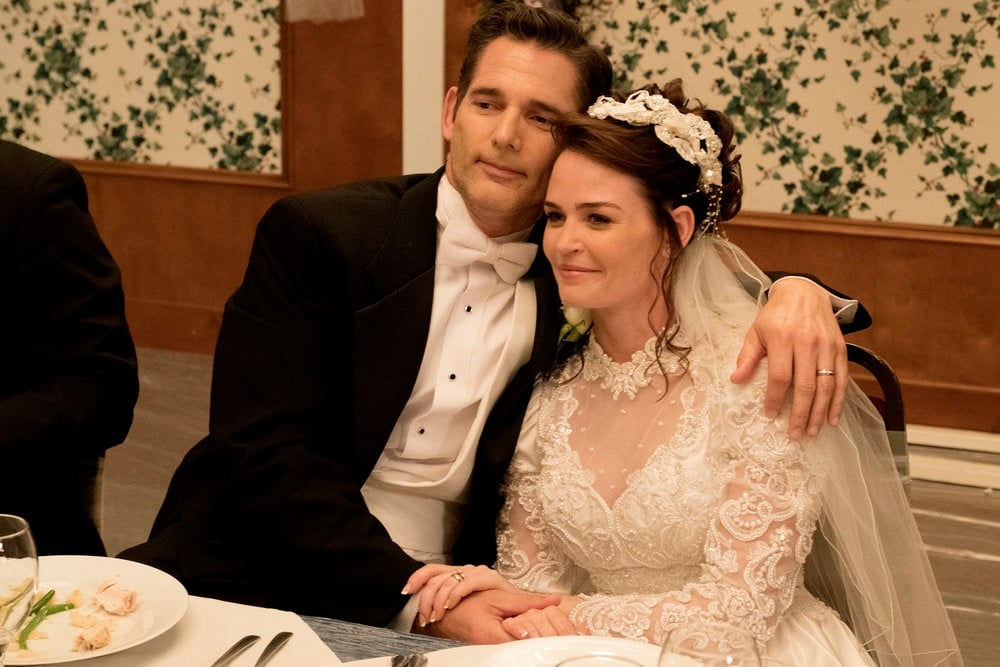 This scene in Dirty John is as if from a horror movie. John’s loud, abrasive knocking & yelling at Tonia when she changes the locks is haunting. Tonia is smart, but the fact that she has to change the locks at all is telling.

The scene gets even creepier when Tonia grabs a kitchen knife. As John gives up and drives away, it almost sounds as if he’s willing to drive the car through a wall straight into the house – just to get in. 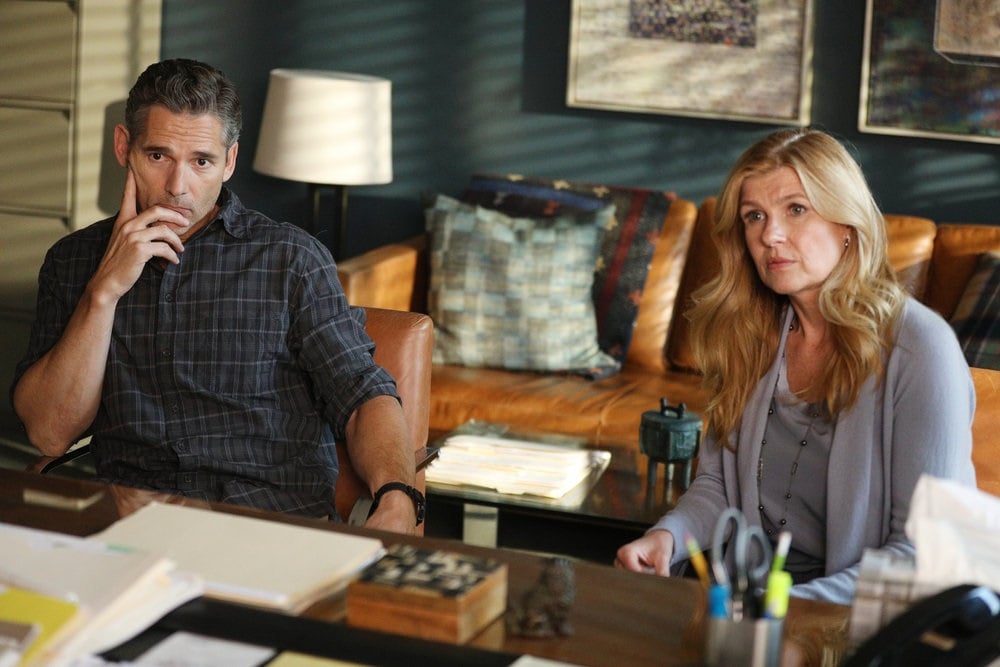 Debra gets back with John (S1E5)

The creep factor here really emphasizes the “dirty” in Dirty John. John singlehandedly gets back with Debra by emphasizing he’s an addict. In one episode, he’s able to get Debra to stay with him and abandon her children.

Keep in mind, the events of Dirty John occur within one single year. It’s vile & insanely creepy to think that this random psychopath is able to change someone’s mind & life so quickly. 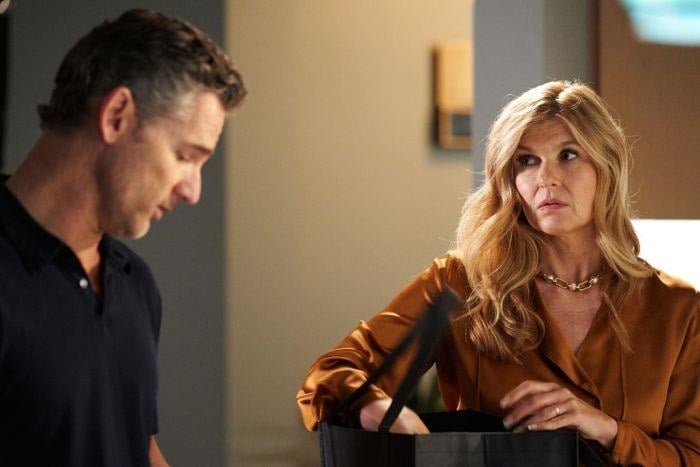 If your assistant is scared enough not even to transcribe a meeting with a client, that should be a sign to not accept the client. At this point in Dirty John, Debra knows all about John’s past, but still wants to see him get better for some reason. John convinces Debra to get a lawyer so he can clear his arrest record.

Right from the first handshake, John spends the whole meeting staring & judging the lawyer. The look on John’s face makes the entire room tense. In their next appointment, John doesn’t even sit down as he argues with the lawyer – and ultimately fires him.

The creepiest moment is the late phone call when John yells and ultimately threatens the lawyer, making it seem like John is right outside the office. It’s almost as if Dirty John turns into Scream. We find out John is at home the entire time, but it’s a bone-chilling scene that clearly shows John’s true personality.

At this point we all know John is up to no good, but in this episode of Dirty John we learn about the extent of John’s schemes – and his con game is extensive. We find out all the women he matched with and manipulated, all while taking drugs. He then proceeded to ruin all of their lives before meeting Debra.

We also find out about where he really was when John was supposed to be at the hospital. All of these lies show John’s true colors. It’s satisfying to finally see the truth, but it’s equally creepy to realize that this man was so willing to lie and ruin people’s lives just for his own gain.