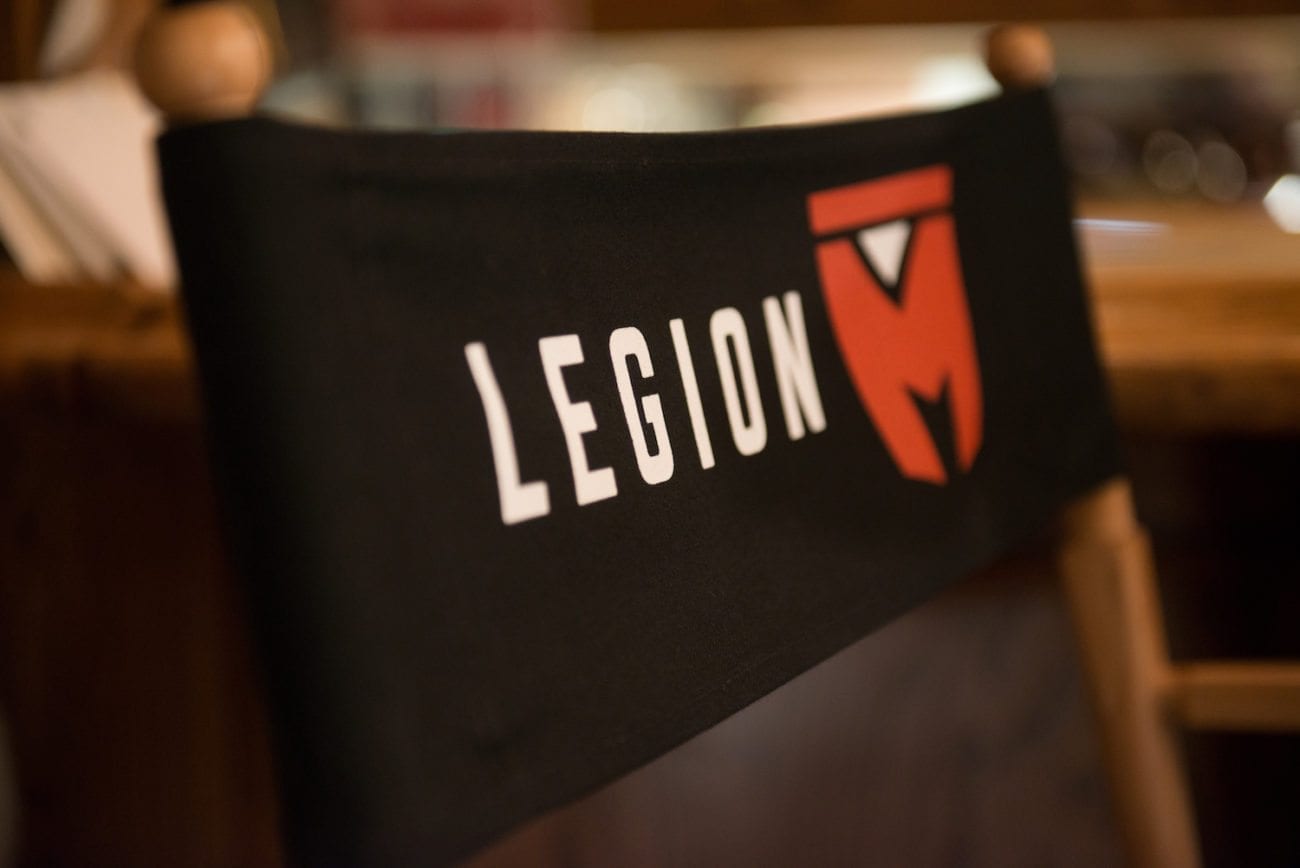 As any indie filmmaker will attest, marketing is hard. In 2017, it’s easier than ever to plan, produce and fund your movie. But finding an audience? Still tough. What if there were a way to make this final puzzle piece a little simpler? Paul Scanlan and Jeff Annison have created a solution to that very problem: Legion M.

The concept is nothing short of genius: Legion M is a production company, movie studio, and multimedia entertainment company, all funded by fans – and with fans comes your audience.

We first heard about Legion M exactly a year ago, when they launched their audacious initial crowdfunding campaign aiming to raise a million bucks to seed a “fan-owned movie studio”. Due to draconian financial laws, a studio owned by fans just hadn’t been possible in the U.S. until exactly that point. In response, Hollywood heavyweights spit feathers over the intrepidity of the venture or just sulked in the corner, pissed they hadn’t come up with the idea first.

While the concept of a production studio owned by the people isn’t exactly unique – the BBC have been operating on that exact premise in the UK since 1927 – such enterprises are usually non-profit, with the fan-investors never gaining anything material for their support. In the UK, it’s actually a criminal offense to own a television without chipping in for your “licence fee”. With Legion M, fan-investors may not actually be hurling their capital into a bottomless pit, as there’s a real chance they may see a return on their investment – eventually.

However, the potential financial rewards aren’t really the main appeal for Legion M’s three thousand fan-investors. What really turns these film buffs on is the chance for a say in the filmmaking process.

Legion M becomes super-powered via its crowdsourced community. At the very active private Facebook group and on the Legion M website forums, fan-investors are consulted about the many ideas the board is considering. Although major strategic decisions are still up to the founders, from a marketing perspective the Legion M community is already a valuable resource. By crowdsourcing responses to future campaigns, the community can help Legion M avoid expensive promotional mistakes. To all intents and purposes, fan-investors act as a highly engaged, super-responsive focus group.

Carlzen Balagot, Legion M early investor and CalTech research assistant and freelance photographer, told us, “As fans, we have input now. We used to just be on the sidelines. We are funding Hollywood, and I’m sure our involvement and knowledge are to be exercised and applied in how these films are presented to the public.”

James Riederer, a fellow early investor, discovered Legion M while reading the LA Times in 2016. Coming from “a small town with just one comic book store”, Riederer has high hopes for both the future of Legion M and cinema itself. “I really believe Legion M can make change and bring back the glory days of Hollywood, making film inventive and fun again.”

The Legion M founders excel at transparency, with every effort going into keeping their fan-investors in the loop. They host regular live-stream updates chatting about news and business developments, each session ending with an open floor for questions. These chats go a long way to make community members feel included in the brand they are helping to build.

Thomas Coppola, a retiree and early Legion M investor, happened upon their WeFunder profile and was impressed by their lean approach for such a large proposition, as well as their “more-or-less transparent approach”.

Although currently limited in size, the community is already powerful. Legion M’s previous marketing campaigns have followed a symbiotic approach; rather than dry-sell Legion M from behind a table at Comic Con, the small team thought outside the box. They conceived an immersive “happening” for the convention known as the Pitch Elevator. 400 entries, one giant prop, and a whole load of social media chatter later, their concept became one of the most buzzworthy experiences at the Stan Lee Comic Con.

Following the enthusiastic community reaction to the concept, the Legion M board decided the Pitch Elevator concept would work well as a TV show, and pitched it to Legendary Entertainment. If it does go into production, such a show would not only provide a valuable platform for talented people with little access to industry contacts and resources, but could act as a large scale advertisement for Legion M itself. Advertisers usually pay millions of dollars for that type of airtime, but Legion M would actually be getting paid for their collaboration. These synergistic projects are key to the lean development strategy of the Legion M brand, whose methods can sound so meta you could easily confuse them with a Mitchell Hurwitz script.

Legion M have taken their agile Silicon Valley way of doing business to Hollywood. Film and TV production is flabbier than ever, as reported in the fantastic Nick Bilton-Vanity Fair piece published earlier this year. Film & TV production today is a wasteful process full of often unnecessary elements, an industry shouting from the rooftops for disruption. While tech companies may be interested in preserving the film medium, they generally don’t let their emotions interfere with the bottom line. Case in point: both the Amazon and Netflix streaming platforms started producing their own content when the Hollywood asking price for content became too high.

After speaking with Paul Scanlan, we can’t help but feel the Legion M ship will be steered with similar skill. With a mere five full-time staff members, they are lean, flexible, and ready to diversify. This agility already gives them the upper hand over a hierarchical Hollywood studio system that takes years just to greenlight a project.

Thunder Levin is a writer and director living in Los Angeles best known for the infamous Sharknado series. After reading about Legion M in Variety, he thought it “sounded like a fascinating concept if they could actually pull it off”. Levin believes “the feature film business has become fairly moribund in the past decade or so as the studios’ corporate overlords become more and more risk-averse. If a movie isn’t a sequel, prequel, reboot, or adaptation, it just doesn’t get made. Because Legion M’s business model would sort of ‘pre-vet’ movie ideas, it seems they’d have more freedom to pursue original material, because they’d already know if movie fans were behind it.”

Levin believes one of the magic ingredients of the Legion M team “is that, while they’re all seasoned professionals, they’re also fans. They haven’t lost their love of movies and they still geek out. Most of the film people I know don’t even go to the movies anymore.”

Kristen Anderson Grubb, yoga instructor and active member of the Legion M community, agrees with this analysis. “The industry is getting stuck in a loop of the same people making the same movies. Legion M can produce new original material by unknowns – actually growing the industry.” Kristen also acted as a Pitch Elevator judge and went behind the scenes on Legion M’s original content series Icons (filmed in 3D for use on VR headsets) in which Kevin Smith interviewed Stan Lee. Her early involvement with core projects shows the inclusivity of the community and opportunities for fan-investors to be part of the process.

Whitney Worthen is a journalist, sound specialist, and movie blogger. Living in Indiana, she felt geographically isolated from the movie business and was looking for a way back into the system after graduating from film school years before. She saw a Facebook advert for Legion M and invested, reflecting that “Legion M’s ability to talk to and interact with fans will give them better insight into what the audience wants.”

Much has been made in the press about the pitching process for Paul Scanlan and Jeff Annison’s previous venture, MobiTV. The dynamic duo became the laughingstock of Hollywood, with one studio executive stating “you’re crazy if you think people are going to watch movies from their phones,” according to Scanlan. The studios, slow to understand the mobile revolution, eventually did sign up with MobiTV. Paul Scanlan observed further that, with Legion M, Hollywood has been a lot more accepting and even encouraging of the project. This could be based on the now-proven track record of the Emmy-winning directors (Paul Scanlan and Jeff Annison), or it could be down to high-profile early adopters such as Seth Green, Alamo Drafthouse, Guillermo del Toro, and Stan Lee. The climate is very different now: Hollywood insiders are aware the time has come for major disruption.

Paul & Jeff are known in the industry for tapping into the zeitgeist, sticking their necks out on their bet for the future of entertainment. So far, their results speak for themselves. With the world decentralizing, and media audiences wanting more power over what they consume, Legion M could be the bridge between today’s legacy studio system and technology offerings of the future. By heavily investing in the virtual and augmented reality markets, Legion M mean to future-proof their business model for tomorrow’s marketplace and beyond.

Legion M currently has over 7,000 investors and more than 15,000 members. But in the end, Legion M hopes to find a million investors – which, if they are successful, will be a much more difficult community to manage than their current membership numbers. The cash and minds of a million fans could usher in a new era of entertainment. Regardless whether they pull that off, the Legion M concept is a major disruptor in the content revolution.

Thanks to everyone who agreed to be interviewed for this piece.

Get in on the ground floor! The second round of investment is open now closing on the 2nd of September.