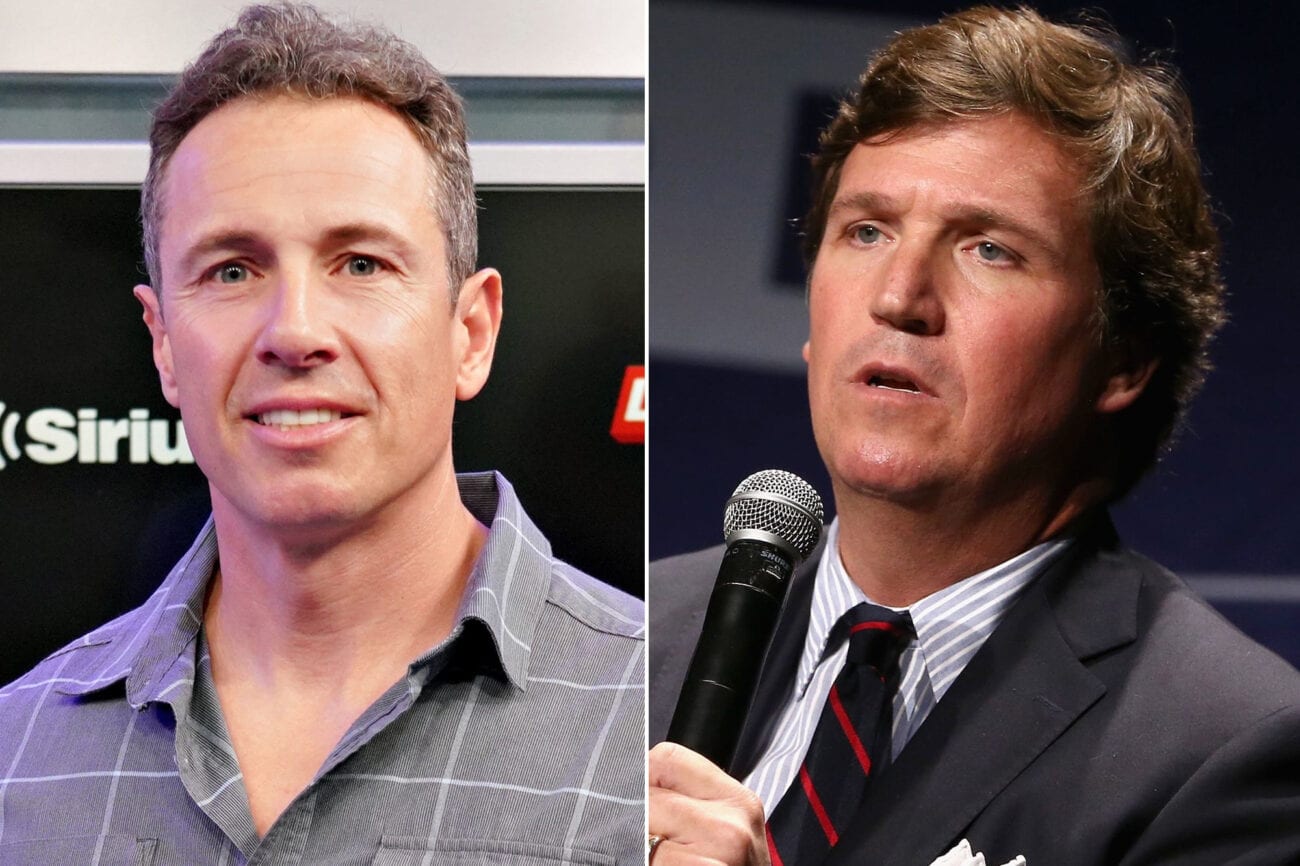 It’s no secret that U.S. news outlets CNN and FOX News don’t like each other. One leans left and sparks the ire of U.S. President Donald Trump consistently. The other is a right-wing news outlet that prides itself on reporting what “the liberal media” won’t tell you. 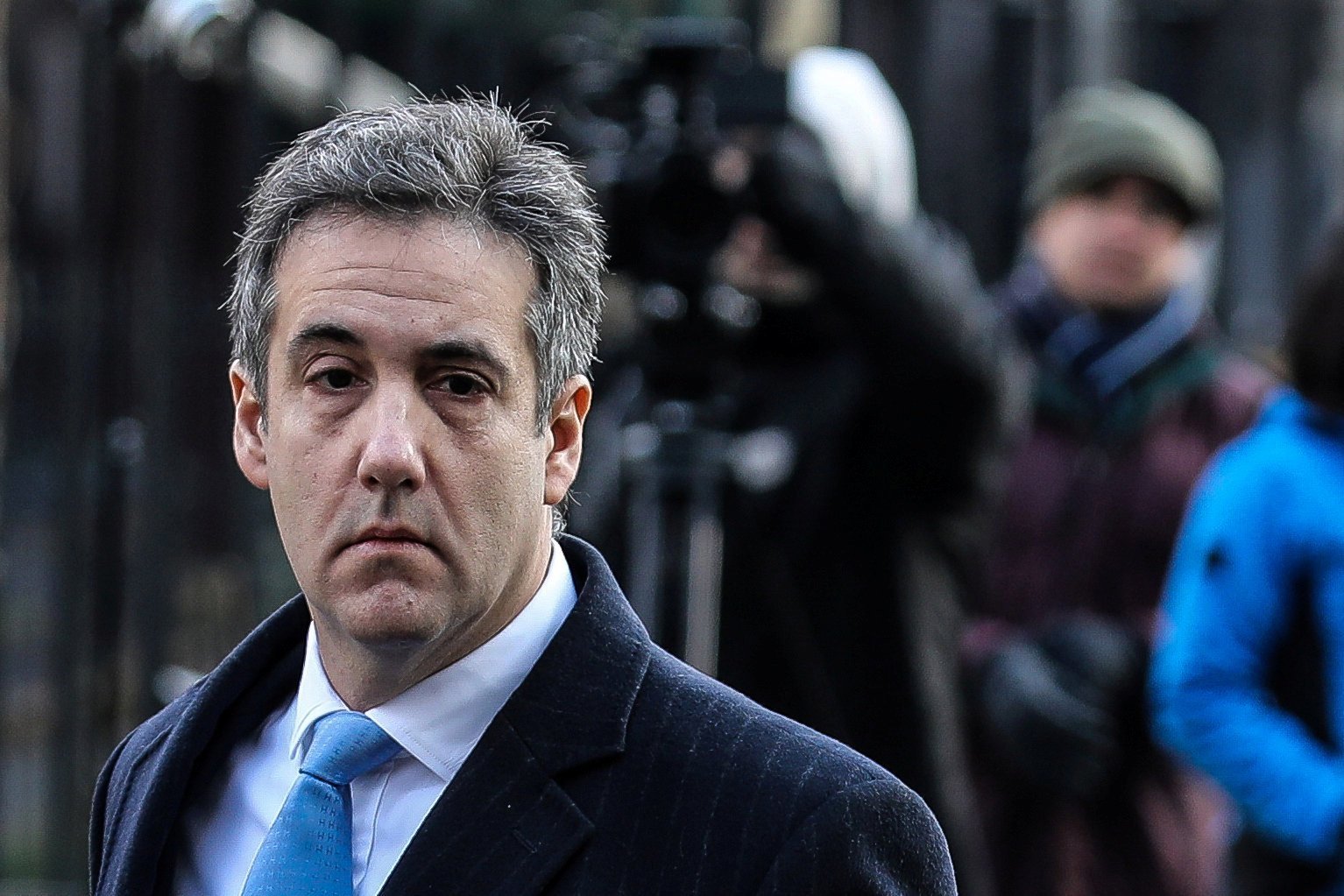 Who is Michael Cohen?

Michael Cohen once served as Trump’s attorney and vice president of the Trump Foundation. Described as Trump’s “fixer” by the media, Cohen was disbarred after he pled guilty to eight counts of campaign finance violations, bank fraud, and other financial crimes in an attempt to sway the 2016 election.

Since the investigation into a possible 2016 election interference, Republicans distanced themselves from Cohen as much as possible. Carlson called Cohen a “sleaze” before playing parts of the Cuomo tape, saying “if there was a Hollywood movie about sleazeballs, Michael Cohen would play the lead.” 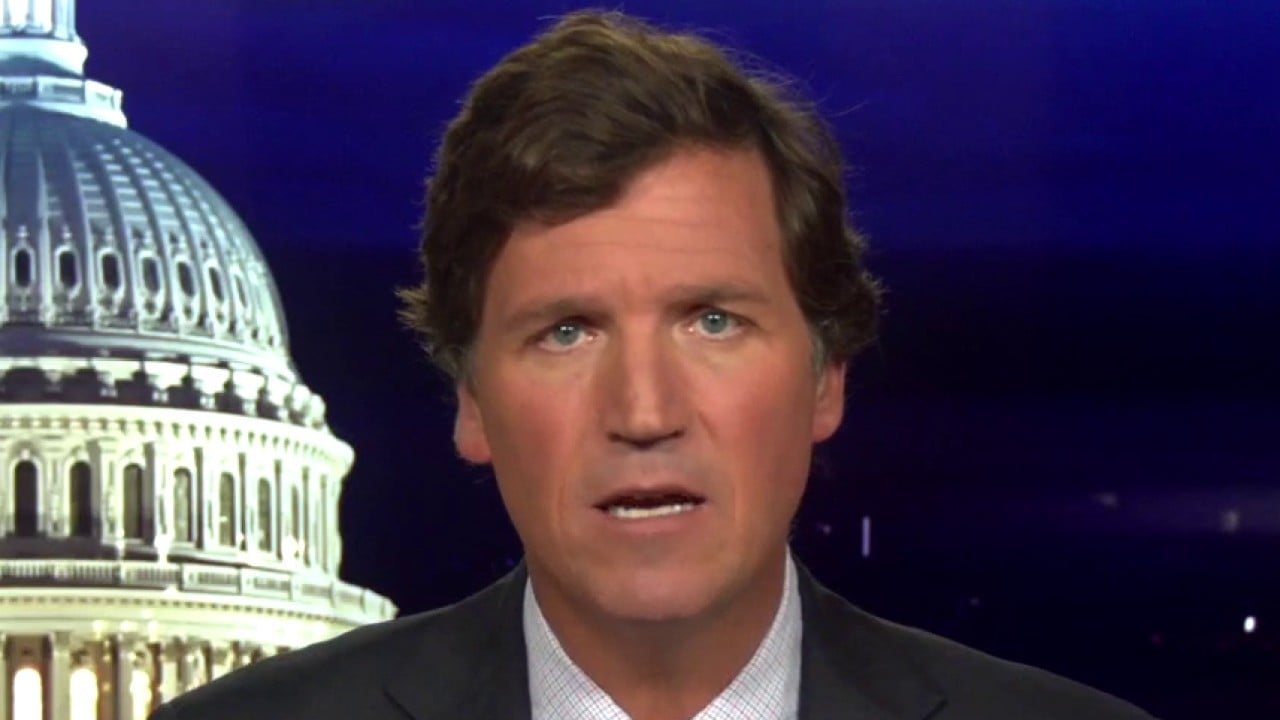 After dissing Cohen and going through the litany of connections Chris Cuomo has, including his connection to New York governor Andrew Cuomo, and reflecting on the “values” Cuomo judges “you” (FOX News viewers) for not living up to, Tucker Carlson plays part of the tape.

“I’m always careful when I talk to media, right? You know how many f***ing phone calls I’ve gotten from people at ABC that say that reporters are calling and lying to try and get stories about me when I was at ABC?”

“I heard he was the Charlie Rose of ABC,” Cohen said on the tape, appearing to mock the accusations. “I heard he would take girls up to his hotel room and open his bathrobe. Do I look like the kind of f***ing guy who’s gotta do that?” 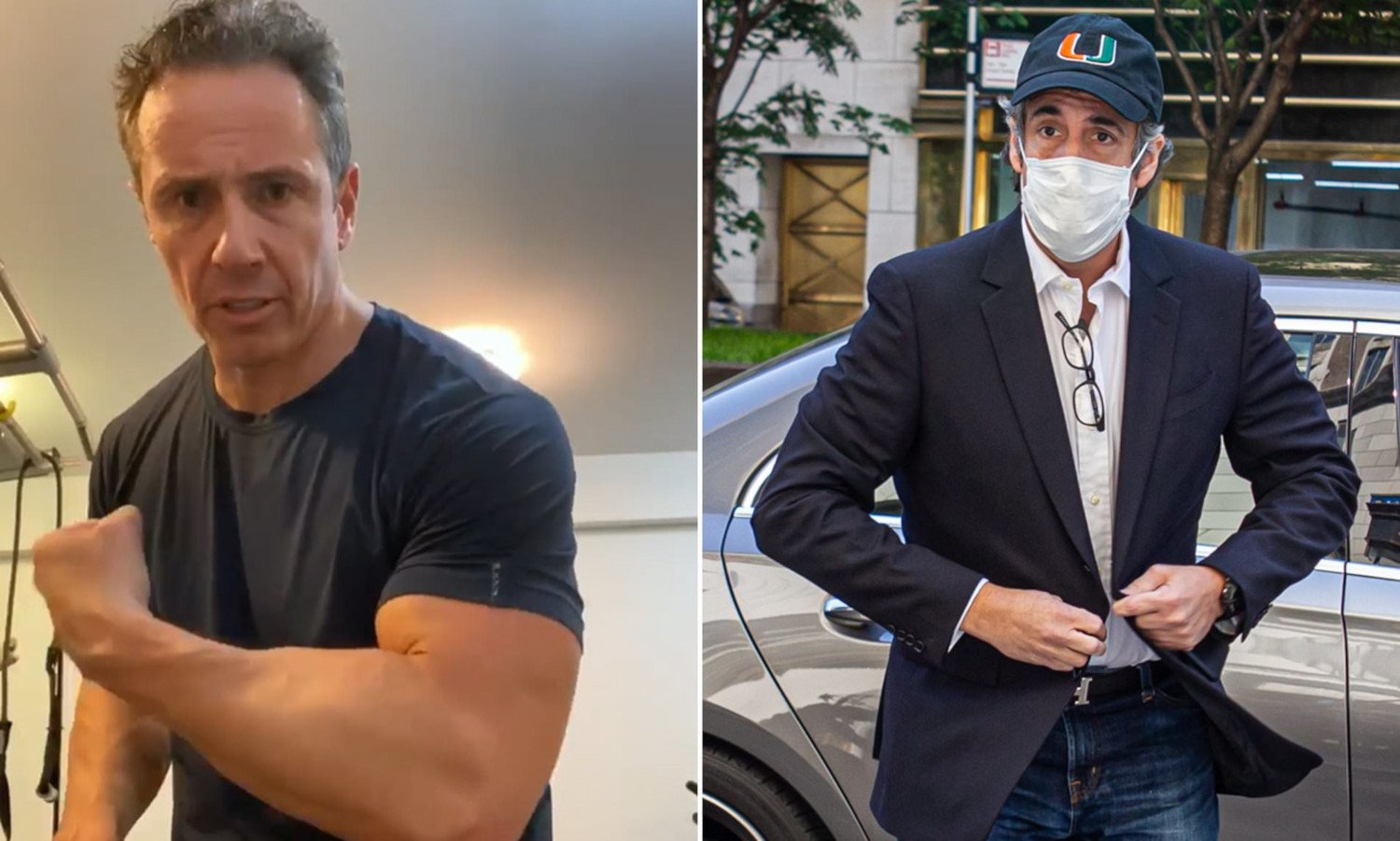 “There is no woman!”

Later on in the tape, Michael Cohen asks Chris Cuomo if there was a credible accusation against him. Cohen says angrily that “there is no woman!” He also explains to Cohen that the accusations are overblown, citing a woman who said she was made to feel uncomfortable when Choen stood too close to her in an elevator.

“The media is not your friend,” is the last thing Cohen said on Carlson’s segment before Carlson cut the tape to give commentary. The commentary Carlson gives points to the hypocrisy that if anyone else faced sexual assault allegations, Chris Cuomo would demand “they be banished from society” per Carlson’s take on the tape.

After the segment aired, Trump called for Chris Cuomo’s prompt firing from CNN in a tweet. Replying to a tweet claiming Cuomo admitted to being accused of sexual harassment, Trump said:

“Will Fredo be fired by Fake News @CNN? He speaks with great disrespect about women, and it will only get worse. Fredo’s Ratings are bad, so this is the time. Always terrible to speak to sleazebags, especially when you are being recorded. CNN has no choice, Fredo must go!” 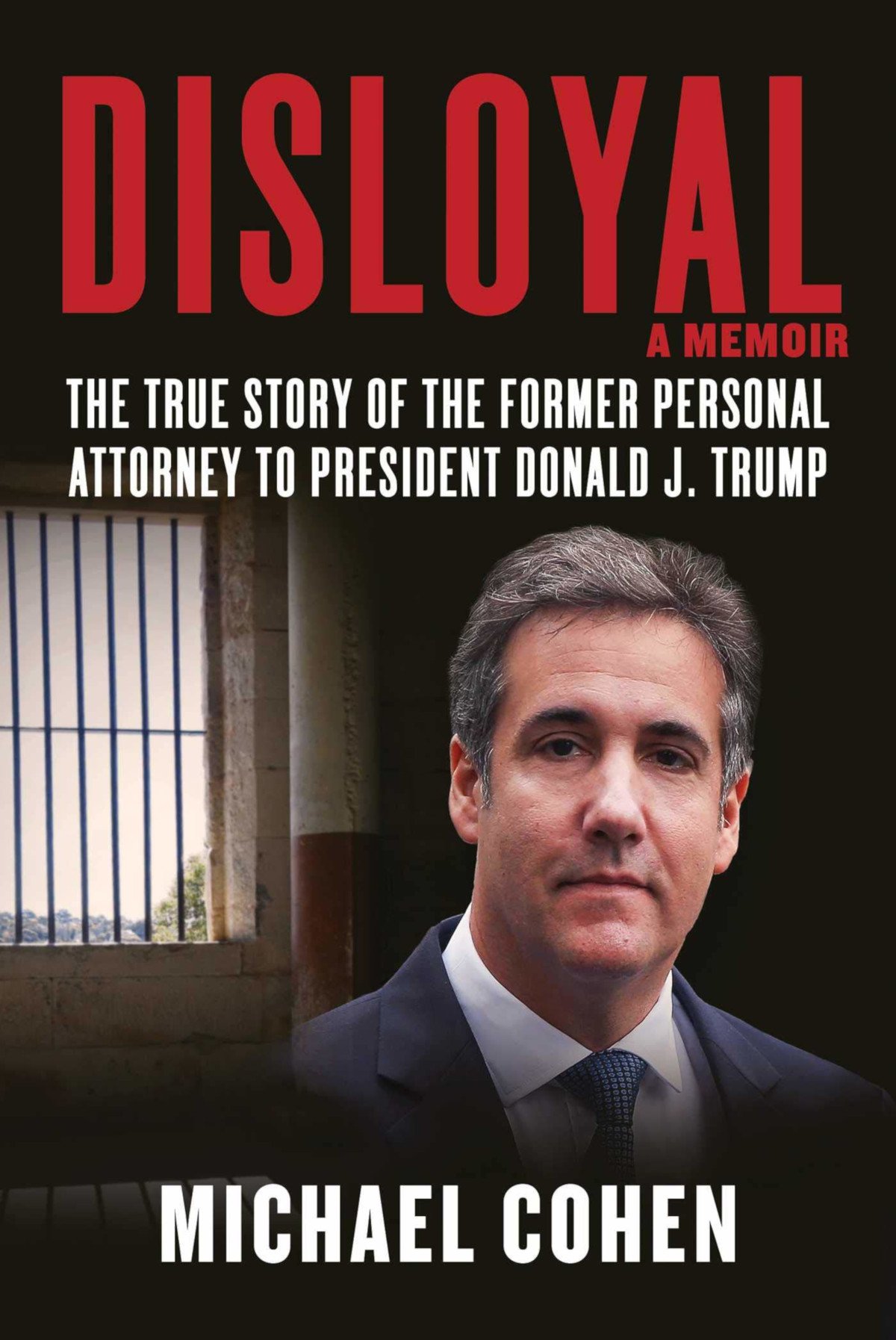 We searched the internet high & low for the full tape. All we have is what Tucker Carlson provided his viewers. While Michael Cohen is known for secretly taping conversations he had with people, no one knows how the tape came into FOX News’ possession, or Tucker Carlson’s. Cohen also denies giving either party any tape.

The only people in possession of these recordings are me, @DOJ, @POTUS & Trump Org. I did not give this recording or authorization for its use to @FoxNews or anyone. @POTUS and cronies violated my First amendment rights and now this; all to discredit me and my book. What’s next? pic.twitter.com/ajgmpE9ZoF

However, a tape exists. Apparently, it’s in the hands of the Justice Dept. as part of an ongoing investigation. In a statement, Michael Cohen tweeted:

‘The only people in possession of these recordings are me, [the Department of Justice and President Trump] & Trump Org. I did not give this recording or authorization for its use to @FoxNews or anyone. . . [Trump] and cronies violated my First amendment rights and now this; all to discredit me and my book. What’s next?’ 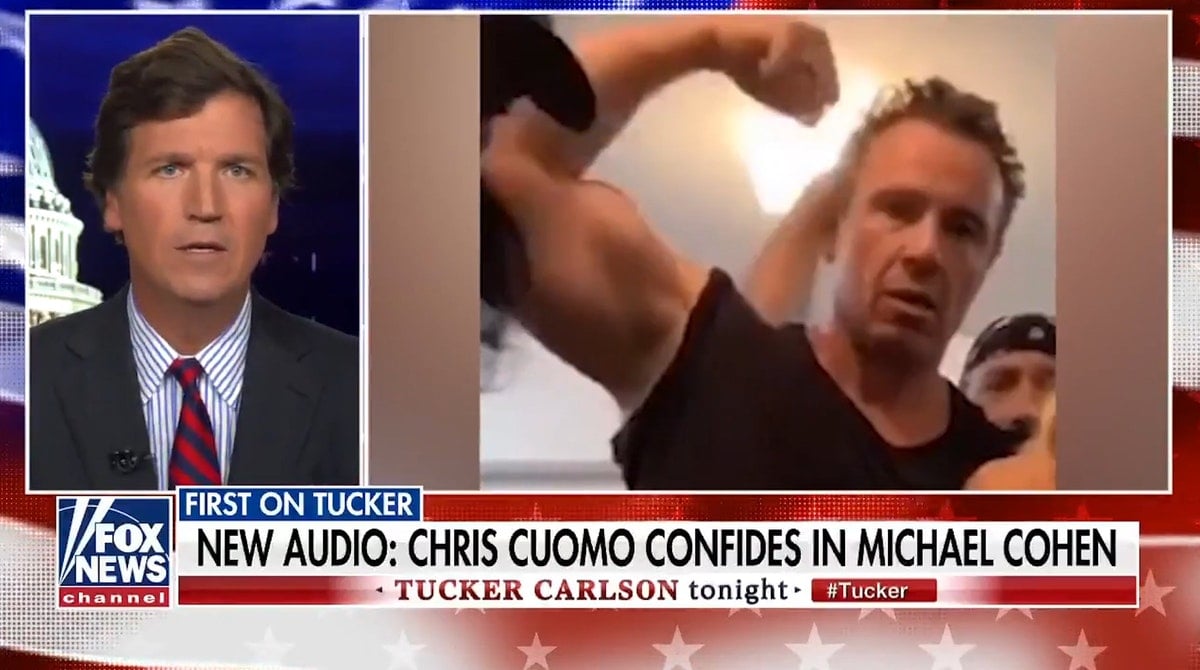 Why was Chris Cuomo talking to Michael Cohen?

Michael Cohen is working on a tell-all book about the Trump administration, which he claims is being sabotaged by the administration. 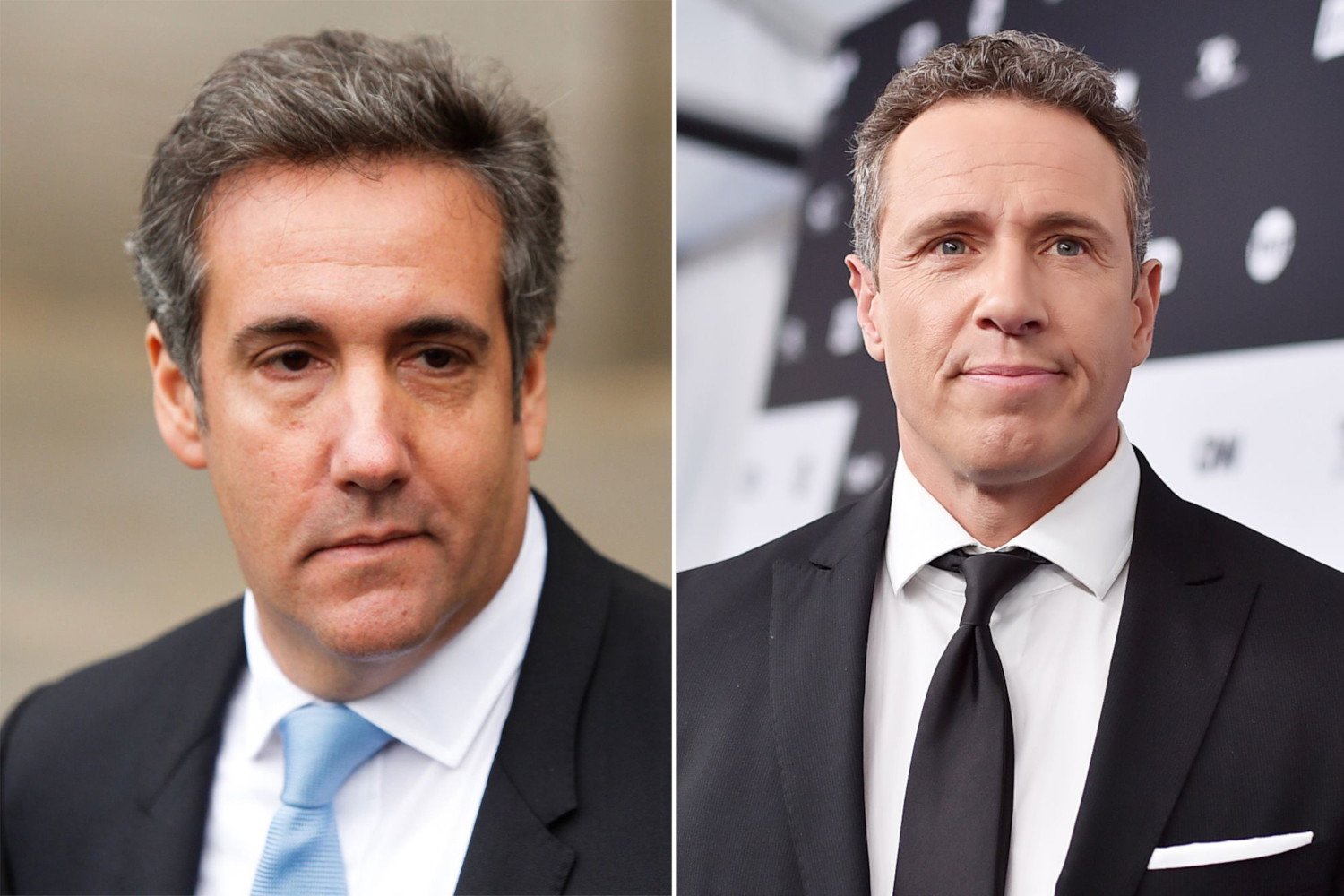 Cohen was released from prison in 2020 due to COVID-19, remanded to serve the rest of his sentence under house arrest. After photographs emerged of Cohen dining in a Manhattan restaurant, he was re-arrested. He successfully overturned his re-arrest, arguing that the Trump administration tried to use his sentence to delay his book.

It’s not clear whether this tape was made in connection with the DOJ’s investigation or what connection it has to it, but per Cohen, it’s being held by them as part of their investigation. 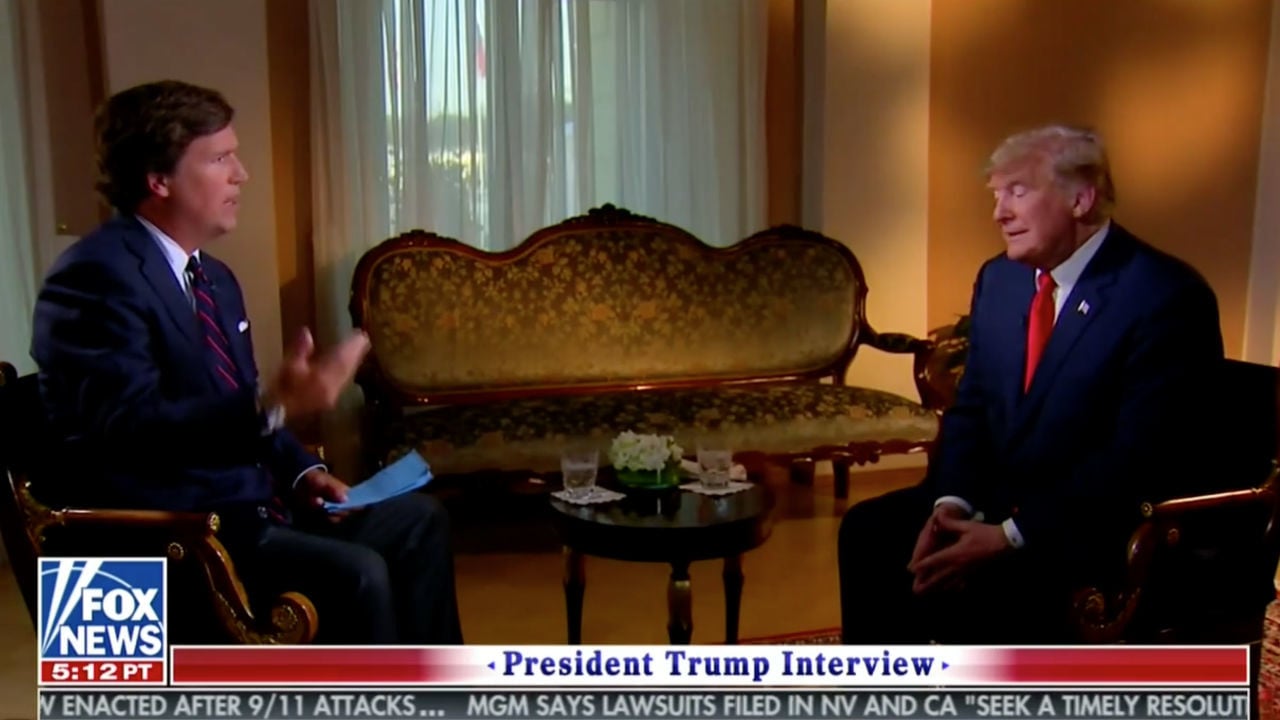 Where are the complaints?

So far, ABC has no record of formal complaints against Chris Cuomo from his time there. As we know from previous sexual harassment cases, the absence of a formal complaint doesn’t mean it didn’t happen. However, there are circumstances around Carlson & Trump that call hypocrisy to their interpretation of the tape.

Tucker Carlson was named in a sexual misconduct lawsuit filed by FOX News guest Cathy Areu according to The New York Times. She appeared on Carlson’s segment on sexism in America.

As for Trump, he’s famously been caught on tape telling a reporter that he could “grab women by the p*ssy” and faced accusations of sexual misconduct from twenty-five women. He’s also been named as a friend of sex trafficker Jeffrey Epstein.

We take all claims of harassment, misconduct, and retaliation seriously, promptly investigating them and taking immediate action as needed — in this case, the appropriate action based on our investigation is to defend vigorously against these baseless allegations. Ms. Areu and Jennifer Eckhart can pursue their claims against Ed Henry directly with him, as FOX News already took swift action as soon as it learned of Ms. Eckhart’s claims on June 25 and Mr. Henry is no longer employed by the network.”
—FOX News