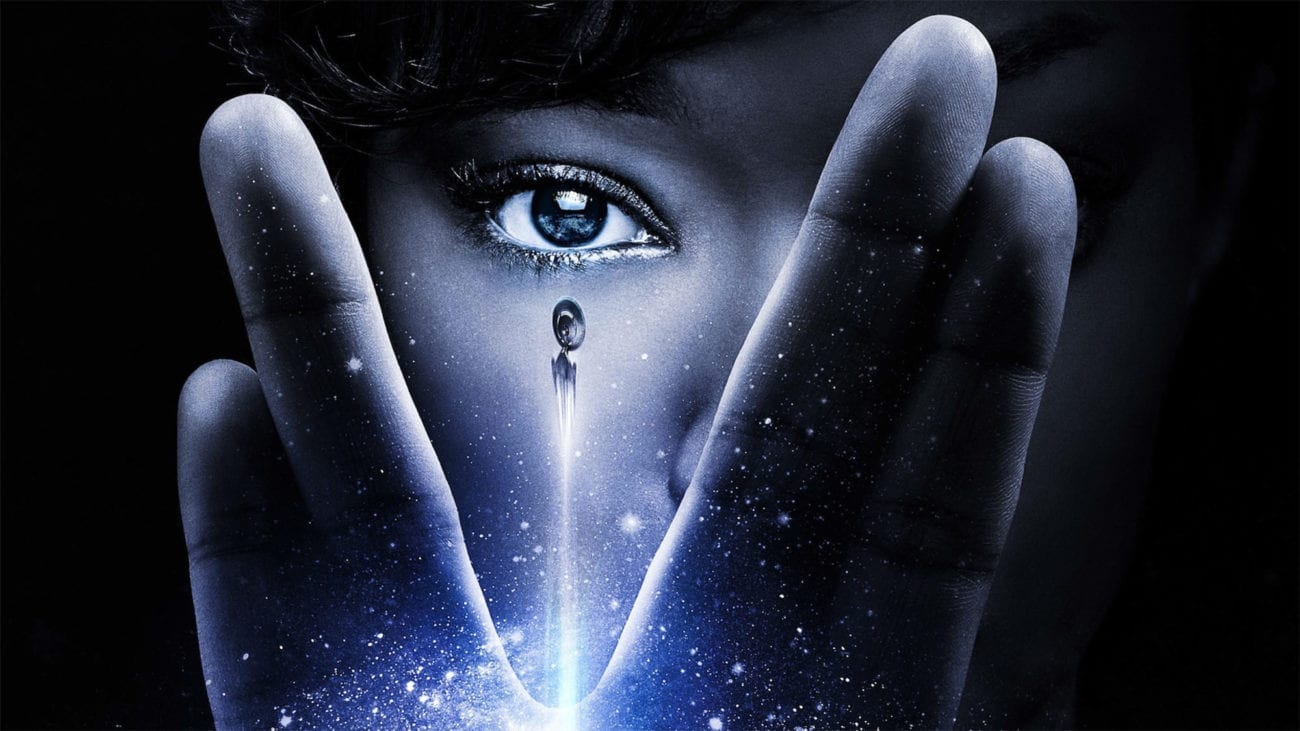 The Marvel Cinematic Universe has a lot to answer for. As well as inspiring just about every “franchise” movie to throw in an obligatory post-credits sequence, now every major series also needs to be part of some overblown extended universe.

There was the disastrous recent attempt at the Universal Monsterverse (which was thankfully trampled down with all the gusto of Tom Cruise jumping on one of Oprah’s couches), and then there’s the frankly baffling current mess of the DC Extended Universe (and its many Joker movies). 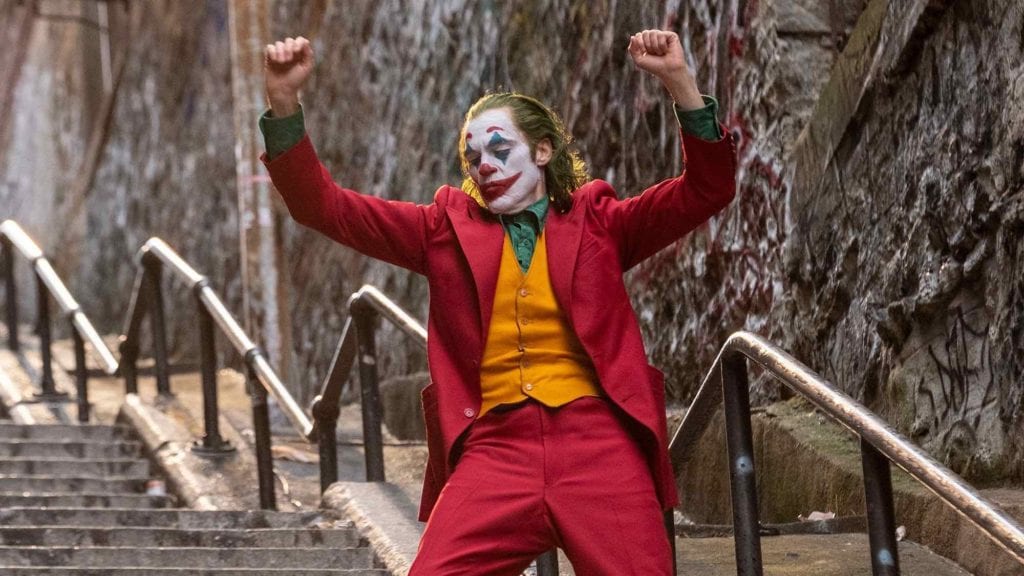 Star Trek looks eager to become the next overblown extended franchise sure to oversaturate the market. In an interview with Deadline, CBS TV Studios President David Stapf unveiled his goal “that there should be a Star Trek: Something on all the time on (CBS) All Access.”

Stapf was joined in the interview by CBS All Access’s Marc DeBevoise and Executive Vice President of Original Content Julie McNamara, who were all-too happy to divulge their plans for Star Trek to become an all-consuming powerhouse of programming.

The news arrived hot on the heels after the worrying announcement that Patrick Stewart (X-Men) is reprising his role as Captain Jean-Luc Picard in new standalone series Star Trek: Picard – and the announcement of Star Trek: Short Treks, Discovery shorts aired before the next season.

For some fans, this is all great news. Others find Star Trek: Discovery‘s blatant departure from the tone and character from all previous Trek television series (and poor dialog, pacing, score, character arcs, plot arcs . . .  you get the drift) a disaster, and are gritting their teeth at the prospect of further narrative catastrophe.

We’d genuinely be excited to see Captain Picard back on the bridge drinking Earl Grey and making inspiring speeches – but rumor has it the new series will be portraying a very different Picard from the upstanding Starfleet captain we love. Is this deliberate sabotage?

There’s definitely such a thing as overkill, and CBS seems eager to achieve it. McNamara explained they have even bigger plans to expand the franchise. 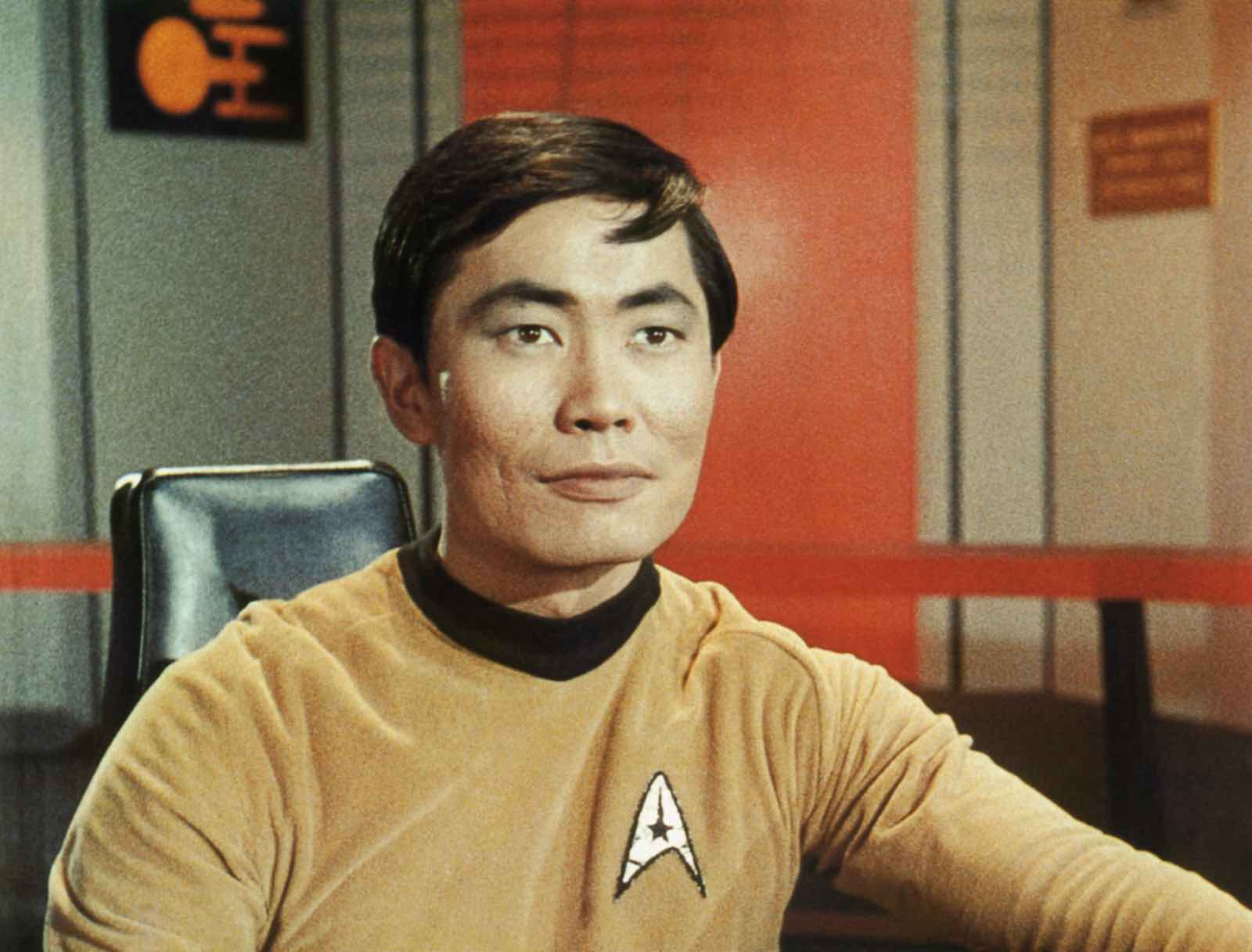 McNamara suggested nearly every Discovery character has been considered for his or her own show. A spinoff is definitely in the works starring Michelle Yeoh as her character from Discovery, the mirror universe’s ex-Emporer Georgiou, now working with Starfleet’s questionable intelligence agency.

And lastly, they’ve confirmed what sounds like the best of the bunch, especially if it’s a comedy: Star Trek: Lower Decks, an animated series about new, low-ranking characters aboard a Starfleet ship.

However, one idea that’s currently off the table is for another series based on a former Star Trek franchise – aside from the one featuring Picard said to be taking place 20 years after the events of Star Trek: Nemesis. At least for now, that is. Stapf jokes to “never say never” about William Shatner (Haven) reprising his role as Captain James T. Kirk. Here is our facepalm to that news:

There are many options for these shows. No doubt some fresh, original, and even exciting ideas could potentially come of them. In such an infinite universe, there’s also infinite potential for great storytelling.

But it isn’t so much the ideas behind these shows that has us the most concerned about the whole thing. Not only is it too much, too soon – CBS simply hasn’t shown the understanding of the Trek universe nor the writers room quality so far to pull it all off.

We have no doubt there are fans who would likely jump at the opportunity to be able to watch all the Star Trek content the network plans to stuff CBS All Access with (like a bulging, soggy burrito) all day, every day as Stapf suggests. But we’d also argue this audience is the minority. Most of us just want to see  solid storytelling and the occasional flash of nostalgia. Star Trek: Discovery is missing the former in spades. 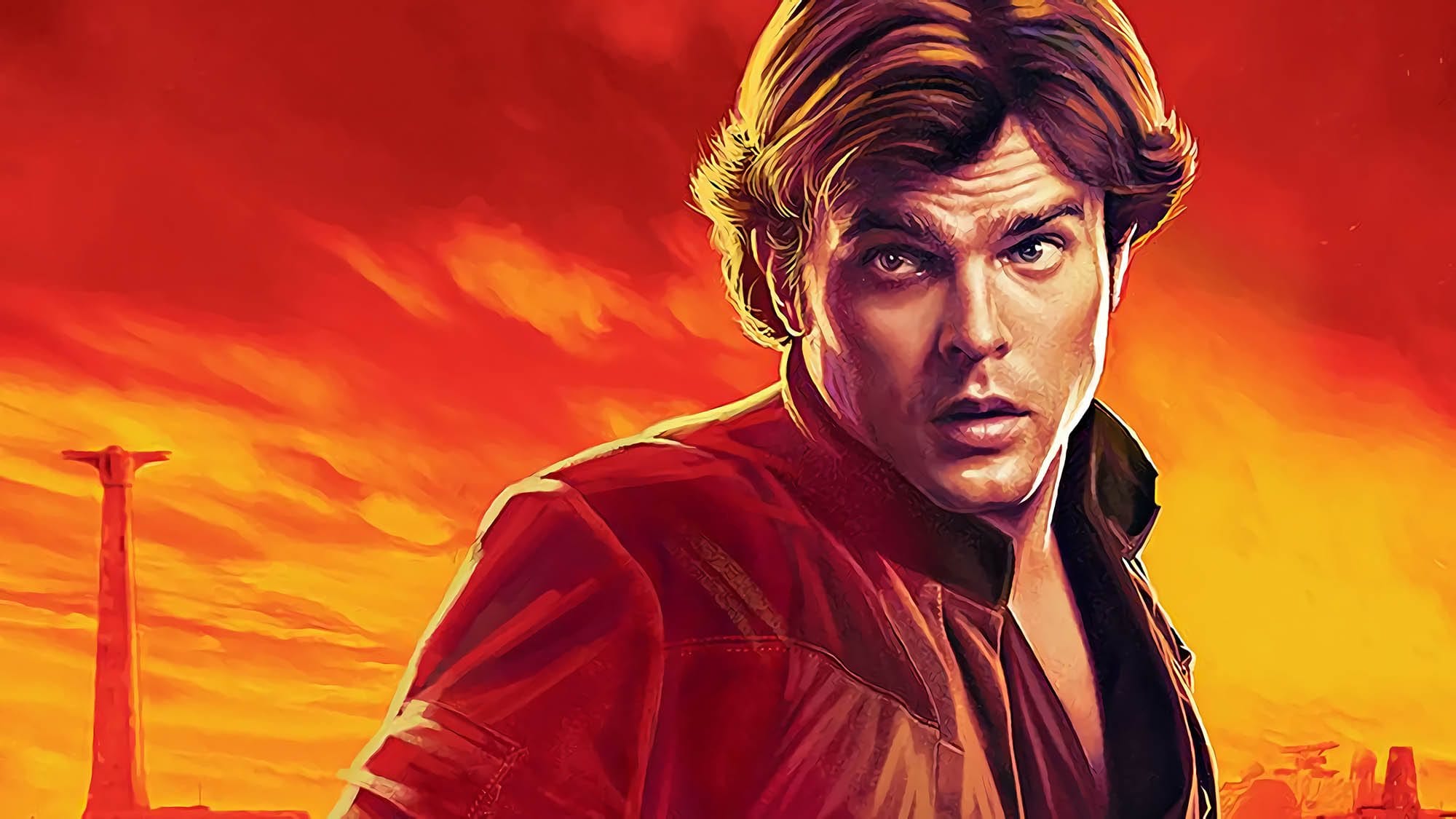 A galaxy far, far away that kept coming back way too soon

To add several more shows on top of these is to completely dilute the franchise. You need only look at how unhappy some Star Wars fans have been with Disney’s recent, overly enthusiastic handling of the “other” iconic American sci-fi franchise. Solo: A Star Wars Story didn’t do too great at the box office and a lot of fans didn’t take too kindly to the film either.

When Solo drew disappointing box office numbers, just about every entertainment publication possible donned their professor tweeds, stroked their fair chins, and speculated it was due to “Star Wars fatigue”. 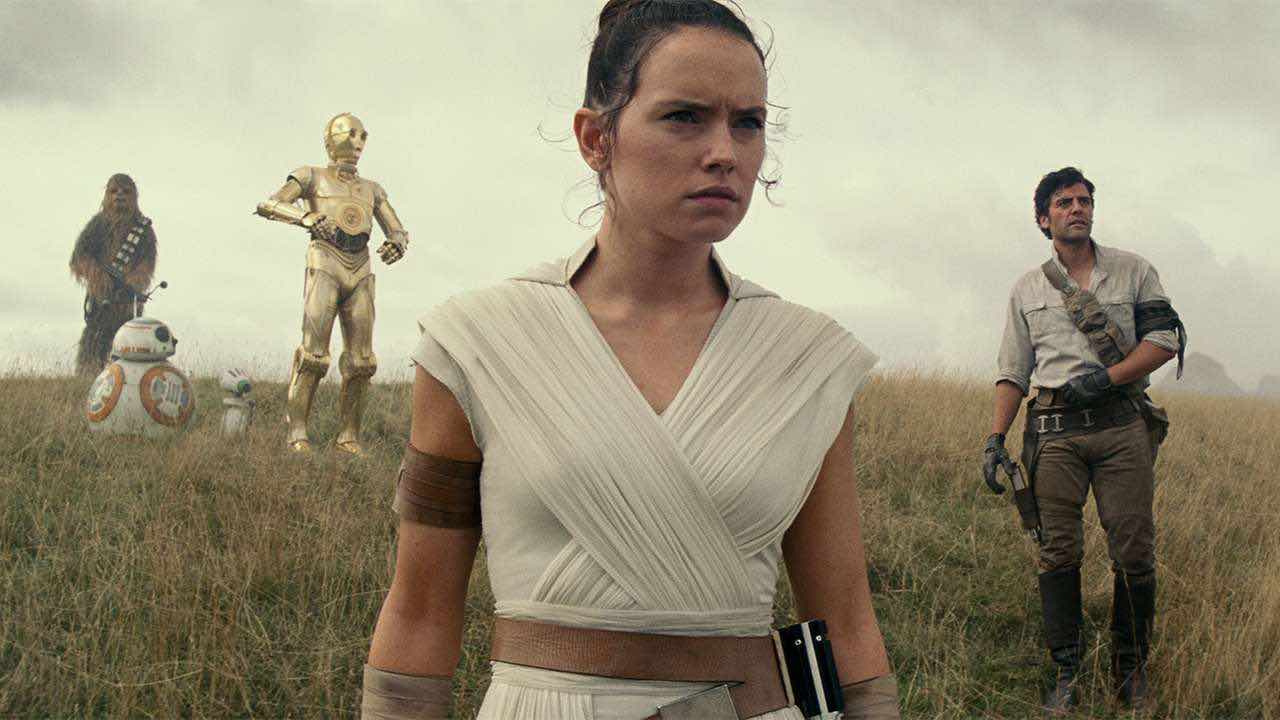 As CNN pointed out, “We’re experiencing Star Wars saturation. When the first movie came out in 1977, fans had to wait three years for each new film. Another 16 years went by until the prequels. It was yet another decade before the franchise was reawakened by The Force Awakens.” But Solo arrived just five months after The Last Jedi. And as a result, something that was once such a special event was reduced to being ubiquitous – and, unfortunately, slapdash.

Thankfully, Disney recognized their mistake, took Mark Hamill’s suggestion that they should “pace themselves” to heart, and cancelled the development of all upcoming productions. Bravo.

It’s something CBS would do right to pay attention to.

A tall order for Starfleet via CBS

In a market already saturated by choice and where Star Trek fans are already being well catered for, it’s unnecessary to keep adding more additions. Especially when the production of more shows seems like little more than an exercise in cocky network grandstanding.

The truth is, CBS is boldly going where many men have gone before. And aside from Marvel, most of these missions into franchise expansion have ended with a harsh lesson about the need to correctly pace content and of less being more.

A note to CBS – don’t be hitting warp drive when you’re coasting along just fine at sublight speed. You might just end up in a place you (and Star Trek fans) don’t like.