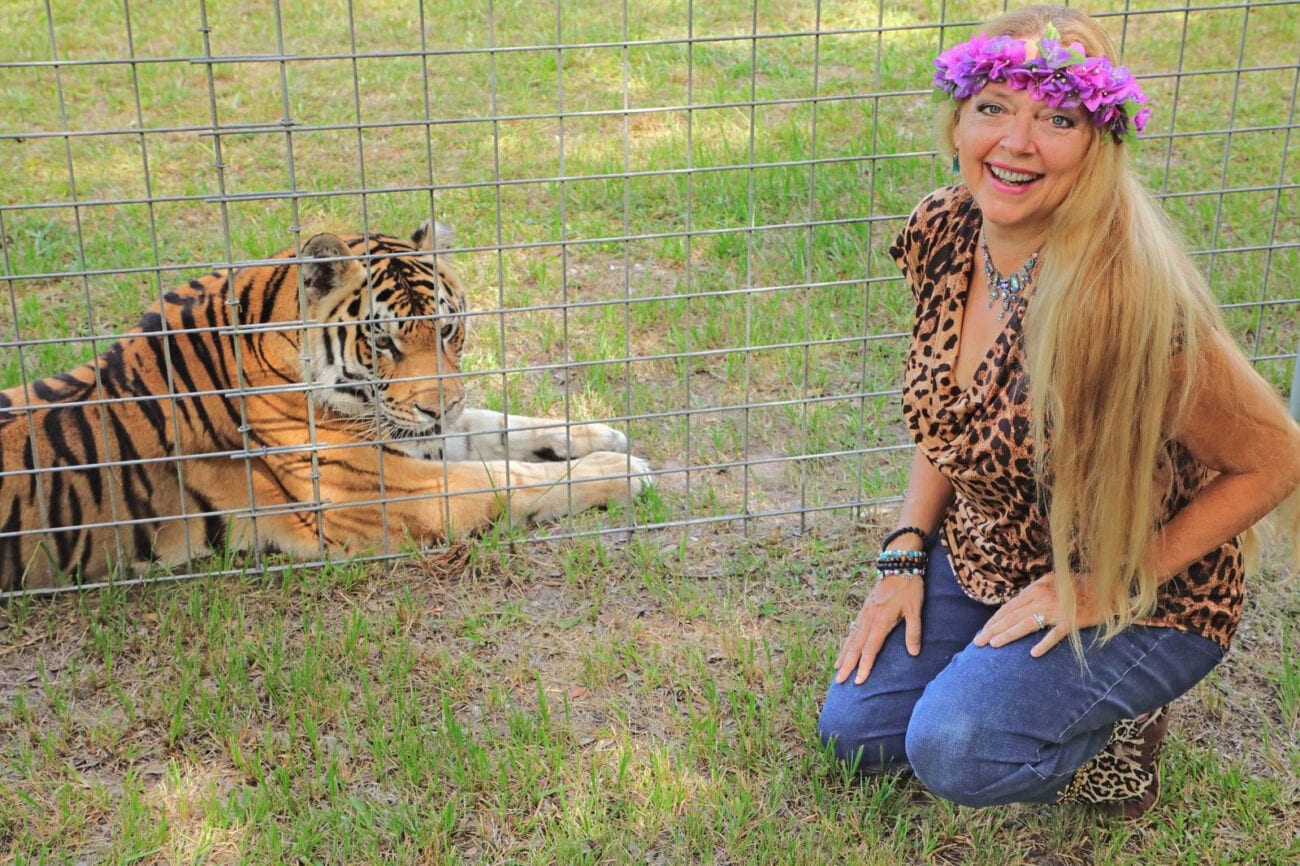 Is Carole Baskin seriously helping her ‘Tiger King’ costar get out of jail?

It’s been a year since Netflix’s Tiger King introduced us all to the feud between Carole Baskin and Joe Exotic. Tiger King became a sensation the moment it debuted, and even if the world hadn’t been in the midst of lockdown, everyone would have hunkered down to watch the documentary series for its sheer unbelievability and increasing drama.

A simple documentary about a privately owned zoo in Oklahoma, Tiger King resists summarization in theory. By the show’s end, zoo owner Joe Exotic was in prison for shooting tigers and hiring someone to kill Carole Baskin, owner of Big Cat Rescue in Florida.

Carole Baskin herself was cheering Joe’s conviction while fending off accusations that she’d murdered her ex-husband. Now there’s a chance Carole will be helping to get Joe out of prison. 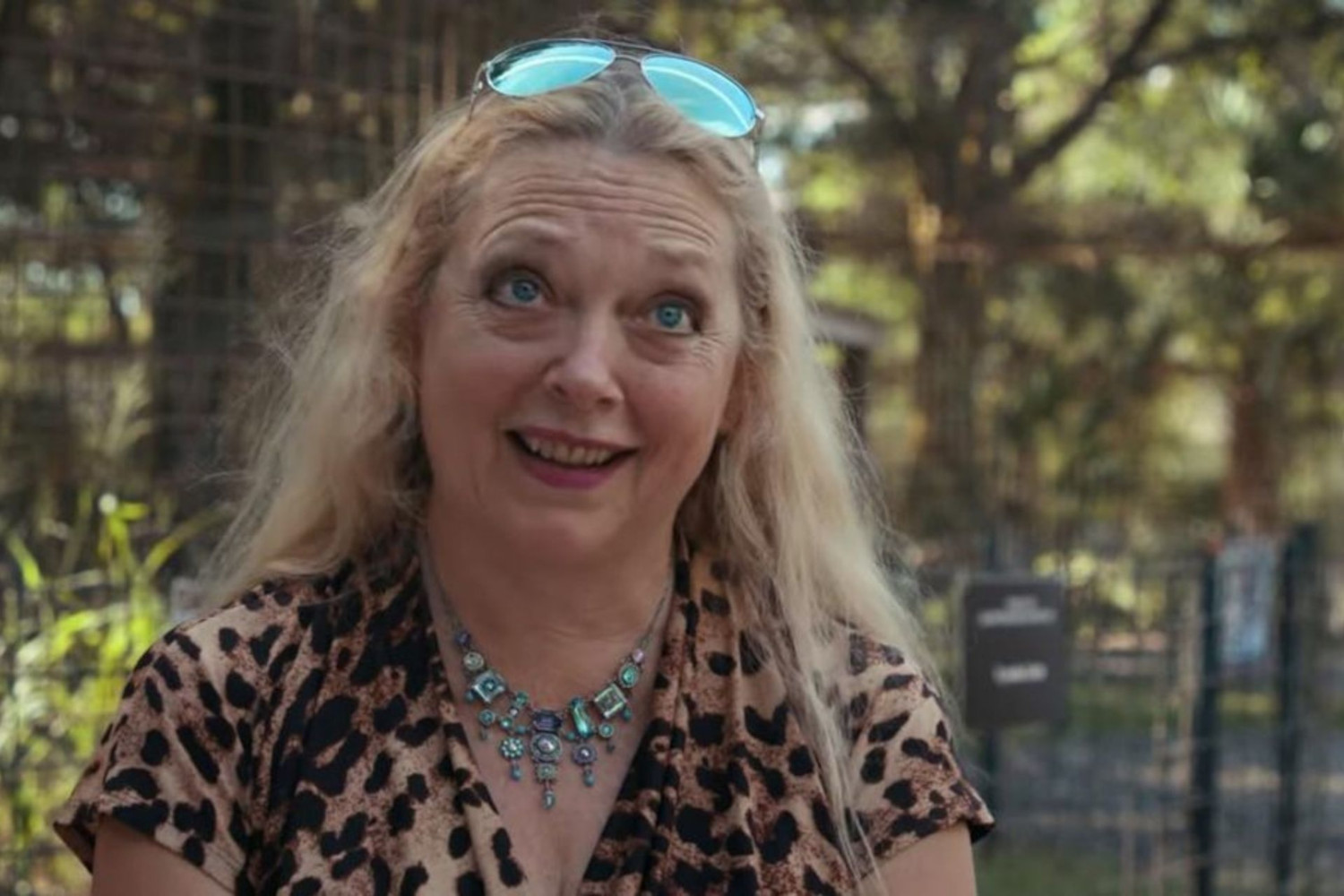 It’s no secret that Carole Baskin and her current husband, Howard, despise Joe Exotic. After all, Exotic spent years harassing her, spying on her, and accusing her of murdering her ex-husband. The tables turned though, and Joe Exotic’s currently serving a prison sentence of twenty-two years – partly for plotting to have Carole Baskin killed in 2017.

The Baskins have publicly celebrated Joe’s prison sentence. They also have an agenda of their own, and they understand that Joe’s celebrity could be useful to them. In an interview earlier this month, Howard & Carole Baskin called on Joe to state his support for the Big Cat Public Safety Act. 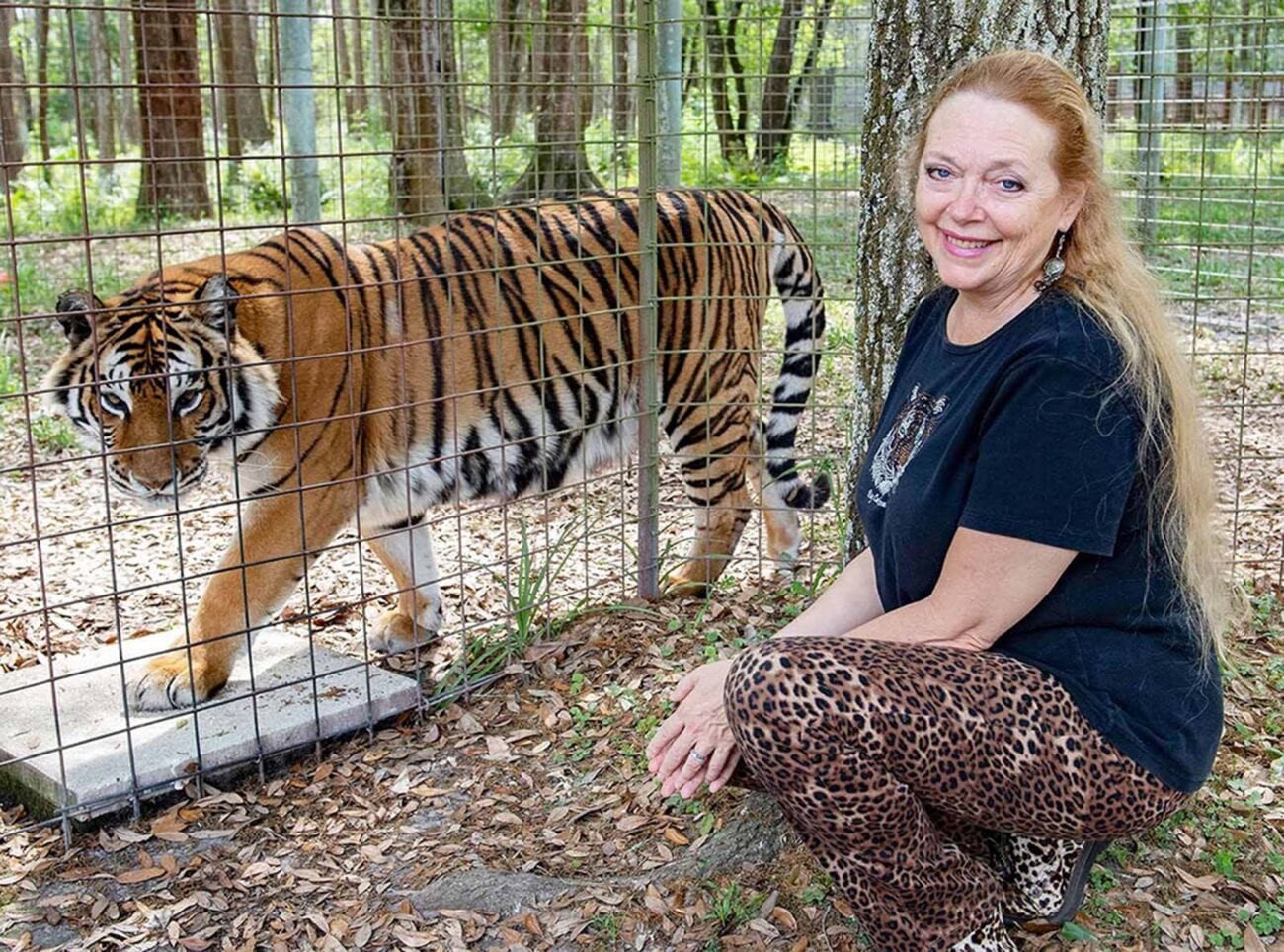 The proposed law would outlaw private ownership of big cats, and that’s something Carole Baskin has dreamed of for years. She believes cracking down on private ownership will help curb the poaching of exotic cats in the wild. In December of 2020 the House of Representatives passed the bill, but it now needs to get through the Senate.

Carole & Howard Baskin told The Mirror they would help Joe Exotic if he publicly declares his support for the Big Cat Public Safety Act. They said they would urge the court to reduce his sentence, if not end it outright, if the former Tiger King helps get the bill passed. 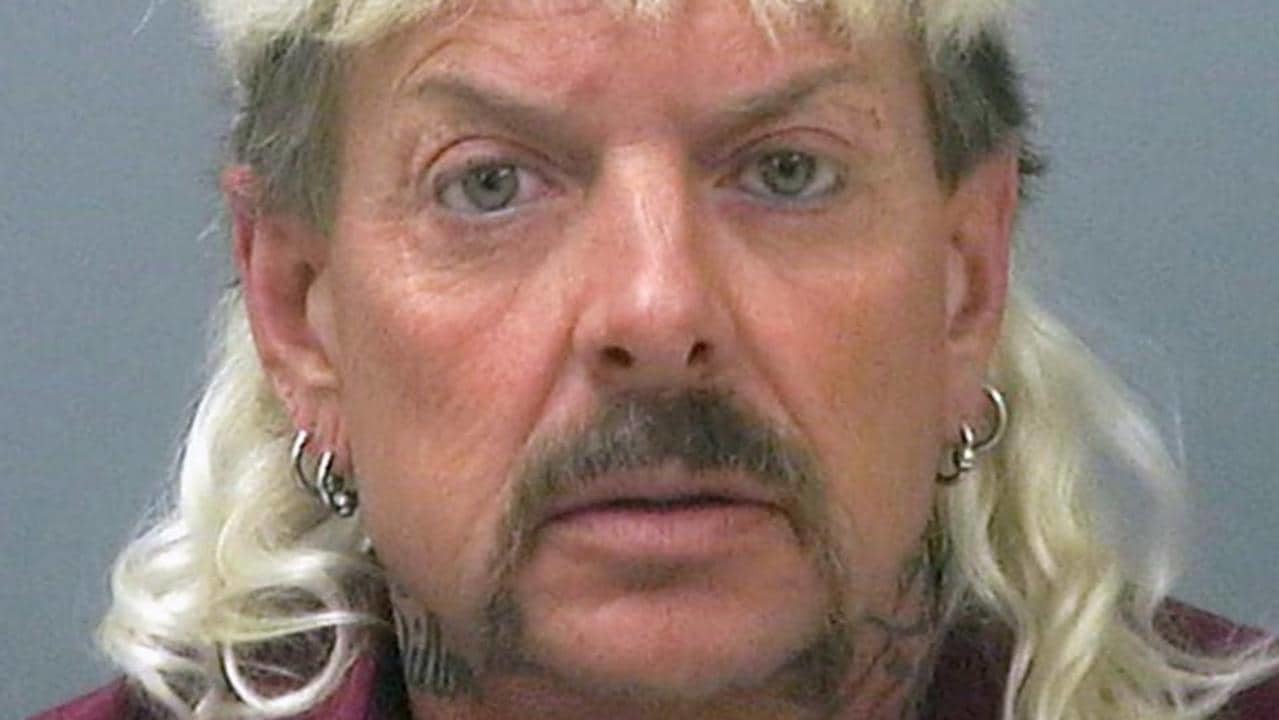 Last hope for the Tiger King?

Joe Exotic thought he’d be out of prison by now. As shown in Tiger King, Exotic never expected to be convicted, and he maintains his innocence on all charges to this day. During the latter half of 2020, Joe Exotic made hopeful statements about getting a pardon from then-President Donald Trump. It’s unclear whether Trump was even aware of Exotic’s stated hopes, although he was asked about it at a press conference.

Clearly, Joe Exotic is still obsessively following news about Carole Baskin from prison. However, in a surprise twist, he read the statements she & Howard made, and it appears that he’s taking them up on their offer.

In an interview with Entertainment Tonight, the former Tiger King said that he’ll come out in support of the Big Cat Public Safety Act. First, though, he wants Carole & Howard Baskin to secure him a pardon from President Joe Biden. 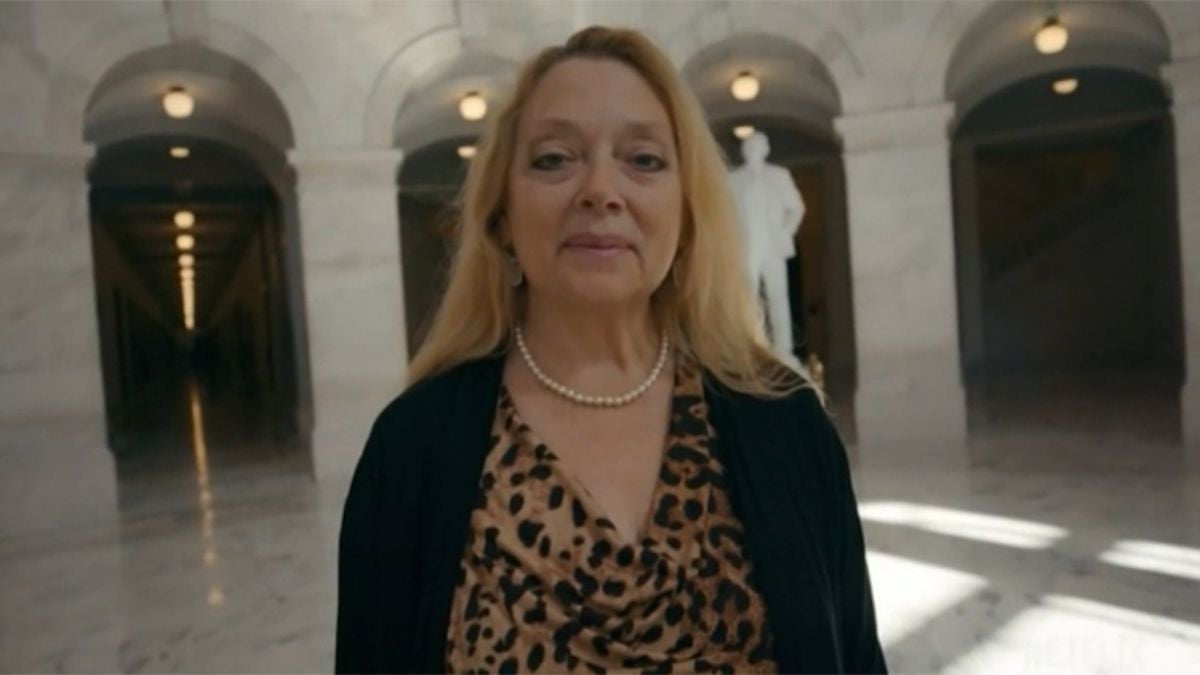 Will Joe Exotic get pardoned?

The likelihood of that happening is close to zero. The Tiger King may think he’s got a shot at attaining a pardon, but Carole Baskin must know it’s a fever dream. Of course, if she thinks Joe Exotic’s support will sway Senators’ opinions on the Big Cat Public Safety Act, she may be dreaming, too.

It seems likely that media-savvy Carole Baskin is just trying to generate public attention for the legislation she’s championing. She & Exotic both have a hunger for the spotlight and a good sense of how to get it pointing in their direction. Despite their hate-filled feud, the two have plenty in common with each other.

The fate of the Big Cat Public Safety Act is still up in the air. However, Joe Exotic will more than likely be staying where he is. Either way, you can rest assured the Tiger King and Carole Baskin will continue making headlines for as long as they’re able.