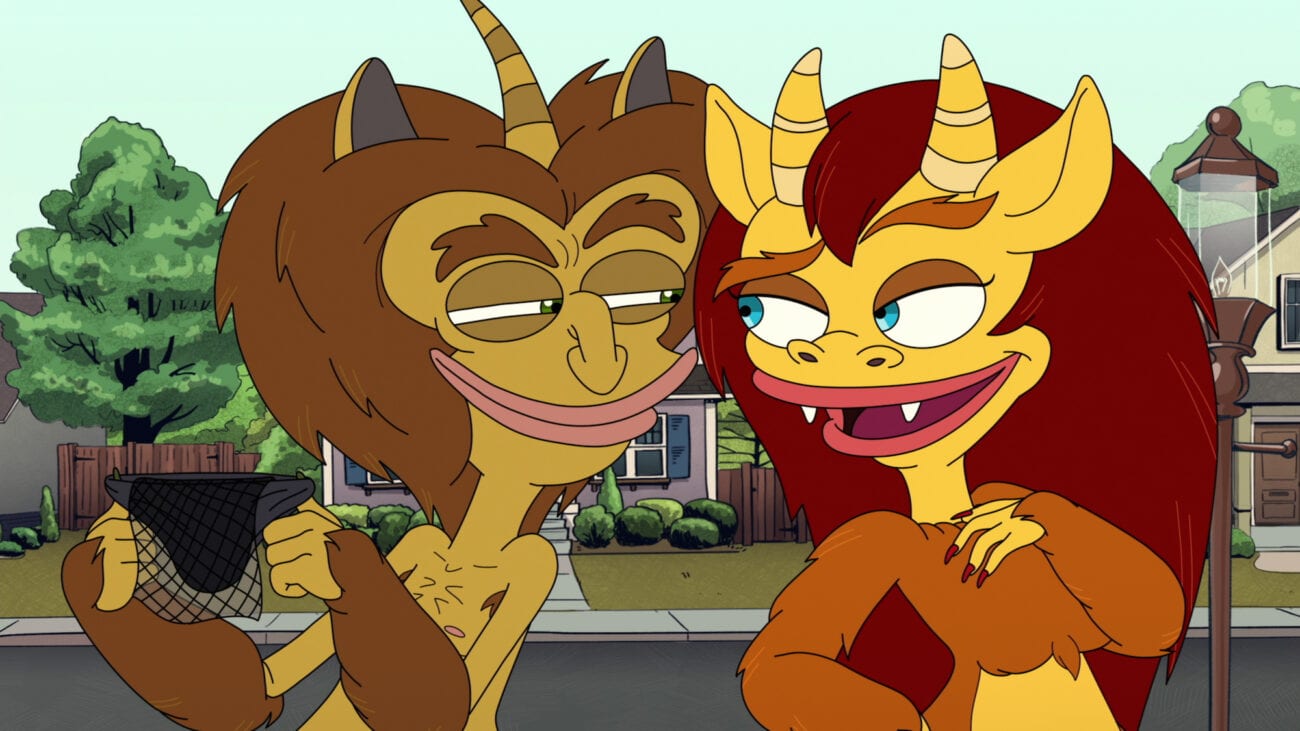 Big Mouth may not be a television show anywhere near appropriate for the kids, but it certainly is a show that’s all about the kids. If you’re a big fan of the show, then you know it represents all the messy, awkward, and cringeworthy moments of childhood, puberty, and growing up, that quite honestly, we wished we’d forgotten about. However, it shows these nerve-wracking moments with a hilarious twist.

Want to relive all the best hormone monster moments from Big Mouth? Laugh (and cringe) along with us here at our favorite scenes from the hilarious animated show here. We do have to warn you beforehand though- although if you’re already familiar with the show you should know this: these clips are not for the kids.

Big Mouth shows us that your hormone monster can come and show up at any time, any place in this scene. When Andrew sleeps over at Nick’s house, his hormone monster does exactly that, and encourages him to . . . well . . . erm . . . you know . . . “do the deed”. While Andrew is hesitant, he can’t help but let temptation from his hormone monster take over as he calls him a “gross, little dirtbag”.

Andrew then proceeds to stare at the kitty clock on his wall and imagine his dad’s coworker Susan as he gets the job done. The hormone monster even hilariously adds “and she’s got fallopian tubes!” to encourage him.  The dirtiest part is that when he’s finished, he asks the hormone monster what to do with the mess, and he replies with “sleep in it, pig” and closes the door on him.

I love my body

In this scene, Missy’s mother takes Missy & Jessi on a trip to the Korean spa. While it may seem like a fun outing for the girls, it turns out that the insecure ladies have to go to the spa completely nude. As they enter, every woman is completely naked, which stirs up plenty of insecurities in the young preteens. However, cue the lovely hormone monster, and we get a fun little Big Mouth musical scene filled with empowerment.

In this promo clip, we are introduced to Jessi’s hormone monstress for the first time, and she’s as ready as ever to transform Jessi. We love the quote: “Listen to me! You oughta shoplift lipstick. You wanna listen to Lana Del Rey on repeat while you cut up all your t-shirts. You wanna scream at your mother and then laugh at her tears”, while Jessi answers with: “But I don’t wanna scream at my mom”.

To this, the hormone monstress responds with: “She’s not your mom anymore. From now on, you call her. . . Shannon”. Right on cue, Shannon comes in to which Jessi complies and screams at her. It’s truly a perfect example of puberty and the constant confusing mood swings we all have felt at one point in our lives while growing up.

“Anything goes in Florida”

In this scene, the hormone monster tries to convince Andrew to hook up with a relative. Thankfully, it does not end up happening, but it isn’t before his hormone monster sings an entire song about how wild Florida is to try and justify his reasoning for wanting Andrew to get with his relative.

We can’t help but throw this iconic song in here since Florida has basically become a meme at this point. This song proves just how wild the state can be. The hormone monster sings: “They got meth labs and Magic Kingdoms/Titty bars and the KKK”. This song really proves just how raunchy, wild, and crazy this show can be sometimes.

What was your favorite scene of a hormone monster in Big Mouth? Let us know in the comments.