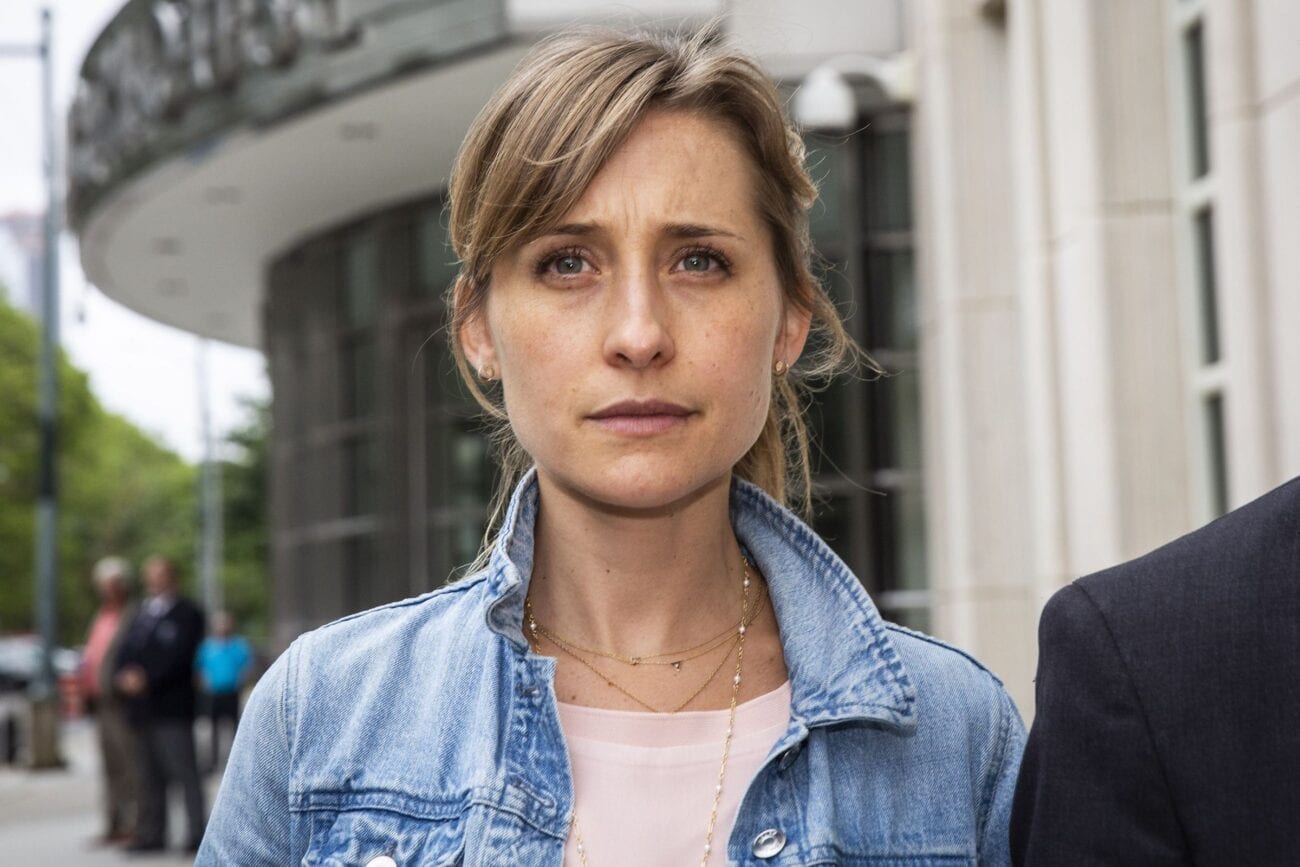 Ten years ago, Allison Mack was mostly known for her major role in Smallville. However, now she’s known as one of the leaders of NXIVM, a group described as a “cult” for its manipulative recruiting tactics & secretive groups, such as DOS. Mack originally joined NXIVM in hopes to have a better acting career, but now she’s facing sentencing after pleading guilty to racketeering for her actions in NXIVM.

NXIVM pitched itself as a self-help group, but for many women, NXIVM only brought traumatic experiences. Prosecutors argued the purpose of DOS was to provide “a flow of submissive women” to Raniere, according to The New York Times. Mack’s participation in DOS & NXIVM has led people to question whether she was a culprit or yet another woman being manipulated by Keith Raniere, the co-founder of the so-called “sex cult”.

While Allison Mack wasn’t one of the original NXIVM members, over time she became one of the leading voices in the organization and eventually became a “master” in DOS. Mack was a recruiter and frequently appeared in NXIVM promotional videos, where she lauded Raniere’s teachings & practices. Here’s an overview of Allison Mack’s work in NXIVM and the consequences she might face in the coming future. 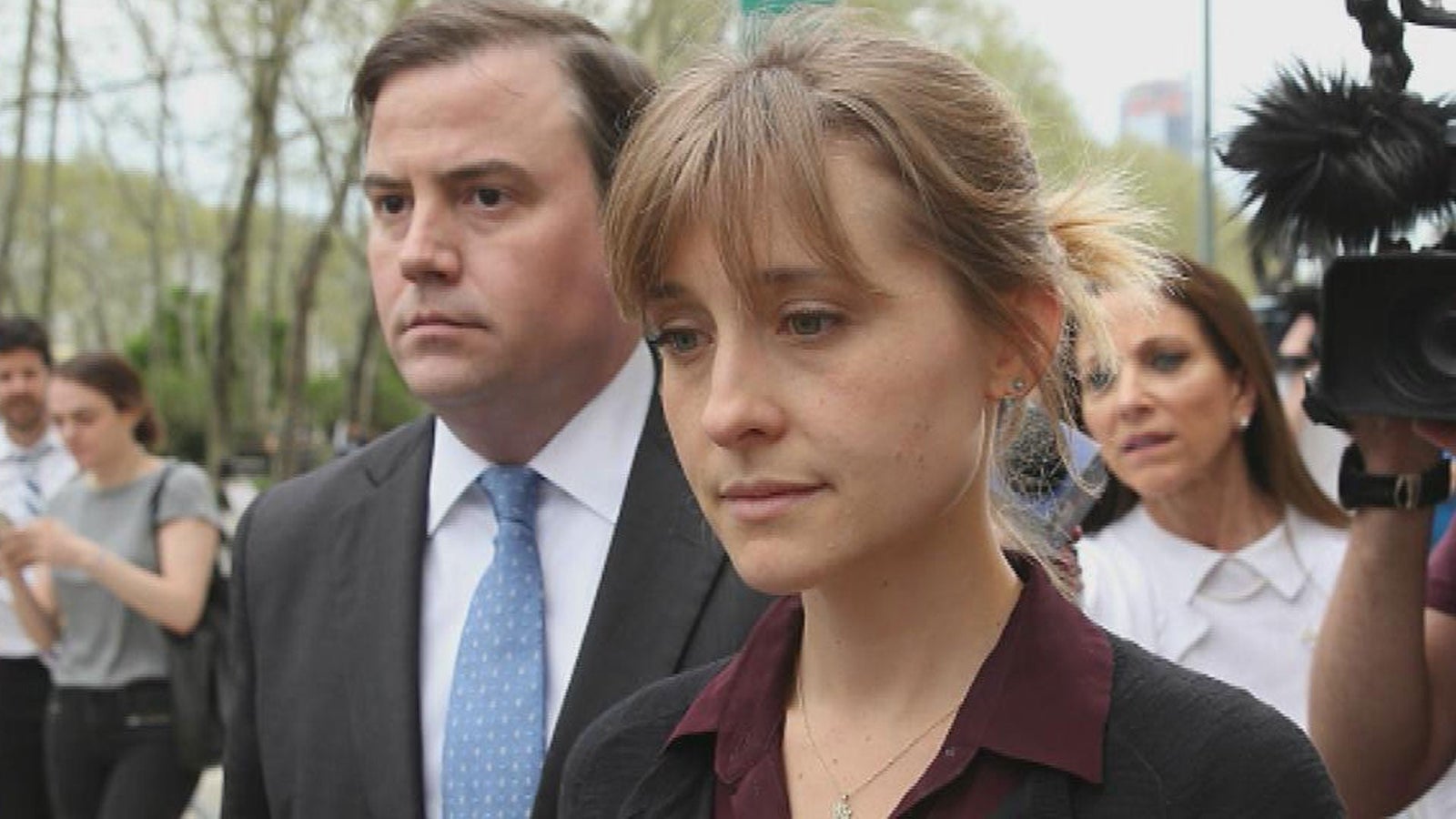 Dominus obsequious sororium, or DOS for short, is Latin for “dominant submissive sorority” or “master over slave women”. DOS was an exclusive women-only group in NXIVM. One of the main focuses of DOS was its system of “collateral”. Collateral was the way to establish your trust in the group. Women would provide compromising information, such as dark secrets or nude photos, indicating “proof” of trust & loyalty.

However, The New York Times reported Mack, who was a master in DOS, would occasionally give collateral to Raniere. To officially join the group, after providing collateral, women were branded on their pelvis with a cauterizing pen. While it wasn’t apparent at first, the brand wasn’t an abstract symbol, it was Keith Raniere’s initials. Some even say Mack’s initials are hidden in the brand as well.

Mack and other ex-NXIVM members who still support Raniere believe the brand & other acts were signs of their devotion to Raniere. At Raniere’s criminal trial, witnesses testified about the physical punishments they received in DOS, including Lauren Salzman, who said women were whipped and left out barefoot in the snow, according to The New York Times. 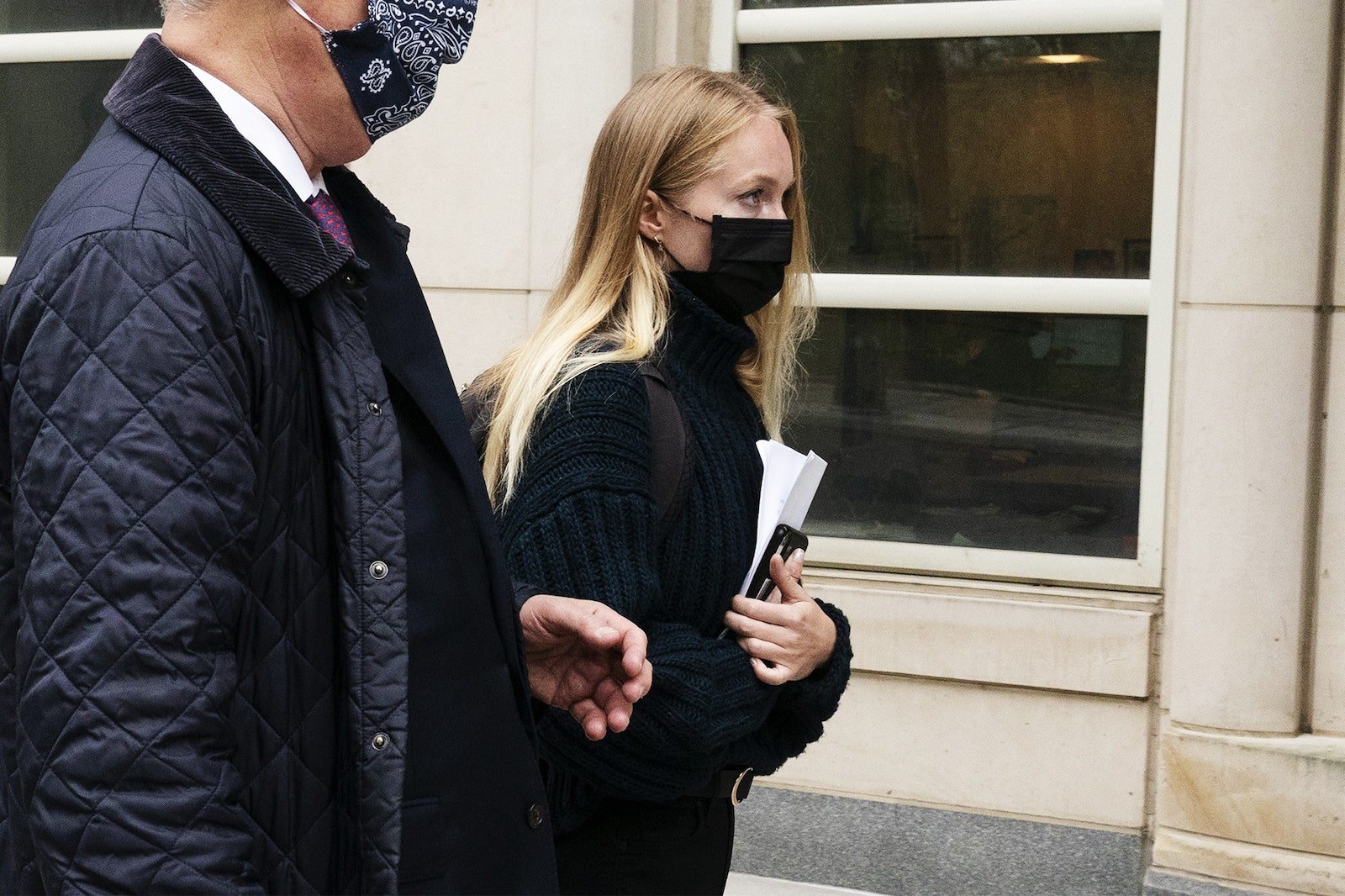 In Starz’s docuseries Seduced: Inside the NXIVM Cult, India Oxenberg, a former NXIVM & DOS member, described how Mack recruited her into DOS. In the series, Oxenberg explains how Mack wanted to invite her to a “secret sorority” where she could grow her potential and learn more about Raniere’s teachings. In return, Mack told Oxenberg she had to provide collateral to join the group.

In DOS, Oxenberg had to call Mack “master” while Oxenberg was a “slave”. Oxenberg had to do many things for Mack, and, if she didn’t complete a task or was late on responding to a text, Mack would punish her. One of the more traumatic events within DOS for Oxenberg was when she was forced to record Mack administering corporal punishment on another NXIVM member, according to The Daily Beast.

And yet, Oxenberg still describes the worst parts of DOS was when Mack used her “position of power” to harm those Oxenberg cared about. And yet, Oxenberg still told The Daily Beast she has “sympathy” for Mack because she sees Mack as a victim of Raniere. Rather than jail, Oxenberg believes Mack has a “fragile psyche” and should go to “intensive therapy” because Mack “did a lot of cruel and criminal things”. 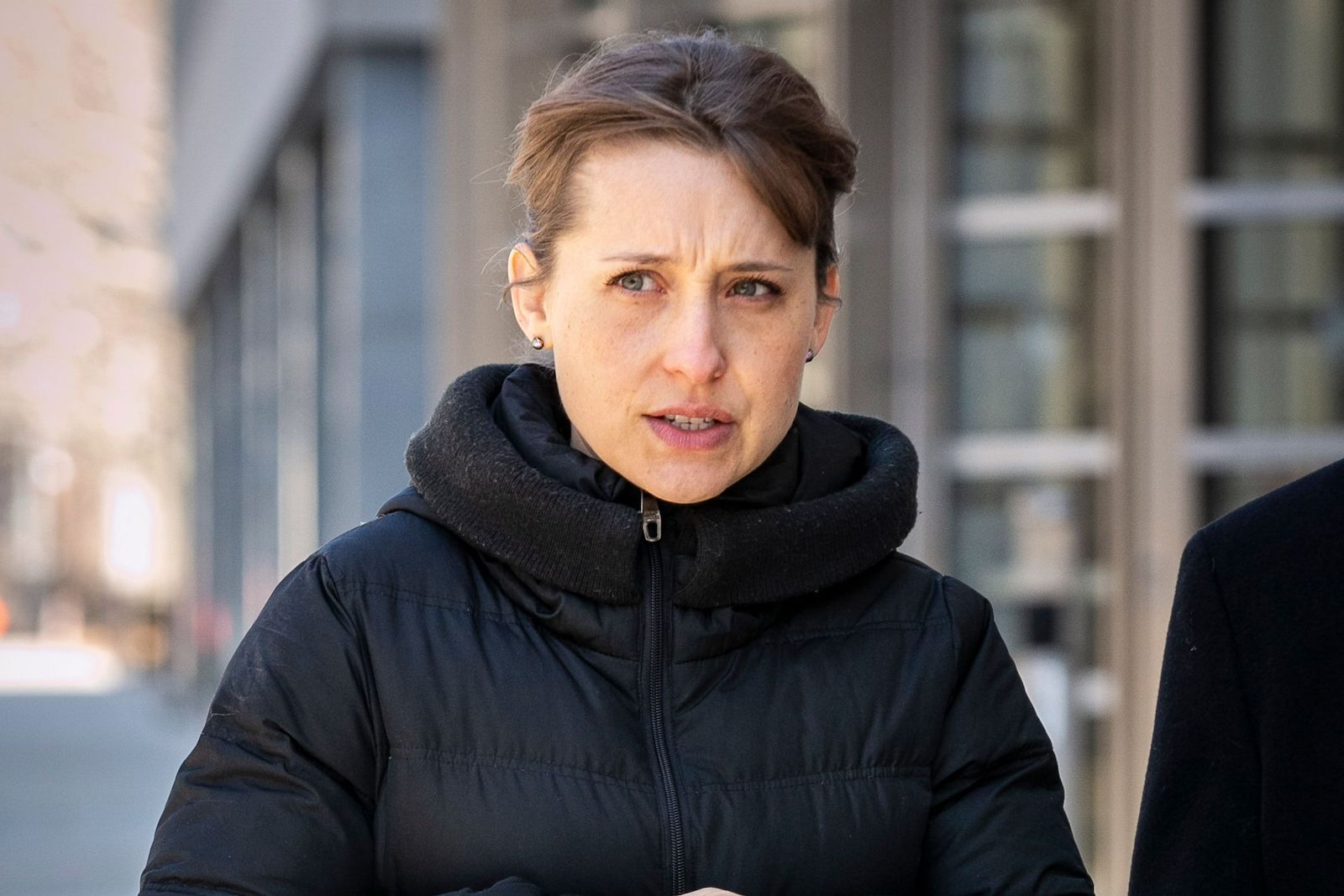 A month after Keith Raniere was arrested in Mexico, police arrested Mack in Brooklyn in April 2018. She was charged with sex trafficking, sex trafficking conspiracy, and forced labor conspiracy, and was eventually released to her parents on a $5 million bond. If she was found guilty of these charges, she would’ve been subject to at least fifteen years in prison.

The following year, in April 2019, Mack agreed to start plea negotiations. In the end, she pled guilty to racketeering charges, though she still hasn’t received a sentencing hearing. In her guilty plea, she admitted she lured women into DOS, pitching it as a “women empowerment” group. She also acknowledged some women were treated as “slaves” and some were assigned to have sex with Raniere.

Out of the five NXIVM leaders to be arrested & charged, only Keith Raniere pled not guilty. However, in 2019, a jury gave Raniere a guilty verdict and, in October 2020, Raniere was given a life sentence of 120 years in prison. Other than Raniere, only Clare Bronfman, who was known for recruiting & financing NXIVM, has been sentenced. She received a sentence of eighty-one months in prison. 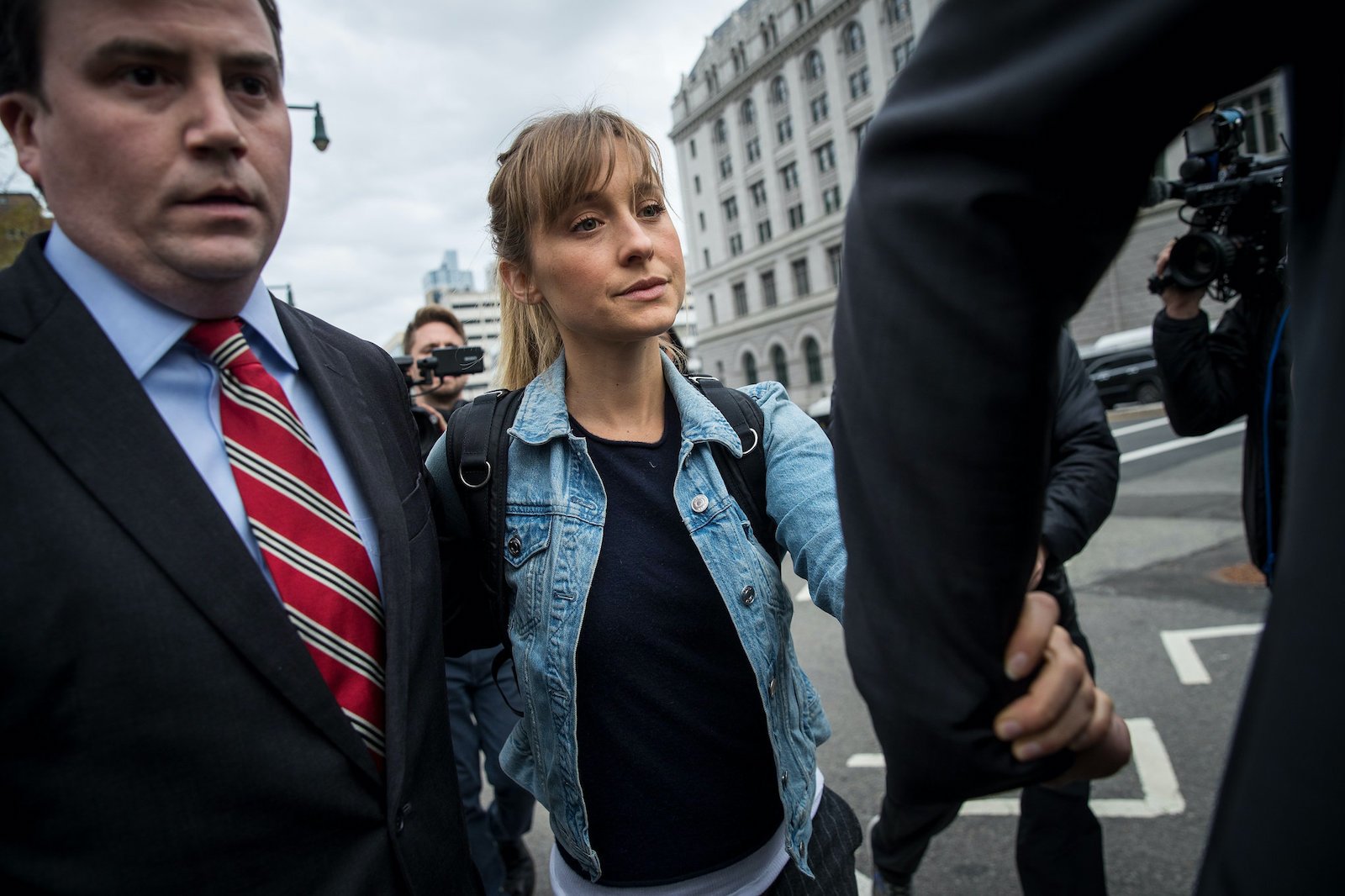 Where is Allison Mack now?

Mack is still with her parents on house arrest in California. Mack’s wife, Nicki Clyne, a former NXIVM member who’s still actively supporting Raniere, hasn’t been able to see Mack because of the conditions of Mack’s bail. While Clyne wasn’t charged, she was also part of Raniere’s inner circle and maintains Raniere’s innocence.

Mack has also since acknowledged her part in DOS, but, in her interview with The New York Times, she characterizes the group where women came together to become their “most powerful and embodied selves”. Mack also compared the branding to tattoos, saying she’s the one who introduced the idea to the group, according to The New York Times.

Other than a few interviews before her arrest, Mack hasn’t spoken about her time in NXIVM recently. Although the next season of HBO’s The Vow teased they would talk to high-ranking NXIVM officials like NXIVM co-founder Nancy Salzman and Keith Raniere, it’s not clear whether they’ll talk to Mack.