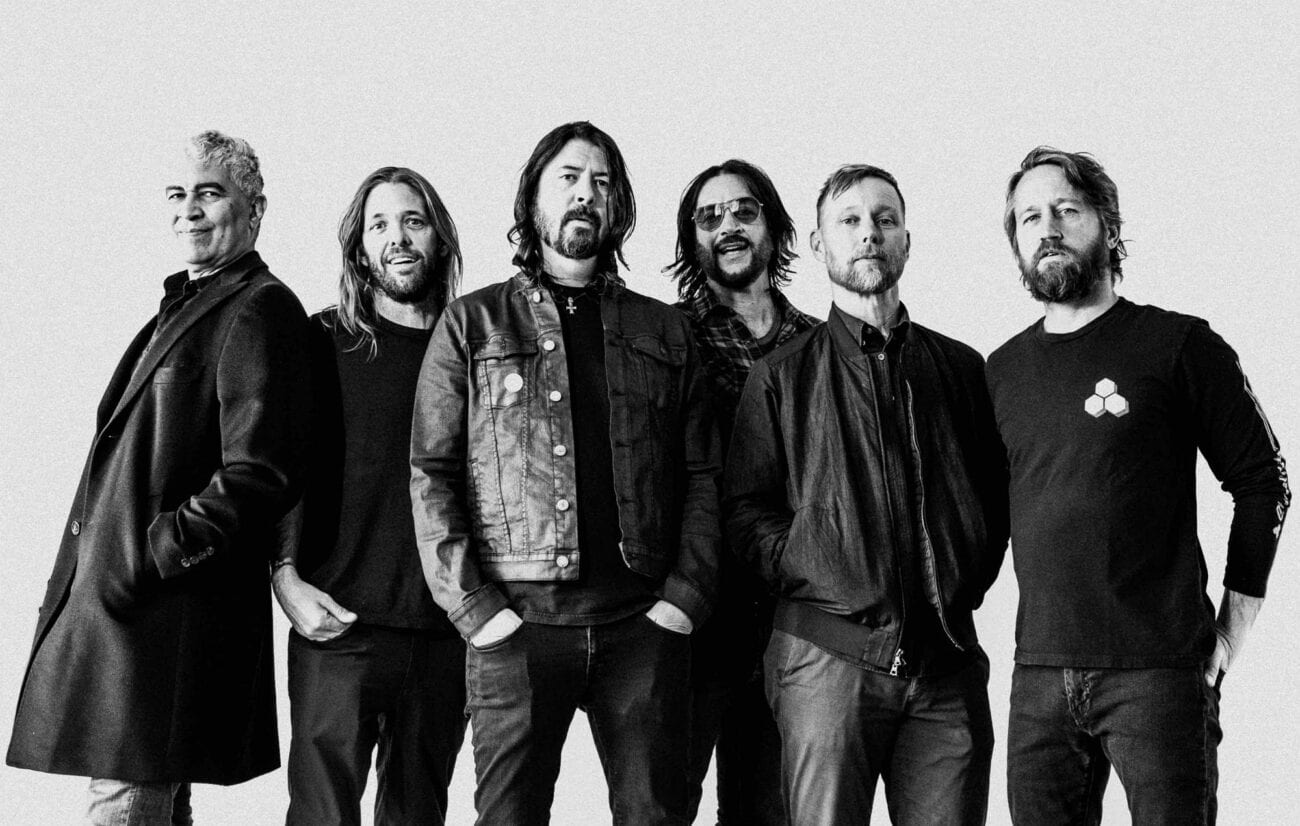 From Foo Fighters to director: Watch the trailer for Dave Grohl’s debut

Dave Grohl is taking the Foo Fighters back, way back, to step up to his first directorial debut. Is Grohl making his own movie? Like, his own ninety-minute story? What’ll it be about?

Music, of course! Grohl’s creating a music documentary about a rite of passage he and the rest of the Foo Fighters – and every other rock band – have experienced: touring in a POS van you bought for however much you and your bandmates could scrounge up.

Interviewing some big names in rock & roll, Dave Grohl is going on a trip down memory lane to when the Foo Fighters and other rock acts were just starting out – touring clubs for scraps and hoping to make it big. Here’s the story behind Grohl’s new documentary: What Drives Us. 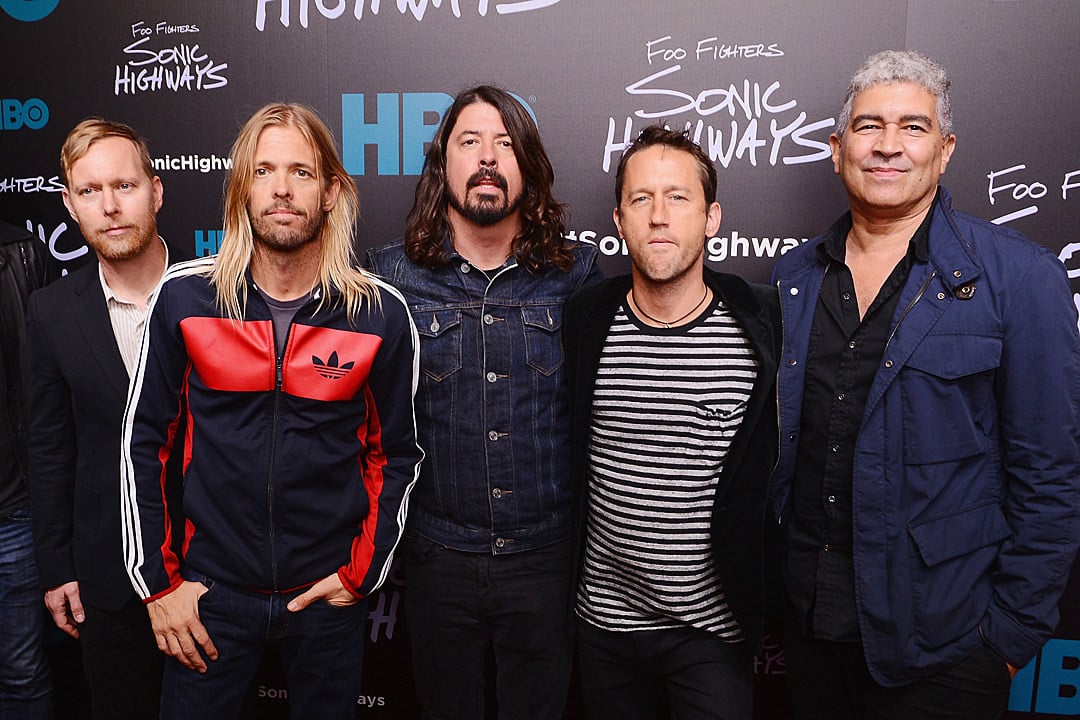 After Kurt Cobain died by suicide in 1994, Nirvana disbanded, and Grohl sort of found himself back at square one. However, he had offers to play drums with other acts and was even rumored to join Pearl Jam for a while. Despite being known in the industry for his drumming though, Grohl wanted to go in a different direction.

“I was supposed to just join another band and be a drummer the rest of my life. I thought that I would rather do what no one expected me to do”, Grohl said, explaining Foo Fighters began as Dave Grohl, Dave Grohl, and Dave Grohl playing all the instruments on his demo tape. Grohl passed the demo out to friends and started assembling a band.

They began playing shows on the club circuit, meaning Dave Grohl was back in a small van, rolling up & down the West Coast while his new band made a name for themselves.

“All of the biggest bands in the world started out like this”, Dave Grohl narrates in the opening of his trailer after turning an engine to a crappy van which, of course, won’t start. In 2021, van life usually refers to hipsters making tiny homes out of school buses and minivans so they can live out em twenty-four-seven. And yes, somehow, someway, a lot of them are plumbed with working toilets.

In the music world, van life is something completely different, though kinda similar – sans toilets. When bands are first starting out, they’ll often purchase a beat-up van to lug bandmates & equipment in on the cheap. That way, they save the cost of tour buses, private jets, and schlepping around roadies that rich & famous bands can enjoy.

Thus, to play gigs, they’ll drive in the vans, sleep in the vans, and eat in the vans until they make it big enough to upgrade to a halfway decent tour bus – if they ever get that far. “There’s nothing like pulling up to a truck stop at three in the morning”, someone says in the trailer. 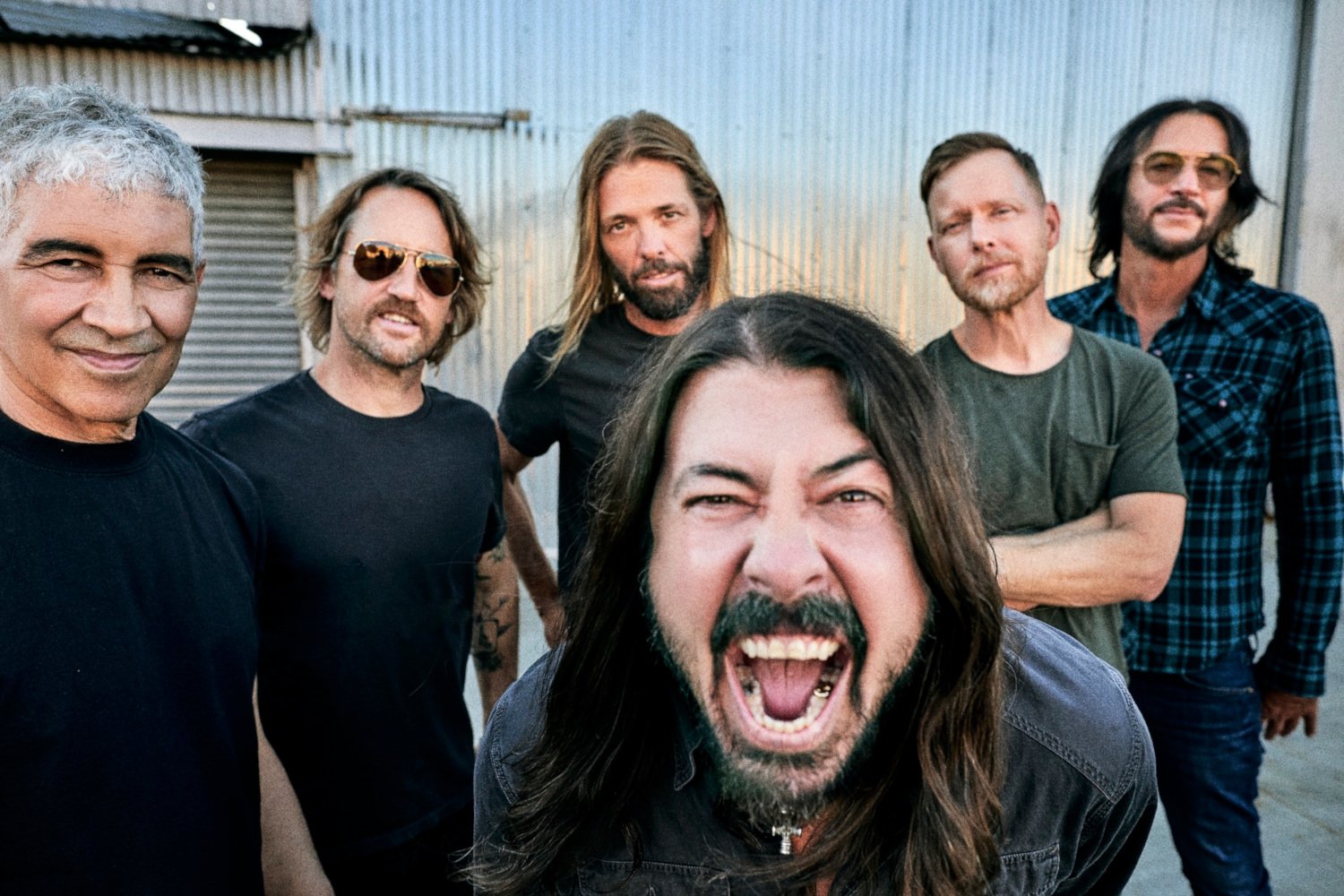 Granted, as we mentioned earlier, Foo Fighters wasn’t Dave Grohl’s first band. Grohl got his start as the drummer for Nirvana, who spent quite some time in the late 80s touring clubs before their smash hit Nevermind changed rock forever in 1991.

Dave Grohl interviews band going back to Ringo Starr of Beatles fame, who toured pubs & clubs in the UK before striking big there, showing van life was a rite of passage at the birth of rock n roll. The Foo Fighters founder also interviewed the Preservation Hall Jazz Band, who’s been touring for over sixty years.

Dave Grohl also interviews members of the Red Hot Chili Peppers, Aerosmith, No Doubt, and Metallica. Of course, Lars Ulrich tries to pull a funny and say he’s “never toured in a van in his life” – shaking our heads. 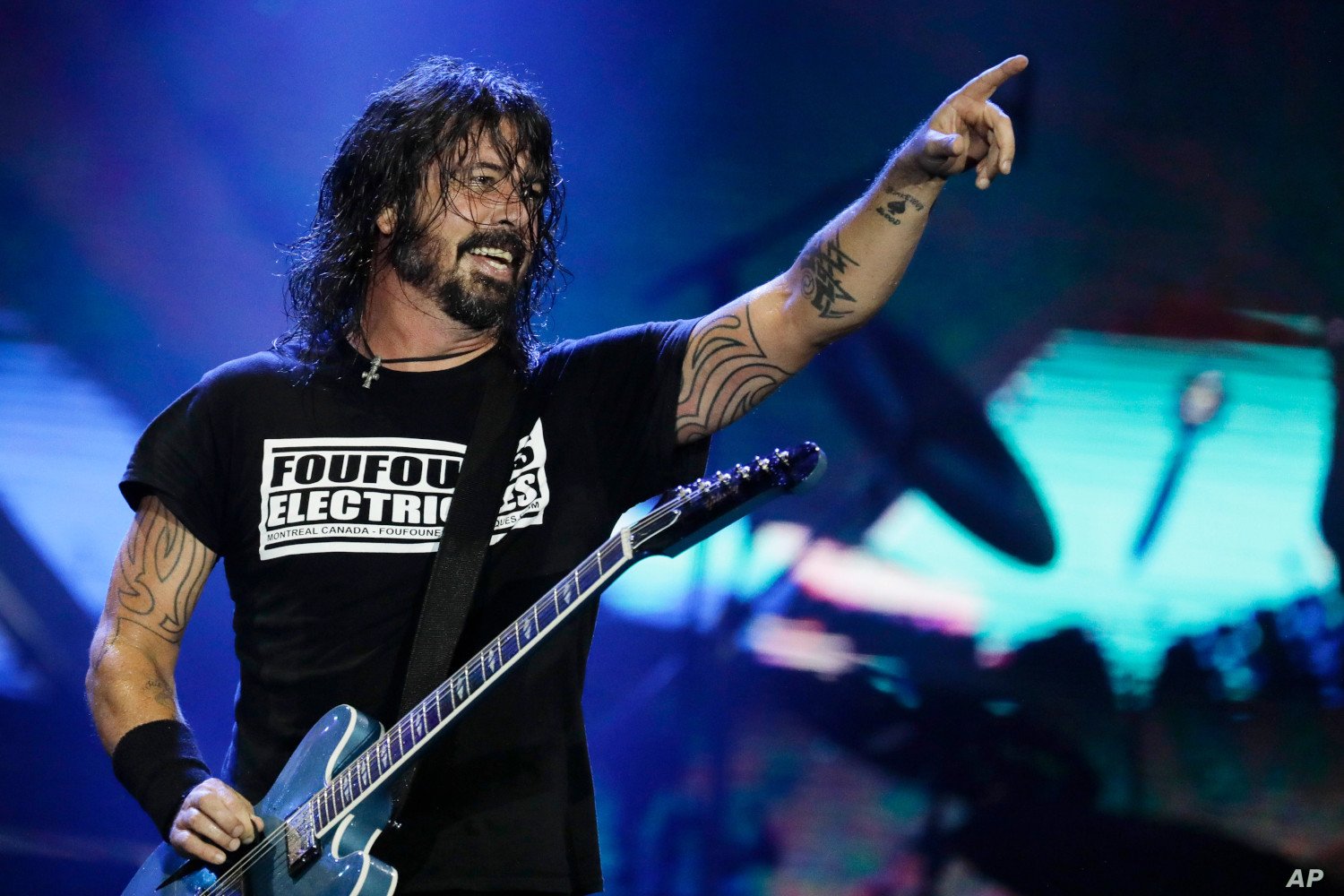 Getting in the van

“What happens in the van is the foundation of who we become”, Dave Grohl says offscreen. Indeed, clips of famous rockers talking about how van life shaped them and solidified their bond with their bandmates is a staple through the trailer. Many describe how their bandmates became their families in long stretches of road between gigs.

“It creates this unique perspective that we all share”, Grohl says in a voiceover, before cutting to Slash & Duff McKagan from Guns n Roses & Velvet Revolver explaining: “you have to go through hell and high water to put it lightly.”

Any musicians out there? Have you experienced the thrills of band life? If so, drop us a comment detailing your experience. 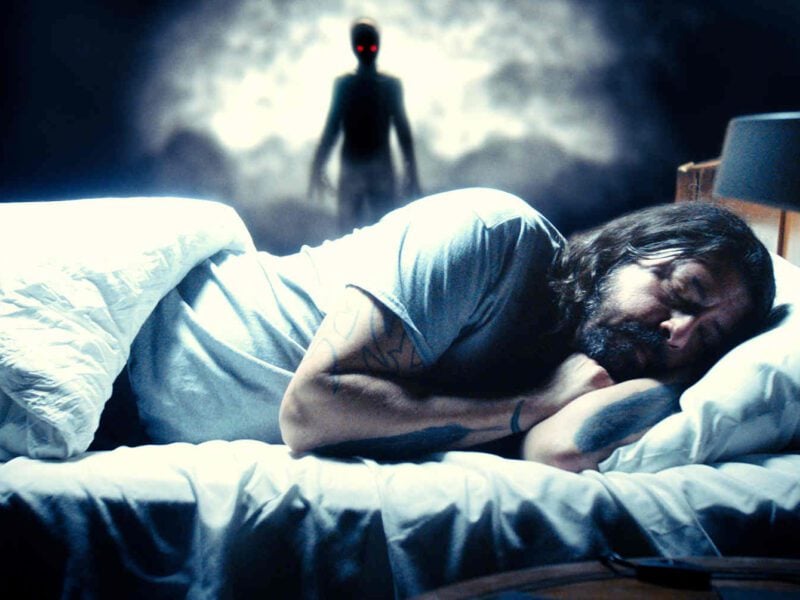 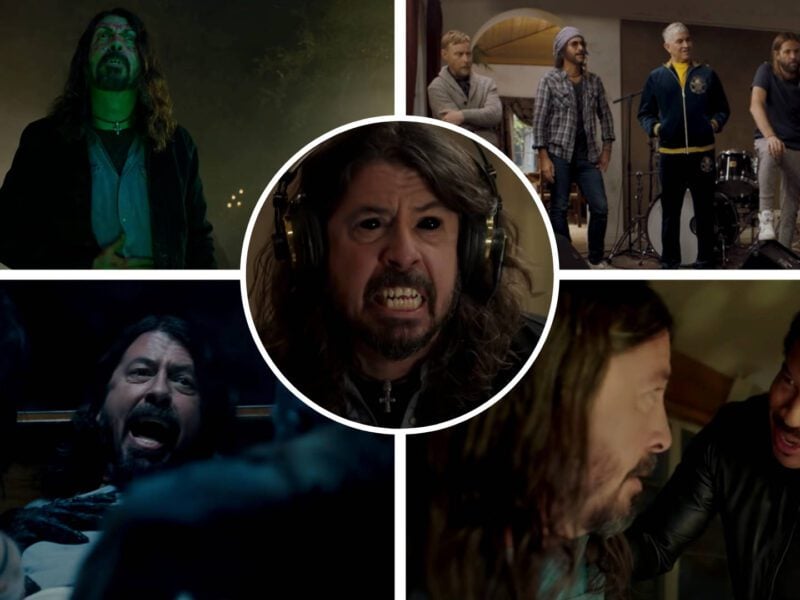 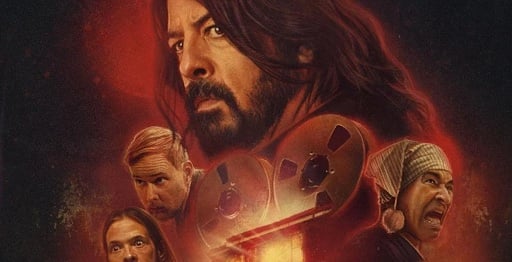