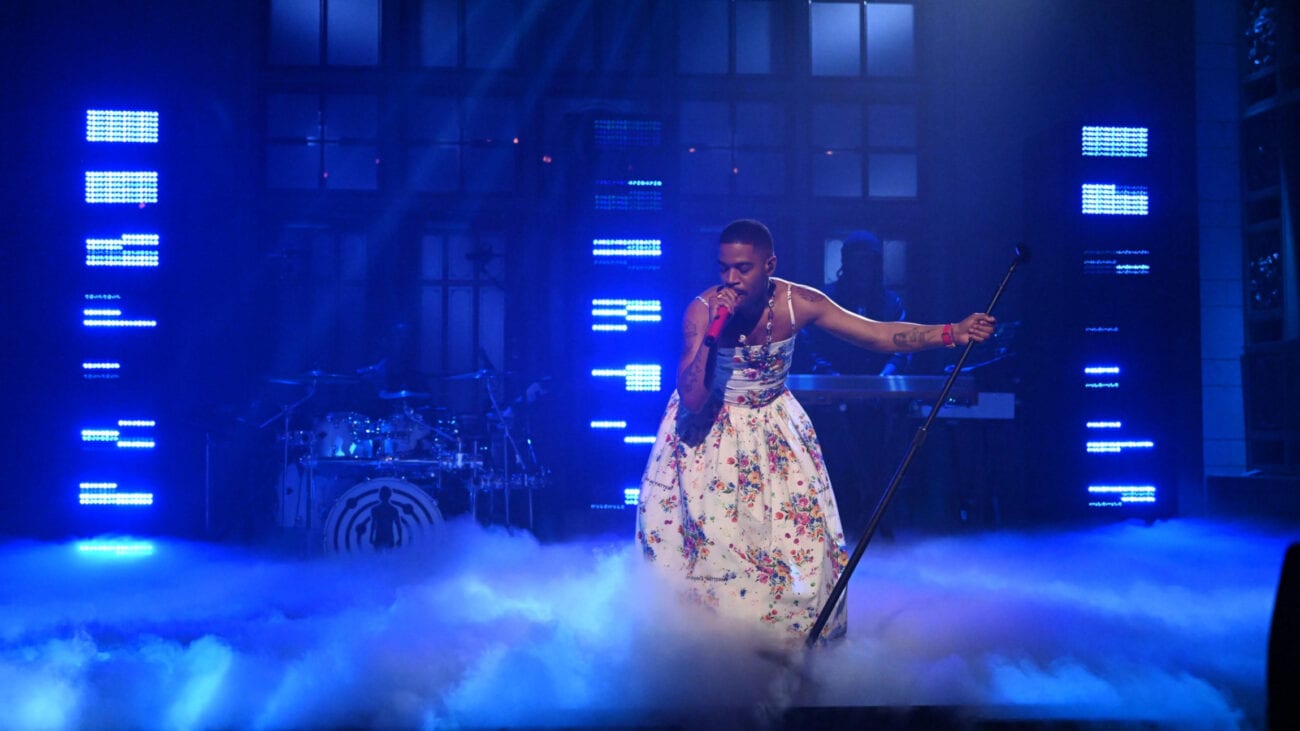 Kurt Cobain has been dead longer than he was alive. The grunge pioneer and rock legend died by suicide in 1994 when he was twenty-seven years old, and since this month marks the twenty-seventh anniversary of his passing, it’s a big anniversary.

Twitter was certainly going to have their say. So “Come As You Are” and dive into Twitter’s reactions to Kid Cudi’s dress tribute.

It's been 27 years since Kurt Cobain died. Which as of last week is now longer than he was alive.

Don’t get it twisted. Cudi will wear a dress and still beat you the fuck up. 😭 @KidCudi 🙌🏽🙌🏽🙌🏽 pic.twitter.com/oSM1IkH1gE

kid cudi has frequently named kurt cobain as one of the main influences on his music 🙏https://t.co/oeHJty7eFU

The more you know

The tribute to Kurt Cobain was done because Kid Cudi cited Cobain as an influence on his own music.

i wanna see people giving kid cudi the same praise that harry styles recieved when he was on vogue pic.twitter.com/JyJMiMp2AB

We, too, want to see the same energy for Harry Styles’ dress for Kid Cudi’s Kurt Cobain tribute.

#kidcudi on SNL preforming in a dress should be called “What happens when the money runs out.” pic.twitter.com/84wVpzV1ZQ

Of course, the haters are out there, too.

Let’s talk about #KidCudi’s #SNL dress and why he wore it.

And what the connection to #KurtCobain is.

The hot takes from TikTok are making their way to Twitter. And yeah, if you don’t know who Kurt Cobain is, you should probably Google him now (and we feel sad for you).

Spoke with Virgil about how the dress is becoming a menswear staple (and maybe even…replacing the suit?) https://t.co/w7SRBe6Fcf

With Harry Styles, Billy Porter, and now Kid Cudi rocking dresses, are we freeing the dress from the confines of “women’s clothes”? Free the dress! Free the dress!

On Saturday night’s ‘SNL’ @KidCudi wore a floor-length, floral dress to pay tribute to Kurt Cobain. He also used his other performance to pay tribute to Chris Farley.https://t.co/zYeU20QN2l pic.twitter.com/jCACj1u7FM

Not the only tribute

Kid Cudi didn’t just pay homage to Kurt Cobain. In his other performance, he paid respect to comedian Chris Farley, who died in 1997 of a drug overdose.

@KidCudi hi uh pls lemme know where this dress is from bc I really want it. mkay love u :) thanks <3 pic.twitter.com/Ck1zbWinrT

We want the dress!

Who are you wearing, Kid Cudi? How can we get this floral frock into our wardrobes now?

Compare Post Malone, who understood the assignment, with Kid Cudi

The outfits reflected the scene of the period, which is why they made sense for Cobain & crew to adopt

It's not like Nirvana threw on prom 'fits for shows pic.twitter.com/LzuvN9auzJ

Who wore it better?

Some people on Twitter are pointing out Post Malone’s tribute to Kurt Cobain and how it reflects grunge better. We say: nitpick, much?

Kid Cudi performed in a dress on SNL! #thetruthbehindhiphop was prophetic. God literally forewarned the body of Christ of these things coming through that powerful series. Parts 1-13 prophesied it all! Praise God for the call! It's all coming to pass! pic.twitter.com/izgtxqFqPg

Apparently, Kid Cudi in a dress is a sign?

@KidCudi will forever be my fav https://t.co/WhCz4We2VH

“’Cause in the end, they’ll judge me anyway, so, whatever.” – Kid Cudi

What did you think about Kid Cudi’s dress tribute to Kurt Cobain? Let us know your thoughts below in the comments!