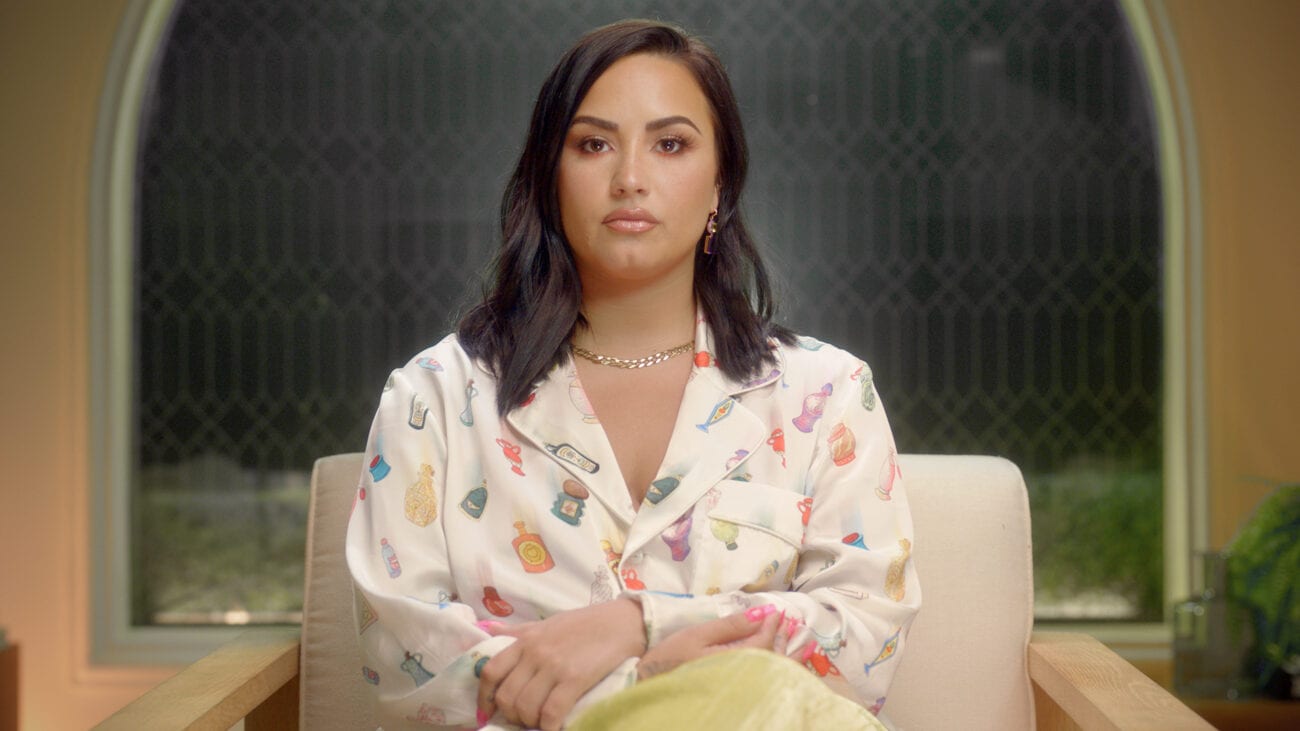 Detailing her struggle with addiction and her recent overdose, the songs on Demi Lovato’s new album showcase her powerful voice and her powerfully taking back the narrative on her life. Complete with a cover of “Mad World” by Michael Andrews, Demi Lovato’s songs on this album slap. Dive into Lovato’s comeback here!

The rise, fall, and resurgence of Demi Lovato

In 2018, TMZ reported Demi Lovato was in the hospital after overdosing on alcohol & drugs. They further revealed her near-fatal overdose was minutes away from killing her, and she still suffered effects from the overdose. “I essentially had to die to wake up”, she told Tracy Smith on CBS This Morning. She further revealed she was legally blind and still suffers brain damage from the overdose.

Demi Lovato divulged in the documentary that shares the same name as her album, Dancing With the Devil, she said: “I don’t drive a car because I have blind spots in my vision. For a long time, I had a really hard time reading. It was a big deal when I was able to read a book, which was like two months later, because my vision was so blurry.”

In the docuseries, Demi Lovato went on record to say she was raped at fifteen while still working for Disney and said she was “taken advantage of” the night she ODed. She also had reported problems with drugs & alcohol in the early 2010s, but per the docuseries, Demi Lovato got sober in 2012. However, she relapsed in 2018 following six years sober.

“I picked up a bottle of red wine [one] night, and it wasn’t even 30 minutes before I called someone that had drugs on them. I’m surprised that I didn’t OD that night. I ended up at a party and ran into my old drug dealer from six years before. That night I did drugs I had never done before”.

She confessed she did “meth, molly, weed, alcohol and oxycontin that night” that night per People Magazine. She also said she managed to keep her relapse hidden until she ODed in July. While she takes opioid blockers, she admitted to People that she still drinks in moderation and smokes weed, diverging from traditional sobriety plans that stress complete abstinence from substances.

However, Demi Lovato said her road to recovery wasn’t for everyone, although she claimed it was what worked best for her. “Recovery isn’t a one-size-fits-all solution. shouldn’t be forced to get sober if you’re not ready. You shouldn’t get sober for other people. You have to do it for yourself.” One of her songs, “California Sober”, delves deeper into her feelings around the recovery process.

In addition to capturing her struggle with drugs through her songs’ lyrics, the music video for “Dancing With The Devil” recreates the day she ODed, including the green jacket she wore before being found nearly dead and transported to the hospital.

Demi Lovato also collaborated with Ariana Grande & Saweetie on a couple of her songs. She also released a song with Sam Smith two months before her album dropped. Overall, listeners can enjoy soul & gospel influences on the album, including hymnal melodies in her collaboration with Smith. Her song with Saweetie is a mellow party anthem you’re sure to hear at bachelorette parties in the future.

With guest features Saweetie, Noah Cyrus & Ariana Grande, which track from Demi Lovato's ‘Dancing With The Devil: The Art Of Starting Over’ are you claiming? 🎵 pic.twitter.com/rqj1z3IdFG

Twitter’s here for it

The Twittersphere is ready to welcome Demi Lovato and her new songs back into their lives with open arms.

However, many Twitter netizens are shouting out Noah Cyrus, who collaborated with Demi Lovato on one of Lovato’s new songs, “Easy”. “Noah [Cyrus] and I sing [‘Easy’] together, and it was originally sent to me by Matthew Koma, who is a talented producer and artist. I fell in love with it the second I heard it and immediately thought of how incredible Noah’s voice would sound on it”, Lovato explained about the collab.

Did you listen to Demi Lovato’s new songs yet? How about the whole album? Which one of her new songs is your favorite? Let us know in the comments!