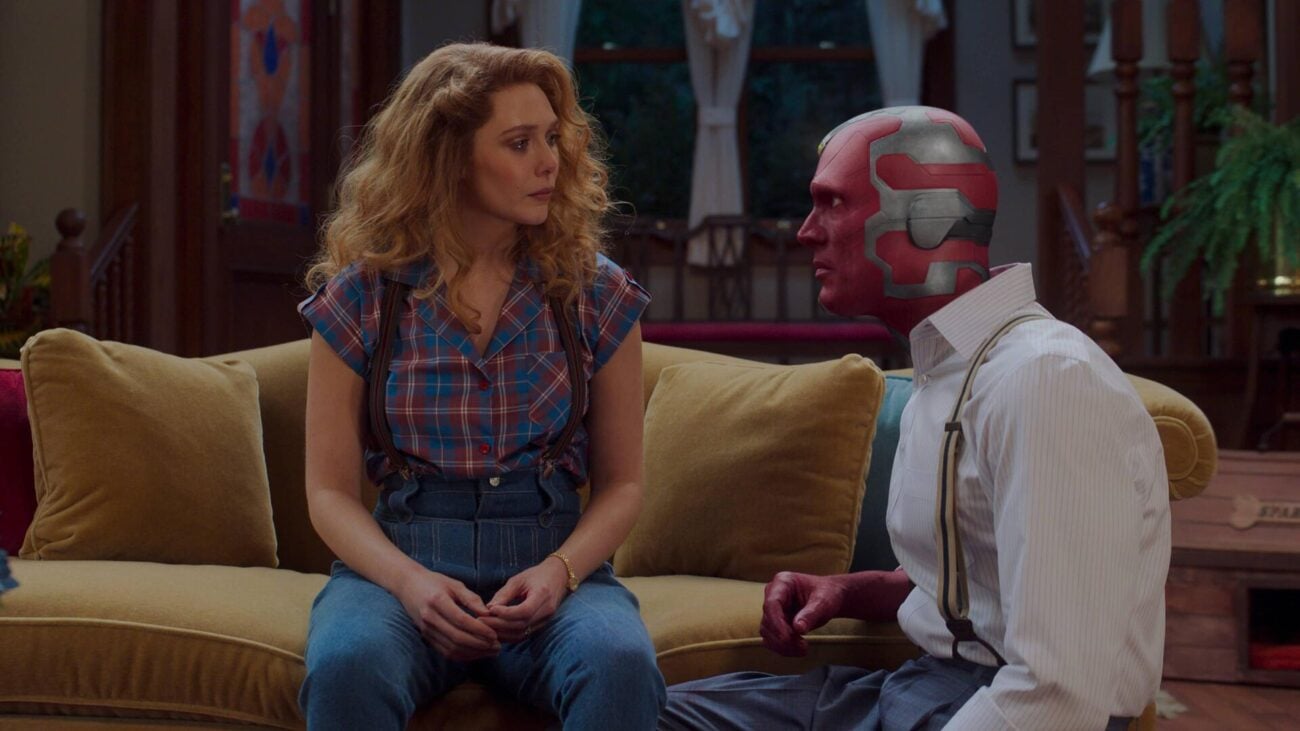 ‘WandaVision’ is over: Laugh and cry at these painfully relatable memes

We’re a week removed from the WandaVision series finale, and the internet is not taking it well. It’s like we’re all going through a terrible breakup, and we can’t move on. It got so bad last night that the phrase “no WandaVision” was trending on Twitter.

Fans are distraught after the ending of WandaVision. However, there’s more to look forward to. The Snyder Cut drops on HBO Max next Thursday and Falcon and the Winter Soldier the following day. The MCU is just getting started in 2021. Not only will Loki also drop on Disney+ this year, but four MCU films are also coming to theaters.

However, fans can’t get over WandaVision. Relive the first MCU TV show through the depressing memes of its fans wishing it would come back even for one more episode.

I woke up at 3 am and realized there was no wandavision pic.twitter.com/9EbsIjuAYn

Were you at least productive? Did you get some work done or progress further in whatever video game you’re currently playing? That helped keep us up waiting for new episodes of WandaVision to drop on Disney+.

No WandaVision this week pic.twitter.com/ylgiMe9KDM

We understand your grief, Wanda. We would give anything for one more episode of WandaVision. You set the bar very high. We don’t know how any of the other MCU TV shows will compete.

No Wandavision but the Wandavision Episode 9 soundtrack is fuckin BUSSIN pic.twitter.com/bPKkdDQYsx

Disney released a whole album for each episode of WandaVision. While you wait for Falcon and the Winter Soldier to drop next Friday, make a WandaVision playlist for your friends. Ours is pretty fire, not going to lie.

It's Friday morning & I am missing my coffee time with Wanda. No WandaVision this morning has left a void within my feels. #WandaVision #DisneyPlus pic.twitter.com/T3IH8GBKMV

The GIF of the day, ladies and gentlemen. Today’s about braving through the day without a new episode of WandaVision to watch when we get home. We’re fine – we’ll make it to the end of the day.

Me realizing there’s no new #WandaVision at midnight tonight pic.twitter.com/sTJdpA4xYp

Vision’s crying!? You know the sadness is real if Vision is crying!

It’s time I make my own hex, I can’t live with no WandaVision pic.twitter.com/taW8BrPLp2

We’re about ready to create our own hex. That way, we’ll live in a perfect world where WandaVision isn’t just a limited series.

I really don’t need all these no #wandavision posts on the tl 😭 pic.twitter.com/yI3t4TqSNo

Is this thread relevant to us? Absolutely. Do we need to be reminded of that right now? Absolutely not.

Am I sad there is no Wandavision today? Sure. But this looks a lot cooler. I love behind the scenes pic.twitter.com/O4pUHbQ8NC

We need our fix

If you’re desperate for your weekly fix of WandaVision, don’t forget Marvel Studios Assembled: The Making of WandaVision dropped on Disney+. The next logical episode title would be a behind the scene episode.

I'm glad I'm not the only one sad about no wandavision tonight 😔 pic.twitter.com/zGjHxPU8Rx

But what do you think? Are you still not over WandaVision? What’s the next MCU project you’re excited about? Let us know in the comments.