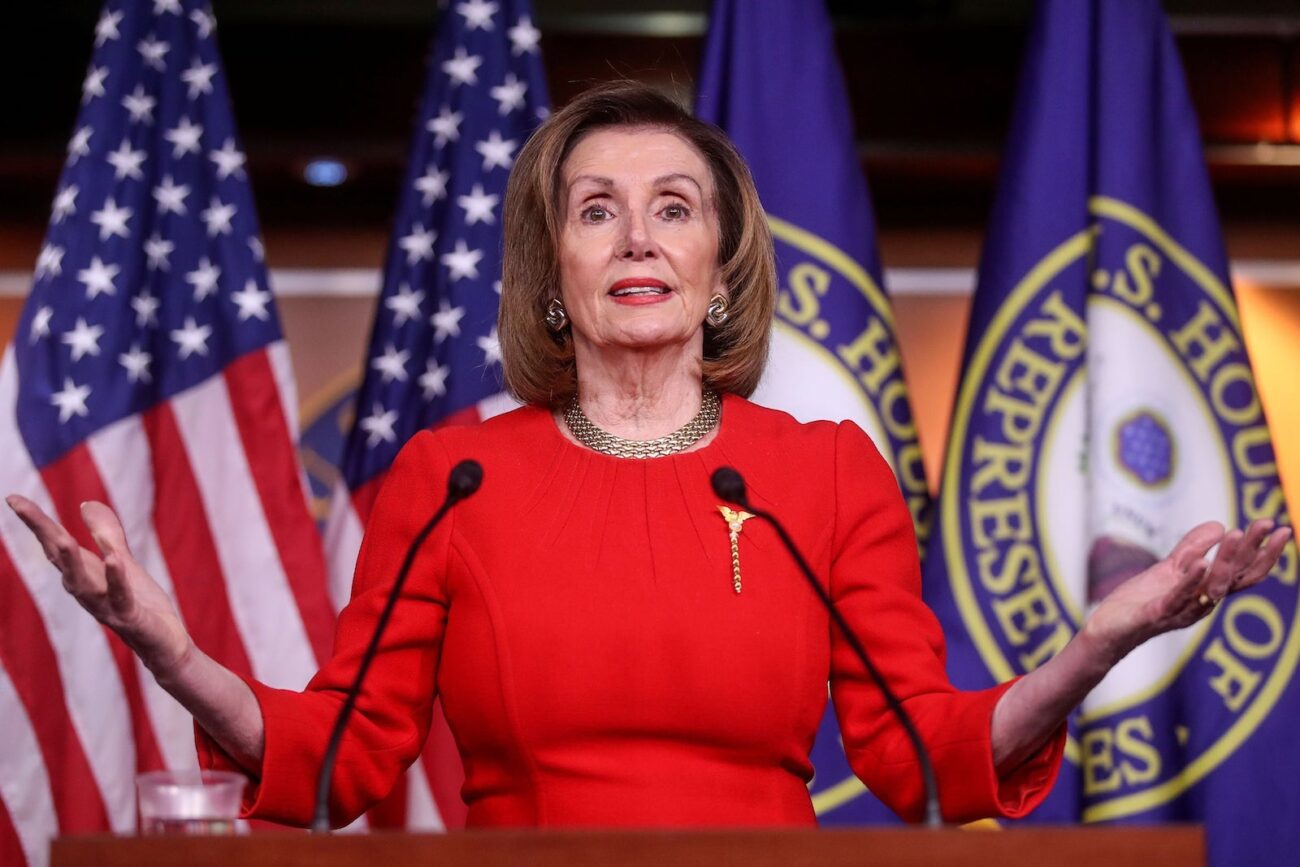 Twitter’s famous source for memes: Nancy Pelosi is back at it again

Today is a huge historical moment for America, as Joe Biden is finally sworn into office. The Inauguration ceremony had a lot of great moments – Lady Gaga singing the National Anthem, Jennifer Lopez wearing a stunning white coat. But was Speaker of the House Nancy Pelosi the secret highlight of the day? Twitter seems to think so with some pretty hilarious memes.

BREAKING: Nancy Pelosi has arrived to the inauguration ceremony with Lady Gaga and Jlo pic.twitter.com/jFMZdxO6Hg

Ever since discovering a Twitter model/influencer named Nathy Peluso, users have not been able to stop pretending to mistake her for House Speaker Nancy Pelosi. Today, one user posted a video of Peluso dancing with two other girls and captioned it “BREAKING: Nancy Pelosi has arrived to the inauguration ceremony with Lady Gaga and Jlo.” And we can’t stop cracking up.

Has anyone ever seen Nancy Pelosi and Lucille Bluth in the same place? pic.twitter.com/o2ozR4KQPg

Come to think of it, Nancy Pelosi does bear an eerie resemblance to Arrested Development’s Lucille Bluth. Same sassy attitude, same sharp fashion sense. They even look insanely alike. Okay, now we’re totally on board with this conspiracy theory . . .

nancy pelosi and AOC deciding who gets to tweet the shady af comeback at trump pic.twitter.com/uAks0NQ4nZ

If you follow Alexandria Ocasio-Cortez or Nancy Pelosi on Twitter, you know they’re always jumping at the opportunity to throw shade at Donald Trump with a hilarious one-liner. Someone imagined the two in a physical fight over who gets to make the first shady comment at the former prez, and we’re living for it.

nancy pelosi rocking up to the white house this morning to wake up the trumps like pic.twitter.com/FsHhaParwj

Remember that iconic moment in Bad Girls Club when Tanisha Thomas walks around the house banging pots & pans together to get back at the other girls for keeping her up all night? Well, someone took that clip and repurposed it to imagine Nancy Pelosi kicking out the Trumps on Inauguration morning. And it’s pretty darn hilarious. 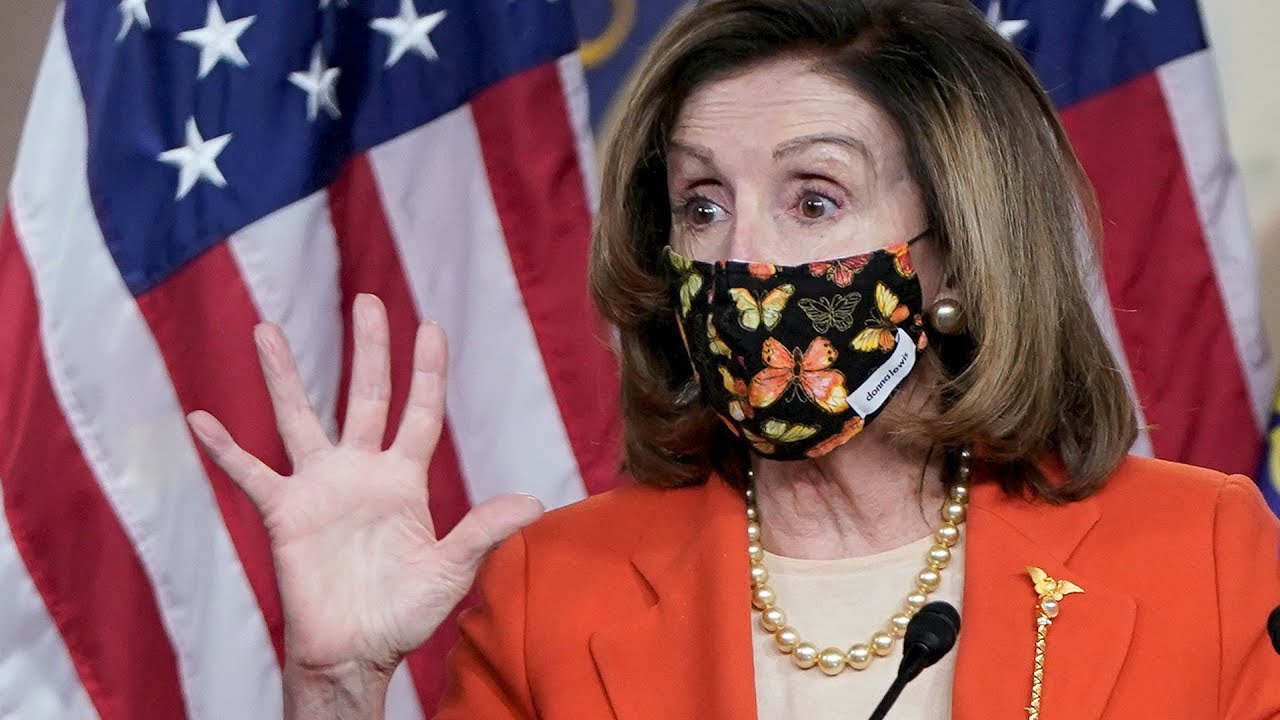 Despite all the Twitter memes & riffs, many users took to the site to applaud Nancy Pelosi and share genuine admiration for the Speaker of the House. One wrote: “In my humble opinion: Nancy Pelosi is the greatest to ever serve as Speaker of the House.” Another wrote: “Nancy was the real President for the past 2 years. Thank you @SpeakerPelosi for saving America from a truly unthinkable fate.” 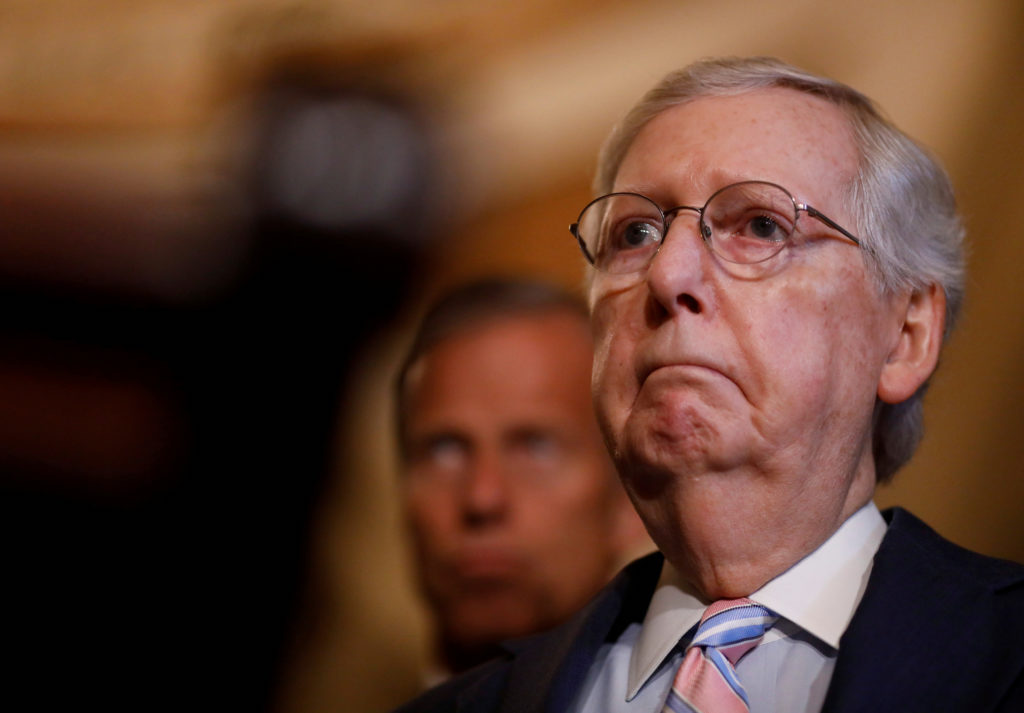 In addition to swanky coats and a meme-worthy persona,  many saw Nancy Pelosi as an important beacon of hope & truth during the Trump presidency.

Prior to the Inauguration, Pelosi was not afraid to talk about the dangers of former President Donald Trump. She discussed the insurrection on the Capitol with Politico: “Presidents’ words are important. And they use his words to come here. And the crime, in some cases, was murder. And this president is an accessory to that crime because he instigated that insurrection that caused those deaths and this destruction.”

Even Mitch McConnell, who’s usually an avid supporter of Trump, disavowed his actions prior to the insurrection. “The mob was fed lies,” he explained. “They were provoked by the president and other powerful people. And they tried to use fear and violence to stop a specific proceeding of the first branch of the federal government which they did not like. But we pressed on.”

And press on, we shall with Nancy Pelosi, President Joe Biden, and Vice President Kamala Harris taking the reins. And, if we get to see some hilarious Twitter memes in the process – well that’s just a bonus!