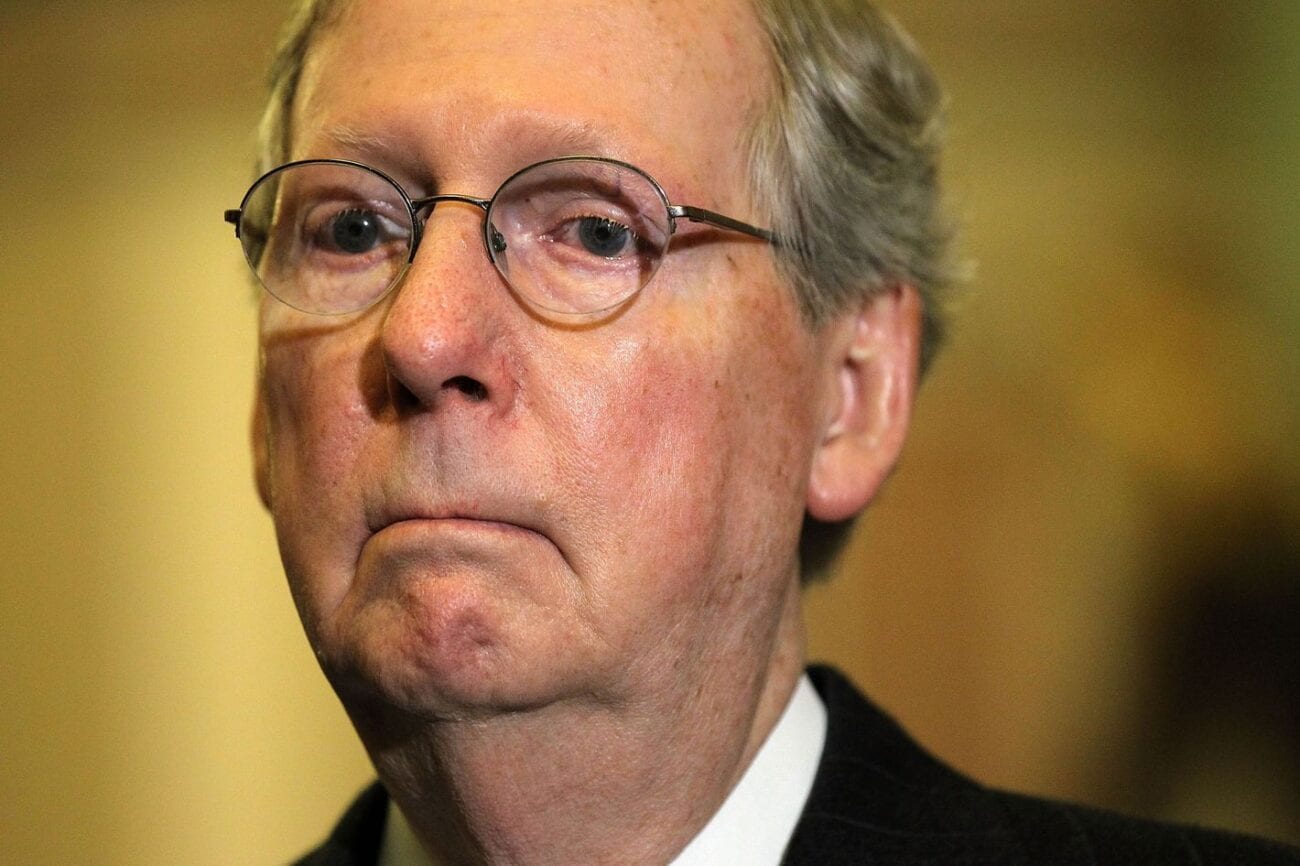 Whether you know him as Moscow Mitch or Turtle Man, it wasn’t too surprising when KY Senator Mitch McConnell blocked the $2,000 stimulus checks.

After U.S. President Donald Trump demanded Americans receive a $2,000 stimulus check instead of the measly $600 in the new COVID stimulus bill, the Democrat-majority House of Representatives quickly voted it in. It was one of the most surprising alliances in U.S. history. Alas, it didn’t come to pass.

Waiting on y'all to drop the gospel remix, "Mitch Blocked It".

Lumbering into the Senate, the turtle man himself, Senate Majority Leader Mitch McConnell, blocked those sweet, sweet stimulus checks that could’ve helped us with rent with evictions looming or paid our outstanding health care costs. Instead, we’re getting stiffed and Twitter’s not having it.

While we wish no death or harm on the reptilian-looking Senate Majority leader, Twitter is not holding back. Here are the most savage memes Twitter threw out in response to Mitch McConnell’s block.

Mitch McConnell tonight after seeing Trump siding with Dems on $2000 dollars instead of $600#MitchMcConnell #StimulusChecks pic.twitter.com/yAXZ5kuLpz

We really imagine this was Mitch McConnell’s reaction to Trump’s declaration.

While it wasn’t terribly surprising Mitch McConnell would throw the stimulus bill under the bus, it stung.

@senatemajldr gets paid $16,000 a month to tell us that $600 is enough for our bills and food. #MitchMcConnell pic.twitter.com/ZIl1Dk8Y89

Do the math again

This guy is getting paid how much to say $2K is too much for everyday Americans?

When Mitch entered Senate, his worth $150K
Today: $34 Million

His father-in-law is Chinese shipping magnate, associated with the CCP#MitchMcConnell was the 1st to refer #JoeBiden as President elect

Even the right hates him

And by right, we don’t mean the establishment right. But the heat he got on Twitter for his alleged connection to China & the CCP?  Guess the left isn’t the only one calling McConnel “Moscow Mitch”.

Bringing out science to show how much of an a$#hole you think someone is.

#MitchMcConnell (@senatemajldr) we on the way sir. 💅🏽☕️💰🔥✨ pic.twitter.com/Oqx9EDCvWC

You know it’s serious in December 2020 when Twitter brings out the Twisted Tea.

I think it’s about time #mitchmcconnell tastes that #TwistedTea pic.twitter.com/PaI9XYqT9N

Twitter’s even bringing in Thor with his mighty Twisted Tea hammer.

What in the Patrick Star?

Whoever on Twitter put Patrick star in a blender with Spongebob’s cheap boss, Mr. Krabs is paying for the bleach we need to wash our eyes with! We see the resemblance though.

Oh, the classic! Twitter’s long decided that Mitch McConnell looks like a turtle

You’re a mean one, Mr. Mitch (McConnell)! And Twitter thinks so too!

when your mom says “if you keep making that face it’s gonna get stuck like that” #mitchmcconnell pic.twitter.com/0mLqddiuqL

Your Mama was right about some things!

Ah, a face only a mother can love! And those teeth! If you make Mitch McConnell’s salary, can’t you afford to go to the dentist?

Only right to post this now #Stimulus #MitchMcConnell #COVID19 pic.twitter.com/e4oy5x7npH

See you in Hell!

As Twitter netizens make their way through the brimstone gates of Hell, we know Mitch McConnell will be the first person they look for.