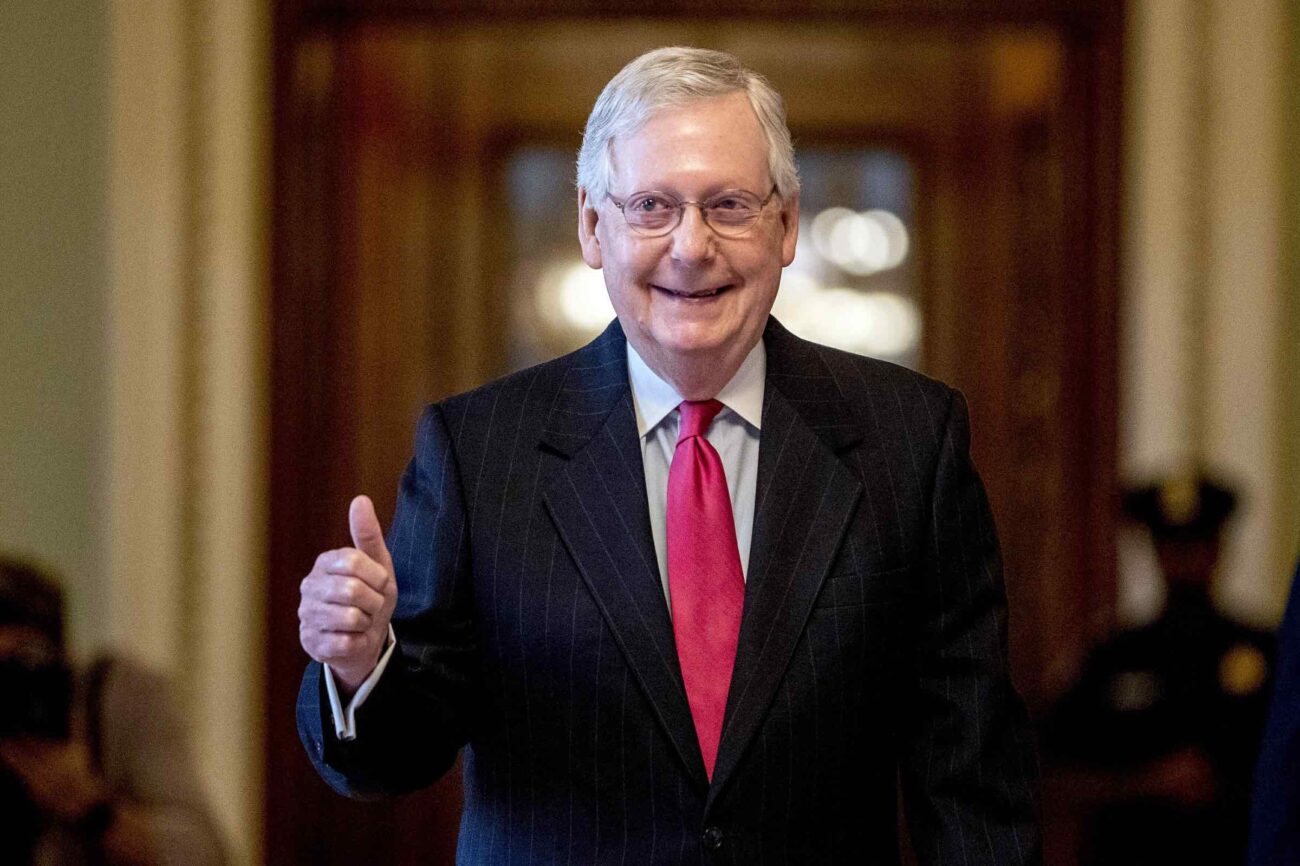 No one likes Mitch McConnell: The best Twitter memes about him

There are too many reasons to count why people dislike Senate minority leader Mitch McConnell. You can find many of those reasons on Twitter, where people use their first amendment rights to roast the senior republican leader into smithereens.

This latest “Mitch McConnell/Twitter roasting” is brought to you by Donald Trump’s impeachment trial. Even though McConnell voted to acquit the former president of any responsibility regarding the January 6th insurrection on the Capitol, he immediately condemned Trump in a speech. Trump retaliated with a letter scorching McConnell.

As always, Twitter grabbed its popcorn and headed to their respective keyboards to post about the debacle. The following memes are the sweet, sweet fruit of their labor.

Honestly, this is a rap battle we hope nobody wins.

Mitch McConnell: "There is no question former President Trump bears moral responsibility…His behavior during and after the chaos was also unconscionable."

With Trump’s impeachment concluding over Valentine’s Day weekend, McConnell condemning the former president, and Trump’s scathing letter in retaliation coming out about the same time, it’s not hard to infer that the two have a thing for arguing. Hey, we don’t kink shame here.

The fall of Mitch McConnell will be slow and steady. Sit back and enjoy🍿 pic.twitter.com/mtv4JIKK23

Here’s a photo of Mitch McConnell in happier times. pic.twitter.com/UNffGTixnR

We get it if you’re bored, but asking the internet to entertain you might not be the best option. Now everyone is forced to see this weirdly accurate and equally creepy doll and correlate it with Mitch McConnell. Thanks, @TheCatSatana.

Trump and Mitch McConnell going at each other
pic.twitter.com/lwcMaWKtGW

All bark, no bite

The two powerful senior political leaders love to go at it with each other, but very rarely do they leave a mark – or create real change for their constituents.

Is Mitch McConnell really a turtle? The world may never know. Do we like this meme because the watermelon is sort of shaped like a dollar sign, implying McConnell works for the rich? Yes, yes we do.

Wait… Mitch McConnell smiles. And when he does. it burns a profoundly dark imprint onto your soul: pic.twitter.com/CqrPKhgUQ7

The best part of this Mitch McConnell tweet is that both the original poster and the subtweeter aren’t wrong in their descriptions of the Senate minority leader. Also Mr. President, dour and sullen mean the same thing.

Let's cut live to the battle as Mitch McConnell and Donald Trump fight for the soul of the Republican Party. pic.twitter.com/VNjo4oo7OF

Sometimes watching political dinosaurs fight is like watching an old movie with kaijus taking over the city– the whole fight feels very dated and aesthetically unappealing.

I love Brian Williams, "we have translated it from the original Russian." Comment on Ron Johnson's take on the insurrection. On Mitch McConnell, "Mitch has a new op-ed in the WSJ apparently written by gaslight." Lmao.

MSNBC anchor Brian Williams is known for his no-holds-barred sass and during one particular newscast, he must have been wearing his sassafras jeans.

For a second there I thought it was Mitch McConnell's family reunion. https://t.co/eSLicU1NvR

I got all my turtles with me

This made us laugh a little too hard.

If all else fails, remember this catchy diddy and apply it to all aging, outdated and corrupt politicians regardless of political party…