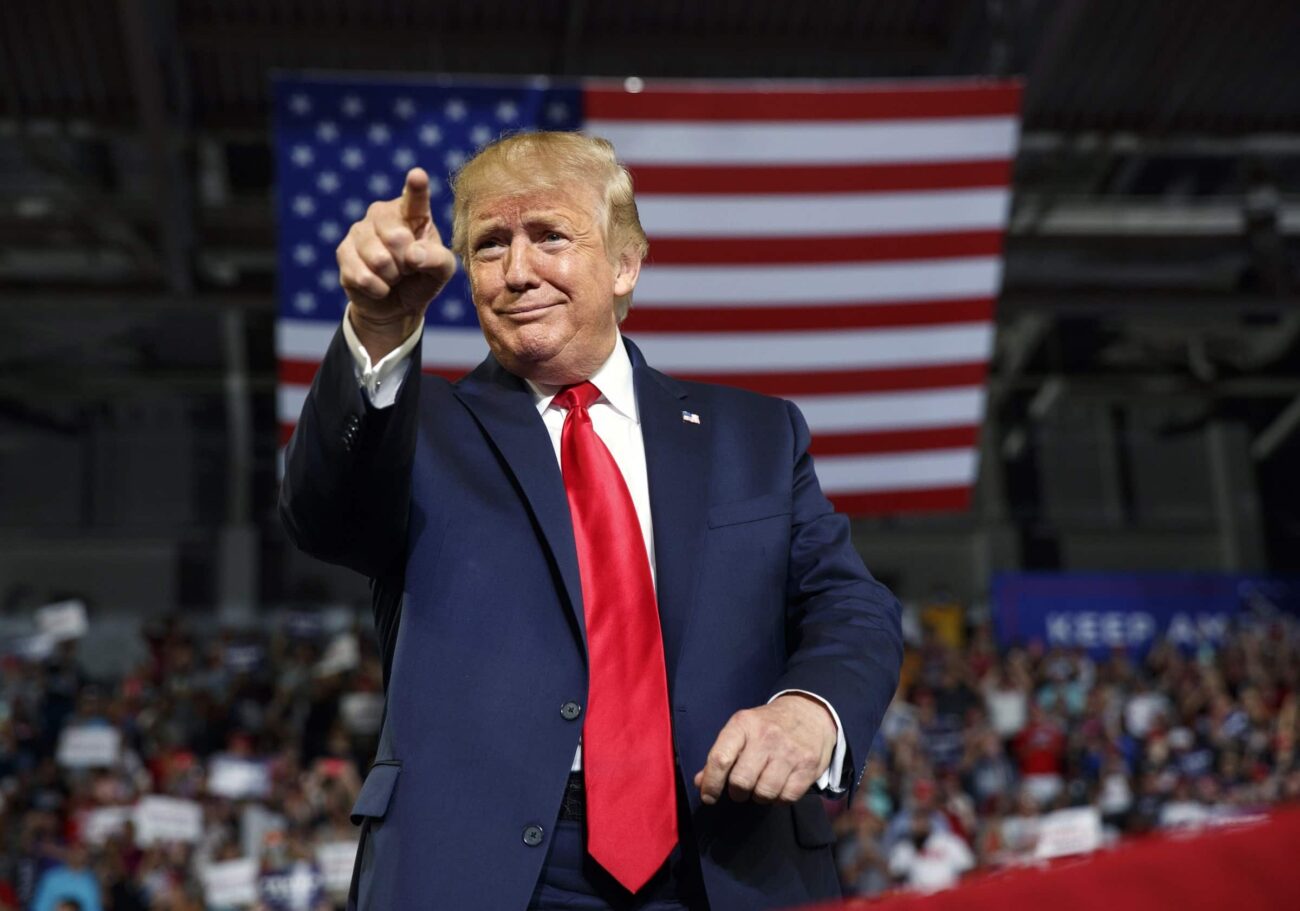 Donald Trump left Twitter a little over a month ago (left/was-kicked-out – tomato/tomahto) but his spirit has lived on in the social media platform thanks to memes. You can ban Donald Trump, Twitter, but you can’t ban Donald Trump memes! – at least not yet. The funny pictures & outrageous captions are the next best thing to Trump’s actual Twitter rants.

Well, Donald Trump is back, baby! No, not on Twitter, don’t be silly. Trump is back on the streets, back in the public eye, back from impeachment exile! This Monday, the former president waved at hundreds of MAGA devotees rallying outside Mar-a-Lago, celebrating his acquittal.

You know what this means. It’s time for another Donald Trump memes round-up!

The Impeachment Cup is a hidden achievement in Mario Kart.

I took that picture when I switched over to see what they were talking about.#trumpmemes #impeachtrump #impeachment #foxnews pic.twitter.com/g5Y2Hl67S1

What does the fox say?

We don’t know about you, but if there’s a koala stopping traffic, we definitely want to know about it.

What an awe-inspiring Donald Trump meme. Turns out Indiana Jones’s crusade wasn’t the last one.

Donald Trump starting his biography after getting acquitted twice in the Senate #TrumpImpeachmentTrial pic.twitter.com/Q30cYnX5Ry

Let’s be honest: the book would just be a collection of Donald Trump memes.

Hahahaha, The Trump GOP memes are fire. There's no such thing as #Trump2024 btw, y'all can stop whining pic.twitter.com/RMZkfvoxnV

The Impeachment Sub is a secret menu item.

To sum up what happened in a nutshell …. #SenateImpeachmentTrial #TrumpImpeachment @CNN pic.twitter.com/GhL1hhwdGD

Not sure if there are as many Palpatine memes as there are Donald Trump memes but the crossover possibilities are fascinating.

He did the thing

We could probably dedicate three full articles to the Donald Trump dance. So don’t test us!

We’re not used to Donald Trump memes having this artsy look. It’s a little unsettling, to be honest.

Replace “Guilty!” with “Innocent!” and the meme still works!

Does whatever a RINO can

Legit geeking-out over Romney & McConnell becoming Spidey supervillains. And they didn’t even have to vote the same way on Trump’s impeachment trial!

This will never get old 😂