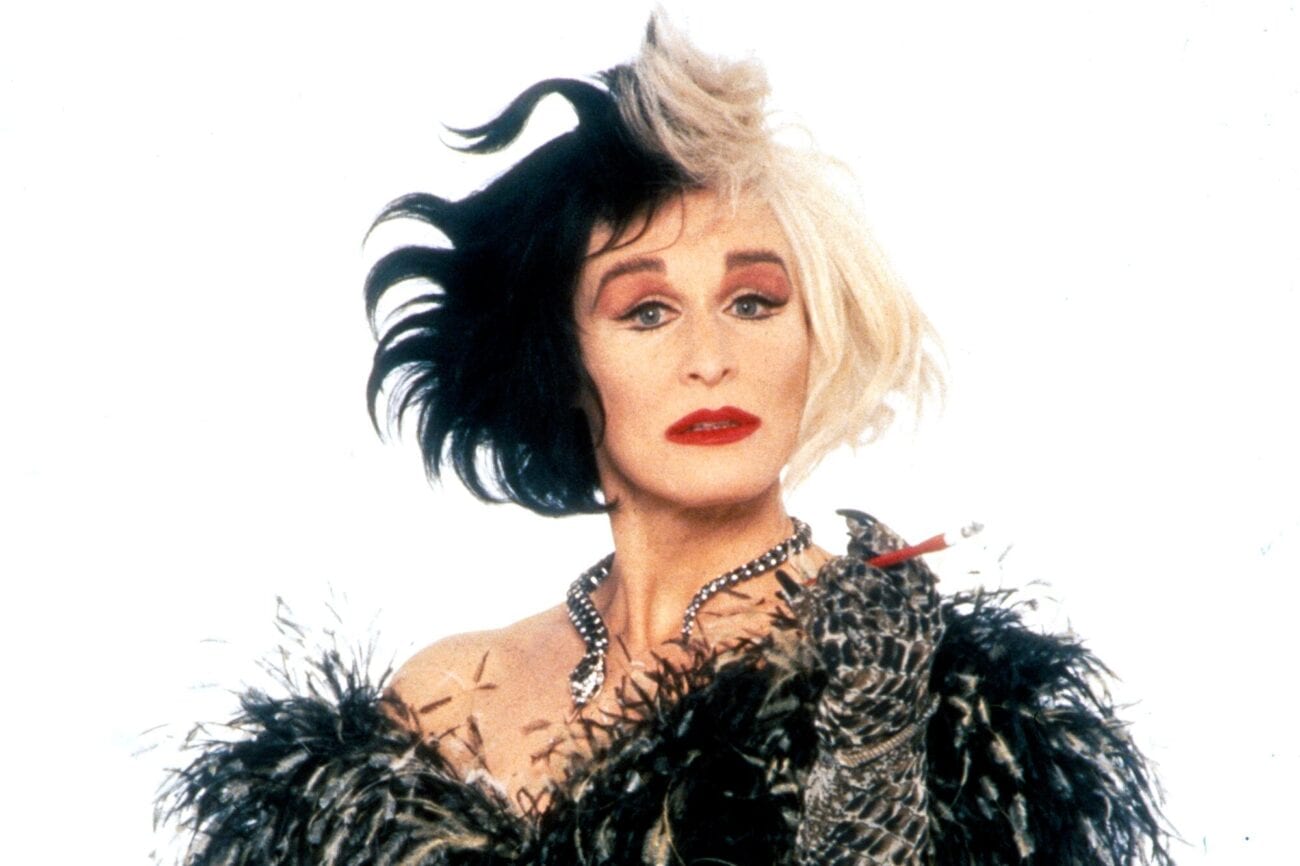 If she doesn’t scare you, no evil thing will! The terrifying Disney villain has recently returned to the big screen in Cruella, with Emma Stone giving the character a whole new look & attitude. Her performance brought an unexpected depth to the spot-loving stylist as we learn just why she wants a spotted coat so badly.

However, no one can forget the Glenn Close live action performance of Cruella De Vil either. The sinister laugh, the over-the-top action, and the surprising bits of wisdom are what made Glenn Close’s Cruella De Vil stick in our minds years later.

So who is the superior De Vil? We sniffed our way through the Twitter threads to find out. Hide your puppies as we dive into the Glenn Close vs. Emma Stone Cruella De Vil debate.

glenn close's cruella de vil is what a live action is supposed to be, and the costume design is insane, truly iconic pic.twitter.com/wvKI84F1ha

We can’t deny it, Close really brought the true, wicked nature of the character to life.

Glenn Close played the best live-action Cruella De Vil ever and I will die on this hill. pic.twitter.com/L63w7F2EOz

Die on this hill

You gotta admire their dedication to their side.

I'm excited to see Emma Stone's portrayal as #Cruella, but I don't think anyone will ever match up to the Glenn Close. Her Cruella de Vil was perfection. 🖤🤍 pic.twitter.com/psM8tMJidX

Close certainly perfected the performance to the point that it was perfect nightmare fuel. That laugh still haunts us . . .

thinking about the looks that Glenn Close served as Cruella de Vil pic.twitter.com/DRyetyhDSm

Those costumes were pretty iconic and eye-catching, which is hard for a full black and white wardrobe!

It makes absolutely no sense that Joaquin Phoenix has an Oscar for playing The Joker but Glenn Close doesn't have one for playing Cruella de Vil. pic.twitter.com/Anu8n9EyMy

Guess the Academy that year was made up of dog owners . . .

Emma Stone as Cruella de Vil is something i never knew i needed 🖤 pic.twitter.com/aCf95W8ddt

Moving to Stone’s defenders, we can agree that sometimes the best stuff comes from unexpected places.

So I finally got round to watching the new Cruella film

She definitely surprised me how good is as a villain and the soundtrack to the film was brilliant pic.twitter.com/j6NK0db4R7

Stone really added a nice new spin to the character, just like the soundtrack added a new spin to classic rock songs!

She definitely added some new nuance to the character, we’ll say that much.

Emma Stone as Cruella De Vil is something I didn't know I needed in my life. New girl crush. Obsessed. Loved the movie. Definitely getting a skunk stripe 🖤 pic.twitter.com/oVQwaVPHAn

We won’t be surprised if those make a comeback after Stone pulled it off so well.

Who do you think was a better Cruella De Vil, Glenn Close or Emma Stone? Drop your thoughts below in the comments to keep the puppies safe!