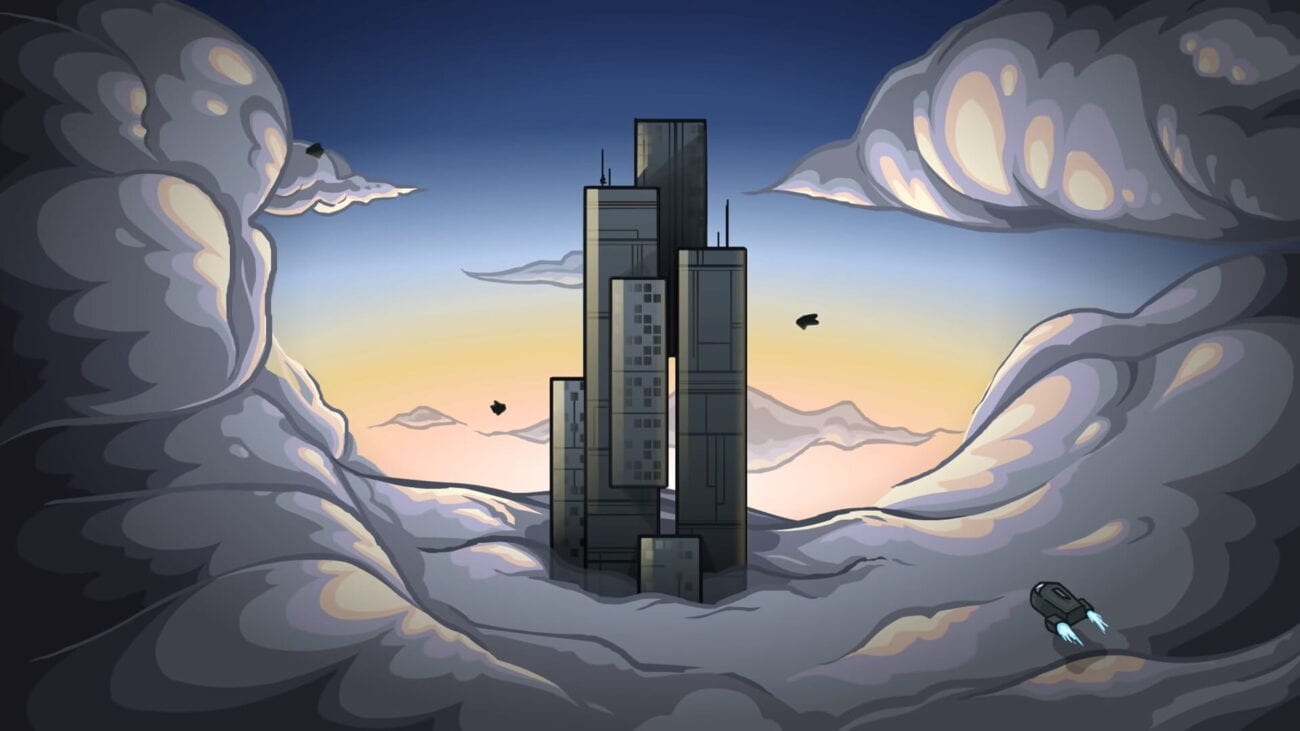 Never lose an ‘Among Us’ game again! Check out these handy maps

If you haven’t been infected with the Among Us bug yet, where have you been? Playable on PC & mobile, the game has taken Twitch by storm and it’s number one on Apple’s App Store with more than 158 million downloads worldwide.

Are you vying to hop on the bandwagon spaceship and play Among Us? Best study up so you don’t stick out as a total noob. The social deduction game isn’t about button-mashing – it’s about strategizing.

There are all kinds of useful tricks to help you succeed in Among Us – but one of the most essential tricks is knowing the maps and using them to your advantage. Here are all three Among Us maps and their signature qualities. Warning – once you learn the ropes, you’ll be as addicted as we are. 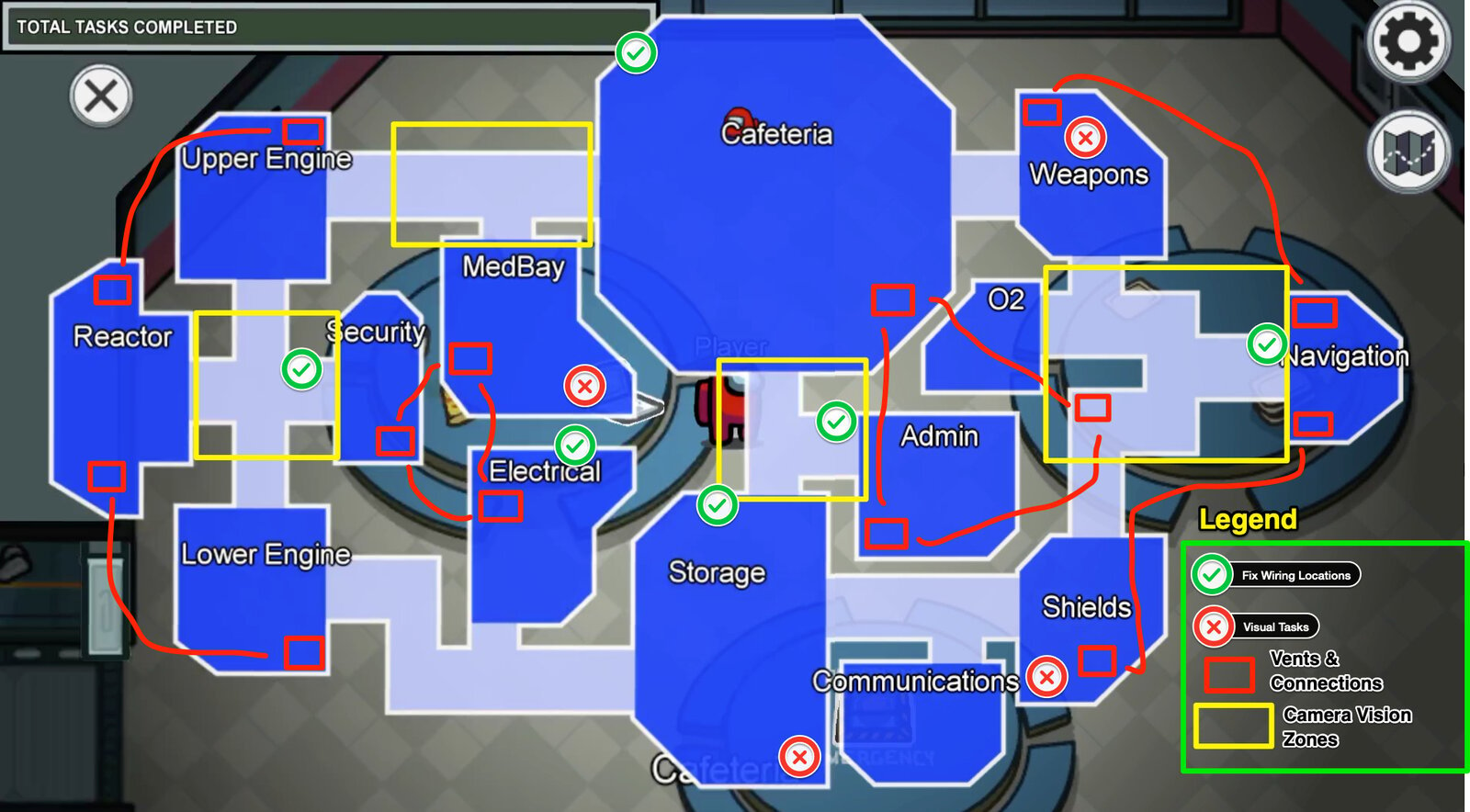 The first & original map released to players in Among Us was The Skeld. This map has fourteen rooms: two large ones in the middle and six small ones on either side. Banking on the few corridors with east/west symmetry, The Skeld is pretty easy to navigate.

The Skeld has more visual tasks to accomplish than any other map. This means that you can visibly see whether crewmates are successfully completing their task – thus making it harder for impostors to fake it. The five visual tasks can be turned off by the Host, giving the impostors a little relief.

On The Skeld, impostors can sabotage crewmates in four different locations equally spread across the map – the Reactor, Electrical, Communications, and O2 room. The most dangerous zone is the Electrical room where it’s hard for crewmates to escape and easy for impostors to do their killing. There’s also no security in here. 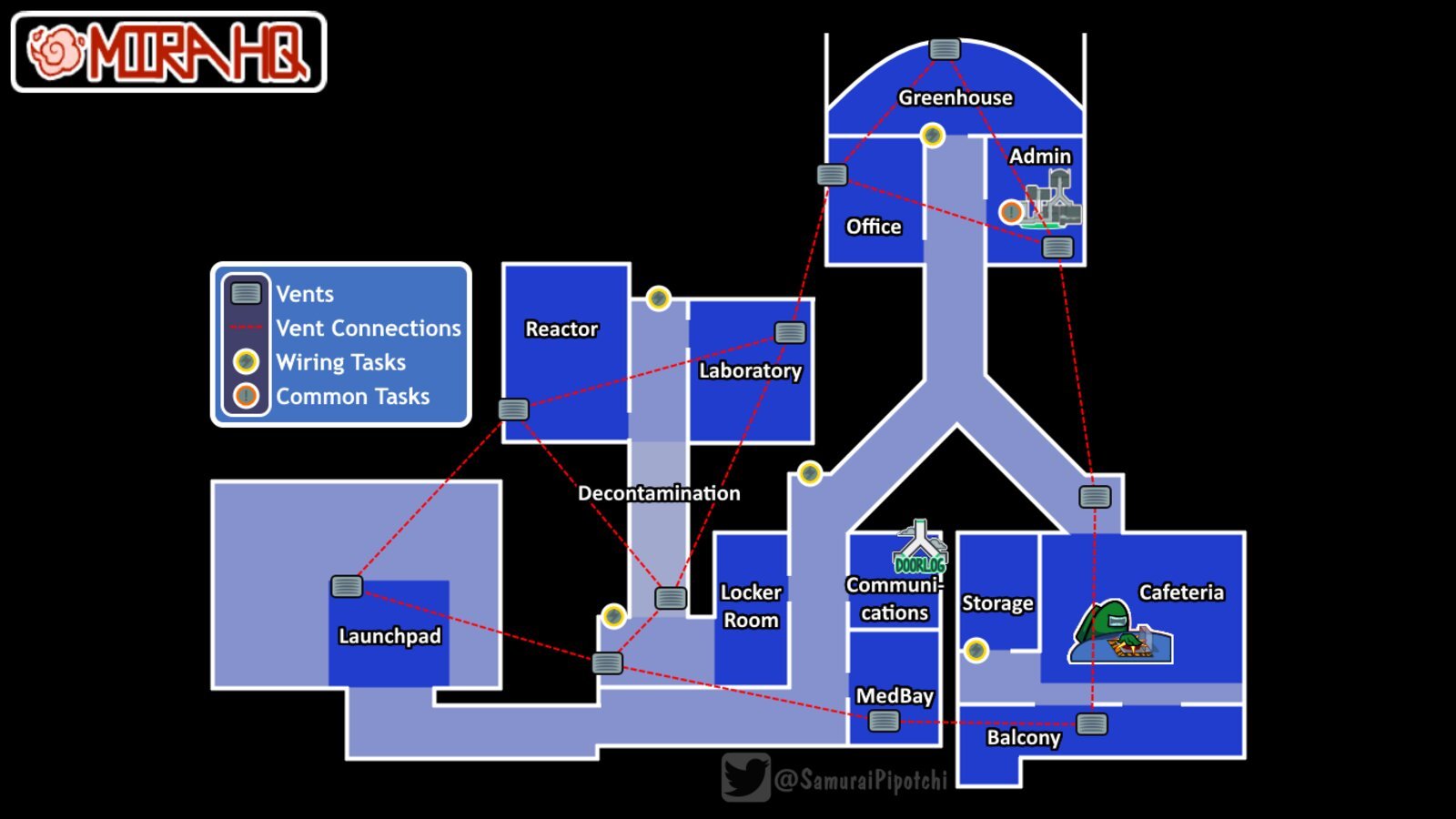 The MIRA HQ map is the most condensed one of the bunch. With twelve rooms, it’s best for crewmates to stick together to have the upper hand. The layout is much less straightforward than The Skeld.

MIRA HQ has a unique Doorlog feature in place of the traditional security camera. The Doorlog is located in the Communications room. The Doorlog keeps a record with up to twenty entries of players who pass by one of three sensors in the top right corridor. This function is less useful than security cameras, making MIRA HQ a simpler map for impostors.

Also an advantage for the impostor – the scan in MedBay is the only visual task in MIRA HQ. The Decontamination corridor is the danger zone of MIRA HQ because it closes temporarily when you enter. Cutting off your exit leads to a swift death when faced with an impostor. 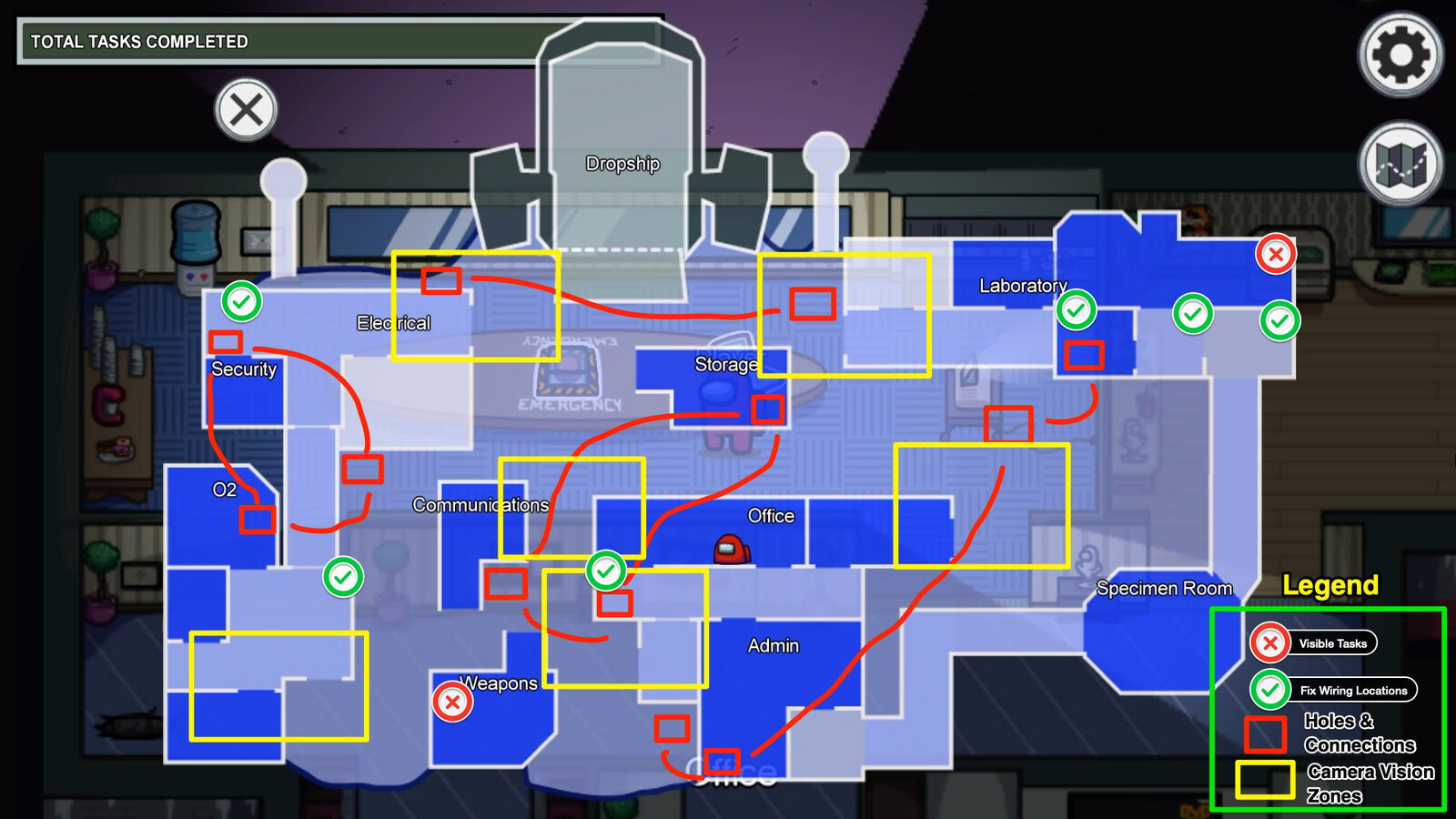 Polus has fifteen rooms with a large open courtyard in the center. There are two areas on the east & west side connected by corridors & rooms. With the large open center there are “loose rooms” planted that don’t directly connect through a hallway.

Impostors have twelve holes in the ground (vents) which are divided into four connected systems. Impostors can sabotage the crew in three locations and close doors all around. Watch out for the small decontamination room where doors temporarily lock you inside!

Polus has a unique feature called The Vitals which helps the players identify who is alive and who is gonzo. If you’re worried that your numbers are dwindling, head over to the right side Office to check. Polus also had security cameras like The Skeld but they’re a little more difficult to manage because you have to alternate between cameras set up around the map. 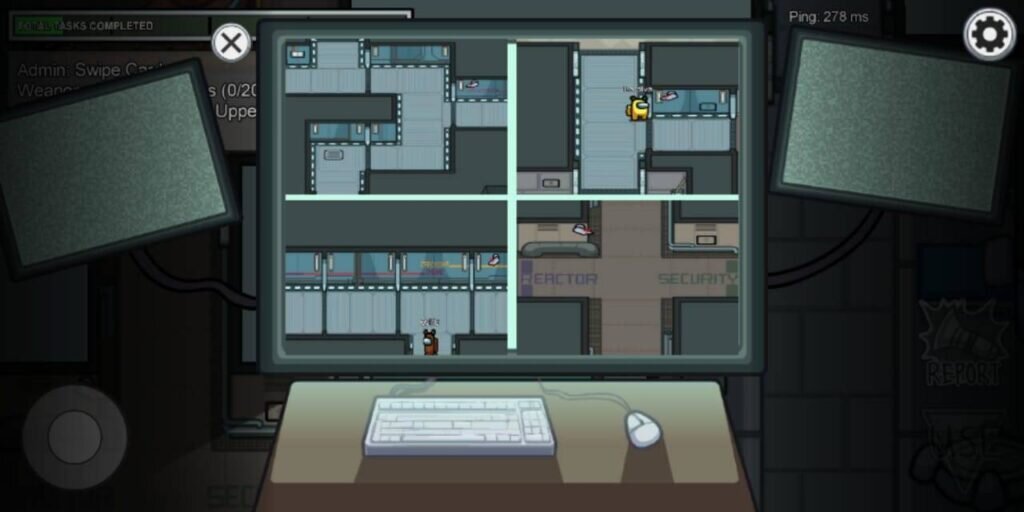 While learning the ins-and-outs of each particular map can help you immensely, it’s also a lot to keep track of – there’s definitely a learning curve. Luckily, there are some universal map elements you can keep in mind.

On all three maps, the Admin room is a valuable destination. The Admin room always connects the players to the map directly, providing some insight about where the other players are and where they’ve been.

For crewmates, you can use Admin to see where people are heading and who has been killed – you can even report dead bodies you find on security cameras. Admin is similarly helpful for the impostor because they can spot vulnerable crewmates just waiting to be targeted. 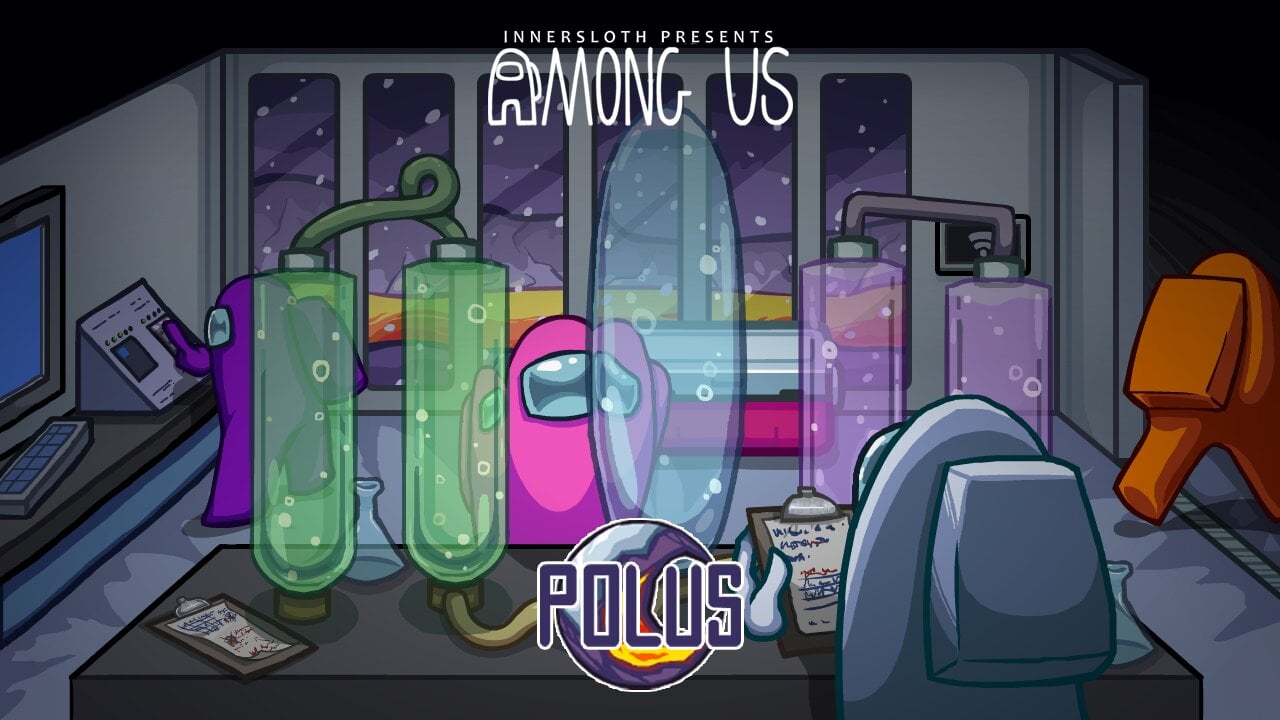 Lore behind the maps

Among Us isn’t an RPG with a gripping narrative to pull you along. However, if you look closely at the maps it appears there’s more lore to the game than people think. While you’re learning about the functionality of the maps, it might be fun to know a bit about their backstory. Believe it or not, there’s a reason you’re running doing maintenance work.

The MIRA HQ map is identified as the sky base. Therefore, it’s assumed that Among Us crewmembers are working for an organization called MIRA. The Skeld map, on the other hand, is a spaceship equipped with the facilities necessary for long-distance travel. Polus is actually a large, snowy alien planet – a foreign destination where the crew has likely landed.

Both MIRA & Polus maps have Laboratories where crewmates are often tasked with engaging in research activities. This implies that these places are preparing for another voyage – unlike The Skeld where it’s all about getting from point A to point B. The presence of Weapon rooms on these maps also implies that MIRA is aware of the danger to be encountered on missions.