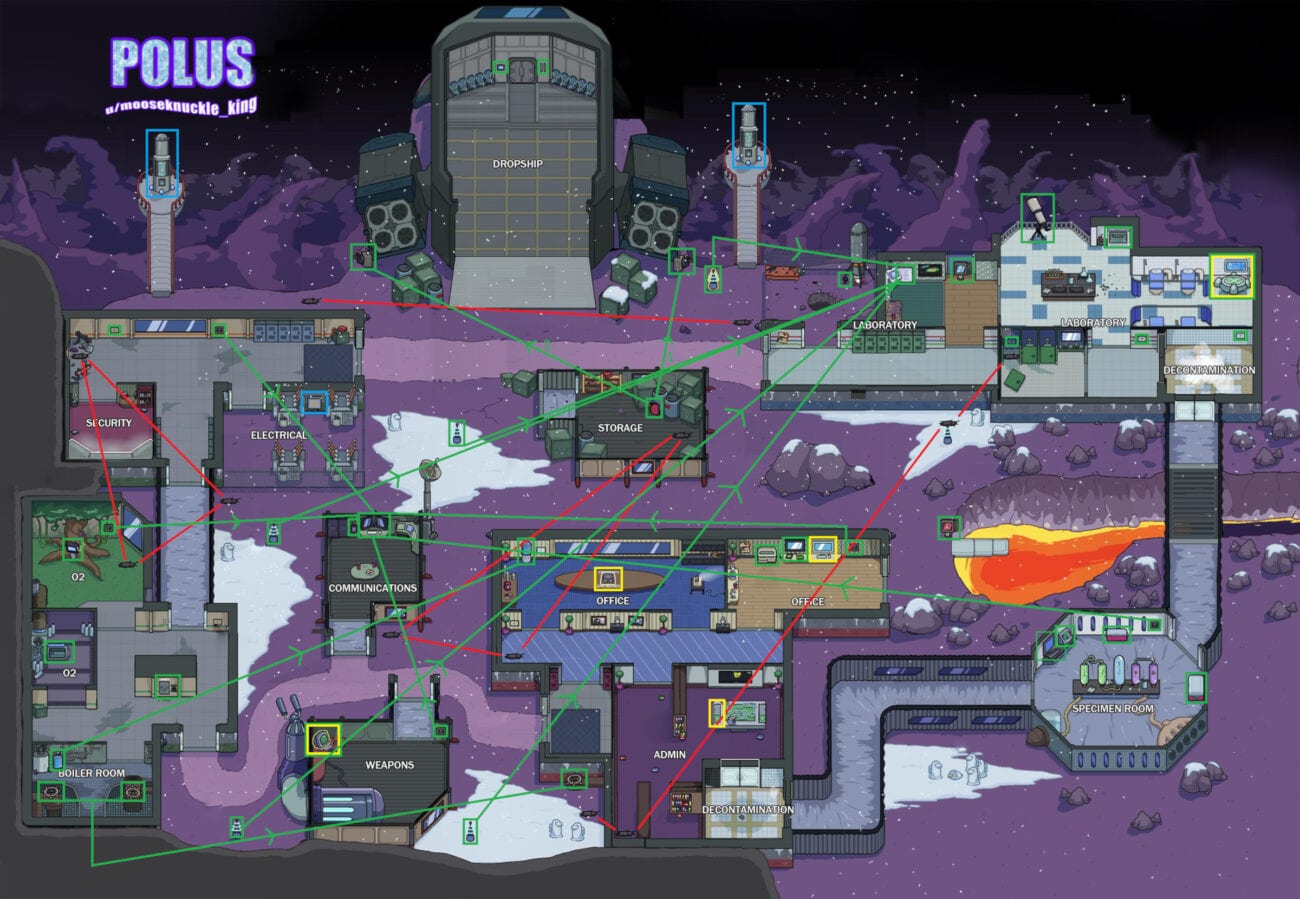 Are you looking for more tasks to do in Among Us? As a member of the crew, you need to do tasks to keep your mission afloat. On the other hand, if you’re the imposter, doing tasks (or pretending to) can keep you looking legit. After all, who’s going to say you’re acting sus when you were in electrical fixing the wires? Anyone?

The Polus map is possibly the best map to use when looking for a task to do in Among Us. For innocent crew members, it’s also supposedly far away from those imposters who will kill you without a second thought. (Is it, though?) Being the largest of the three main maps, Polus also gives you a ton of tasks to do.

Some tasks in Among Us are fun, some are boring – Polus is no exception. If you’re new to Among Us, here’s a look at the layout and all the tasks you can do to avoid being killed by the imposter – or if you are the imposter, avoid acting sus. 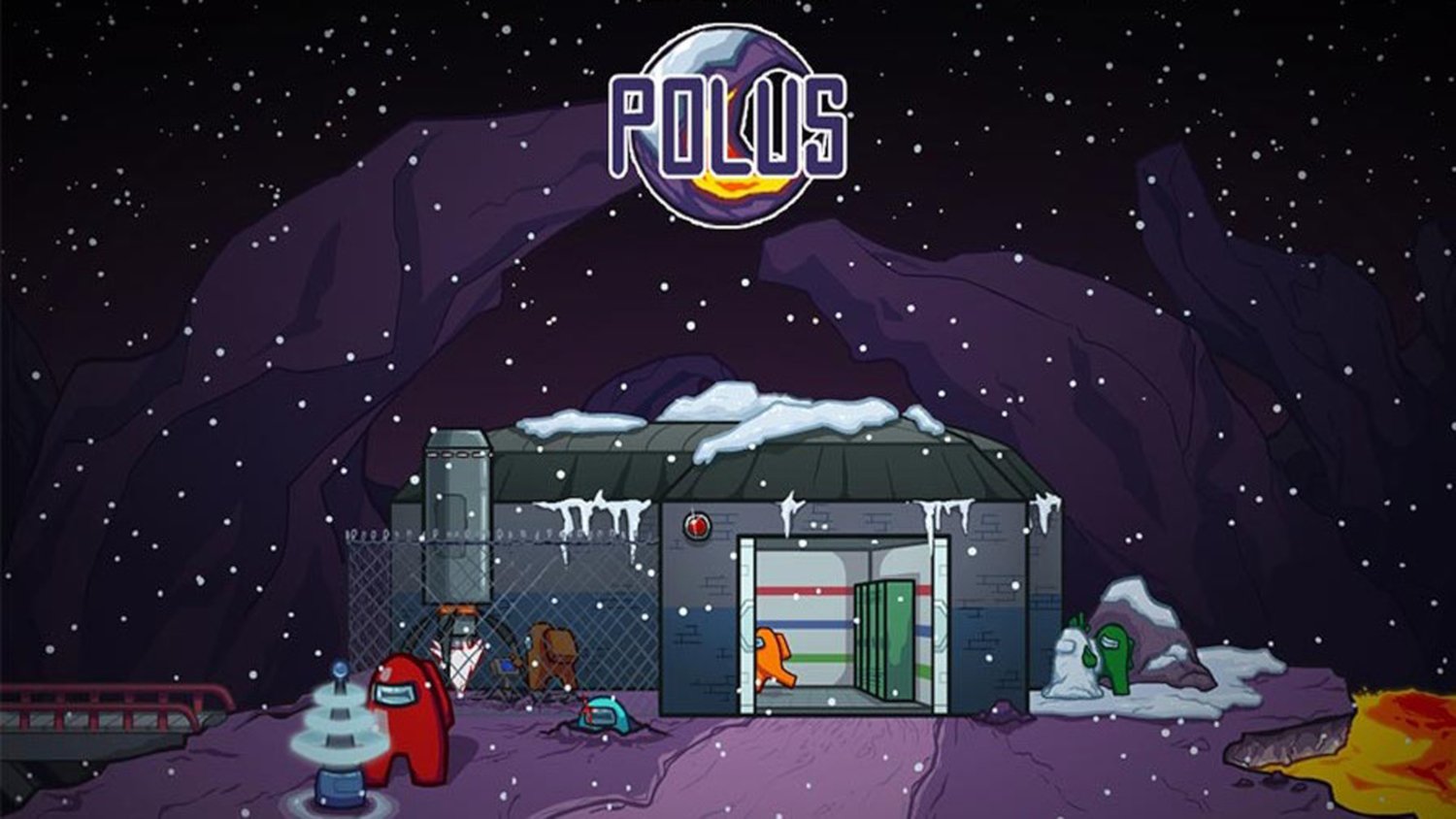 First, a word of warning. Polus is the largest area in Among Us. Thus, it’s only meant for big crews of at least eight to ten people. Due to the size of the area, it’s too big to man with less people than that.

Rather than being on a spaceship, Polus is a planet base with three main tents: the laboratory, the office, and electrical. The rest of the compound is outside. Due to the advertised frigid temperatures, you’ll probably need winter gear or a warming station (early reports say there will be three) otherwise you’ll freeze.

Polus is huge compared to the other two areas. The trailer says Polus is a cold planet with a hot core. Since the temperatures are extreme, your vitals are monitored at all times. Polus also comes with security cameras so you can review who’s been sus. 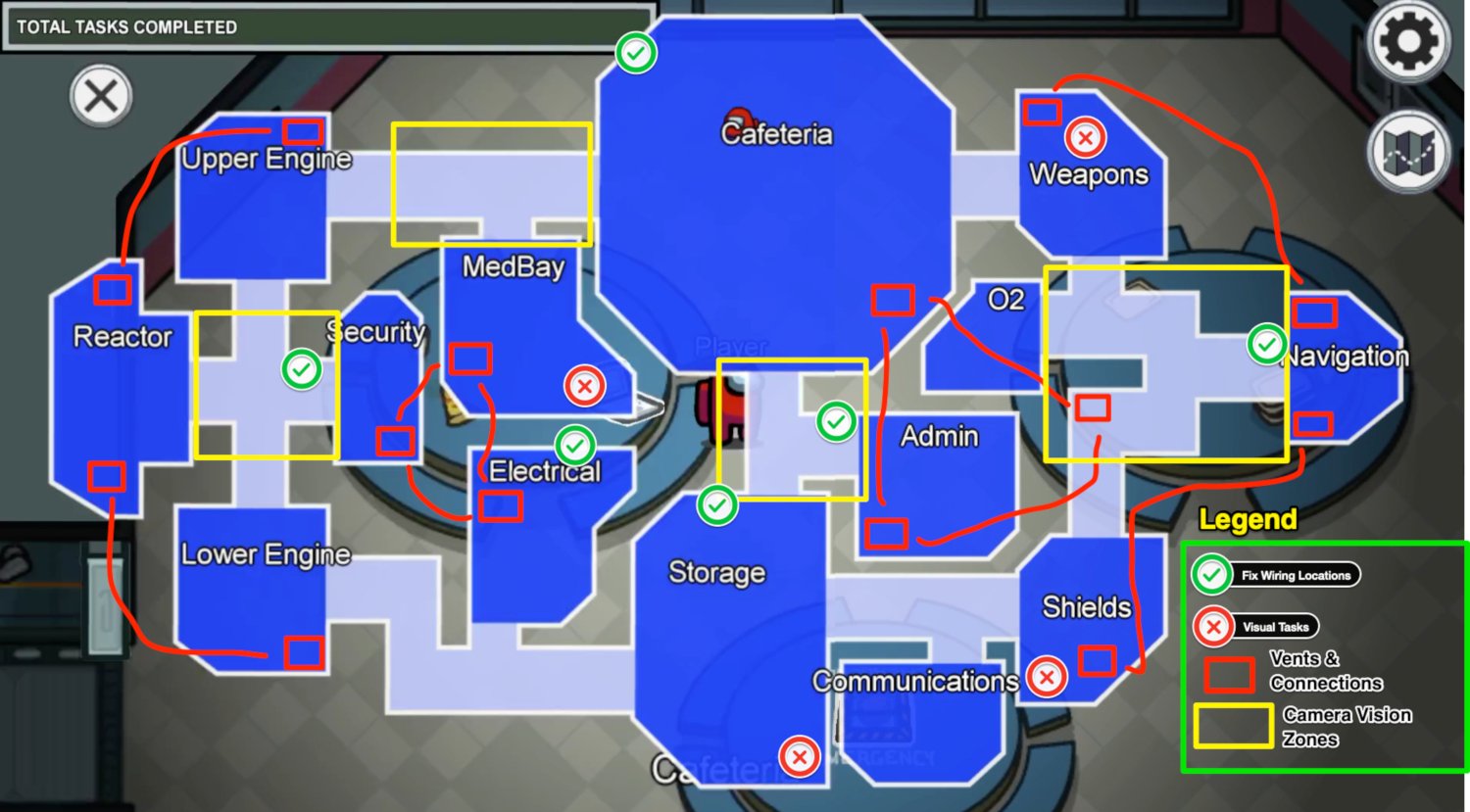 Polus also comes with twelve unique tasks and a different door opening system. The door system is especially apparent with decontamination rooms, which remain sealed for a few seconds when someone enters or exits.

To imposters, the rooms should be a dream come true. Since they’re sealed for a time, it’s a great way to make an escape after making a kill. Just make sure to not get caught on camera! For crew members, if you’re being chased by the imposter, the room is great to use as a quick getaway. 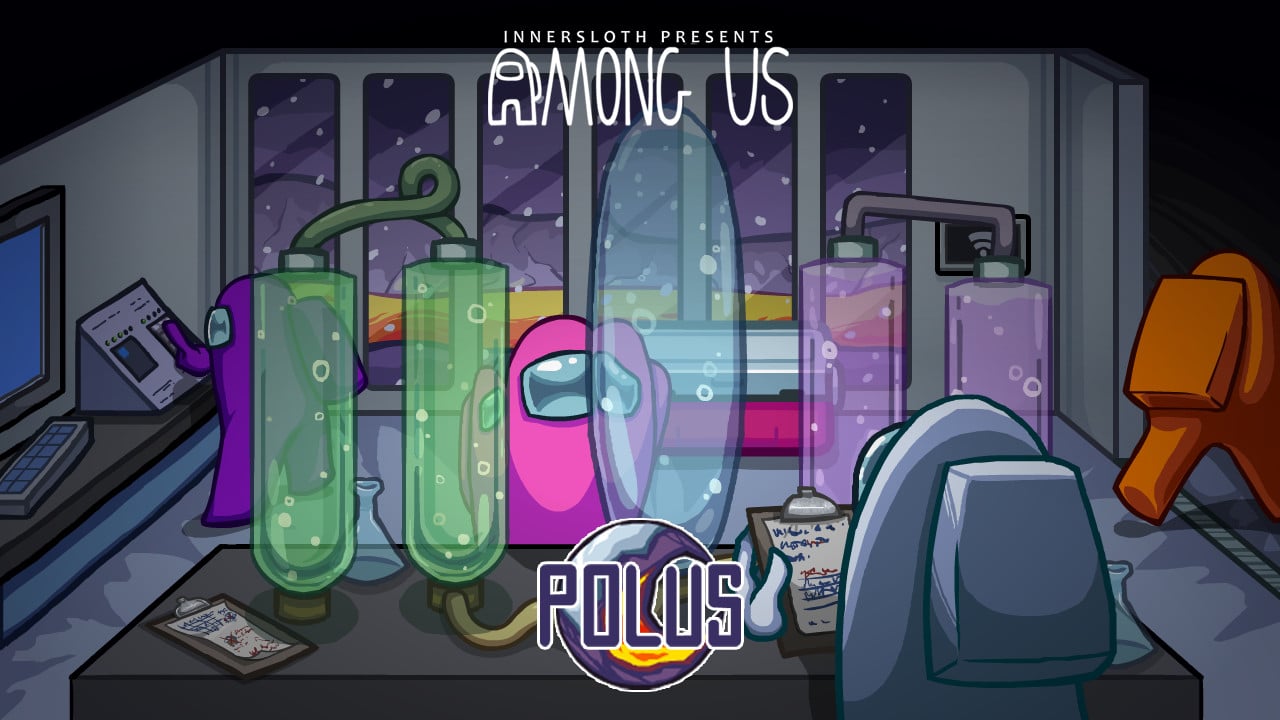 Since you’re on a planet rather than outer space, different tasks need to be implemented. There will be some old tasks, like electrical, but there are different jobs to do on Polus. There are some old favorites, like emptying the garbage, but the planet specific ones look fun.

First, the most fun sounding task has to be clearing asteroids. This one sounds fun because you shoot at stuff. As an asteroid floats past your screen, click on it and watch it go boom! You can also chart planetary courses for spaceships to follow. However, if you mess up, you have to start all over again. 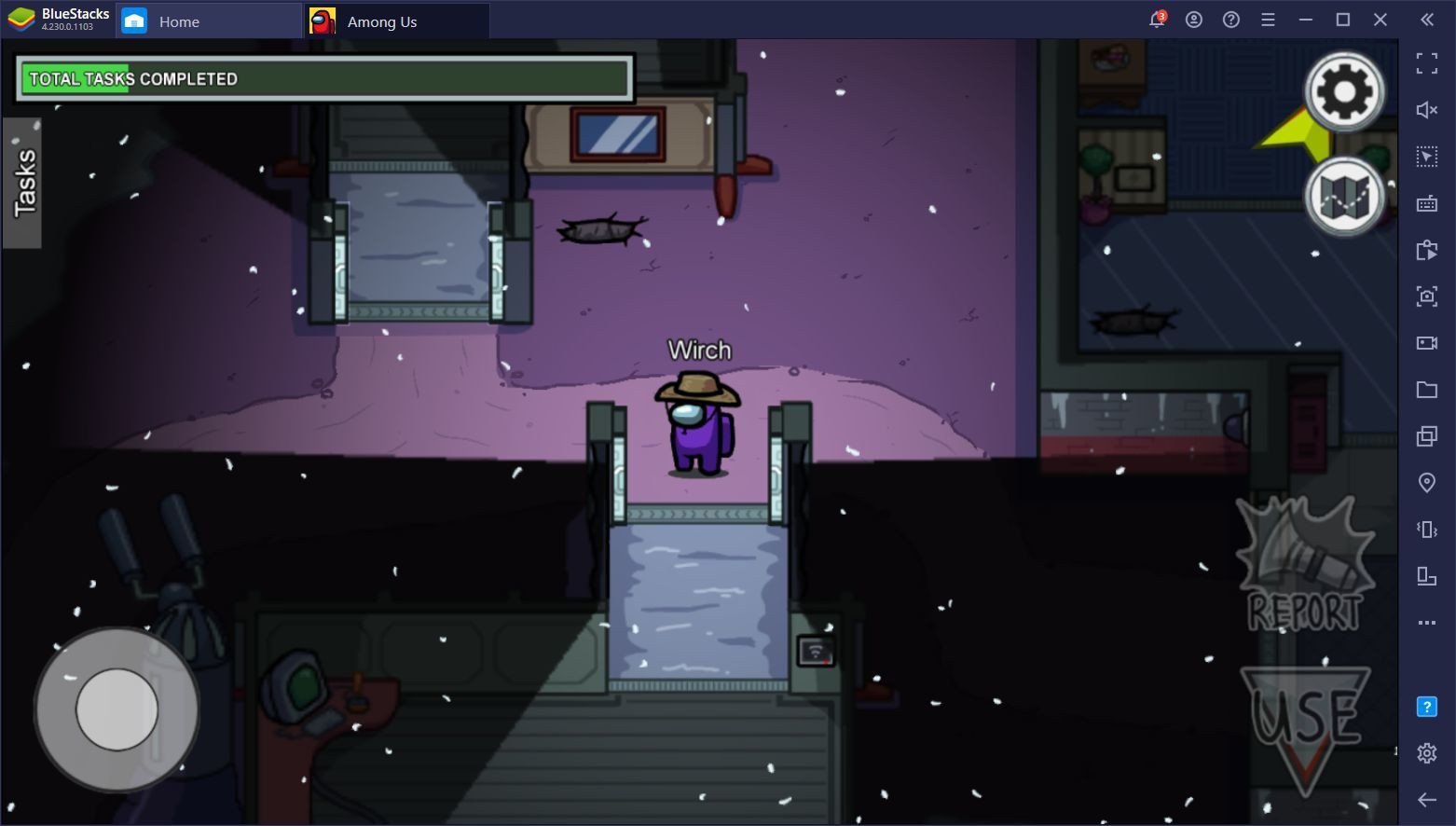 There are a couple tasks to go along with the planet concept. First, since everyone’s vitals are being recorded, you need to keep track of the numbers at different intervals. This could be a good way to discover if someone died. However, since you have to stand at the monitor for a while, and there’s a vent in the room, the task can make you a sitting duck for an imposter.

It’s the same with recording temperature. Take too long, and you’ll find yourself easy pickings for an imposter. Conversely, if you are the imposter, we have a better strategy to keep you alive than just offing the guy at the monitoring station. You can follow someone in this room and stay with them. Then, when someone discovers the body of the crew member you killed, you can say you were with so-and-so at the monitor.