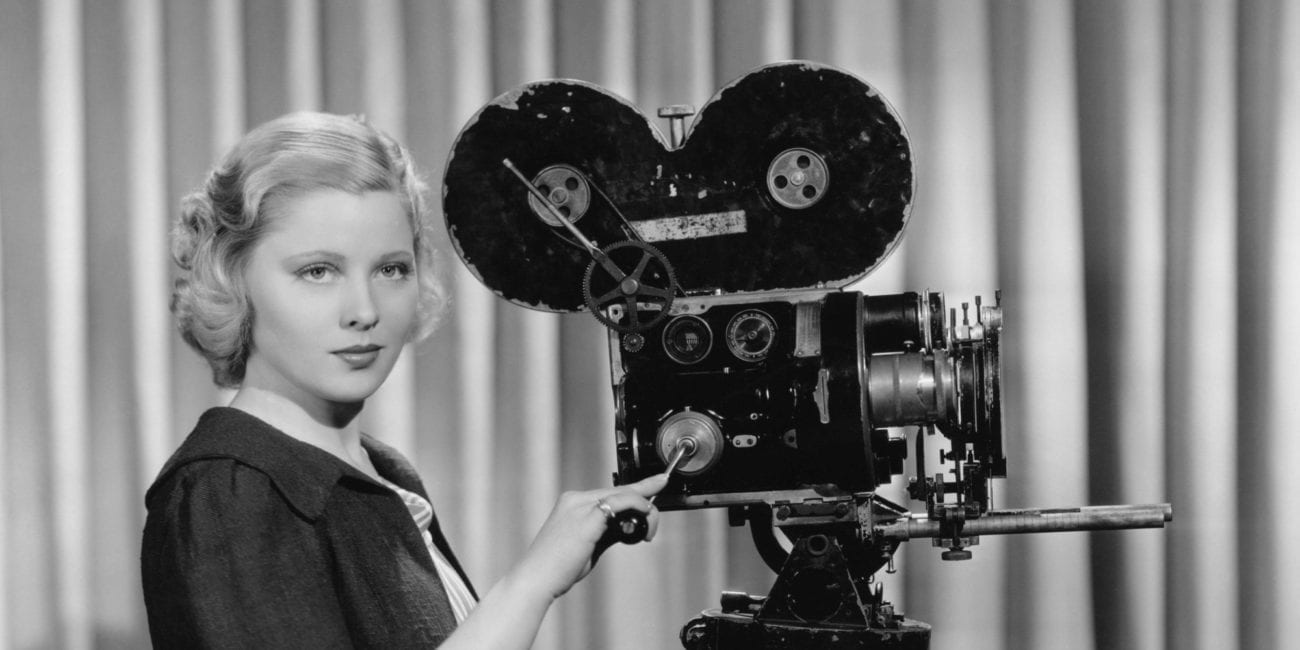 Calling all female filmmakers: Apply for these grants today

It’s not easy being an indie filmmaker and one of the most difficult parts of the process is raising enough cash to make your project. While you could go down the crowdfunding route, this is easier said than done and not often suffice to raise the tens of thousands of dollars needed to create a feature or short film. Luckily, there are numerous initiatives out there offering funding for female filmmakers, and as the industry turns its focus towards getting more women behind the camera, the number of initiatives continues to grow. If you’re a female filmmaker in need of some funding, below you’ll find details on the best grants for women looking to fund their on-screen projects.

The Women In Film Finishing Fund offers grants to filmmakers working in both short and long formats in all genres — narrative, documentary, animated, and experimental. All you need to do to apply for the Finishing Fund is to have completed 90% of the principal photography of your film and have a rough cut at the time of application. The project is funded by Stella Artois, which hands out four $25,000 grants for fiction and documentary films that inspire social change. If this sounds like a bit of you, apply today. And if you’re film’s not ready for the 2018 cut off, don’t fret – there’s always next year!

At this year’s Cannes Film Festival – where there was a notable focus on women in film as the festival entered the post-Weinstein era – Queen Latifah (Chicago) announced a partnership with P&G for the launch of this initiative designed to promote racial and gender equality behind the camera by funding films from female directors. The Queen Collective’s goal is to fund and distribute the work of female filmmakers in TV, film, and commercials and will work with brands like HP and Smirnoff and companies including United Talent Agency Marketing and Tribeca Studios to raise funding for these projects. The only downside is it’s early days, meaning there are no specifics at the time of writing. However, with the talents of Latifah and such big-name brands on board, no doubt The Queen Collective will be taking on a slew of female talent in no time at all. Watch this space!

Although the submission deadline for the 2019 Chicken & Egg Pictures Accelerator Lab has been and gone, that’s not to say you shouldn’t be an early bird with your application for the next round. The Accelerator Lab is focused on identifying and supporting female nonfiction directors working on their first or second feature-length documentary. This year it is selecting ten directors who will receive $35,000 in grant funding for the production of their film, monthly mentorship with members of Chicken & Egg Pictures’s senior creative team, three creative retreats focused on career sustainability and creative development, industry meetings at a major documentary film festival, and peer support from the Accelerator Lab cohort. So if you’re a budding or established female doc filmmaker, get to planning and be sure to apply for the next round!

In association with the Tribeca Film Institute, the Gucci Tribeca Documentary Fund provides finishing funds to filmmakers creating feature-length documentaries which highlight and humanize issues of social importance from around the world. According to No Film School, the fund supports four to ten feature-length documentaries with between $10,000 to $25,000. This year, several additional grants will be provided for docs about extraordinary women.

American Documentary (AmDoc) has announced the launch of an innovative new program called the Artist Emergency Fund, “aimed at providing emergency financial assistance to filmmakers facing unexpected and substantial personal, health, or property needs or losses including those caused by accidents or natural disasters.” So if you live in America, you’re lumped with an unexpected medical, and you have produced and / or directed at least one nonfiction project that has been publicly exhibited, you can apply for a one-time award of up to $1,000. Justine Nagan – executive producer and executive director of AmDoc – announced: “Our aim is to make AmDoc as supportive to filmmakers as possible, while also helping build a more inclusive industry that supports the most vulnerable among us . . . This is a first step towards greater sustainability for professional filmmakers.”

For aspiring female filmmakers in the UK, Bumble recently announced the launch of its Female Film Force – a new grant scheme for aspiring female filmmakers. In partnership with Women in Film & TV, the initiative will give five applicants in the UK and Ireland a £20,000 grant to make their own shorts which must have a focus on female empowerment, equality, and kindness. In addition to the funding, the selected filmmakers will receive guidance and bespoke mentoring over the production period. To apply, go to the Bumble Bizz or Bumble BFF app and match with the in-app card which will link you through to an online application where you will be prompted to outline who you are. Detail any relevant experience and provide a summary of concept for your female focused film and cross those damn fingers in the hope that your movie gets selected. Good luck!

Women’s Fund for Film and Theatre

Back in April, the New York City Mayor’s Office and the Mayor’s Office of Media and Entertainment revealed a new $5 million grant program for film and theater projects by, for, or about women with an aim to target the underrepresentation of women in the entertainment industries. “It’s incredibly discouraging that while women comprise 52% of the city’s population, less than 10% of the top grossing films are directed by women,” declared MOME Commissioner Julie Menin. “I hope that our efforts pave the way for others to follow suit, and look forward to seeing these initiatives make a substantive impact on filmed entertainment in New York City.” Although submission dates for the grants have not yet been announced, any of you talented gals who are interested can sign up for information updates at the MOME website.