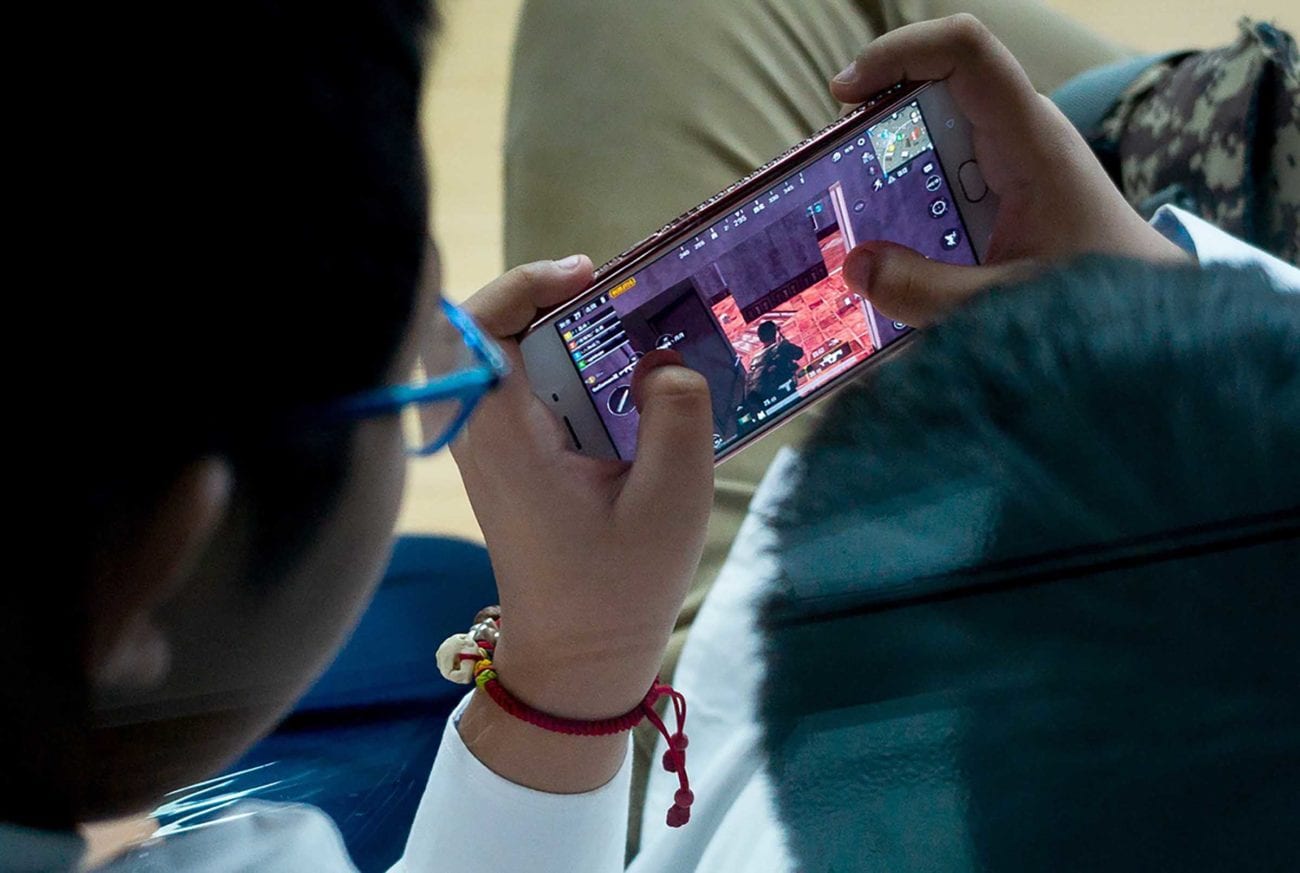 Currently, we’re all looking for ways to occupy all this free time at home in front of us. From working out with free instruction on the web to giving streaming services a huge boost, the quarantine has proven that the internet and other technology is here to stay more than over.

With hangouts on platforms such as Zoom and Jitsi becoming a more popular way to get some needed social interaction, we also need something to do with our friends. This is where we turn to video games to occupy our time and maybe hang out along the way. While not everyone wants to shell out the cash, there are plenty of ways to play free casino games with friends. Here are some of our favorites. 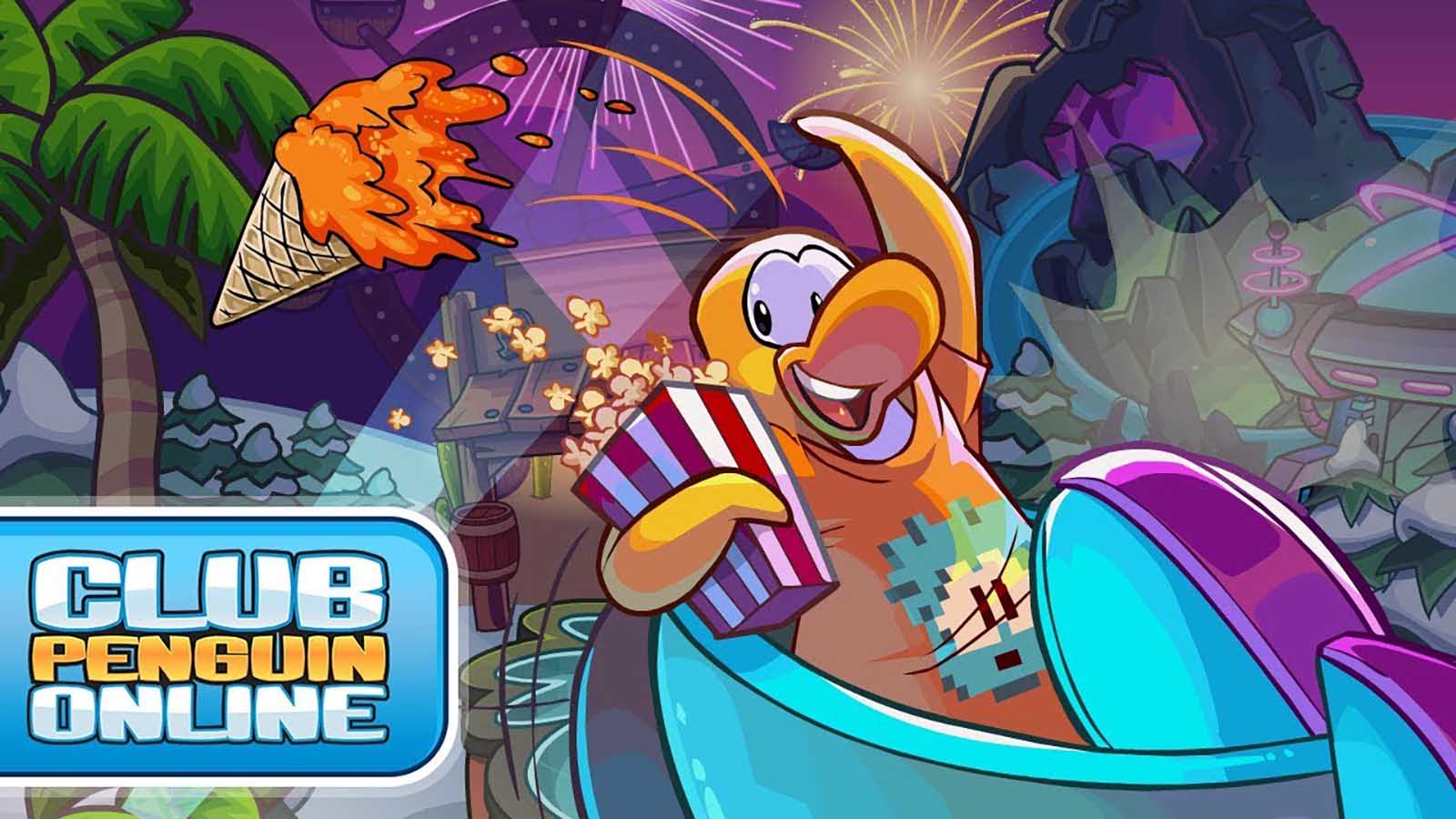 When the Disney online game went down in 2017, quickly fans put together Club Penguin Rewritten. But then some smarter fans made another version that keeps all the aspects that were only meant for paid members, and made it free for everyone. If you want to live the nostalgia of trying to flip the iceberg and collecting every color Puffle, play Club Penguin Online instead. 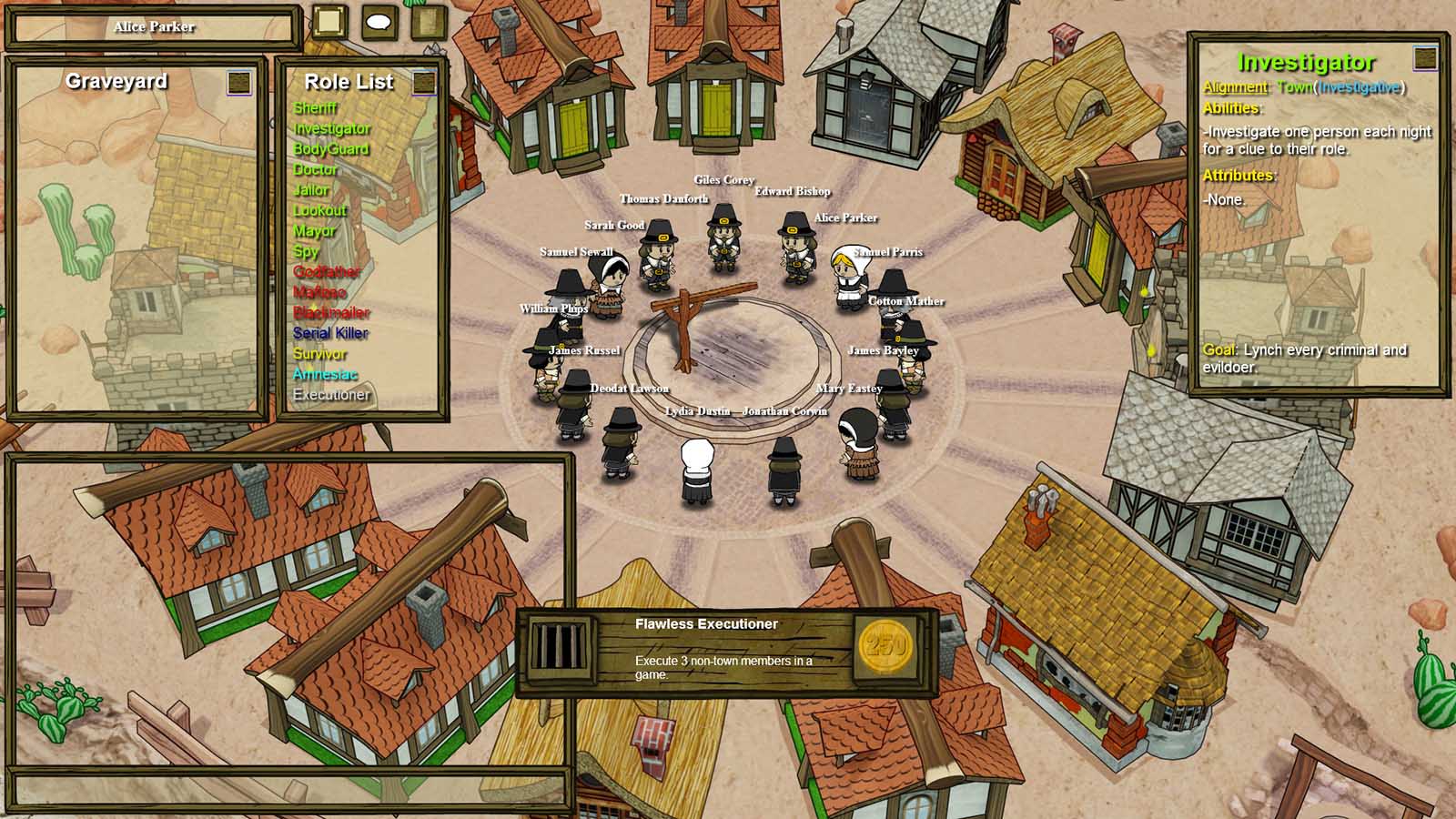 Everyone and their mother has played Mafia or Werewolf at someone’s party in the past. The good old-fashioned game of deception has gotten an online update with Town of Salem. If you want to get angry at your friends for being good liars and break all the trust you had, we highly recommend you dive in. But keep in mind how much more Mafia ruins friendships than Monopoly. 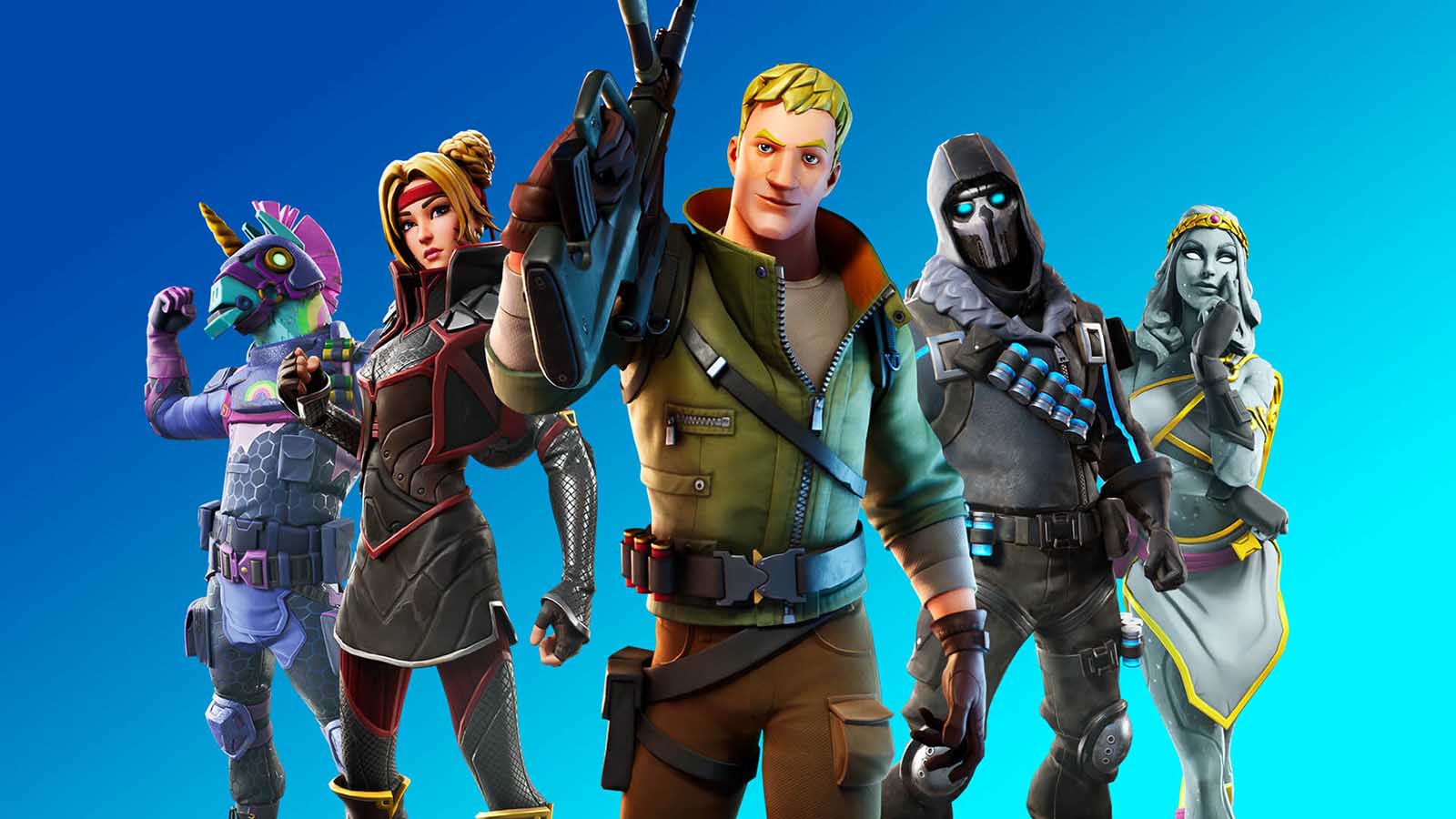 The base game is still free, and you can just lock you and your friends in a private match instead of dealing with cheating 12 year olds. Besides, there’s more creative modes you can play in the first person shooter than just shooting each other. 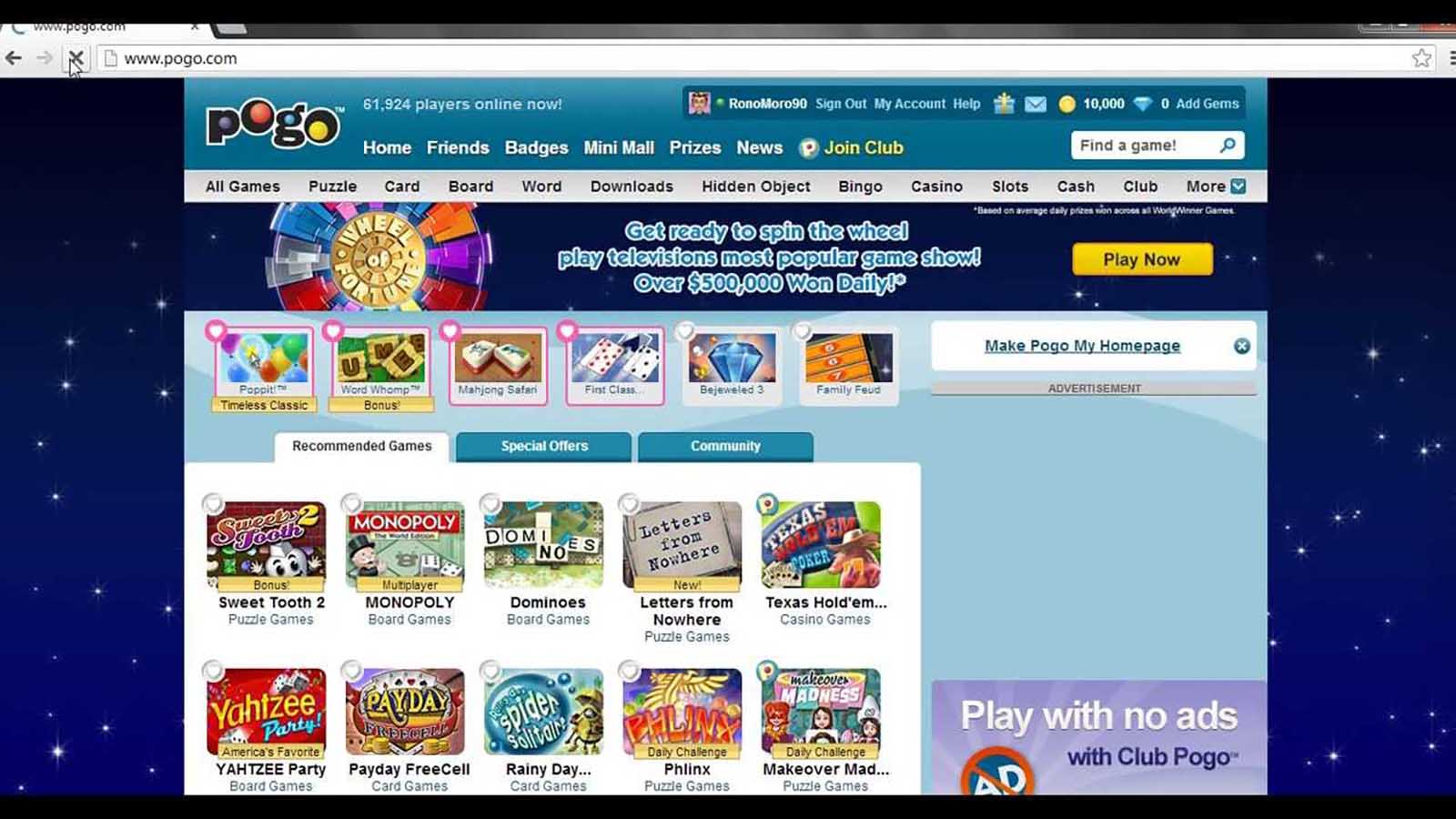 If you and your friends like your games a lot more casual and puzzle based, then Pogo has several options for you. The new revamped version still has classics like Word Whomp and Poppit for solo play, but there’s plenty of card and board games you can play your friends in, whether it be Canasta, Hearts, Lottso Express, or even good ol’ fashion Scrabble. 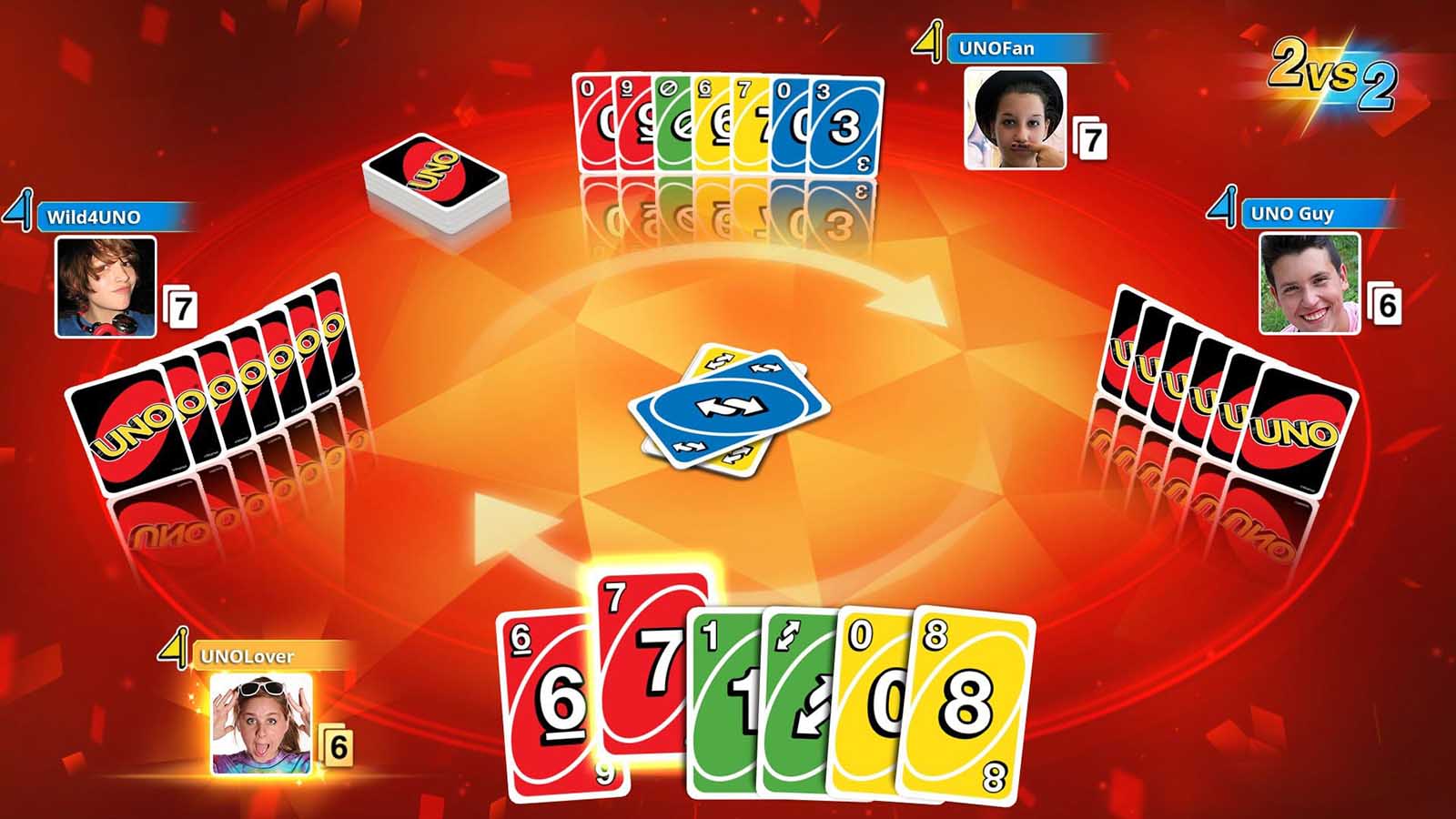 Prove you really hate your friends and make them play the online version of the torturous card game​ on Poki. ​Of course, you can customize the rules so everyone’s BS house rules can still be included and used. Did we mention how much we hate Uno?

This game is definitely not just Cards Against Humanity online. It’s a completely unique game that just happens to have the same rules, look, and same cards as a normal Cards Against Humanity deck. It’s still a little buggy, but overall, the website works great if you’re in the mood for the offensive card game classic. 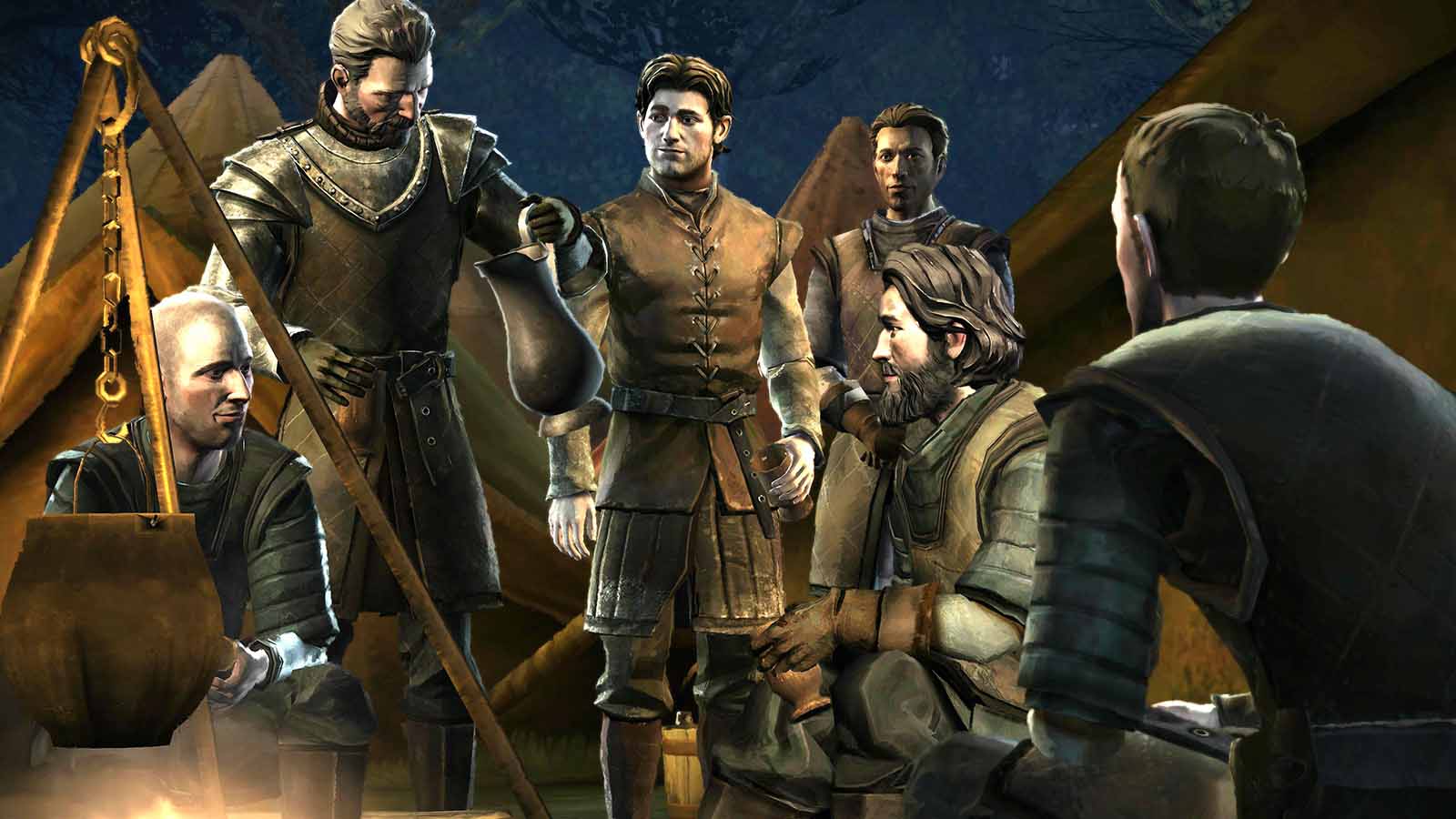 Telltale has produced some truly unique games set in the worlds of The Walking Dead, Fables, Batman, and more. If you’re missing the world of Westeros or Game of Thrones when it was good, then now is the time to check out the Game of Thrones Telltale series. What Telltale lacks in the awe-inspiring graphics and visuals of the television series, it more than makes up for in story.

You are the member of the Forrester family, sort of the game’s version of the Starks. As the storyline progresses and you go through each episode, you find yourself in the middle of the action-packed drama that made Game of Thrones so amazing. Plus the controls are truly excellent to use. 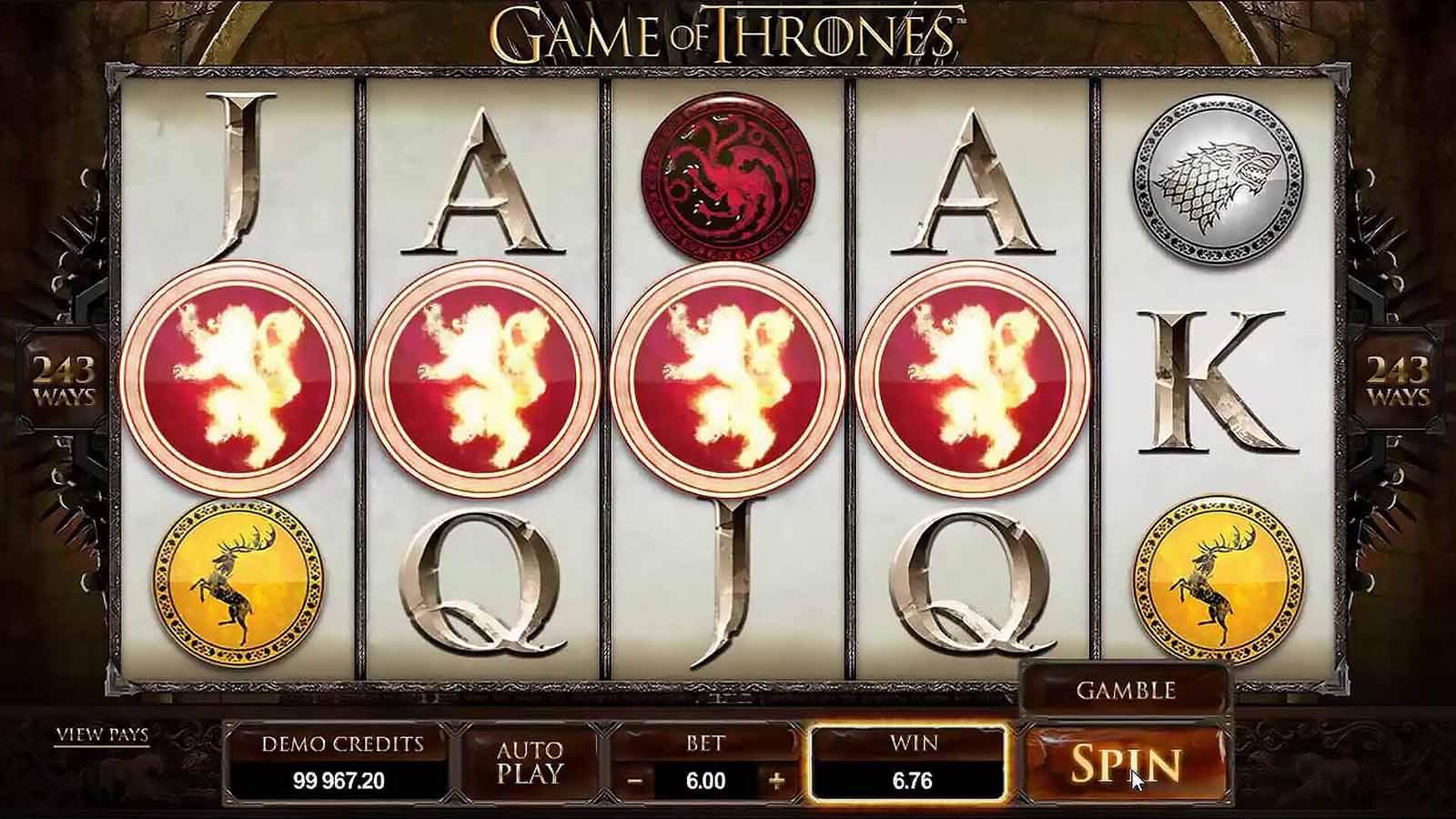 Want something a little more recognizable to Game of Thrones? This version is definitely a little less taxing on your brain. Rather than Microgaming’s Game of Thrones offering being deep into lore, it’s a slot game. You can play for free or try to make some real cash online on Casinoviking.com. If you’re in the UK, then you can get a guide for new casinos in the area.

Slots, not your thing? Be sure to check out the offerings because there is plenty more to do, especially if you want to make some cash. 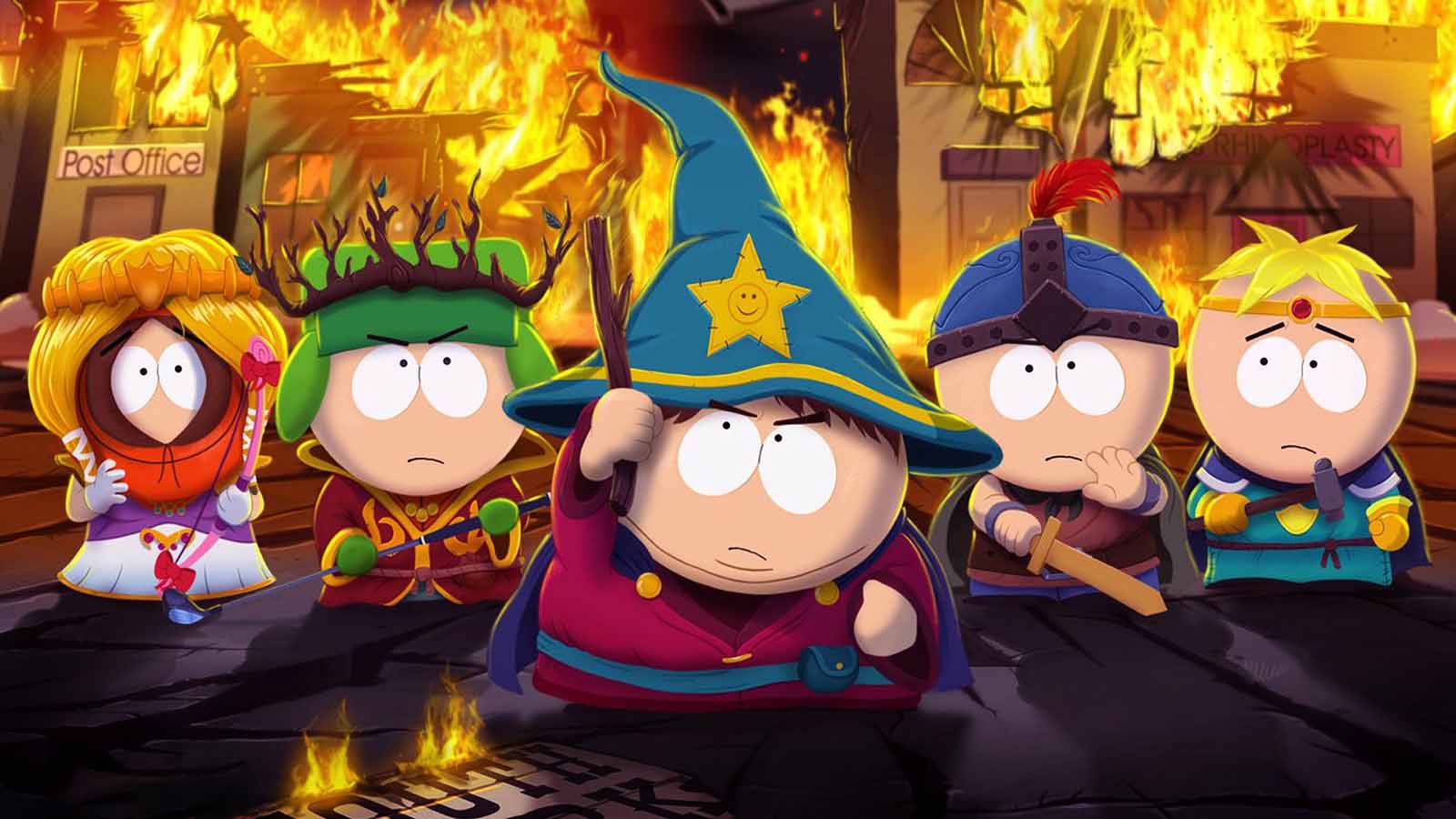 Come on down to South Park and meet some friends of ours in this game that’s been up and running for six years. Starting in 2014, South Park: The Stick of Truth remains ever funny and faithful to everyone’s favorite politically incorrect animated television series. Following the group of Stan, Eric, Cartman, and Kenny, you lead them around the town of South Park on an adventure with costumes and collectibles to match.

As we all know, it’s not always sunny in this particular Colorado town. Clashes will happen, more often with Cartman than not. At the center of it is the Stick of Truth, which people believe will give them power over the universe. Sure. Why not.

It’s one of the funnier games that you’ll play in 2020. While it’s probably not the best or most challenging game in the world, it will make you chuckle and is a must for all fans of South Park. 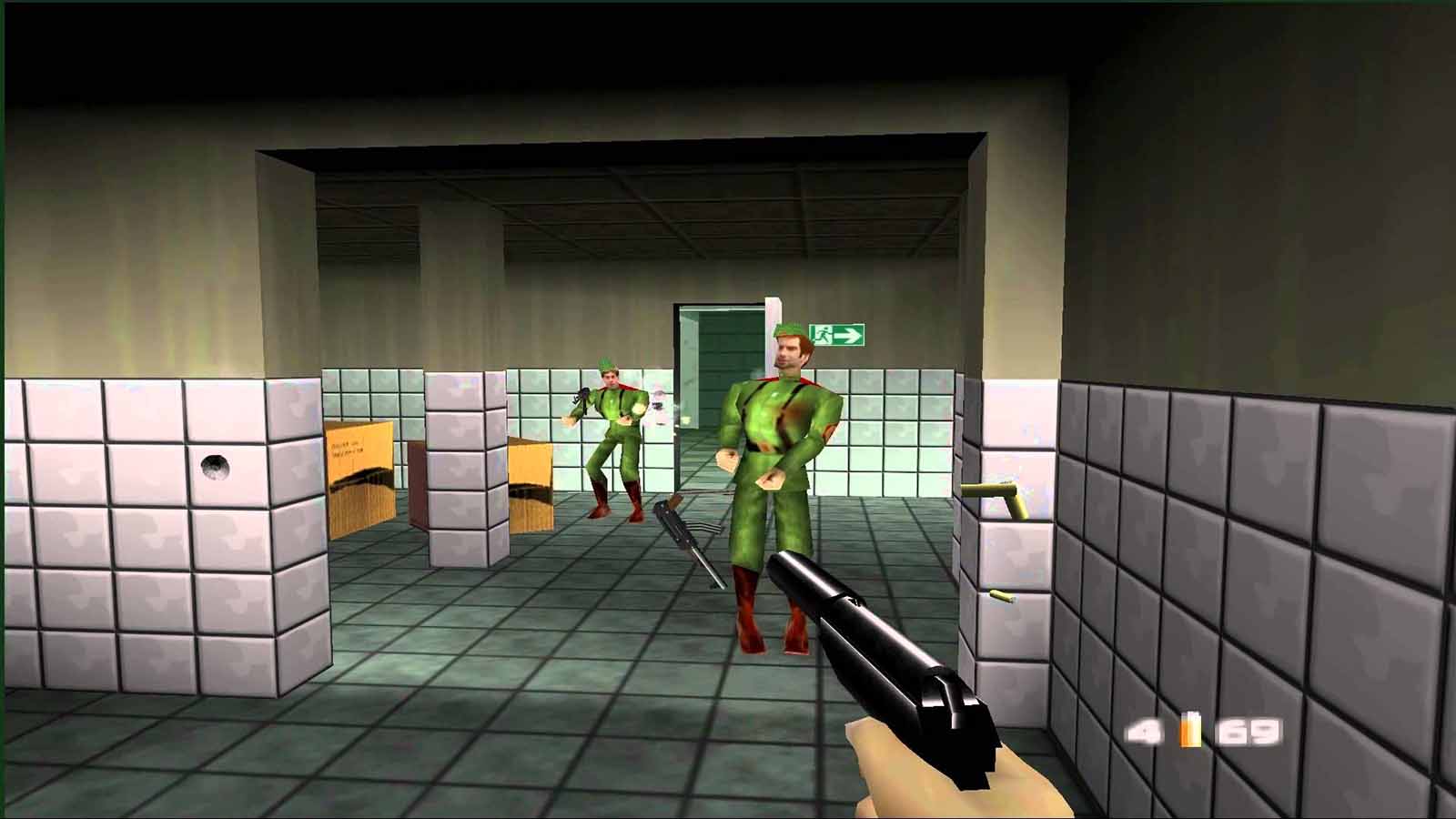 James Bond video games are numerous, but none are quite as good as GoldenEye. It’s safe to say that this game is probably one of the best in the last decade with a focus on mission completion over all the action all of the time. Sure, you’ll get to shoot at bad guys. More importantly, however, you’ll need to be able to think your way out of a variety of situations.

GoldenEye was so good that it inspired a couple of spinoffs such as a slot machine. If you’re curious about that, then be sure to check out Latvian casinos on Lamiz Kazino to see where you can play it. Many of these sites are offering some pretty lucrative rewards for new players to sweeten the pot. 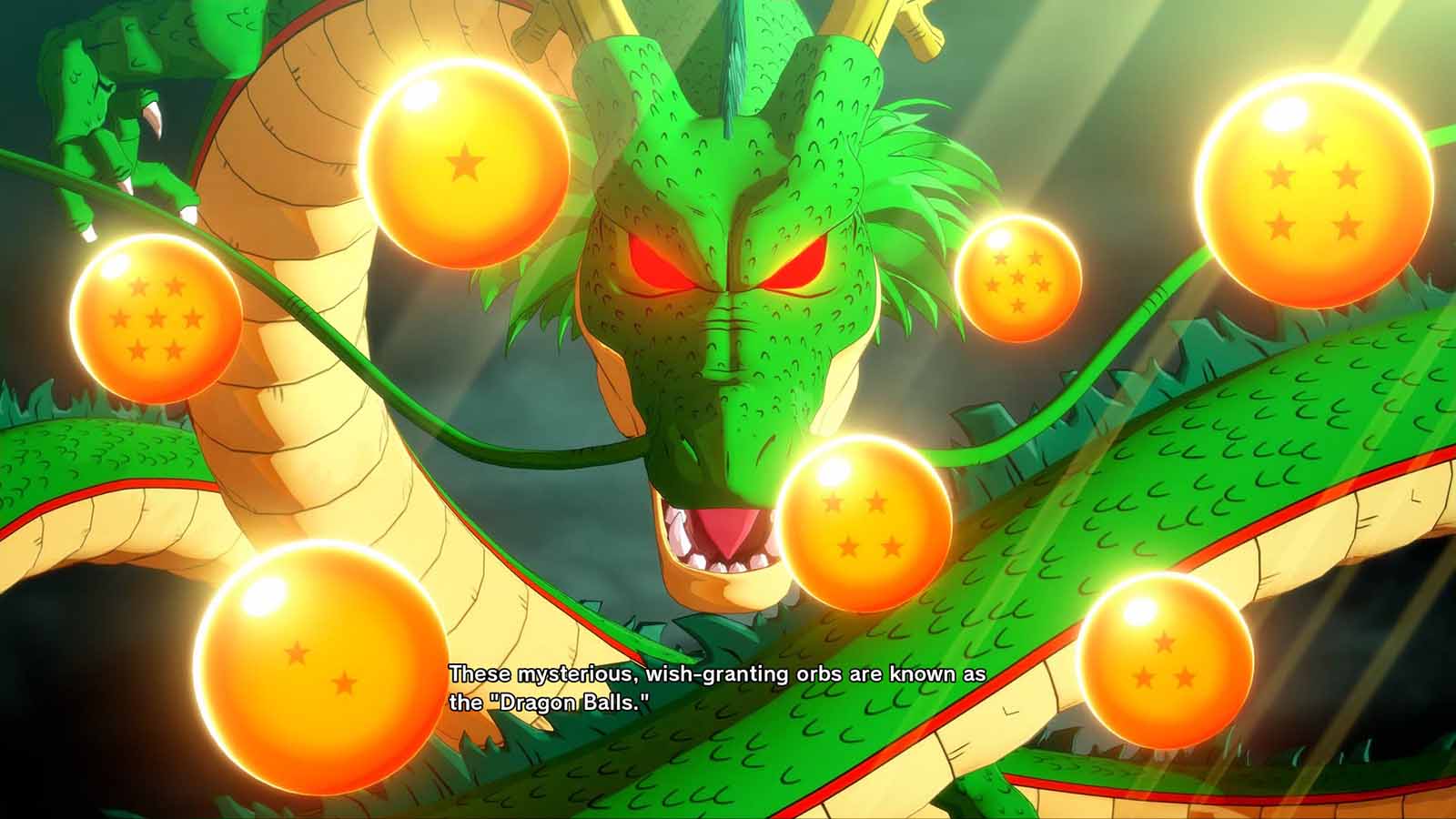 If you watched anime in the 90s or the early 00s, then chances are you watched a little bit of DBZ. Now, if you’re looking to nostalgia to escape the world, then dive back in with Dragon Ball Z: Kakarot. Playtime is about 33 hours and takes place post-DBZ. If you’re new to the world of games based on anime, then be relieved as the mechanics are easy for people dipping their toes in.

If you’re not fighting some awesome villains in Dragon Ball Z: Kakarot, then you’re exploring a well-thought out and gorgeous world that is fully realized and true to the series. Be sure to explore everything, including the side missions, and just enjoy the ride. 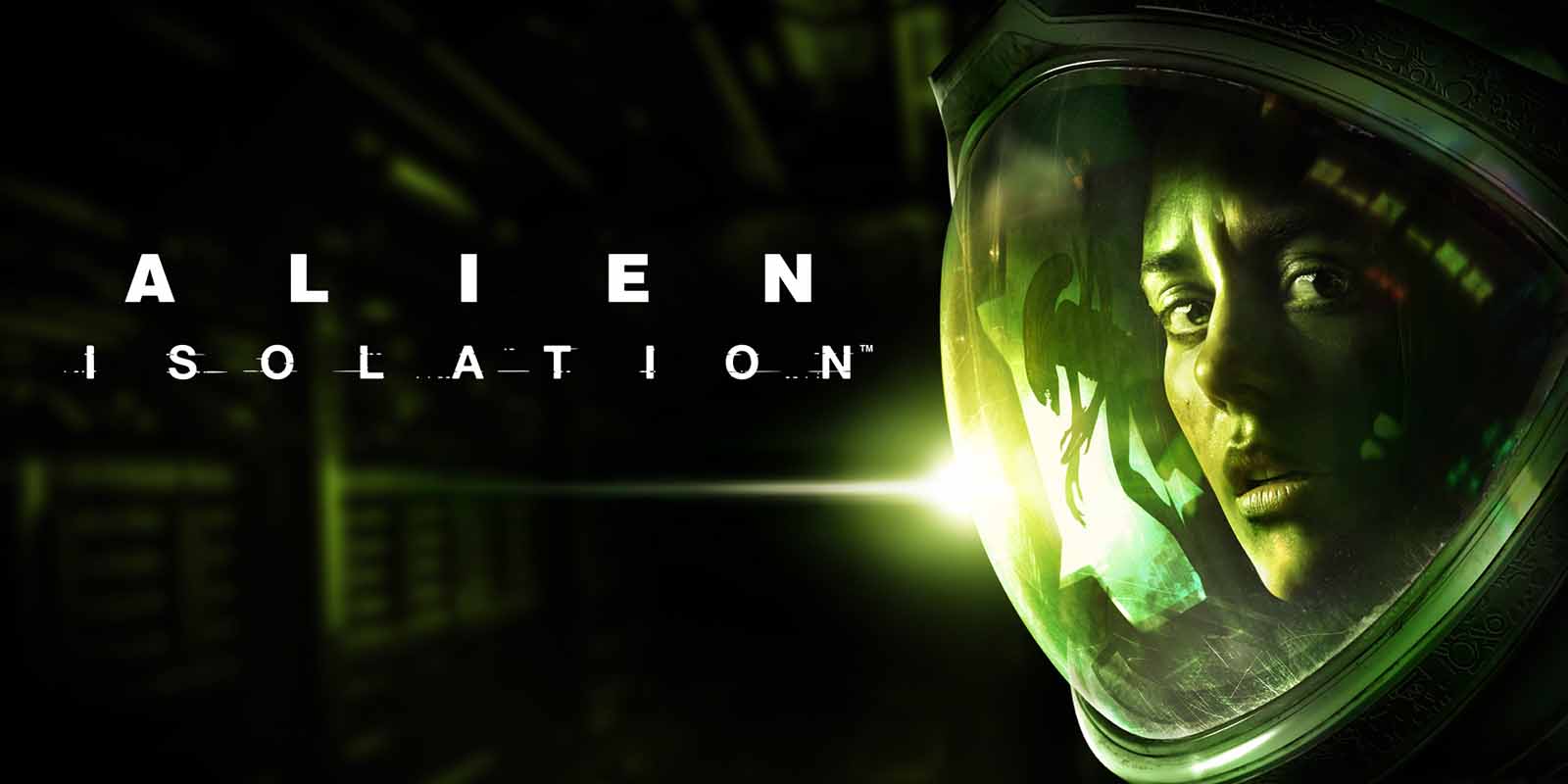 Sega has brought us some classic characters over the years, such as Sonic the Hedgehog. With this entry, we’re going a little darker and atmospheric into the world of Ridley Scott’s Alien. This survival horror game pits just you against, well, an Alien on an empty ship that wants to see you did. So if you ever want to live out your Ripley (Sigourney Weaver) fantasies? Now is the perfect time to do so.

With the AI determining when the alien will attack, you’ll never have the same encounter twice within the world of the game. Right now, you’re far more focused on just surviving and matching wits with a creature that is all too invincible. Atmospheric and promising some real scares, Alien: Isolation is perfect to play in quarantine. You can watch Alien now with Amazon Prime. 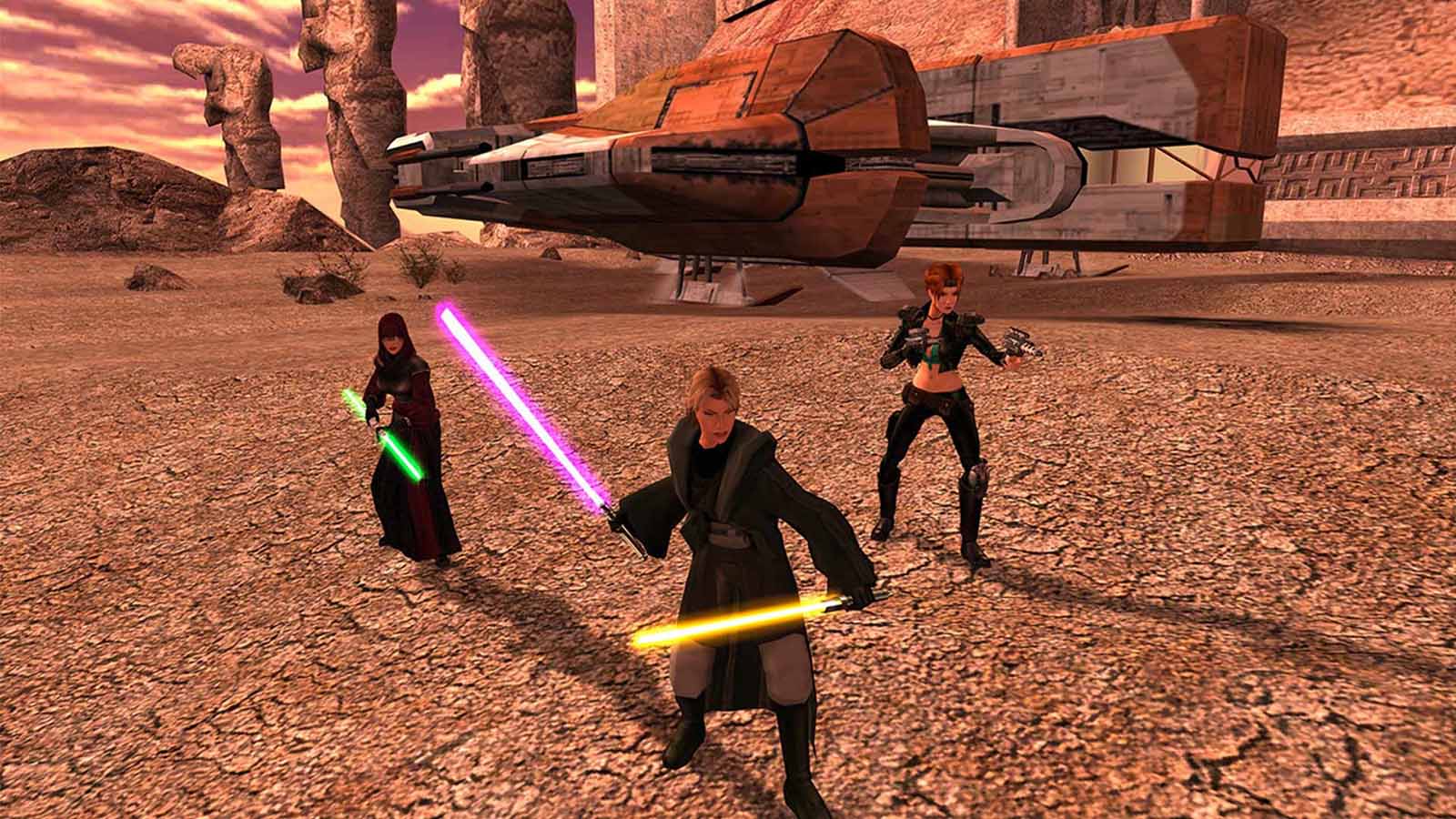 You wake up with no memory on a Republic starship in the middle of an attack. Jumping in to help, the adventure follows you as you piece together your past. Along the way, your decisions have an effect on the powers you get and the path you’re on. So Light side or Dark side, there is a choice that you must make. What makes this game excellent is playing through again and again to see what side is right for you.

If you want to nail quarantine then Life the Game – Stay Safe on Poki has some great tips for you. “Play safe, stay safe! This version of Life the Game was created to inform players on some of the things we can do to stay safe during these difficult times – keeping distance, washing hands and managing fever. 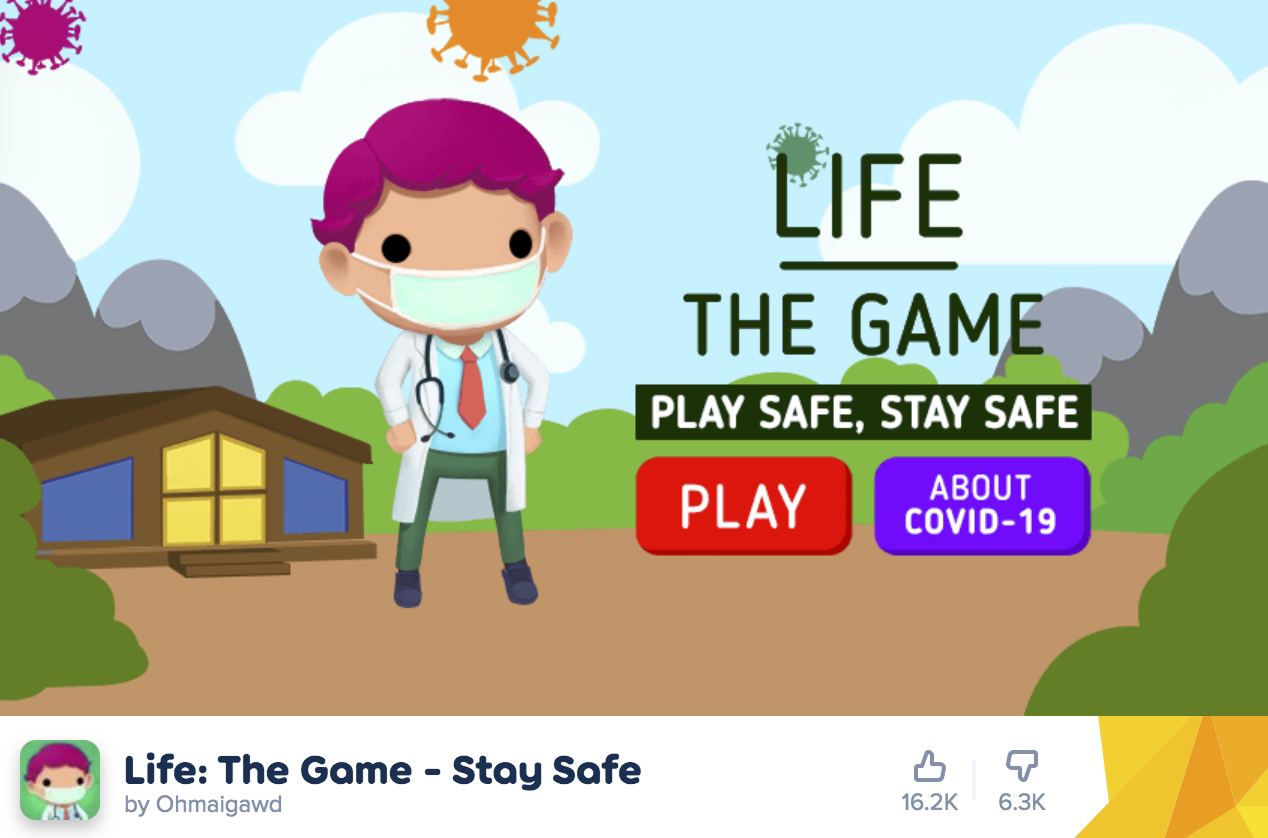 Try and complete the three new stages and gain some insights on how to stay safe during the pandemic.

If you’re stuck at home and you need more guides to the best games out there, we’ve got some more ideas here. Bored of gaming? Did you know you can get international Netflix from your home country? We love Surfshark VPN because they give us unlimited streaming options, absolute privacy and access from unlimited devices.

If you want to keep up to date with the best gaming news while you wait out the Coronavirus quarantine then dig into our newsletter. Sign up here.