Netflix original ‘To All the Boys I’ve Loved Before’: A mondernized 90s romcom

Netflix has released quite a healthy dose of crud in the romcom department in recent times. First there was The Kissing Booth, an outdated take on the coming-of-age romance tale. Then there’s the trash heap that is Insatiable – a TV show mired in a world of controversy before the first episode had even aired. Turns out, people were right to be pissed – what it lacked in satire it made up for in vapidity.

However, the streaming site redeemed itself somewhat with Susan Johnson’s To All the Boys I’ve Loved Before. The teen romcom based on the novel of the same name by author Jenny Han follows Lara Jean Covey (Lana Condor), a high-schooler who lives in the suburbs with her widower father Dan (John Corbett), and two sisters Margot (Janel Parrish) & Kitty (Anna Cathcart).

Her interest in sappy romance novels overspills into real-life as she pines over the boy next door Josh (Israel Broussard), who ends up dating her sister Margot. However, even when Margot goes to college and breaks up with Josh, Lara knows she can’t go there (no matter how much she might want to).

Just like she did with Josh, Lara expresses her love for her crushes in private ways (lawd forbid they ever actually found out) playing games, and over the years ends up writing five love letters for five different boys which she keeps hidden away in a box in her cupboard. But this is a romcom, after all, and so of course those letters mysteriously make their way to the intended readers. From there hilarity ensues, as Lara strikes up a deal with one of her crushes to stage a fake romance with both taking part for their own reasons.

Everything from the narrative, to the romcom tropes, to the art direction are reflective of the 90s golden age of the genre, evoking the fun, purity of the time but with some necessary improvements. For starters, To All the Boys portrays how teen dating looks in the modern era. As outlined by Vox, “Lara Jean and Peter sell their fake romance by making each other the background photos on each other’s phones. They talk about when to post pictures of each other on Instagram.”

But the 90s essence is there. The art direction is all teals and pinks, echoing a visual flair that could only be compared to the epicenter of 90s teen romance, Clueless. Even their costumes, all gold jewelry, chokers, and pastel sweaters echo the film that shaped so many that followed, from Legally Blonde to Mean Girls. Meanwhile, it plays off familiar narrative tropes seen in Clueless in that it centers on the existential yearning to just be nice to one another.

Vox went on to describe the “unabashed sweetness” of To All the Boys, adding that it’s well on the way to developing a cult fanbase (much like Clueless) because of “the way it builds itself around nice people who care about each other and want to do nice things for each other, like for instance writing each other love letters or letting the other person use them as a pillow during a nap. It is heart-melting.”

It takes the sugar, spice, and all things nice from such films and executes them in an updated format, most notably turning away from the white casts of the era and centering on an Asian American lead. As we noted in our review of Crazy Rich Asians, we’re hoping that soon we won’t even have to celebrate such milestones; they will just be the norm.

But it is a feat nonetheless in a genre that has been so heavily whitewashed, one that Han deserves kudos for making happen. In a write-up for The New York Times, the director spoke about how only one production studio was willing to keep the lead Asian American. “One producer said to me, as long as the actress captures the spirit of the character, age and race don’t matter. I said, well, her spirit is Asian-American. That was the end of that.” 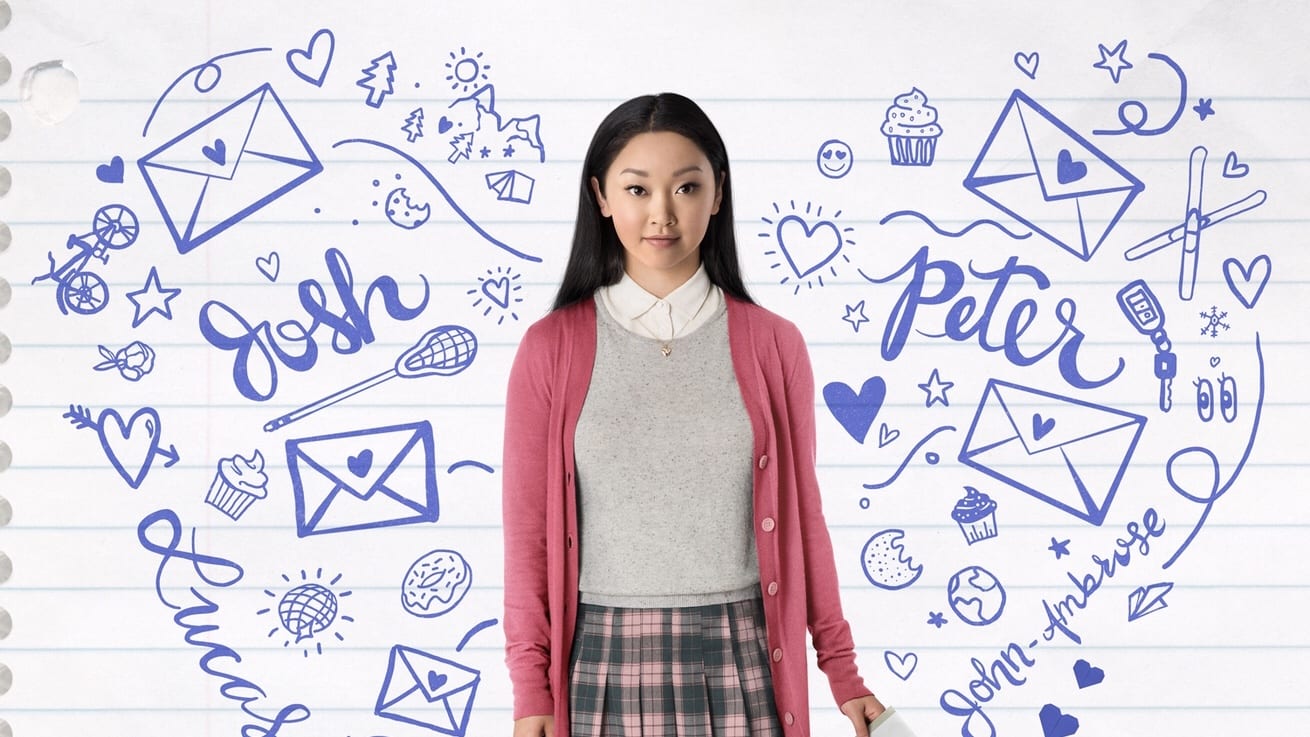 And the choice of Condor in the role was unequivocally the right one, as she perfectly embodies the spirit of Lara. She’s sweet, romantic, sensitive, and has an incredibly creative nature. She keeps her cool in the role, portraying a girl who despite all of her romantic mishaps, still feels confident and together.

What’s great about Han’s direction is that she’s not afraid for the film to shoutout to its references, sometimes in a very literal sense. There’s a wonderful moment when Lara and Peter agree to watch Sixteen Candles and Fight Club respectively, the former film putting the viewer in the John Hughes frame.

“Like the best of Hughes, the characters are likeable without sacrificing the more complicated qualities that make them feel real,” explained Decider. “Lara Jean is a smart, caring girl who is incredibly easy to root for . . . Even better, the two boys who make up her love triangle, Josh and Peter, are both genuinely good guys with pros and cons any viewer could relate to. Too many romantic comedies lose the audience because you can’t get onboard with the lead character liking either guy.”

Of course, all this does not mean the film is without its faults. It portrays Peter’s ex-girlfriend Genevieve as a vapid mean girl – a character present within so many 90s romcoms of the same flavor and a trope that does not belong in a 2018 setting. There’s also a number of viewers taking to social media to point out how Lara does not crush on a single Asian guy.

But the film makes up for its faults by overthrowing Asian stereotypes and pumping its storyline with sweetness and sincerity. As Cosmo pointed out, “It’s impossible to solve every problem with one single movie, and that’s certainly not what films like Crazy Rich Asians and To All the Boys are here to do. Rather, these movies are shining examples of what can happen if you open up the floor to new stories, voices, and perspectives.”

Overall, To All the Boys fulfills its promise to be a frothy, light-hearted romcom, taking the best traits of the teen films of the 90s and updating them for a modern audience. Ultimately, it should not be taken too seriously – it’s pleasing, smart, and one that should be enjoyed on a lazy Saturday afternoon when you’re looking to leave your mind at the door and enjoy 90 minutes of splashy, contemporary fun.