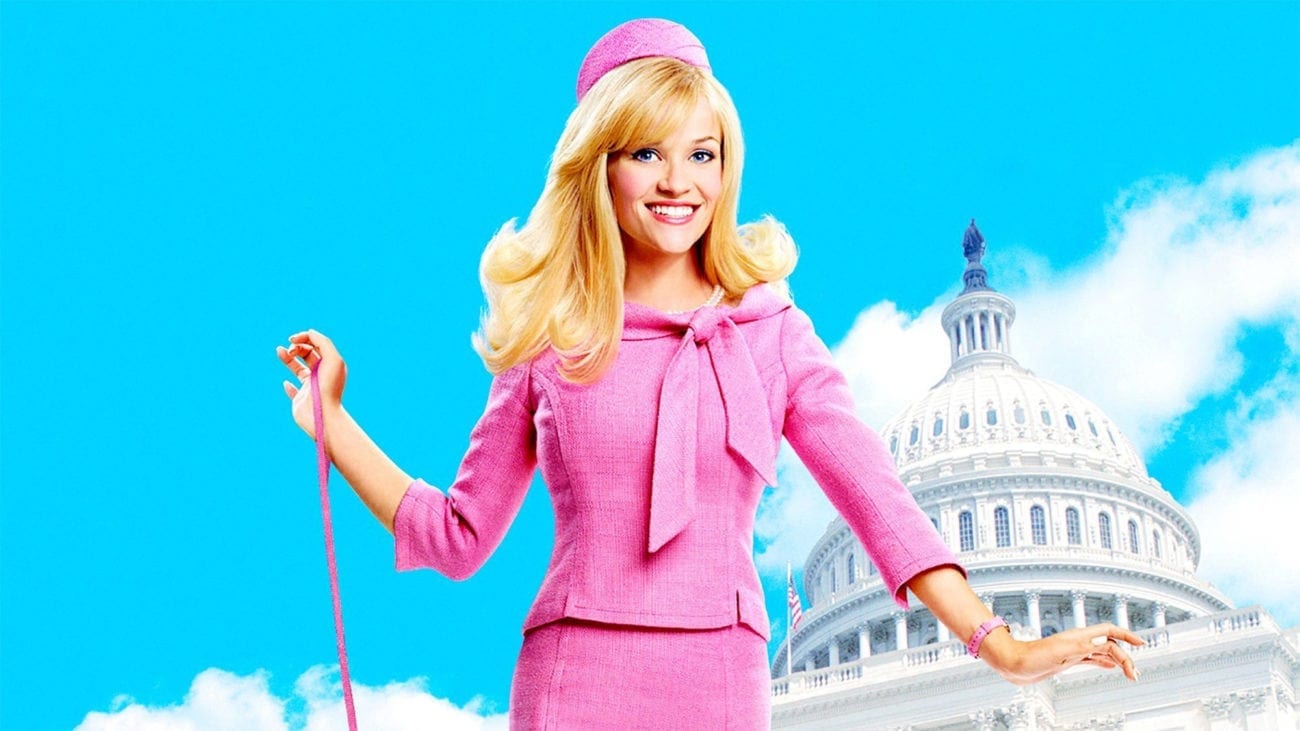 A guide to the perfectly pink wardrobe of ‘Legally Blonde’ characters

Time to give it your very best bend and snap – Legally Blonde 3 has entered pre-production. Yes, we’re fully aware there already was a 2009 threequel to the romcom mashup titled Legally Blondes, but the less said about that mess of a film, the better.

Plans are in place to bring back the beloved franchise that saw Reese Witherspoon as the blonde barrister bombshell who smashed her way through Harvard Law School and learned a few lessons about love along the way.

Witherspoon revealed in her interview with Deadline that “it will be much in the spirit of the first film, in which Woods’s idealism and pink-dominant wardrobe prevailed over the cynicism and snootiness all around her after the freshly dumped former sorority sister heads to law school . . . The intention here is to make this more about female empowerment, a message that hits at a fortuitous time in the culture.”

What with the sexual harassment scandal and the focus on gender parity engulfing Hollywood, we think now is the perfect time for Witherspoon (Big Little Lies) to reprise her role as Elle and show the world how a strong and powerful woman navigates a cynical world. Needless to say, this is one revival from the Hollywood reboot mill we definitely don’t object to.

As much as you might hate to admit it, let’s face it – you’re delighted at the mention of the “pink-dominant wardrobe”. While many of us were going through that awkward goth / nu-metal early 00s stage of our lives when Legally Blonde first hit the cinemas, we all secretly relished the perfectly pink outfit choices Elle had meticulously derived from Cosmo, a.k.a. “The Bible”.

In honor of the upcoming threequel, we’re looking back at the best styles of the original Legally Blonde and where to buy them, so you can look pretty in pink just like Elle.

Team it up with some fresh highlights and a French mani and you’re good to go.

Nothing says early 00s like a tight-fit knitted hat teamed with a pair of architecture-thin glasses that wouldn’t look out of place with a rhinestone heart stuck to the lens. A perfect choice for when character Elle takes down her new bestie’s (Jennifer Coolidge) evil ex-husband with some newly learned (and made up) law jargon.

Was anyone else pissed Elle didn’t buy this dress for her engagement / break up?

Scrap that – her first choice is bomb! If a dude or dudette breaks up with you when you’re looking this fine, they’re the ones who should be dumped.

And she totally makes up for the dress with this sparkly blue two-piece. Only Elle would enjoy a casual swim with as much glamour and sass.

Another perfect example of early 00s getup was this airbrush shirt and Tiffany jewellery combo. Even when she’s recovering from a bad breakup and “hasn’t even conditioned her hair in a week” she looks totally fabulous.

As Elle herself once said, “whoever said orange is the new pink was seriously disturbed.” All hail Queen Elle!

No one else would look this bomb when going to study at the library. And she brought baked goods!

In other words, 50 Shades of Pink. She might be going to law school but Elle is not letting it change her style choices.

When Elle confronts Vivian (Selma Blair) and Warner (Matthew Davis), she may say, “You look very nice today Vivian,” but what she really means is, “Don’t stomp your little last season Prada shoes at me, honey.” Those choice words and her Elle-approved business look all equate to an air of pure class.

The outfit Elle wore for that scene saw Elle in a yellow shirt, capris, and T-bar shoes as she changed the world forever with the bend and snap move.

While we live for Elle’s sequin bikini collection, the pink number has to rank the highest. Not only is it her signature color, but she teams the damn thing with a pink fur coat. Nailed it, girl!

The Harvard blazer and tie set

Nothing says “first day at Harvard” like a studious tie, blazer, and thick-rimmed glasses combo. She’s wearing it the first time she meets future bae Emmett (Luke Wilson) but more importantly, the moment she completely dominates Warner when he asks her how she got into Harvard Law School. Elle’s reply: “What, like it’s hard?” Pow!

Although Vivian tricked Elle into dressing like a sexy bunny at the non-costume party, Elle completely owns it and throws some serious shade at Warner’s new fiancee to boot. “I like your outfit too, except when I dress up like a frigid bitch, I try not to look so constipated.” Burn!

While Elle deserves props for donning a totally impractical (but totally rad) pink leather ensemble for her moving day to law school, we’re handing this one to Bruiser for his pink & purple Harvard sweater. There’s never been a chiwawa in history with as much panache.

Elle’s most iconic look, she goes back to her roots and wins the court case, proving she’s more than just a pretty face. You go, Elle! 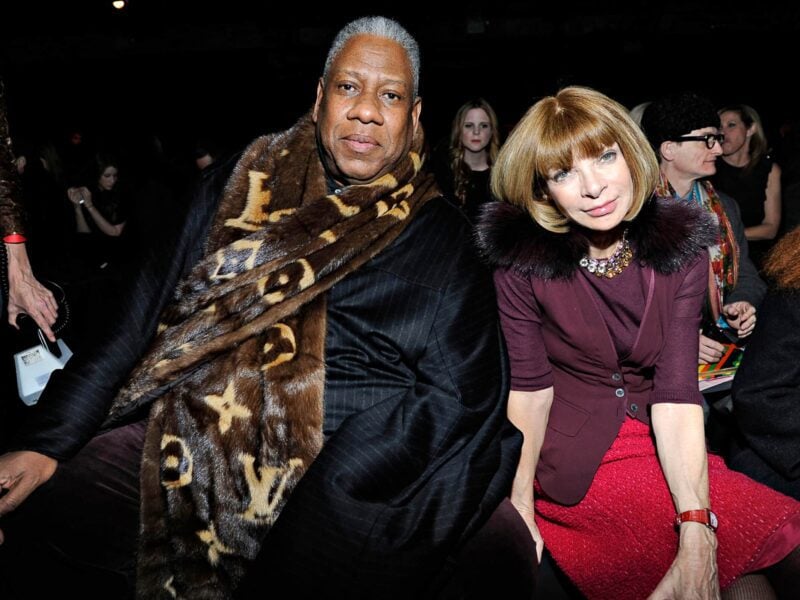 RIP André Leon Talley: His best ever quotes to live by 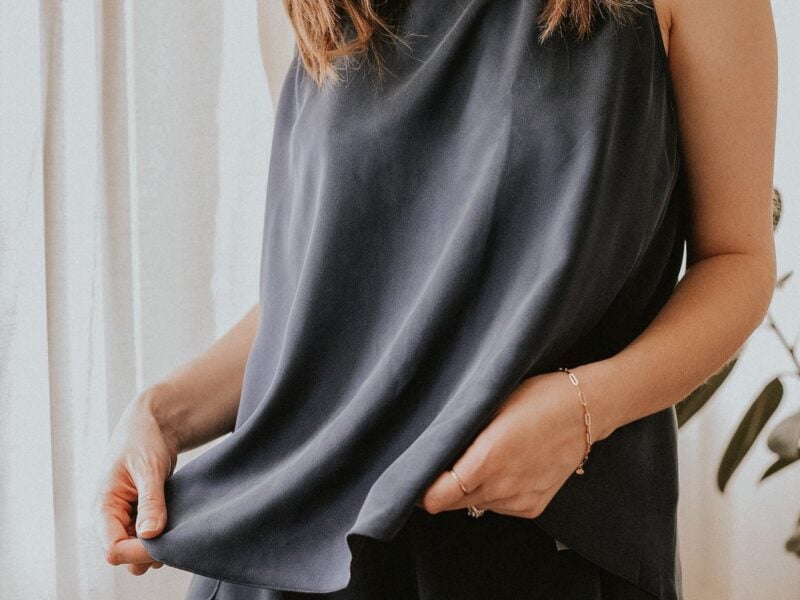 The Benefits to Wear Silk sleepwear