During the 1990s, there were fewer stars bigger than Nicholas Cage. From Oscar nominees Moonstruck and Leaving Las Vegas to the melt-your-face-off action of Con Air, The Rock, and . . . Face/Off, he was your go-to for Hollywood blockbusters.

But for every success, an actor has a resume of failures & flops. For Cage himself, the majority of his low-budget, poorly-received films have come later in his career due in large part to financial difficulties that have caused him never to turn down a role (his most recent release had him avenging the death of his prized pig . . . Taken-style!).

However, early in his career, having come off of Raising Arizona and Moonstruck, he was poised to take Hollywood by storm. That was when he decided to take on one of the strangest, darkest, and in some circles considered his worst Hollywood movie, Vampire’s Kiss. 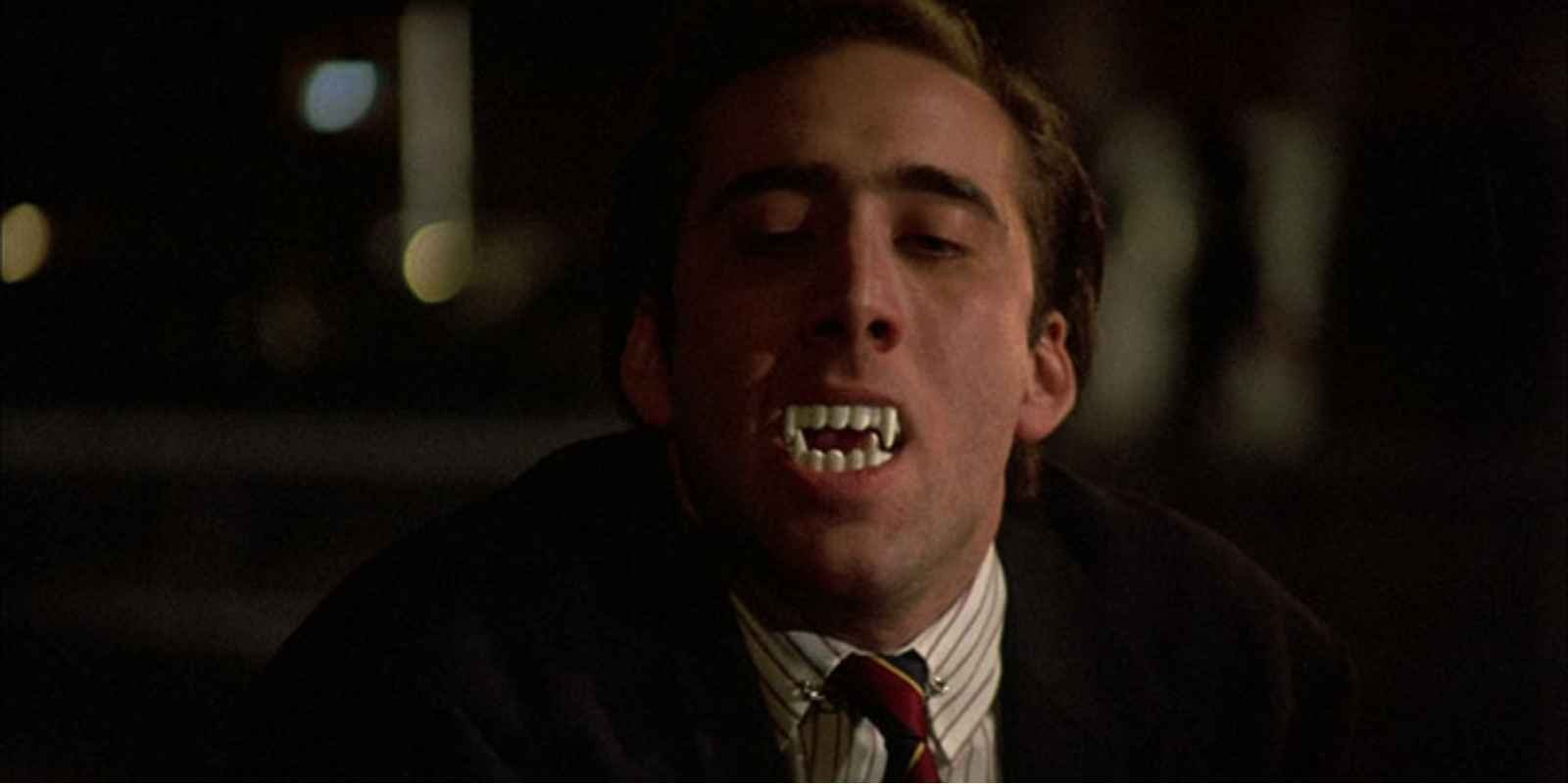 While Nicolas Cage has a long list of contenders for his worst movie, including Bringing Out the Dead, The Wicker Man, and Bad Lieutenant, one thing is for sure regarding Vampire’s Kiss; it is his most outlandish (and maybe his most fun to watch?).

Upon its release in 1987, it was considered a flop and a dud at the box office. But since then, it has gained an almost cult following, primarily due to Nicolas Cage’s performance. Who doesn’t love watching a trainwreck? 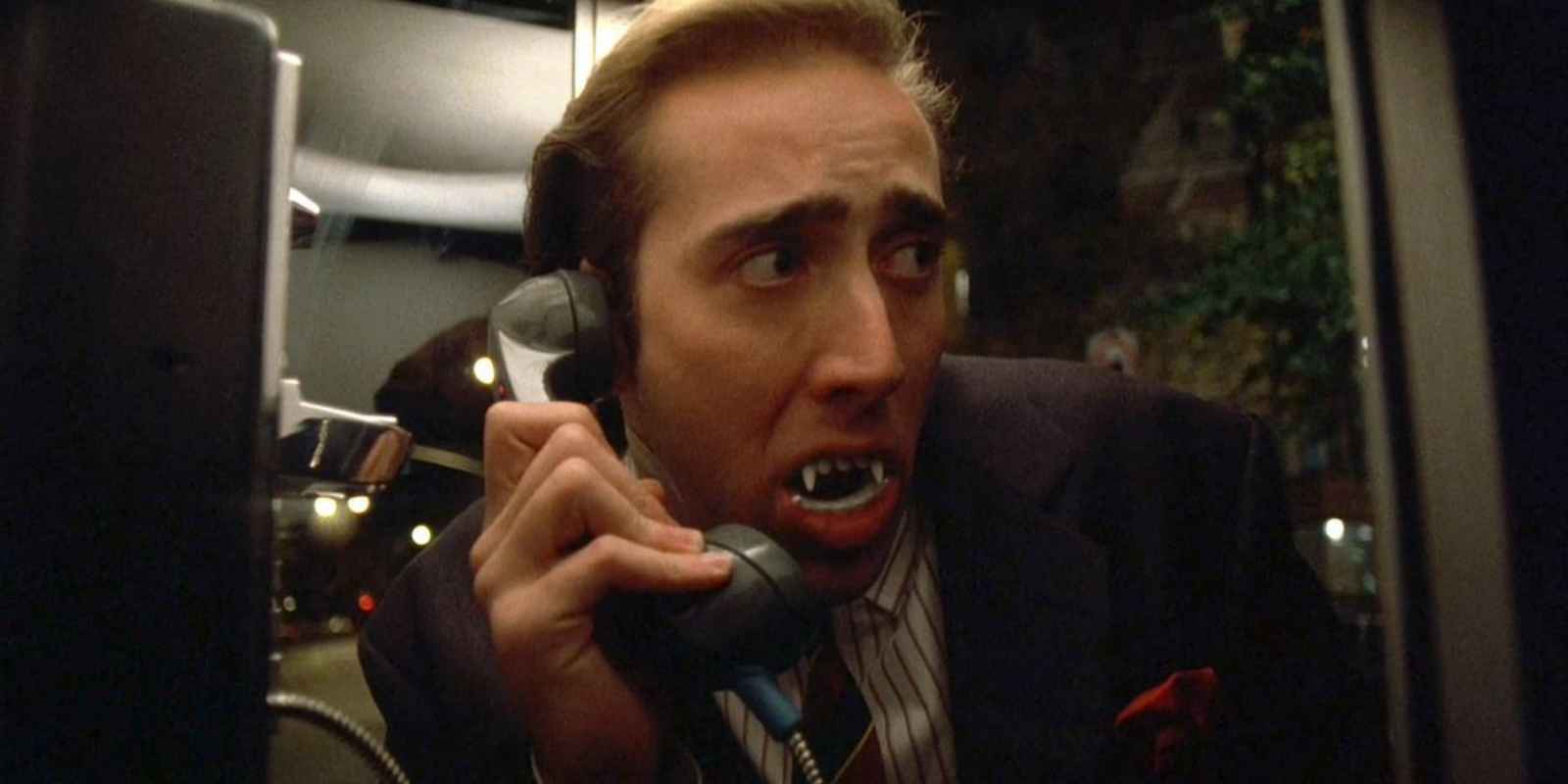 To understand the cult following of Vampire’s Kiss, you have to know where the movie originated. It was written by a man named Joseph Minion, who, despite coming off of his last screenplay made by the legendary Martin Scorsese, was miserably depressed.

Minion himself admitted he was ‘in a very dark place”. That feeling is certainly reflected in the movie’s tone, centered on a man named Peter Loew. His inability to find love & companionship drives him further and further into mental instability, culminating in him believing that he is a real-life vampire on the New York City streets. 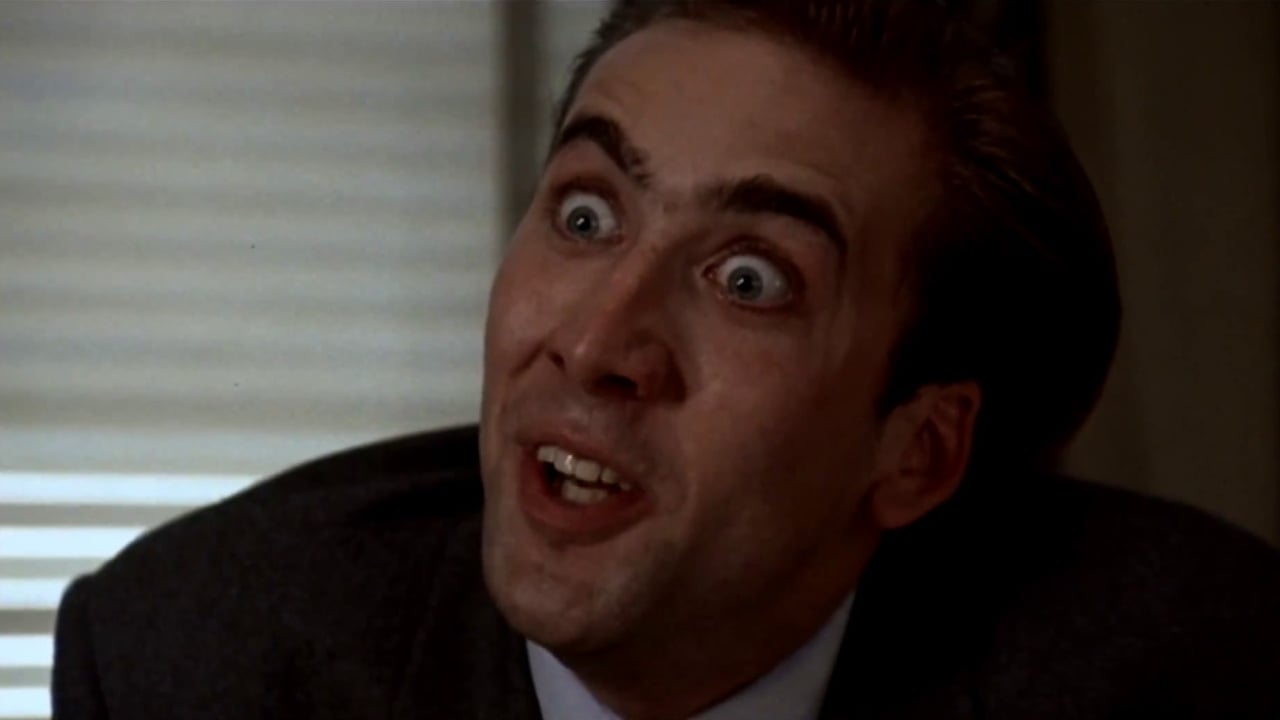 How was Vampire’s Kiss even greenlit?

Minion got this movie greenlit in the middle of his own depressing relationship turmoil and hired Dennis Quaid as the lead. Unfortunately, or fortunately for Nicolas Cage (and us?), Quaid had to drop out to make a different movie. This paved the way for Nicolas Cage to do what he does best.

In true Nicholas Cage fashion, he dove headfirst into a role that only a handful of people could have captured (Seriously, memes were made about this movie thirty years later . . . Dennis Quaid isn’t a meme). 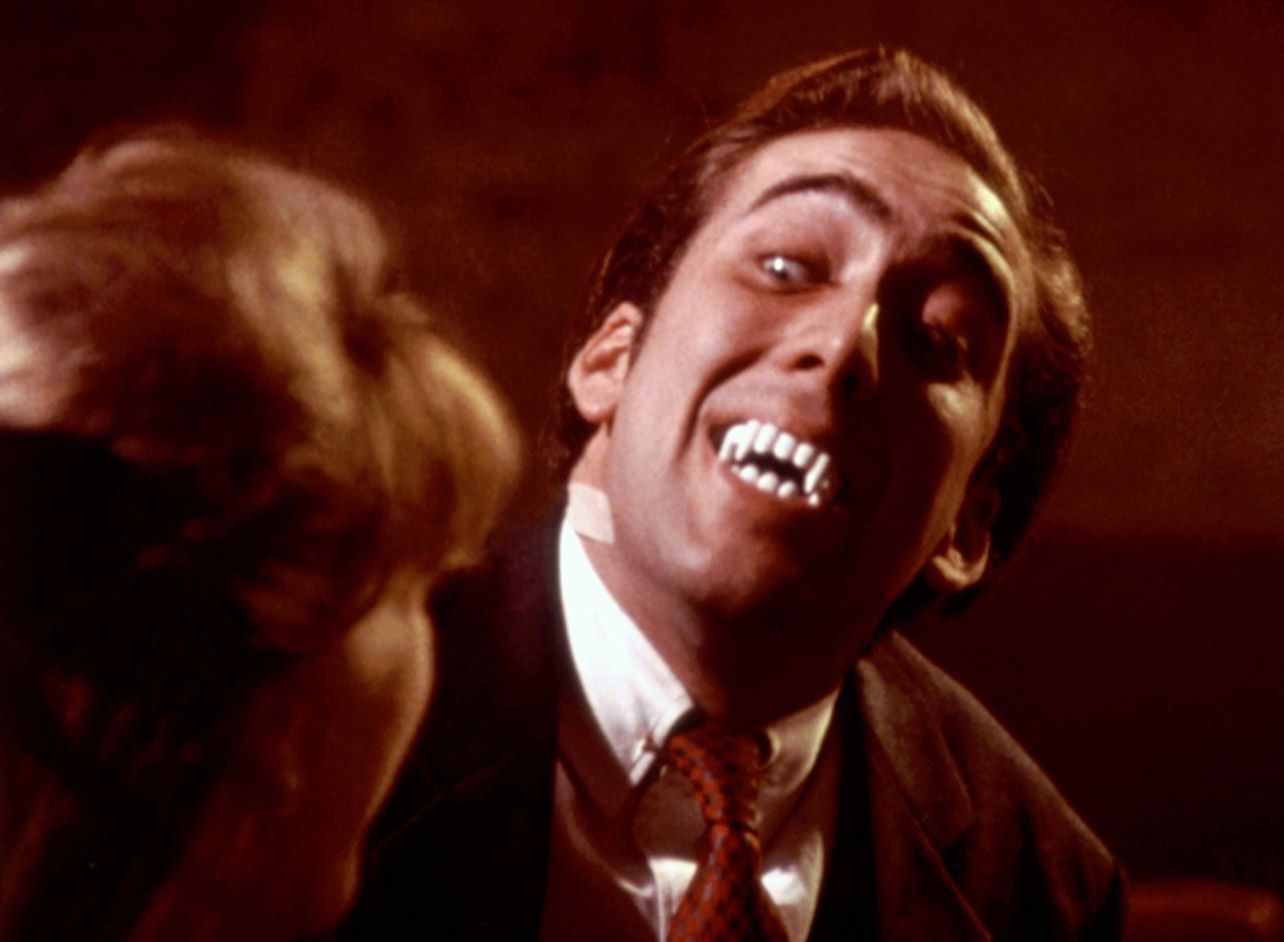 Chewing (or sucking) the scenery

Throughout Vampire’s Kiss, Nicolas Cage had to portray a man whose mental stability was consistently declining. He continually pushes the envelope from psychologically torturing his poor secretary named Alva (“ALVA, ALVA!!”) to wandering New York City streets in SoHo covered in blood and begging strangers for death.

If you watch this scene, you can see the legitimate concern and fear people on the street have of him . . .no one knew who he was or that they were being filmed. This was like a test audience for Impractical Jokers. It went so far as to create one of the most talked-about moments on a movie set in his entire career. 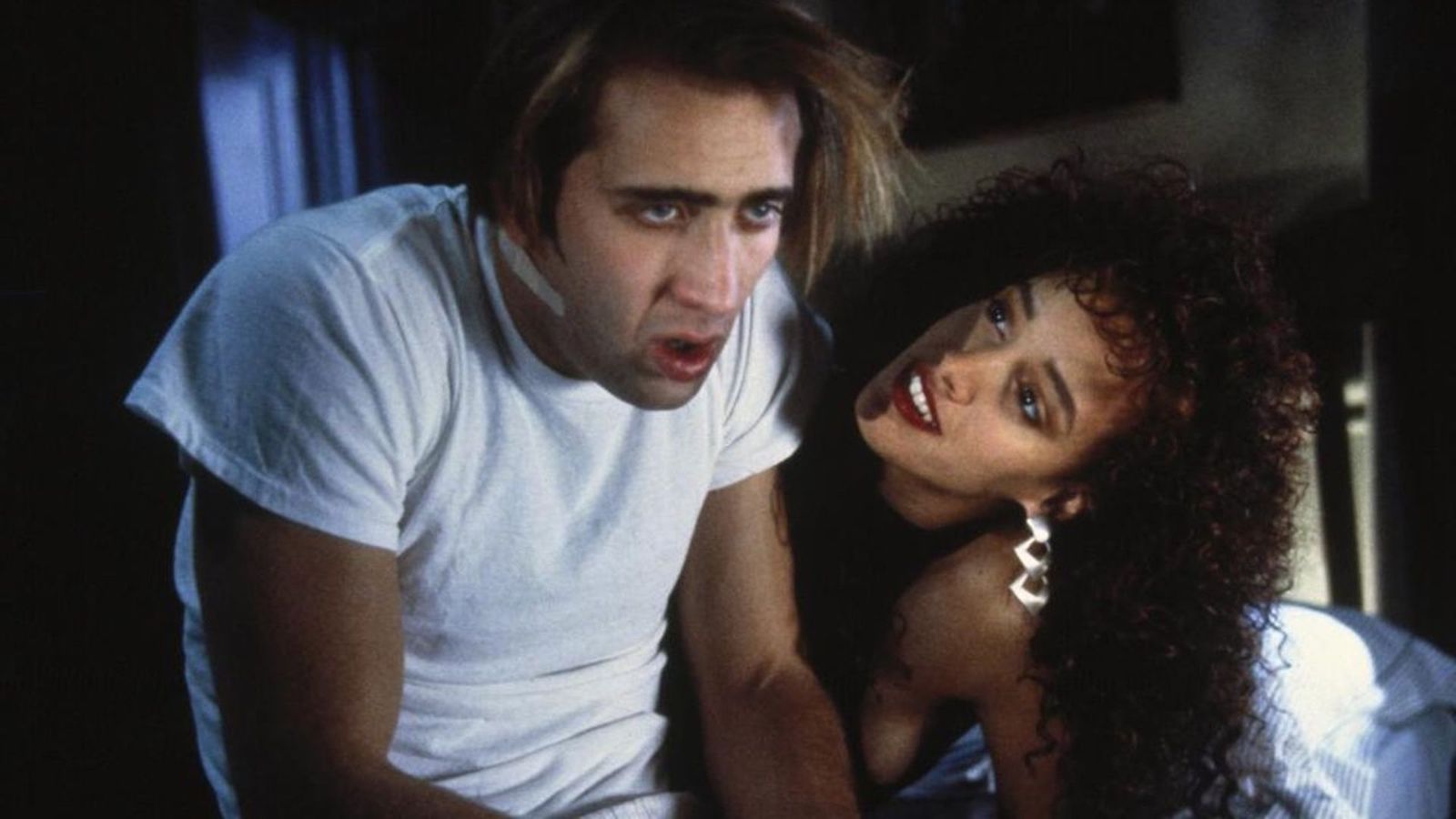 In the script, Cage’s character was supposed to suck a raw egg. However, both Minion & Cage felt that this was too tame for the character (Of course, why settle?). Cage approached Minion and told him that one of his biggest fears in life was cockroaches. So naturally, Cage decided it would be best for him to eat a live one.

Oddly enough, they consulted a doctor, and he advised them that Cage wouldn’t get sick from eating a cockroach, but that he should drink whiskey directly following it. Where can we get an appointment with a doctor prescribing whiskey? 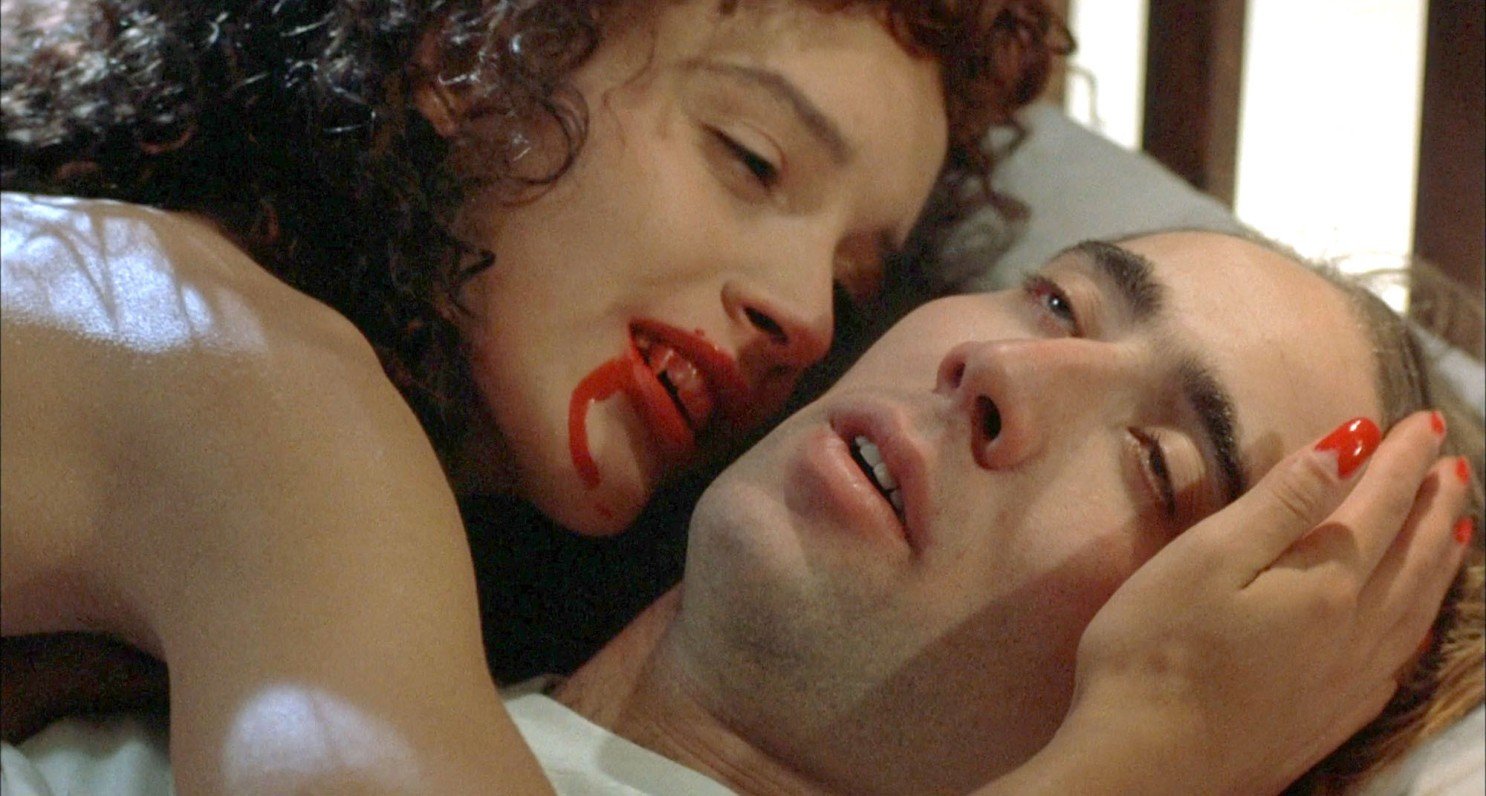 The scene in the movie where Peter Loew eats a live cockroach is 100% real. Nick Cage, in two takes, ate two cockroaches and followed it with a vodka chaser. Someone fire the man who skimped on the whiskey and bought cheap vodka . . .the man just ate two cockroaches!

This scene went on to define Nicolas Cage’s career in two ways. The first was to audiences; he was always going to bring 100% of a character. And the second was to directors – this movie gained a cult following and showed why Nicolas Cage is the only person that could have made this character work. He is fearless.

So is Vampire’s Kiss Nicolas Cage’s worst movie? It had the potential to be his worst movie and maybe even rival The Room as one of the most gloriously terrible movies ever produced in Hollywood. But with someone like Nicolas Cage and his ability to go so deep in a character that it feels as if you are watching someone slip into insanity in real life, this is one of his more rewatchable bad movies in a long list of flops. 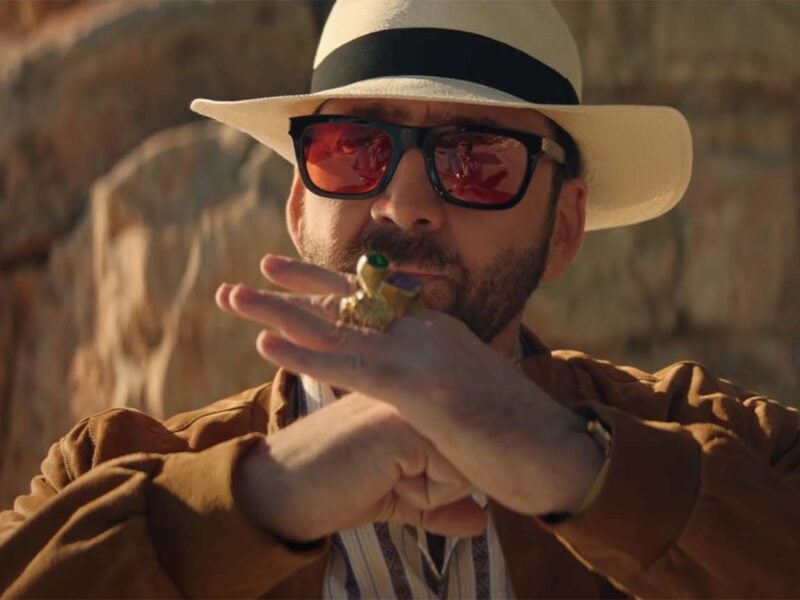