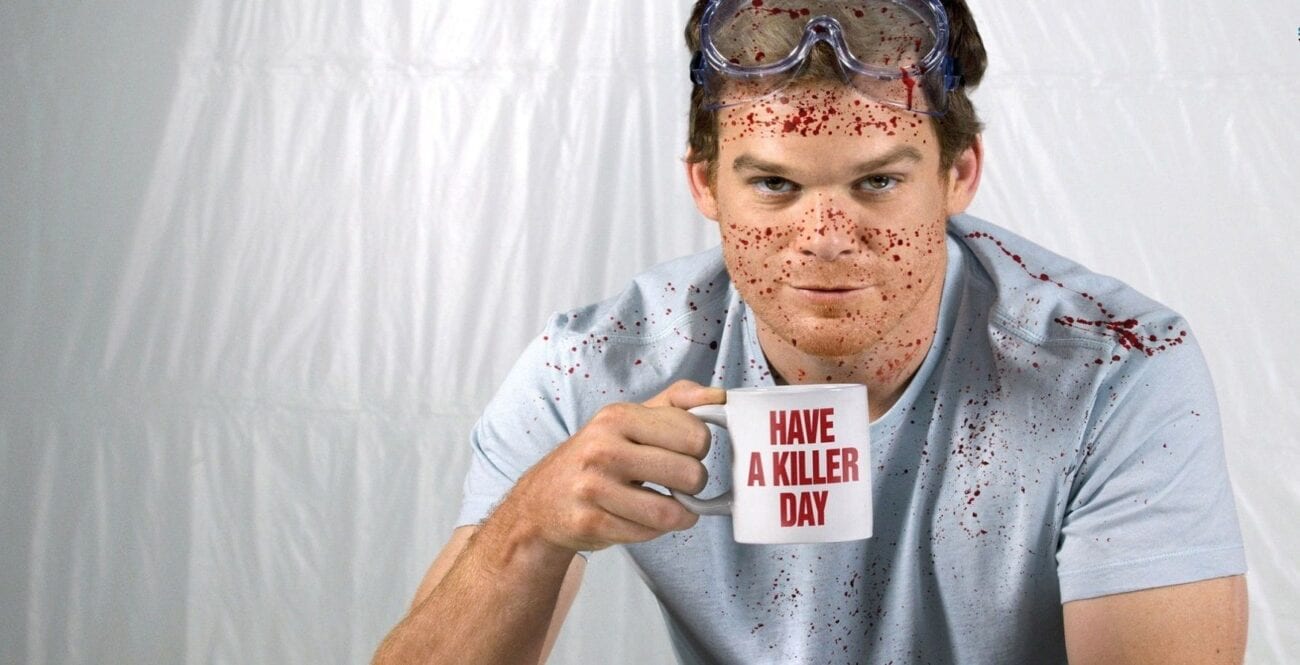 Indulge your dark sense of humor with these true crime jokes

We’re not afraid to say we enjoy dark humor, and we’re also not afraid of admitting we’re true crime fans. Maybe we should be ashamed of liking both together, but we’re really not.

It wouldn’t be fair if we kept all the good memes to ourselves. We also want to feel like we’re not the only ones with sick humor, so we wanted to share our deviance with you. That way, none of us have to feel alone laughing at these twisted jokes.

If you love laughing at inappropriate content, you should definitely check this out. These are the best true crime memes ever. Special shout-out to the subreddit r/truecrimememes for filling our lives with inappropriate laughter.

Throwing a body in a lake is wrong, and we think everyone would condemn doing that. It’s obvious the body will float up eventually, who would even try to hide a corpse that way (unless you had a ton of rocks to tie them down)?

Maybe there’s such a thing as too much knowledge on a subject. But c’mon, who would even try to hide a body like this? Really, it just takes some common sense. We’re aware of how this statement makes us look, but it’s not our fault we have better ideas – blame true crime shows! 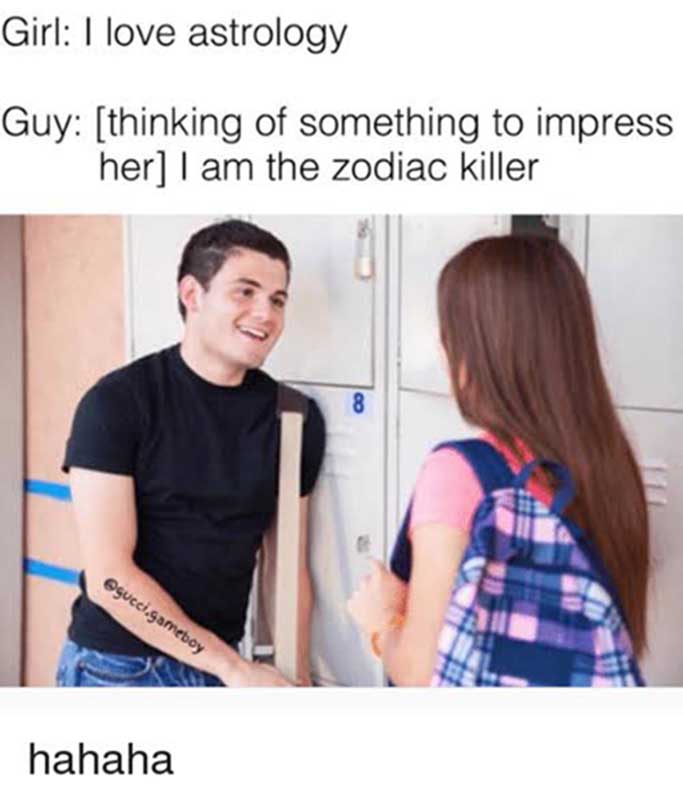 Don’t pretend like you haven’t been in a similar situation. Flirting has to be one of the most stressful things ever, and not everyone’s a natural. Sometimes we’re trying so hard to impress our crush, we end up making fools of ourselves.

We appreciate the effort, but that’s not it . . . Actually, on second thought, maybe we can get coffee sometime. We might be interested in someone who’s willing to talk about true crime. 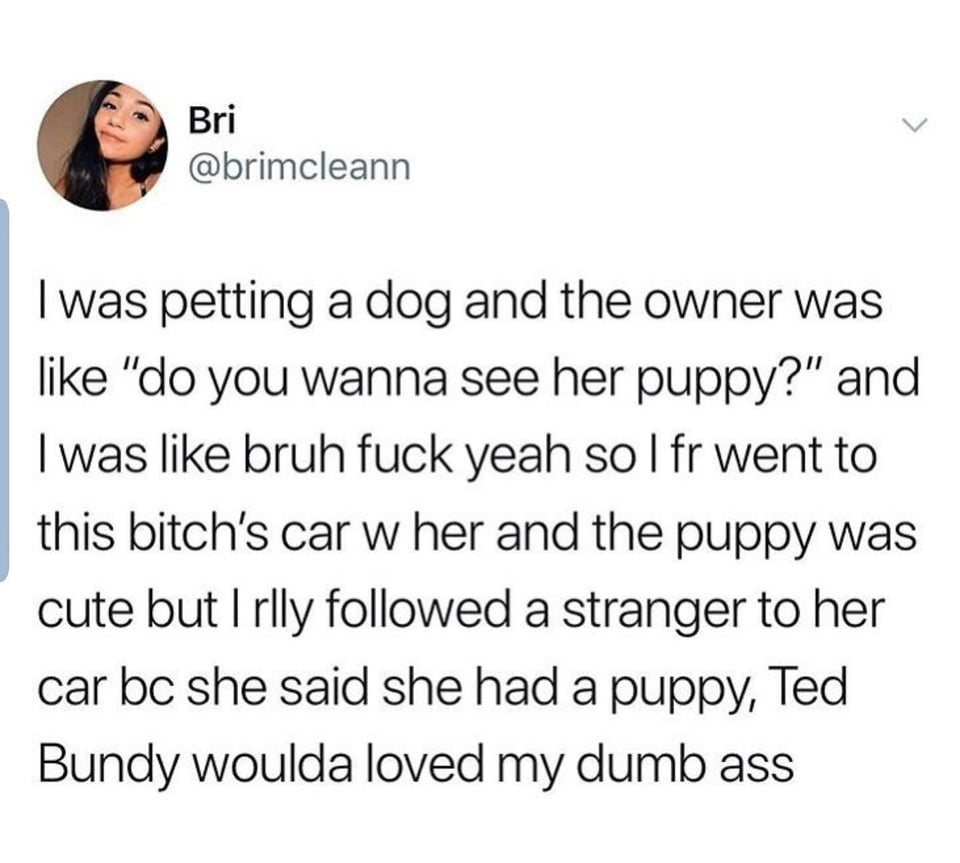 We all had that talk with our parents about not accepting candy from strangers, so we should know better by now. In our defense, they never really said anything about puppers.

We’re glad @brimcleann is safe and able to tweet about this. We’ve all learned our lesson. Plus, we don’t really feel we can judge Bri for wanting to meet that person’s doggo, we probably would’ve done the same. 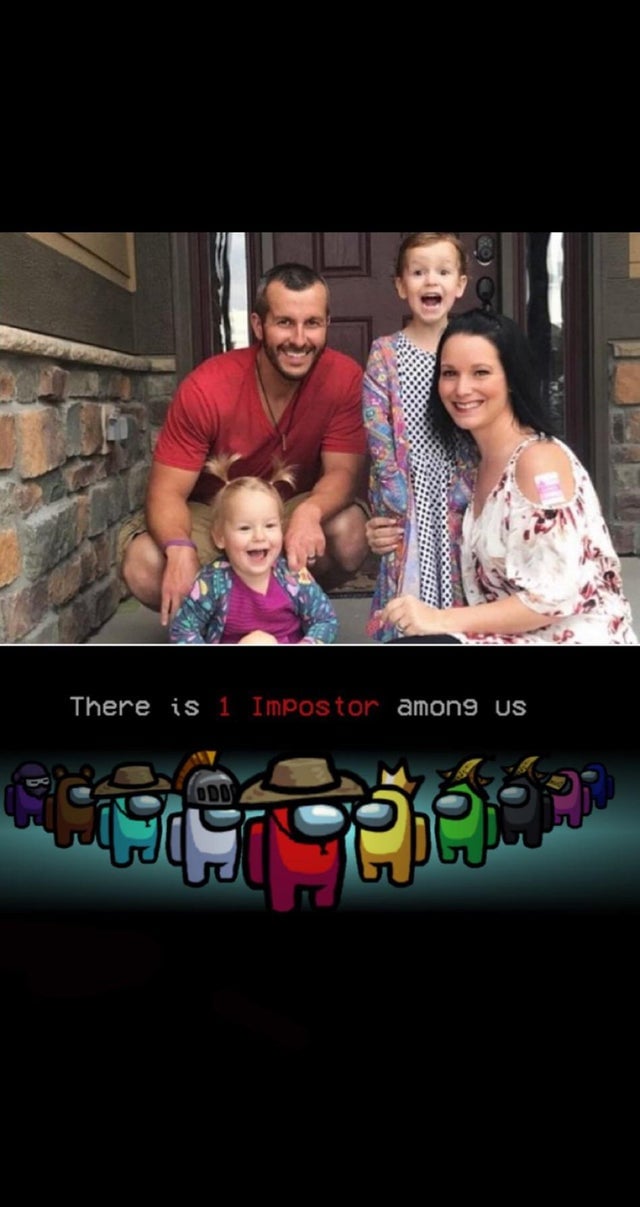 We think we know who the impostor is. We weren’t really checking the security footage but the red player has been acting weird around the other crewmates. Why is it always the red one?

Now, we were serious about these jokes being dark. We’re aware of how awful this meme makes us look, but we just had to share it.

Disclaimer: We actually think this was awful, but sometimes things are so bad we just have to laugh at a meme about it. 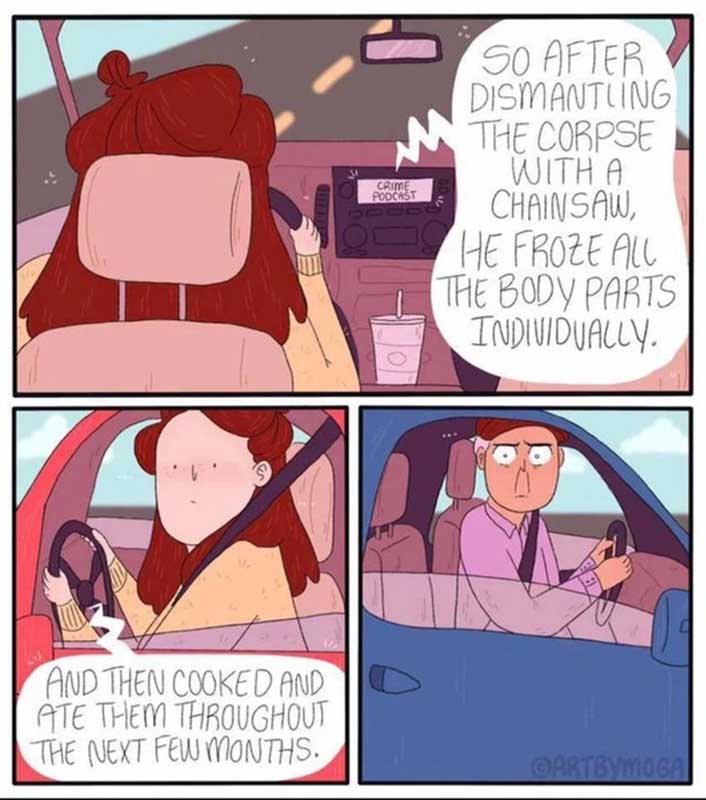 It’s amazing when you get to share one of your interests with someone else. Unfortunately, this isn’t the case. Sometimes our love for true crime can get us in awkward situations.

We’d love people to know we’re just interested in killings for academic reasons – not because we’re actually evil! We swear we’re not planning on doing anything with our knowledge about dismemberment and killers’ M.O.s. 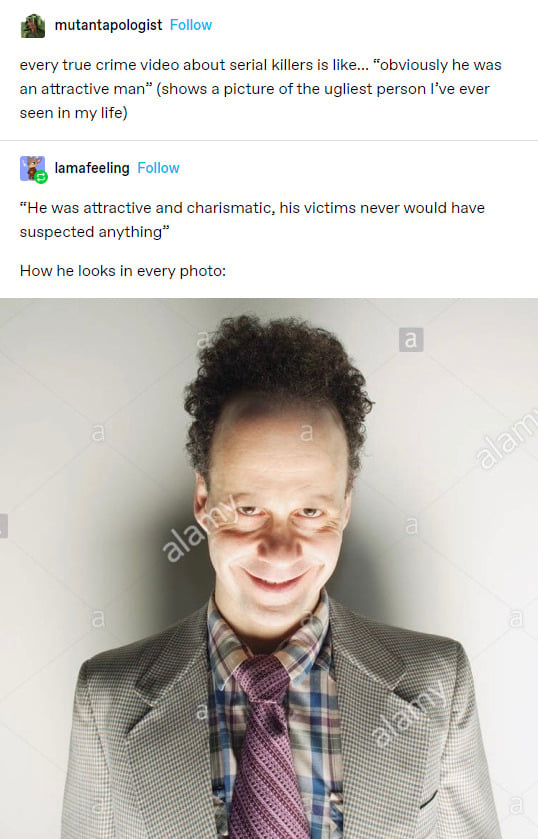 Many mysteries surround true crimes, but one of the most baffling ones is how people describe some killers as shockingly handsome when they look like a potato with mommy issues.

Being psychopaths, we’re sure killers have a way with words to charm their victims. That said, unless they’re capable of shape-shifting, we can’t see how many killers are described as “good looking”. Maybe this is the ultimate proof of how looks aren’t everything.