Ever since the docuseries Jeffrey Epstein: Filthy Rich aired on May 27th, 2020, the web of lies & horrors Epstein had weaved have continued to unravel. The billionaire died in his cell of apparent suicide after his arrest in Teterboro, New Jersey back in 2019, leaving a string of unanswered questions and broken lives behind him.

To this day, the public is still haunted by the places where Epstein committed his heinous crimes, specifically Little St. James. The private island off the coast of Florida in the Virgin Islands had many names including “Pedophile Island”, “Island of Sin”, and other sinister titles speaking to the horrible acts women faced if they landed on its shores.

But what happened to the island now that Epstein is gone? What does Little St. James look like now that two years have passed and some questions have still gone unanswered? Let’s dive into the recent fate of Jeffrey Epstein’s island, Little St. James. 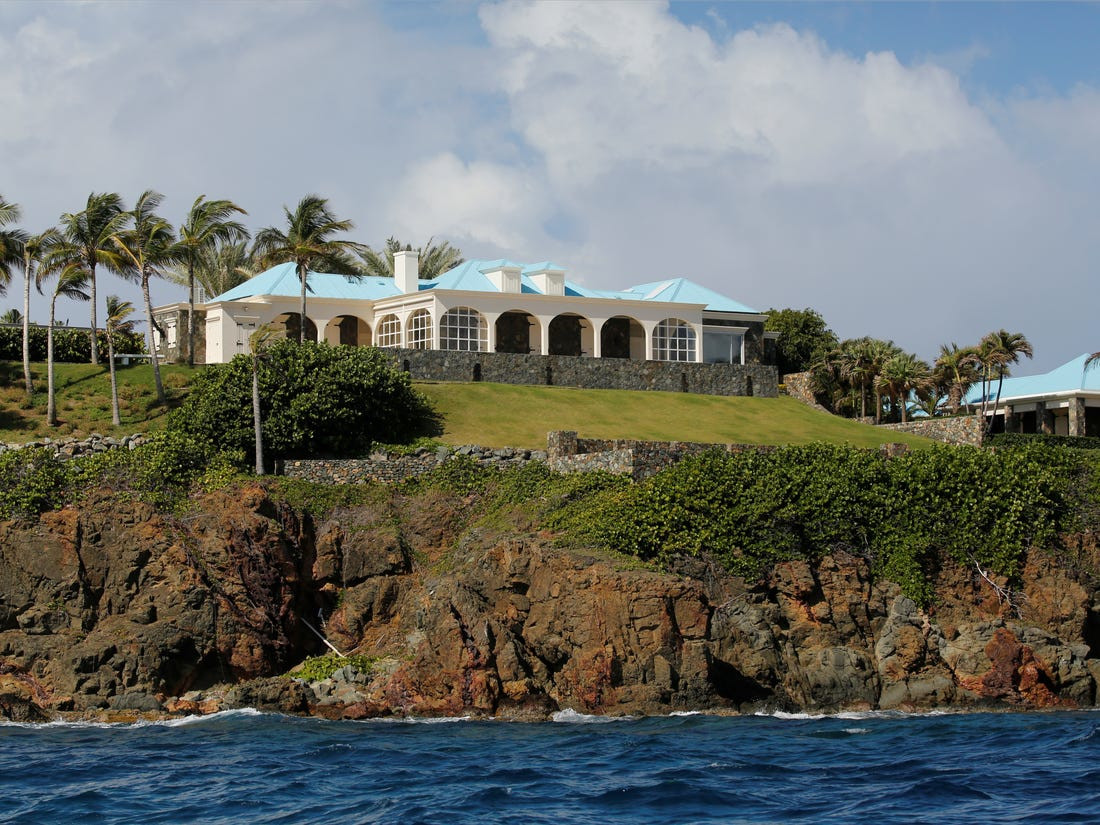 After Epstein’s death, the island went into an odd state of flux as it was still owned by Epstein’s estate but, as of 2019, was open to the public. It actually became a tourist attraction, with both news crews and regular people visiting the island to get photos.

One visitor during that time was survivor Chauntae Davies, who was seen taking a photo on the island with a group of other women, whom no one has confirmed to be other survivors of Epstein’s abuse.

The island itself has some odd architecture, including the now-famous blue temple, a plastic cow on the beach, and a large sundial. There was also a secluded house located on the island that, at the time, was guarded by security. Despite its tropical climate and odd furnishings, the island was anything but a good vacation spot. 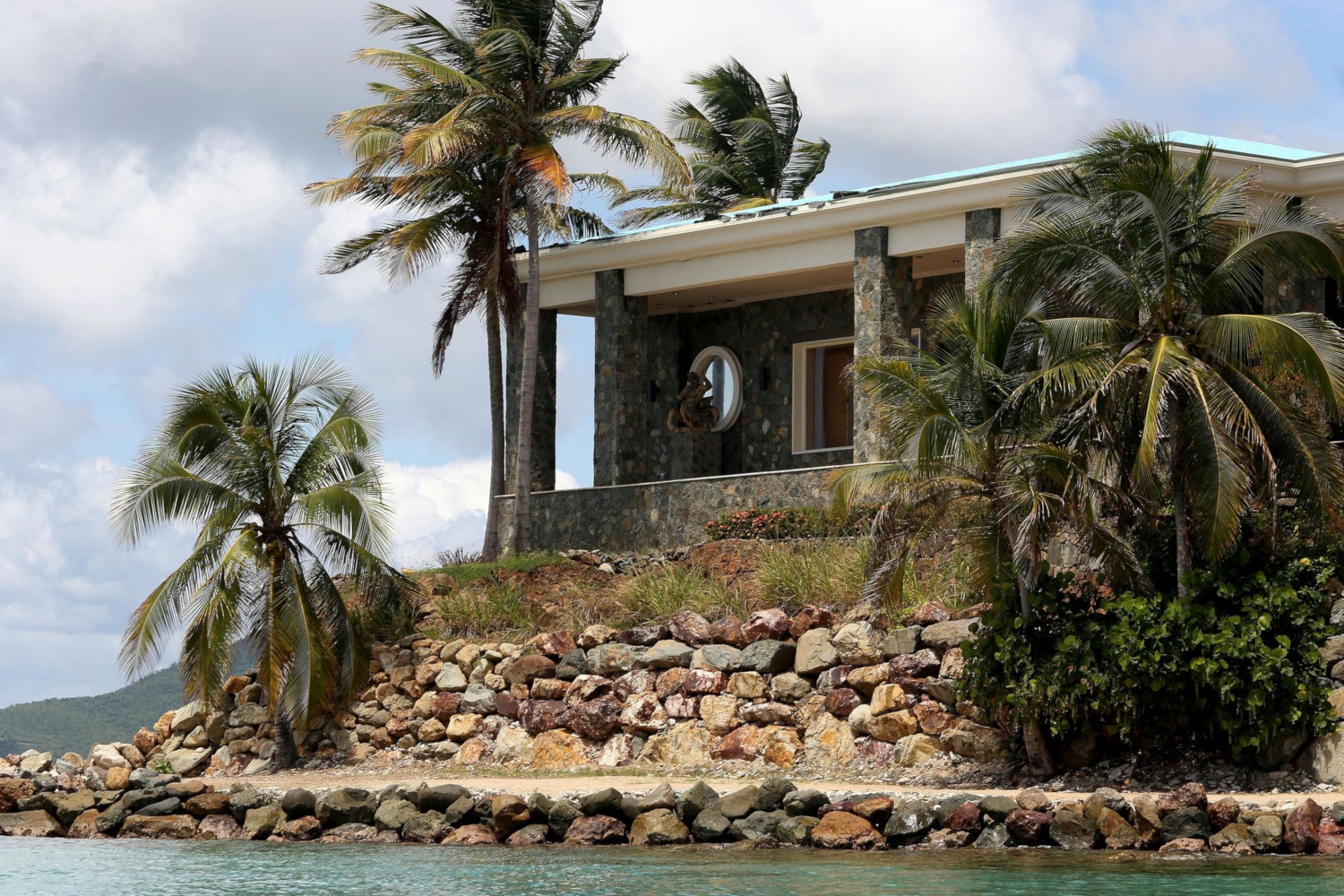 The long arm of the law

The island’s state as a tourist attraction didn’t last long as, on January 13th, 2020, Epstein’s estate was faced with a lawsuit from the Virgin Islands Attorney General Denise George. The lawsuit was filed to seize Little St. James as well as Great St. James, Epstein’s other island he bought back in 2016.

The lawsuit was filed to further investigate Epstein’s now well-documented activities on both islands, including luring young women there to serve as sexual & menial servants. The lawsuit was also filed to shut down the shell companies Epstein still had running in the area.

This lawsuit was followed by one from Epstein’s former partner Ghislaine Maxwell in March 2020. The estate was taking financial blow after blow, karma truly showing her hand. 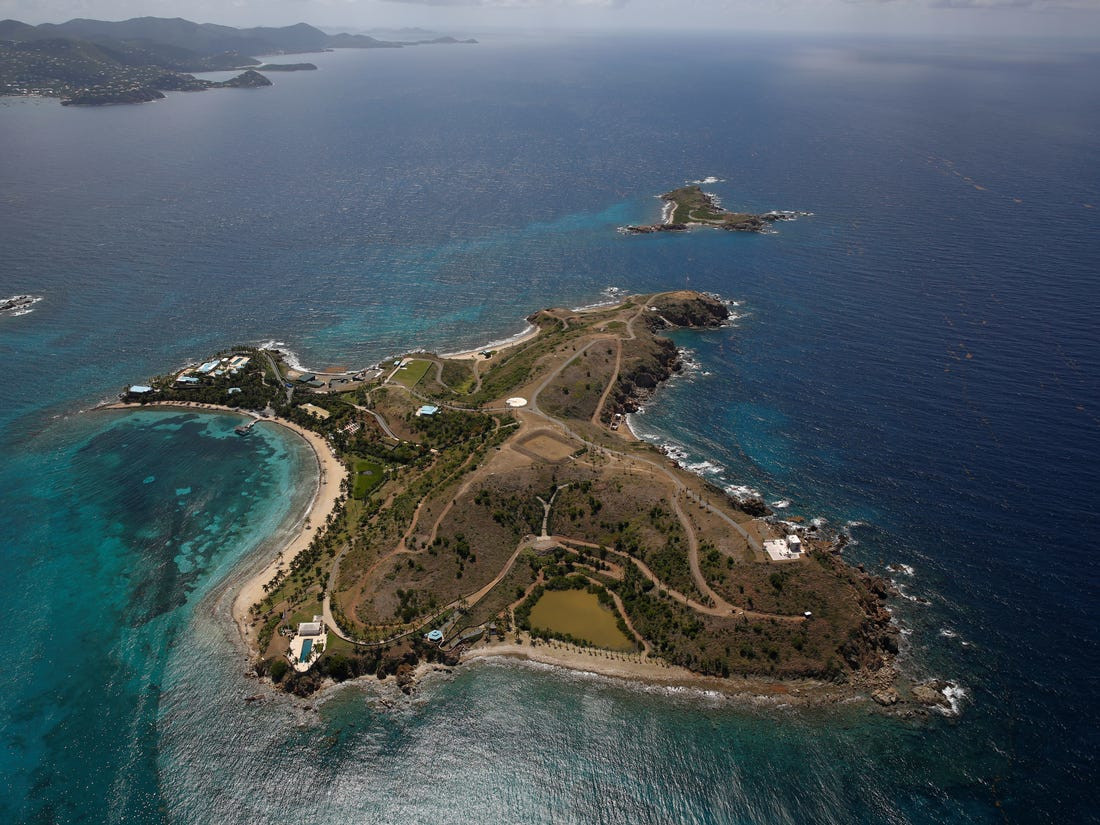 These two lawsuits were suddenly the least of the estate’s problems as, on February 4th, 2021, the estate ran out of cash to support the Epstein Victims Compensation Fund, which was founded in June 2020. It had stated that due to running dry, new claims could not be accepted, and payouts were frozen.

The estate saw no other option but to put its properties, including Little St. James, for sale. The fund was replenished as of March 13th, 2021 through the sale of Epstein’s New York City and Palm Beach properties, but Little St. James still has its “for sale” sign up.

Interest in buying the island was high back in February 2021 but there has been little said on the subject since. This may be due to the non-disclosure agreements signed by both potential buyers as well as Newland Real Estates, which is involved in the sale.