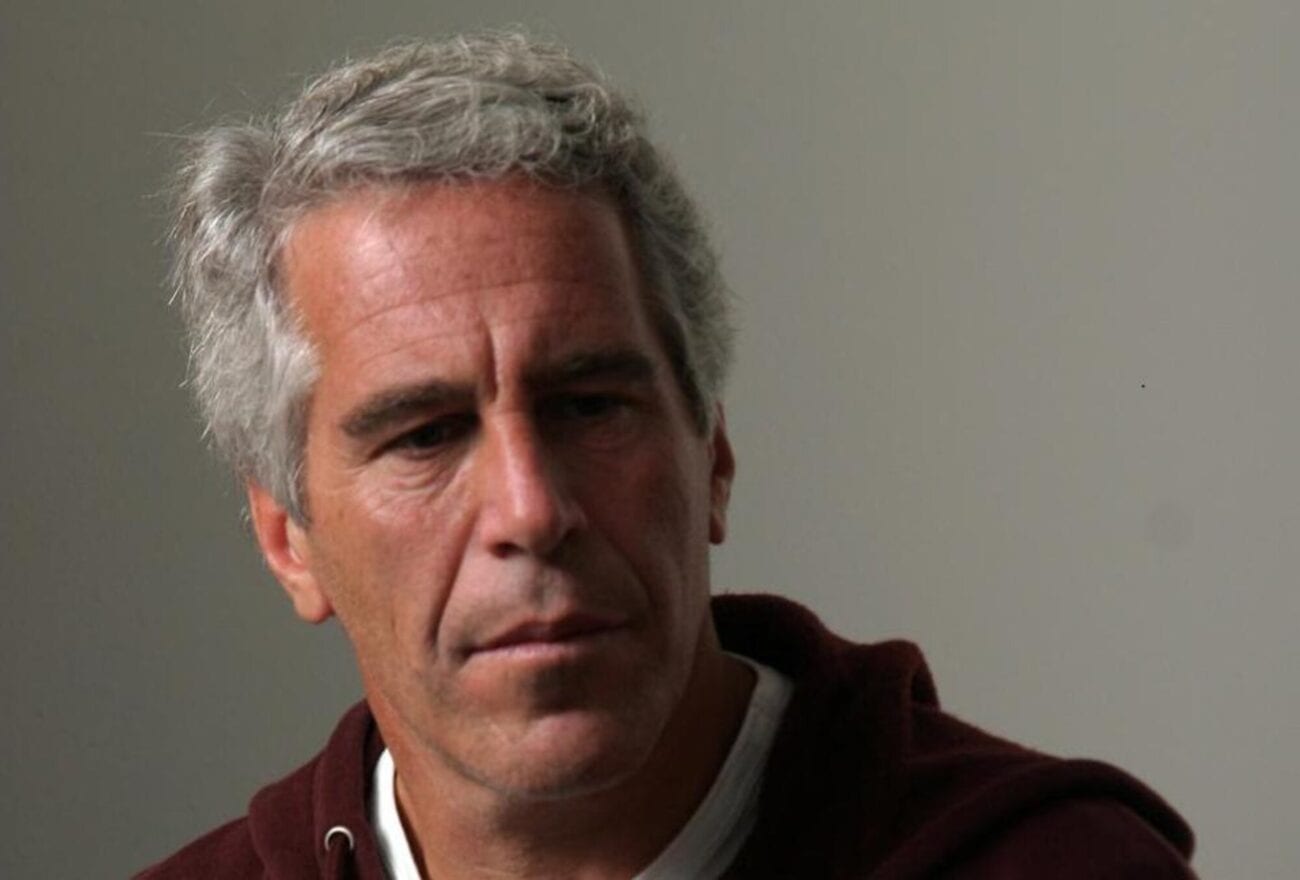 The island is also believed to be where he committed more heinous crimes. One girl supposedly attempted to swim off the island to another in order to escape but was caught and brought back.

So, what exactly do we know about the island Little St. James (frequently referred to by a myriad of less savory nicknames)?

As people have delved into the life of Epstein there’s one thing we’ve all discovered – the man had a very strange taste in decor. From a gaudy private jet to distasteful paintings, Epstein had a monumentally poor sense of style.

His island compound with five buildings included a library, cinema, bathhouse, and cabanas. It was also randomly festooned with life size cow statues – because nothing says beautiful tropical paradise like prairie cattle. It gets weirder though. It’s also reported that the staff on the island would move the statues to new random locations every day. 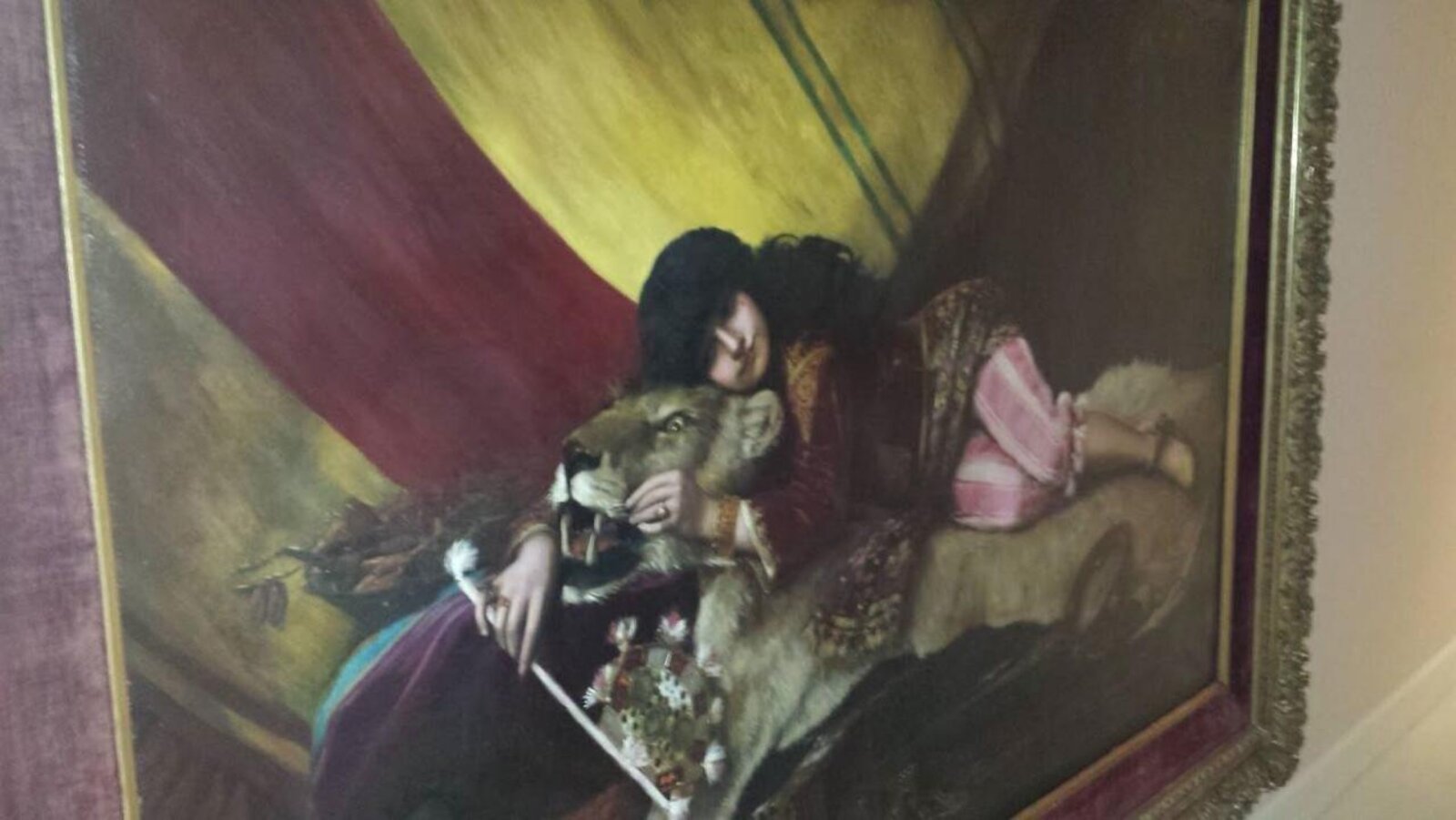 Personally, we like to imagine Epstein wandering around the island like a kid on an Easter egg hunt looking for where the cows have gone to.

There was also reportedly a “flamingo stocked lagoon”. Epstein was so filthy rich we aren’t entirely sure if this was a place with more weird statues or actual animals, but the ostentatious image of a lagoon packed with actual living birds seems to be well within his personal tastes. 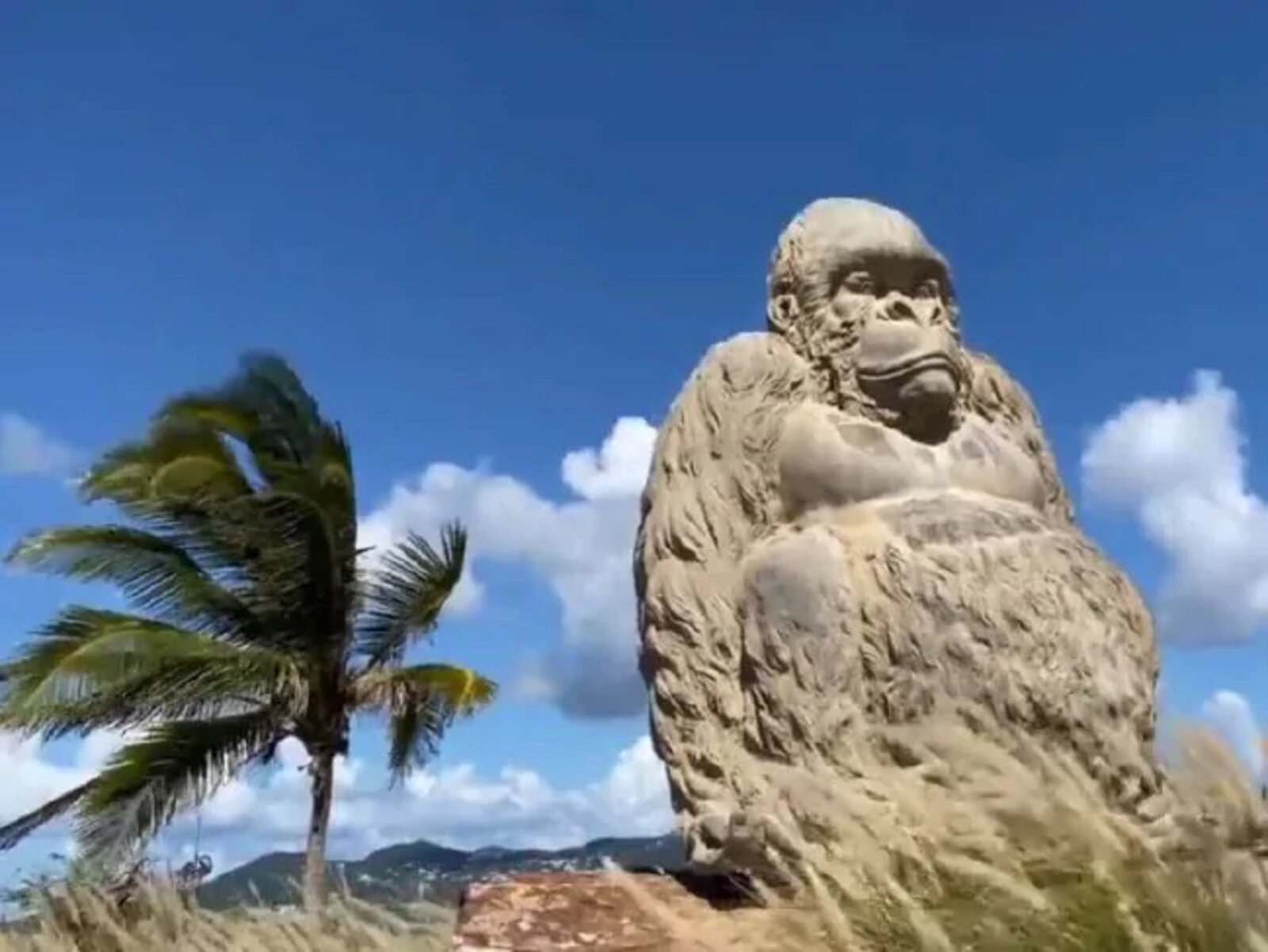 Epstein had his own cellular phone network installed on the island. It’s believed, aside from possibly more reliable service, that having his own personal cell network on the island allowed Epstein to control the communications occurring on his island.

With no way to contact the outside world without your cell phone connecting to the island’s network, it’s possible Epstein was able to monitor communications and potentially even terminate them by turning the network off if he didn’t like something. 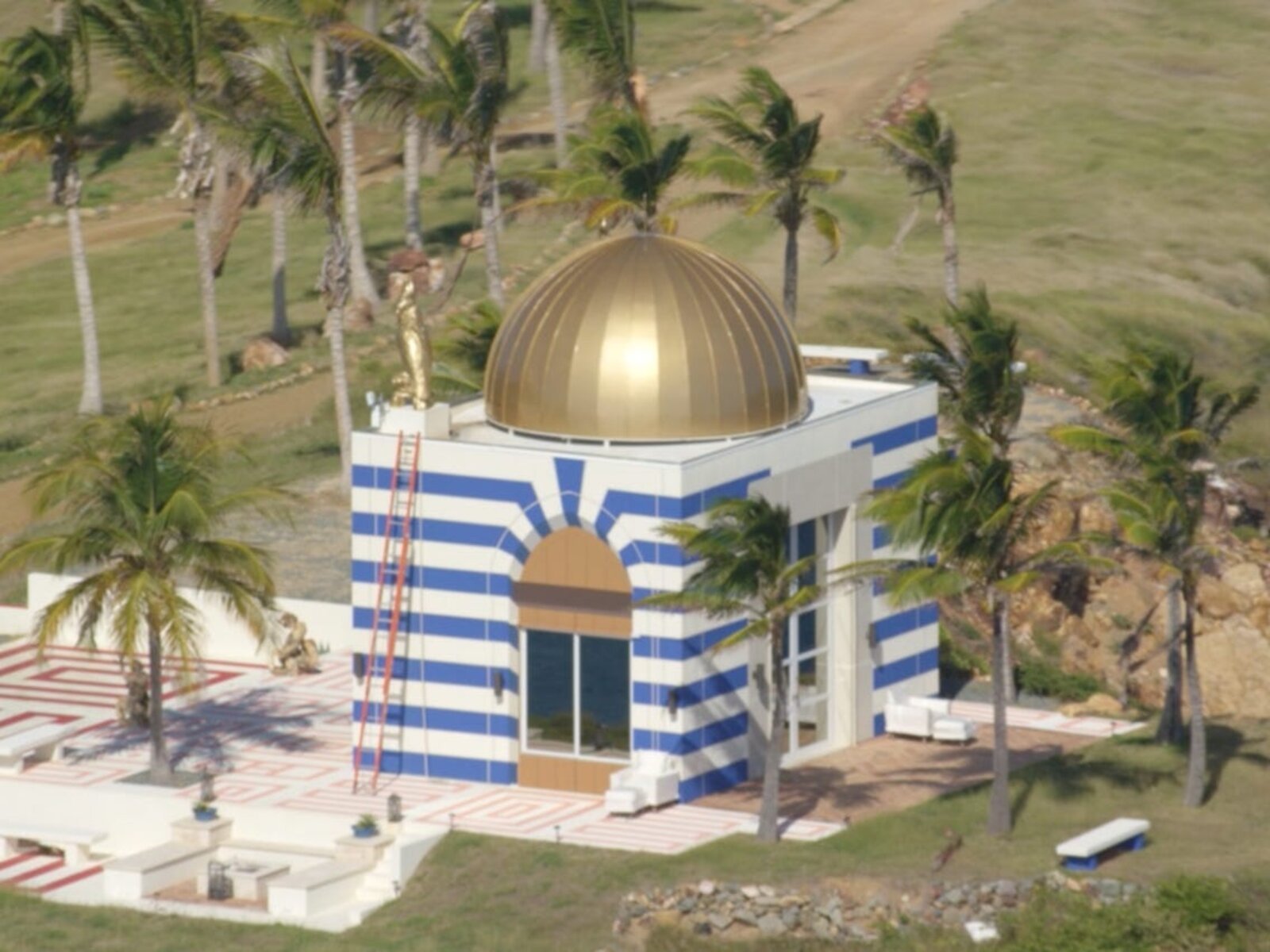 The odd temple-like building can’t go unmentioned. This blue and white striped building has been theorized as having all kinds of purposes. From a secret entrance & exit to the main compound, a music room, exercise room, or a sex “dungeon” where Epstein could commit some of his more horrifying crimes in peace.

Nobody is certain, but a couple of young men recently snuck onto the island and learned a little bit more. For starters, Jeffrey Epstein’s initials are carved into the outside of the building. The big front door is also fake. Instead, the real door is a sliding glass door.

The young men who snuck onto the island said they were surprised to discover the building seemed to be made of poor quality materials & shoddy workmanship. Since Epstein was so rich they expected he could afford something more well-made. 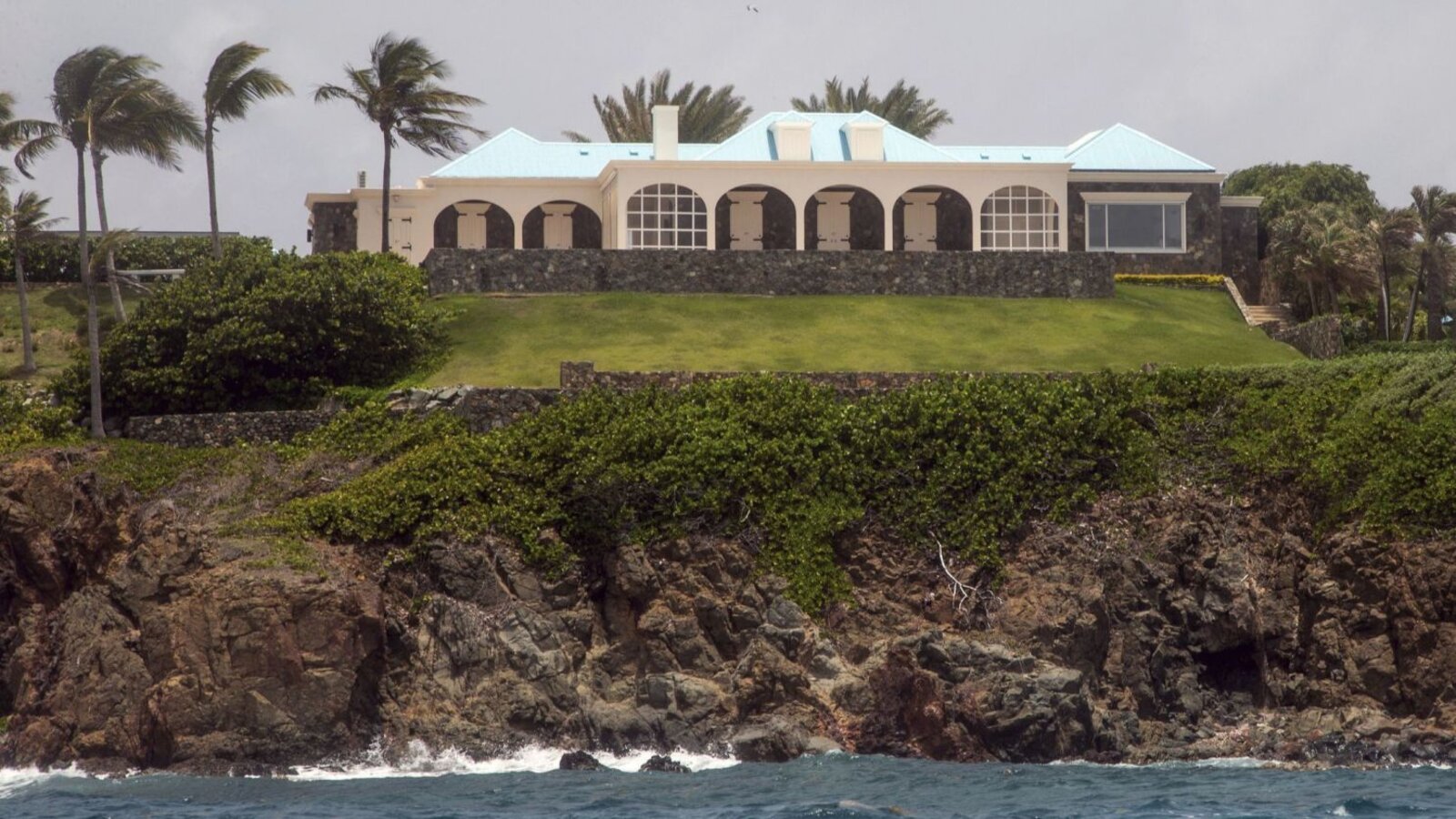 Virginia Giuffre, one of Epstein and Ghislaine Maxwell’s main accusers has stated that Epstein liked pink bed sheets. The reason why? Apparently it reminded him of female genitalia.

Giuffre also claims to have once been hidden under some pink bed sheets so as not to be seen by Alan Dershowitz. Dershowitz denies this, but if she was being hidden technically he wouldn’t know if this happened or not.