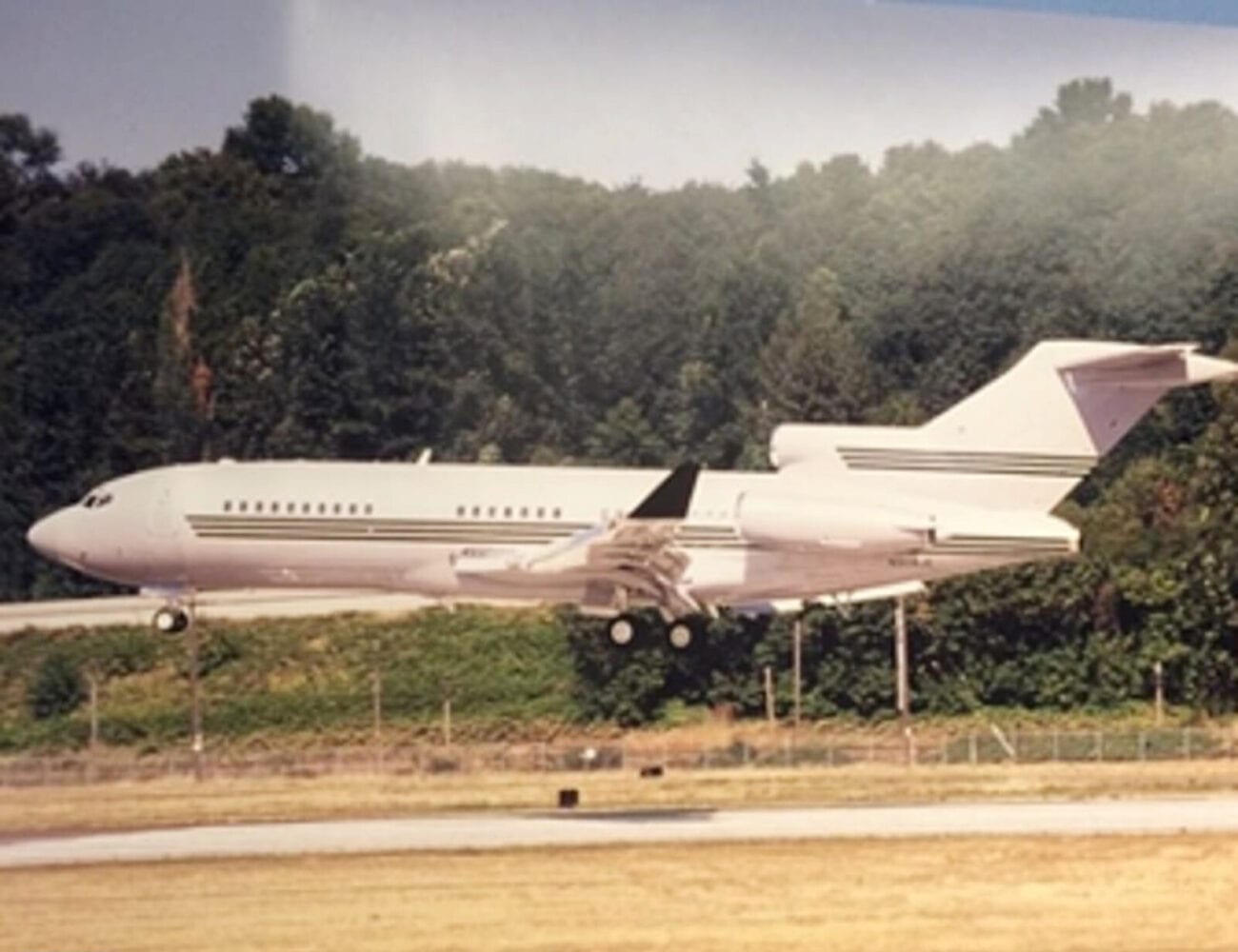 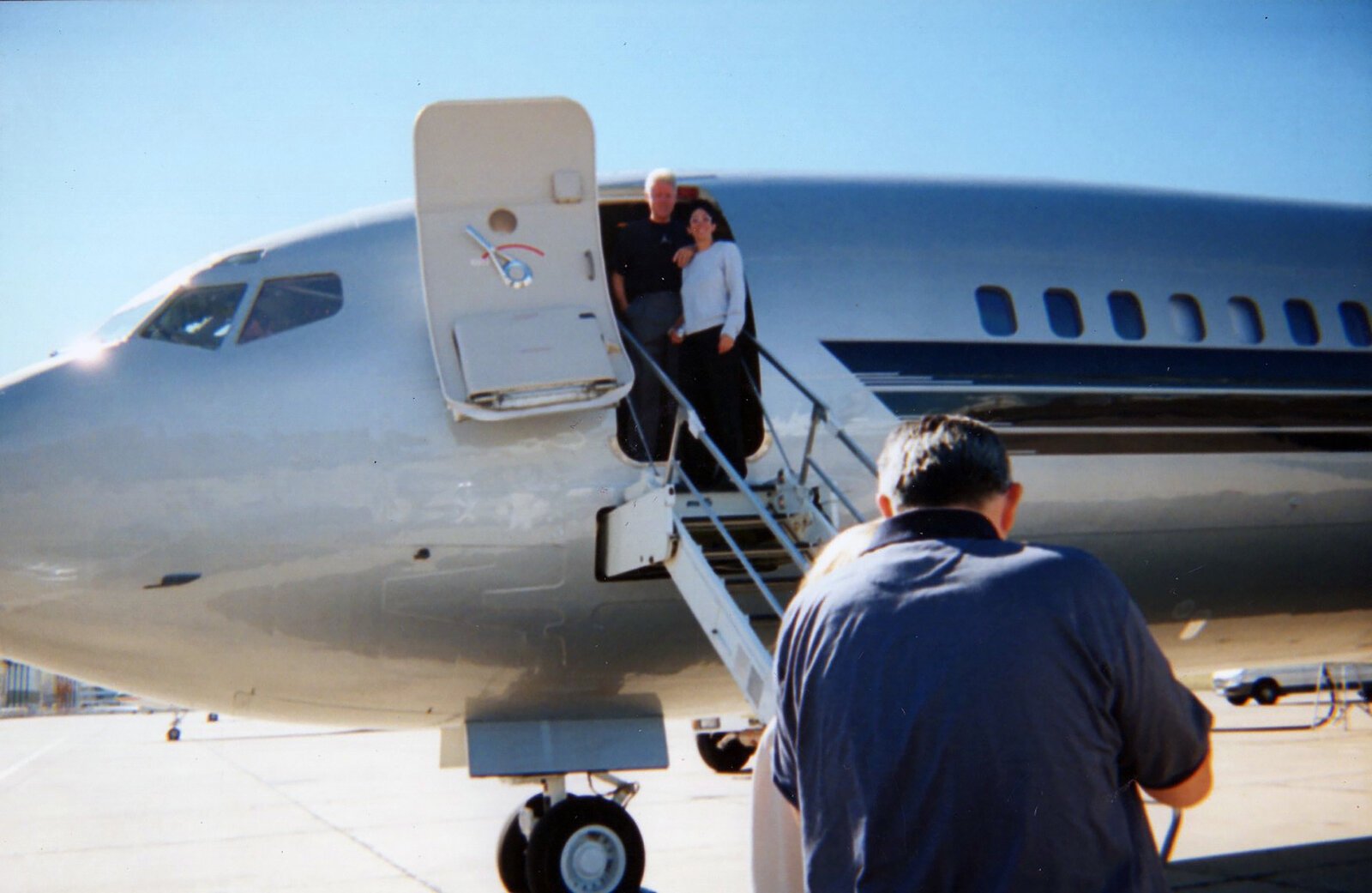 New photos have been released of what the inside of the Lolita Express looks like. One aviation consultant, James McCloskey, recently described it as a “creepy 70’s disco era playground”. McCloskey was given a tour of the plane in March of 2020 while scouting for planes to use in the film industry. 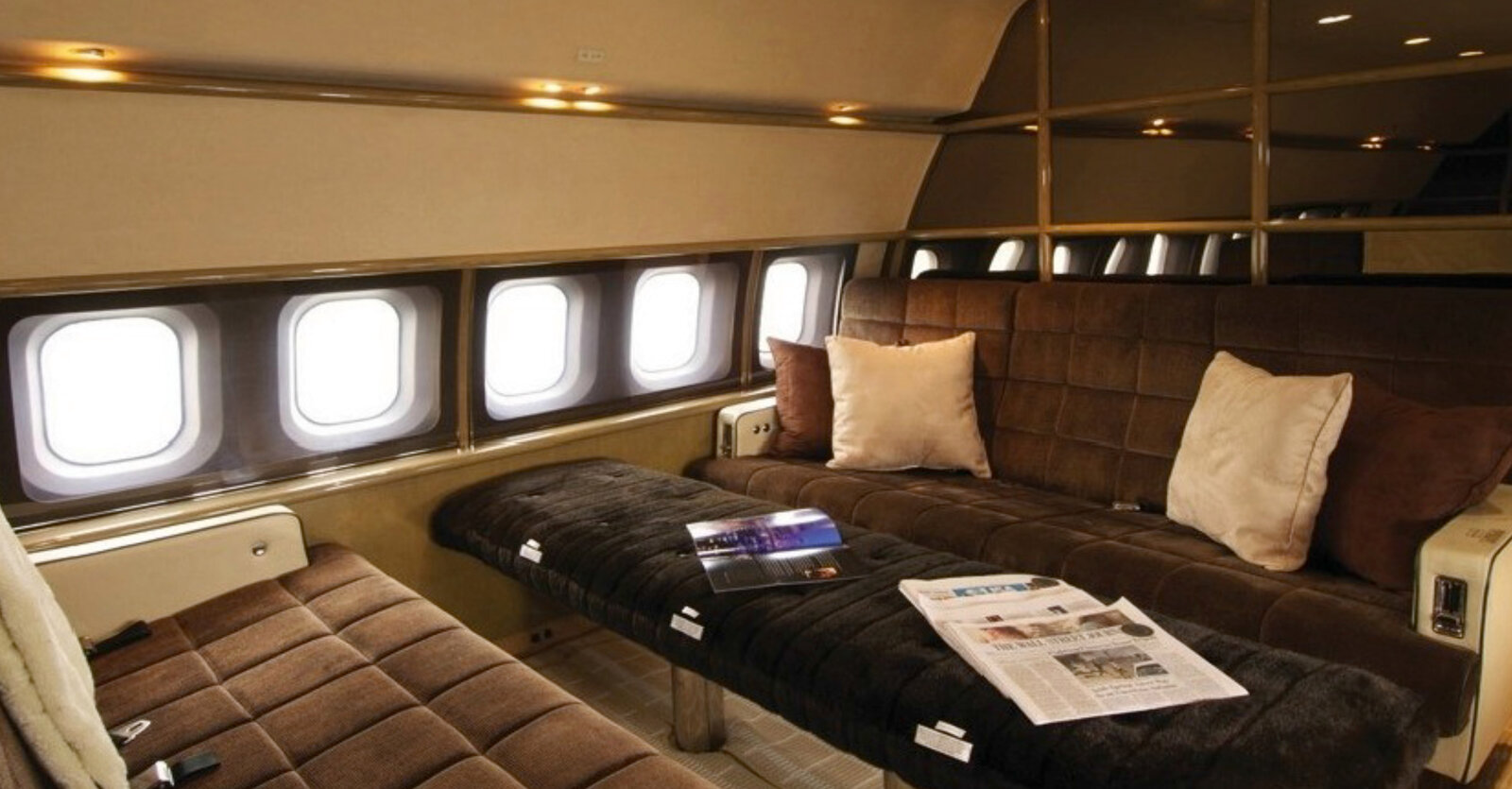 McCloskey took dozens of photos of the planes interiors showing sex seats and a bed where group sex took place. McCloskey pointed out that everything in the Lolita Express lays out to be a bed and that “It’s not like the aircraft is set up for a business meeting, because it’s not. There’s no chairs for anyone to sit in, except for the lie-flat chairs.”.

McCloskey goes on to describe the interior of the Lolita Express as something that Elvis could have flown in, since it was covered in velour and bright red colors. 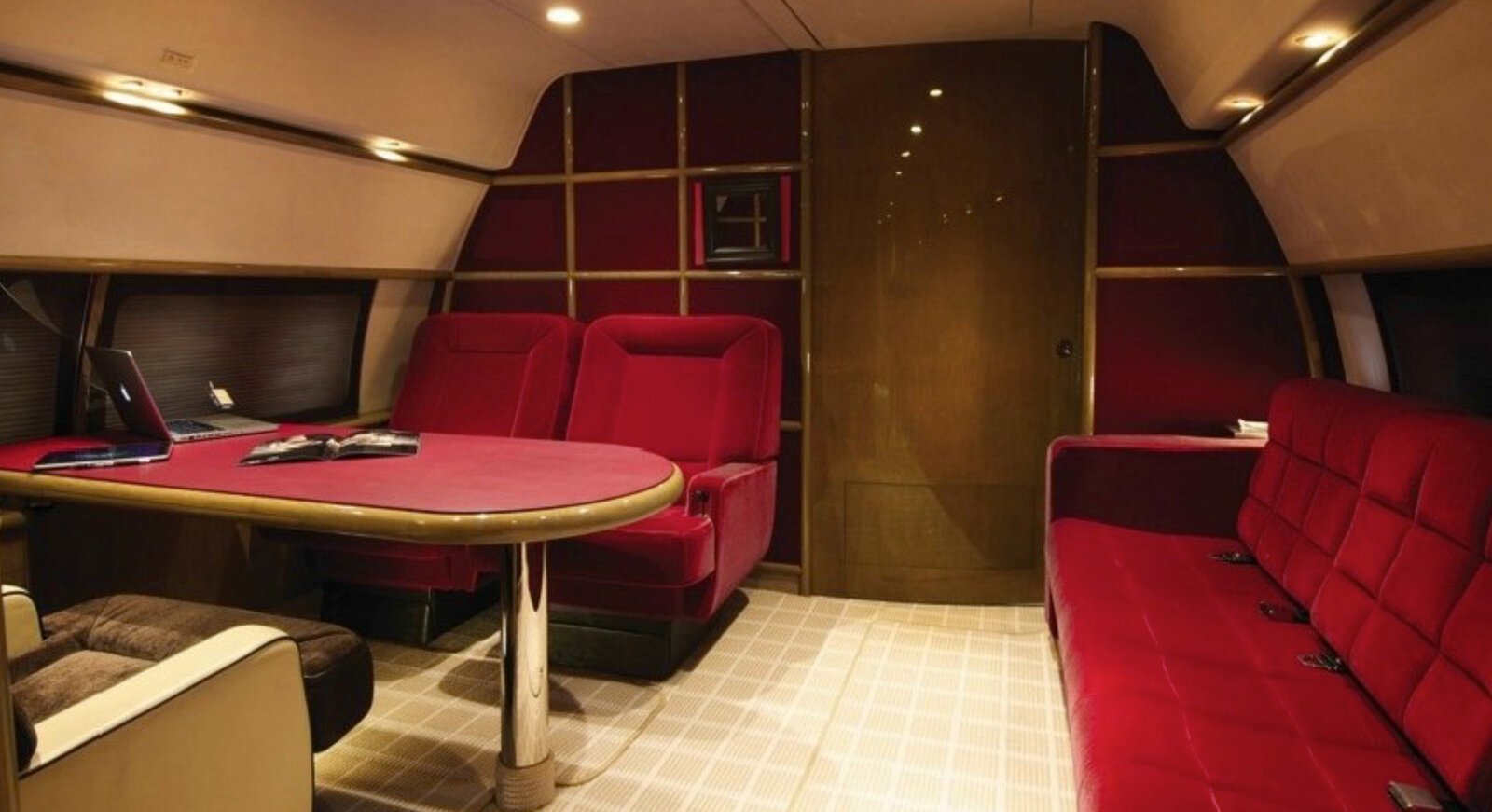 The floors of the Lolita Express are even padded. One victim remembers thinking “Wow, rich people are weird. I was so stupid and naïve – why are padded floors cool? I was too young to get it.” 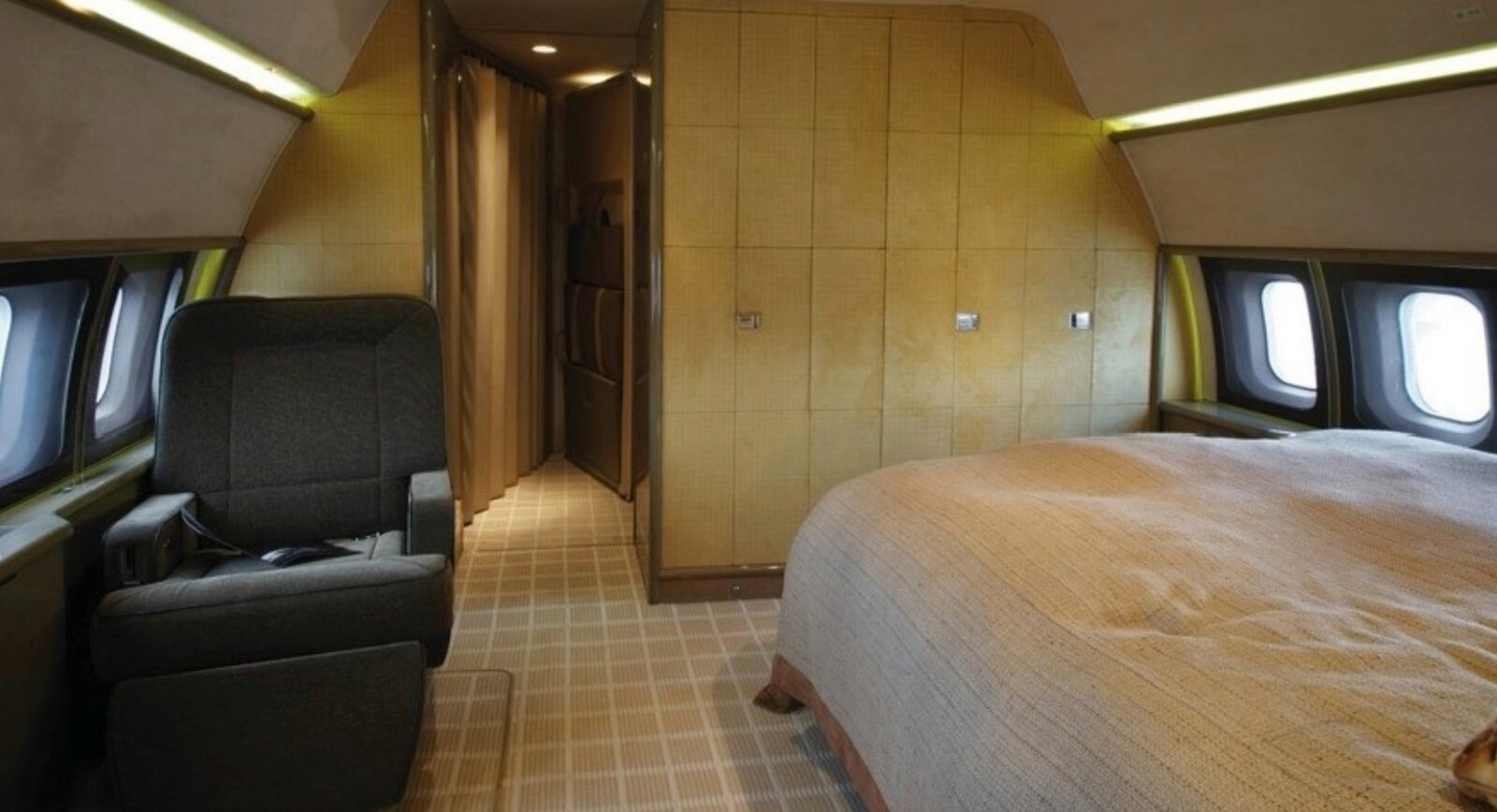 Inside the Lolita Express is where Jeffrey Epstein staged many of his crimes. On 60 Minutes Virginia Roberts Giuffre described her abuses at the hands of Epstein and Ghislain Maxwell and said that the abuse didn’t stop in the air. When asked where Giuffrre had sex with Maxwell, we responded “If we’re going to talk about other countries we’ve got to talk about international travel space.” 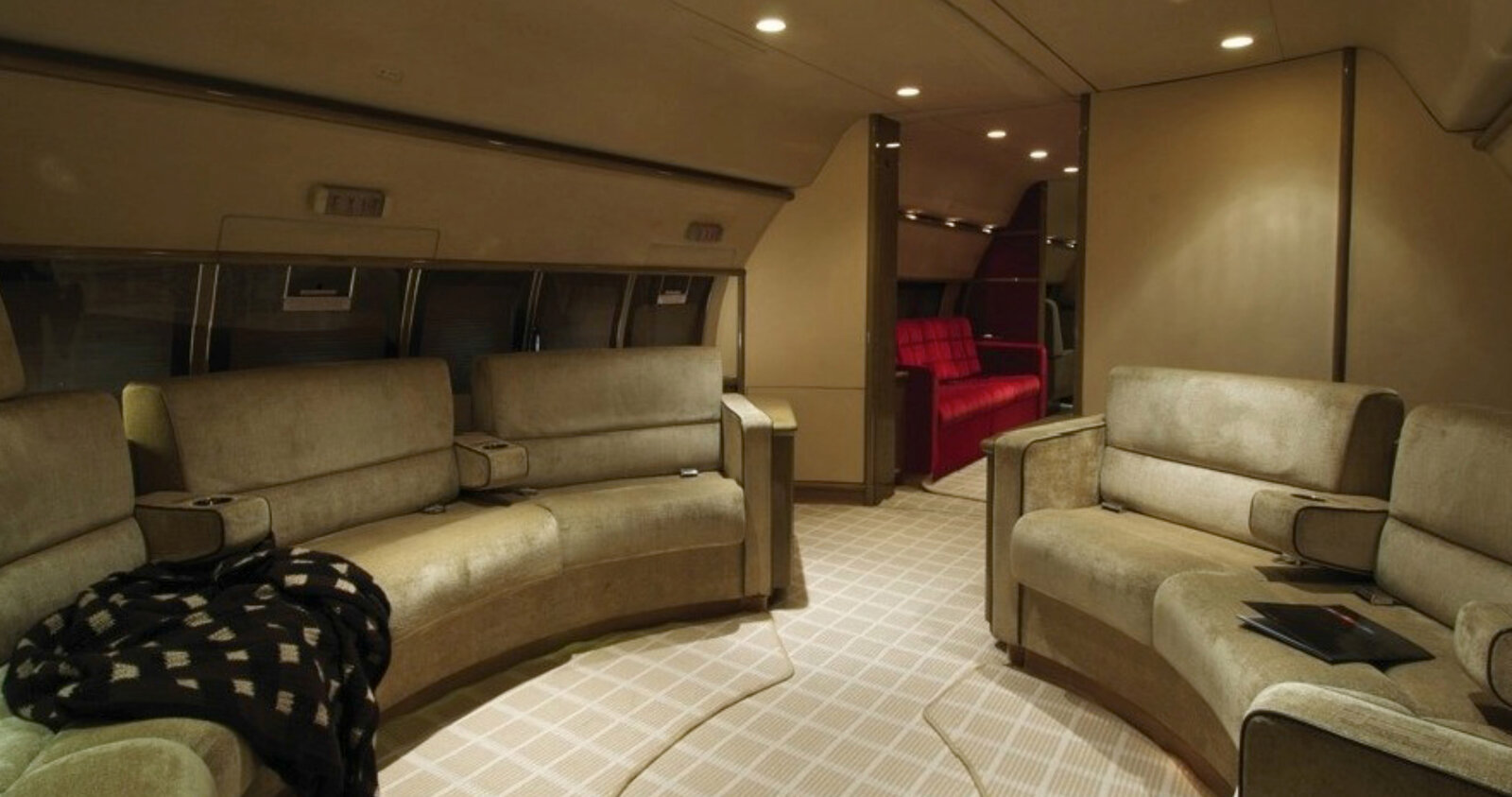 Can justice be served over international airspace?

The Lolita Express was a convenient place to abuse underaged girls because it was regularly in international air space. This could have been a calculated decision on the part of Jeffrey Epstein and his associate. Without falling in any jurisdiction, the abuses may be out of reach for some legal bodies or prove to be a reason for an international case to be made. 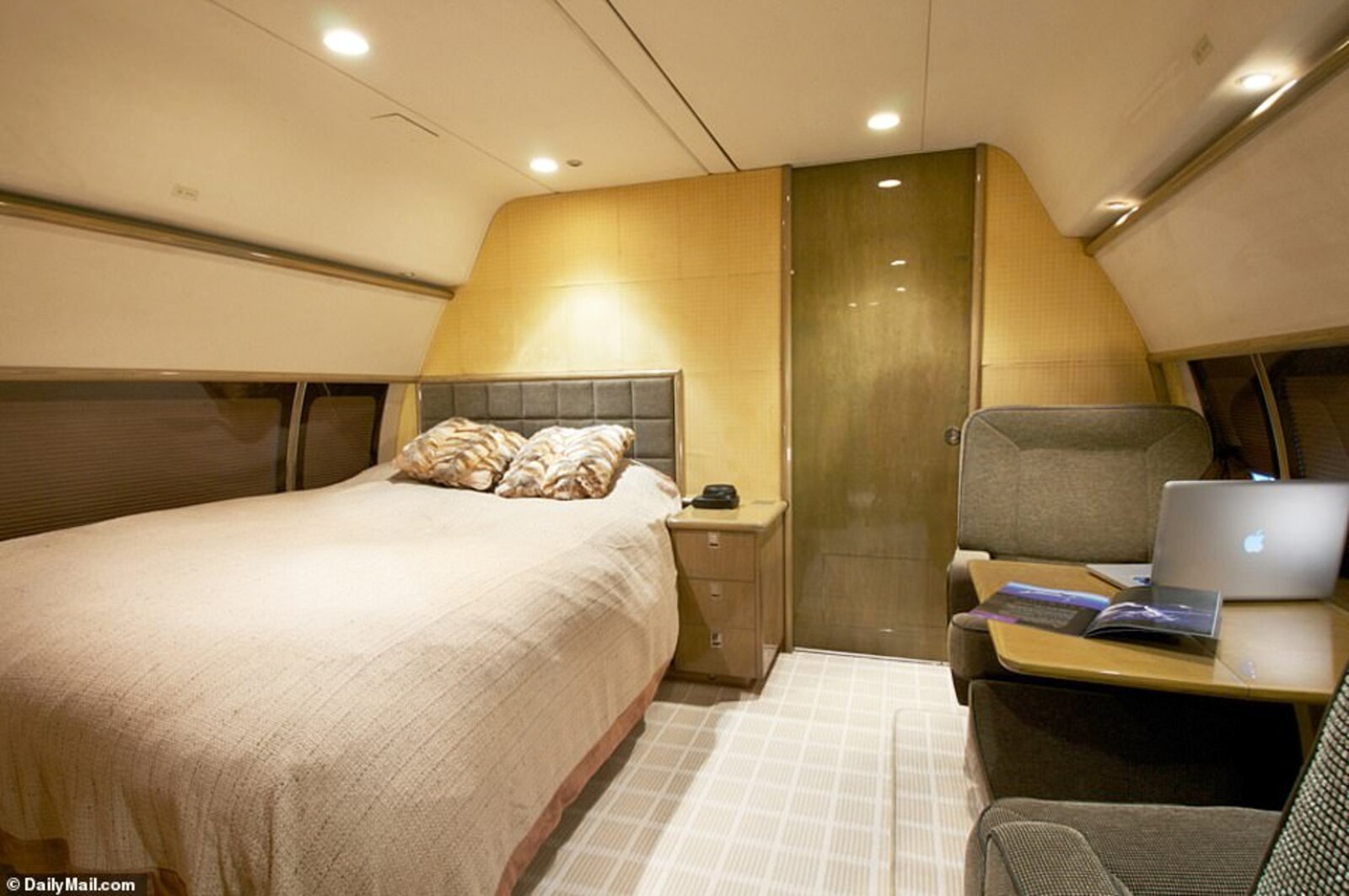 The Lolita Express captain is important

The pilot of the Lolita Express, Lawrence “Larry” Visoski, worked for Jeffrey Epstein for over 20 years and many believe that he has important knowledge of what went on in the skies. Visoski has reported in the past that he knew minors were on board, but he had never suspected Epstein of having sex with them. 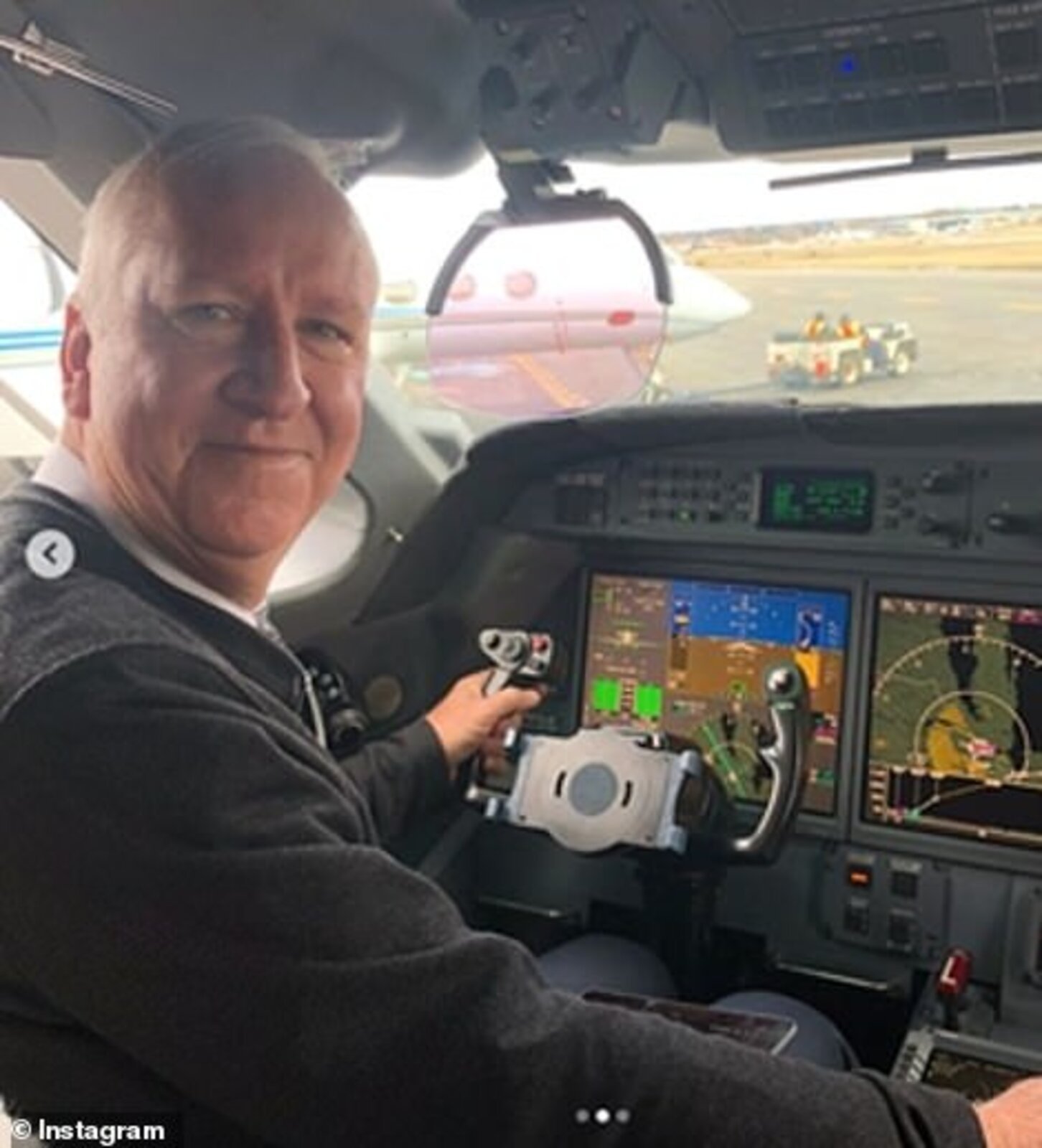 Lawrence Visoski may have seen it all

Visoski revealed in a 2009 civil case that he recalled Bill Clinton was on at least 20 flights with Jeffrey Epstein. When asked if he remembers seeing Clinton on the plane with younger girls, Visoski said “No”. Visoski lives in Palm Beach and many of Epstein’s flights to his pedophile island on Little Saint James start from either Miami or Palm Beach International Airport.

Aside from the Lolita Express, Epstein had $80 million dollars worth of planes that Visoski would pilot. Visoski flew Jeffrey Epstein’s planes all around the world including flights to Bratislava, Slovakia, France, Mexico, Morocco, Dubai, the Carribean, various undisclosed locations, and the United States. It’s likely that Visoski is an important witness to the abuses that took place across the globe.