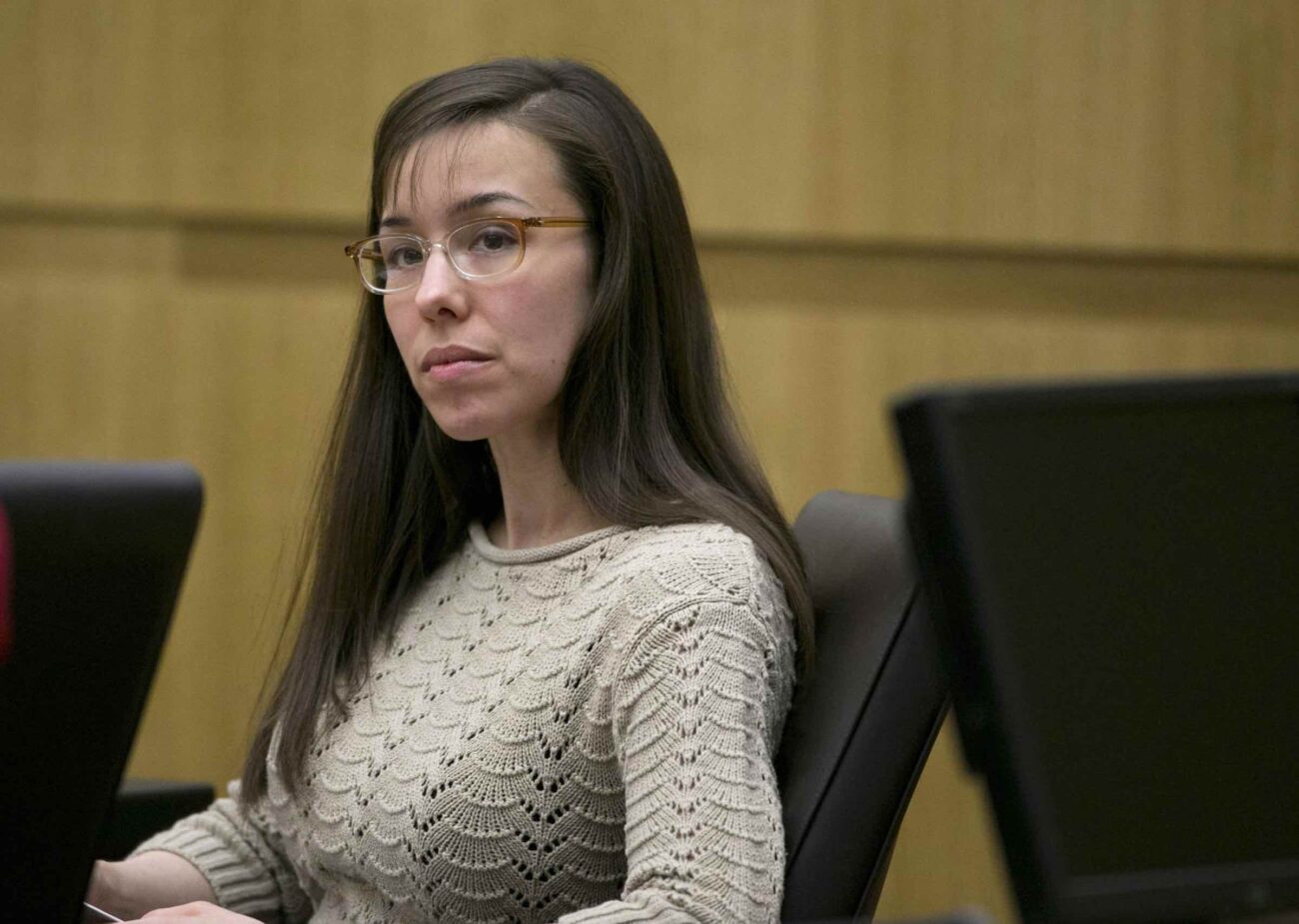 Did Jodi Arias ever confess to the cruel murder of Travis Alexander?

A steamy romance between lovers can quickly burn out but how does a fiery flame turn into a deadly murder? In 2013, Jodi Arias sang “O Holy Night” while police took her into custody for the first-degree murder of her former boyfriend, Travis Alexander.

Even though their romance was short-lived, Jodi Arias & Travis Alexander had a passionate love affair that turned fatal.  When Jodi Arias was questioned about Alexander’s death, her story changed on multiple occasions. Did Jodi Arias ever confess to the cruel murder of Travis Alexander? Here’s what we know. 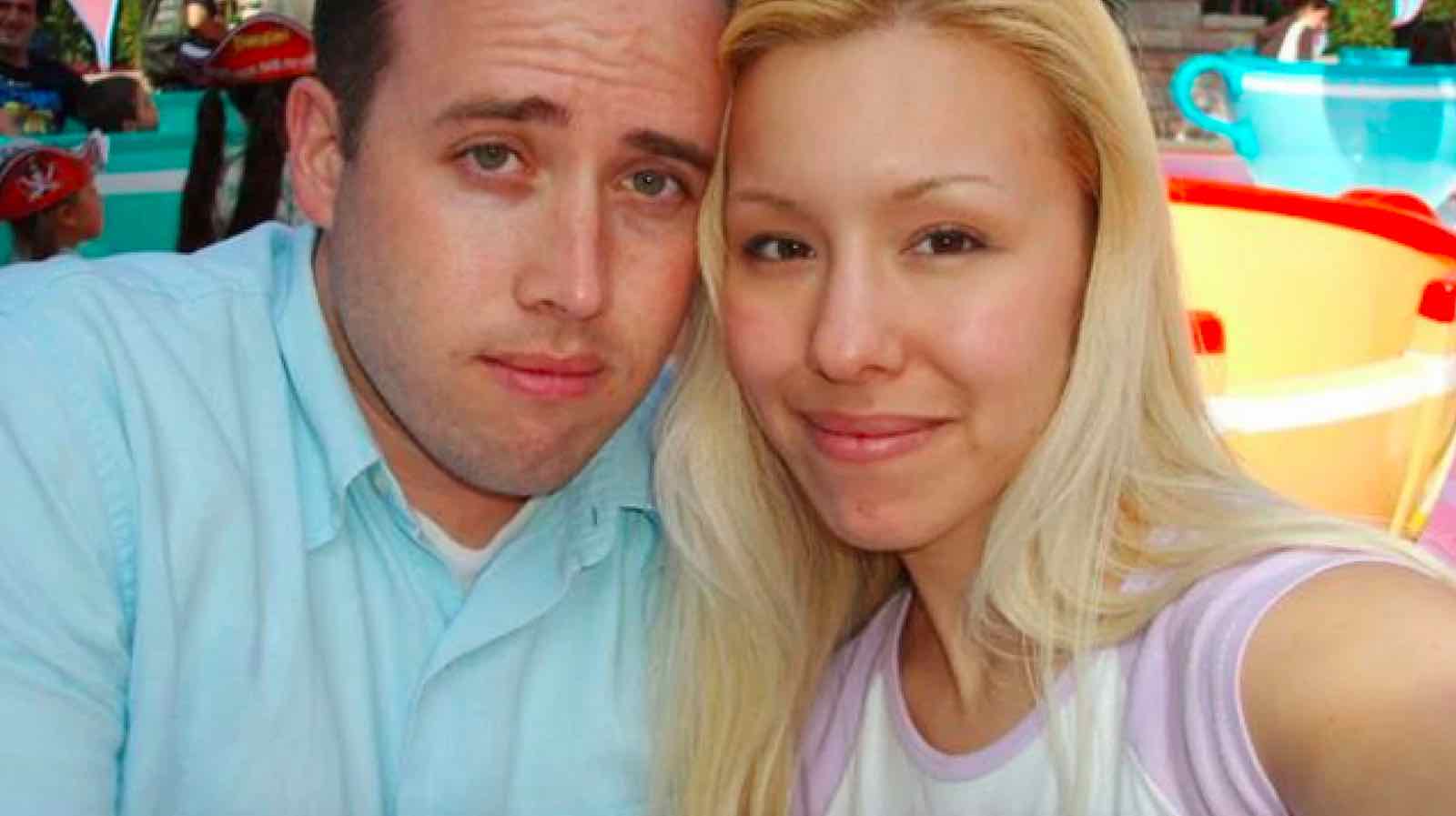 Twenty-eight-year-old Jodi Arias was looking for opportunities with a network marketing company called Pre-Paid Legal Services, Inc. when she met Travis Alexander at a company convention in Las Vegas in September 2006.

Alexander invited Arias as his guest to a company party upon first meeting. People in attendance noticed strong chemistry between them and according to a close friend of Alexander, Sky Lovingier Hughes, Alexander & Arias stayed up until 4:00 am talking that night. The next day Alexander told Hughes that he had found his future wife.

In an e-mail,  Alexander wrote, “I went from intrigued by her to interested in her to caring about her deeply to realizing how lucky I would be to have her as part of my life forever. . . She is amazing.” Everything seemed peachy keen until disturbing revelations about Arias came to the surface. 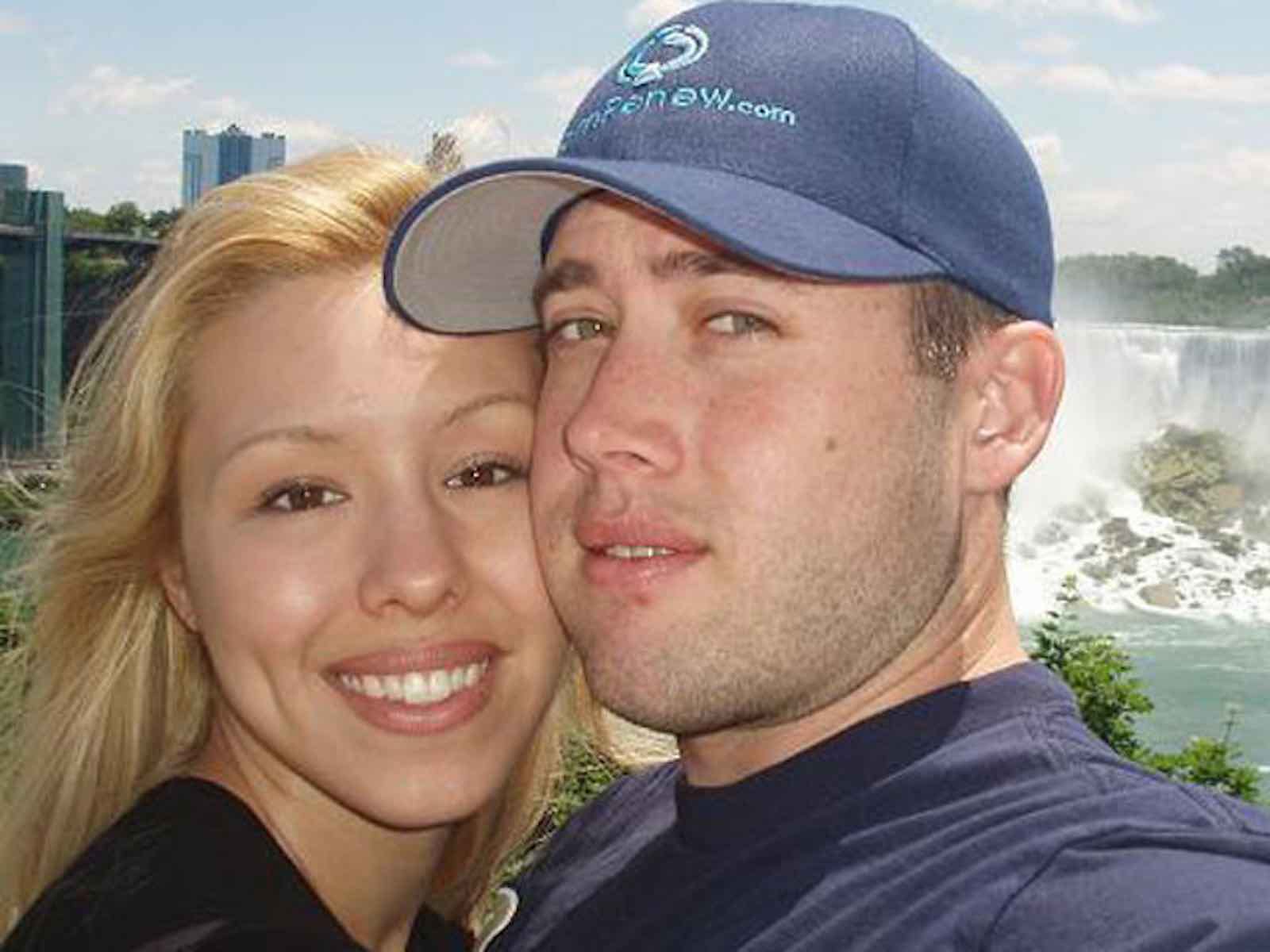 The guilty Mormon and the blonde vixen

Alexander was a twenty-nine-year-old motivational speaker, salesman & devout Mormon. Arias & Alexander were having pre-marital sex which is strictly forbidden in the Mormon faith.

The guilt about their sexual relations was starting to affect Alexander. His close friends began to notice the emotional battle between his faith and his relationship with Arias. Alexander had even sent missionaries to Arias’ home, and she eventually converted to Mormonism. Yet internally, Alexander eliminated Arias as marriage material because he wanted to marry a virginal woman.

Although the relationship wasn’t an ideal Mormon courtship leading to marriage, Alexander was pretty taken with the blonde vixen. He often envisioned marrying Arias  and creating a future with her despite his religious restrictions. 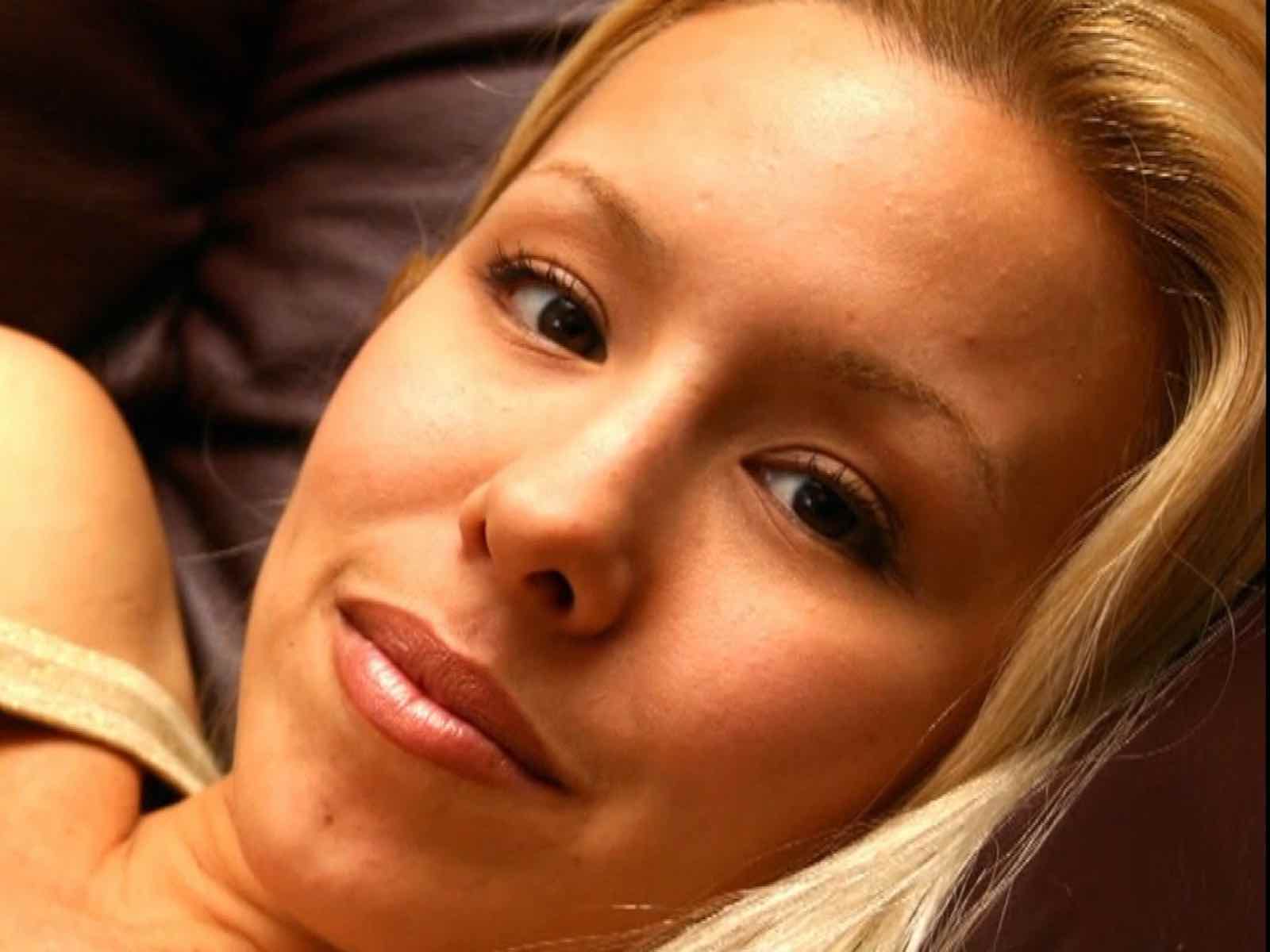 The face of “evil”

The spark between Arias & Alexander turned into an uncontrollable fire. Red flags became visible early on in the relationship. Friends of Alexander noticed his new girlfriend was a little too obsessed with him.

They described Arias following Alexander around social gatherings (even to the bathroom), she would hang all over him during conversations, look through his phone and monitor his e-mails.

On several occasions, Alexander’s friends expressed their concerns with Arias’ behavior. In a specific incident, Hughes & friends pulled him aside to discuss Arias and her unnerving actions. As Alexander was dismissing their doubts about the relationship, Hughes noticed Arias’ presence outside the door. 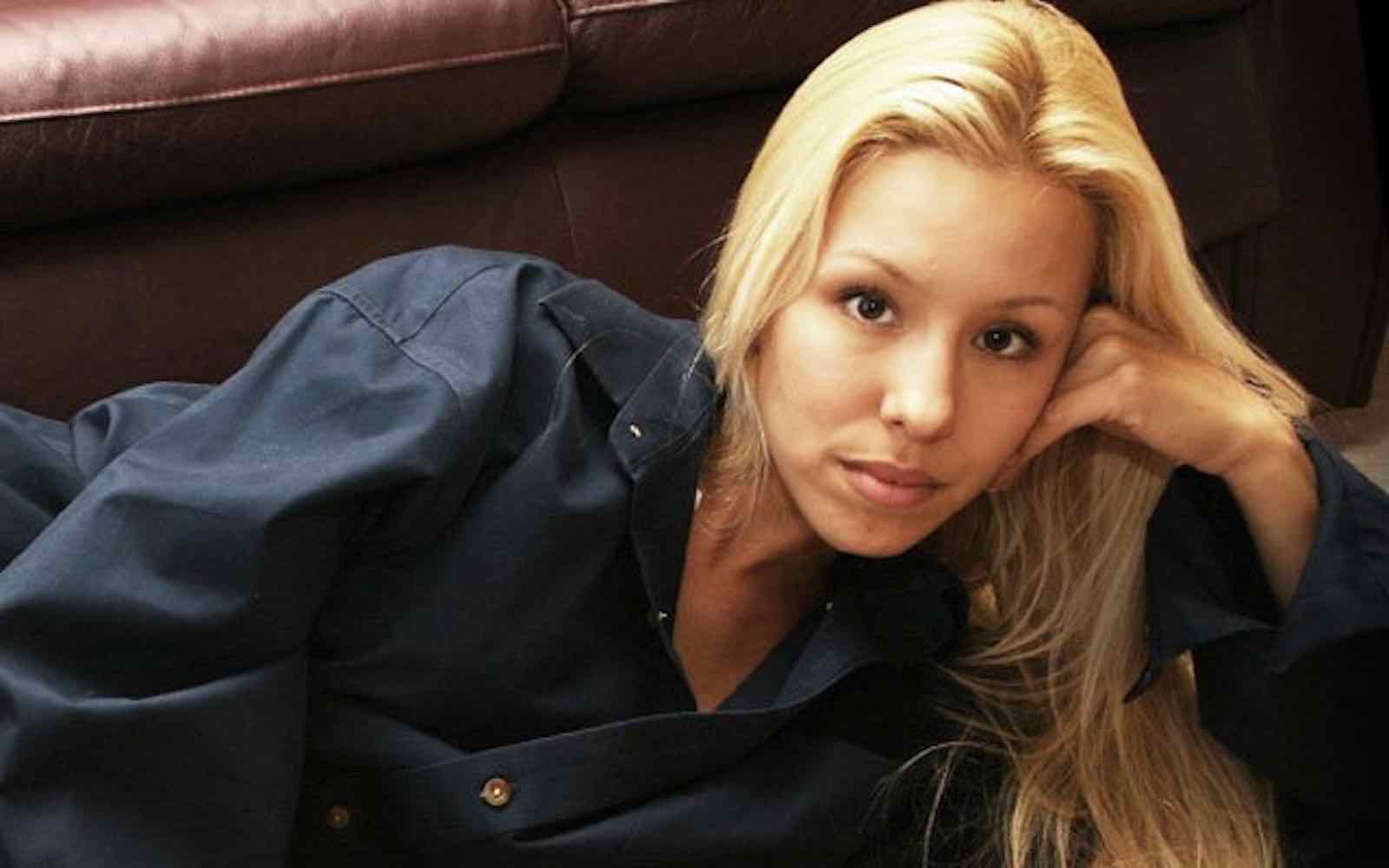 According to ABC, “Alexander didn’t believe them but when he opened the door suddenly, he found Arias standing on the other side . . . Lovingier Hughes described the look on Arias’ face as ‘evil’.” Alexander began to see that his friends had a point, realizing this relationship may not be the best for him. 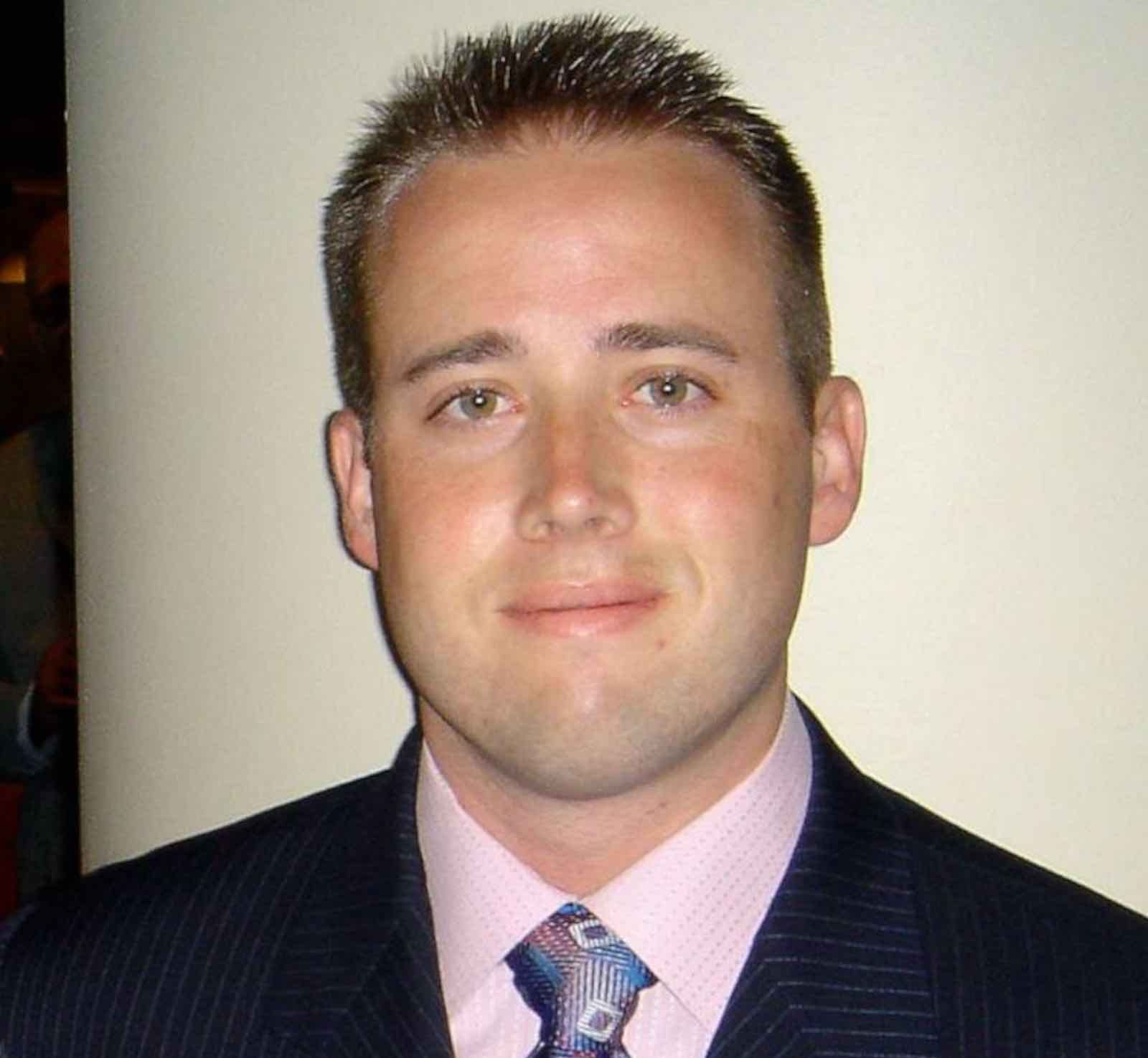 After five months of dating, the couple officially broke up. As a result, Arias moved to Alexander’s city in Mesa, Arizona. It wasn’t long until Alexander & Arias developed toxic patterns post-breakup.

Arias reportedly had shown up at his house unannounced on numerous occasions. They would engage in sex on and off and once Alexander started seeing someone new – Arias began knocking on windows of the new person’s home and running away.

By April 2008, after living in Mesa for about eight months, Arias returned to her family in Yreka, California. Alexander was excited by the news and explained to his friend Hughes, “I finally have my life back”. However, things did not stop there, Arias & Alexander kept communicating via phone calls & texting — still engaging in phone sex. 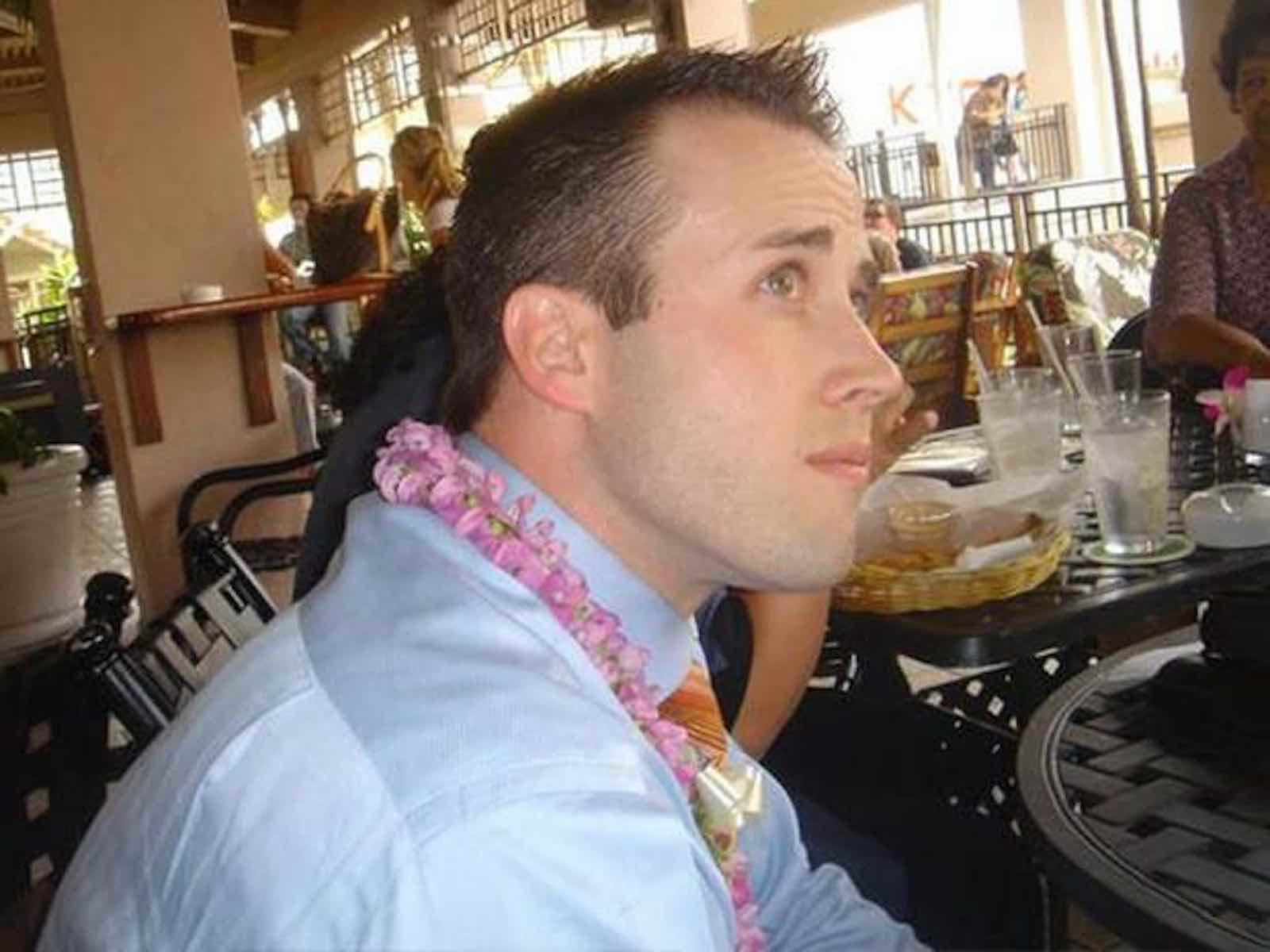 Not long after, Alexander disappeared before a trip to Cancun. Many friends & family tried to reach him for several days and didn’t receive a response. Alexander was found dead on June 9th, 2008, with his body hunched over in the bathroom of his home.

Authorities later determined that Alexander had been dead for several days. He had been stabbed at least twenty-seven times, his throat had been cut ear to ear and he had also been shot in the head. 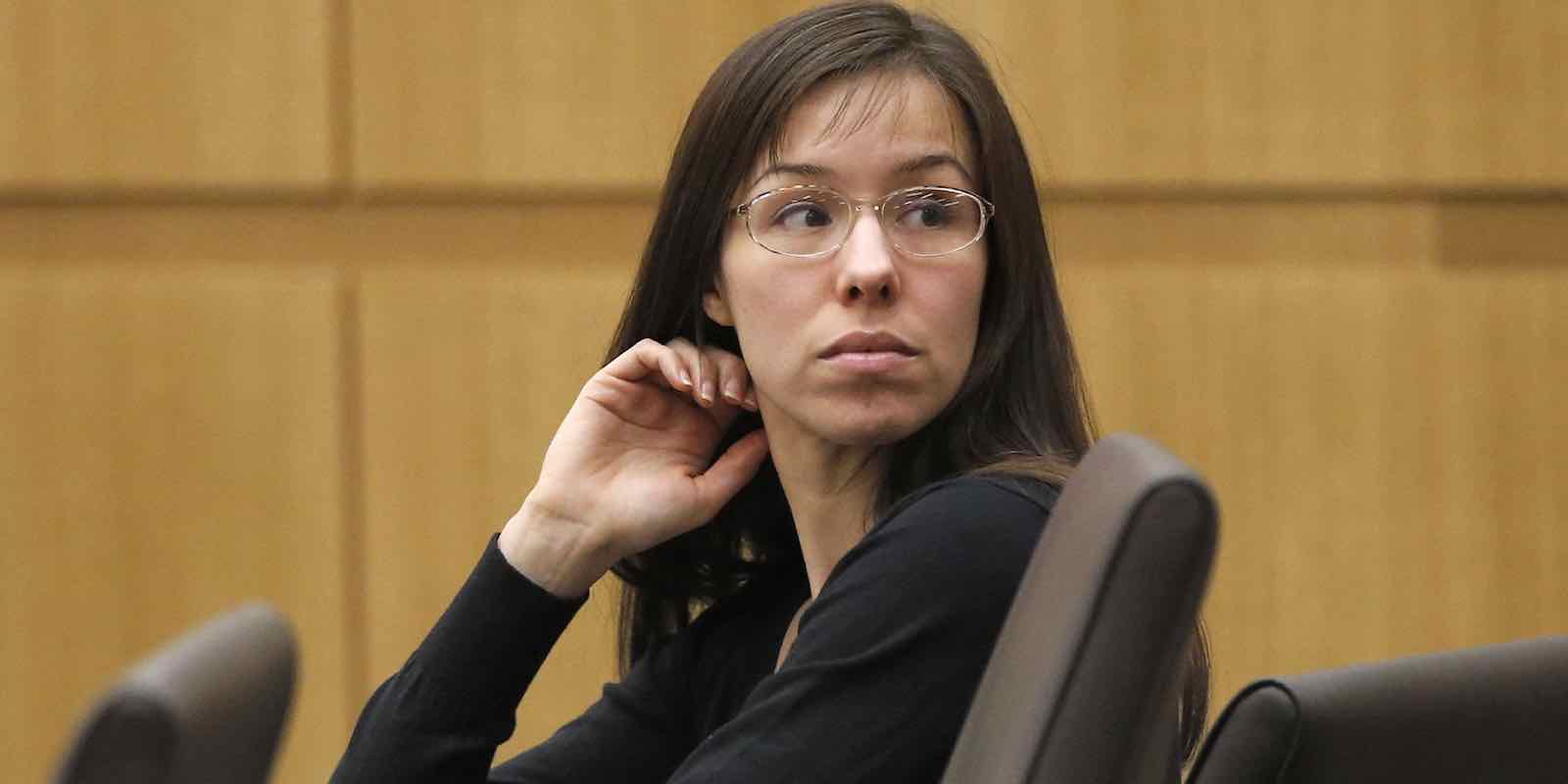 All signs point to Jodi

Arias denied being in Arizona during the time of the murder. During his memorial, she agreed to get her fingerprints taken for forensic evidence. The authorities later found the blood from both Arias & Alexander on a palm print and analyzed a computer chip that contained explicit photos of the ex-lovers on the day of the murder.

All signs were pointing to Arias as the murderer. The authorities showed her graphic photos of the two of them containing the timestamp the day of the murder. Jodi denied ever being there.

In May 2013, the jury found Arias guilty of first-degree murder in Alexander’s death. A judge sentenced Arias to life in prison without the possibility of parole after two juries could not agree whether or not to sentence her to death. 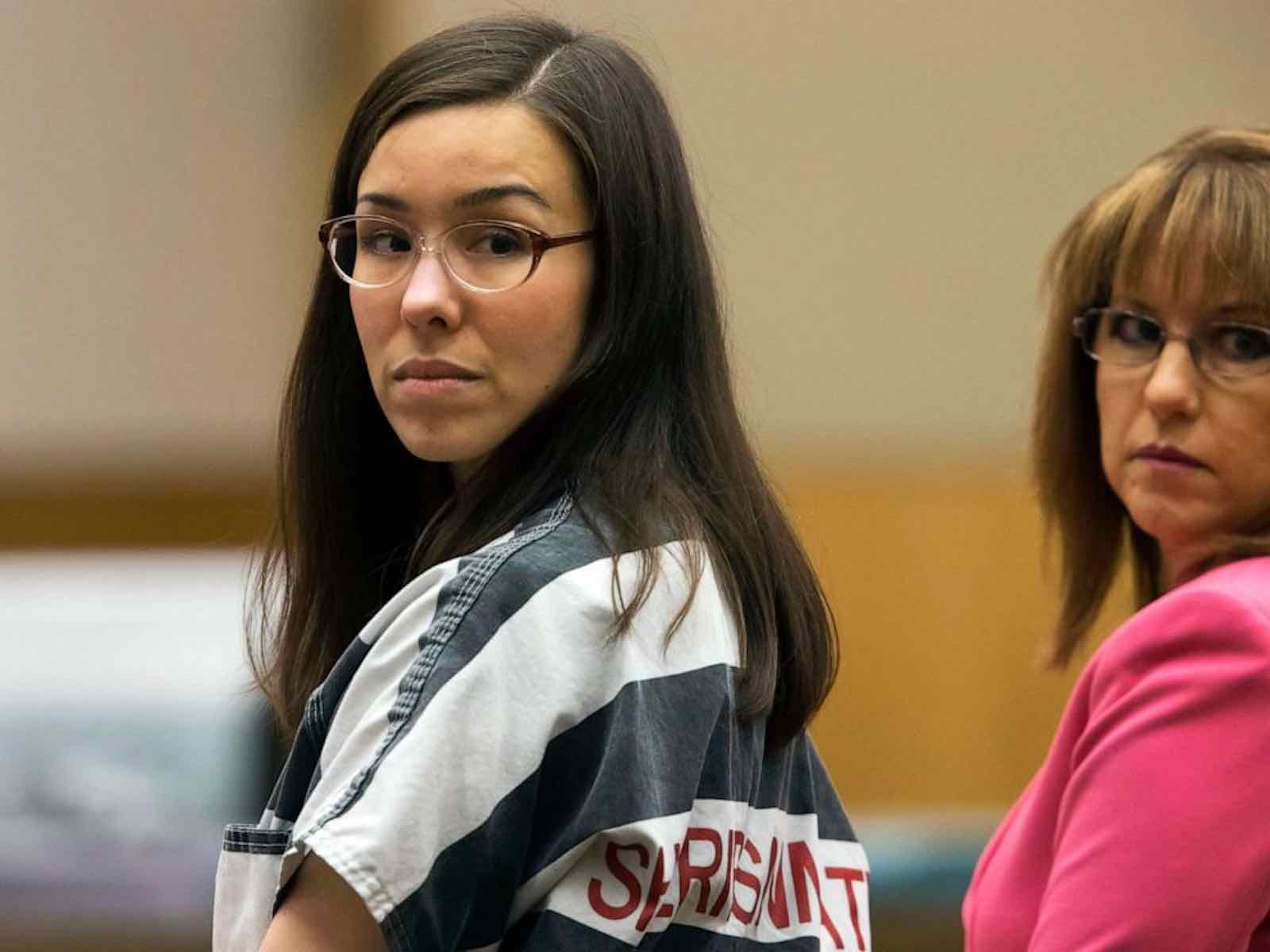 Arias’s story changed multiple times from the time she spoke to the authorities to the time she was in court. The defense claimed she did kill her ex-boyfriend Travis Alexander but out of self-defense.

While in prison Arias has applied for appeals which have been repeatedly denied or delayed. She has also been involved in a civil lawsuit with her previous lawyer, Kirk Nurmi in addition to repeatedly being reprimanded for her behavior in prison. 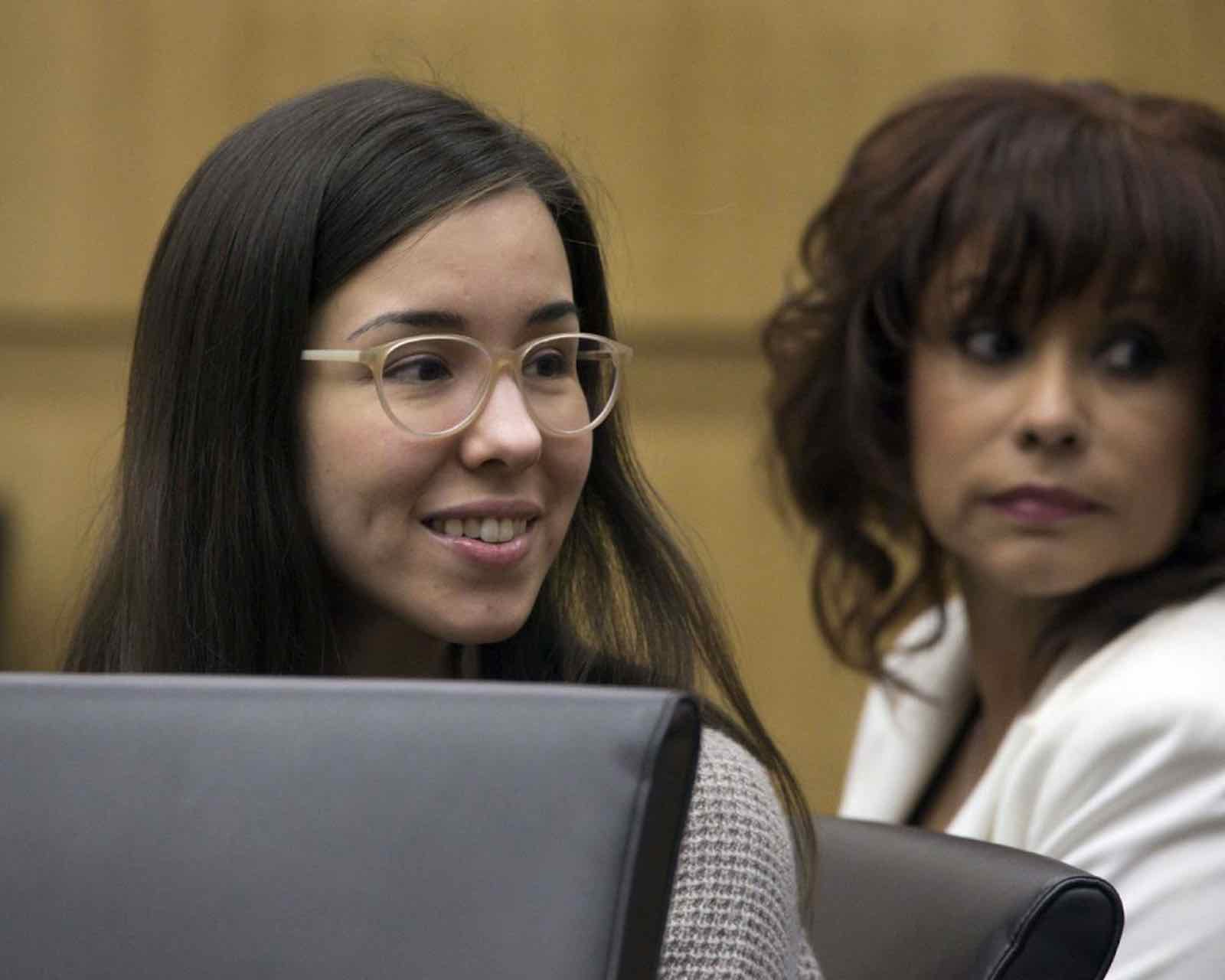 During her 2013 trial, Arias did not plead guilty by reason of insanity. Still, over the years, many have speculated that Arias suffers from a personality or mental disorder. None of these claims have come from professionals who have treated her personally. Arias still asserts that she’s innocent, never fully taking accountability for the murder.