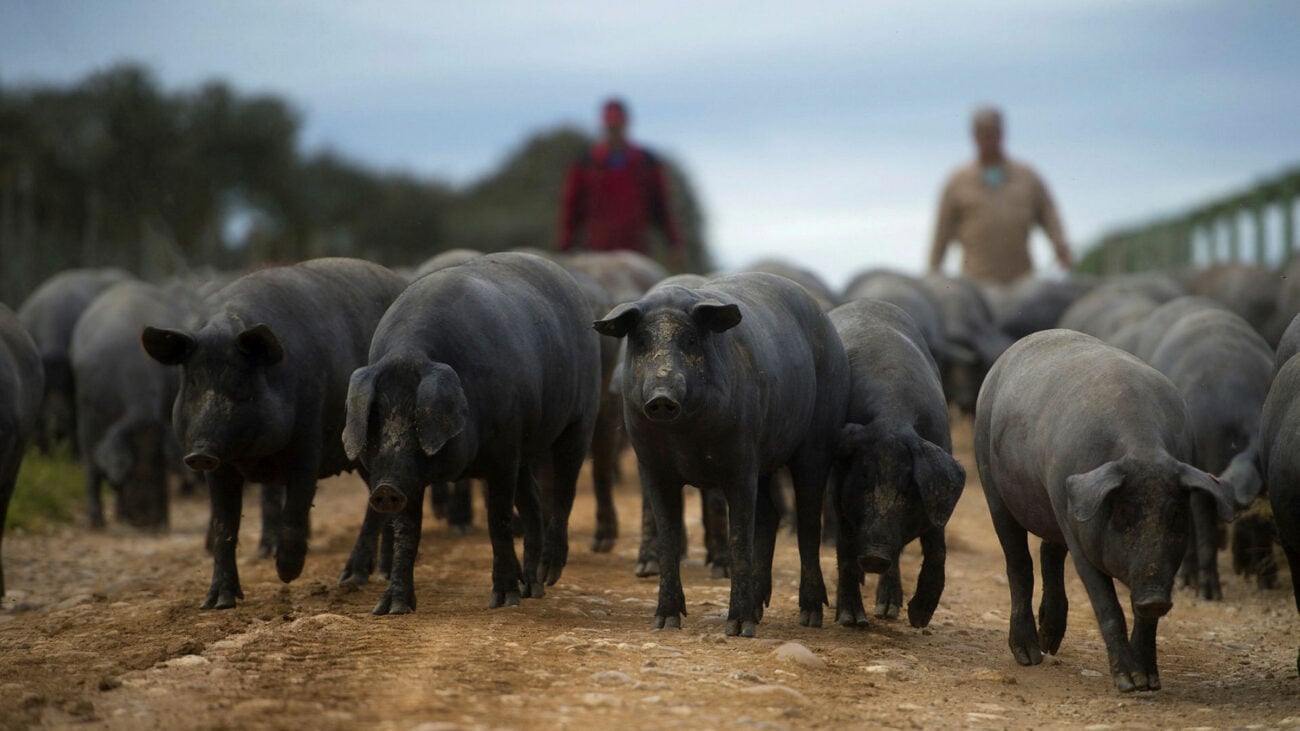 Hiding bodies on a pig farm: Dig out the details in this true crime case

It’s universally acknowledged among true-crime stans that an excellent way to dispose of a body is to feed it to pigs. Pigs will eat anything, and how often do the authorities search a pig farm for remains? It seems like a foolproof way to get away with murder – so good, it’s probably only a thing that happens in movies or on TV, right?

While it sounds like something ripped from a Criminal Minds episode, it was actually the inverse. The Criminal Minds season 4 finale “To Hell . . . And Back” delved right into this true crime technique, ripped right from the headlines and the true crime case of Robert William Pickton, a Canadian pig farmer who was charged with dozens of counts of murder after feeding his victims to his pigs in 2002.

Want to learn more about this harrowing true crime case and the Criminal Minds episode it inspired? Keep reading if you dare! 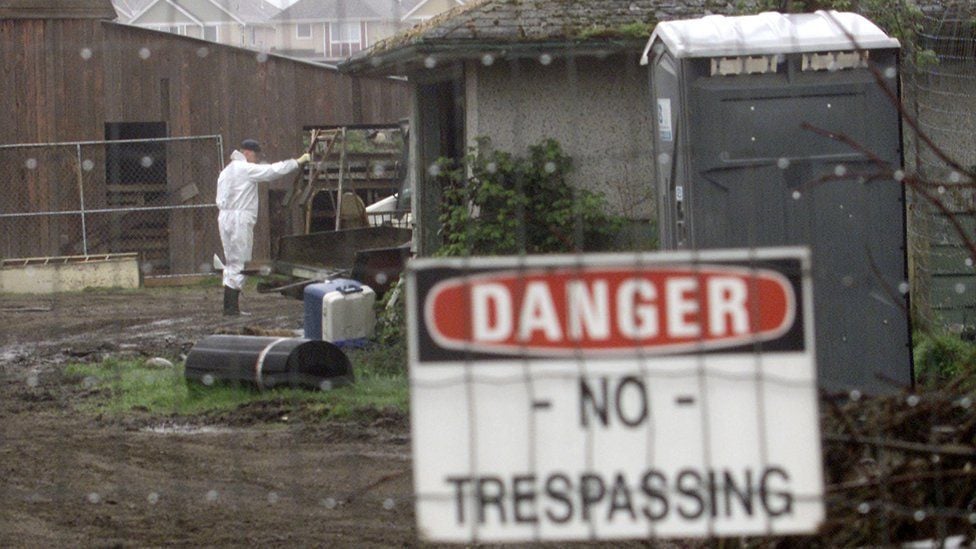 According to Medium, it’s estimated this Canadian pig farmer Robert William Pickton began feeding his victims to his pigs as early as 1983. Pickton was described as a “pretty quiet guy” who lived with his brother on a pig farm in British Columbia (hmmm . . . we hear pretty quiet or nice a lot when it comes to true crime perps).

In the late 90s, Pickton first appeared on authorities’ radar after devoting part of his farm to a nonprofit called “Piggy Palace Good Times Society”, with a stated goal of hosting events for “service organizations, sports organizations, and other worthy groups”. In reality, it was a rave spot for sex workers and members of motorcycle clubs from Vancouver. Authorities shut it down soon after for ordinance violations.

The venue Pickton picked for his “Piggy Good Times” nonprofit was a converted slaughterhouse, and some speculate they may have used the venue & events they hosted to pick some of their victims. 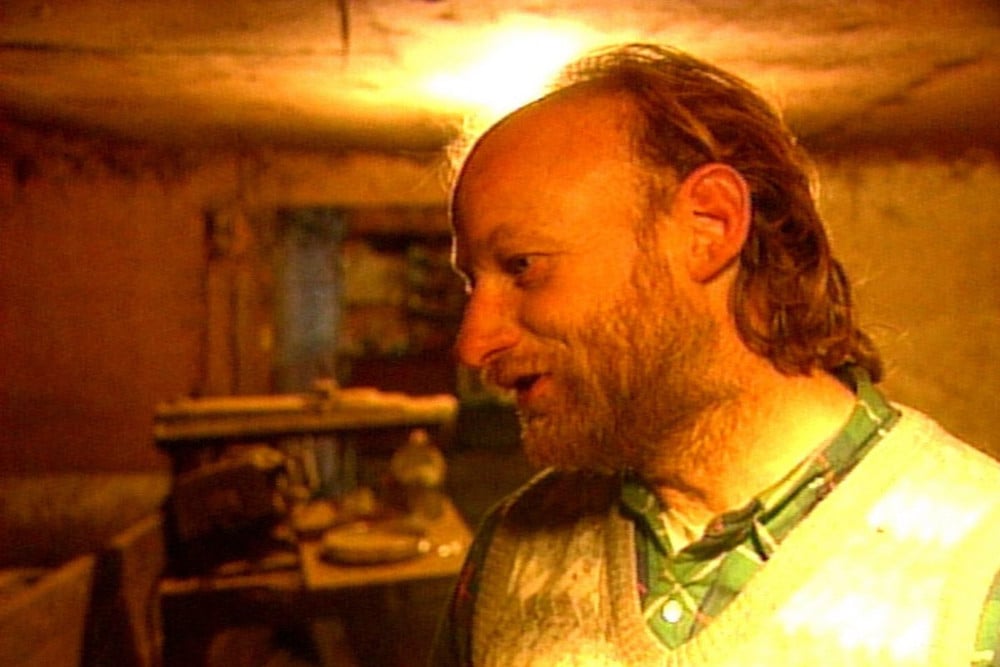 From 1983 to 2002, over sixty women went missing from Vancouver’s east side from impoverished areas. Police didn’t have leads for years, although they reportedly suspected Pickton as a possibility “for quite a while” per The Lineup.

Not only was he on the police’s radar for the “Piggy Palace” nonprofit. He was also charged with attempted murder in 1997. Wendy Lynn Eistetter was a sex worker lured by Pickton. Eistetter told authorities Pickton said he wanted her services, but then handcuffed her and stabbed her in the abdomen. However, the charge was dropped because prosecutors claimed Eistetter’s account was unreliable, citing drug use.

Further, police reportedly had Pickton’s clothes & boots from that arrest but didn’t test the DNA on them until after he was charged with the murders in 2004. They also found a key in Pickton’s pocket which unlocked Eistetter’s handcuffs. 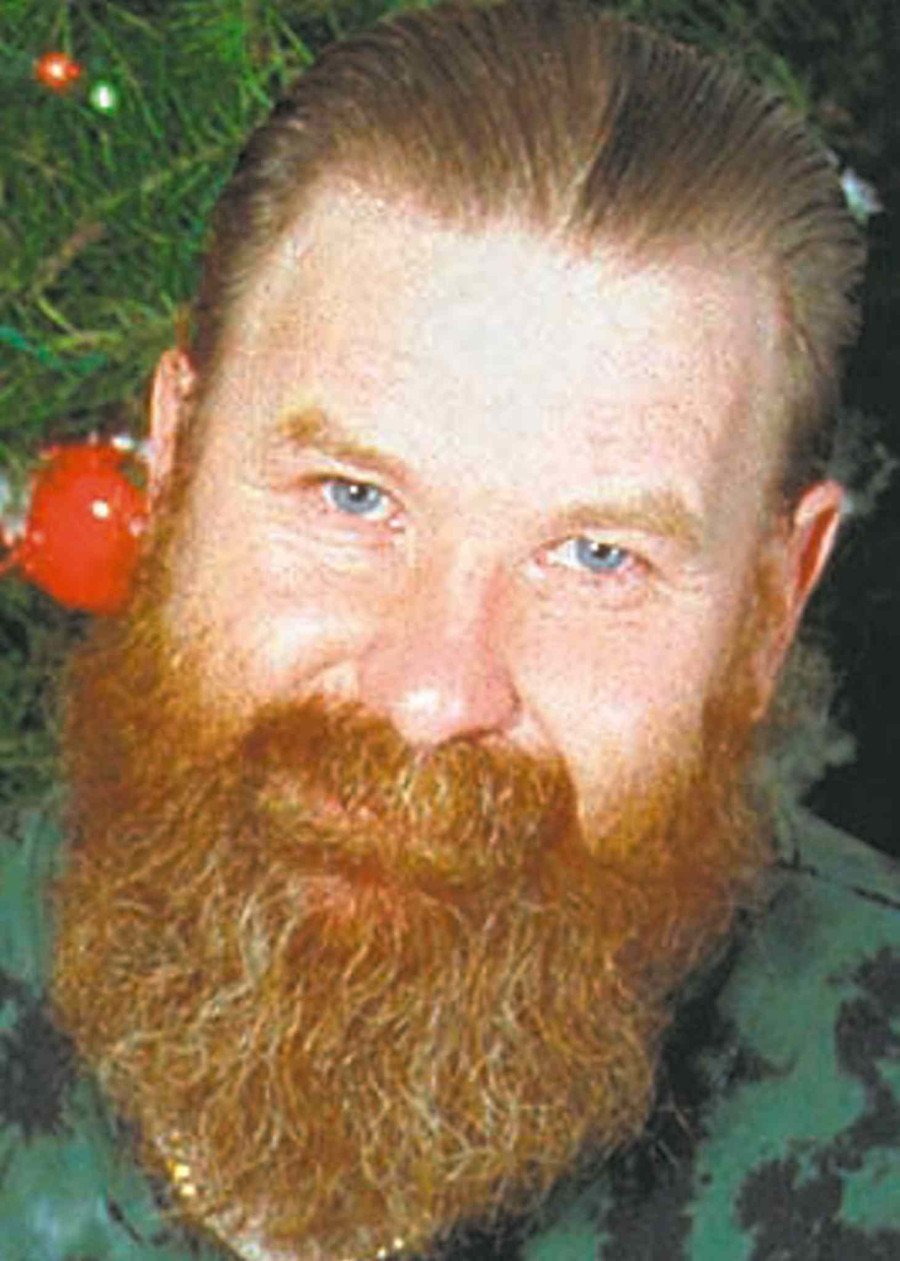 Police didn’t catch up to Pickton until executing an unrelated search warrant for weapons in February 2002. Though they were released for the weapons charges, police kept Pickton under surveillance. They arrested him for two counts of murder on February 22nd and kept adding charges as more evidence was found.

Although Pickton confessed to an undercover officer he killed forty-nine people and wanted to “round it up to an even fifty”, he was charged with twenty-six accounts of murder. He was ultimately convicted of killing six women in 2007 and sentenced to life in prison without the possibility of parole for twenty-five years, the harshest sentence Canada had on the books at the time.

At the time, the case sparked public outrage because it revealed missed opportunities police had to take him in, including his attempted murder of Einsetter and an anonymous tip placed in 1998. 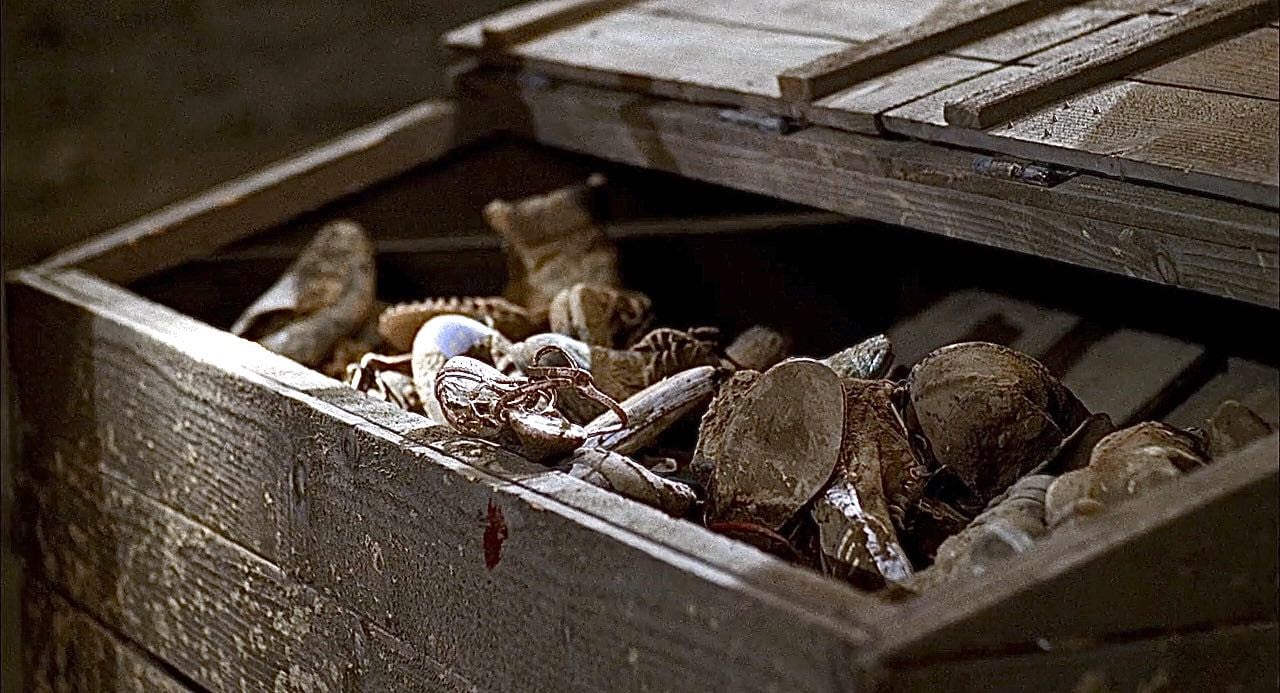 In the Criminal Minds episode based on this horrific true crime, the BAU (Behavioral Analysis Unit) is called to Detroit, Michigan to investigate a string of missing sex workers & homeless people in the city. After some digging, the BAU finds themselves on a pig farm in Canada where they discover over eighty pairs of shoes belonging to the missing women.

After a harrowing search, the BAU discovers a quadriplegic scientist is manipulating his mentally disabled brother to abduct & murder his victims and feed them to the pigs. While they cover some similarities, like methods of disposal and a reported lack of police vigilance, there are some key differences fans pointed out.

Apart from the obvious – it’s set in a different location and there was only one suspect in the true crime, not two – Criminal Minds appeared to up the body count from an estimated forty-nine to eighty. It’s also unknown whether or not Pickton had a disability, and some fans found the way Criminal Minds used disability in the episode to have some harmful implications. 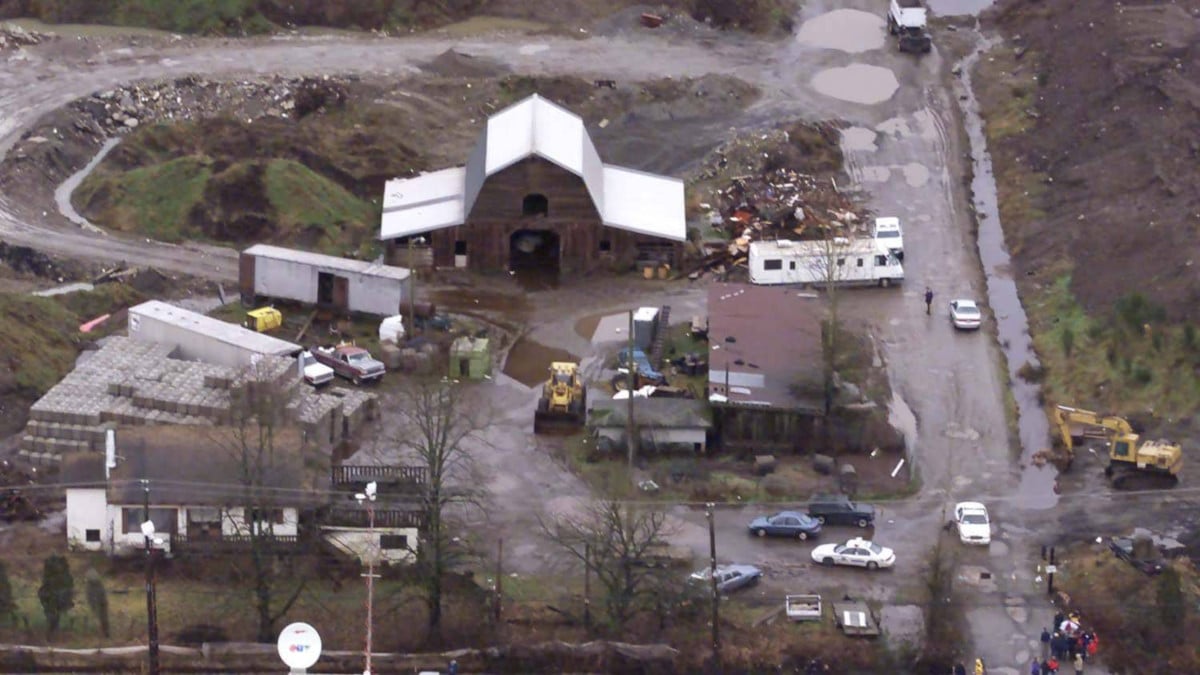 After the full details of the case were released after a ten-year public ban, the public learned Criminal Minds may have been close to the body count in this horrific true crime. Police confirmed over eighty different strands of DNA were found on Pickton’s pig farm. Plus, Pickton just left some of the bodies out in the open to rot rather than feeding him to his pigs.

When these horrific records were unsealed, Deputy Chief Constable Doug LePard issued a public apology to the victim’s families that the police department didn’t do more to stop Pickton sooner: “On my behalf and behalf of the Vancouver Police Department and all the men and women who worked on this investigation, I would say to the families how sorry we all are for your losses and because we did not catch this monster sooner.”