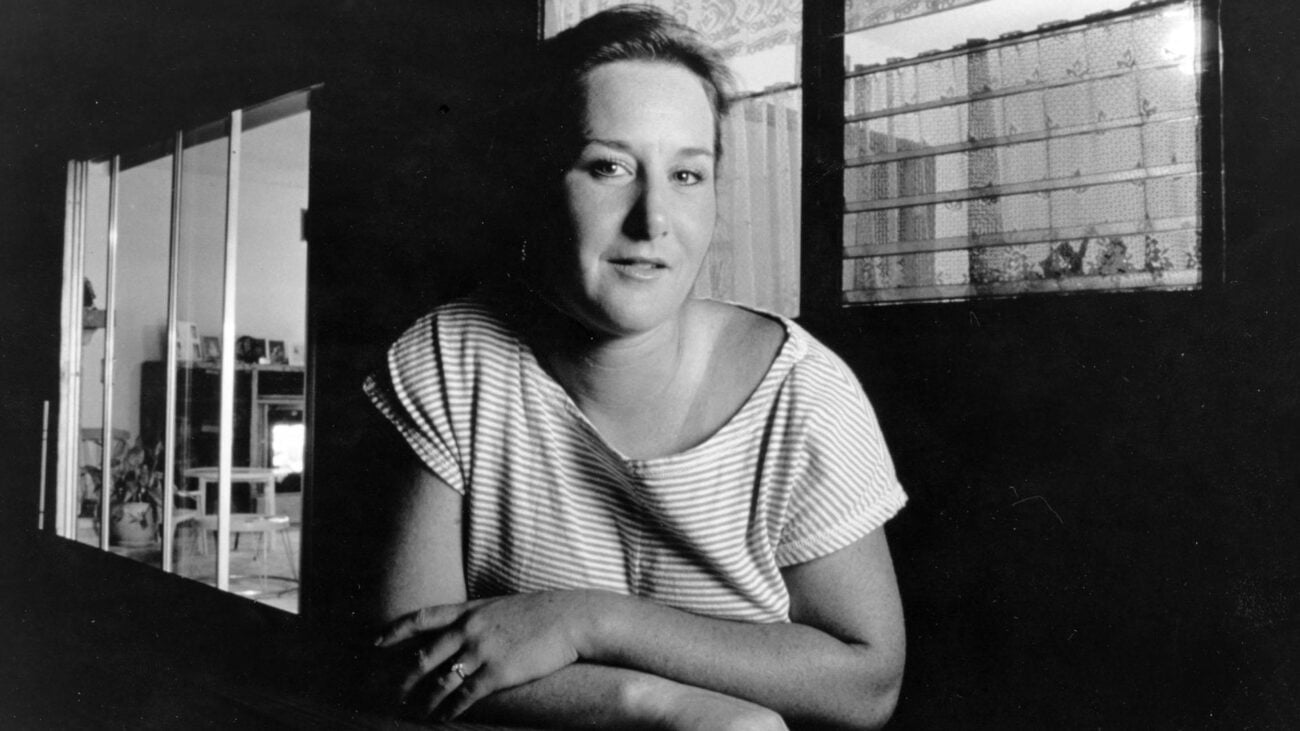 ‘The Girl in the Box’ Colleen Stan: Inside the claustrophobic true crime case

On the morning of May 19th, 1977, twenty-year-old Colleen Stan decided to drive from Eugene, Oregon to Westwood, California (about 400 miles away) to visit a friend for their birthday. Her car wouldn’t start, so Colleen decided to hitchhike. It wasn’t uncommon in the 70s for young people to be hitchhiking. She manages to hitch rides with several truck drivers.

Still over 100 miles away from her destination, Colleen has to continue finding people to take her closer to her friend’s place. She turned down a ride from a car full of five guys.

When a couple with a baby stops to offer her a ride, she accepts. As the ride progressed she started to get a bad feeling. “I hopped in the back seat of their car. I noticed this guy, he’s lookin’ in the rearview mirror. I got kinda creepy feeling at that point.” After five to ten minutes pass by the couple stops at a gas station where Stan heads to the bathroom.

While in the restroom she has a strange experience. “I. . . don’t know if it was God, an angel, or whatever, but there was a voice and it was telling me to jump out the window and run and never look back.” 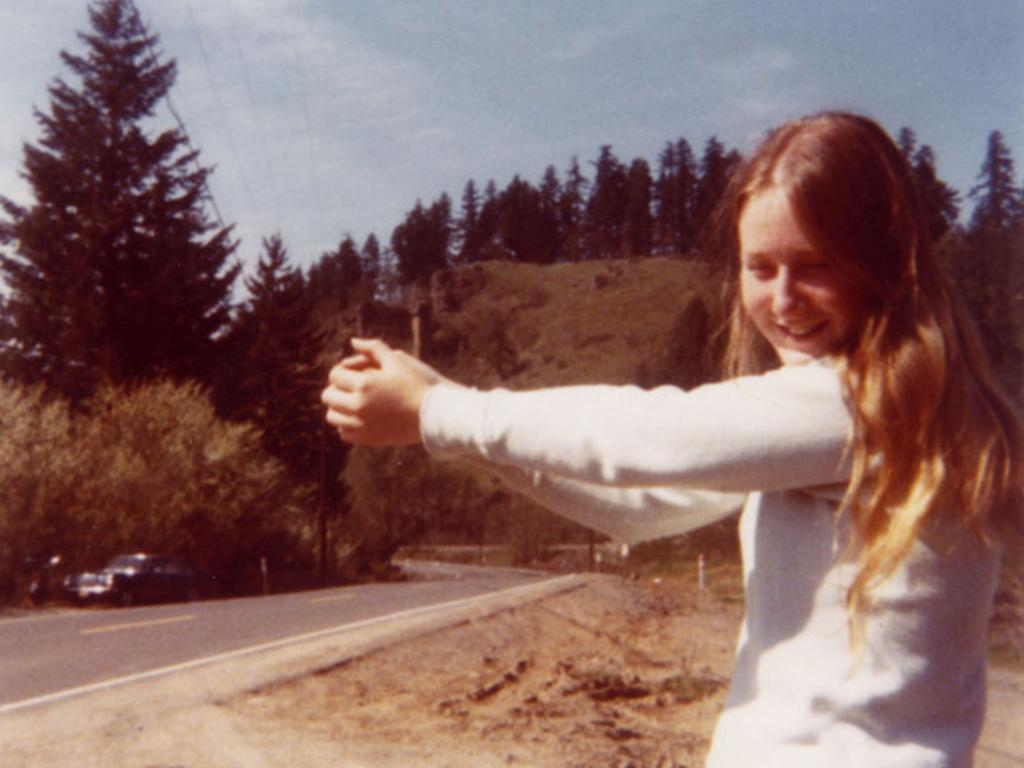 The road to captivity

Colleen gets back into the car with the couple. On the back seat with her is a wooden box that wasn’t there before. After about twenty minutes the couple turns down a road. They tell Colleen that they want to stop to do some sightseeing at some ice caves. The couple and the baby get out of the car and Colleen stays in the back seat.

After a little while the man returns. Colleen soon discovers the purpose of the strange wooden box as the man pounces on her, blindfolds her, and then puts the box over her head. It had hinges to open and close it and was specially designed with a hole for a person’s neck so it would fit onto a person’s head. It was even insulated with carpet so no one would hear her scream. 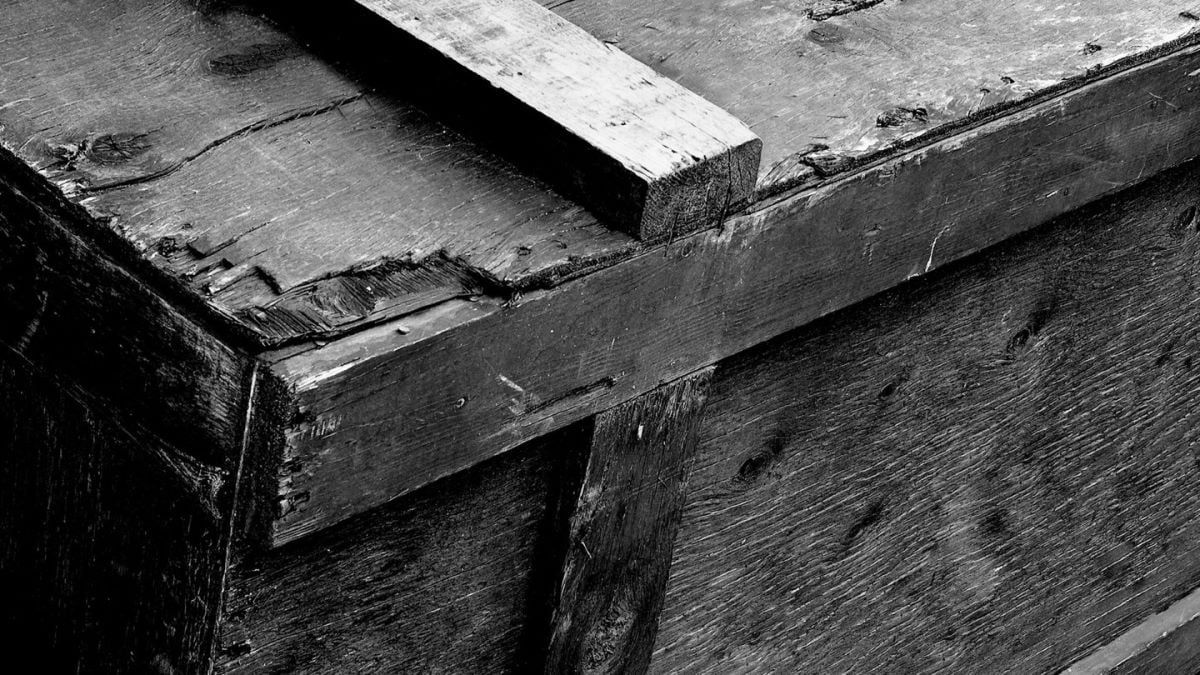 The couple drive her back to their home and bring her down to the basement. They take the box and blindfold off. Then the man suspends Colleen from the ceiling by her wrists and proceeds to whip her. The couple start having sex as she hangs there in pain.

Colleen passes out. When she awakens it’s to the man unhooking her from the ceiling. He blindfolds her, leads her to some sort of crate, re-fastens the box to her head and leaves her there. This becomes much of Colleen’s existence over the seven years she is held captive. 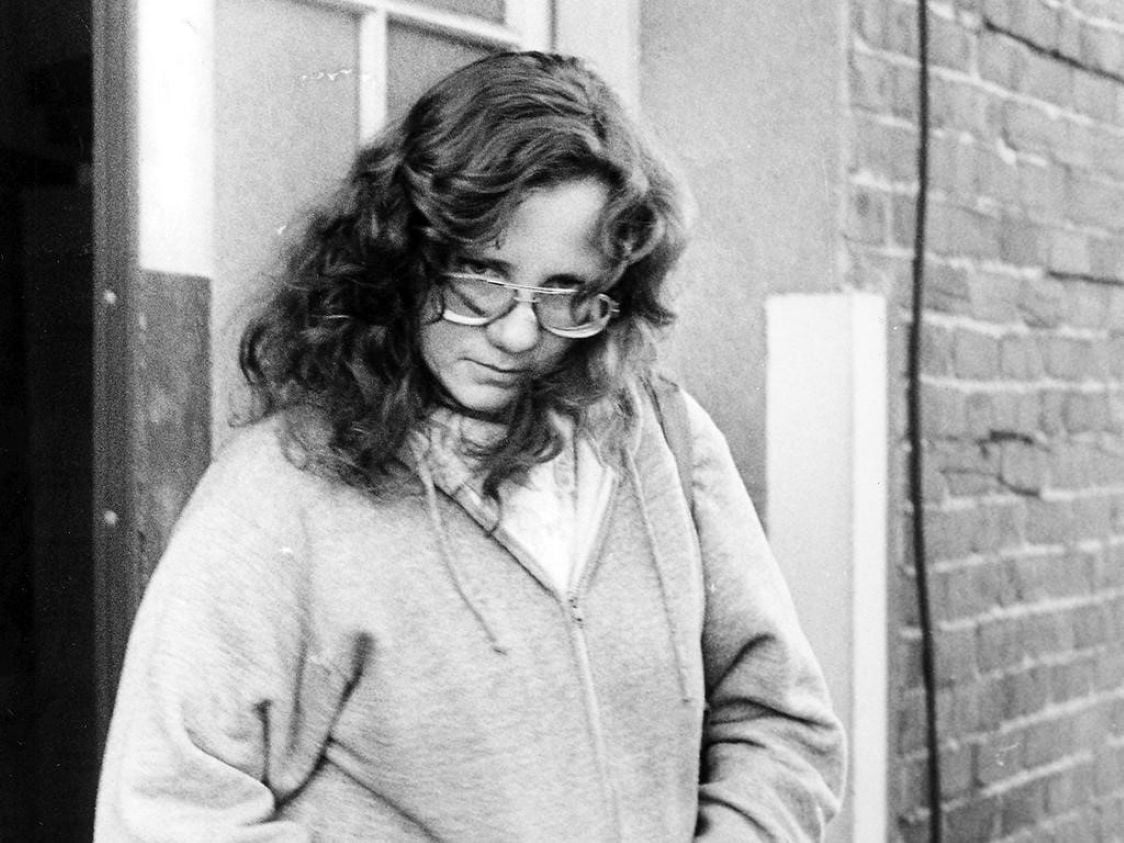 When she was younger, Janice Hooker was just a shy girl struggling with epilepsy. She met Cameron Hooker in 1972 and even though Janice had strict parents who had never let her go out with a guy before, Cameron convinced them to let him take their daughter out. On this first date, Cameron somehow also convinced Janice to let him undress her and tie her to a tree.

Cameron then started whipping her just as he would go on to do to Colleen. Naive Janice was then staked to the ground as the whipping continued. Although it was clear Cameron was a sexual sadist, Janice’s appreciation of Cameron’s attention & affection kept her by his side. He effectively warped Janice’s sexuality toward his deviant tendencies.

On January 18th, 1975, Cameron & Janice get married. Cameron’s behavior worsened and he began to treat Janice like a sex slave. After a few years, Janice convinced Cameron to let her have a child. He then directed his abusive behavior toward someone the couple would abduct. 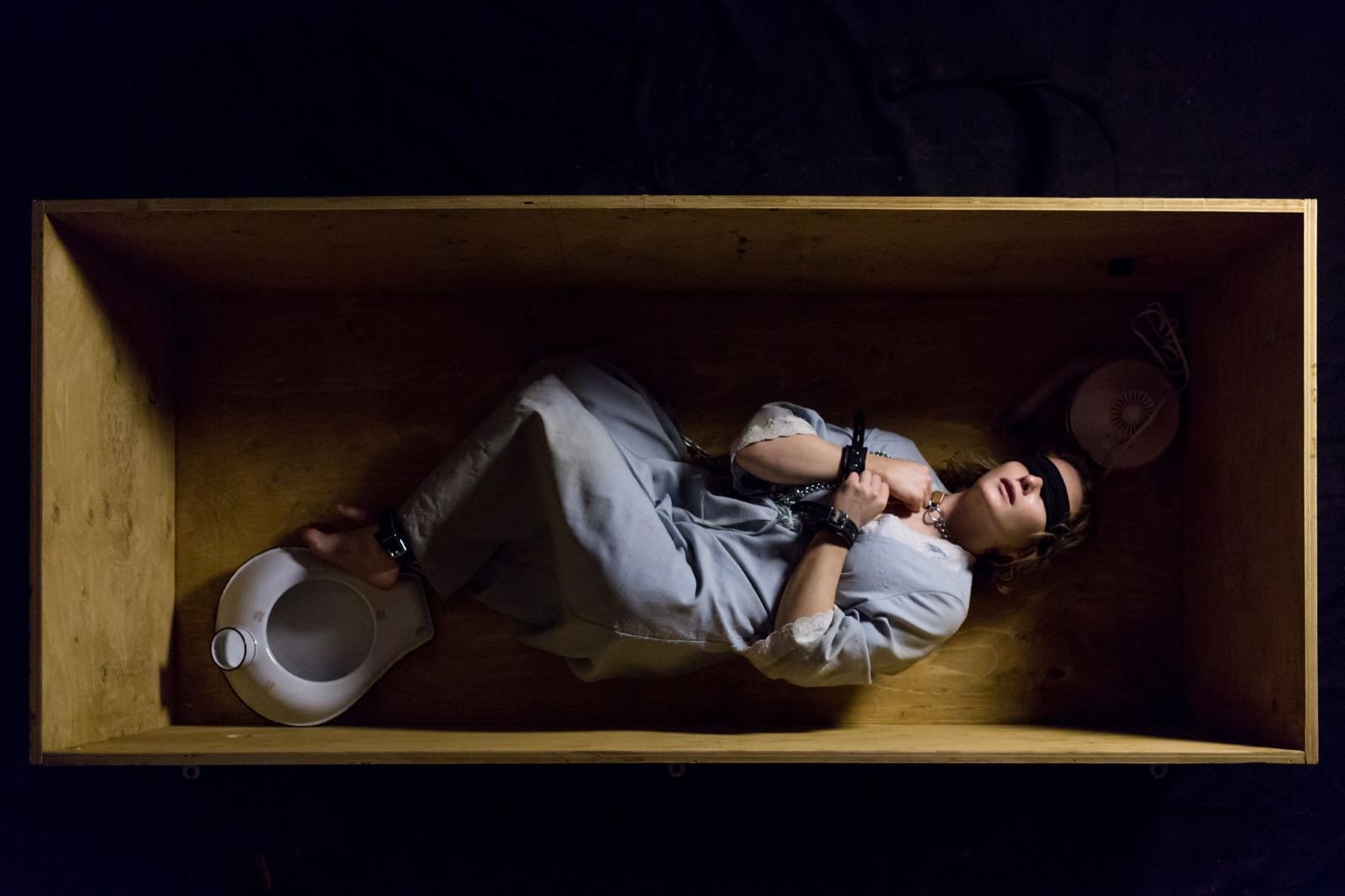 Colleen’s life in the box

Cameron agreed to reserve any actual sexual acts for only Janice. Day in and day out Colleen was given food to keep her alive, allowed to use the bedpan, and then hung for another whipping session while Cameron and Janice have sex.

As Cameron’s behavior devolved, he made Colleen sign a fake contract he drew up detailing Colleen would agree to be his slave. It stated she was to obey absolutely everything and that she would wear a collar marking her as his. Cameron even went as far as to tell Colleen there was a company that helped masters keep their sex slaves in line.

Cameron then told her that if she tried to escape, she might as well sign her own death certificate because they would catch her. As time went on, Colleen was allowed more liberty to move around in the house. She was put in charge of house cleaning duties. At that point, Colleen was so thoroughly brainwashed and convinced escape wasn’t an option that Cameron felt comfortable doing so. 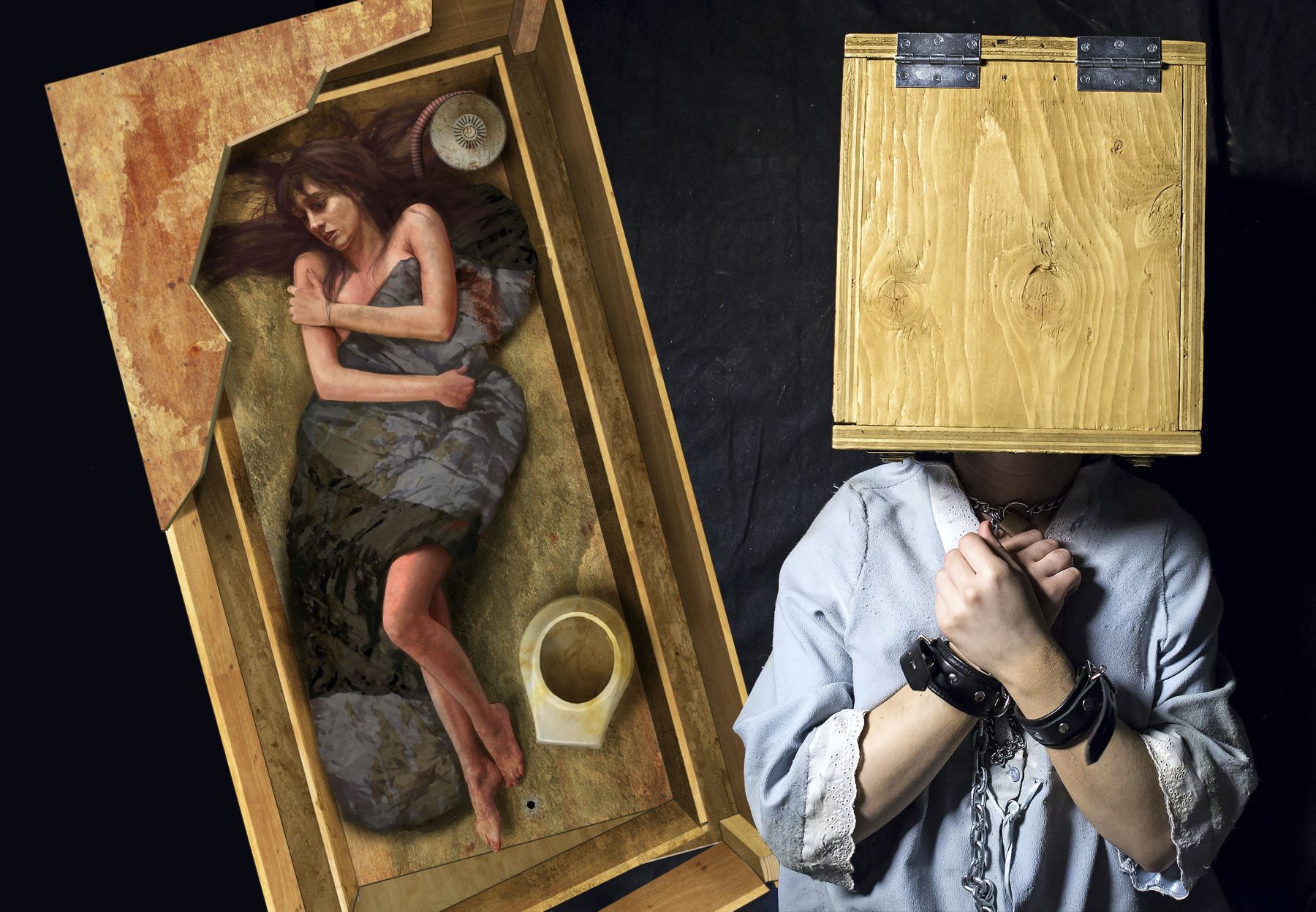 One day, Janice told Cameron she can have sex with Colleen as a test to see if Cameron will violate their pact. Cameron doesn’t hesitate. From then on, the couple raped Colleen once a month behind the scenes.

Colleen spent 1978 being increasingly tortured. Janice & Colleen moved into a trailer so they ended up needing new accommodations for Colleen. She was kept in a small box under Cameron & Janice’s bed, only let out for either torture or housework. 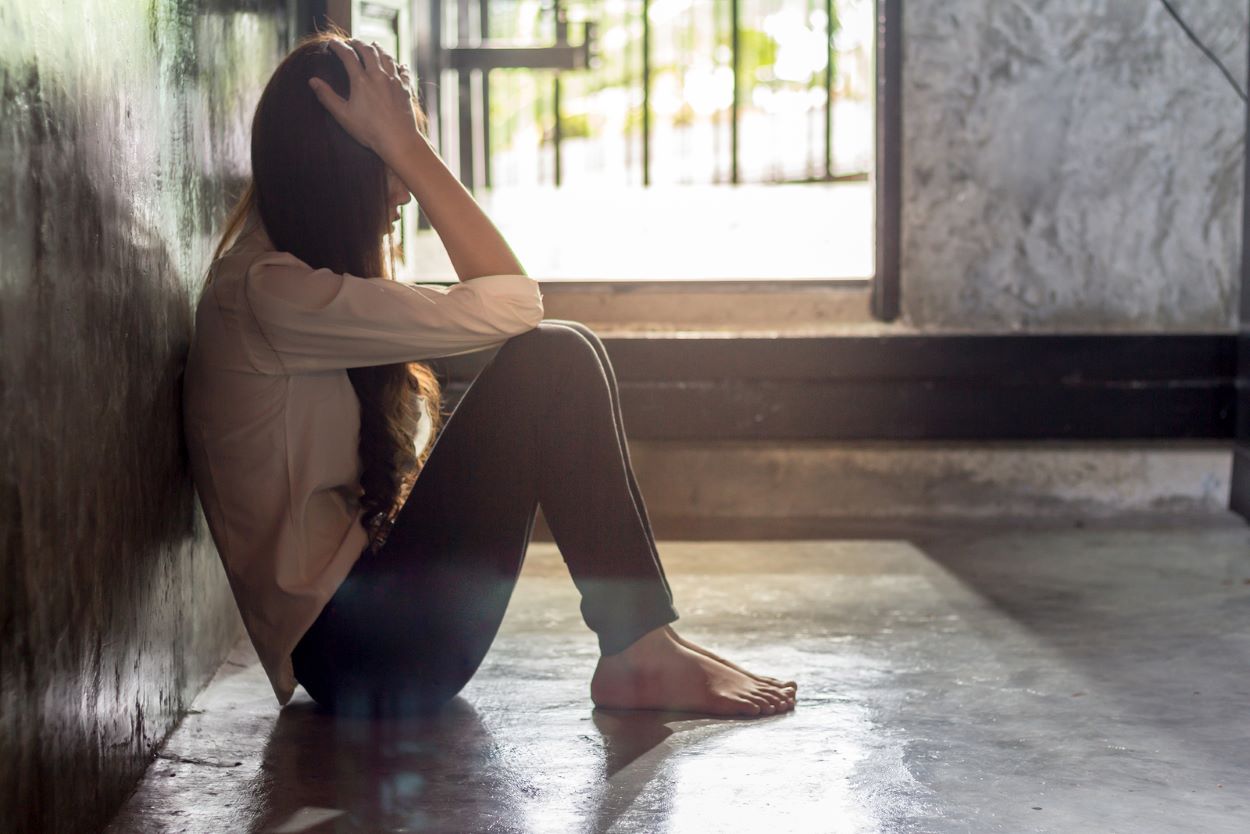 Cameron increasingly gave Colleen more freedom. He allowed her to call her family provided she keep quiet about her captivity. She was also allowed to do things like garden & jog. In 1981, Colleen was even allowed to visit her family.

Colleen’s brainwashing stays in place. She doesn’t tell her family of her horrific existence because she firmly believes in the supposed company watching her every move. Sadly, after that home visit, all of Colleen’s freedom gets taken away. Cameron secludes her exclusively to the box under the bed for three years for fear she had tasted too much freedom.

In 1984, Colleen convinces Cameron to let her take a job cleaning motel rooms to help support the family. Janice’s negative attitude toward Colleen’s presence contributes to Cameron’s decision to let Colleen spend time outside the home. Despite his wife’s obvious feelings, Cameron’s emboldened by a decision to let Colleen sleep in the bathroom and starts raping Colleen in the open. 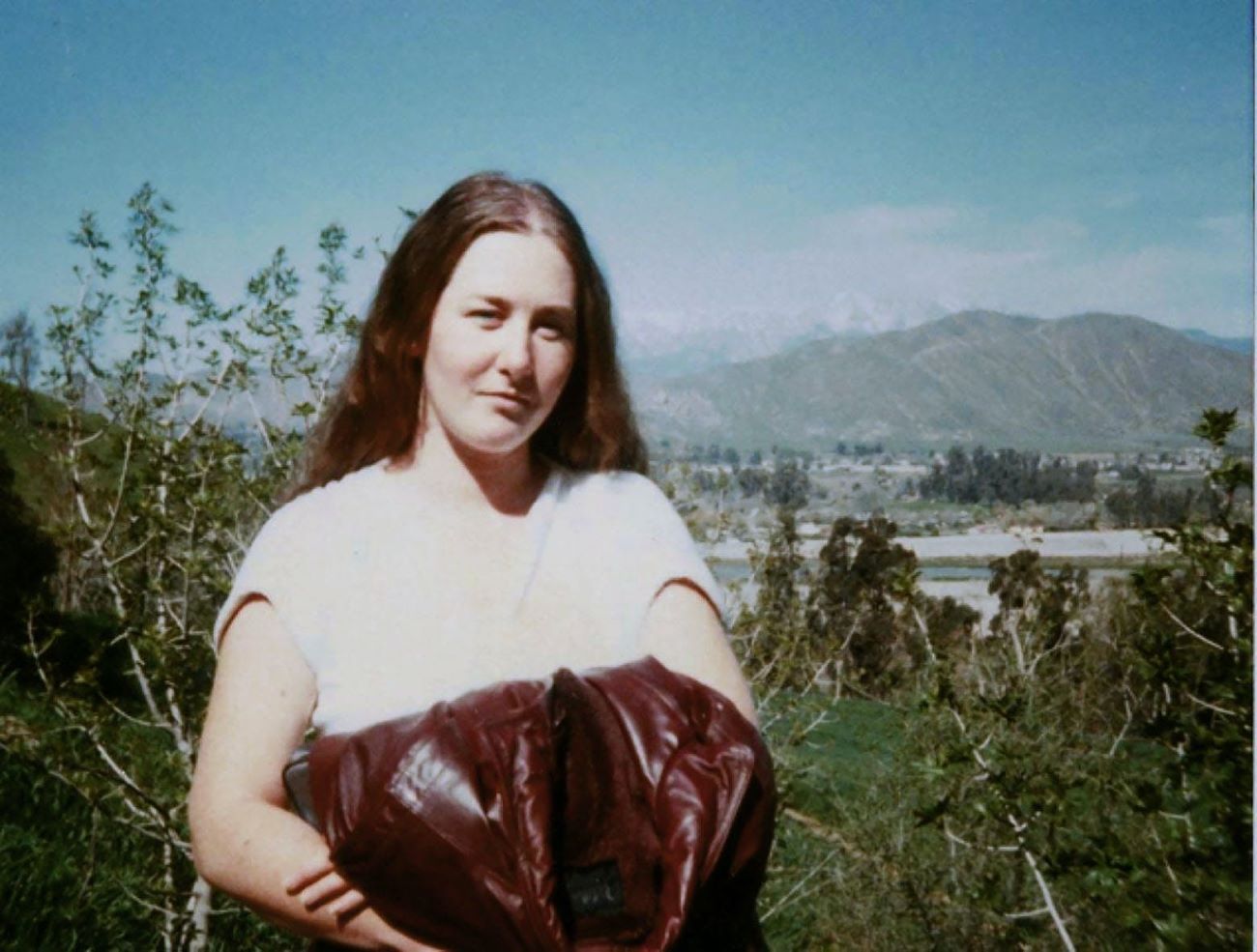 This turn of events eventually works against Cameron because Janice and Colleen develop a shared bond hating Cameron. When Cameron announces he plans on abducting more sex slaves it’s the straw that breaks the camel’s back for his wife. Janice tells her pastor what’s been going on and the pastor convinces her to dissolve the “unnatural” relationship.

Janice tells Colleen the truth about the watchful eyes of the company being merely a fantasy of Cameron’s and lets Colleen leave. Before she fully leaves town Colleen calls Cameron on a pay phone next to a bus station to tell him she’s leaving and there’s nothing he can do about it. Cameron has the audacity to cry, but Colleen hangs up on him and heads home. 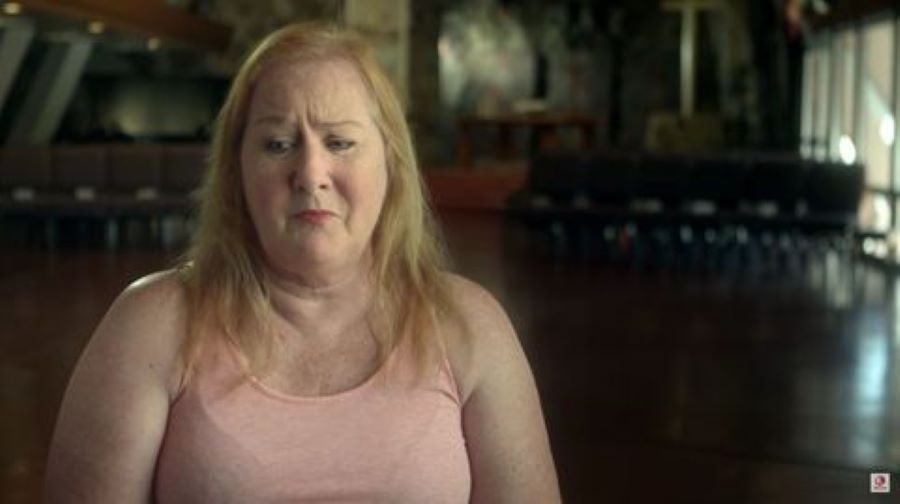 Time passes and Janice Hooker leaves Cameron to confess to the police what they’ve been doing. At first Janice’s story is so wild that police are skeptical, but they arrest Cameron and list the crimes he’s being charged with. To the police’s surprise, Cameron expresses no shock at the charges. He instructs Janice to burn any evidence connecting them to Colleen and she obliges – almost. 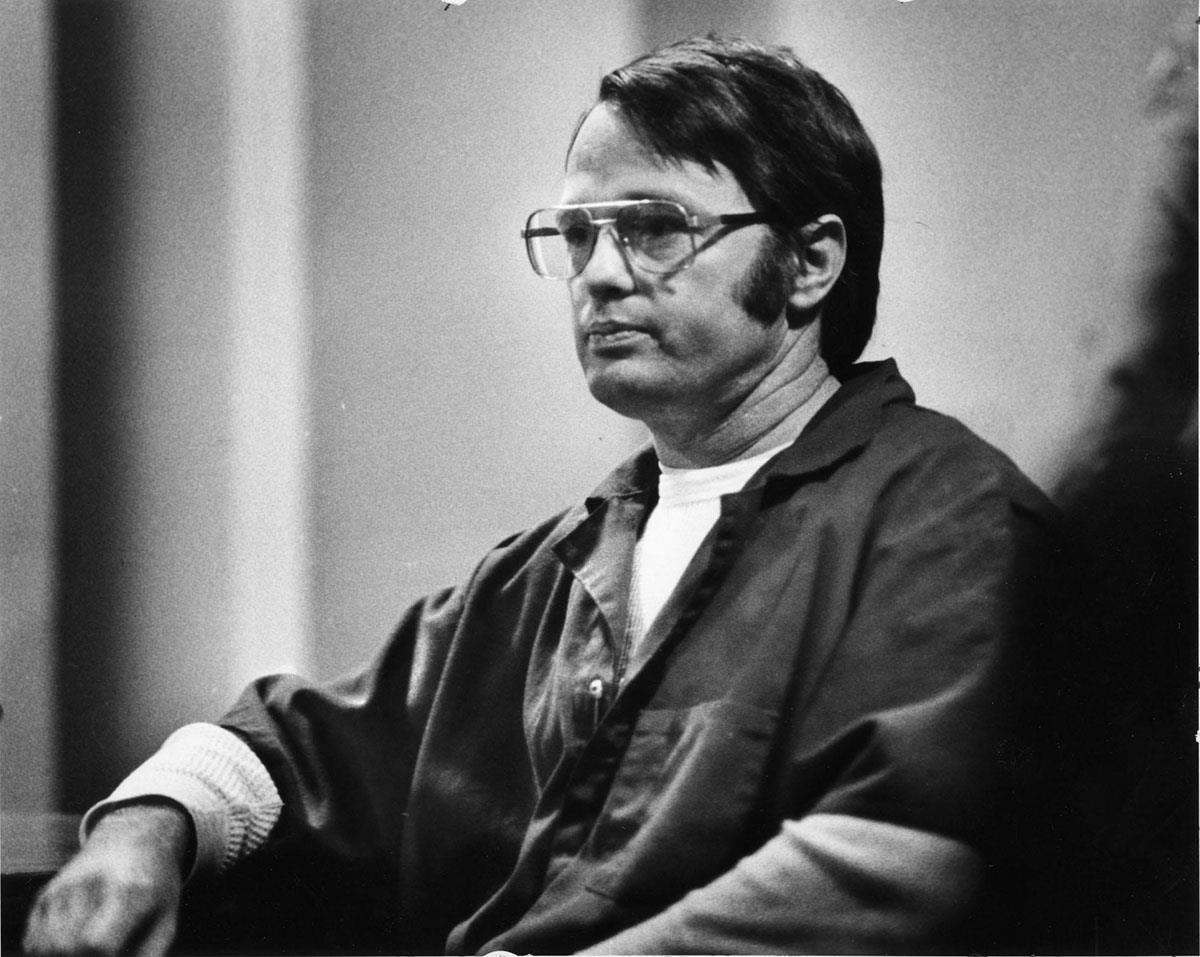 Cameron’s defense is to admit he had indeed kidnapped Colleen to be a sex slave but that over time she had fallen in love with him and agreed to stay. His ploy doesn’t work and he is sentenced to 104 years in prison.

Janice Hooker received full immunity for her testimony against her husband. Cameron Hooker’s earliest scheduled release date is in March of 2021. His release is currently pending a sexual violent predator hearing determining whether or not he will be classified as a violent sexual predator with mental illness dangerous enough to not be re-introduced to society. 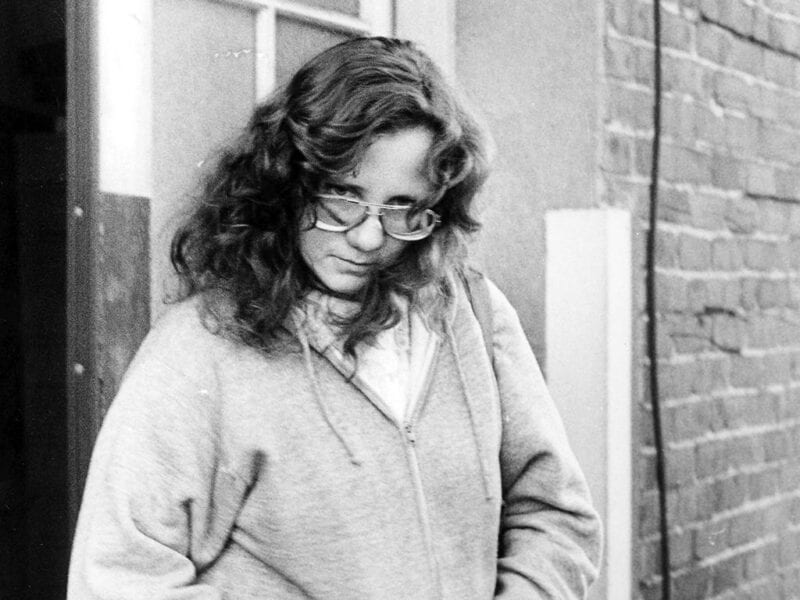 ‘Girl in the Box’: The harrowingly haunting kidnapping of Colleen Stan