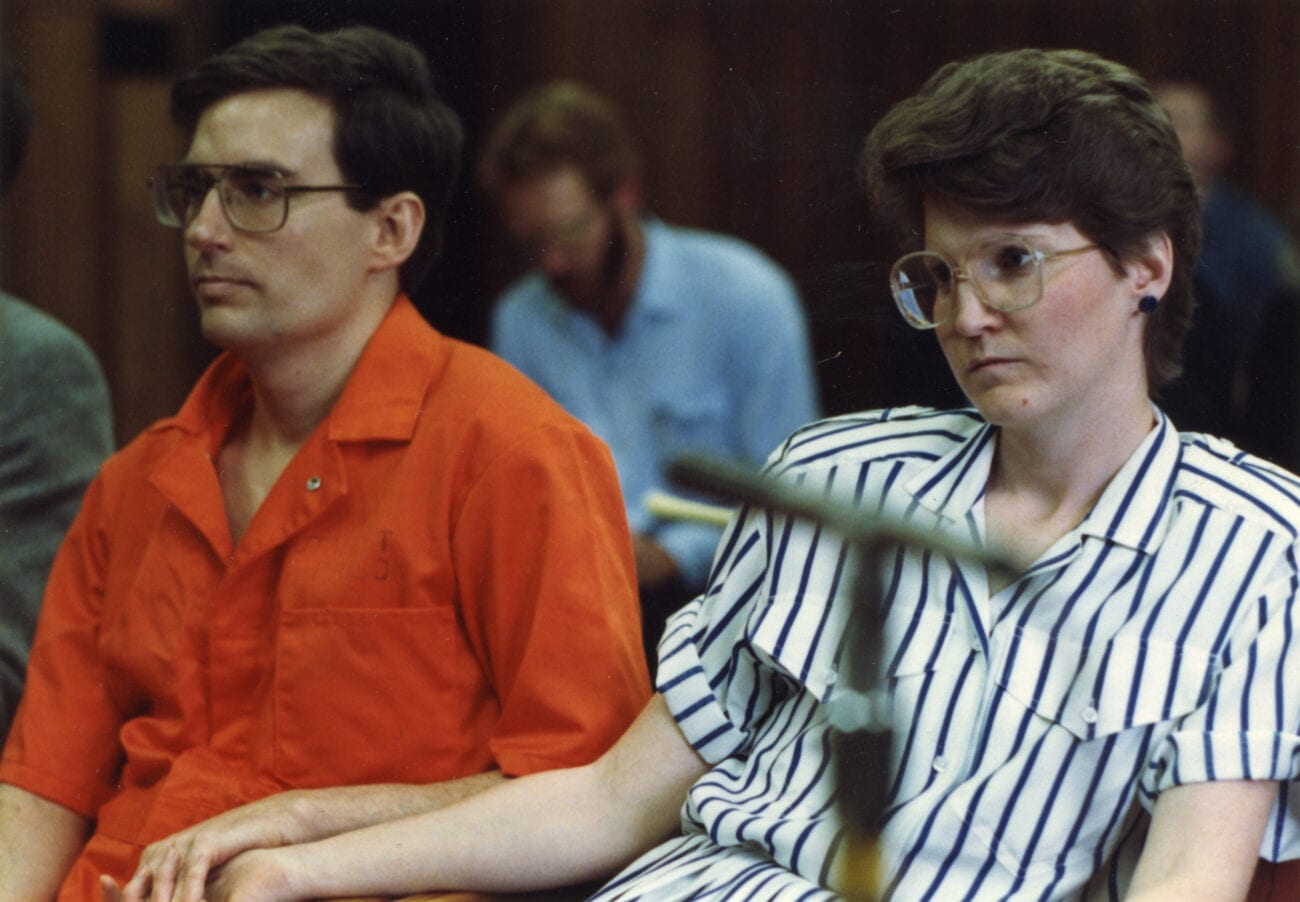 ‘Murder Among the Mormons’: Does this Netflix true crime spill *all* their secrets?

If you’re reading this, you’re either a true-crime stan or very familiar with Mormon controversies. If you’re both, you already know Netflix has a treat for you.

Murder Among the Mormons has everything people who are fans of Discovery Channel, National Geographic, and The History Channel could ask for: true crime, terrorism, treasure hunting, mythic reptiles, prophets, forgeries, and historical document analysis. However, Netflix’s account seems like Cliff’s Notes version rather than giving us new information.

That said, some of the interviewees appeared to know more than they let on. Viewers claimed Shannon Flynn, in his bowtie and wispy Utahn accent, was “acting sus”. At the end of the documentary, one interviewee confessed he would have been at the site had his wife not “had a gut feeling” and told him not to go. Hmmm. Are they hiding something? Did Netflix give us the whole true crime story, let alone – could they? 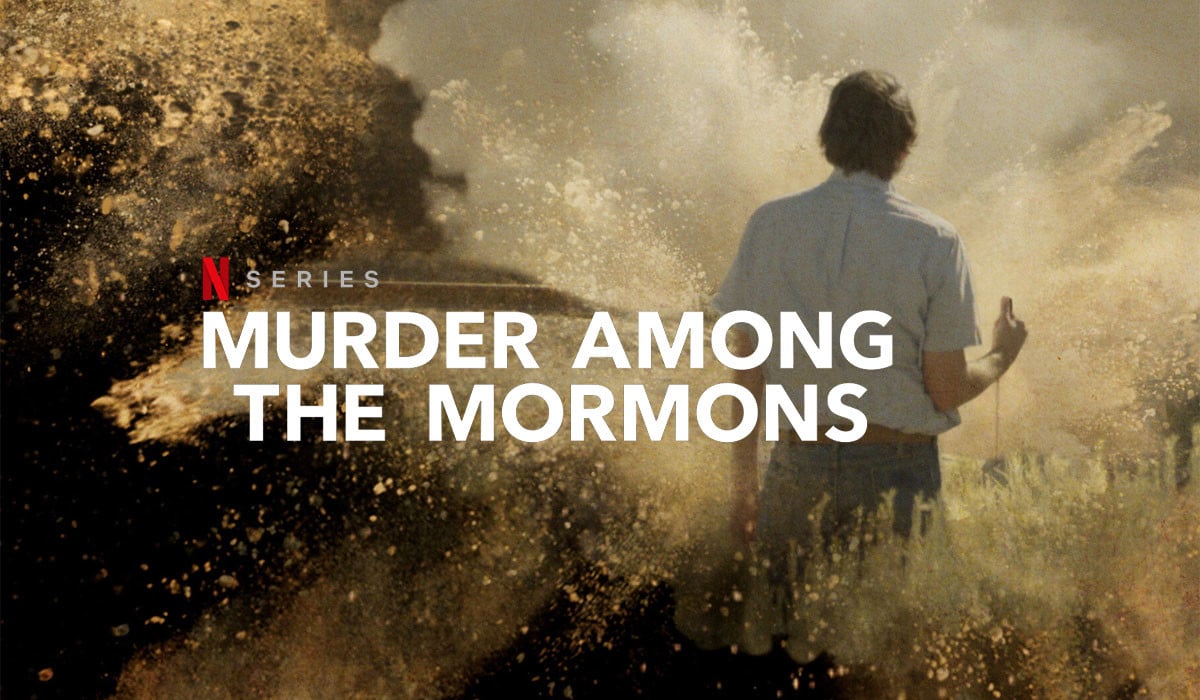 First, let’s recap some recent (and not-so-recent later) Mormon history for those of you who are joining us and haven’t seen Netflix’s Murder Among the Mormons yet.

On October 15th, 1985, a bomb went off in Salt Lake City, UT, killing two people. As many of you reading this know, Salt Lake City is the headquarters of the Church of Jesus Christ of Latter-Day Saints, or Mormonism. The media at the time expressed their disbelief that a homemade bomb would be detonated in the American West, or that Mormons would be the target of a potential terrorist attack.

As the investigation continued, however, authorities discovered Mormonism may have been at the heart of the attack. Namely, the attack may have been motivated by some documents from LDS’s founders, Joseph Smith & Martin Harris. 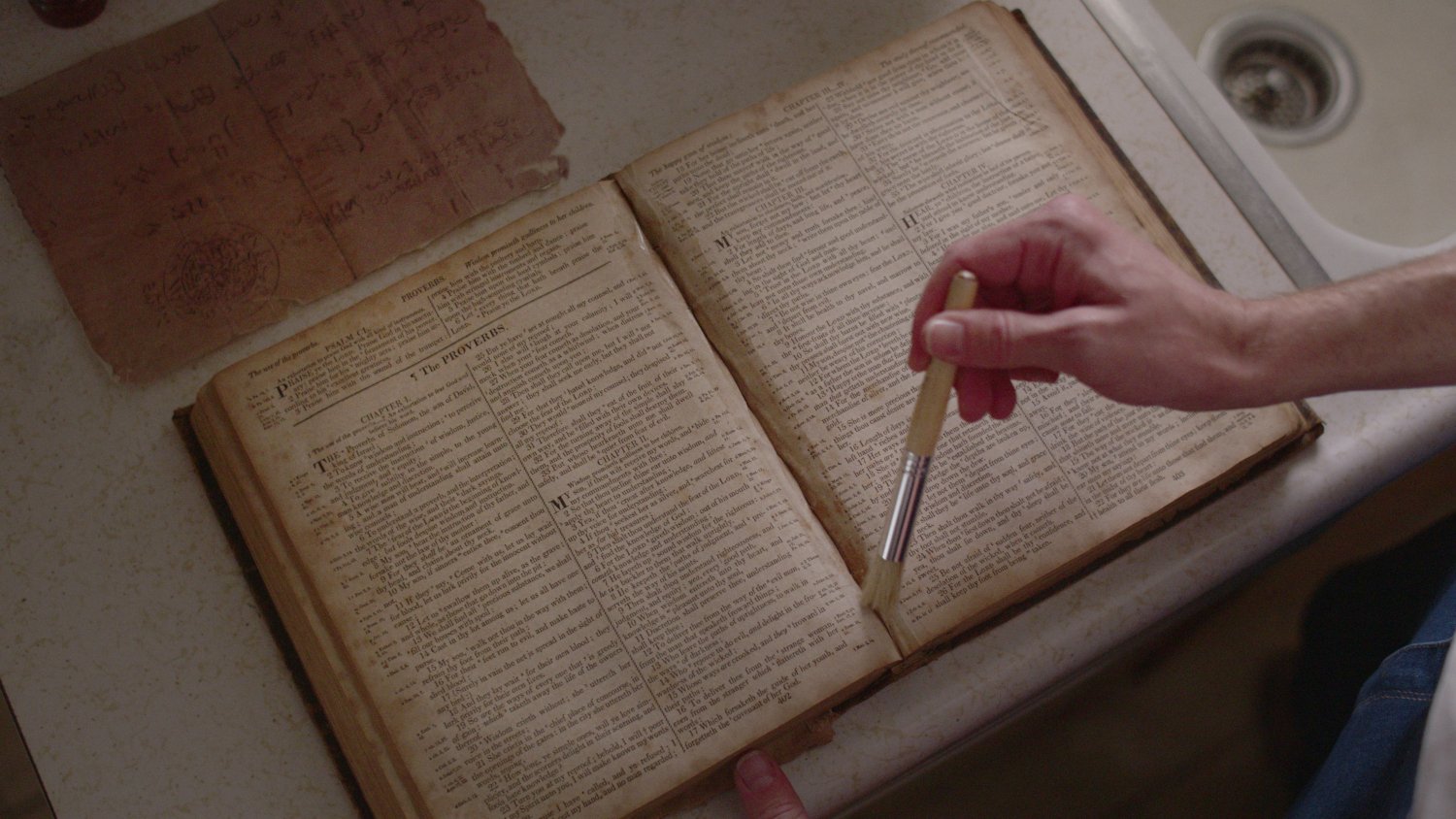 To understand these controversial documents and why Hofmann was able to sell his forgeries for five-six figures, here’s a crash course on Mormonism. Per Mormon beliefs, Joseph Smith was led by the angel Moroni to a place where the Book of Mormon was inscribed on gold plates. Smith brought the plates to his publisher, Martin Harris, who published the contents of the plates, and long story short, the LDS Church was born.

The alleged Salamander letter was written by Martin Harris and described Harris being led to gold tablets by a human who transformed themselves into a white salamander. Since folklore was common in the 1800s, the LDS Church had no problem accepting the letter six months before the Salt Lake City bombing. Problem was, the letter could’ve been forged.

The church even acknowledged this possibility. LDS President Gordon B. Hinckley stated: “No one, of course, can be certain that Martin Harris wrote the document. However, at this point, we accept the judgment of the examiner that there is no indication that it is a forgery. This does not preclude the possibility that it may have been forged at a time when the Church had many enemies.” 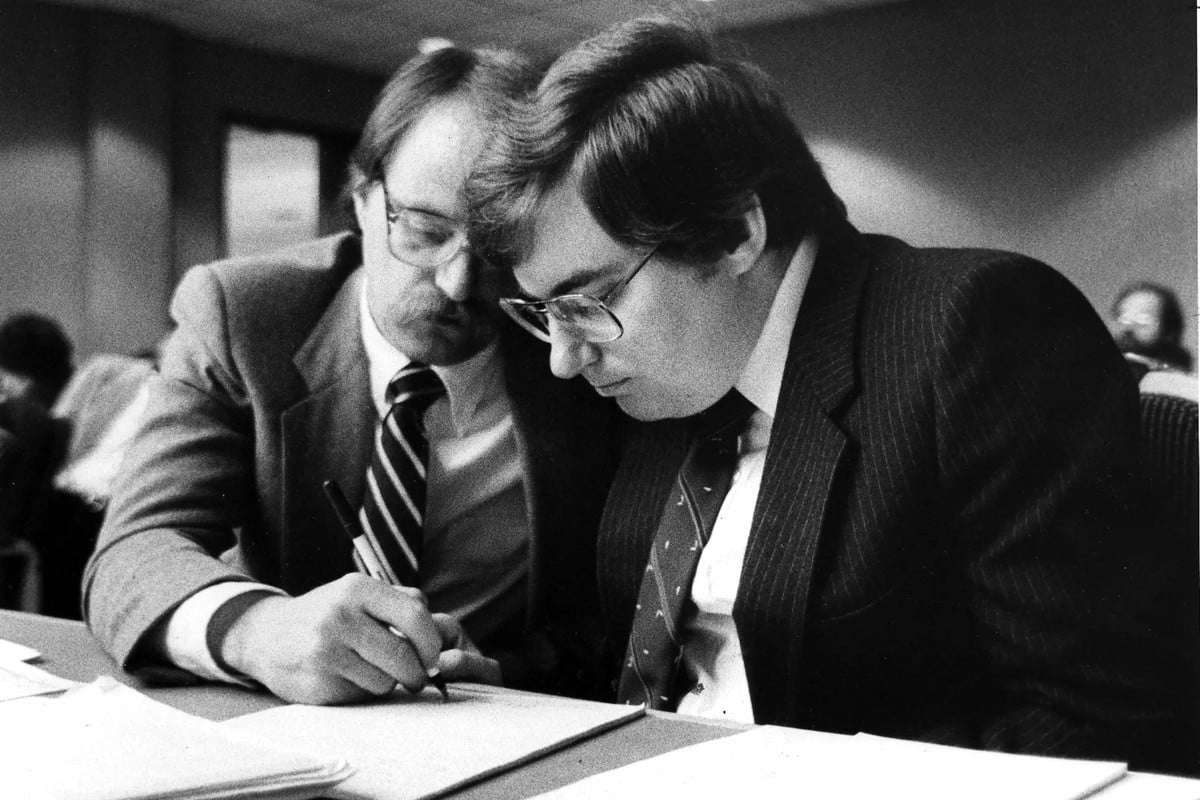 After a lengthy forensic investigation that Netflix’s Murder Among the Mormons covers extensively, it’s discovered that Mark Hofmann was responsible for the bombings. His motivation wasn’t political or because he hated Mormons. Rather, it was discovered the Salamander Letter was forged by him, Hofmann wanted to throw authorities off the scent.

Plus, the Salamander Letter wasn’t the only one Mark Hofmann forged. He allegedly sold forty-eight fudged documents to the LDS Church, so needless to say, he was in over his head when the cards came crashing down. “I felt like I would rather take human life or even my own life rather than to be exposed”, he said on his motives to plant the bomb.

Per the Netflix doc, Hofmann was apparently a gifted forger and could make documents seem so authentic, they could fool professional checkers. His gift for fudging documents was the reason multiple professionals were called in to look over the Salamander Letter. In a twist of fate, Hofmann lost the use of his hand in an injury in prison, and therefore his ability to create forged documents. 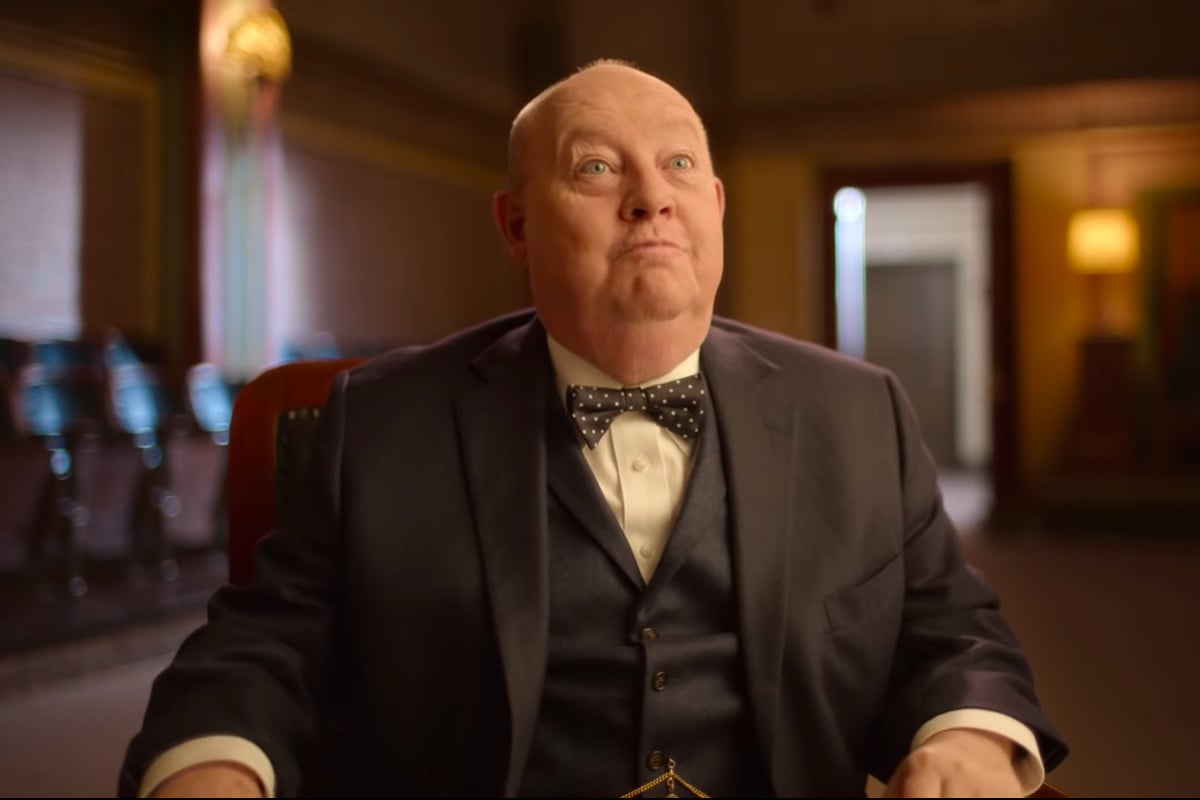 Shannon Flynn, the meek-sounding man with the bowtie in Netflix’s true crime doc, seems to have fallen off the face of the planet. Women’s Health wrote his whereabouts are currently unknown, and Murder Among the Mormons detailed he was a suspect in the Salt Lake City Bombing.

Flynn was initially arrested in connection with the true-crime when police found an uzi in his home per The Los Angeles Times. The Netflix documentary also detailed how authorities had Flynn come in for questioning. Flynn stated in the documentary that he regretted not asking for a lawyer.

“His (Mark Hofmann’s) ability to deceive, unparalleled. We all should have suspected. We didn’t. People don’t want to know”, Flynn said in Netflix’s Murder Among the Mormons. When asked where he believed Hofmann got his ability to forge documents convincingly, Flynn asked the Netflix crew to not make him answer that. The true crime docuseries hinted that Flynn believed Hofmann’s abilities may have been supernatural. 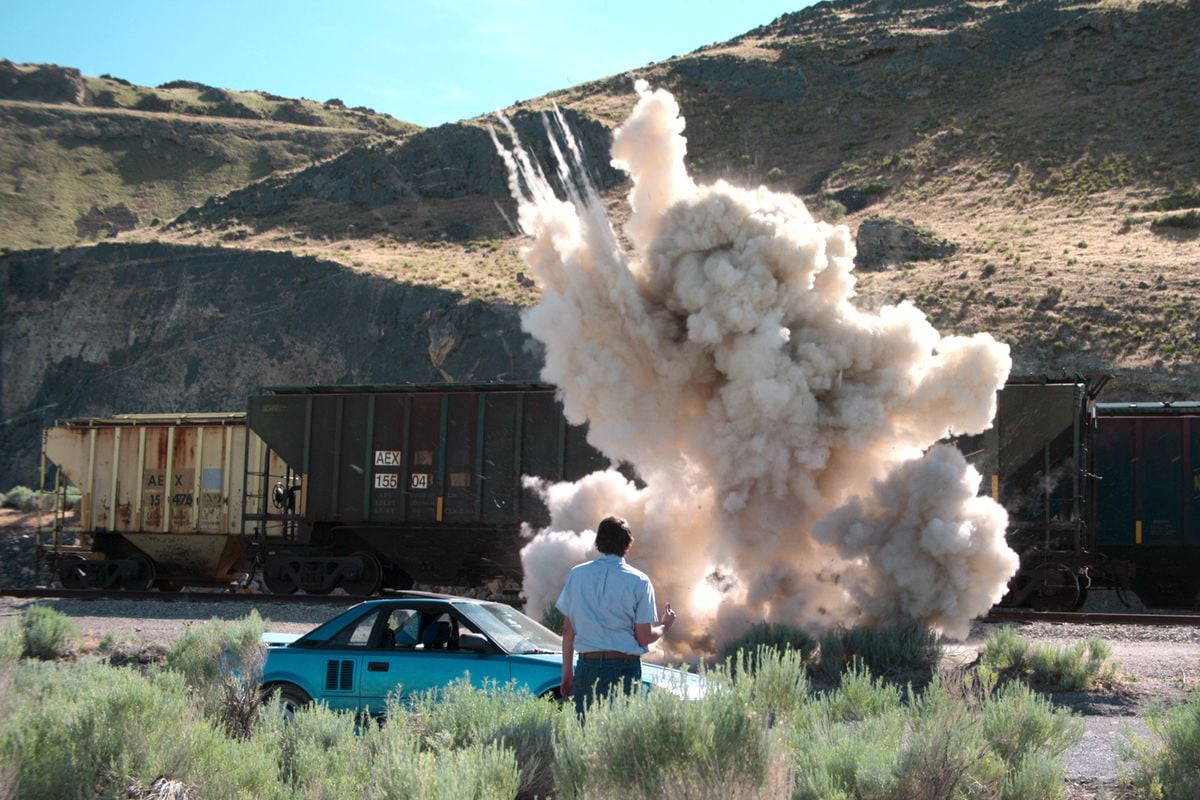 Will anyone say anything else?

Obviously, as long as Hofmann’s associates aren’t spilling the beans, we may never know the whole story of what went down during this true crime. The LDS Church also attempted to bury the letters per Murder Among the Mormons co-director Tyler Measom, an ex-Mormon himself, told Esquire about leaving the LDS Church:

“I think for a lot of individuals, when they are taught one way that a man saw an angel, then all of a sudden, the document is found that says there’s a salamander, that a church would purchase that and possibly try and hide it from the public. Yeah, I dare say that it did shake a lot of people’s faith both now and then of course . . . I do think there were some ramifications from the Hofmann incident, without question.”