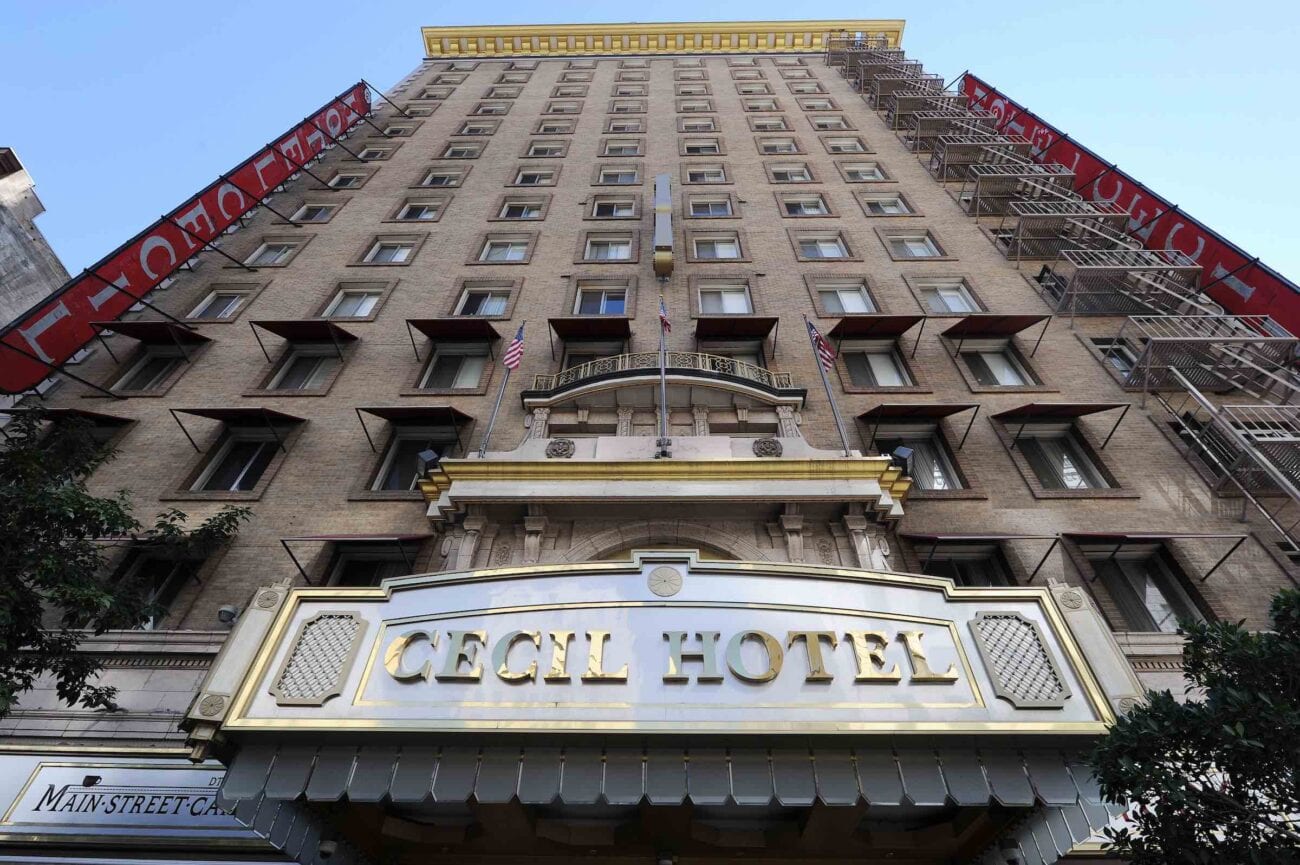 The curse of the Cecil Hotel: Looking back at Elisa Lam’s mysterious death

In one of the most unusual true crime cases, researching Elisa Lam’s death brings more questions than answers. Some believe the final report of an accidental death, others are unsatisfied with that conclusion, and either believe she could have commited suicide or that she could have been murdered. Even more, Lam was staying at one of the most infamous hotels in Los Angeles: the Cecil Hotel.

Known for housing serial killers and even being known as the “Suicide Hotel”, the Cecil Hotel is also known as being the inspiration for many horror movies & TV shows – including the fifth season of American Horror Story. An additional element to the case is the rather unsettling footage from the hotel’s elevator. It brings even more questions to the case of Elisa Lam’s death.

Here’s a look into this strange & complicated case and why some might even think the Cecil Hotel could be haunted. 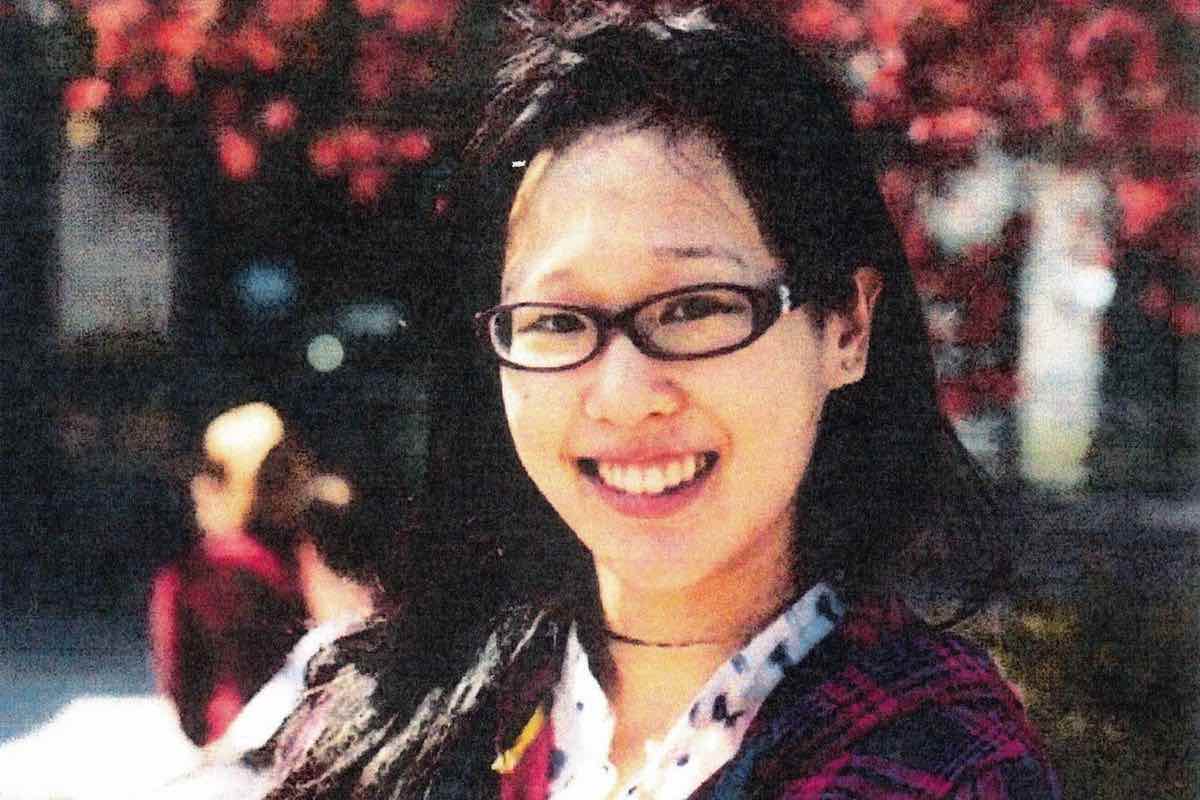 Elisa Lam was a twenty-one-year-old woman visiting Los Angeles from Vancouver, Canada. At the time, she was attending the University of British Columbia, but she hadn’t been attending classes the year of her death.

Lam stayed at the Cecil Hotel during her time in L.A. The reason for her California visit is largely unknown, according to The Los Angeles Times, but detectives at the time believed Lam was traveling to Santa Cruz. 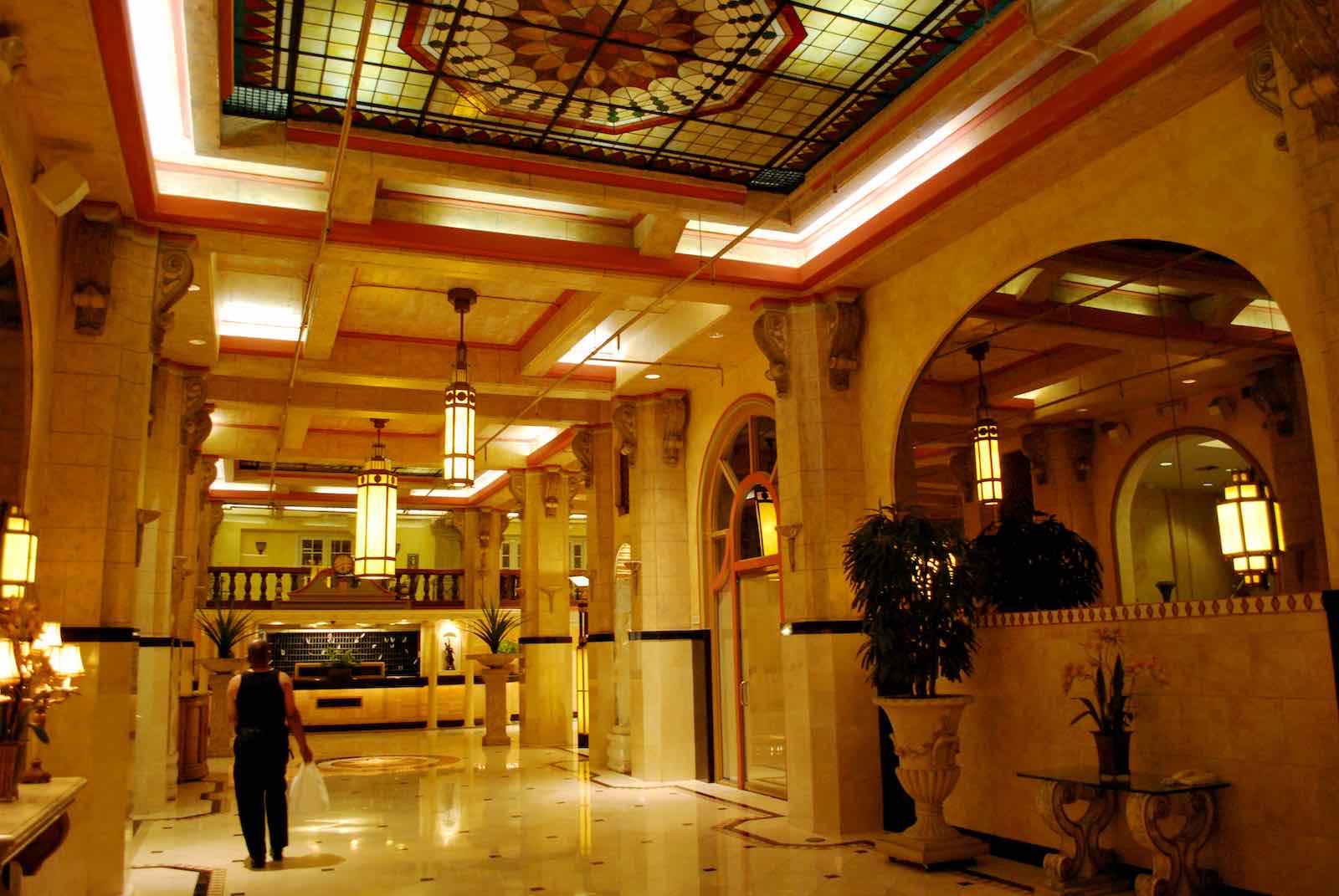 Elisa Lam was scheduled to check out on January 31, 2013, but the hotel didn’t hear from her, so they called LAPD. Lam’s parents flew to Los Angeles shortly after the hotel reported she was missing. The last person to see her alive was Katie Orphan, a bookstore manager who called Lam “outgoing, very lively, very friendly” when she spoke to CNN. Orphan said Lam was getting gifts for her family when she was at the store.

LAPD searched the hotel with police dogs, but couldn’t find any trace of Lam. However, the police clarified they couldn’t search every room without probable cause, according to The LA Times. Media coverage made Lam’s disappearance an international story, especially after police asked the community to be on the lookout for Lam.

One of the most confounding elements of this true crime story is the surveillance footage from the elevator. This footage was taken on January 31, the last time Lam was seen alive. In it, Lam does a series of gestures & movements, causing suspicion about why she’s acting strangely. The start of the video may be the creepiest. As Lam enters the elevator, she hunches over to push a button on the panel. The door, however, never closes.

Lam appears to be checking outside the elevator multiple times, and, at one point, looks as if she’s hiding from someone as she stands in the corner of the elevator. With the door still open, she starts to walk in & out of the elevator, sometimes out of frame. She walks back in only to push almost every button, sometimes multiple times, and starts to move her hands as if she’s speaking to someone, but no one else is in the footage.

Lam eventually leaves, and the end of the video shows the elevator finally opening & closing its doors. You can still watch the four-minute video on YouTube, where it currently has over 27 million views. The video is hard to see, as it’s particularly grainy, but the unsettling video is worth watching to understand the complexities behind this case. 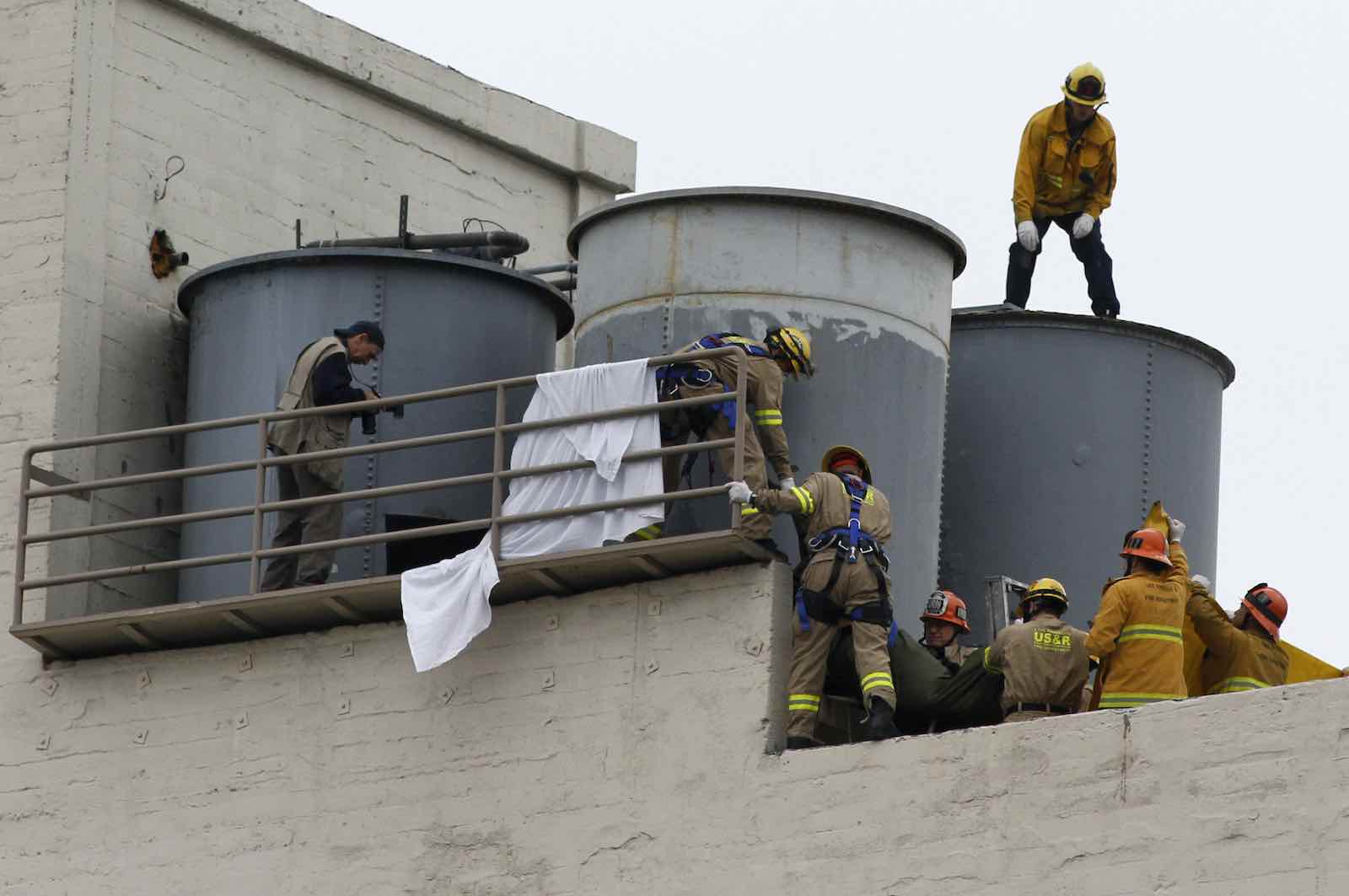 Over the days after Lam was reported missing, guests at the Cecil Hotel began noticing a change in the water from the hotel. It was finally explained when Lam’s body was found in the hotel’s water tank on February 19. The body was found bloated & decomposing in the water, so investigators were unable to get as much evidence as usual. For example, they couldn’t retrieve enough blood to get a finished toxicology report.

The LA Times reported the LAPD had to cut into the side of the tank with a chainsaw in order to remove the body. Police couldn’t determine a cause of death at the crime scene. While guests reported foul tastes & dark water coming out of the showerheads, the Health Department reportedly found no biohazards in the water, according to The LA Times. The hotel used the water for the sinks, showers, and to clean the hotel’s linens.

According to The LA Times, upon inspecting the scene, detectives said they couldn’t rule out foul play, pointing toward the suspicious location where Lam was found. She was found naked, but her decayed clothing was also in the tank, along with a watch and room key. Three days later, the coroner ruled Lam died of an accidental drowning. 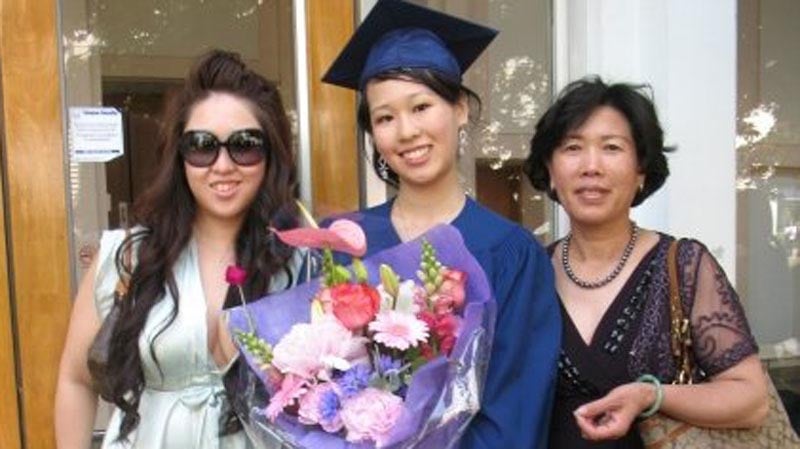 When authorities discovered Lam was diagnosed with depression & bipolar disorder, some began to speculate her mental health was the cause of her strange behavior. This theory expanded when people discovered a blog Lam kept which had some questionable entries.

Many of the entries described how she was feeling, as one entry said, “Expecto patronum. Depression sucks”. In the entry, she described how she didn’t have control over her emotions, saying she quickly shifted from being angry to being happy, according to The Daily Maverick.

Lam’s mental health struggles strengthened the theory Lam committed suicide rather than being murdered. According to The Daily Maverick, some have wondered whether Lam was under the influence, despite having a toxicology report that only detected her prescription medicine for her bipolar disorder. 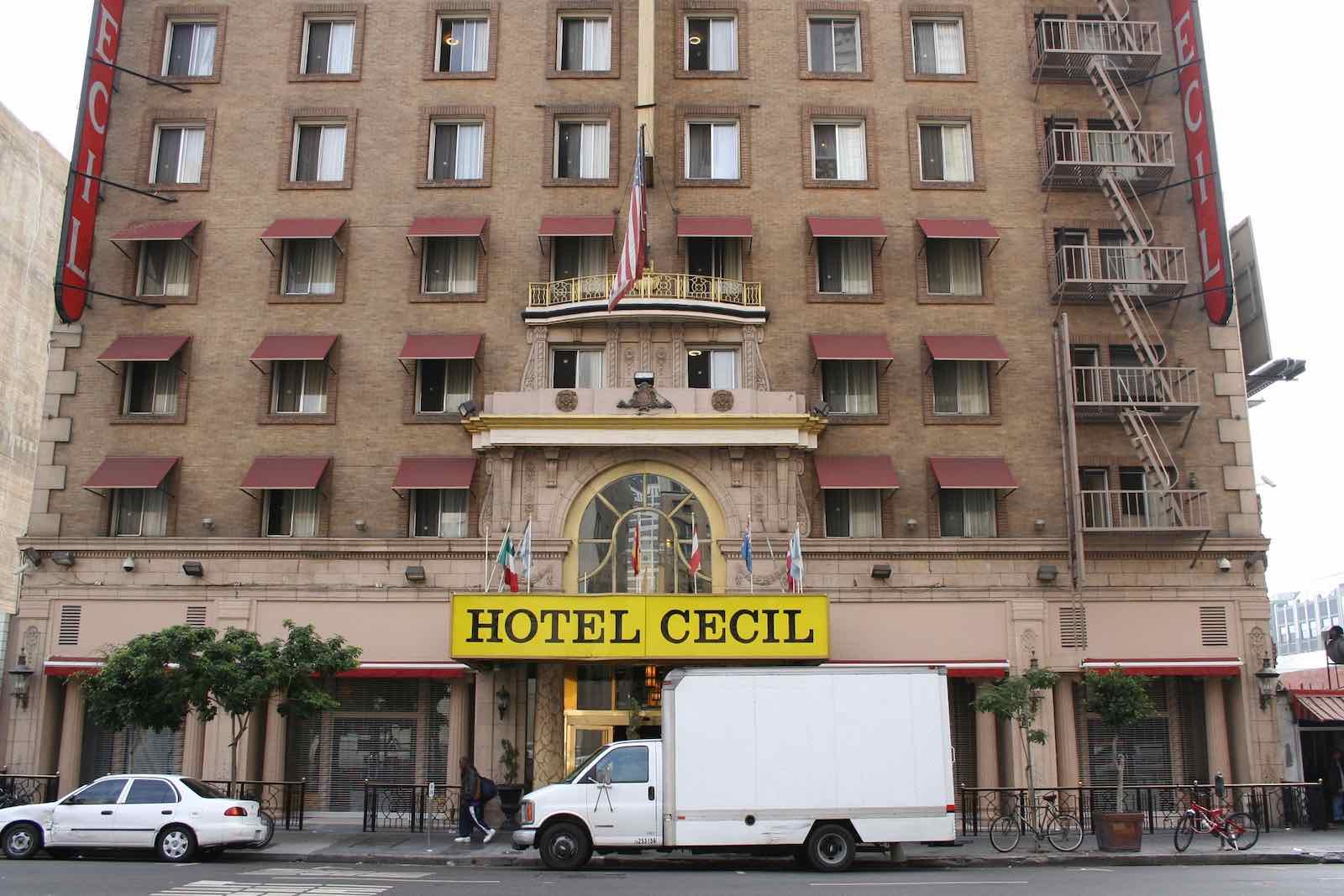 Prior to Lam’s death, the Cecil Hotel was already known for seeming to be a magnet to crime, murder, & suicide. Now rebranded as “Stay on Main”, the Cecil Hotel was built in 1927 and was once a popular hotel in the 1930s & 40s, according to The LA Times. However it’s garnered many controversies, as it has since attracted multiple serial killers, including the infamous “Night Stalker” & possible copy-cat Jack Unterweger.

Starting in the 1960s, the Cecil Hotel was nicknamed “Suicide Hotel”, according to KCET, because of the magnitude of suicides the hotel seemed to have over the years, especially in the wake of the Great Depression. It reached a peak from the 1970s to the 1990s, according to The LA Times.

Because of the amount of deaths at the Cecil Hotel, some of the more outlandish theories speculate whether the hotel is haunted, especially since the elevator video shows Lam gesturing to seemingly no one. However, the skeptical armchair detectives claim her behavior was because of her bipolar disorder. 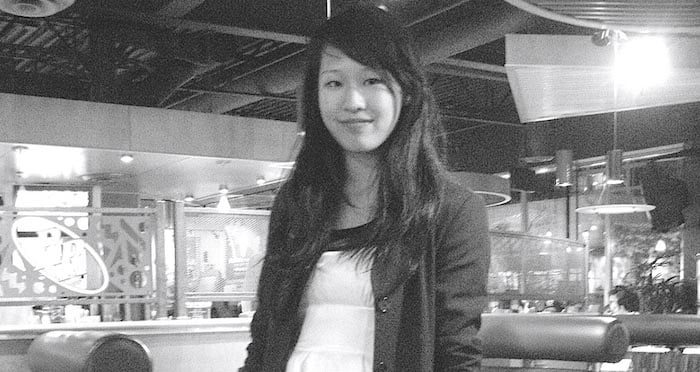 There are many inconsistencies in the case, making Elisa Lam’s death a hot topic in true crime circles. One of the most head-scratching details is how Lam was even able to get to the water tank, as only staff had access to the roof. One way she could have reasonably gotten to the roof would have been the fire escape, though this theory hasn’t been confirmed, and it’s unclear how she would have gotten into the tank itself.

Other unclear details include Lam’s lost phone, the inconclusive toxicology report, and an autopsy report many claim wasn’t satisfactorily thorough enough. For example, the coroner didn’t write down the results of either a rape kit or fingernail kit. According to The Daily Maverick, further scrutiny of the autopsy by other forensic scientists who spoke of their doubts on the credibility of the autopsy.

Lam’s parents sued the hotel for wrongful death, while the hotel claimed they couldn’t have predicted Lam would’ve entered the water tank, according to CBS. The lawsuit was ultimately dismissed in 2015, according to KNBC. In addition, many Cecil guests also decided to sue the hotel because Lam’s body was found in the water that was used for drinking, taking showers, and more.