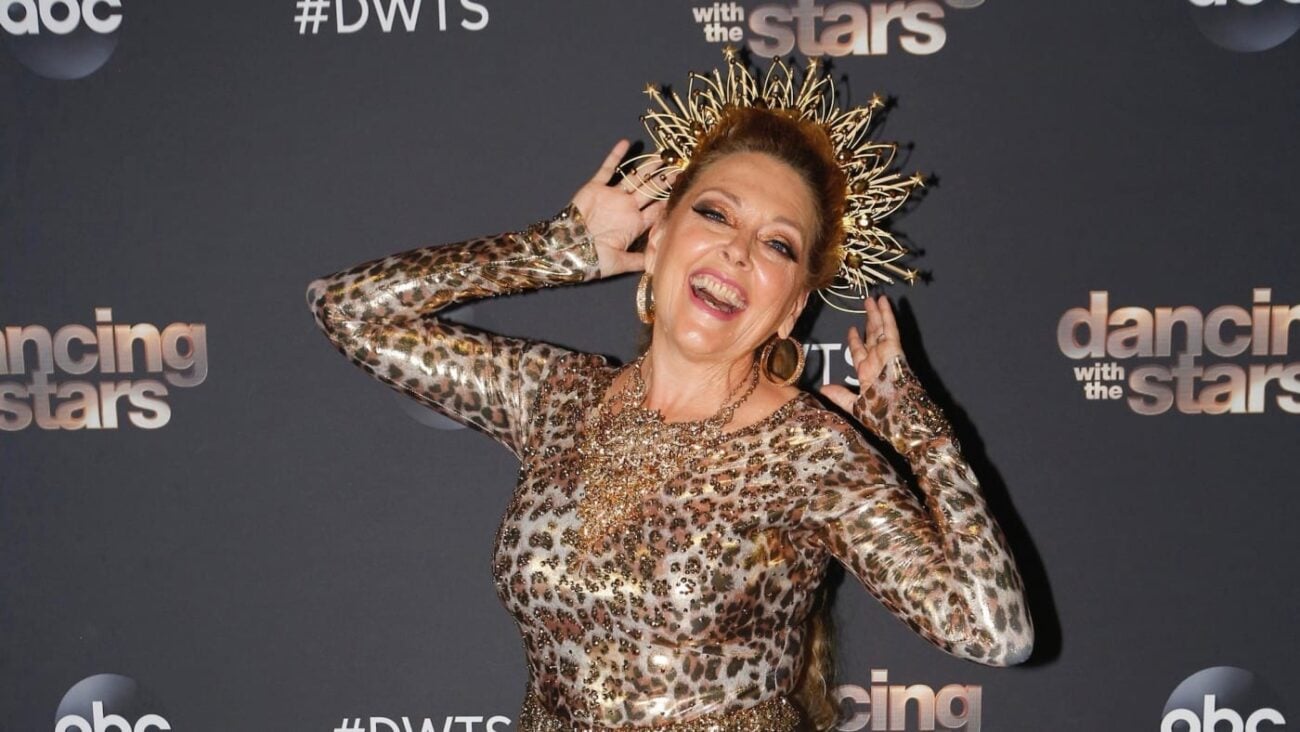 When Netflix’s documentary series Tiger King was released in 2020, viewers got an inside look at the eccentric Joe Exotic’s zoo and the people who helped him run it. While that aspect was fascinating on its own, there’s nothing like a little (un)friendly competition between the show’s two stars. The controversial Carole Baskin, who owns Big Cat Rescue, came onto the scene and gave Joe a run for his money.

On the outside, she seemed like she really cared about her furry creatures, and preserving their health & habitat was her biggest concern, but digging deeper, whispers of deceit & lies were rumbling just beneath the surface. 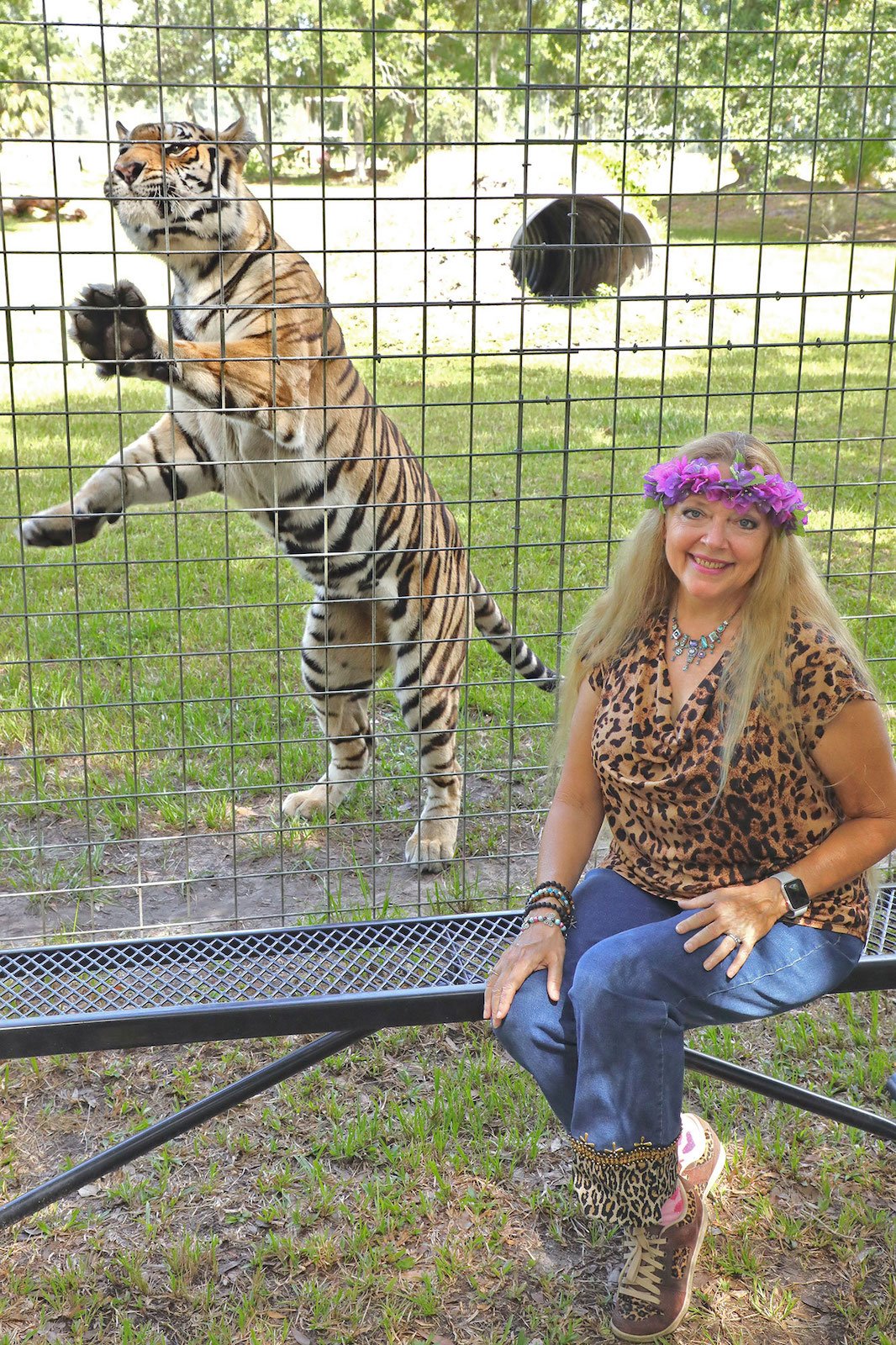 Exotic & Baskin’s hatred towards one another was apparent on & off screen, and in the end, it was Baskin who got the last laugh. Joe was eventually thrown in prison and is serving a twenty-two-year prison sentence for attempting to hire a hitman to kill her. To top it off, he violated the Endangered Species Act by killing five of his tigers.

Fast-forward to today and Exotic’s zoo has been purchased & sold by Baskin, and it’s not for the reason most people think. 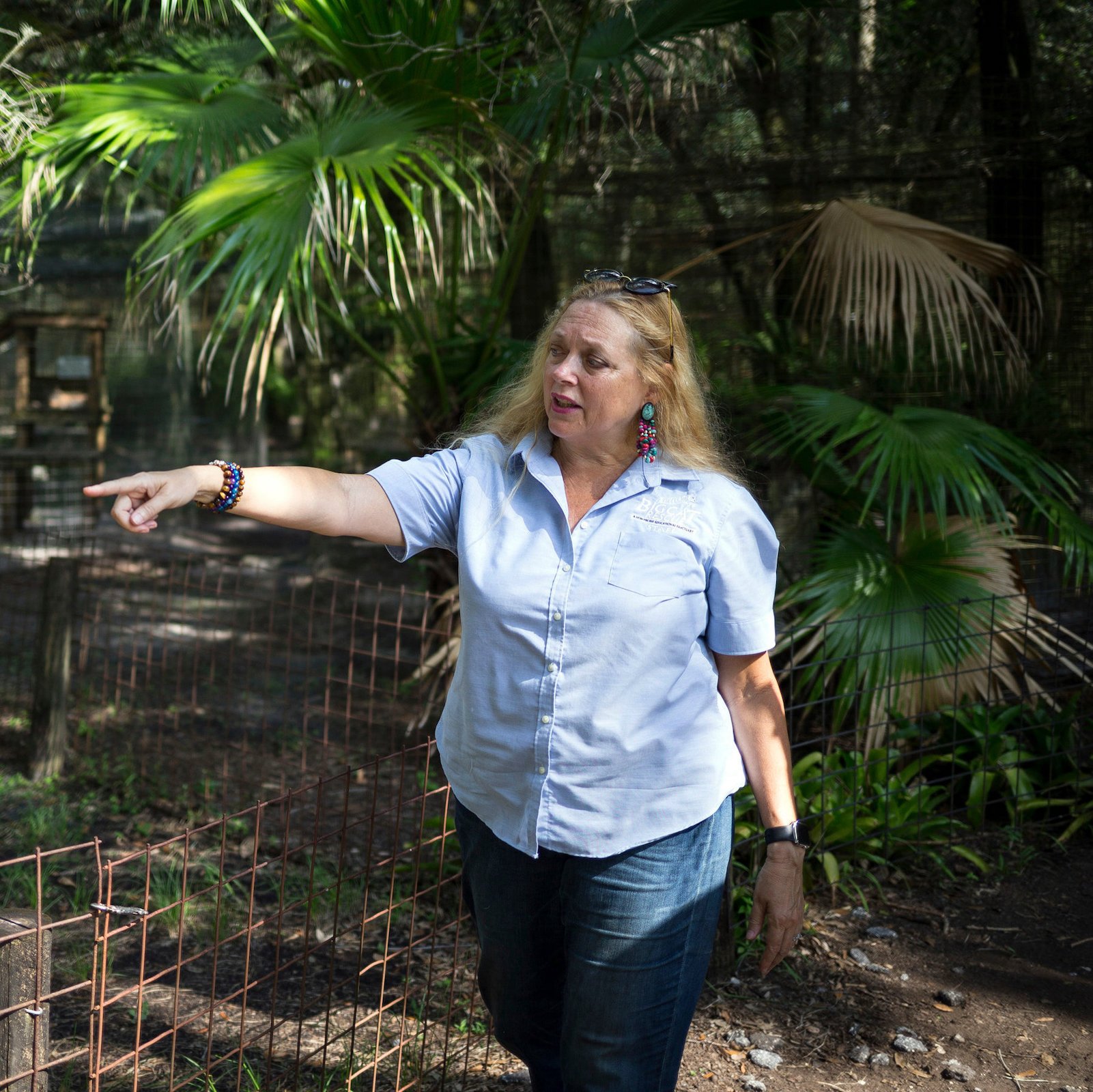 Viewers had an inkling that some of the zoo owners on the show had ulterior motives, but for the most part, it seems like the Tiger King star Carole Baskin had pure intentions when it came to selling the Oklahoma zoo. Although Baskin doesn’t own the land anymore, she had one main stipulation before selling it: it can’t be used as a zoo for 100 years.

On account of what went on at the zoo while Joe Exotic still owned it, it makes sense Baskin would want it to be used for something else. To take the stipulation one step further, she also demanded the new owner have no affiliation with the former “Tiger King”.

According to sources who’ve seen the court document, the property was sold to Francisco & Nelly Vazquez for $140,000 in June 2021. To add, the new owners can’t use any former names of the zoo such as G.W. Zoo or anything that starts with “tiger” or “big cat”. 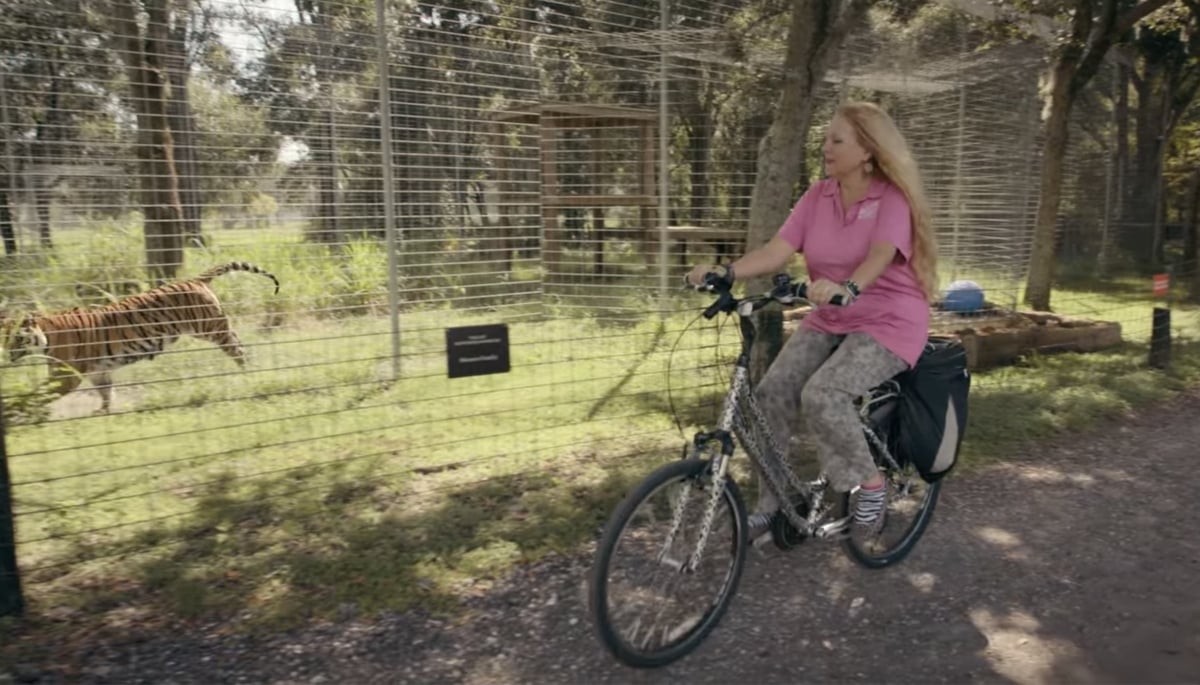 What’s next for the former zoo?

Even though the Tiger King star Carole Baskin has sold the land, she & her husband Howard hope the land is used for something useful, like an RV park. Before the sale, the Baskins got their hands dirty & cleaned up the area, so it was neat & tidy for the subsequent owners.

Hopefully, Francisco & Nelly Vazquez will abide by their wishes and turn their newfound land into something that gives back to the community, or at least something legal. 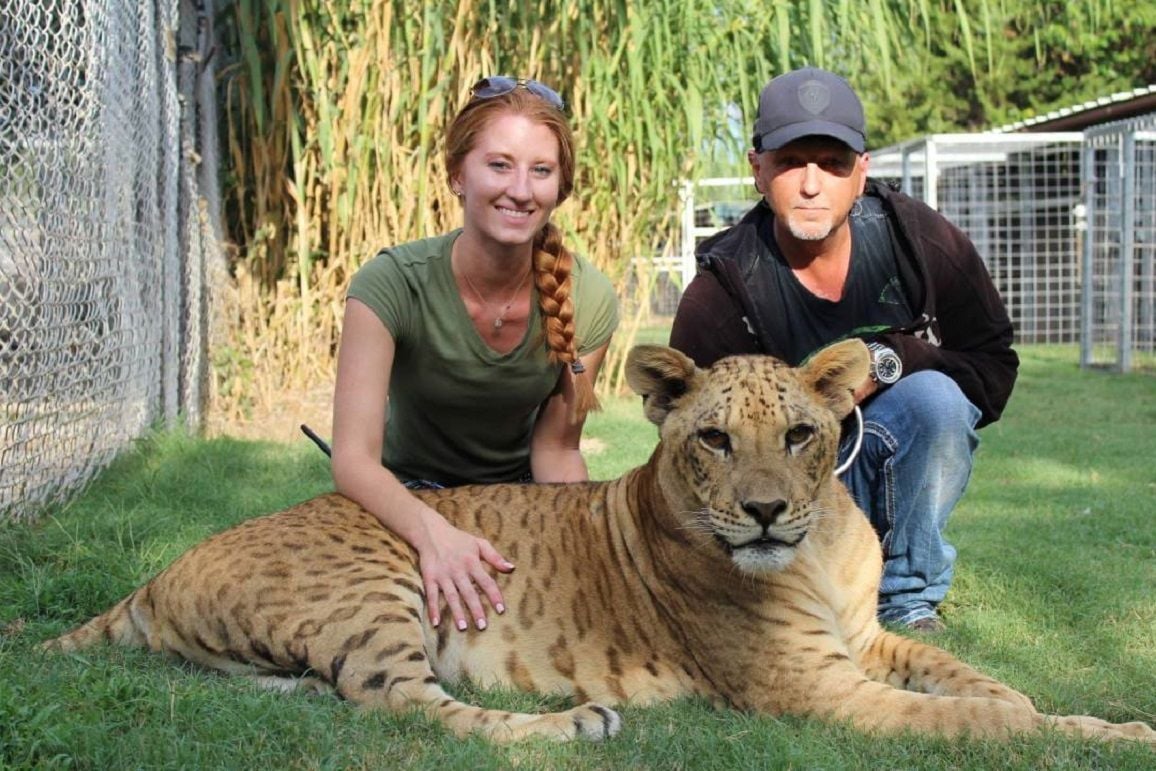 What about Jeff Lowe?

By now, Tiger King fans might be wondering what happened to Jeff Lowe. Initially, Joe Exotic hired him to help with G.W. Zoo, but once Exotic started acting shady, Lowe took that advantage and helped authorities put him in prison.

After watching the series, it’s clear Lowe didn’t have the best intentions, but at least he wasn’t blowing up buildings or hiring hitmen to take out his enemies. In June 2020, Lowe surrendered the zoo over to Tiger King alum Carole Baskin after he filed a lawsuit against Exotic’s mother, Shirley Schreibvogel.

The ruling stated Lowe had 120 days to move off the property, with the remaining animals in tow. Hopefully, Lowe is taking care of the once zoo-bound animals and cleaning up his act. 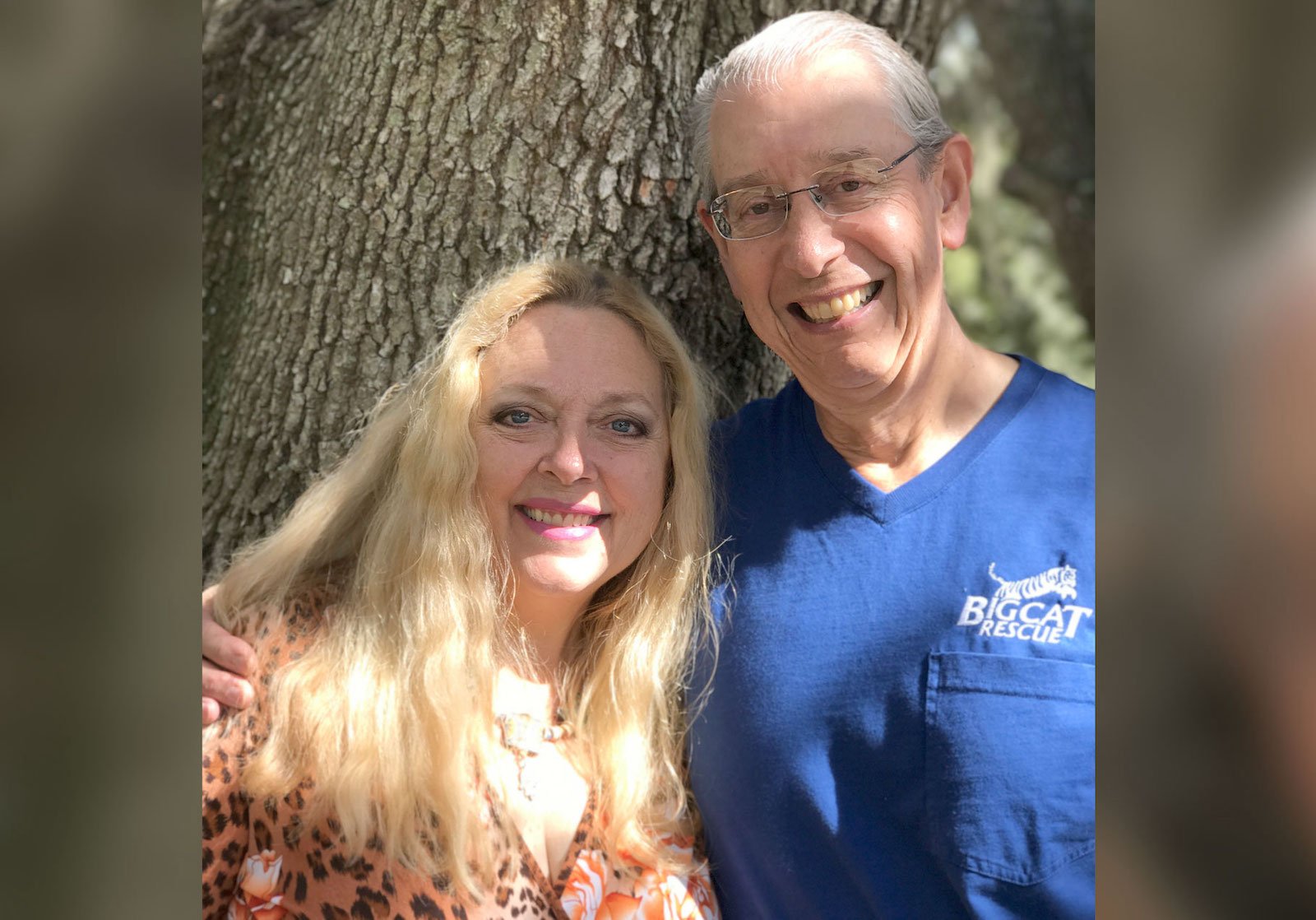 What’s Carole Baskin up to?

Fans are probably wondering what Carole Baskin’s day-to-day looks like now that the cameras aren’t rolling. In true Tiger King Carole Baskin fashion, she’s been cashing in on her fame by appearing on social media platforms like TikTok.

Since Big Cat Rescue has been closed down amidst the pandemic, Baskin has had to pivot and find other income streams to continue running her business. She also appeared on season 29 of Dancing with the Stars but was voted off early.

What do you think of Carole Baskin’s conditions for buying the zoo? Let us know in the comments below!