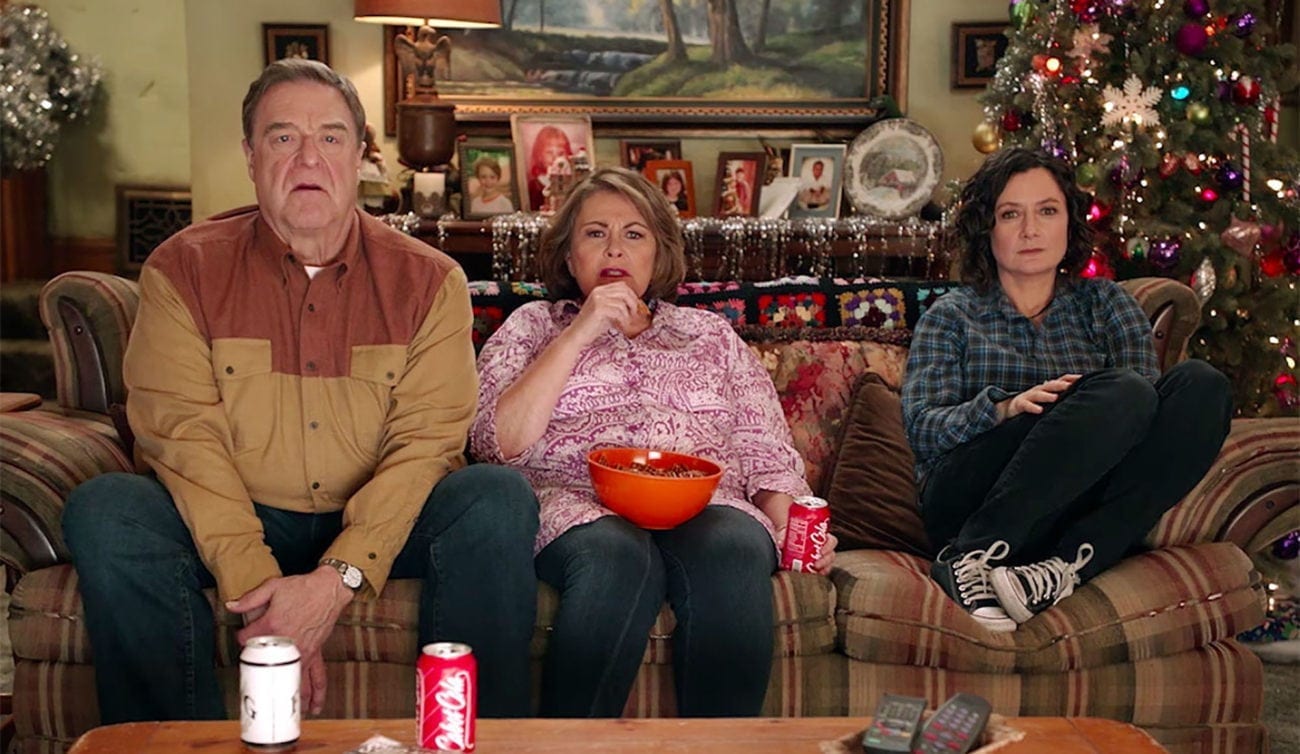 The ‘Roseanne’ response: How hit shows might look with new leads

The news dropped last year that the Roseanne revival would be cancelled – a decision made by ABC after the lead star Roseanne Barr posted a tweet inferring that former Barack Obama advisor Valerie Jarrett is the child of the “muslim brotherhood & planet of the apes”.

While she apologized for the tweet and tried to pass it off as some kind of Ambien delirium (does that explain all of her previous controversial and racially charged mishaps too?), the network decided the comedian’s statements were “abhorrent, repugnant, and inconsistent with our values” and hit the bottom-line bullet by cutting the show from its slate. 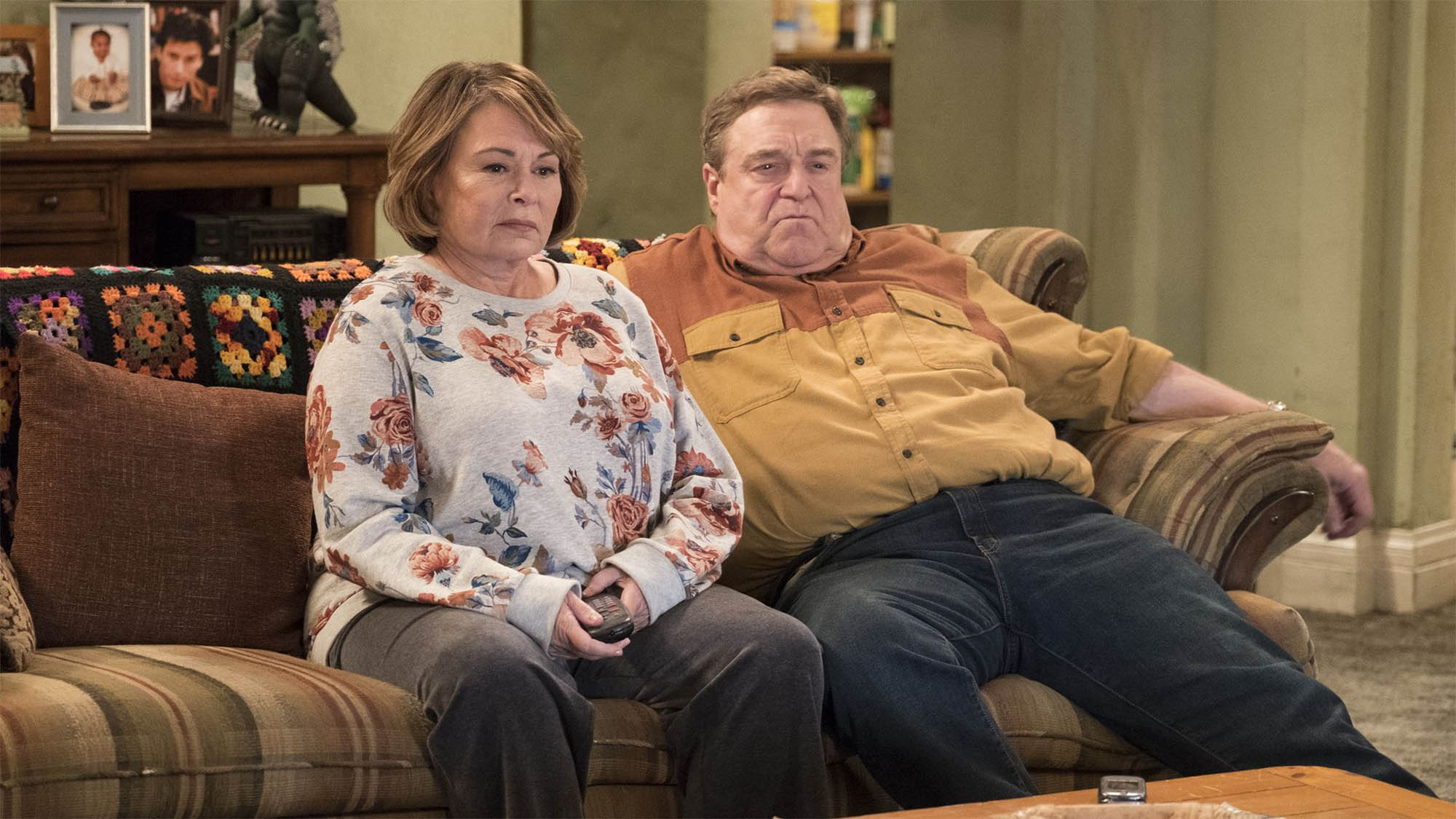 As the entertainment industry tried to make sense of it all, one question on everyone’s lips was: could the Roseanne revival survive? While ABC did cut the show, it’s not totally inconceivable the show could continue without Barr’s abrasive presence. Though a star’s exit can sometimes leave both the network and the viewers in a tough spot, there are several shows that continued after losing their radioactive lead.

Racist tweets aside, the entertainment industry has been shaken by the sexual misconduct scandal over the past several months, with many claims made against actors and powerful industry figures. Numerous TV shows have made the decision to cut the lead following such allegations and we’re here to discuss how these shows might look without their problematic lead stars (and how they might just be better off without them).

As said, the show was cancelled but that’s not to say its revival can’t survive without Barr. Sara Gilbert – who plays Darlene on the show – was one of the first actors to distance herself from the tweets, something that added to the rumors ABC might bring back Roseanne as a Darlene spinoff.

Per The Hollywood Reporter, multiple sources have said the Disney-owned network is open to potential spinoff ideas and “a TMZ report on Friday indicated that star Sara Gilbert — who plays Darlene and was the driving force of the 10th season revival — has been actively pitching a rebranded series built around her character.”

This is all speculation but with so many fans jonesing for a “sisters doing it for themselves” type spinoff, we wouldn’t be surprised if Darlene was given a chance to steer the ship with Becky on her side as the pair team up to tackle the world. Watch this space.

No matter what your take on cisgender actors playing transgender characters, there’s no denying Jeffrey Tambor (Arrested Development) triumphed as the titular character Maura Pfefferman in the heartfelt dramedy Transparent. It became even more shocking when he was accused of sexual misconduct by his former assistant, Van Barnes.

After Amazon Studios dropped Tambor as the lead, it was a decision that at first glances seemed like a death knell for the show. However, this might give more of a chance for the lives of the Pfefferman children, Maura’s ex-wife Shelley, and Maura’s trans friends to be explored with more depth. Up until now, the most compelling moments were derived from Maura’s character as the only one who propelled forward through life.

As Vulture put it, the chance to shift focus onto other trans characters without Maura as an unshakable storytelling anchor may find a range of trans experiences even more prominently placed in Transparent than they were when Maura was the focus.

Following the sensational sexual misconduct trial and arrest of Bill Cosby, the legacy of the family sitcom The Cosby Show has been tarnished forever. For eight successful seasons, the show was the source of much happiness around America. That’s what makes fans feel even more conflicted, with many claiming Cosby’s character Cliff Huxtable was simply a smoke screen for his ghastly conquests.

The New York Times called it his “sickest joke”, citing he had pulled the wool over America’s eyes with his loveable character – “his wit was quick, his sweaters roomy and kaleidoscopic.” But that’s not to say the show could not go on without him were a reboot to ever take place.

To this day, The Cosby Show is considered a pioneer for its representation of race and class in America, something the writers could’ve achieved through the stories of his family members Clair (Phylicia Rashad), Rudy (Keshia Knight Pulliam), Theo (Malcolm-Jamal Warner), and Denise (Lisa Bonet).

With all family sitcoms, there are always central characters to explore and change focus to, and if a Cosby Show revival were to ever surface, it would no doubt benefit from offering a female-focused narrative (as well as a much needed name change).

In 2017 Vanity Fair – in celebration of Gossip Girl’s 10th anniversary – reassembled the cast of the hit show to look back on the its cultural impact and look ahead to a potential reunion. Talks of a revival have been on the cards for quite some time now and it would make sense amid the industry’s propensity to revive anything and everything it can to cash in on audience’s sense of nostalgia.

While the core characters vary in their opinion of revisiting New York’s Upper East Side, one mainstay who wouldn’t be invited back is Ed Westwick (Children of Men) after he was accused of rape and sexual assault by numerous women including actress Kristina Cohen. Although his character Chuck Bass wasn’t the lead, it would’ve looked very different had he not been on the show.

If a revival were ever to take place, the writers would have to find the ideal candidate to provide some much needed romance and drama with Gossip Girl royalty, Blair (Leighton Meester).

Filming has resumed for season six of Netflix’s hit political drama House of Cards without its titular character Francis Underwood, after Kevin Spacey (The Usual Suspects) was accused of sexual misconduct by numerous claimants including Anthony Rapp (Star Trek: Discovery), who said the actor made unwanted sexual advances toward him when he was 14 years old.

Having been removed from the show, House of Cards was threatening to come falling down like its title.

However, the show must go on and the creators made the decision to continue the flagship into season six. We already know how this is going to look, as it’s confirmed House of Cards will shift focus entirely to Claire Underwood (Robin Wright) as the permanent President of the United States. Judging by the end of season five, it seemed the writers were geared towards this focus shift anyway – Spacey’s exit simply gave it the final push.