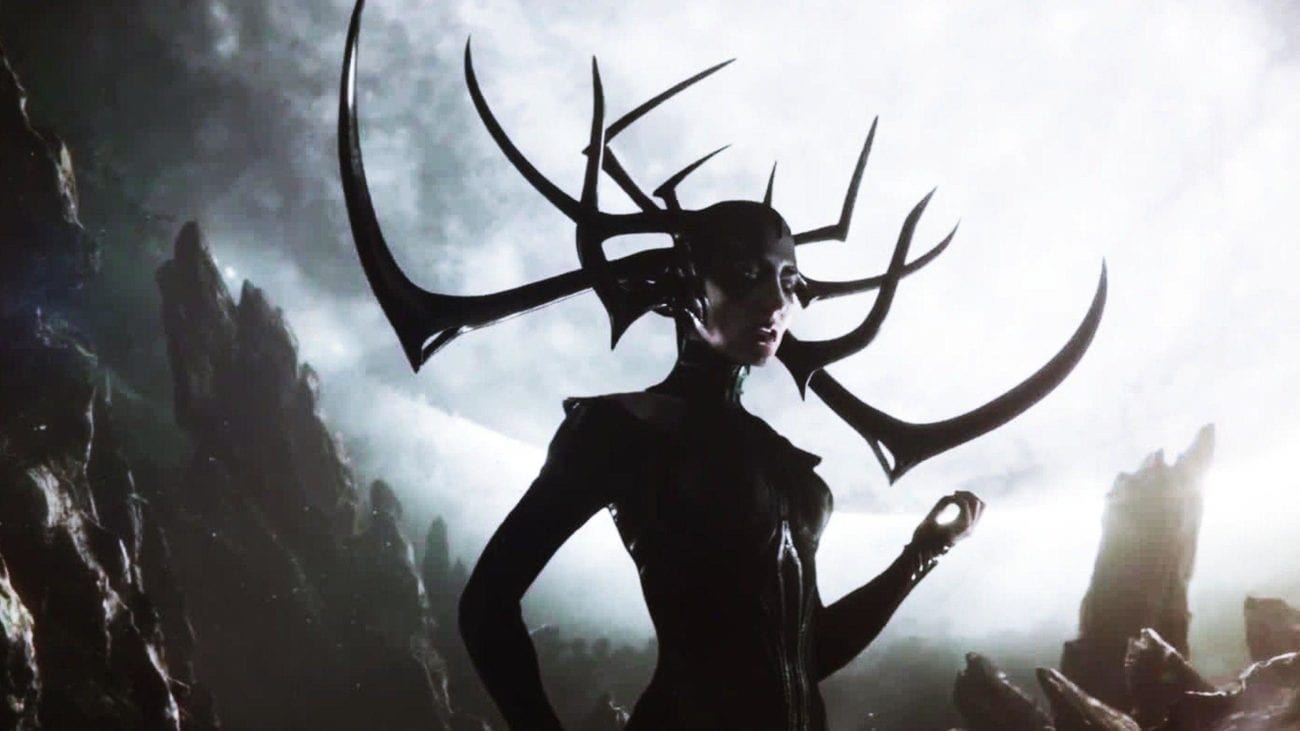 Bad girls do it well: The MCU’s most despicable female villains

The Marvel Cinematic Universe is continually expanding on the big and small screen at all times. Having continued to grow since Iron Man reminded audiences everywhere that superheroes are kinda neat when done well in 2008, the MCU has become a behemoth of heroism – and of villainy.

There are plenty of planet destroying, power hungry, and generally despicable dudes who have made for fantastic villains in many MCU titles. But there’s also been a lot of terrific female villains too, who prove that bad girls can also rock the universe just as hard.

We delved deep into our dark little hearts to decide which female villains from the MCU are the best so far. Here’s a ranking of the ten we decided upon. 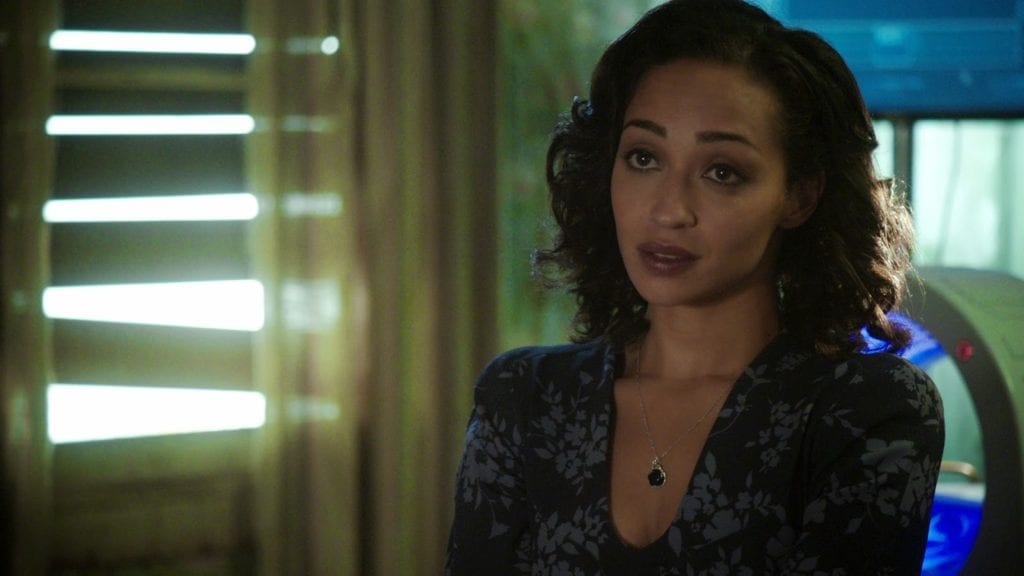 For starters, she’s played by Ruth Negga, which automatically makes her one of the coolest characters in the MCU. But Raina is also one of the most complex villains of the extended universe, starting out as a self-serving asshole but coming through as something resembling a hero by the final act. 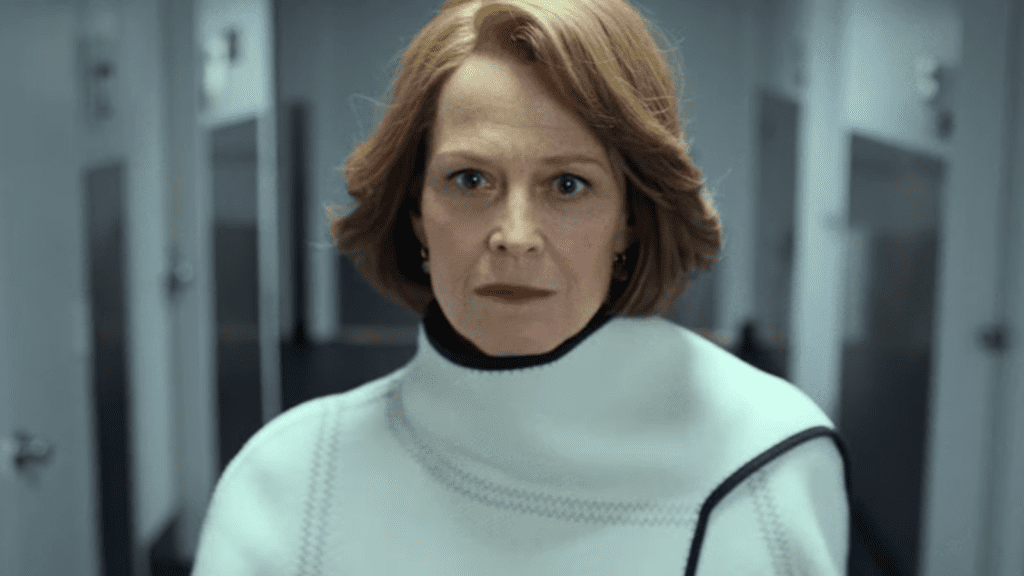 Admittedly, Sigourney Weaver’s turn as the “big bad” of The Defenders was underwhelming to say the least – not that it’s the legendary actor’s fault. It’s just hard to like an immortal villain who so casually shows her hand about who she is by saying stuff like “Marie Curie knew how to party!” or “Beethoven was a really nice guy.” 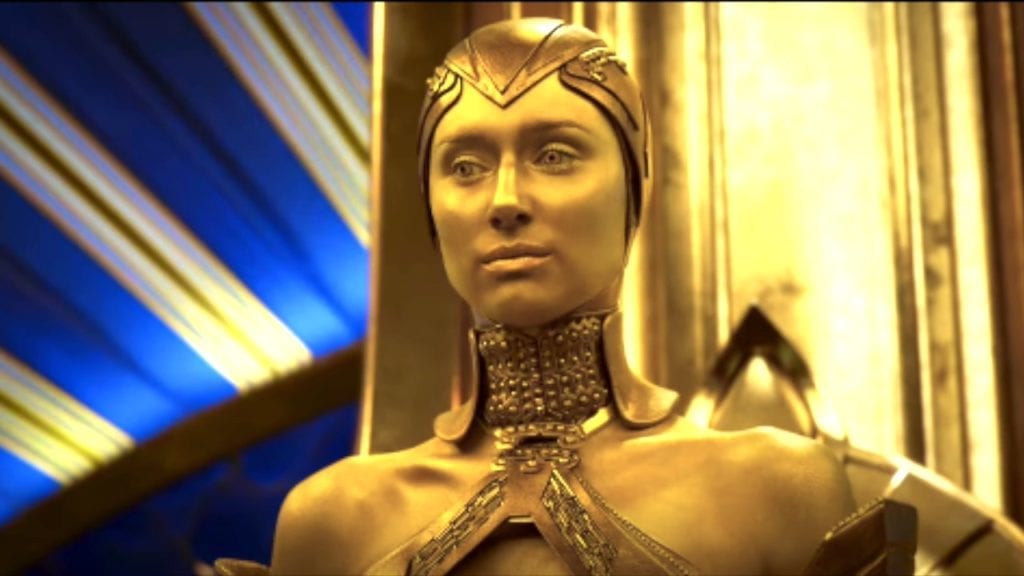 8. Ayesha: Guardians of the Galaxy Vol. 2

Elizabeth Debicki’s gold-skinned Sovereign High Priestess is just a powerful lady out for retribution after Rocket (Bradley Cooper) steals the batteries she’d tasked him (and the gang) with protecting. Though the character isn’t given heaps of screen time, her hot, burning swagger of arrogance and determination to get what’s hers outlines her as a threat worth watching out for. 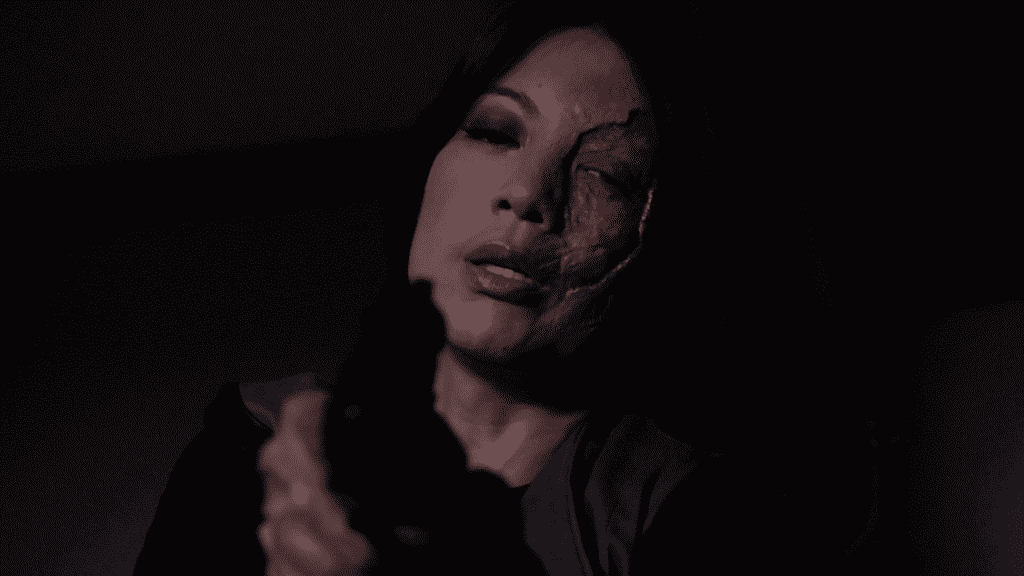 Poor old Kara Palamas (Maya Stojan) was a S.H.I.E.L.D agent captured by Hydra, brainwashed, and then forced to do the bidding of Daniel Whitehall (Reed Diamond). With many twists and turns throughout her arc, Agent 33 is a tragic figure whose villainy was almost beyond her control. 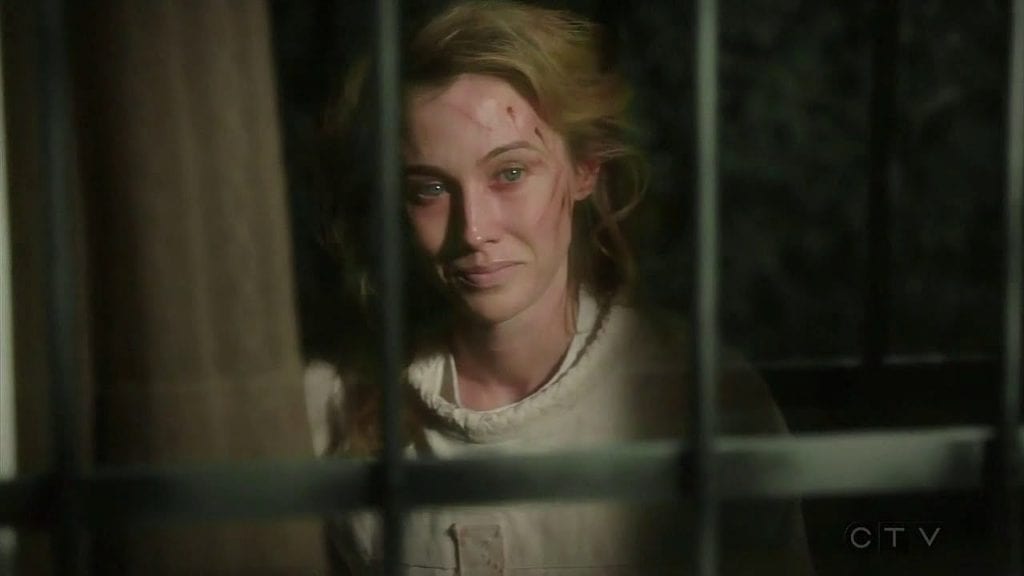 Once the Zero Matter becomes a part of her, this fascinating character (played by Wynn Everett) reaps revenge on everyone who’d used sexist reasoning to hold her back or who had forced her to believe that a woman’s beauty is more important than her brains.

But damn, she proves she’s got brains. A whole chaotic skull of them. The Zero Matter ultimately drives her absolutely loopy and she winds up killing way more people than anyone could have predicted. 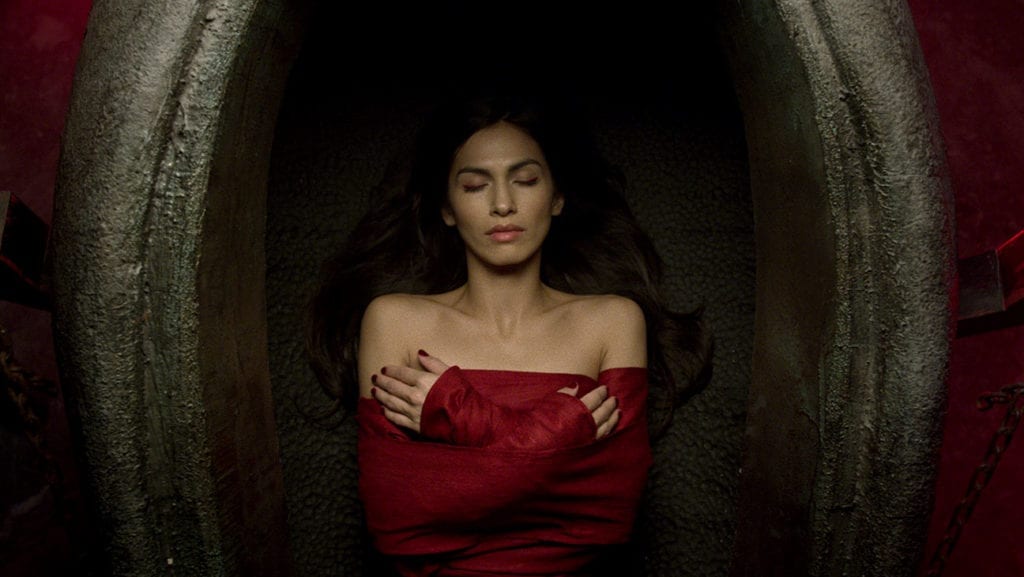 The resurrection of Elektra (Elodie Yung) by The Hand and the fact she’s used as a physical weapon in the form of the Black Sky made the character an unexpectedly terrific villain in The Defenders.

Particularly as it stirred up a bunch of sh*t for former lover Matt Murdock (Charlie Cox), who was as desperate to save her as he was New York City, underpinning the season with some much needed emotional weight. 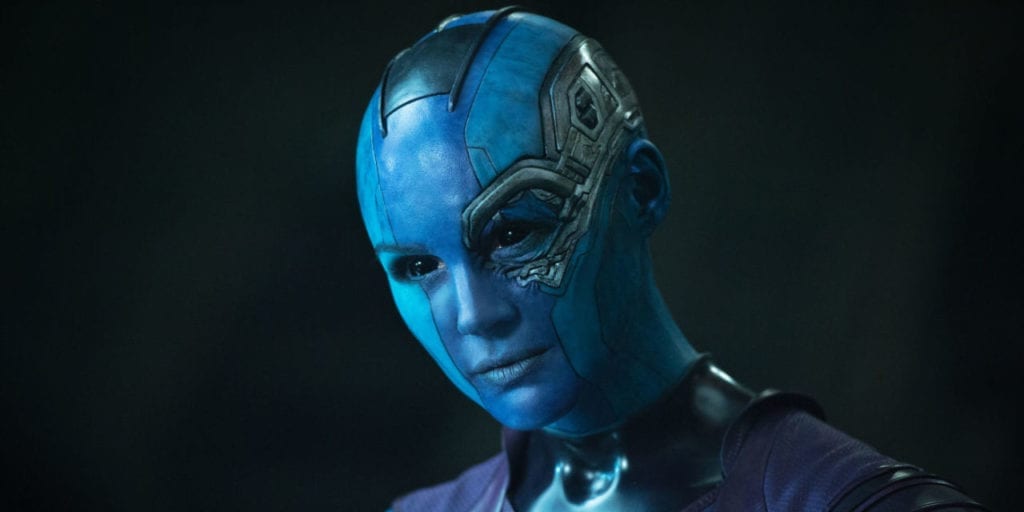 4. Nebula: Guardians of the Galaxy

We love Karen Gillan in just about everything we see her in, even when she’s unrecognizable in a set of spacey prosthetics and blue skin. Daughter of Thanos (Josh Brolin) and sister of Gamora (Zoe Saldana), Nebula is an embittered brat of a villain whose pain is tangible and dangerous.

Nebula is more than just a one-dimensional crook, however. By the end of Infinity War (a.k.a. the “dustening”), we see how deeply she cares for her sister and that she has perspective on her villainy – seeing your dad turn a bunch of heroes to ashes will do that to a girl! 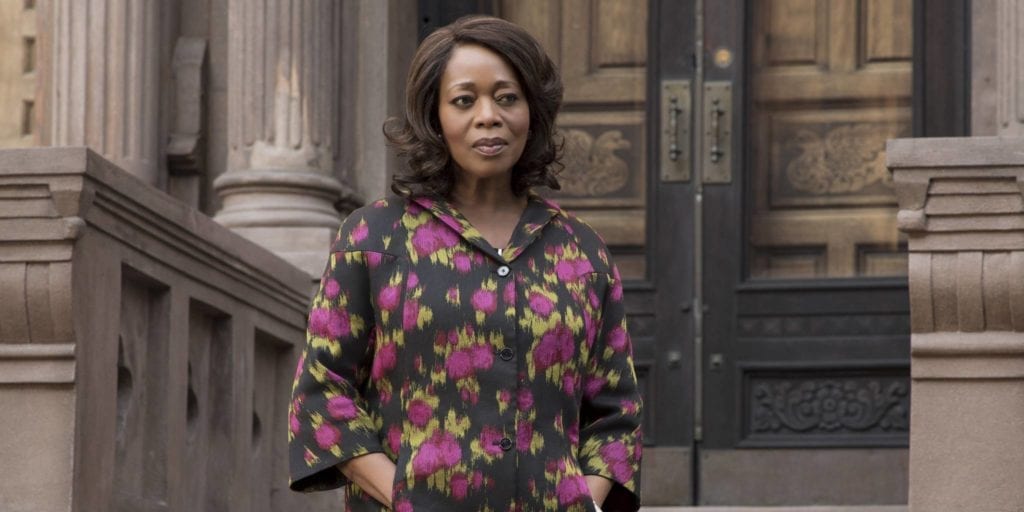 Bolstered by Alfre Woodard’s superbly twitchy and melodramatic performance in the role, Mariah is as ruthless, conniving, and slippery a villain as you could wish for.

While season 1 of Luke Cage saw her killing her cousin Cottonmouth (Mahershala Ali) and conveniently telling nobody about the misdeed, S2 saw Mariah manipulating all of her loved ones (all two of them) in maniacal and abusive ways to retain her crown as queen of Harlem. 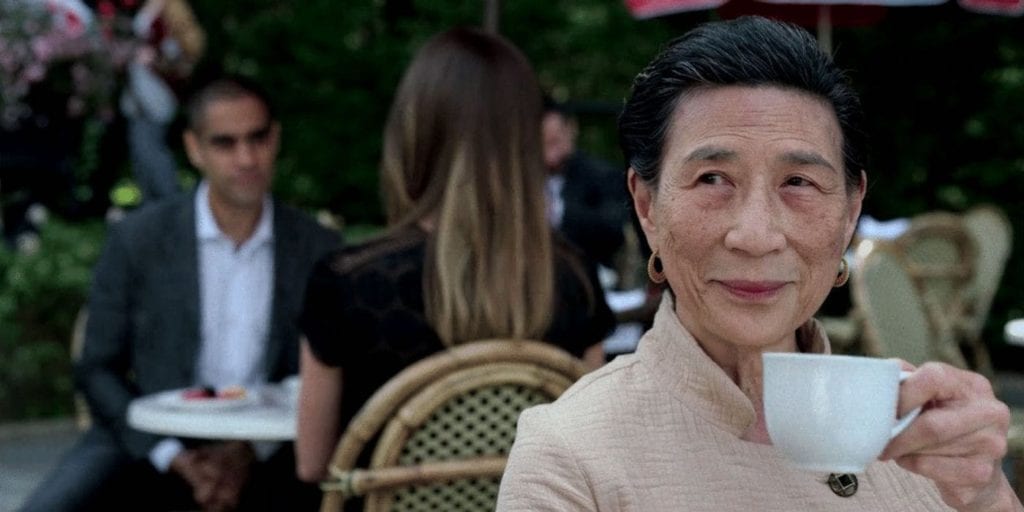 So quiet and unassuming that her villainy is cleverly inconspicuous on every level, Madame Gao may be one of the most unsettling villains of the MCU. The heroin-peddling puppeteer of The Hand (played by Wai Ching Ho) is far more powerful than her diminutive size suggests.

Mischievous and cocky and always about ten steps ahead of her enemies (and her so-called allies), Gao is smart and cunning. She also knows not to waste time getting her own hands dirty, by wielding her power behind the scenes rather than in the forefront. 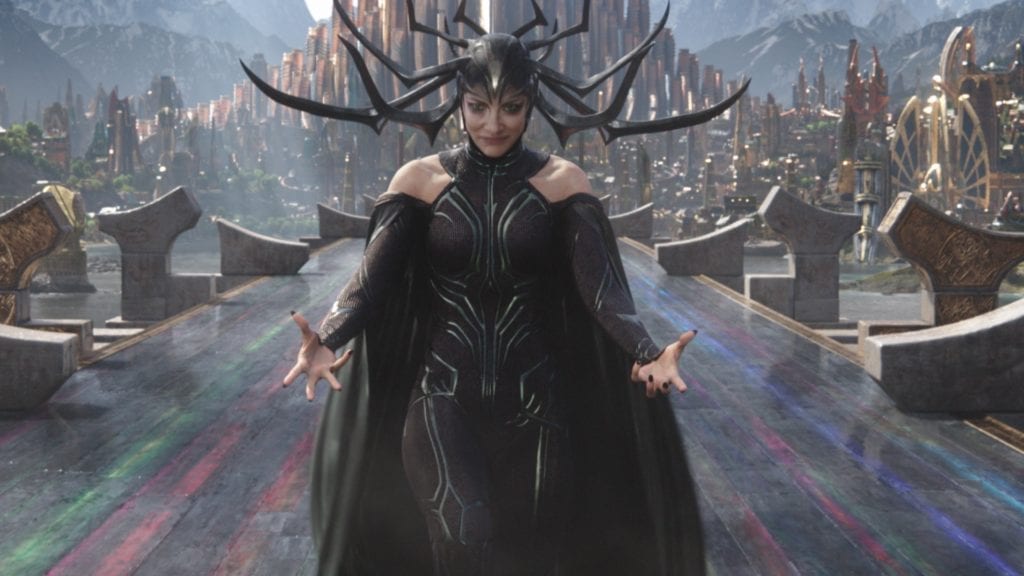 Do we even need to explain this one? It’s Cate Blanchett! As the goddess of death and long lost sister of Thor (Chris Hemsworth) and Loki (Tom Hiddleston)! And on top of all that, she’s also incredibly evil – as you might expect from a woman with such a grim yet powerful title.

The way she cooly and ambitiously takes reign over Asgard after effortlessly destroying Thor’s (puny) hammer is a major moment that highlights her unfathomable strength and the threat she poses.