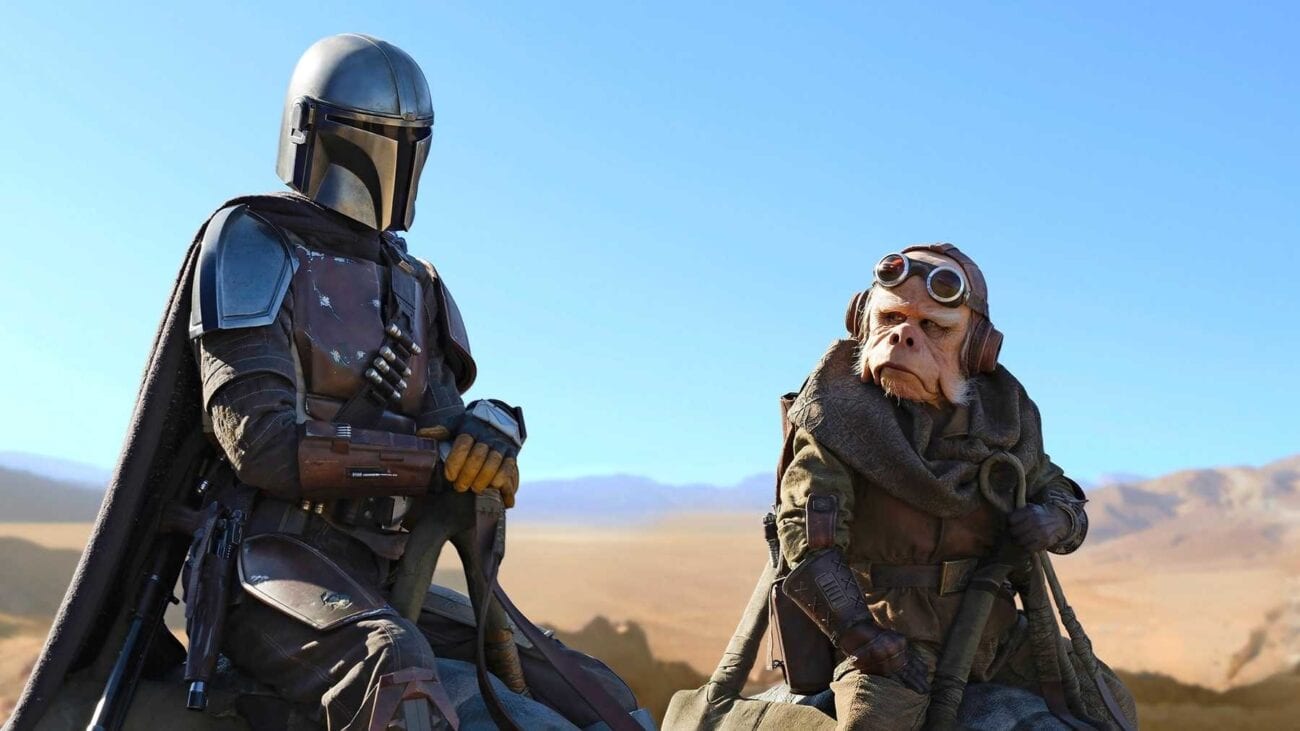 ‘Star Wars’ universe: When does ‘The Mandalorian’ take place?

The Mandalorian season two begins streaming on Disney+ this Friday. The first season has been immensely successful, receiving praise from both Star Wars fans and critics. It features many new faces in the larger universe, but there are plenty of familiar locations and stories connecting The Mandalorian to the Star Wars film.

While the series does not feature iconic characters such as Han Solo or Luke Skywalker, it does take place within the same timeline. Here is when The Mandalorian takes place within the Star Wars universe.

The Mandalorian season one

The Mandalorian stars Pedro Pascal as Din Djarin, a bounty hunter from the planet Mandalore. There are very few of his people left, giving his character legendary status. He is reserved & traditional and he strictly follows the rules of his culture.

When given a mission to find & deliver a package, he discovers The Child, a force-wielding adorable baby which appears to be the same species as Yoda (despite diehard fans’ assertion he’s called The Child, most of the fandom calls him Baby Yoda). 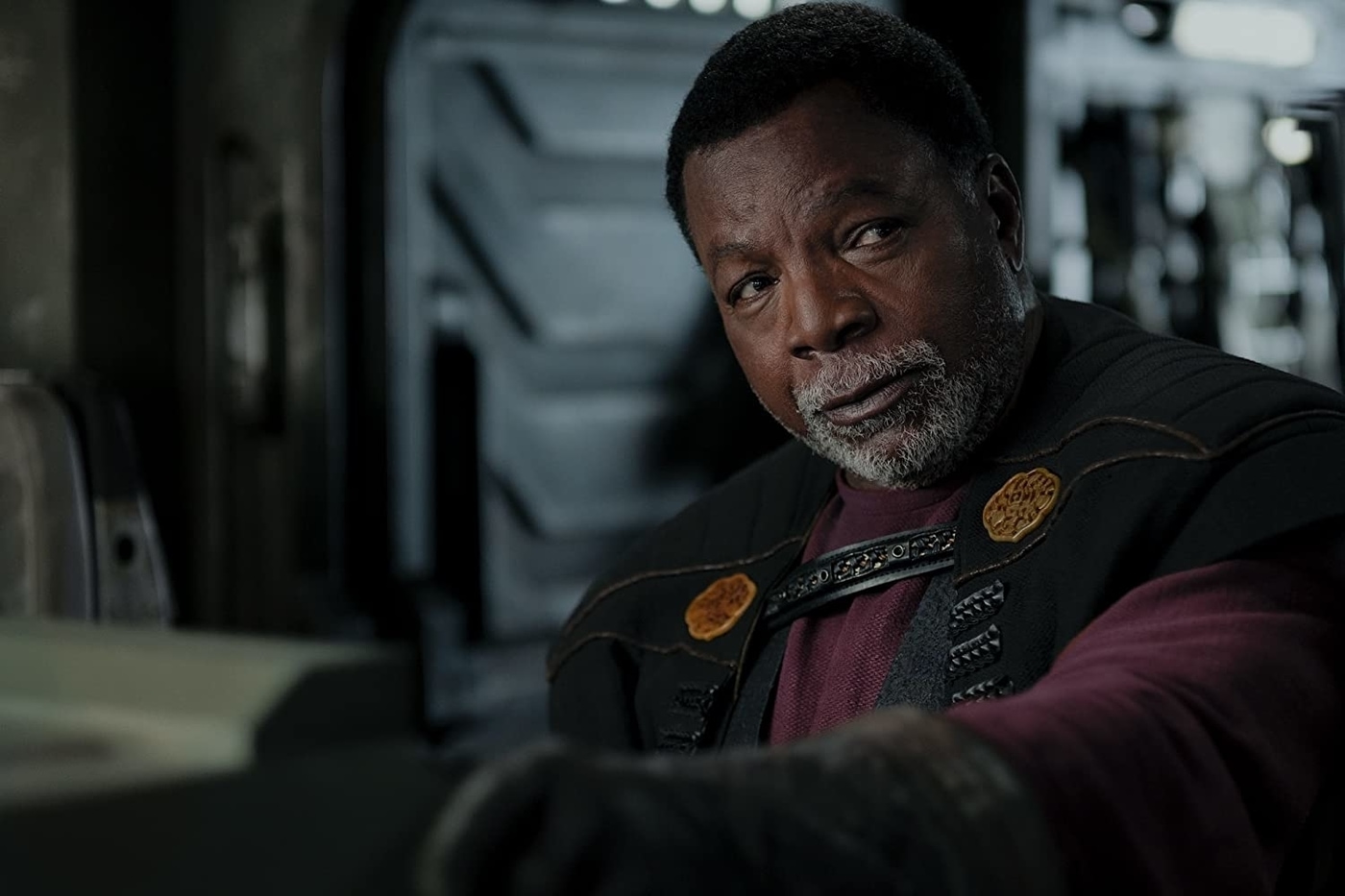 The Mandalorian suspects a sinister plot by the remnants of The Empire involving The Child, leading him to keep the child and figure out what it is and where it belongs. Along the way, he participates in many jobs with a colorful assortment of characters in the Star Wars universe. 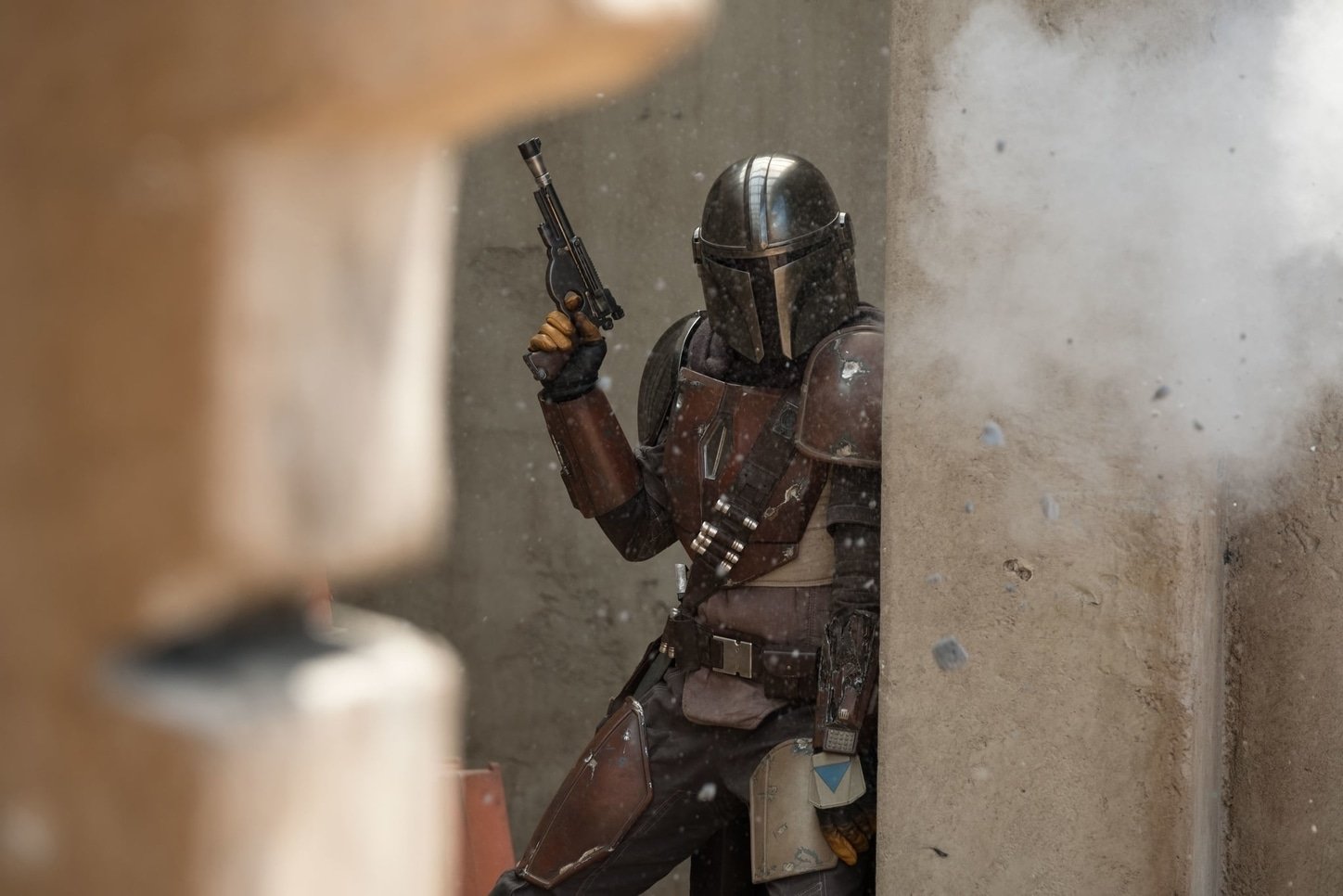 According to Time, Favreau said The Mandalorian is “set five years” after The Empire’s defeat in Episode VI: Return of the Jedi and twenty-five years before the rise of The First Order in Episode VII: The Force Awakens. In Star Wars terms, the series takes place in 9 ABY (after the Battle of Yavin in Episode IV: A New Hope).

This is a time when the New Republic, the democratic regime taking hold of the galaxy after the victory of the Rebel alliance, has a fragile rule of the galaxy—especially in its “lawless outskirts”. 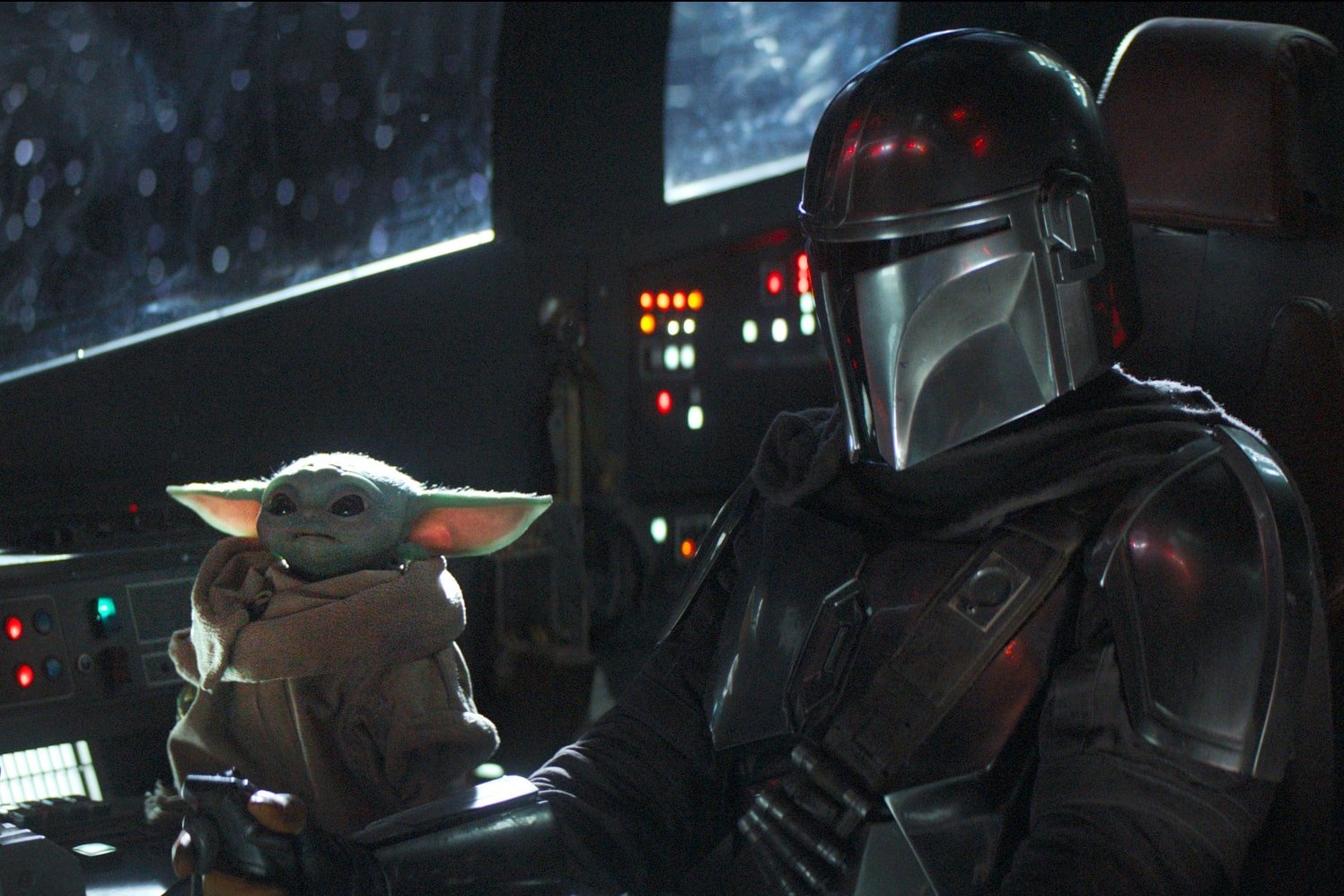 Favreau told Entertainment Weekly The Mandalorian will explore the origins of The First Order and how they became so powerful by the beginning of The Force Awakens. The First Order formed from The Empire’s remains and are the main antagonists of the Star Wars sequel trilogy.

“You come in on Episode VII, [the First Order are] not just starting out. They’re pretty far along,” Favreau said. “So somehow, things weren’t necessarily managed as well as they could have been if [the galaxy] ended up in hot water again like that.” 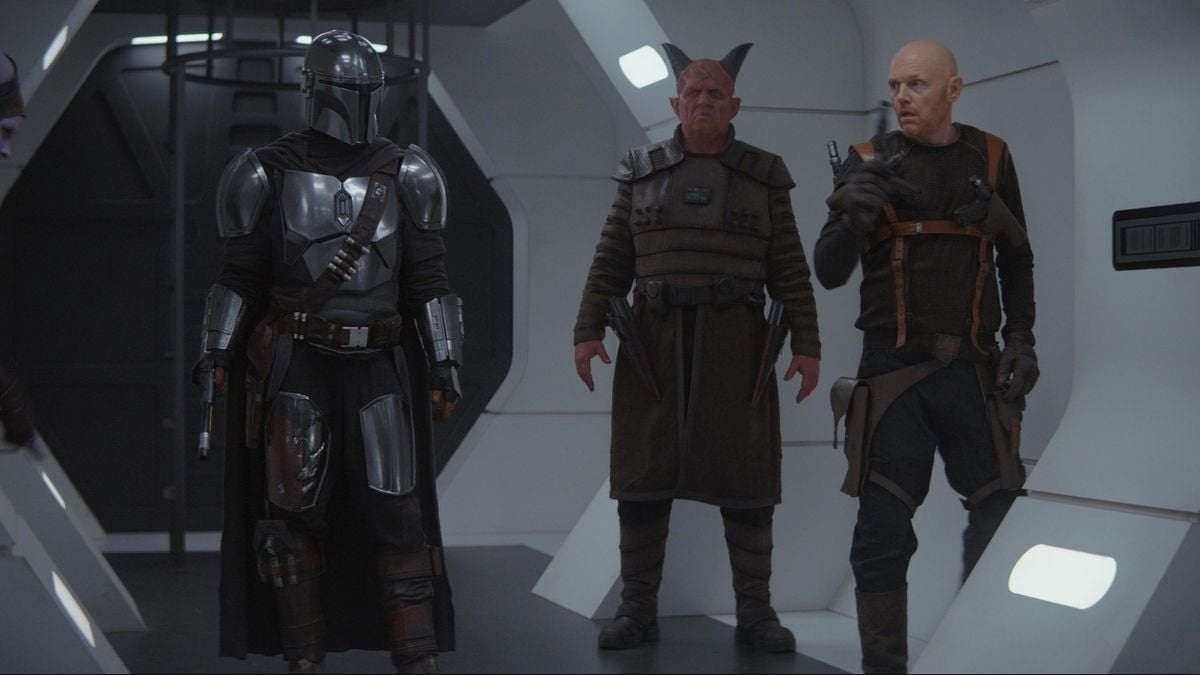 One of the most exciting moments of season one is when Moff Gideon (Esposito) cuts a hole in his TIE fighter by using the Darksaber. For many hardcore Star Wars fans, the Darksaber has been an object of interest throughout the timeline since its introduction in the animated series, The Clone Wars, which takes place between Episode II: Attack of the Clones and Episode III: Revenge of the Sith.

The Darksaber was created by Tarre Vizsla, the first Mandalorian inducted into the Jedi Order. In The Clone Wars, the Darksaber is seen in the possession of Pre Vizsla, the leader of Death Watch, a rebellious group on Mandalore. The Darksaber falls into the hands of Darth Maul after he kills Vizsla. 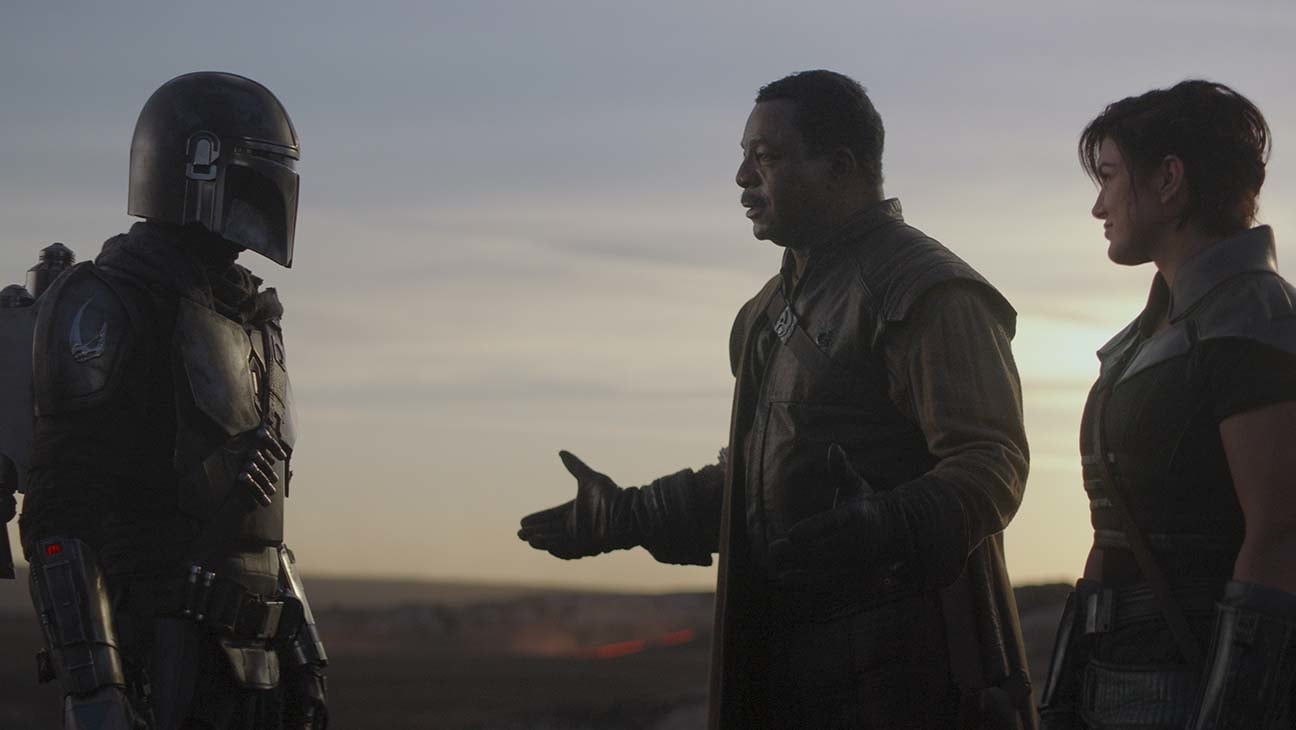 In Star Wars: Rebels, another animated series which takes place between Revenge of the Sith and Episode IV: A New Hope, Sabine Wren finds the weapon on Dathomir and later gives it to Bo-Katan, a Mandalorian who will be played in The Mandalorian by Katee Sackhoff in season two.

It is unclear how the Darksaber ended up in the hands of Moff Gideon, but fans are looking forward to season two answering this question. The Darksaber has been an object present throughout the Star Wars timeline and the story of how it got into the hands of Gideon could reveal when exactly The Mandalorian is taking place.

Based on the trailers, season two of The Mandalorian will follow Djarin as he tries to find hidden Jedi who may be able to help him locate where The Child belongs. Season 2 begins streaming this Friday on Disney+ and will be releasing episodes weekly.