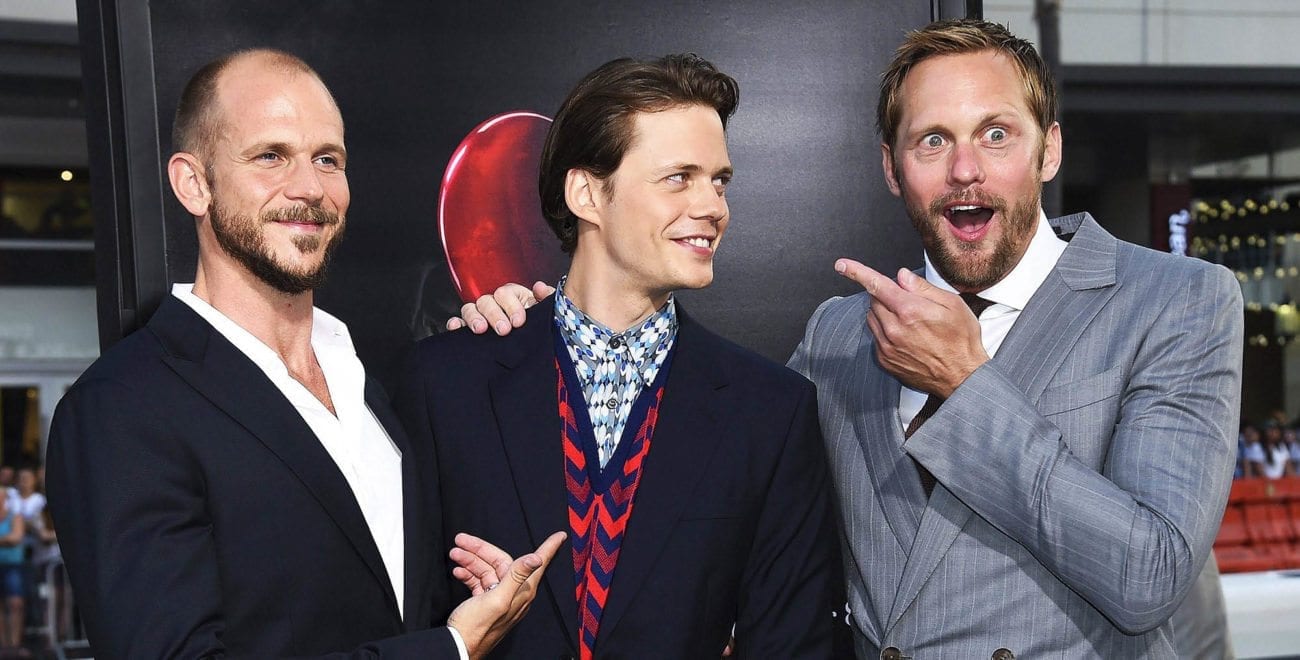 Family fortunes: Sibling actors who made it big in Hollywood

World Sibling Day was back in April. Missed it too? Don’t worry. Maybe go home and give your bro or sis a call, or if you don’t have a bro or sis, give a high five to your proverbial sibling (a.k.a. your best buddy). To mark the occasion, we thought it’d be the perfect opportunity to go through our favorite acting siblings who host the kind of family dinners you could only dream of being invited to.

Born into an acting dynasty, the Skarsgård brothers are truly a gift from heaven above. Alexander is known for his roles in shows like True Blood and Pretty Little Liars, Gustaf starred as Loki in Vikings, and Bill (sweet Lord) is best known for his terrifying performance as Pennywise the clown in It.

Given their ridiculous good looks, these brothers are often confused for one another. Chris is better known for playing Thor in the Marvel Studios franchise as well as his performance as George Kirk in Star Trek. His little brother Liam hasn’t quite enjoyed as much success, although he did bag a decent role in the Hunger Games franchise.

This sibling duo kicked off with Wes Anderson’s film Bottle Rocket, and have since become known for a long line of comedy movies. For Luke, it’s flicks like Old School, Legally Blonde, and The Ridiculous 6, while for Owen, he’s best known for The Darjeeling Limited, Wedding Crashers, Zoolander, and Starsky & Hutch.

Actor couple Will & Jada Pinkett Smith passed on their acting talent to both Willow and Jaden. While Willow played in I Am Legend alongside her dad, Jaden starred in After Earth and took the lead in the updated version of The Karate Kid.

Vanessa Williams has performed in movies like Eraser & Soul Food, but has also starred in dramedies such as Ugly Betty and Desperate Housewives. Her brother was also cast in Ugly Betty, as well as Curb Your Enthusiasm, and Californication.

John Cusack is an absolute big-screen icon, starring in the likes of High Fidelity, Grosse Pointe Blank, Being John Malkovich, and Hot Tub Time Machine. His older sister hasn’t done too badly for herself either, receiving Oscar nominations for Best Supporting Actress in Working Girl and In & Out.

Jake has fulfilled some incredible roles during his acting career, like Donnie Darko, Nightcrawler, Southpaw, and Brokeback Mountain. Meanwhile, Maggie has grown into somewhat of an indie hit, starring alongside Jake in Donnie Darko, as well as Stranger Than Fiction and Secretary.

After his breakout in the cult classic Freaks and Geeks, James Franco has gone on to enjoy a highly successful career in films like 127 Hours and Pineapple Express and recently won a Golden Globe for his comedy feature The Disaster Artist. Younger bro Dave followed in his footsteps and, after starring in 7th Heaven in 2006, he’s gone on to take up a number of roles including the recent Netflix indie hit 6 Balloons.