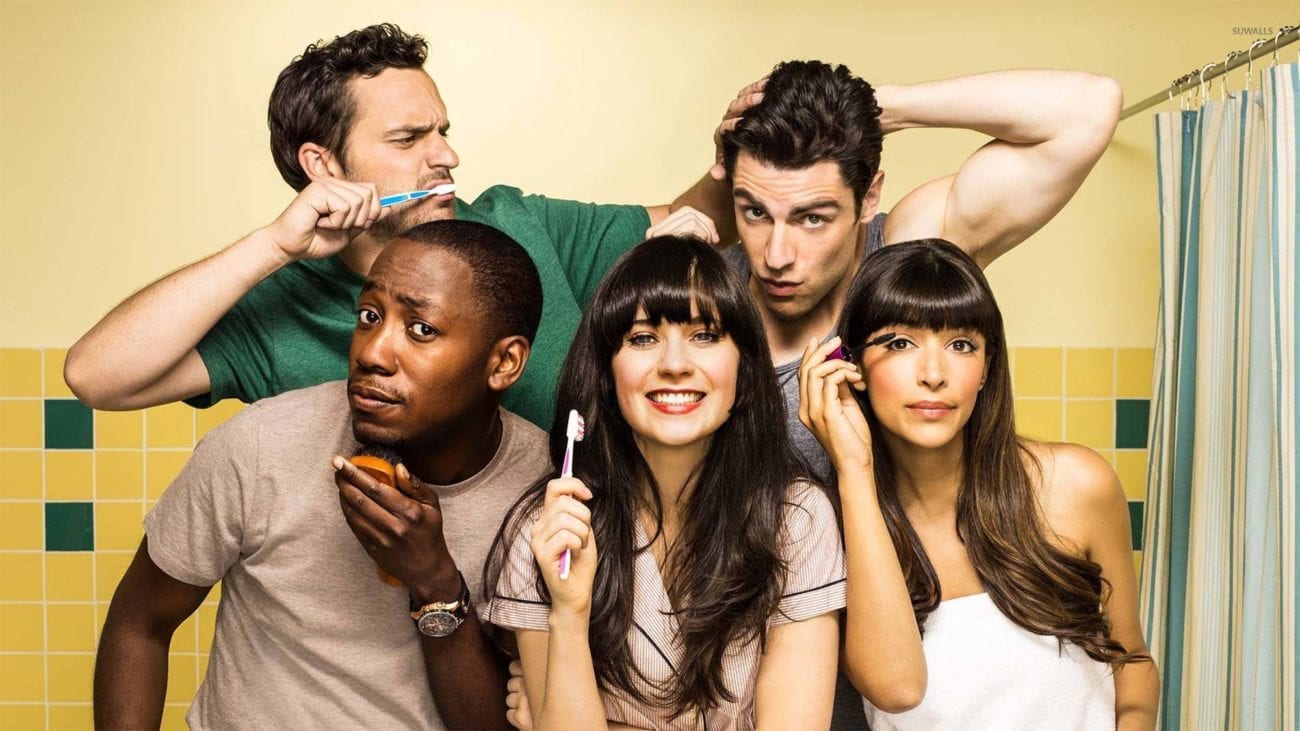 Being quirky with Zooey Deschanel: Why ‘New Girl’ is the absolute worst

We’re not one to kick a lady while she’s down (or in this case, a TV show currently airing its final ever season), but we’ve been ever so polite about something majorly vexing for a while now – New Girl is bad, folks. Really, really bad.

We aren’t just saying this to kick up a stink (honest); we’re saying it because we checked back in with the show recently after giving up on it a couple of seasons ago and it was like nothing had changed. All time-hopping aside (which, by the way, is a cheap enough final season TV gimmick as it is), the show is still clunking about with the same flaws, bad jokes, stagnant characters, and saccharine tweeness that it was in season one. New Girl is the absolute worst and we won’t be sad to see it go. Here’s why.

We don’t want to get all mean girl about New Girl’s main girl, but we’ve always been of the belief that Zooey Deschanel isn’t quite funny enough to lead a sitcom. For starters, her personal brand has always been extremely onenote, with a skill set that includes her bulging her eyes adorably at things, making cute noises, playing the ukulele when times get tough, and wearing adorkable dresses to grown up functions. None of which is something that we would have ever liked to see a sitcom built around.

Except from the sounds of it, that was exactly how New Girl was created. Speaking to Collider about the show, Deschanel divulged her enormous joy at realizing New Girl was basically all about her.

“Nothing is better than being on a TV show where you have all these great writers, writing for me every week, thinking about what I do best and writing that. There’s nothing more exciting for an actor than that . . . I love doing movies, but there’s something so nice about coming to work every day and knowing that this is something that is being created around you. That’s very exciting.” 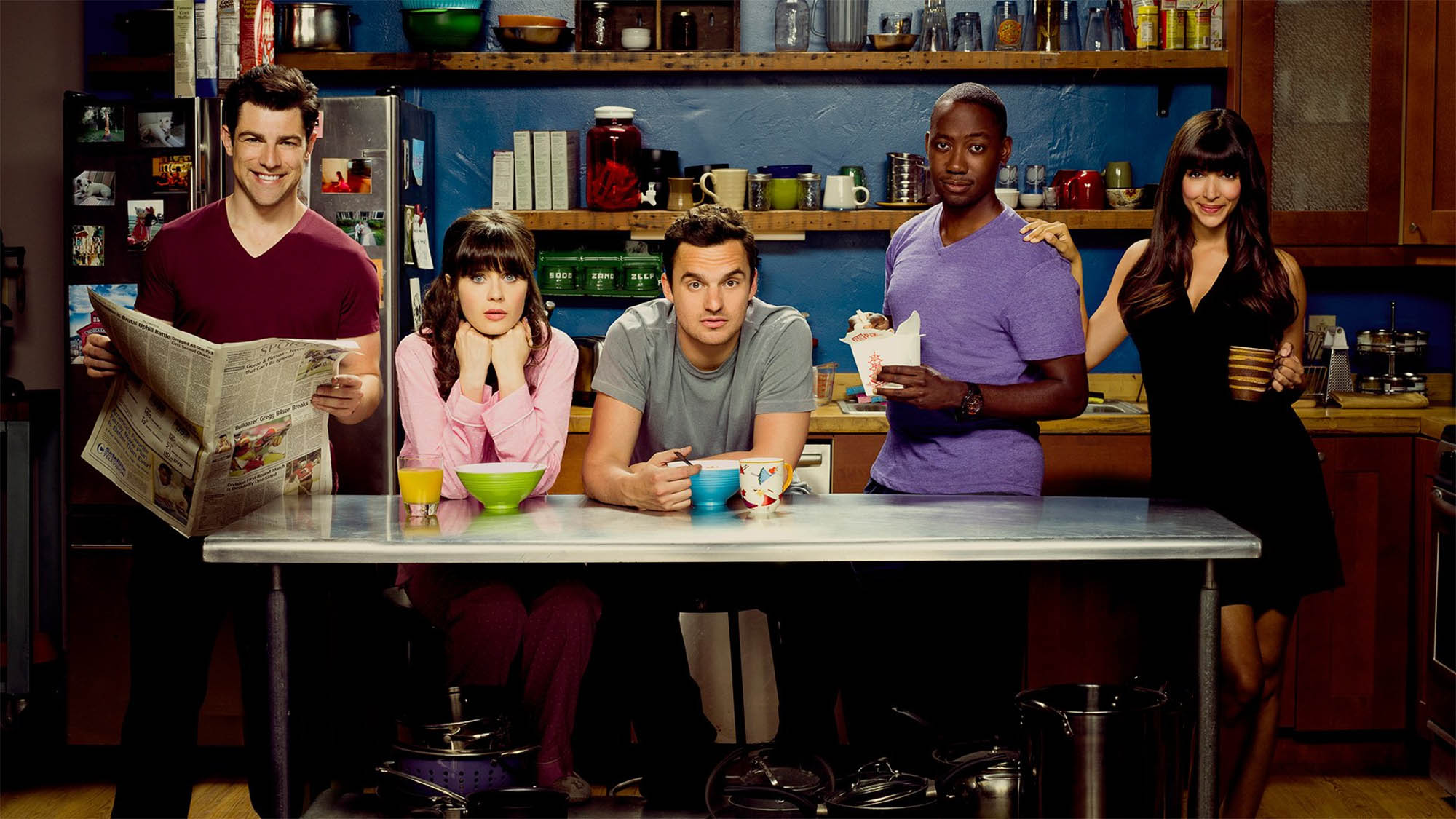 New Girl tries too hard to be kooky

Speaking of which, we all know “kooky” is Deschanel’s personal brand, but her vibe also smothers the show to the point where it feels like a series of quirks, zany mishaps, and random fun times just slapped together with some glitter glue and unicorn spit.

For instance, the most recent episode of the series featured a classic New Girl scenario that we actually can’t believe hasn’t happened before on the show – a memorial service for a dead cat. This is a show that’s also thrown a bachelor party and sorts of other japes for the feline friend. Unlike those moments, the cat memorial isn’t just a single scene. The majority of the episode revolves around this kooky conceit.

The funeral for Winston’s (Lamorne Morris) cat Ferguson gave us a reasonably heartfelt glimpse of the character dealing with his own struggles and preparing for fatherhood (apparently you can only have a new baby or an old cat, but you can’t have both) but it still felt impossibly kooky.

Said funeral was also peak-New Girl, using a quirky plot device to delve into the deeper emotional depths of a key character. It also sounds like an idea that was pulled out of a big bag of “unused New Girl quirky plot points” that we can only assume is overflowing in the corner of the show’s writing room.

We aren’t saying that was definitely the case, but showrunner Dave Finkel (United States of Tara) did reveal to IndieWire that a “cat funeral” episode has been on the cards for a while now. “This idea for a Ferguson funeral piece, one of our writers, Noah Garfinkel, has been pitching this idea for a couple years now.

“We kept going like, ‘No, no, no, no, no. We can’t do that, we can’t do that.’ And then when we knew we were flashing-forward and we were on our writers’ retreat, he brought it up again. We were like, ‘Yep, now’s the time.’” Explains everything, to be honest. We have nothing further to add.

Their relationship has been on and off for the duration of New Girl’s existence and honestly? Their romantic coupling is one of the worst on TV. Part of the problem is that the two were paired up far too early in the show’s run and the writers subsequently failed to develop them both as individuals outside of their relationship as and when they split up for upteenth time.

That made Jess into a cutesy caricature of a woman whose brash optimism (even in the face of heartbreak) made her insufferably twee and that turned Nick into an unlovable immature loser who continued to live with his ex-girlfriend for some stupid reason that is completely beyond us. As individuals, they’re awful and as a couple, they’re baffling. And yet the show has continued to pivot around this relationship for the entire stint of the show.

New Girl’s characters have all become Joey from Friends

By which we mean all of the characters have become unbearably rigid over time in a way that makes the show predictable, stiff, and resolutely static. As Uproxx once astutely reasoned, “They’re like Joey Tribbiani, a character that got a laugh one time because of his enthusiasm for sandwiches, and five seasons later, he was practically defined by his love of them.”

Now, don’t get us wrong – there’s a place in the world for the comforts of a TV show that sticks to the familiar and just churns out chuckles to the same formula week in and week out, but New Girl has passed that point. It’s no longer a familiar comfort to watch and is instead a series of recycled jokes the writers keep hoisting out of the proverbial quick sand of sitcom failures in the hopes it’ll see them through for another week.

You monsters! This is perhaps the most unforgivable crime New Girl has committed. With the character of Schmidt they took a dreamboat like Greenfield and turned him into a ghastly one-dimensional stereotypical bro. We’ll tell you exactly the moment we officially checked out of New Girl – S4E7. An episode in which Schmidt puts earphones on his girlfriend Cece (Hannah Simone) so he can say goodbye to his two “best friends” – her beautiful tits – as she goes to get a breast reduction. It is horrendous.

There’s obviously something incredibly disconcerting about seeing a man reduce a woman to her “fun bags”, but we’re also insulted on behalf of straight men everywhere. We give you a hard time sometimes dudes, but you deserve way better than to be depicted as a batch of boob brained buffoons so emotionally immature you can’t function without the support of a bosom.