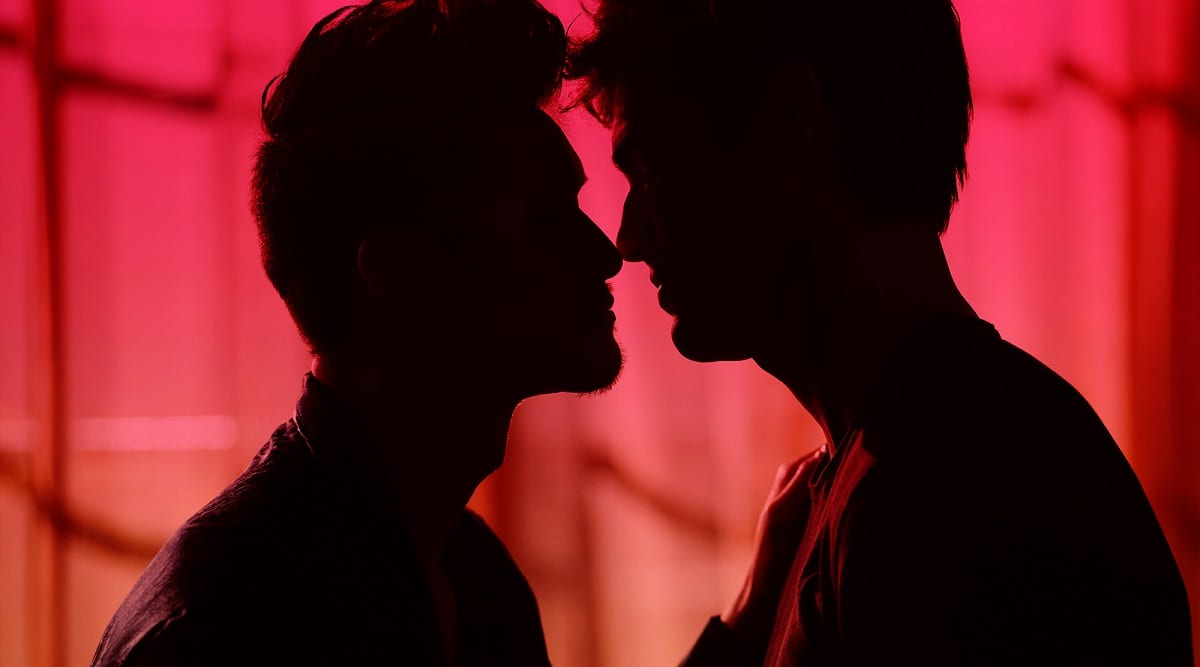 We revisit the excitement and nervousness during the final season of Shadowhunters.

The Shadowfam is still fighting strong for a continuation of the best fantasy show on the air right now, and the battle cry is only getting louder now that the third and final season is in its final hurdle. One sentiment has remained on every fan’s lips since the unfortunate news of its cancellation dropped: Malec forever. 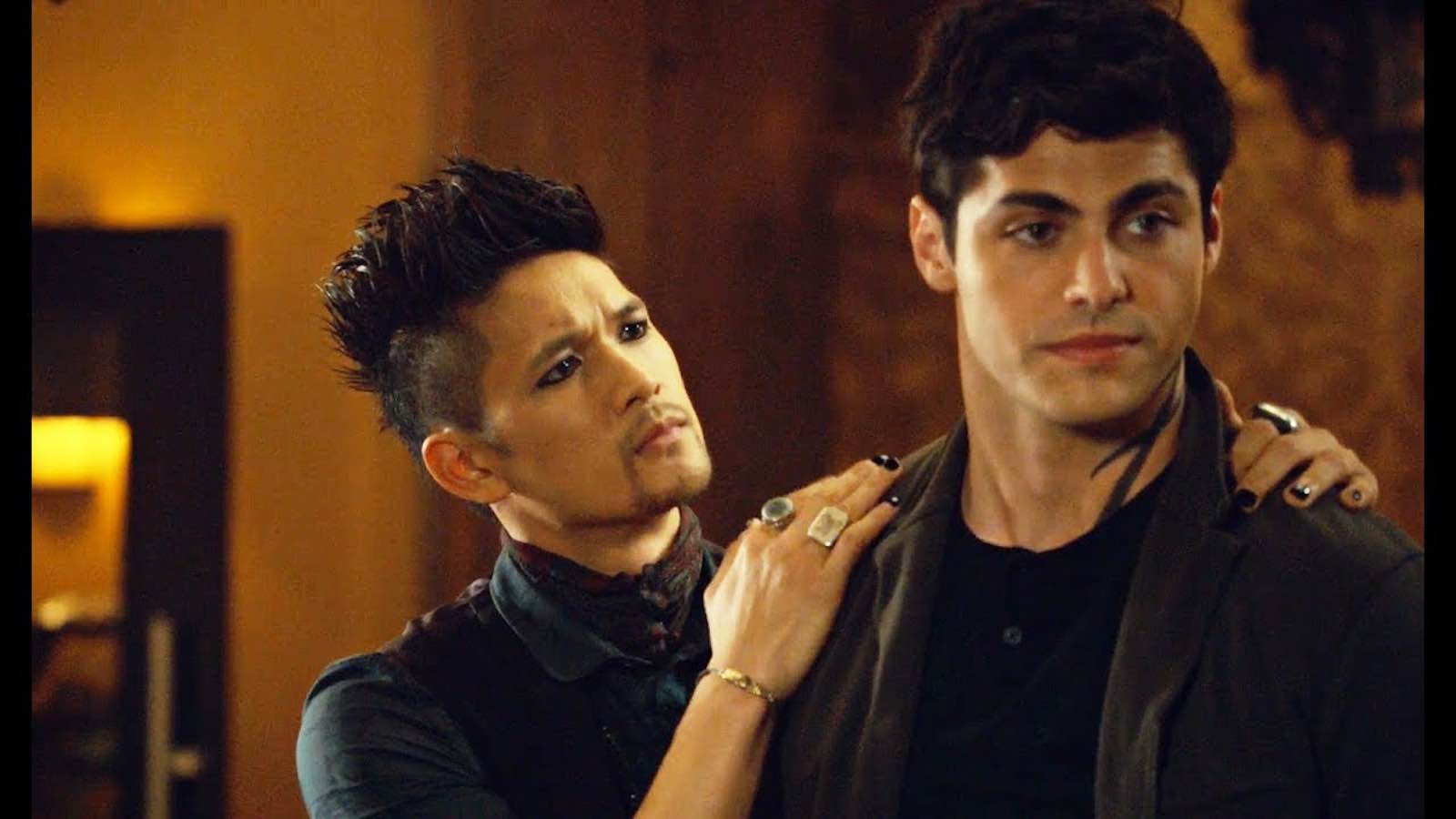 Our hearts have been leaping out of our ribcages for the actors who portray the iconic couple, Harry Shum, Jr. and Matthew Daddario, and their recent output of adorkable videos together. In a heartfelt message to fans, Shum Jr. (Magnus Bane) and Daddario (Alec Lightwood) shared their gratitude for fans’ continued support of the good ship Malec, and the show itself.

Sidenote: Harry Shum, Jr. recently revealed in a tweet for International Women’s Day that he uses “y’all” instead of “you guys” to promote gender inclusivity. Squee! 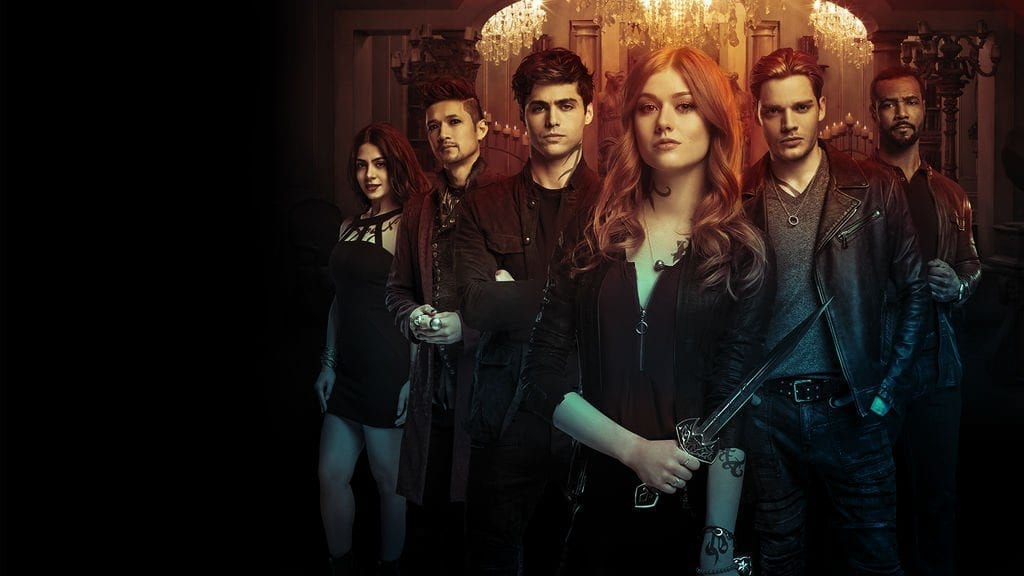 The pair has returned to viral vids recently during their marketing push for Season 3b. If you haven’t already boarded the hype train, now’s the time to do so – because after this, we could be saying farewell forever. Anyway, one of the best vids of the gorgeous pair has to be their newlywed challenge in which they reveal they might not know as much about each other than we thought. Hey, not every relationship is perfect.

Like the rest of the show’s cast, their enthusiasm in engaging with fans and appearing together in these little skits mean the world for viewers. We’ve discovered in our series of interviews with the Shadowfam that whenever they get the chance to interact with the cast, they’re nothing but eager to engage with the people they’ve inspired – and Harry & Matthew are two of the shining examples.

Magnus and Alec’s authentically queer relationship embodies so much of what makes the show great and reflects why Shadowhunters is a critical part of pop culture that needs to be saved. For those who might not be too familiar with the show yet, the relationship between Alec and Magnus is a rare example seen on the small screen. 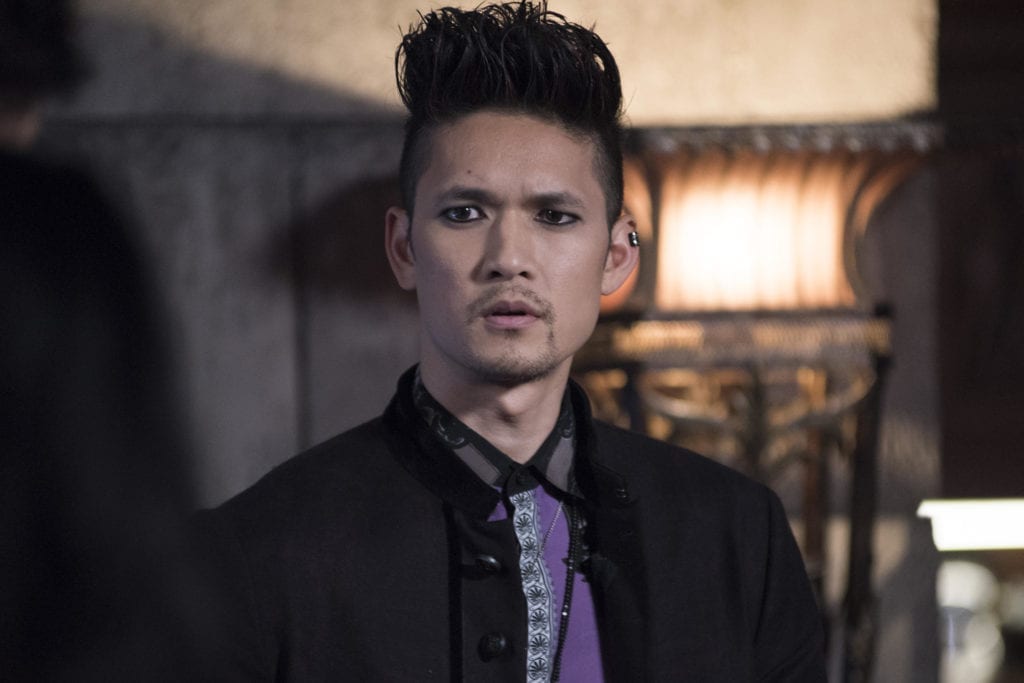 It isn’t just that Malec offers a complex, positive, and unique look at a gay relationship, it’s also that from the second the two lovebirds met, their romance has been plotted patiently and realistically. The result is a relationship that feels lived in and real.

Same-sex relationships on TV are scarce as it is, with popular shows only just waking up to the LGBTQI spectrum in the last few years. But to see a bisexual character such as Magnus detailed with such intimacy and respect is crucial for certain fans who may have never seen characters like themselves represented on screen to this extent.

It’s no surprise that Malec is subsequently one of the biggest ships ever to have obsessed a fandom. As viewers, we’re rooted deep within the complex dynamics of their love story. We don’t just root for it, we pine for its survival. 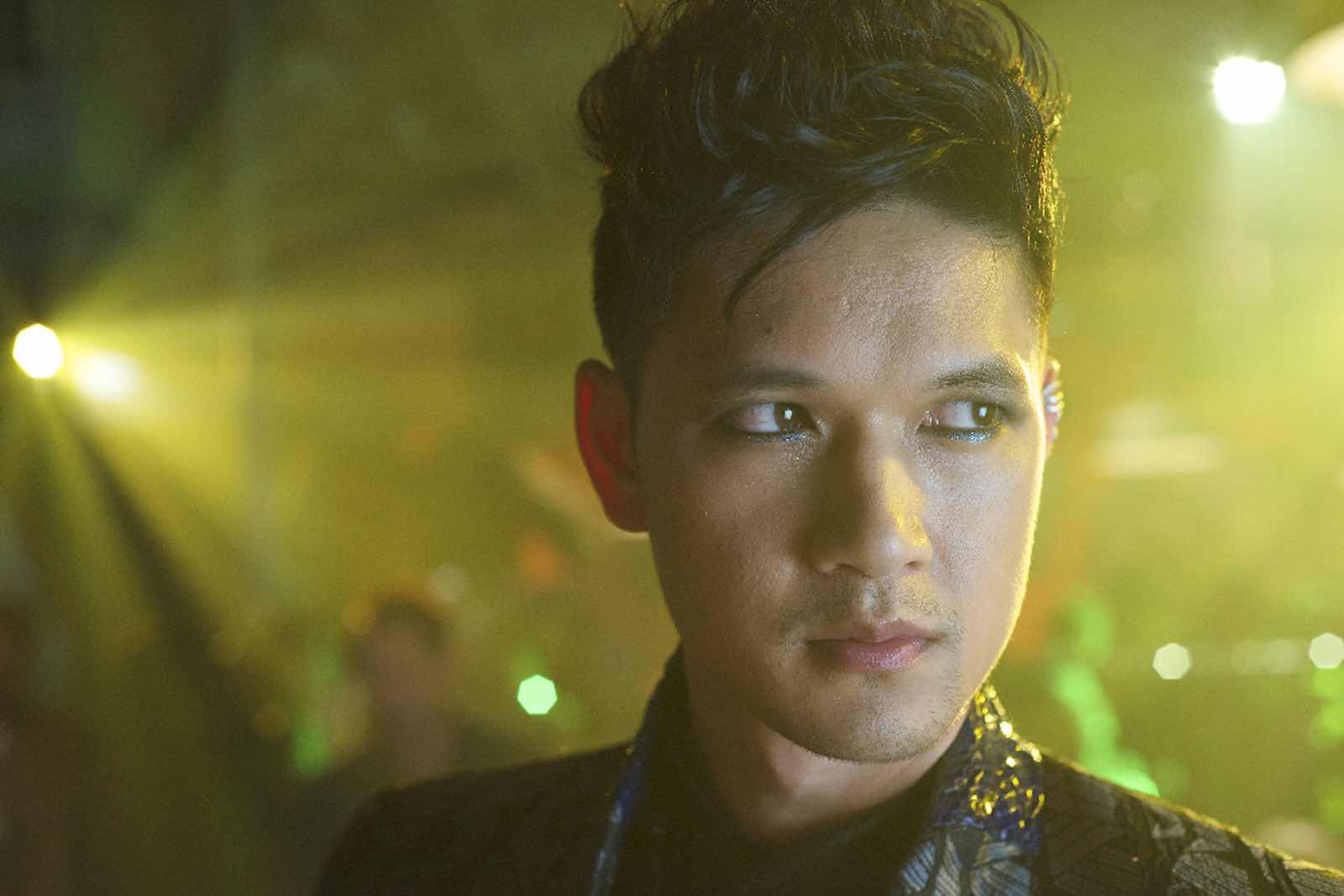 Shum Jr. has always championed the layered portrayal of LGBTQI characters on the show, and recently dedicated Shadowhunters’s Teen Choice Award to the undervalued and misrepresented communities who watch along with dedication. “The award was for the people that felt unheard, or invisible, or ashamed for being different and themselves.”

During a recent interview with Elle, the actor behind the magnetic Magnus Bane revealed the pressure he often feels playing Asian characters for film and TV. When he got the part for last year’s stellar Crazy Rich Asians, a lot of that pressure dissipated. “You’re used to being the person who has to think, ’I have to represent my whole community, and if I mess this up, I’m done.’” 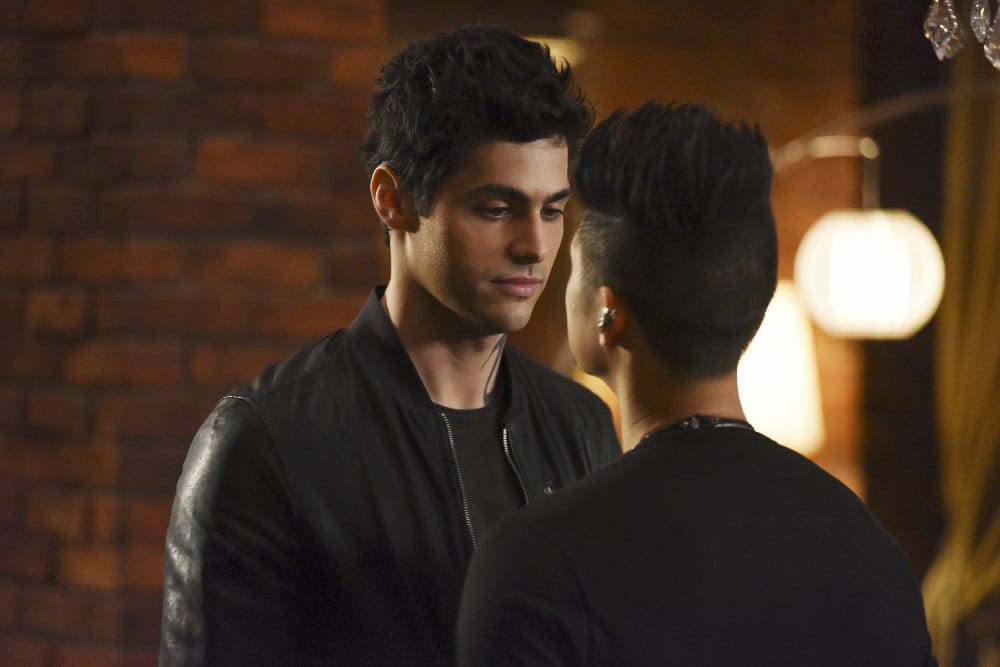 He explained he was sick of being pigeonholed into underdeveloped roles, revealing a moment on set where he had to push against a joke poking fun at his heritage.

“It’s a hard conversation to have, but I think it takes constant conversation. I won’t say, ’I’m not going to do this,’ but instead, ’This is why I think this would be a problem. I’m just bringing it up – it’s up to you, because you’re the boss.’”

Shum Jr.’s intelligence and eloquence when he explains what’s wrong with so much of the television process is just one of the many reasons we adore him. Another critical part of why the relationship connects so deeply with fans is in how the plotline gives space for an inexperienced half-mortal like Alec to explore, accept, and openly celebrate his sexuality via a romance with a deeply experienced, centuries-old immortal like Magnus. 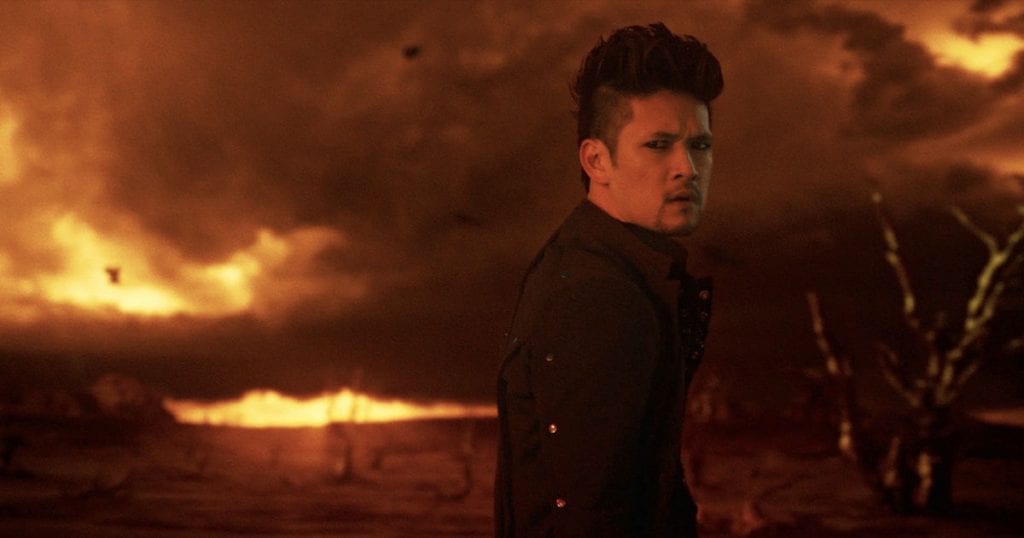 The depiction of Magnus and Alec’s relationship (and their respective experiences as characters not solely defined by their sexuality or love story) has been celebrated by GLAAD, who gave their Media Award for Outstanding Drama Series to Shadowhunters in 2017.

In their annual Where We Are On TV Report, GLAAD further outlined that “Shadowhunters is one of a handful shows that is helping to turn the tide of representation for bi men.”

The series was also nominated for the award last year, and its nomination for this year’s award is also pending. Fingers crossed Shadowhunters gets the trophy again, but if another show clinches it, that only means the series’s influence on LGBTQI representation has been heard. 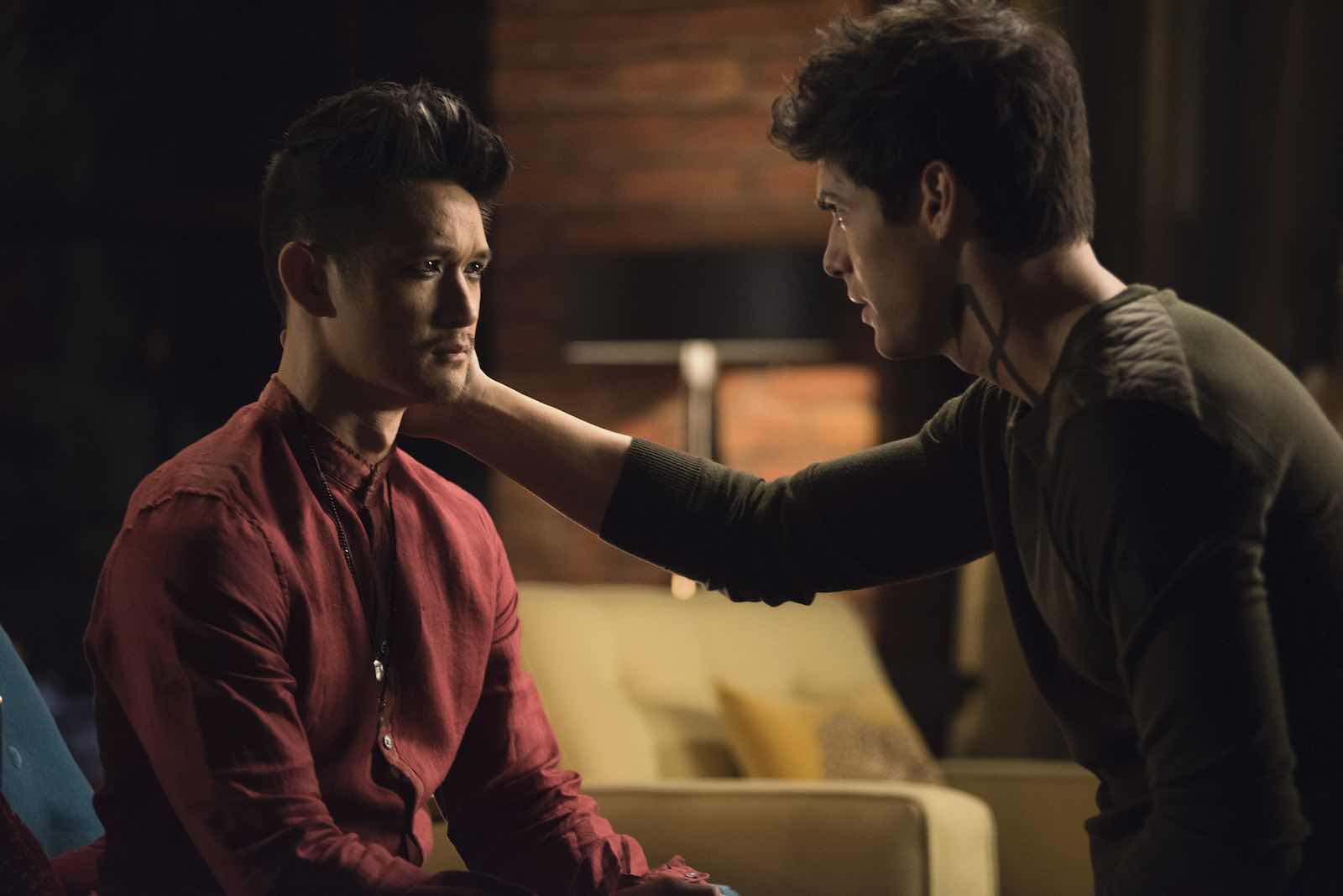 In our recent series of interviews, so many fans came to us gushing about how Malec and the actors behind them have supported them through tough times. Twitter user @sh_wanderlust, who has relied on the show to help her through struggles with self-harm and depression, remarked that “there isn’t a day that goes by I’m not thankful and appreciative of Shadowhunters, Malec and their respective actors, Shumdario being in my life, providing me that safe space to feel, to be human again.”

So many fans have found enough solace in the show and its representation to come out to friends and family, too. @writeywritey revealed to us, “It helped me come out. I binged the show in September 2017 and I realized I’m bi in November 2017, and Alec’s plot in the first season helped me understand it. Magnus’s presence, his acceptance of himself, the fact that he’s not defined by his sexuality, helped me accept it.” 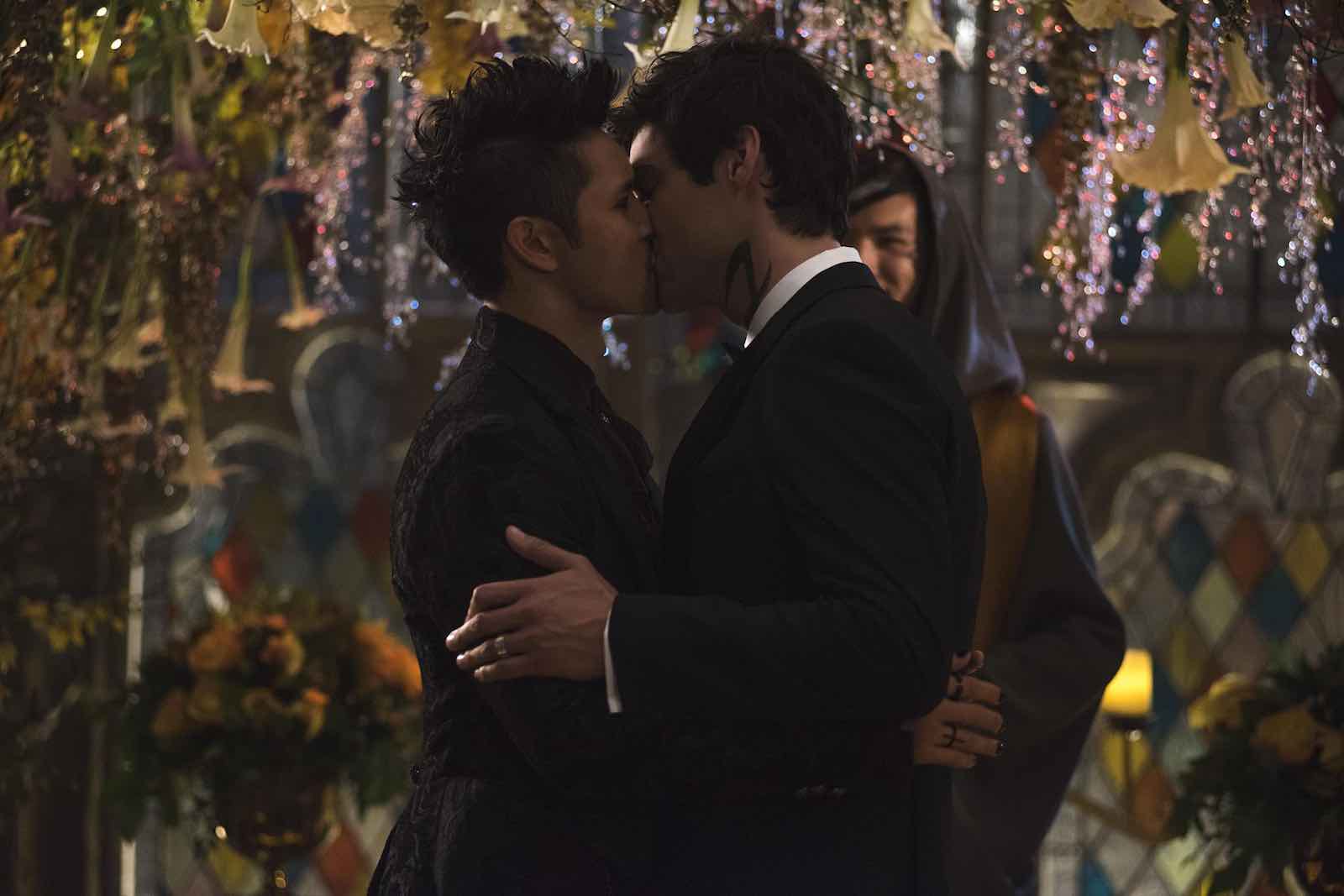 Throughout the #SaveShadowhunters campaign, fans have repeatedly amplified the importance of the LGBTQI representation provided within the show – not just for fans, but for television overall. Their passion has helped fans raise over $30,000 (and counting) for The Trevor Project, a charity providing crisis intervention and suicide prevention for LGBTQI youth.

Clearly, Malec isn’t just some supreme swoon fodder for fans (though hot damn, we get chills just about every time they’re on screen together). The relationship between Magnus and Alec showcases the quality of writing and acting at the heart of the show. 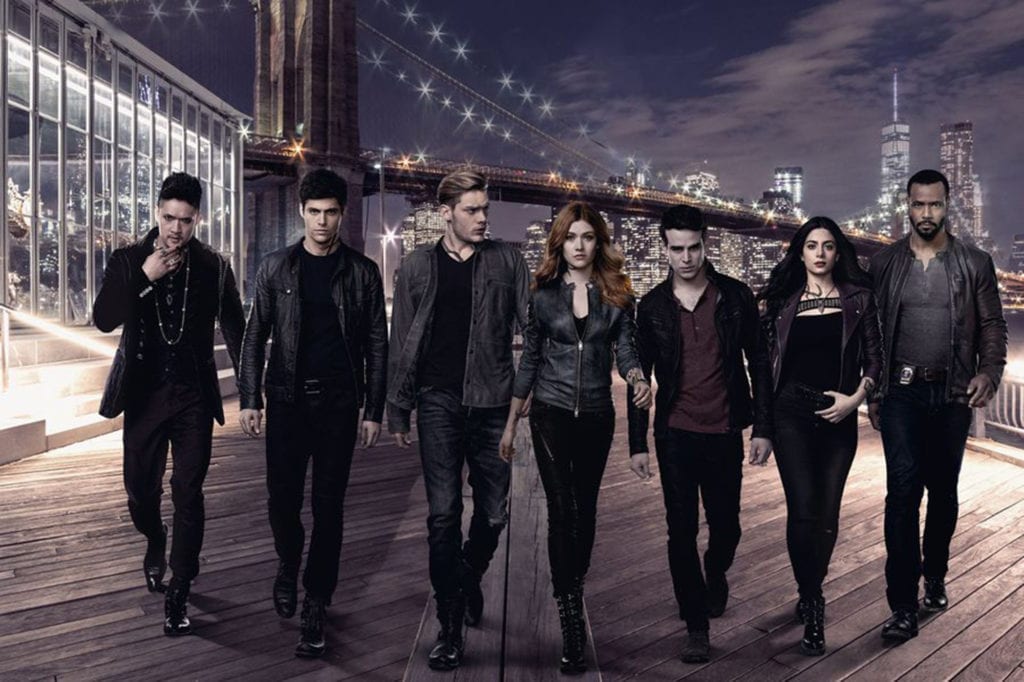 Shadowhunters treats the sexualities of its characters with respect, but it never solely focuses on those aspects of their personality as sole traits. Instead, we have an insanely powerful warlock and a half-angel, half-mortal shadowhunter who just happens to be enjoying some mad love – and we’re so here for it.

#MalecForever isn’t just a cute romantic slogan – it’s a hearty battle cry in the face of cancellation, one that echoes the love story fans have with the show and that highlights the trend of more LGBTQI representation on television. 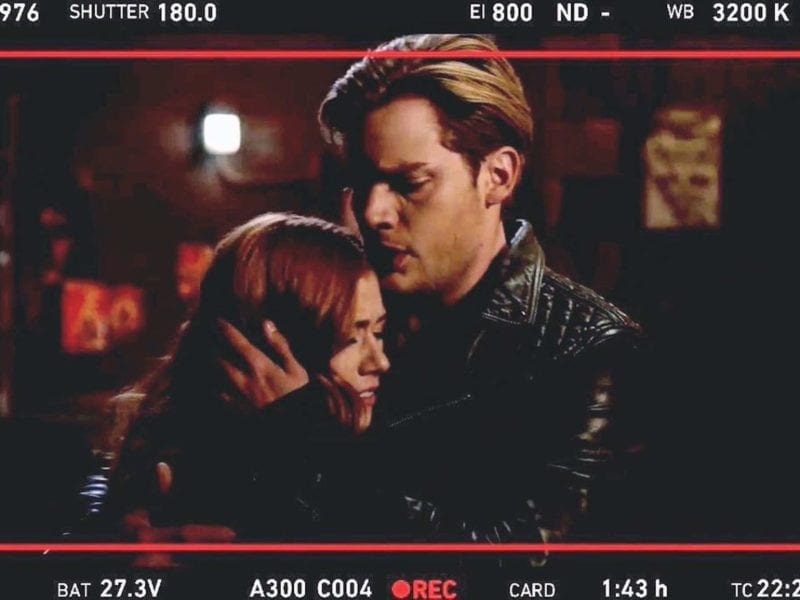