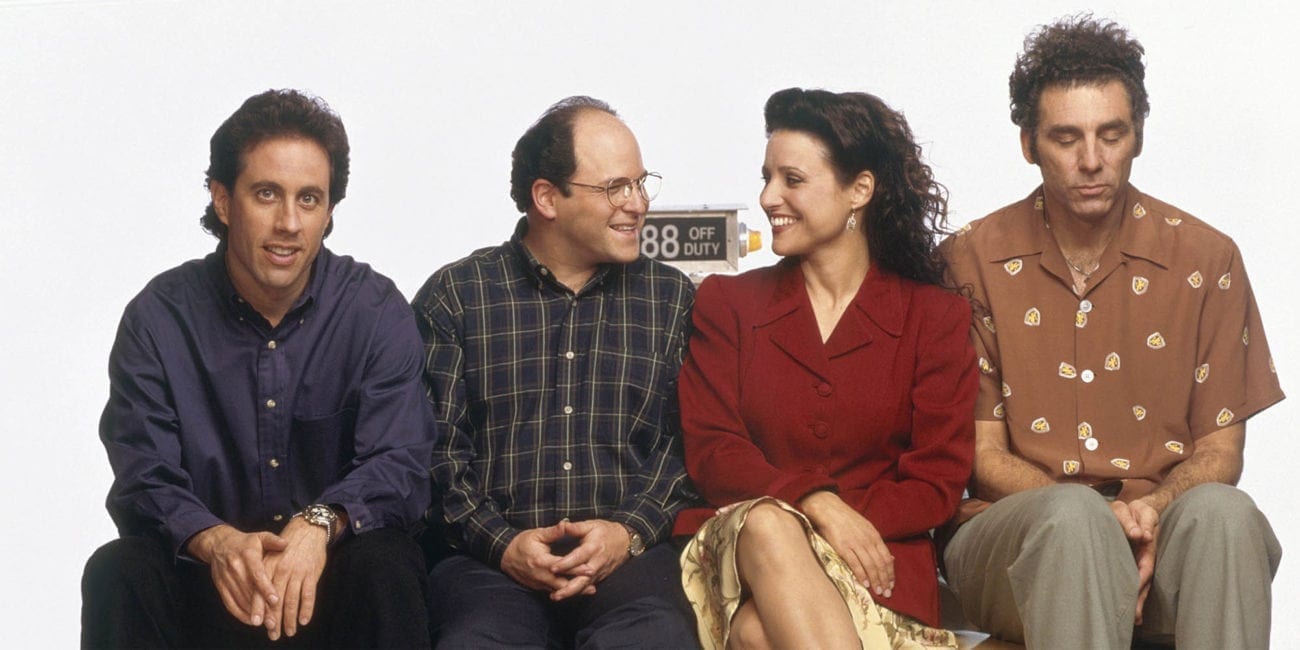 The ‘Seinfeld’ cast met 30 years ago: All the ways the show makes us cringe

It’s been 30 years since Seinfeld debuted on NBC and changed the face of TV sitcoms forever.

We’re fans of the sitcom, but a recent rewatch had us grimacing through certain episodes that haven’t exactly aged particularly well. (Or maybe we’re the ones who’ve aged badly and become overly sensitive, we’re not entirely sure.) Here are eight such storylines, episodes, and characterization that make us cringe in 2018 for entirely different reasons than they did in the the 90’s. 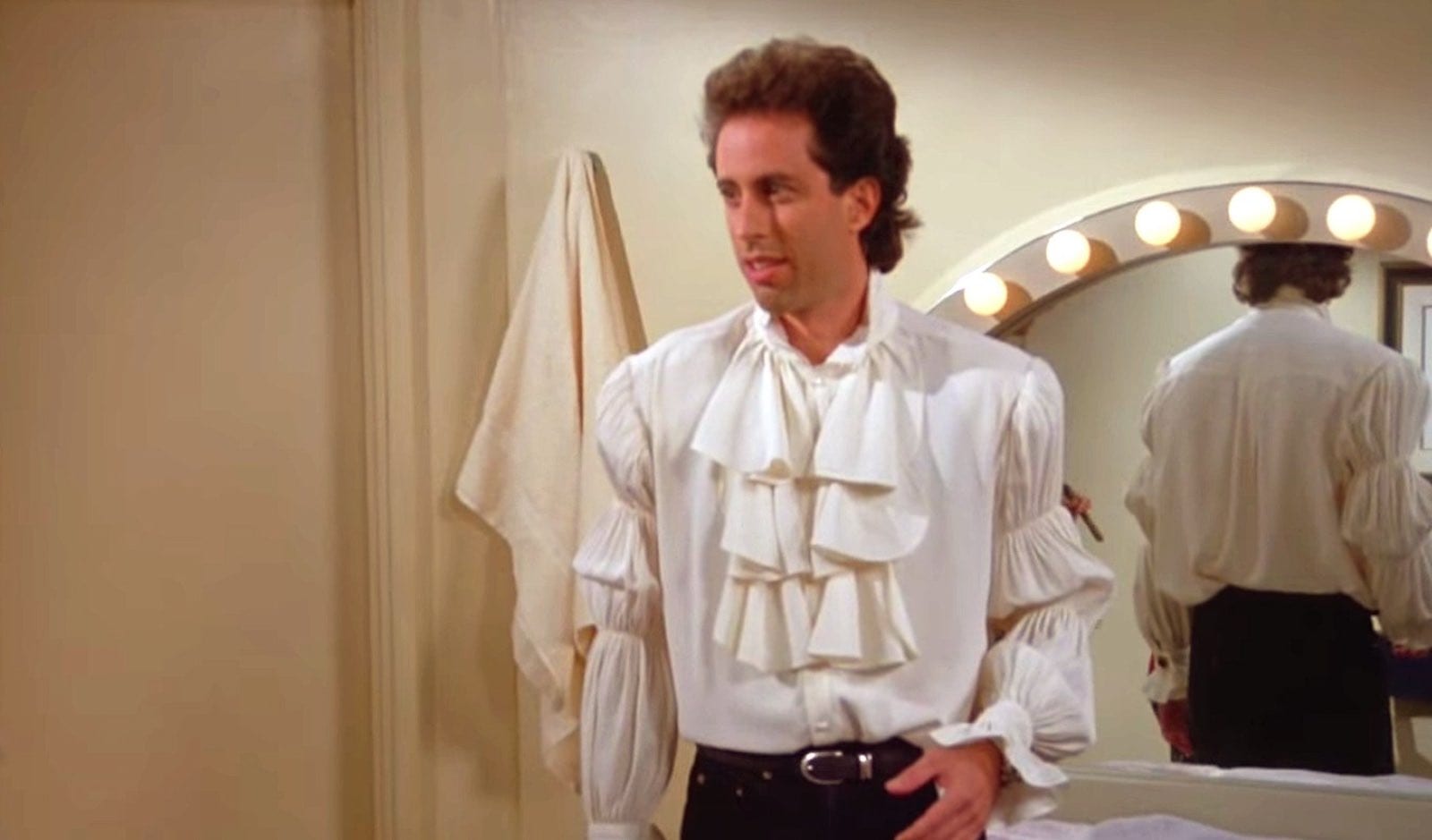 Jerry’s a charming guy and all but he attracts a disproportionate amount of beautiful, successful women into his orbit on a regular basis in the show. Maybe neurotic dudes who made their money cracking jokes about social etiquette had women absolutely drenched with desire in the 90’s, we’re not sure.

Making Jerry’s studly status all the more baffling is his appalling choice in fashion. Shirts tucked into some high waisted jeans, Jerry? Not cool or sexy (even if it is inexplicably back in fashion). Don’t even get us started about the pirate shirt. 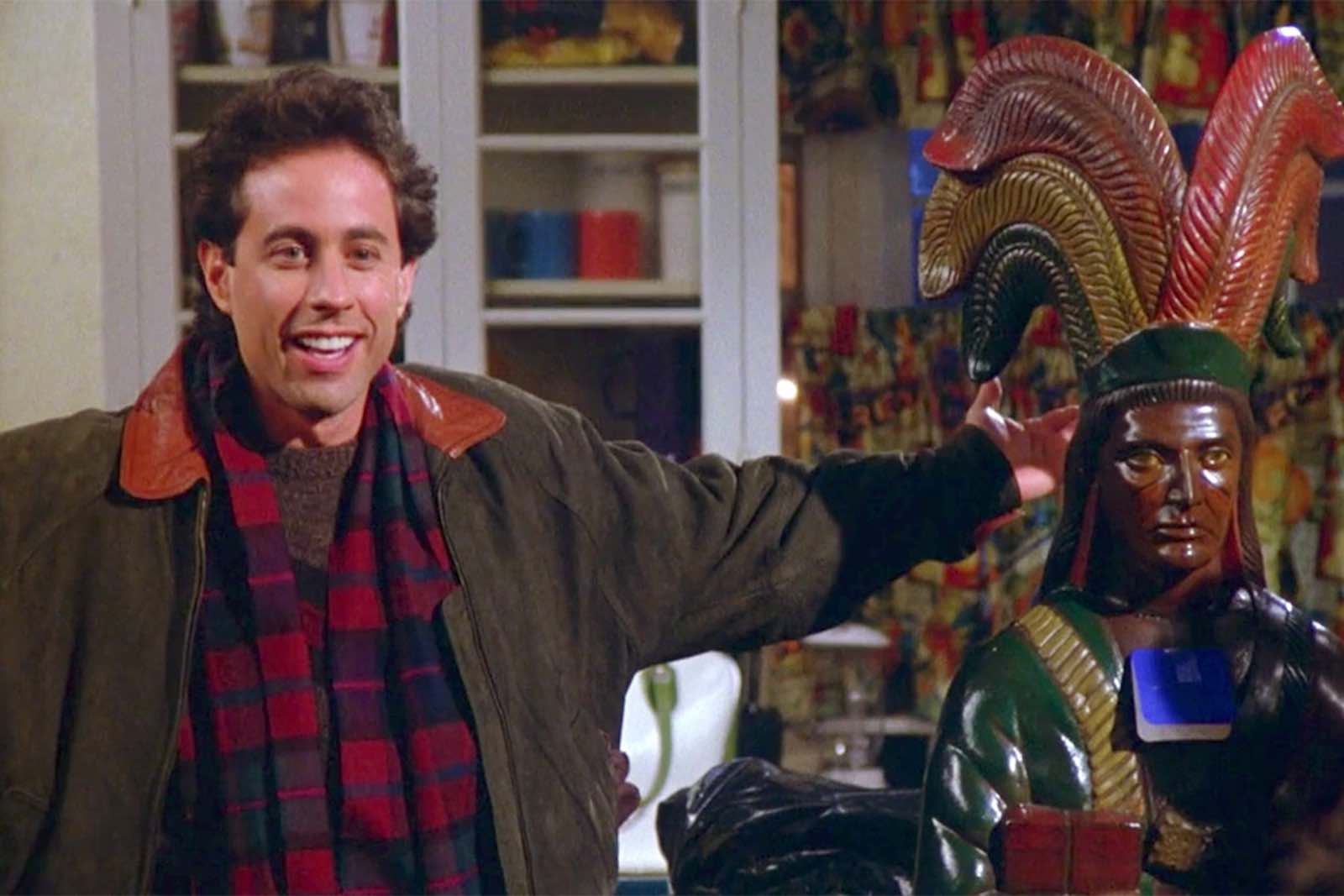 7. Accidental racism can score you a hot date

Seriously, why do women keep going on dates with Jerry?! We’ll never understand it. But it’s especially baffling in the episode where Jerry is accidentally racist to a Native American woman and she accepts a date with him as a form of apology.

No woman in their right mind would ever agree to this. Just say sorry, make a donation to a Native American charity on her behalf, and leave her the fuck alone you creep! 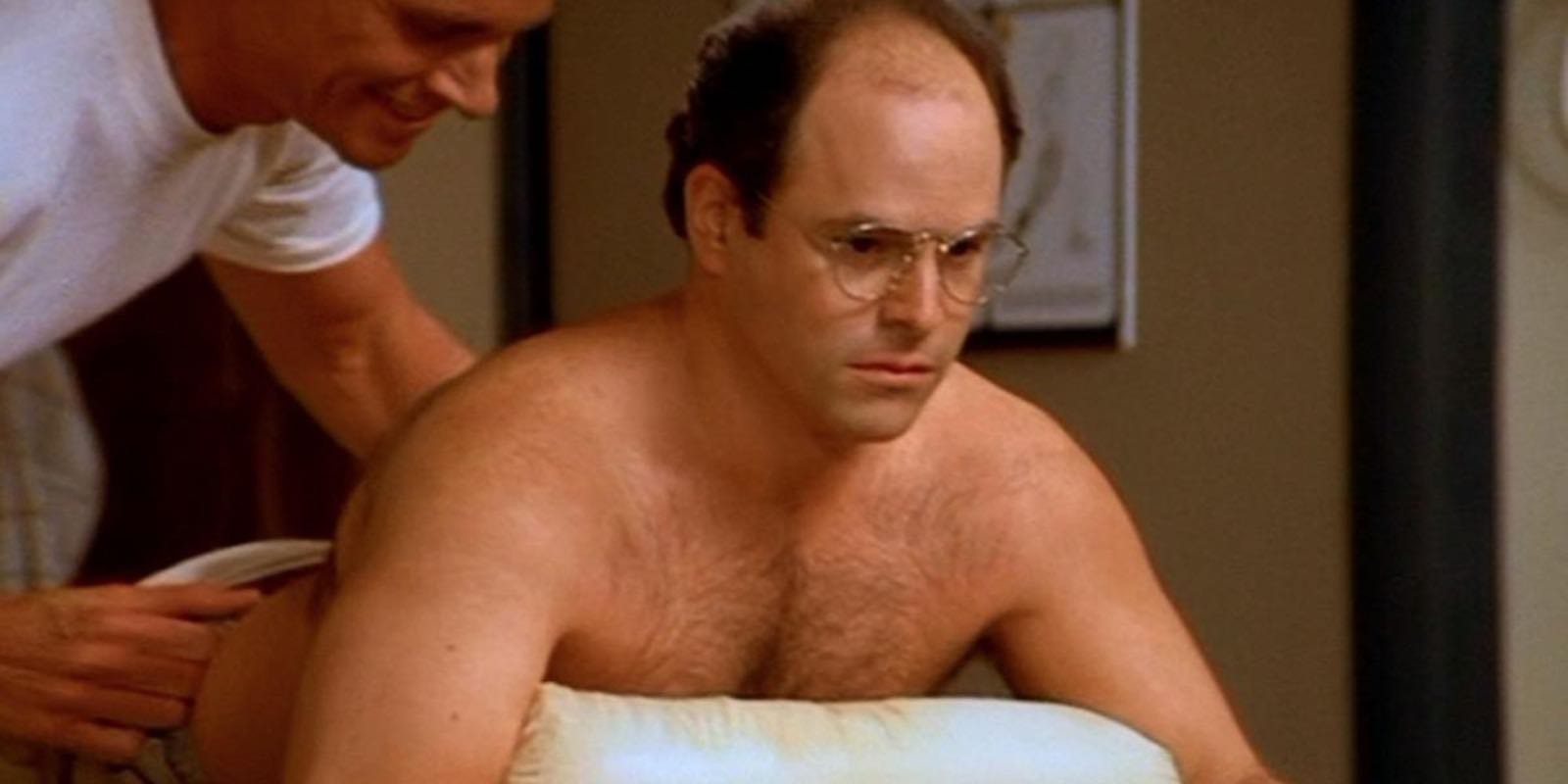 In a separate instance of accidental racism (which was apparently some kind of a social epidemic among white folk in 90’s New York) George continues his monstrous rampage through life by roaming the streets in search for any black person willing to be objectified by him. Why? To prove to his black boss that he’s definitely not racist.

There are definitely some awkward chuckles involved in watching a man commit a racist act in a bid to prove he isn’t racist (oh the irony!) but it still pains us to watch today now that we’re all so fucking woke. 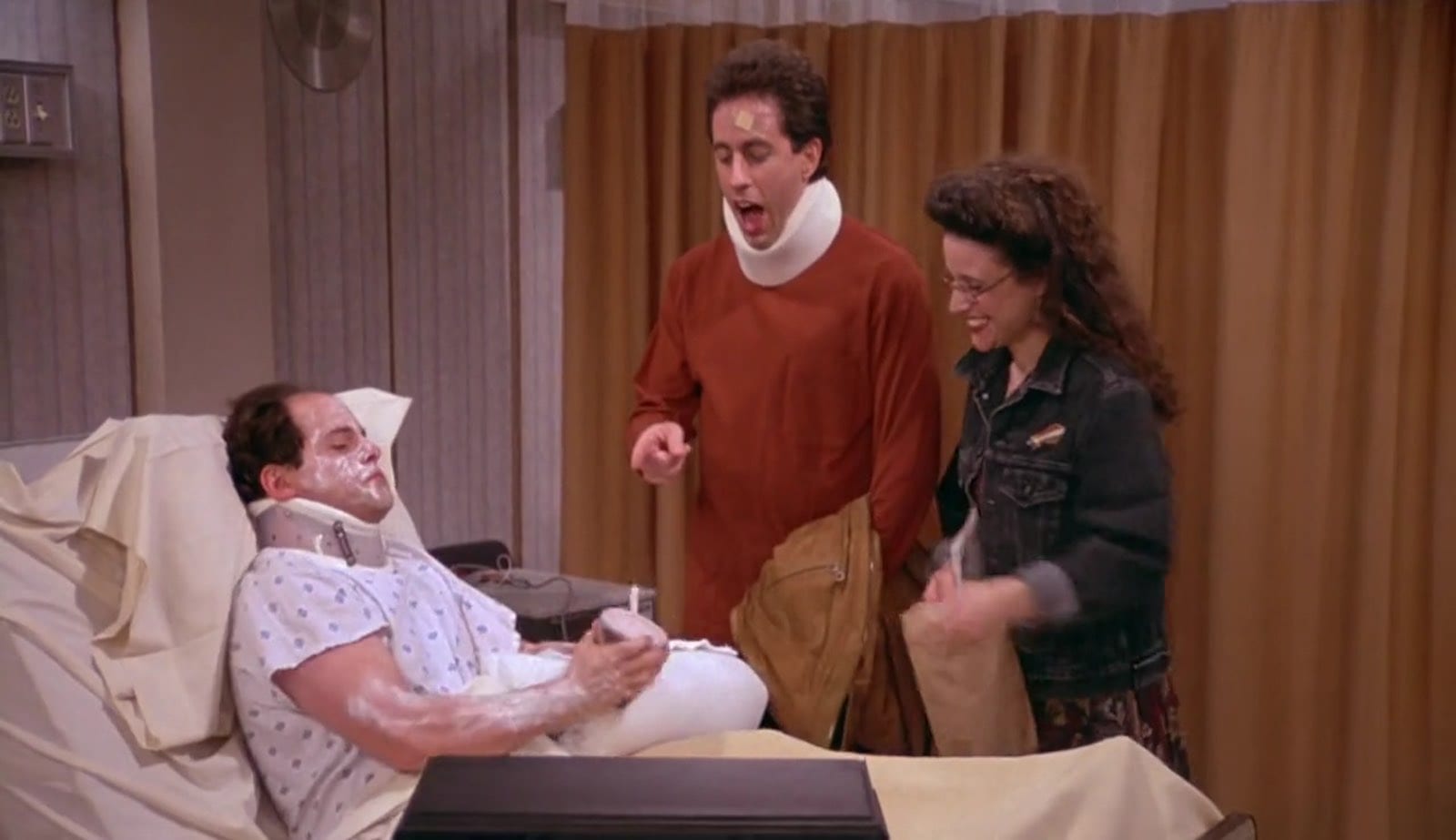 As and when Millennials bingewatch Seinfeld the same way they live-tweeted their horror over Friends they’re sure to be outraged by the episode where George convinces his boss he’s disabled and keeps up the lie for as long as possible. Is the episode funny? Very.

Does it still make us feel like terrible people? Definitely. Either way, modern viewers would likely cringe over this episode for different reasons than they did in the 90’s. 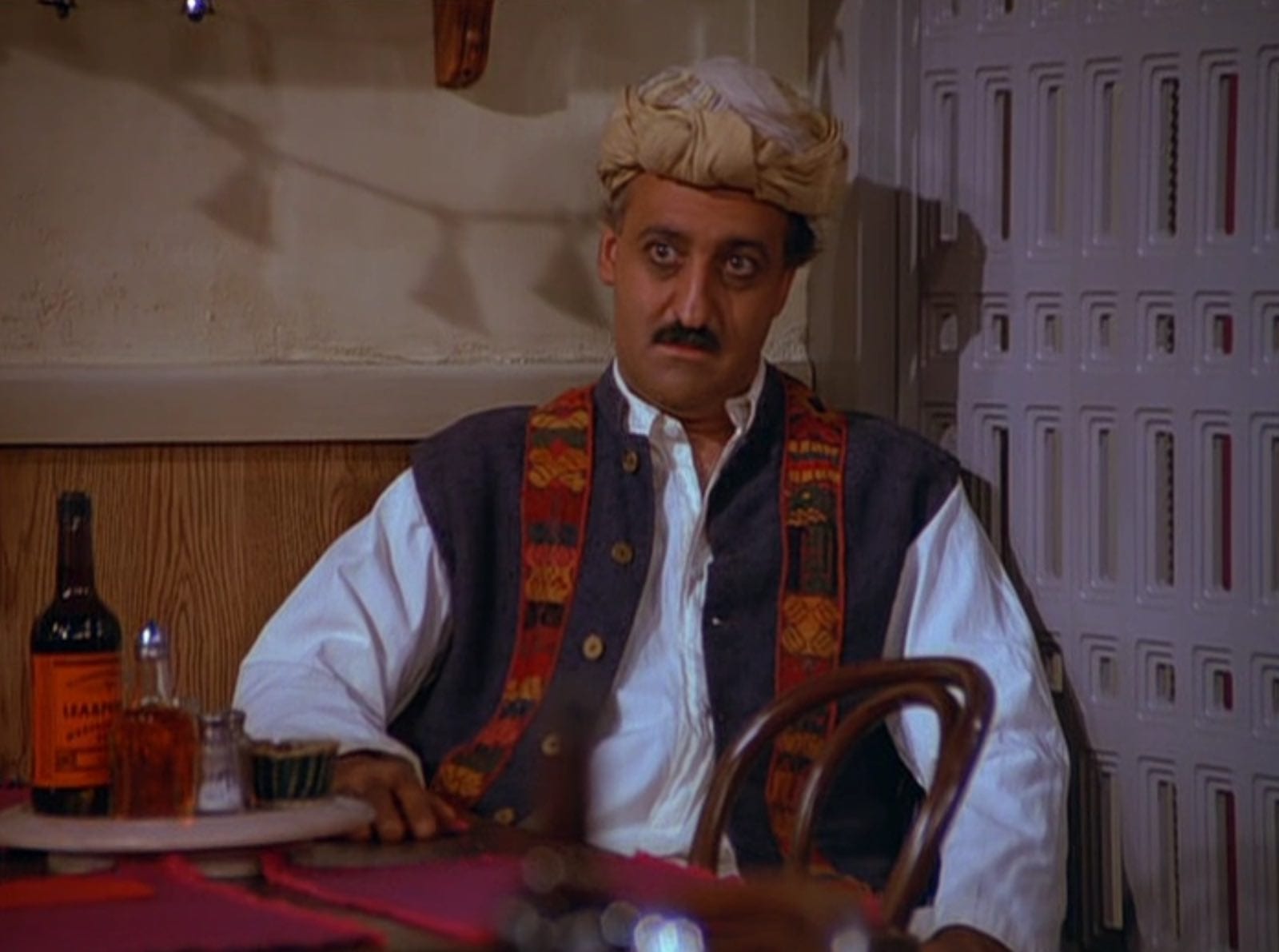 4. Jerry accidentally gets someone deported

At a time when the immigration and deportation issues are such a hot topic in current American politics, the episode where Jerry accidentally gets a Pakistani immigrant deported is more than a little painful.

Especially as the character of Babu (Brian George) is reduced to little more than a crude caricature and a walking punchline based on his diction, culture, and immigration status. 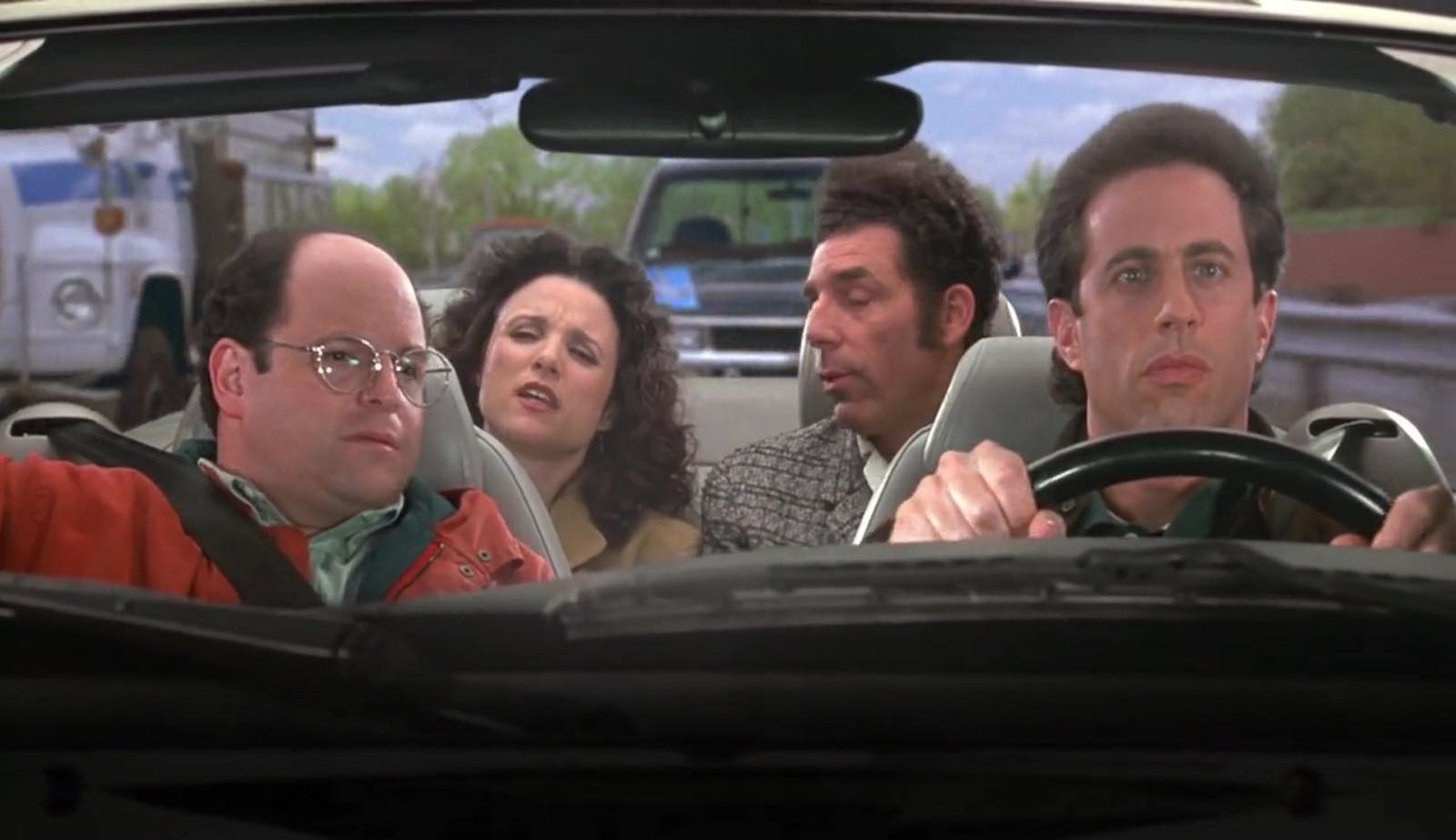 We won’t delve into all the recent awfulness that’s been done to Puerto Rico in the past year because you hopefully know everything about it already and it’s bleak. This episode is where Kramer stomps on a flaming Puerto-Rican flag and incites a riot all the more difficult to endure considering how fraught relations currently are between mainland USA & Puerto Rico.

The episode was so controversial when it initially aired that it was almost pulled from programming and NBC had to release an official apology. 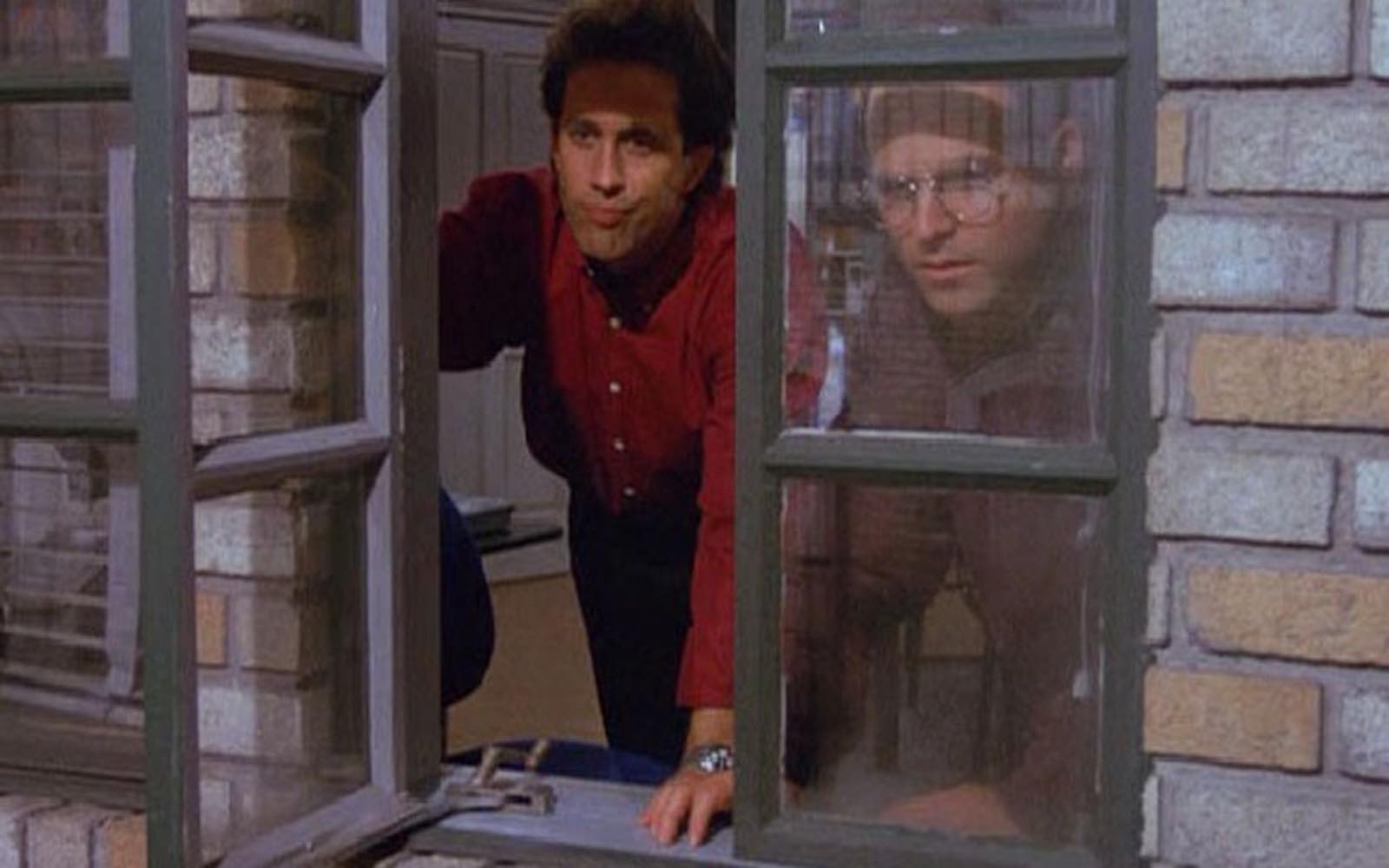 Stalking! The finest trope of just about every romantic comedy of the 90’s including the episode of Seinfeld where Jerry “stakes out” a girl after failing to ask for her number. It’s the sort of thing toxic beasts who refer to themselves as “nice boys” likely find acceptable and we’re completely over the whole stalking is romantic schtick as a result. 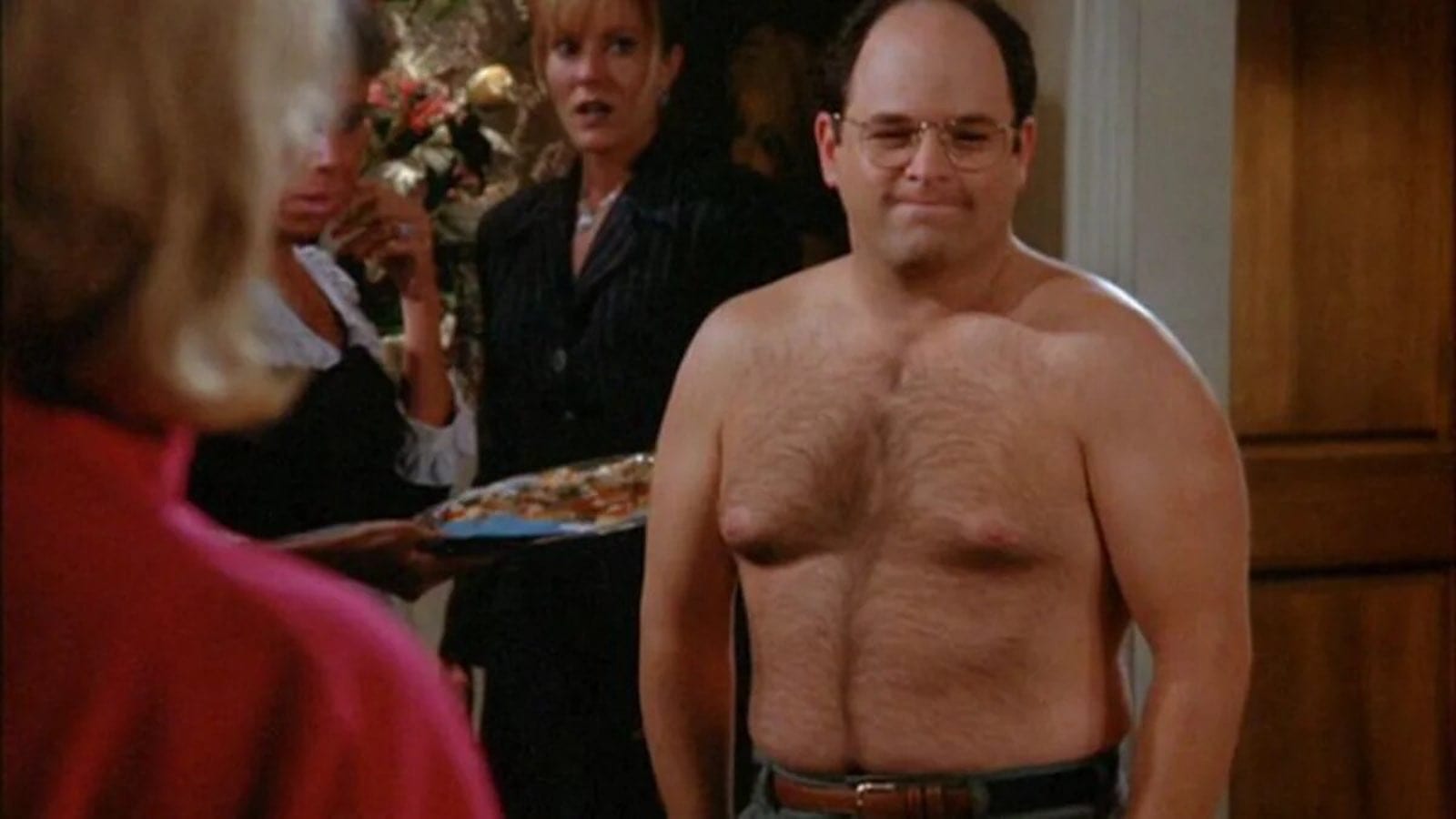 We all know George is the most infuriating putz of all the whole gang and we love to watch him fail on a regular basis. But the episode where George gets utterly lost staring into the cleavage of his 15-year-old boss’s daughter is some next level monstrous behavior.

We get it, that’s the point, but it’s still gross on a number of levels – including George’s justification that all men are apparently slobbering morons who are powerless at the sight of a plump cleavage. Come on George, give your gender a little more credit!