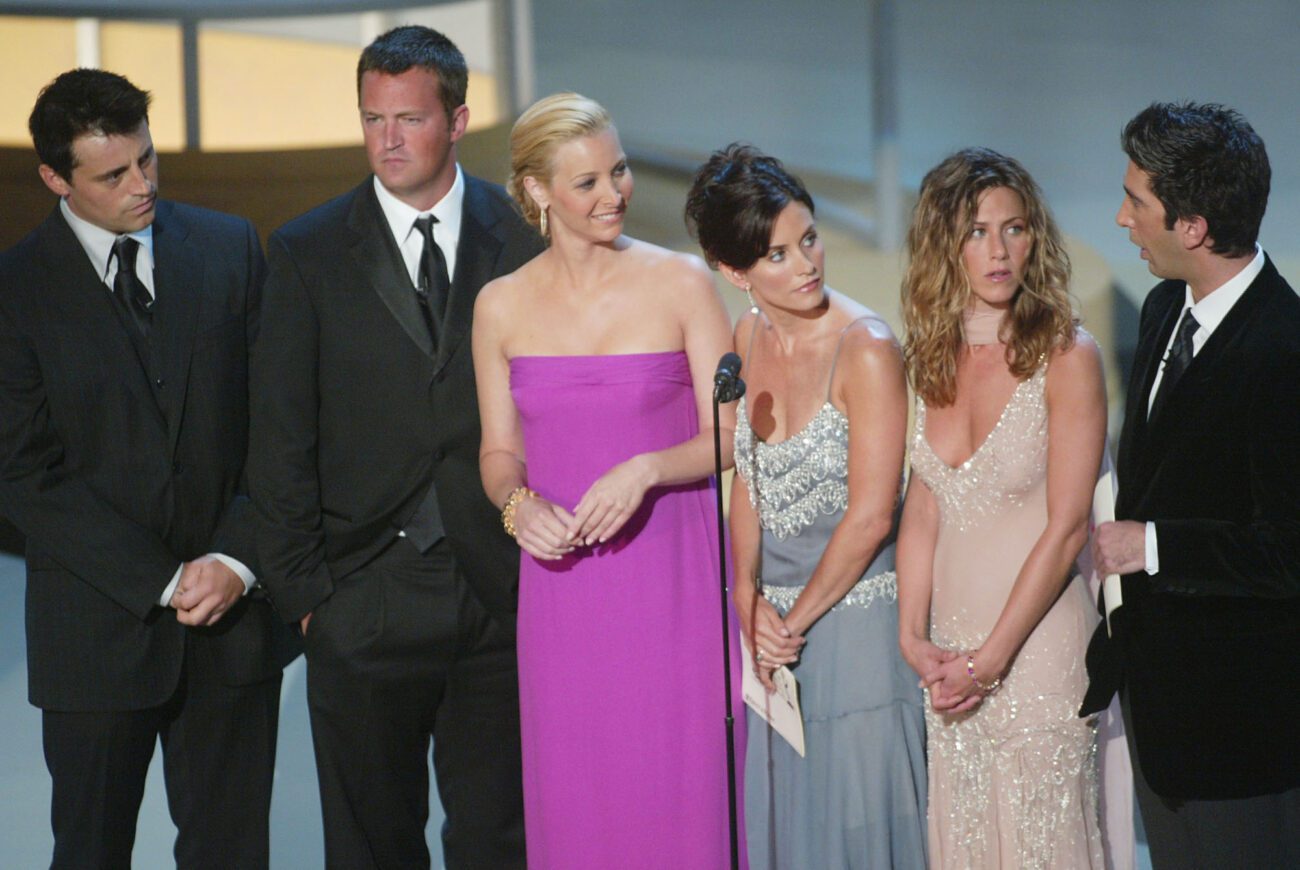 Sometimes, fiction & reality collide in beautiful, albeit cheesy ways. Jennifer Aniston and David Schwimmer, aka Ross Geller and Rachel Green, are reportedly dating. They’re no longer on a break!

Are they though? This nugget from the rumor mill comes from a source who spoke to Closer magazine, claiming Jennifer Aniston had a crush on Schwimmer for a while. Sparks flew after the Friends: The Reunion special on HBO Max and the couple apparently started dating then.

“After the reunion, it became clear that reminiscing over the past had stirred up feelings for both of them and that chemistry they’d always had to bury was still there. They began texting immediately after filming and, just last month, David flew from his home in New York to see Jen in LA”, the source said. 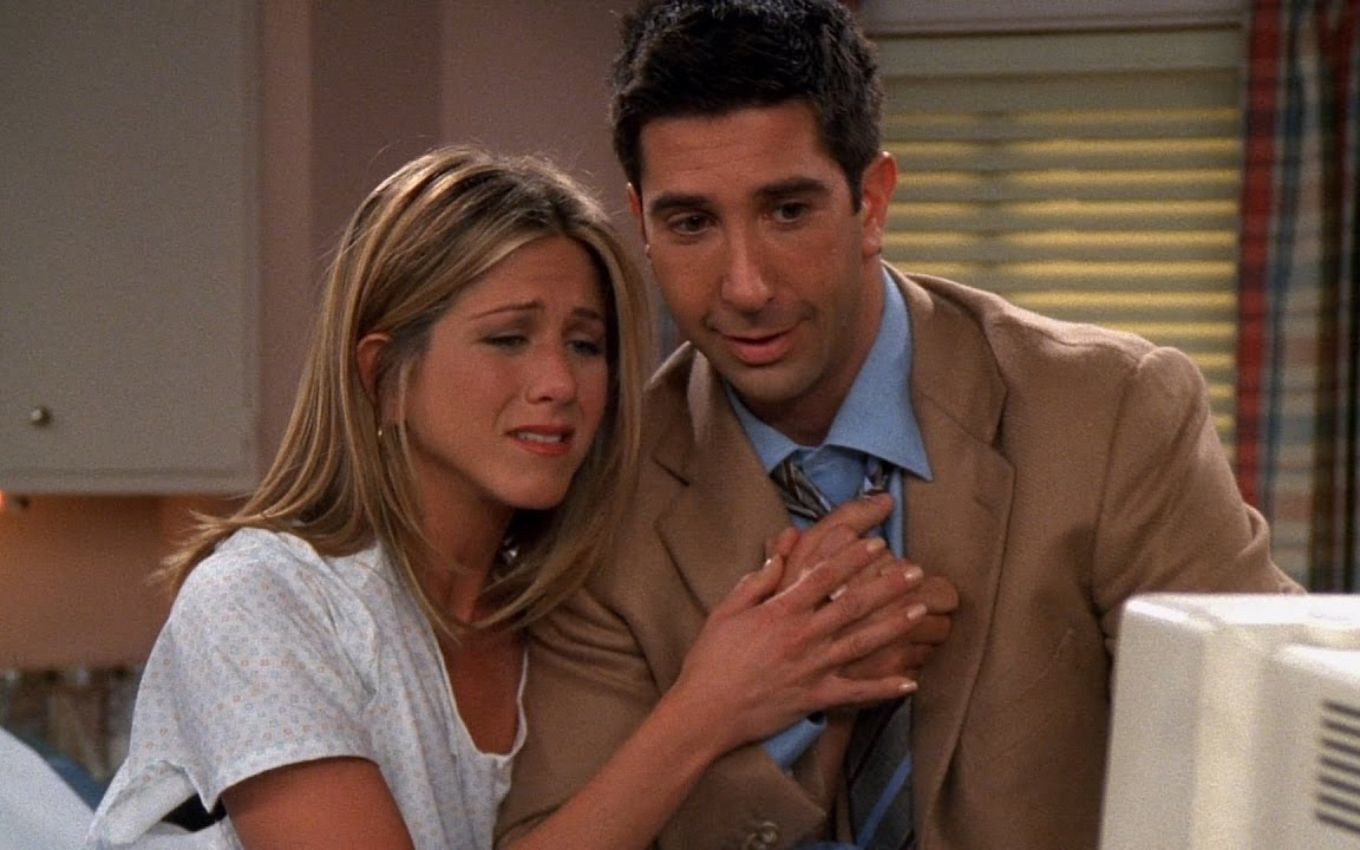 However, there could be something here. The source elaborated: “They’ve been spending time at Jen’s home, where she’s cooked dinners in the evenings, and have enjoyed quality time together, chatting and laughing. They were also spotted drinking wine, deep in conversation, as they walked around one of Jen’s favourite vineyards in Santa Barbara, where it was clear there was lots of chemistry between them.”

So, Friends fans, does this mean Ross & Rachel really are each other’s lobsters in real life? Grab a coffee and a slice of Thanksgiving trifle (or not – we don’t blame you) and let’s dig in! 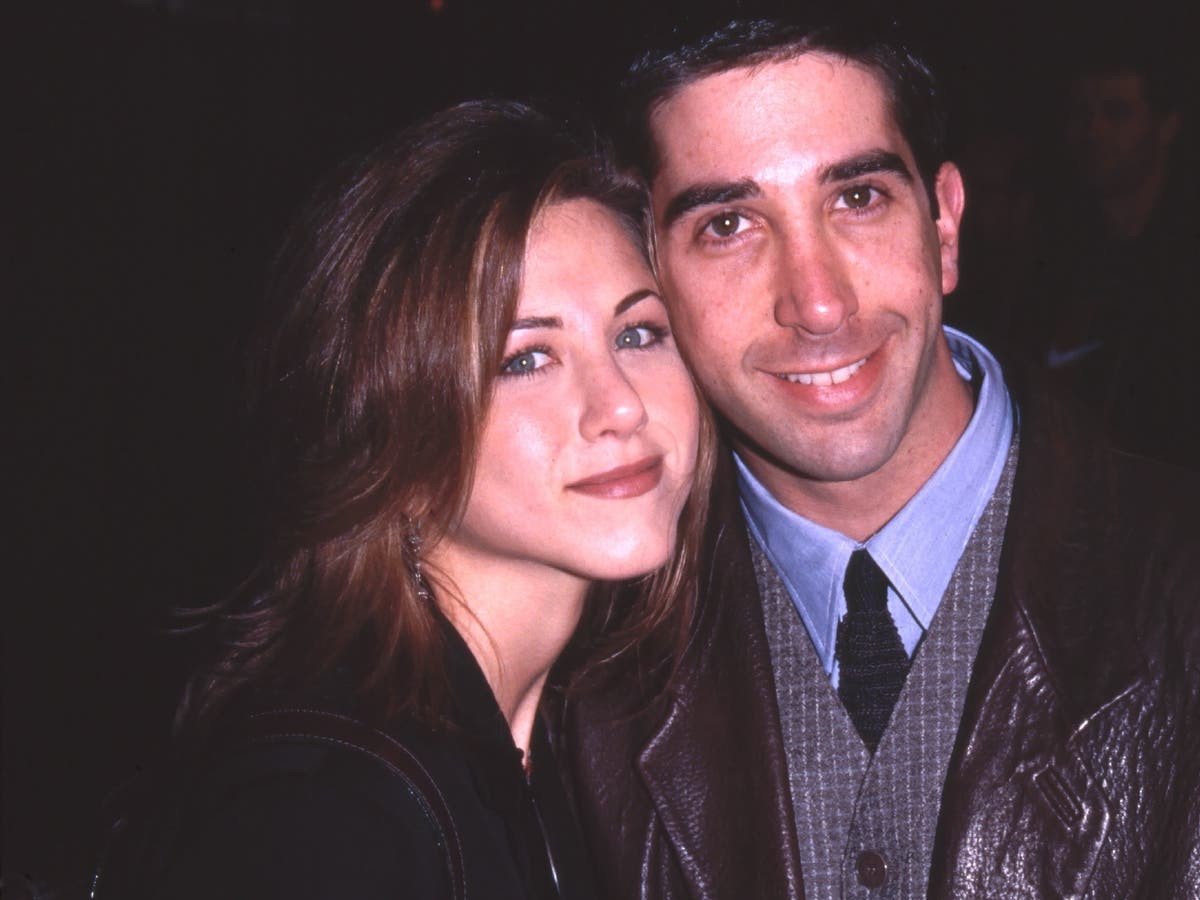 Ross & Rachel will fondly be remembered as the will-they-or-won’t-they couple on Friends. From a high school crush to the heartwarming series finale where Rachel decides not to go to Paris (spoiler alert)  in the series, Jennifer Aniston and David Schwimmer’s characters have chemistry that keeps audiences coming back for more, year after year.

However, Jennifer Aniston’s dating life IRL eclipsed whatever feelings she may have had for her co-star. Aniston famously dated Brad Pitt in the 2000s before he infamously split to form one half of Brangelina. 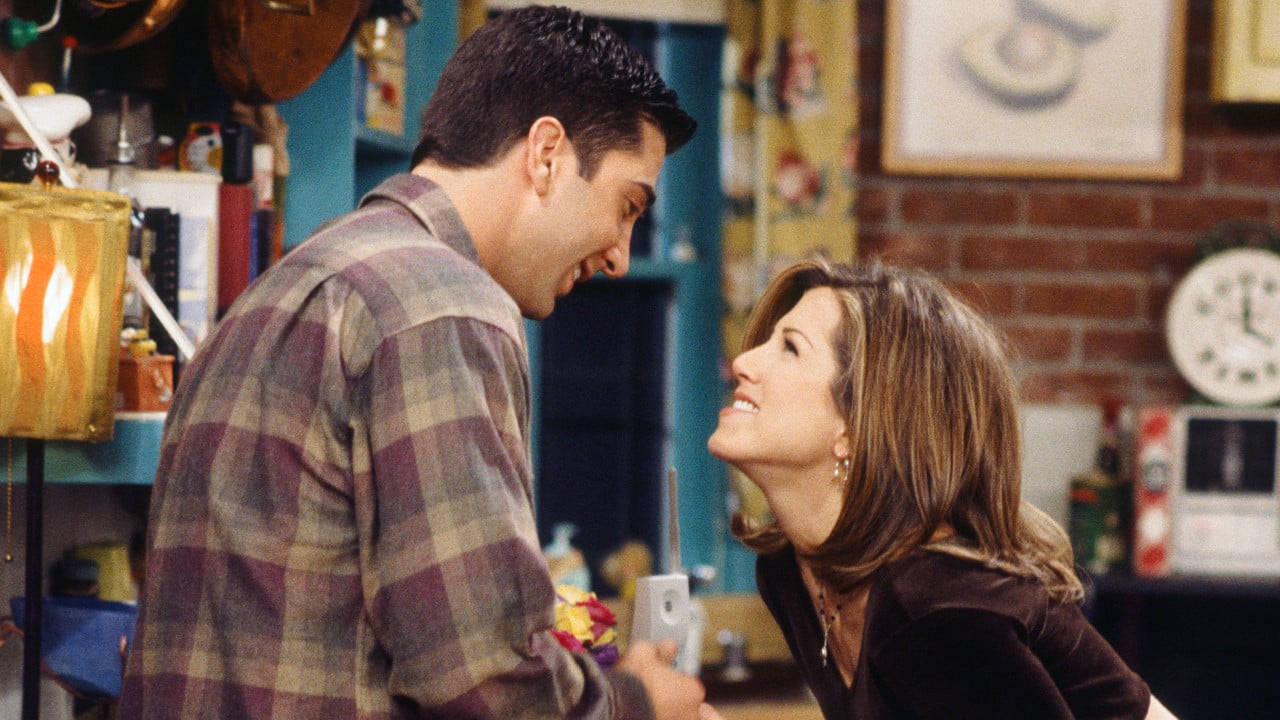 Before, during, and after her time on Friends, Jennifer Aniston’s dating history has been star-studded. Aniston dated John Mayer, Bradley Cooper, Paul Rudd, Counting Crows frontman Adam Duritz, and she even “dated” TV show host Jon Stewart. When Aniston appeared on The Daily Show in 2010, Stewart reminded her of their one date, saying:

“I remember you brought so many of your friends. And I remember thinking, ‘She’s so excited to be on a date with me, she wants me to get to know her posse.’” Except, Aniston recalled the date differently, telling Stewart: “If I remember correctly, wasn’t it sort of like, ‘Hey, a group of us are going out, do you want to join?’”

All I want is for the Jennifer Aniston and David Schwimmer rumours to be true, is that really too much to ask for from 2021? 🦞🦞🙏🙏❤️❤️

Whether it’s overblown or Ross & Rachel are really together, Twitter is rejoicing that Jennifer Anison and David Schwimmer appear to be dating IRL. From lobster emojis to hearts, Friends fans are sharing their joy that a little piece of the show is actually real now (or appears to be).

Jennifer Aniston and David Schwimmer are rumored to be dating 🤗 pic.twitter.com/cdWEQUDfbg

This smile is how every Friends stan imagines Jennifer Aniston & David Schwimmer are looking at each other right now.

We live in strange times indeed. Now, will Schwimmer bust out of Jennifer Aniston’s house wearing a Holiday Armadillo suit? Who knows?

Hope thus one is true! Also I am psychic! This morning was just telling my fiancé this should happen! Jennifer Aniston and David Schwimmer are together! Cosy dinners, long walks and 'a spark' after 20 years of buried feelings | Closer https://t.co/OSc6cEEQUz

This post makes us think Aniston & Schwimmer might be one of those celebrity couples. You know, the ones that make us reach for a barf bag when we see them in our feed – *cough* Blake Shelton & Gwen Stefani *cough*.

Finally, we live in dark times. Can we have a little spark of joy that Ross & Rachel are dating IRL?

Do you think Jennifer Aniston is really dating David Schwimmer, or is this all a moot point? Let us know in the comments below!