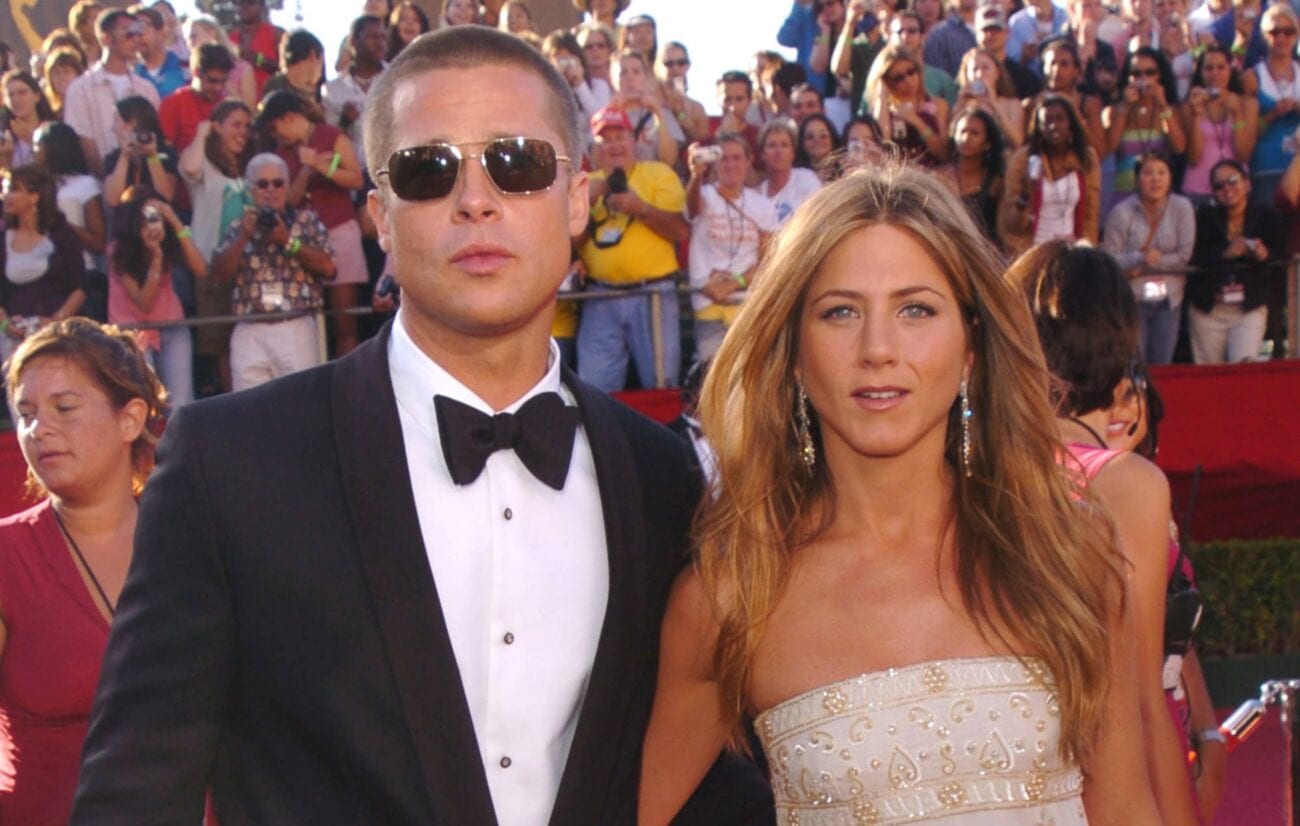 Sooooo . . . are they not on a (permanent) break anymore? Is Brad Pitt dating Jennifer Aniston? Is Jennifer Aniston dating Brad Pitt? Are all Braniston shippers’ wishes coming true? What’s going on?

Okay, deep breaths. This could be nothing – or it could be everything. The Mirror is reporting that Jennifer Aniston has offered Brad Pitt her assistance in getting a puppy. A puppy! That’s kind of an intimate couple-ish thing, isn’t it? Picking a new member of the family, so to speak? You don’t just go get a dog with someone you don’t have a strong connection with.

So, is Brad Pitt dating Jennifer Aniston, or is everyone overreacting? Let’s look into it. 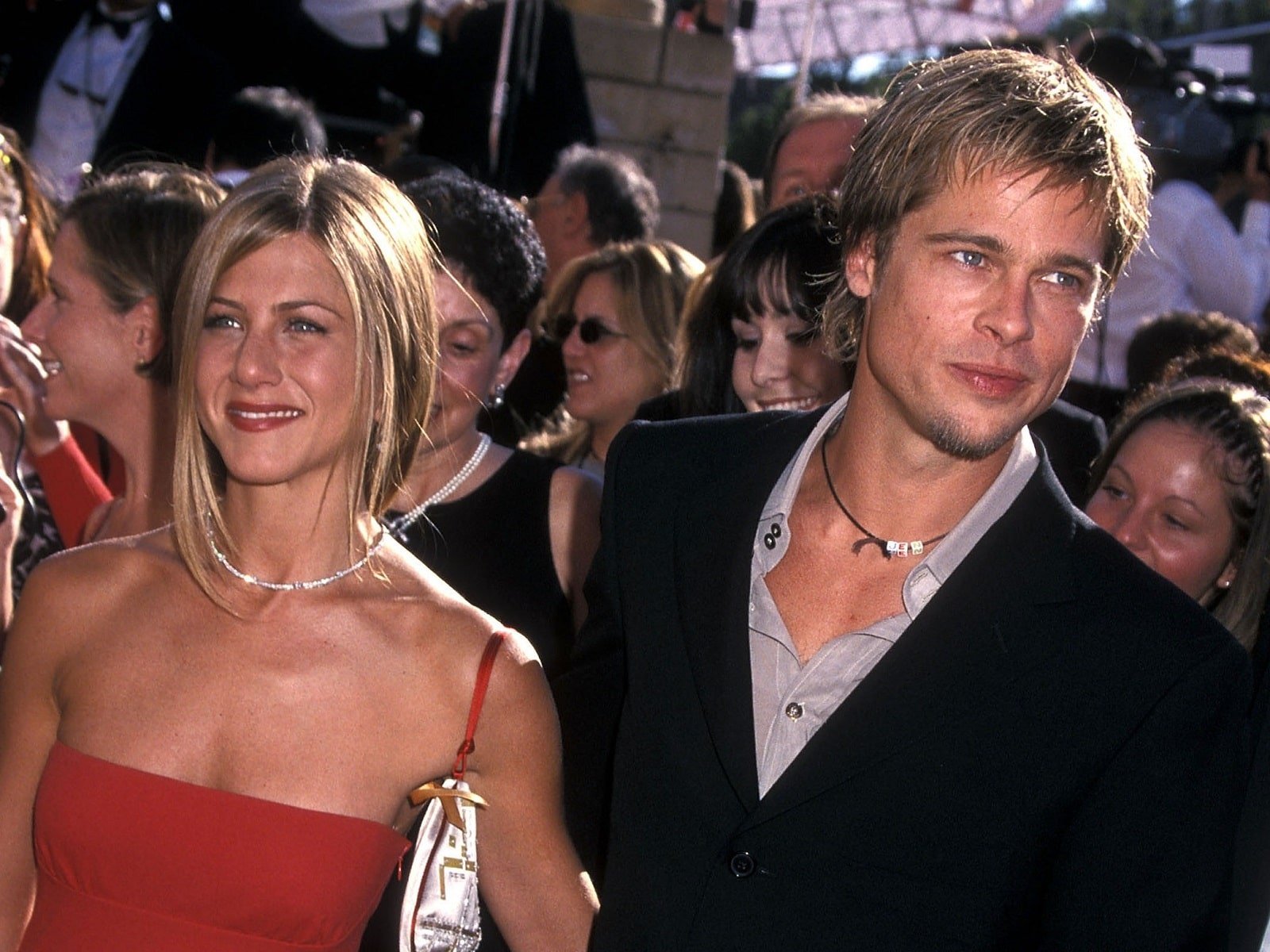 Let’s be honest: this puppy thing could go either way. On one hand, it’s definitely the kind of activity Brad Pitt & Jennifer Aniston would engage in if they were dating. At the same time . . . Brad Pitt’s going through a lot right now. The dude just survived a brutal custody battle that might not be over yet. So wouldn’t it make sense that an old friend, someone like Jennifer Aniston, would try to help him feel better?

Jennifer Aniston’s adoration for her own dogs is fairly well documented throughout her social media. And according to Heat, the Friends star talks about her doggies – Clyde, Lord Chesterfield, and Sophie – as if they were her children. No, you’re not the only one disappointed she didn’t name them Joey, Chandler, and Monica. Brad Pitt has seen first-hand how much Jen loves her pups, so maybe he wants that experience too.

But then . . . but then, what if this is the perfect time for the former lovers to rekindle that flame? You start with a trip to the shelter (Jen better be talking to Brad about adopting a rescue), then you have dinner to celebrate, and before you know it, you’re referring to the dog as “our puppy” instead of “your puppy”. And they better call him Will Colbert, to honor Pitt’s one-time guest appearance on Friends. 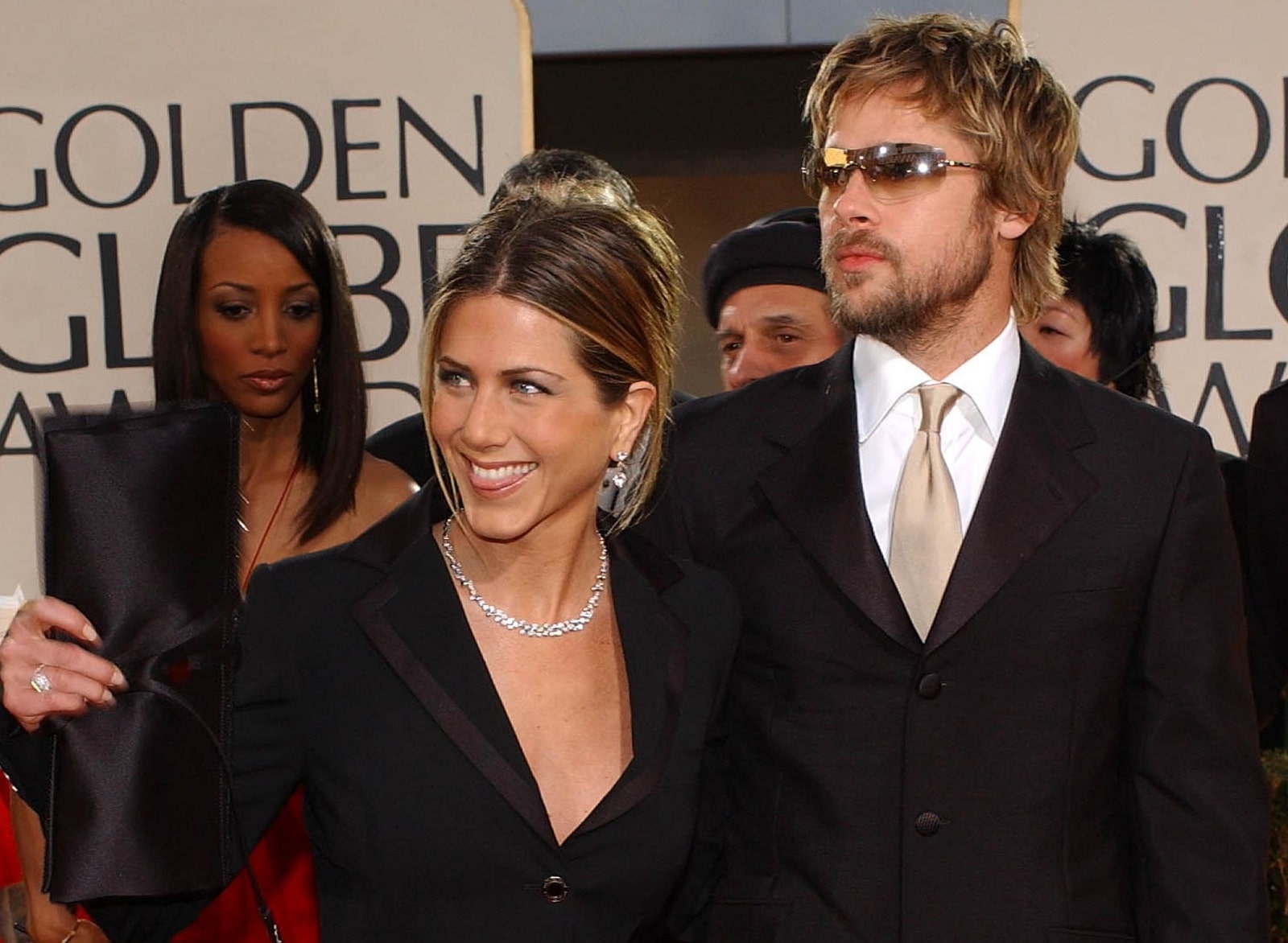 Is Brad Pitt dating Jennifer Aniston? We’ve wondered that out loud quite a few times over the past few years. Many of us have been obsessed with the couple from the beginning, when they announced their engagement in 1999 – at a Sting concert, no less. We joined them in spirit as they tied the knot in 2000, in a Malibu ceremony. Our hearts broke when they split in 2005.

We tried to be cool with Angelina Jolie & Justin Theroux, as they got in the way of our favorite couple reuniting – Jolie marrying Brad in 2014, Theroux tying the knot with Jen in 2015. And we tried not to cheer too loudly when those new marriages ended up not working out. Hey, we’re only human. Then came Jennifer Aniston’s 50th birthday in 2019, and Brad Pitt attended her party . . . .

Look, sometimes it can’t be helped. Sometimes you just ship people. And how cute were Brad Pitt & Jennifer Aniston throughout the 2020 awards season, right before the whole world went to hell? She laughed at his dorky jokes during the Golden Globes. He looked thrilled for her at the SAG Awards. And we could all sense the chemistry was still there, stronger than ever, right? 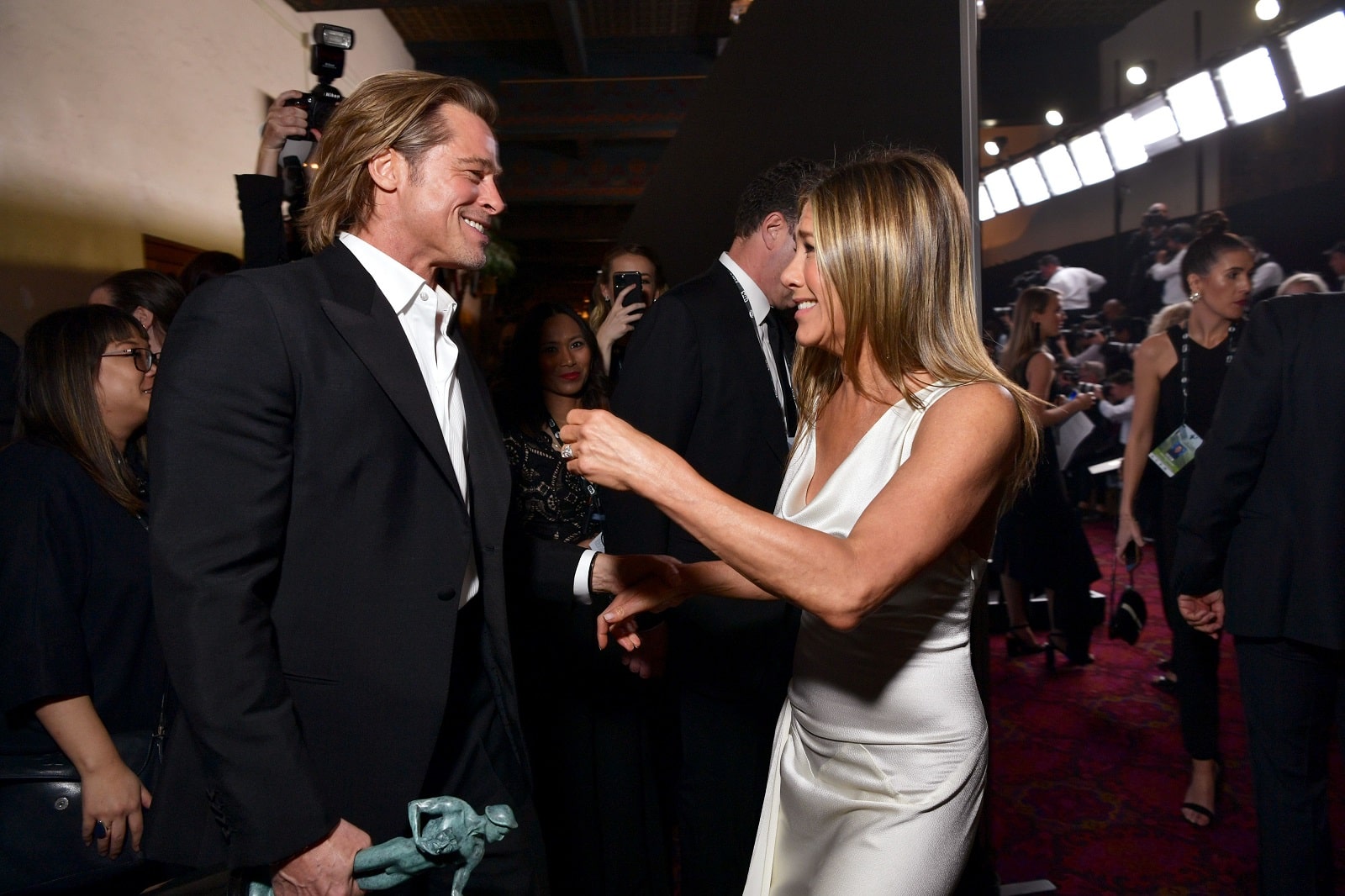 Then again, maybe this is, indeed, just about a good friend helping her buddy find some four-legged companionship. As much as we’d like to ignore them, there have been reports of Brad Pitt & Jennifer Aniston having other people in their dating lives.

On Pitt’s front, The Mirror reports the actor was flirting with Best Actress nominee Andra Day during the recent Oscars. Apparently, they even exchanged numbers. Not to be outdone, Aniston has hinted at being involved with a “mystery man” in some of her Instagram posts. Is she helping that guy get a dog as well? And did Brad really like The United States Vs. Billie Holiday that much?

So what can a Brad Pitt / Jennifer Aniston shipper do, besides continuing to live vicariously through their interactions? Not much, besides keeping an eye out for more tantalizing clues about their true relationship status. Maybe we’ll get a cute group photo with the adopted puppy sometime soon? Let’s cross our fingers.

Is Brad Pitt dating Jennifer Aniston? What do you think? Let us know in the comments!