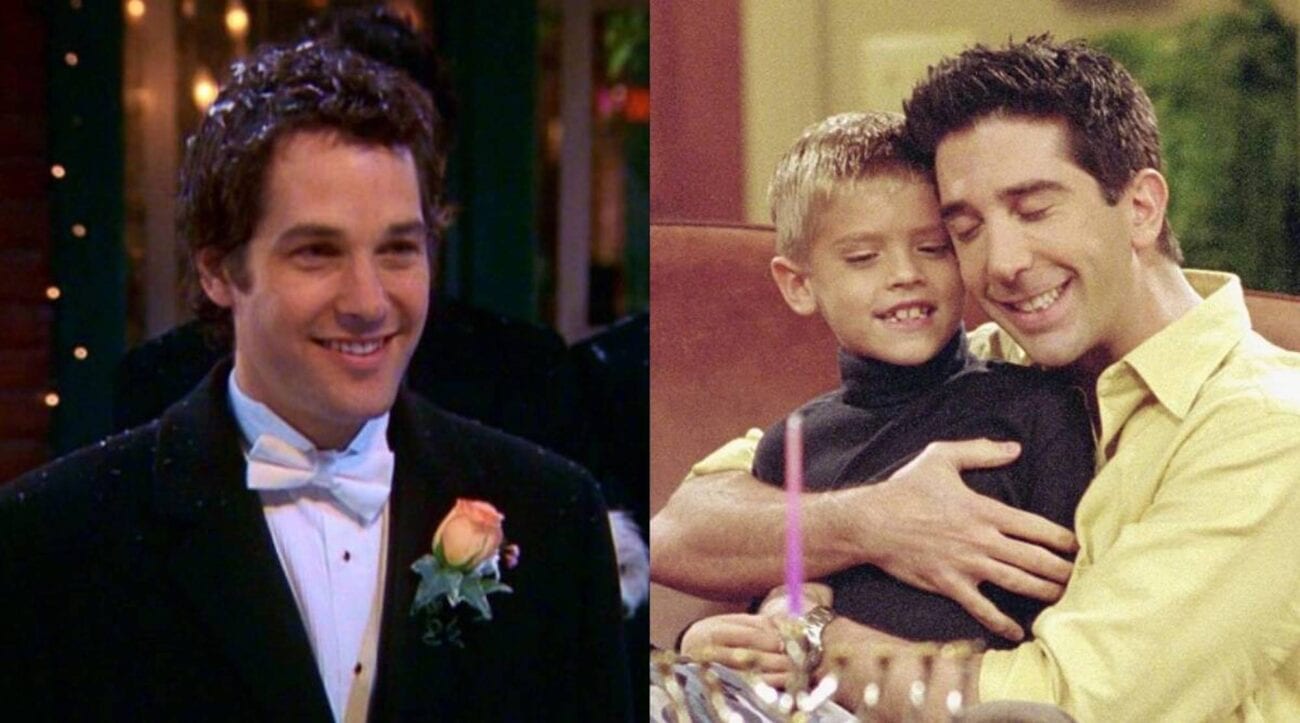 Why did Paul Rudd and Cole Sprouse avoid the ‘Friends’ reunion?

Fans of Friends were thrilled by yesterday’s reunion special dropping on HBO Max. We laughed. We learned. We cried. We cheered. It was what everyone was basically hoping for from the two-hour reunion special about the influential sitcom. The Friends reunion, however, was missing a couple of major stars to join in on festivities. Now fans are wondering why these familiar faces were missing?

Chief amongst the missing actors are Paul Rudd, who played Phoebe’s (Lisa Kudrow) husband Mike, and Cole Sprouse, who played Ross’ (David Schwimmer) son Ben. Why were these two missing from the Friends reunion? Director Ben Winston shared some of the reasons why when talking about the reunion special with The Wrap. So here’s everything you need to know. 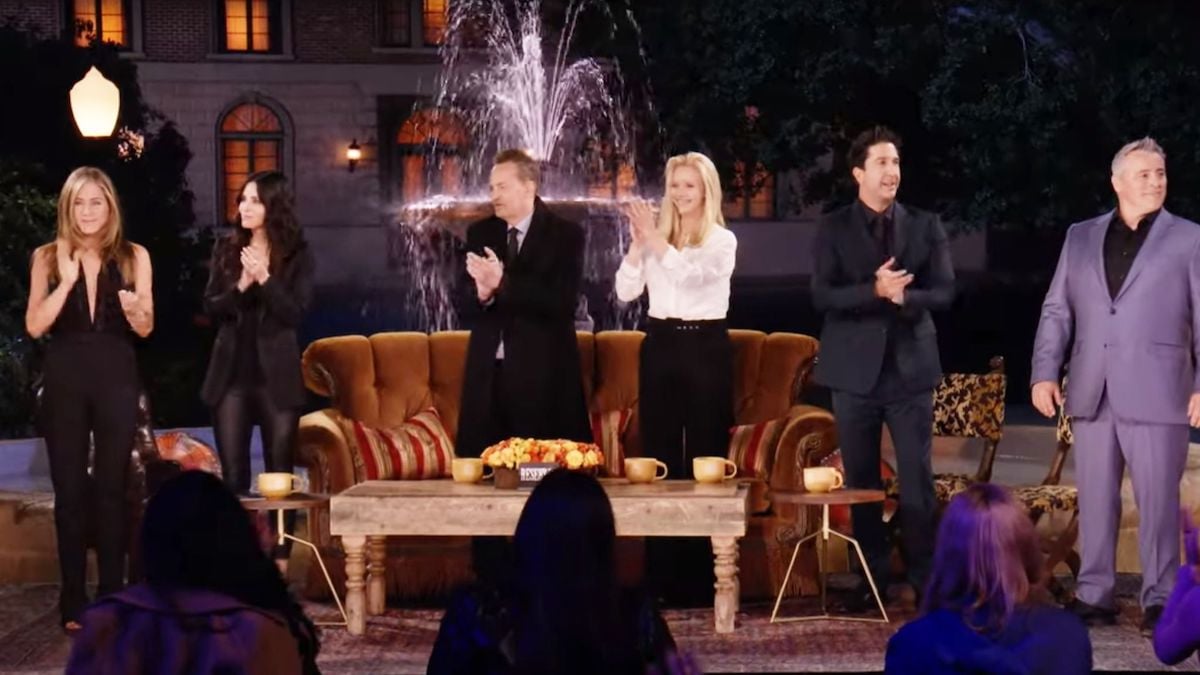 It wasn’t about them

The short answer is? It wasn’t about them. Paul Rudd & Cole Sprouse are not the main characters in Friends. The reunion special, which is only two hours, should be about the six main actors from the series. As Winston said, “Well, we couldn’t have everybody on, because it’s only an hour and 45 minutes. And you’ve got to pay attention—the main nub of the show has got to be about the six cast members.”

He added, “So you can’t have too many cameos because of course, there were hundreds of amazing people who were in Friends over the years. Sadly, we couldn’t get everybody in.” Plus, well, Rudd & Sprouse are both in demand actors with projects that they have to handle. Ultimately, however, they had a limited time. So it makes sense that the focus was on the core actors that made up the series.

Could they have filmed quick cameos from other locations? Probably. It was the decision of the director. He decided to put the focus on the stories that Kudrow, Schwimmer, Jennifer Aniston, Courtney Cox, Matt LeBlanc, and Matthew Perry could share. Seeing as how the reunion is Friends and not Friends and Others? Probably not a bad move. 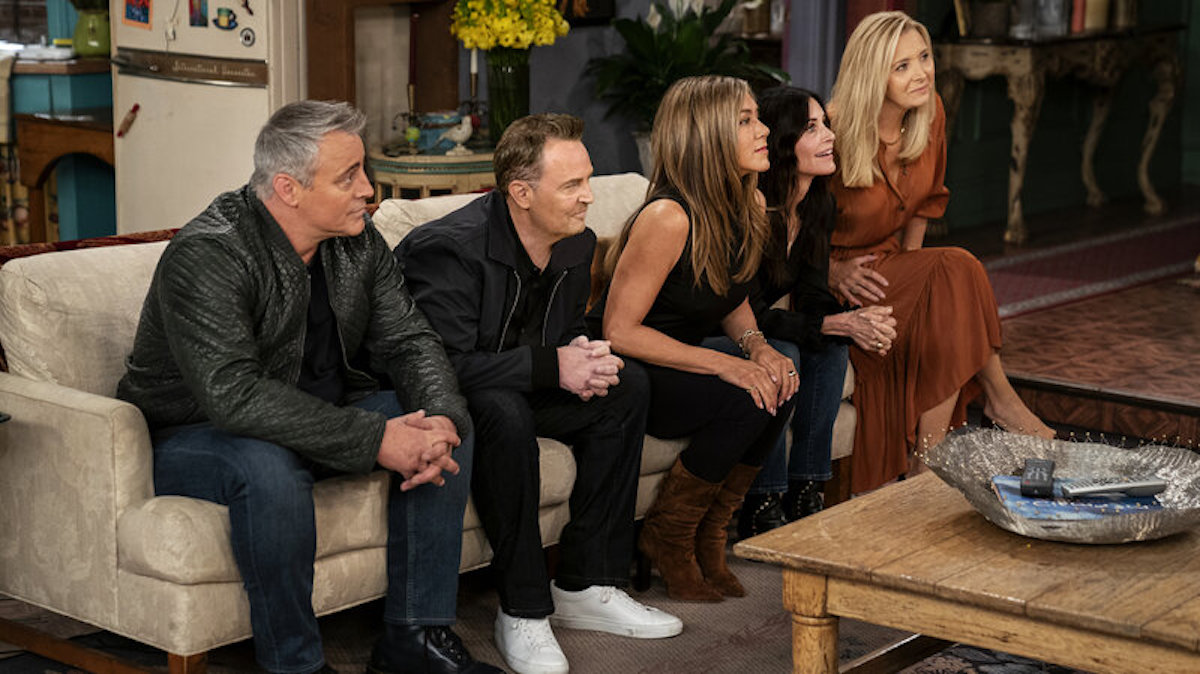 Did you forget we’re in the middle of a pandemic?

Filming for the Friends reunion was done COVID safe as possible in accordance with all regulations. But, if you wanted Paul Rudd or Cole Sprouse? It probably would have required travel and quarantine. Sprouse, after all, is filming Riverdale up in Vancouver. So that would have probably been a pain to get away from. Paul Rudd, meanwhile, is currently filming Ant-Man and the Wasp: Quantumania.

Winston said to The Wrap about filming during COVID: “You know, we did invite some people who weren’t able to make it. It’s a complicated time to be making television now because, you know, some people couldn’t fly internationally, some people were on other TV or film shoots, some people are in bubbles on stuff.”

He added, “I think during a pandemic, it’s really hard to get everybody where you want to be. And the other thing, of course, is we have no flexibility. It was one night that those six [main cast members] were available. The timing of it was incredibly difficult. So, you know, if you weren’t available on the seventh of April at 8 p.m., then, sadly, they weren’t able to be part of it.” 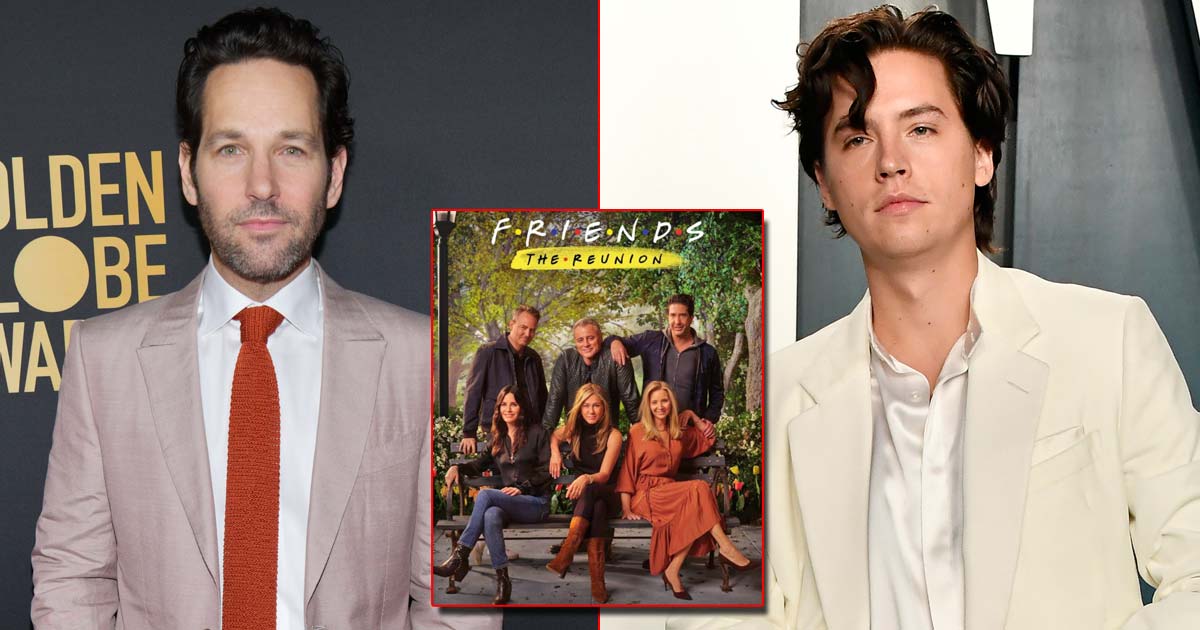 You have two great reasons why we didn’t see Paul Rudd & Cole Sprouse in the Friends reunion. No drama. Just life. It’s what happens when you have to get a bunch of famous people in a limited amount of time to do some filming, you know?

What do you think about the reasons why Paul Rudd & Cole Sprouse weren’t involved in the Friends reunion? Let us know your thoughts in the comments down below!