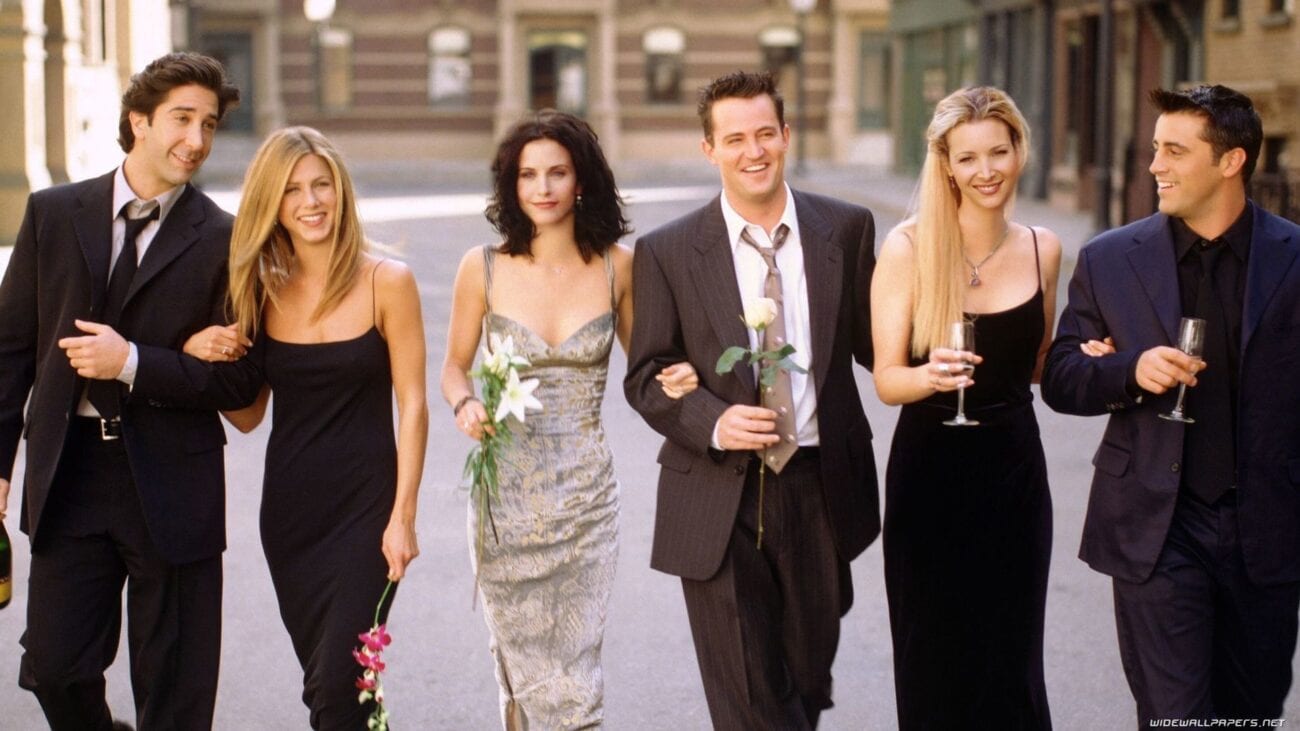 Recover from the ‘Friends’ reunion by rewatching these iconic moments

Hey, no judgment here. We love nostalgia as much as the next millennial. In fact, we’re going to fully jump on the Friends reunion bandwagon by listing a few of our many, many, many beloved moments from the legendary TV series. Wanna join? Read on!

We’re starting off strong, with what we believe is the most iconic moment between Ross & Rachel. Or, at least, the most iconic moment that has nothing to do with their numerous break-ups. It’s not just about the fun of watching an old video featuring younger versions of Monica, Rachel, and Ross. This moment is great because it reveals how long Ross has secretly carried a torch for Rachel in a very sweet way.

Of course, this is also the sequence that gave us the iconic lobster payoff to Phoebe’s weird lobster story. We’ll be disappointed if that isn’t referenced in the Friends reunion.

Did you say yes?

Sorry, we couldn’t find a clip that only featured the Rachel moment we want to single out so . . . well, if you skip to the 12th second, you’ll see the “Noooooo” we love (but all the other ones are great too). In case you don’t recognize what Rachel is reacting to, that’s the phone call where she finds out Ross hasn’t annulled their drunk Vegas marriage.

Sure, on one hand, we understand. Who would ever want to not be married to Rachel Green? On the other hand . . . “Nooooooooooo.”

Phoebe trying to act sexy is always funny. Pair that with Chandler’s awkwardness & neurosis, and you’ve got yourself another all-time classic that better be discussed in that Friends reunion. This scene has it all: Phoebe dancing, Monica cleaning Chandler’s bathroom, Joey snapping a blouse open without ripping the buttons off . . . and all in less than five minutes.

Phoebe may have beaten Chandler in this specific faceoff, but the truth is, like they sometimes say, the real winners were in the audience.

Actually, Joey stepped up, and then he got stage fright. But it’s the thought that counts.

Who doesn’t love this scene? Of course, if we have to narrow it to a moment, it’d either be the reveal that Joey “stepped up” after Monica couldn’t pee on herself, or the reveal that Chandler had to pee on Monica after Joey couldn’t perform. And boy, we hope you’re familiar with this scene, otherwise, this paragraph has probably freaked you out. At any rate, this is quite the story, and told so evocatively too!

Okay, so you have to watch all the way to the end of the scene to get to the very best moment – not a big deal, since these are two glorious minutes (and seventeen seconds) of Friends goodness. “We were on a break!”, “Eighteen pages, front and back!”, “Fine by me!”, and, of course, “It’s not that common, it doesn’t happen to every guy, and it is a big deal!”.

All this ends up just being the perfect setup to one of the best buttons to a scene in the history of the show. Yes, Chandler, we knew it too.

This is how we casually found out Rachel is into toe-play. But the real star of this scene is Monica, who gives Chandler a PG tour of erogenous zones that most guys would find pretty useful. It’s a raunchy bit that never goes vulgar, and the payoff rivals that classic fake orgasm scene from When Harry Met Sally.

Any chance they’ll reference “seven, seven, seven” (or any of the other combinations) in the Friends reunion?

All hail the winners

Let’s close it with the greatest entrance in a 90s sitcom. We could probably do a whole list of great moments from the trivia episode where Rachel & Monica lose their apartment to Chandler & Joey. Instead, let us rein it in and be economical: let’s celebrate the guys’ triumphant ride into their new digs. Is there anyone who didn’t want a giant dog sculpture of their own after that?

Did you watch the Friends reunion? What are your favorite moments from the show? Let us know in the comments!